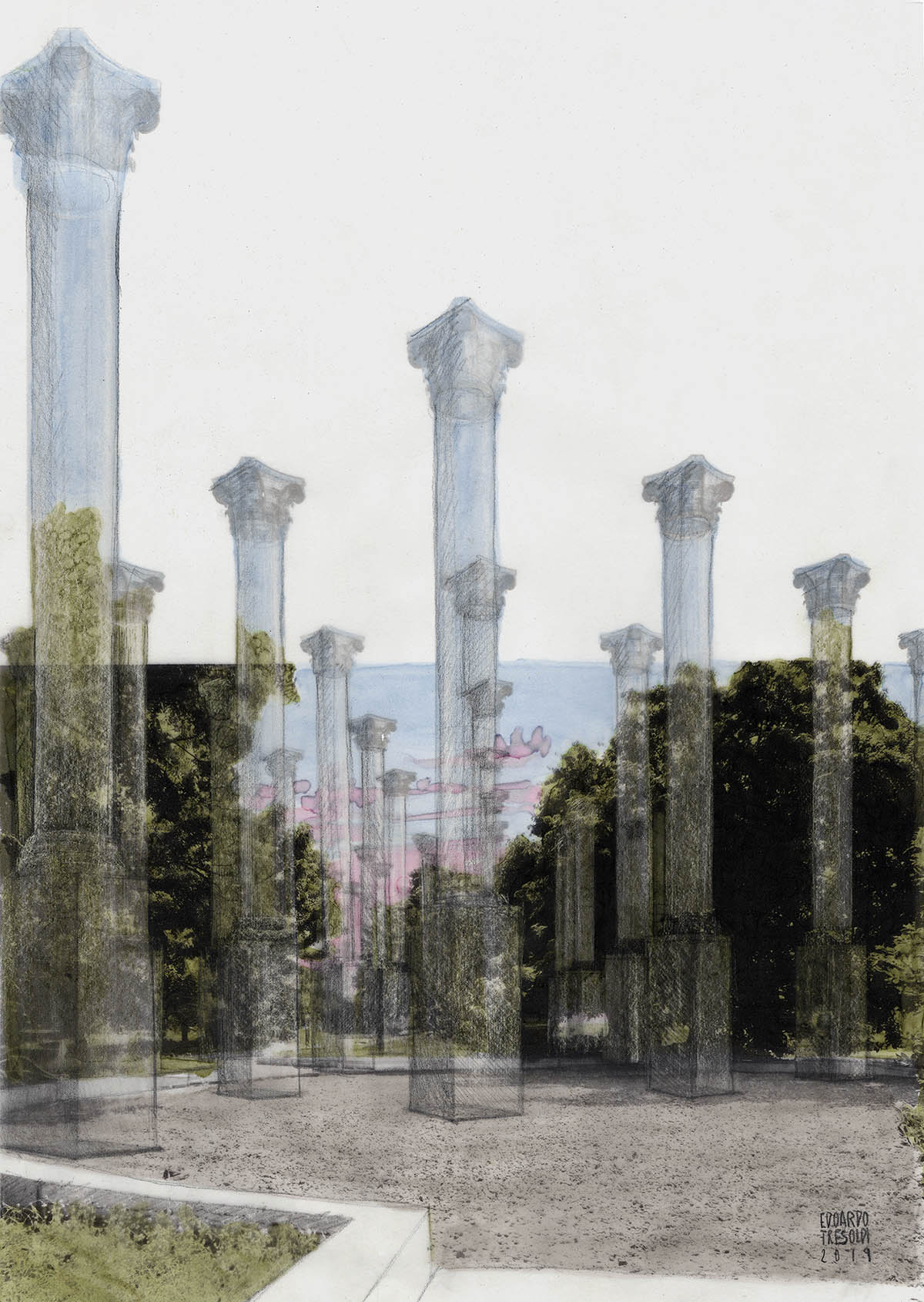 Italian artist Edoardo Tresoldi has announced the launch of "Opera", his new public art permanent installation on Reggio Calabria’s seafront, promoted and commissioned by the local Municipality and the Metropolitan City.

The construction site started in July, the opening is scheduled in September 2020. Opera was created to celebrate the contemplative relationship between place and the human being through the language of classical architecture and the transparency of the Absent Matter, a relationship expressed through wire mesh.

The open structure - consisting of a colonnade of 46 pillars peaking at 8 meters at their highest point within a 2,500 square meter park - will offer a new monument fully crossable and accessible to locals and visitors. The installation will be part of one of the largest European public spaces and aims to become a new landmark in the region. 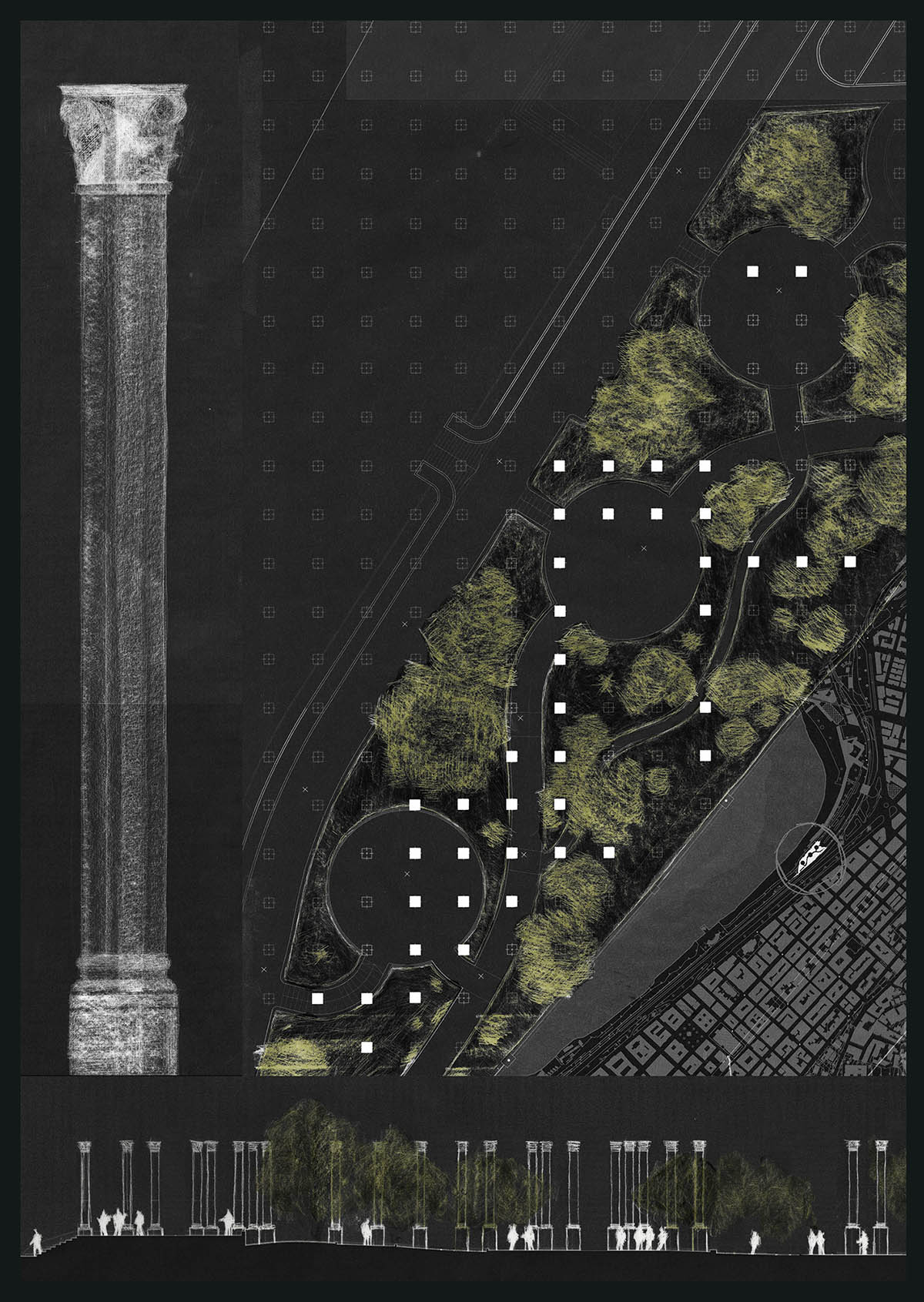 The installation generates a sort of imaginary space, a mental agora that leads visitors into an ever-changing perceptive dimension thanks to its playing with heights and depths.

"Opera was created to emphasize the character of place through the built element, thus suggesting an additional layer of understanding. I tried to build a place of contemplation and to investigate the role of public art today, which I believe should be able to embrace the present," said Edoardo Tresoldi. 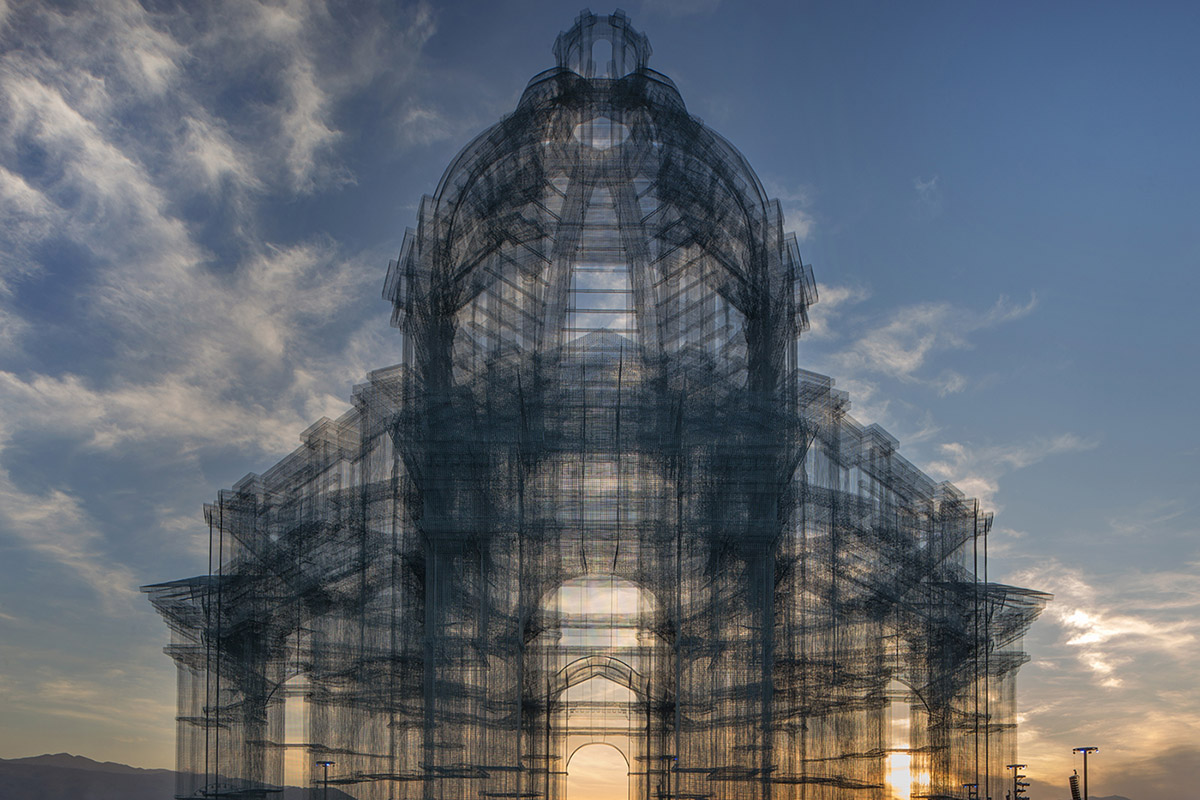 Opera is Tresoldi’s second installation in Calabria after Il Collezionista di Venti in 2013 and the second major permanent public artwork in Italy after the Basilica of Siponto in Apulia, commissioned by the Italian Ministry of Culture in 2016. 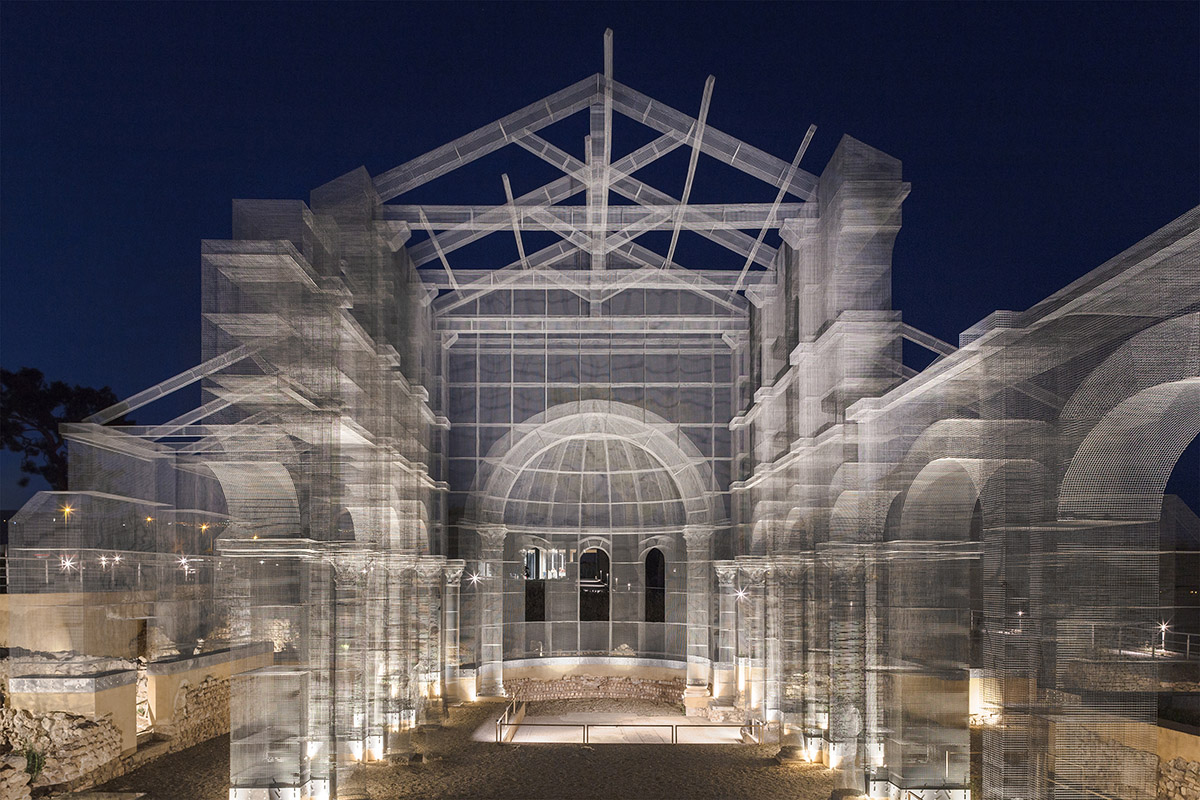 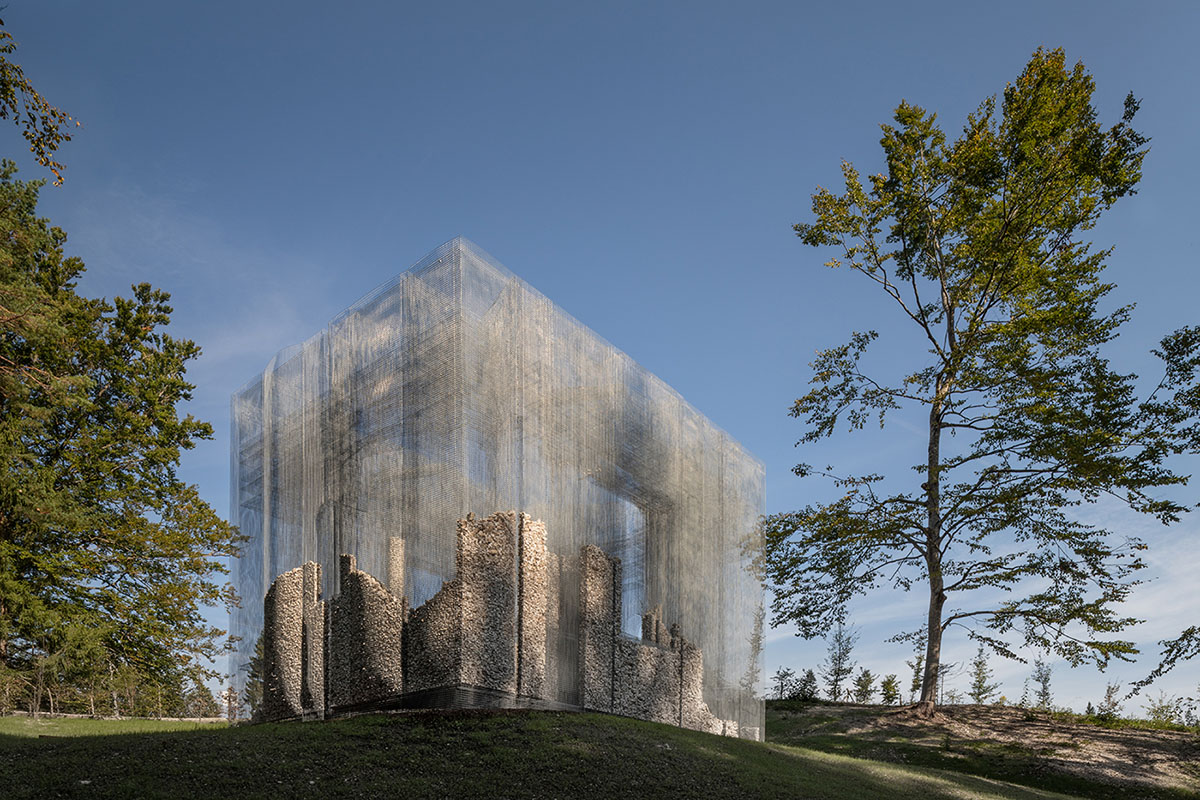 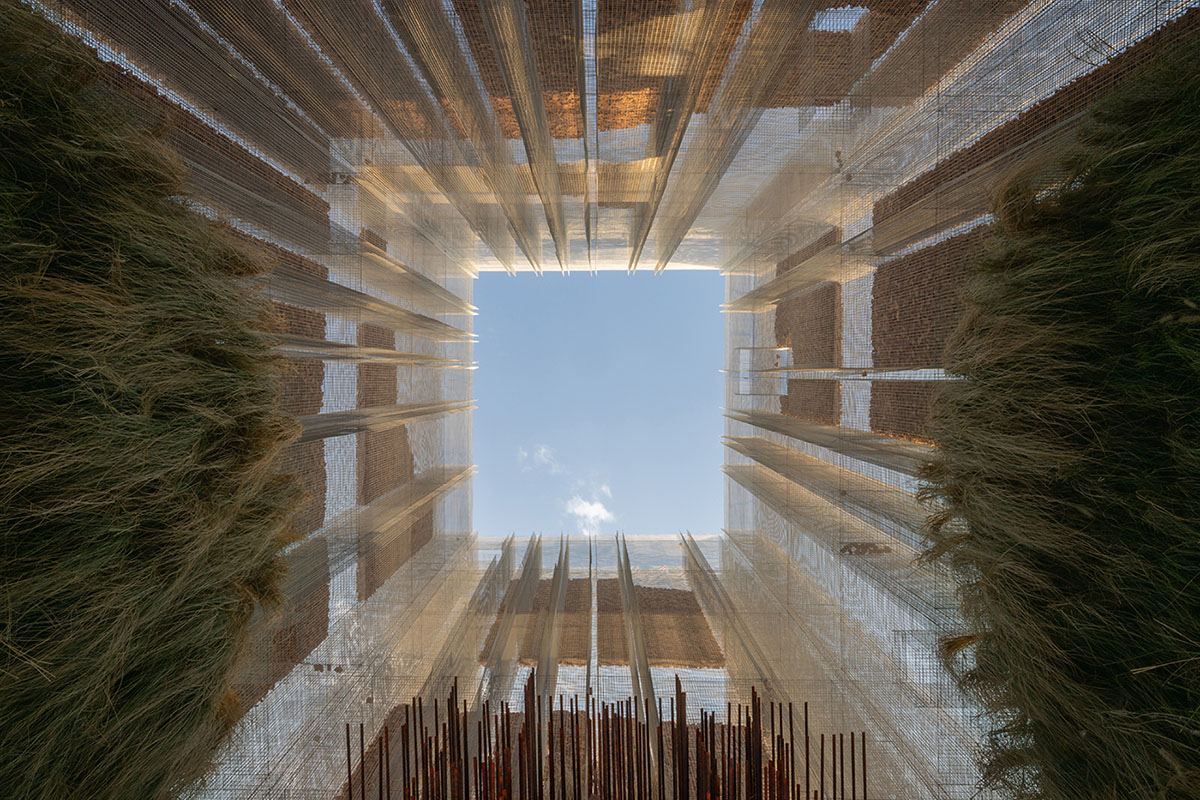 Edoardo Tresoldi researches the poetics of the dialogue between man and landscape by utilizing the language of architecture as an expressive tool and interpretation of places.

The Italian artist plays with the transparency of mesh and with industrial materials to transcend the time-space dimension and narrate a dialogue between Art and World, a visual summary which reveals itself in the fade-out of physical limitations. Since 2013, he has performed installations focusing his research on the study of landscape elements.

Under Falcomatà seafront, in the park at the end of via Giunchi Reggio Calabria, Italy