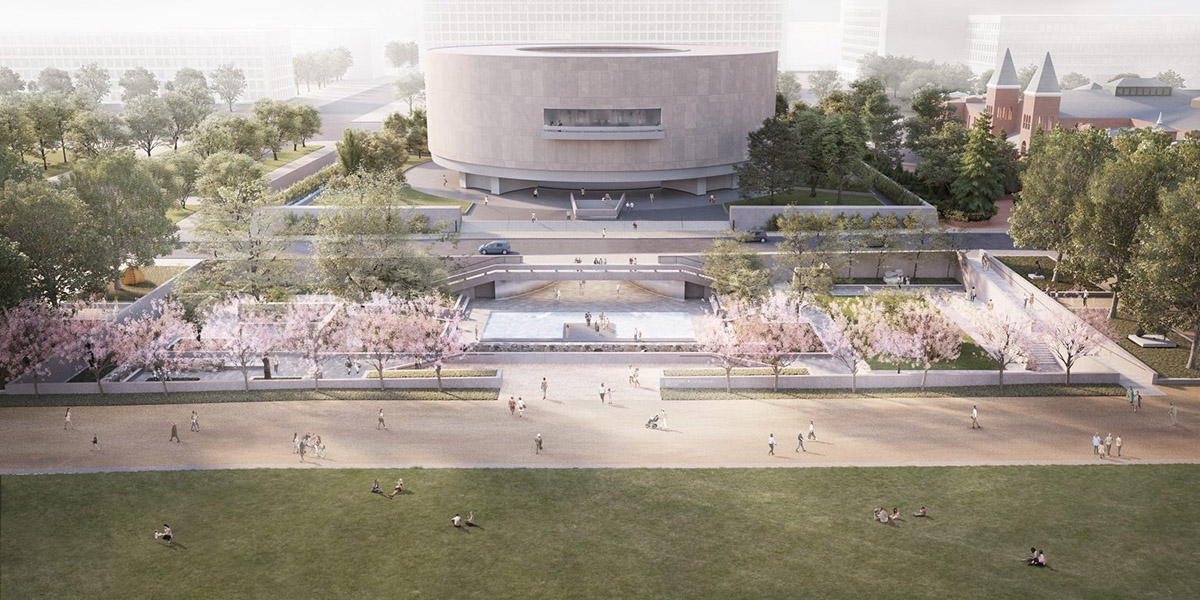 Revitalization plans for the sculpture garden of the Hirshhorn Museum in Washington D.C. have faced with criticism for undoing key features of post-war landscape design by landscape architect Lester Collins and design of the garden by Gordon Bunshaft.

The new plans were first announced by the Hirshhorn Museum in March 2019 to repair the garden's infrastructure with enhanced accessibility and new galleries.

The new designed is envisioned by Japanese artist and architect Hiroshi Sugimoto to open up the garden site to the National Mall and pursue more cohesive design with an integrated plaza, garden and the museum. 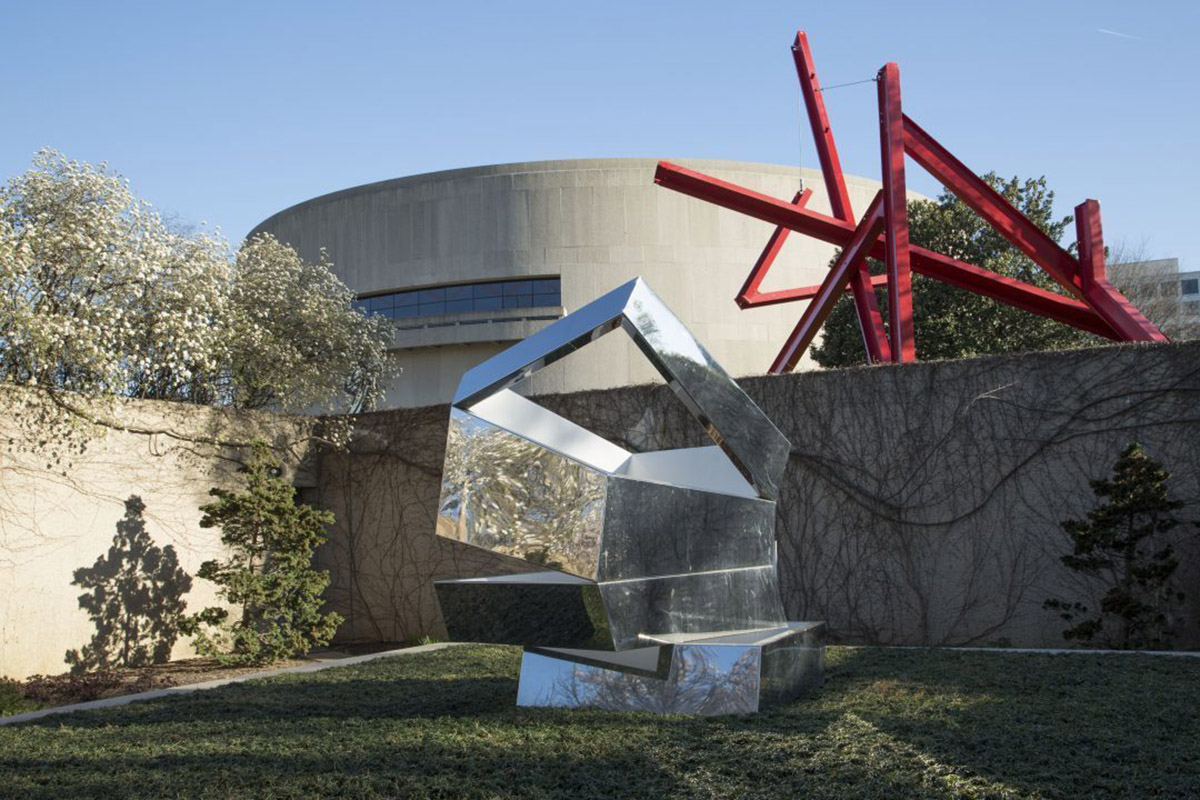 The revitalization plans, initiated as part of the Smithsonian Institution, included the transformation the museum’s lobby, the first cohesive redesign of the iconic Gordon Bunshaft-designed building in the museum’s 42-year history. Sugimoto formerly redesigned the lobby of the Hirshhorn Museum.

However, the New York Times reports that the Cultural Landscape Foundation (TCLF), an education and advocacy organization, and Docomomo US, a non-profit organization standing for the documentation and conservation of buildings, are closely monitoring the revitalization plans in a review process and the Cultural Landscape Foundation and Docomomo US have released statements and raised concerns regarding the development of the project.

Released in a press statement on June 19, the Cultural Landscape Foundation noted that "the sunken garden at the Hirshhorn, like many landscapes, has a carrying capacity for change."

"However, any revitalization effort that sacrifices the clarity of the unified and holistic design must be deemed a failure, no matter its artistic ambition or programmatic utility. Were this a private property, the owners would have free rein to redesign it as they see fit. However, this is a work of art held in public trust."

"TCLF believes the sculpture garden and the museum building should remain intimately bound together, just as Bunshaft conceived them to be." 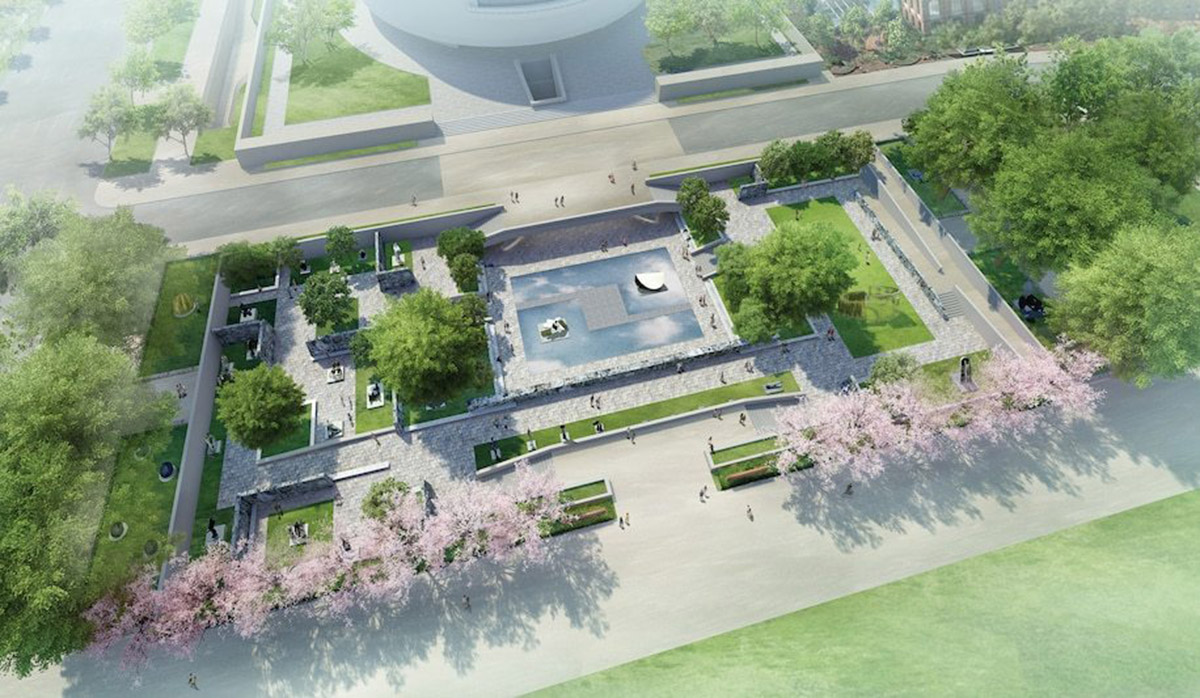 The Hirshhorn Museum and Sculpture Garden is attracting many visitors in the country. In the past three years, the Hirshhorn has enjoyed record annual visitation approaching 1,000,000, more than 50% higher than in each year of the preceding three-year period. The campus is the only Smithsonian museum directly integrated into the National Mall, which receives 35 million annual visitors.

Sugimoto's new design aims to create a new "front door" on the National Mall that welcomes increasing numbers of visitors to the Hirshhorn by widening sightlines into the Sculpture Garden and improving accessibility, shade and seating. 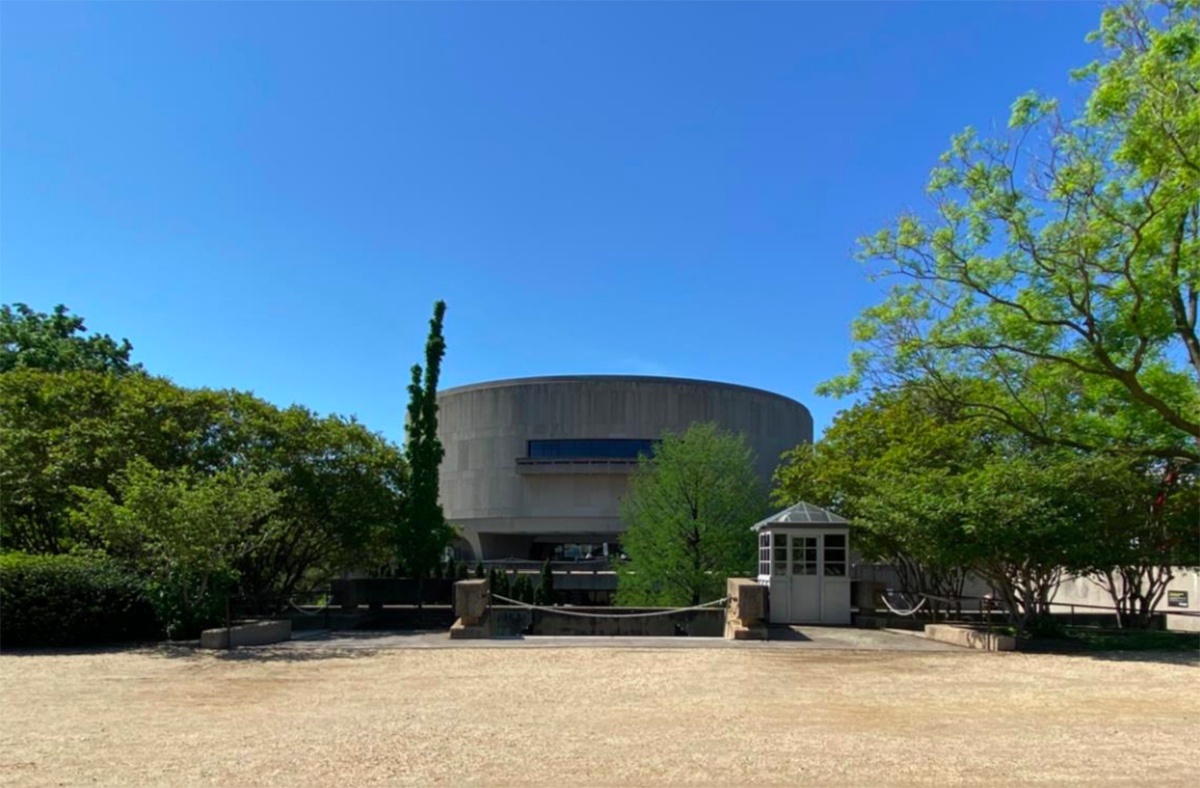 Before. View from the National Mall. "Relationship of the Sculpture Garden to the Plaza and Museum beyond is preserved with the consistent use of aggregate concrete perimeter walls as the first visible feature and material". Image courtesy of Hirshhorn Museum

Another press statement by Docomomo US shared details and analyses on the redevelopment plans, which puts high risks for primary features of the sculpture garden by Lester Collins and architect Gordon Bunshaft.

"The presentation included a detailed overview of the material selections for the garden walls. Some walls will be replaced with concrete aggregate, like the original, while other walls will be made of stacked stone," said a statement.

"A focus of many of the comments on the design was the decision to change the central inner partition wall from concrete to stacked stone."

"The central retaining wall, circled in red in the plan below, is one of the primary organizing features of the garden both as designed by Gordon Bunshaft and Lester Collins. Multiple speakers felt that it would dramatically alter the garden to reconstruct an original primary feature of the garden in a new material." "Andrew Lewis, with the SHPO office, stated that as the wall is one of the first features of the Garden that visitors encounter from the Mall, it needs to maintain its current direct visual connection to the museum building by remaining concrete aggregate like the building facade. SI personnel stated a strong preference for the wall being stacked stone as a backdrop for sculpture."

"Mr. Lewis also expressed concern that the redesigned reflecting pool still differs too much from Bunshaft’s original design and lacked the strong connection of the original design between the museum building’s south-facing window and the width of the pool. SI classified the alterations to the reflecting pool as an adverse effect in the presentation," reads a statement.

"SI anticipates finalizing the AOE this summer and is planning for a second mock-up of the stacked stone walls and benches in the fall. SI is planning to seek NCPC Final approval in early 2021."