Collaboratory – A Journey from Segregation to Integration 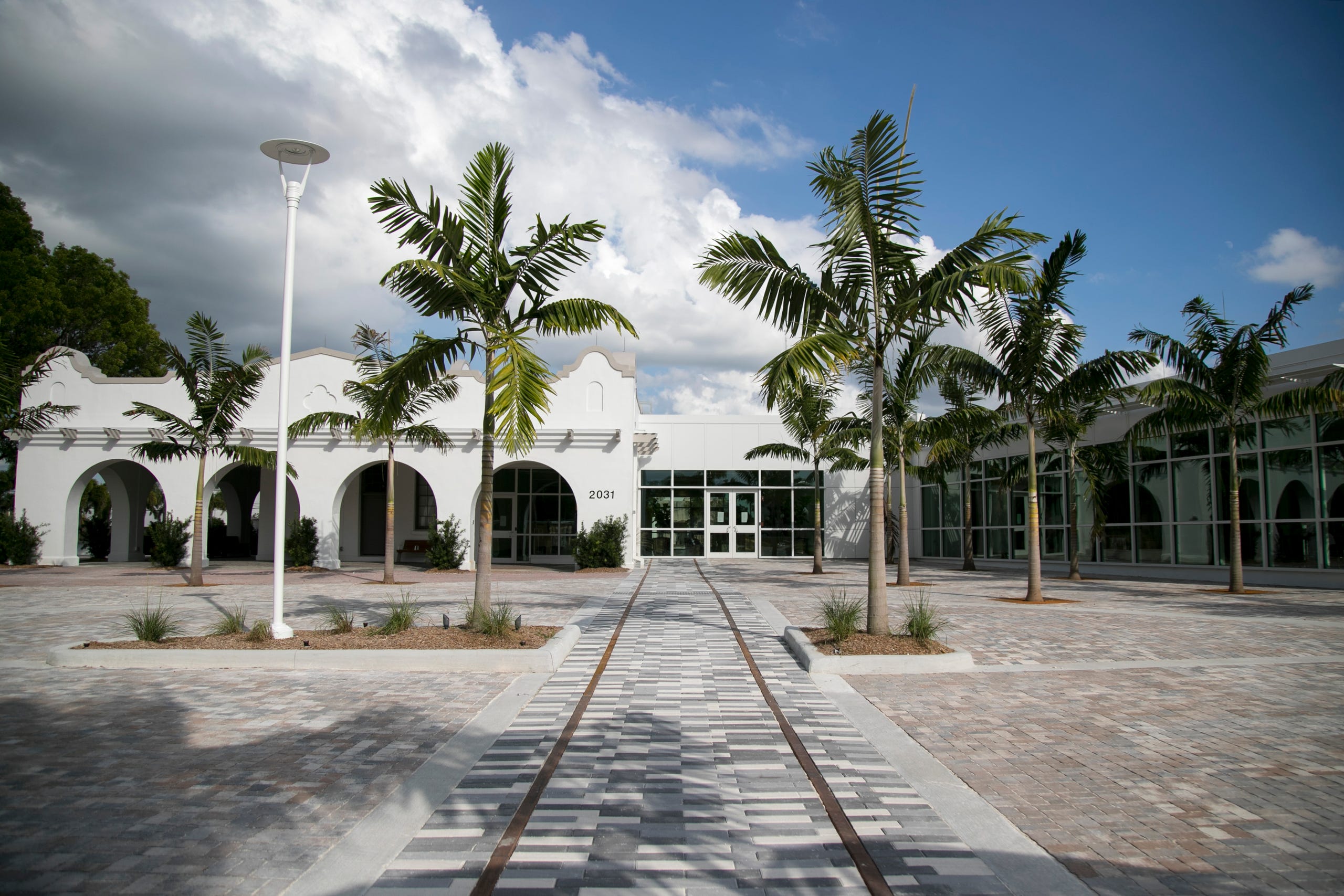 Constructed in brick, the Mediterranean renaissance structure has lived through three building functions over a century. Built-in 1923, the structure was proposed as an Atlantic Coast Line Railway Station connecting the East Coast, which later in 1970 had been abandoned due to the rise of the automobile industry and resulted in simultaneously the fall of railways in the United States. A significant by-product of racialism in the 20CE is now glorifying the ideology of alliance, team-work, and collaboration in the historic downtown of the City of Fort Myers in Southwest Florida.

In February 2017, exactly after 93 years of the original presentation of the train station, the major renovation work began to build the next Regional Collaboratory and a Technical Hub where the ideas of social, economic and sustainable change will be brought forward. The city has been bestowed with a new future- a future where collaboration is the conclusion, the partnership is the operation and invention is the emergence. The building now functions in contrast with its initial uses; it acts as a medium of further development of people irrespective of their color, the beginning of new technical and economic ideas to enhance and strengthen the regions. The Collaboratory is going to be “game-changer” claims the Foundation President & CEO, Sarah Owen. 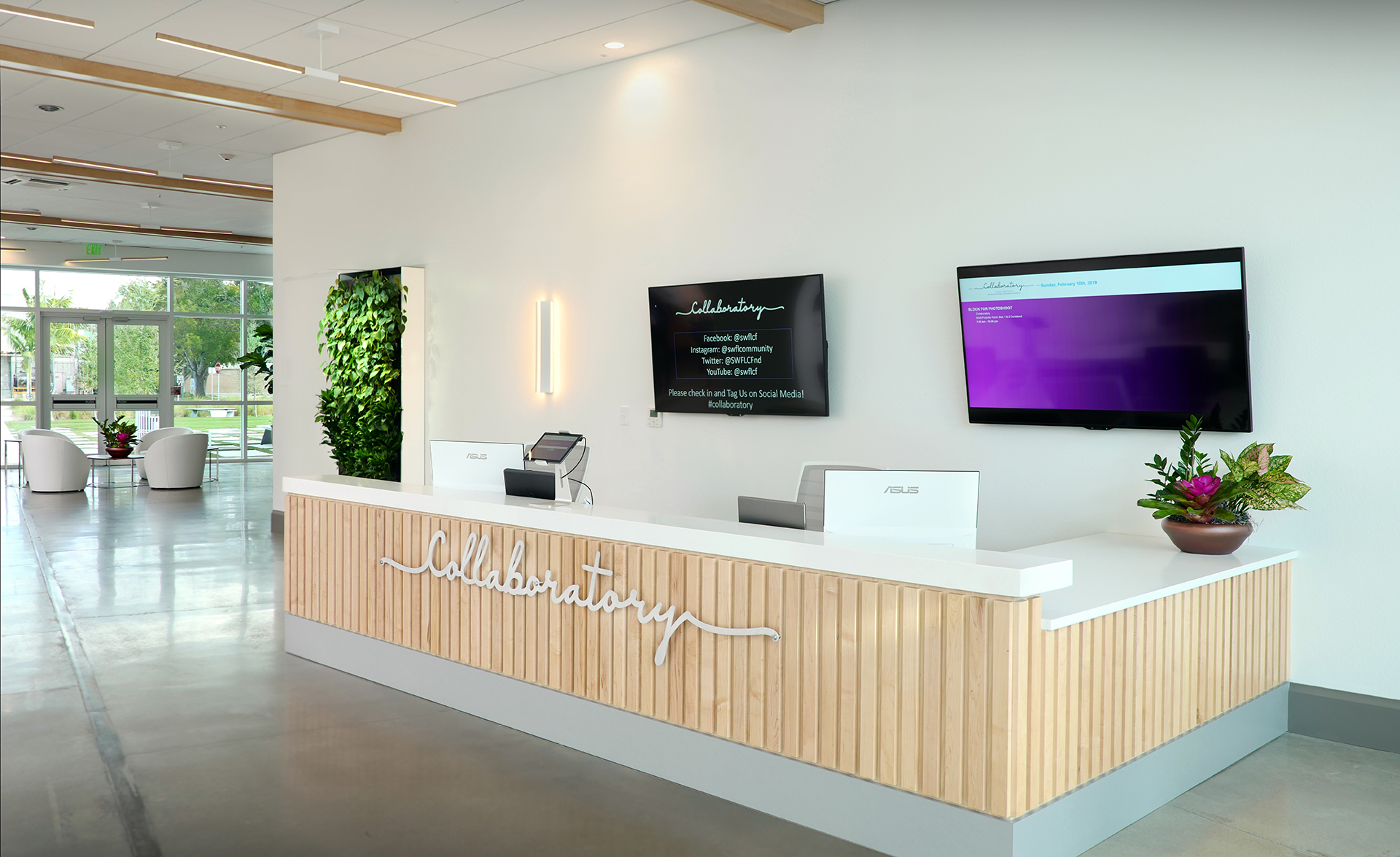 The building has been beautifully renovated, preserving all the striking architectural features of the 1920’s train station. The rail tracks could still be observed running through the building, which now is the center of the lobby. The old segregated rooms for people with color are now operating as co-working spaces and individual conference rooms. The interior ticket selling windows have not been replaced but modified – similar-looking old train station windows with dense iron grilles running horizontal and vertical. The segregated zones have now been connected and used as technical hub meeting pockets and collaboration zones. 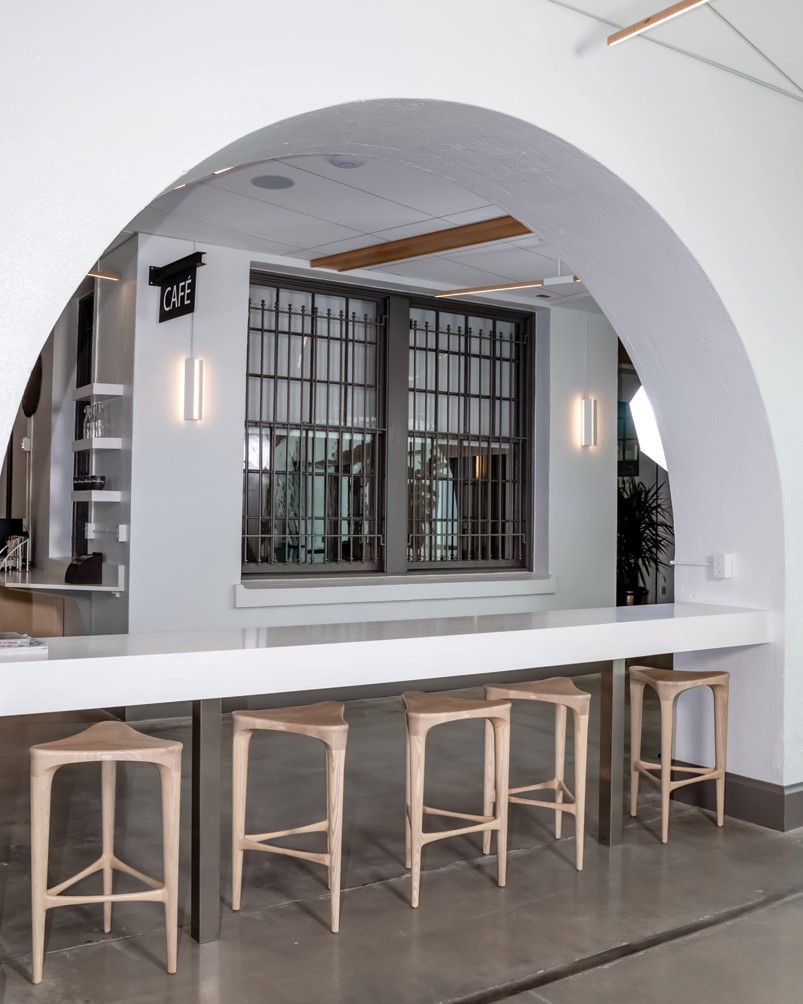 The Southwest Florida's Community Foundation Collaboratory stands in pride with a LEED Gold Plague at the heart of the building. This low-impact development of the renovated train station and an additional 15,000 sqft promises a sustainable future and an ideal example for its people and city. The multi-pane ceiling-to-floor storefronts allow a considerate amount of natural light to maintain the airiness of the building. Florida-friendly plantations enable native species to be explored and lesser water-use requirements. Other features involve a low-volume irrigation system, wetlands in the form of rain-gardens and permeable pavers recharging groundwater. Considering the precipitation in Florida's state, this building will contribute to water control during heavy rains. Solar trees stand on the patios catching the sun and delivering clean and emission-free energy to the building, adding to a lesser reliance on an external source for electricity. 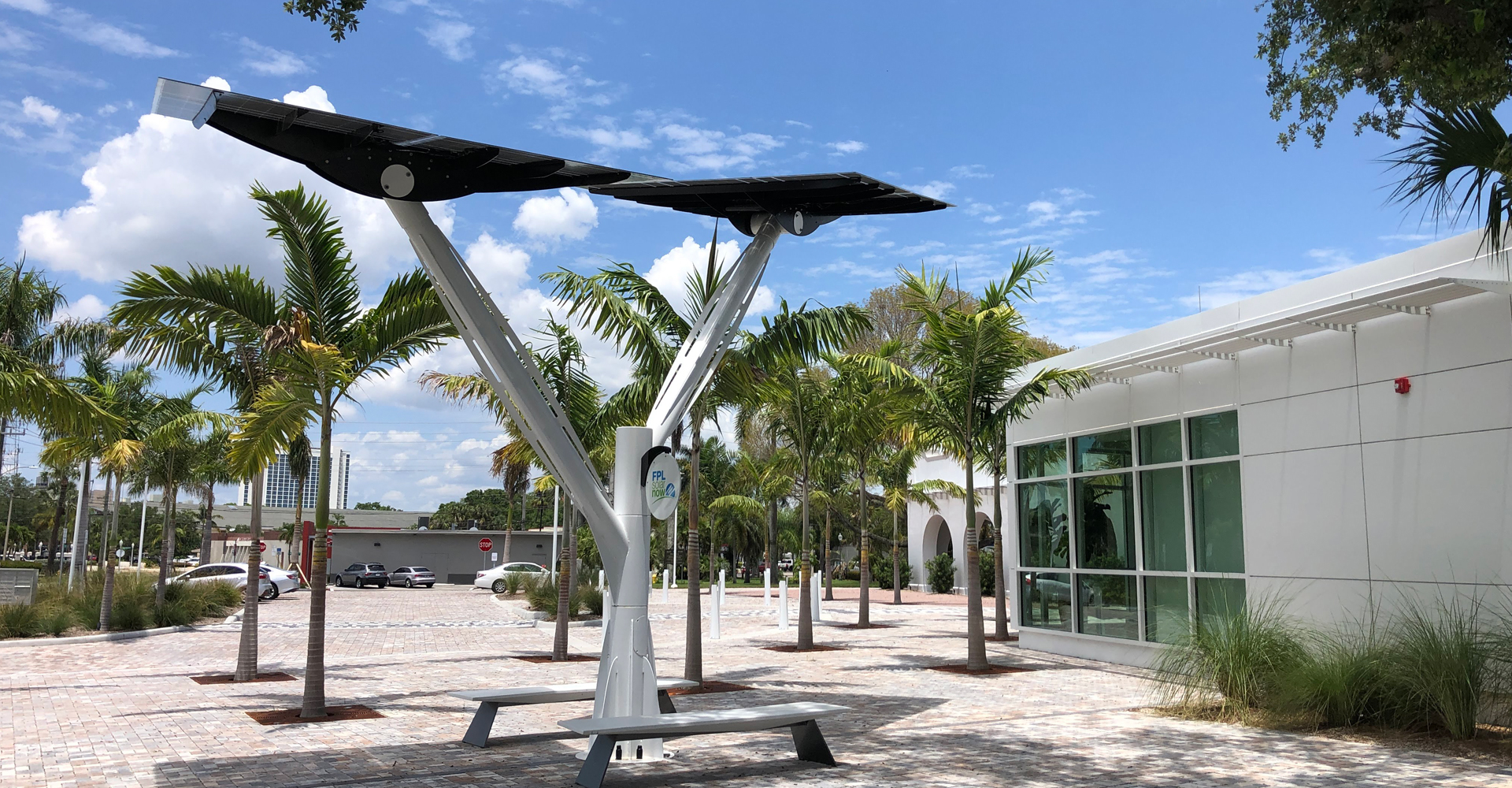 Collaboratory embarks an origination to the new interventions in Southwest Florida. It boosts the economic status of the distressed locations and promotes the upcoming talent sustainably. Very interestingly, the contrasts of the racial discrimination mindset of a building have been transformed into a free-minded and welcoming space. Collaboratory is a quintessential collaboration between our yesterday to our tomorrow, a distinct identity, helping hand to nature, promotion of a healthy, equal social status and motivation for its people. Collaboratory is precise, a linkage- connecting the Past to Future.