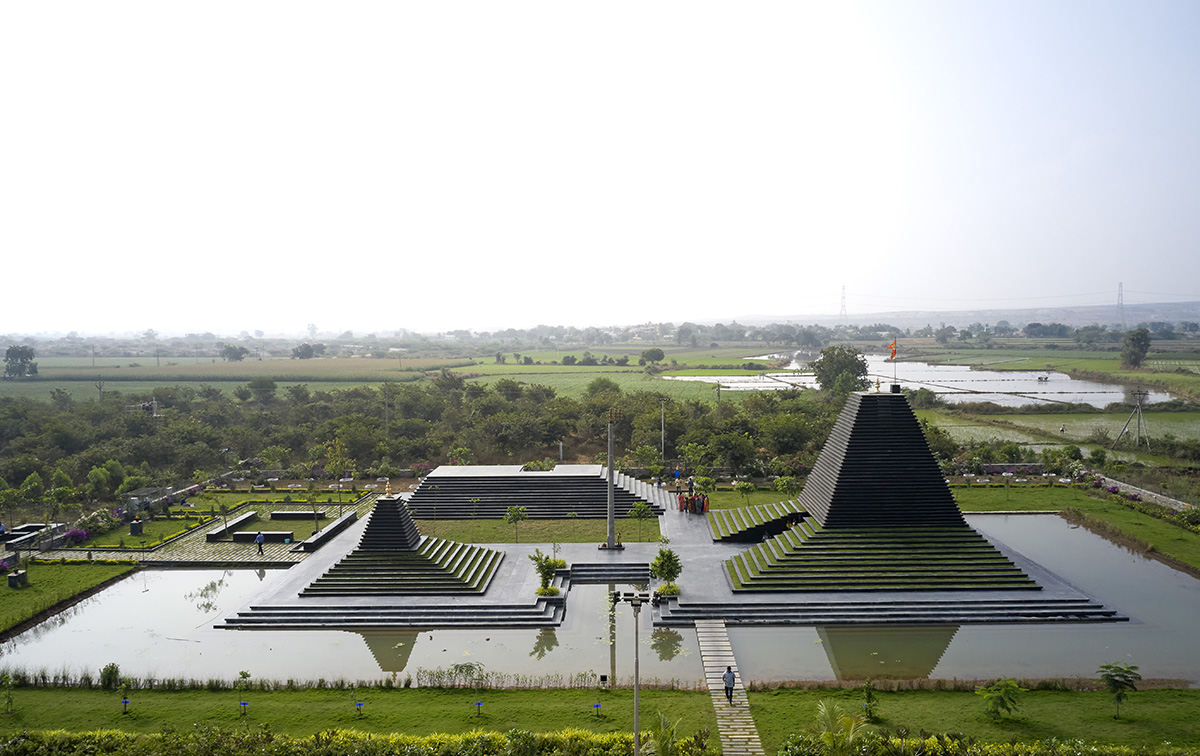 Named Balaji Temple (or Temple of Steps), the project can be described as a modern interpretation of a Hindu temple.

The complex is comprised of two shrines and one low-rise building which includes functions, such as the priest's quarters, a kitchen and public toilets. The temple site also includes a water tank, called Pushkarini. The highest shrine is named Balaji Shrine, while the lower one is named Varahaswamy Shrine. As the architect highlights, the planning of the temple itself was based on a 10th century temple for the same deity at Tirupathi in Southern India.

"In the dry terrain of Nandyal, the main concern was to provide a space which would marry the socio-cultural expectations of a temple with the ecological framework and dynamics of and around the site," said Sameep Padora & Associates. 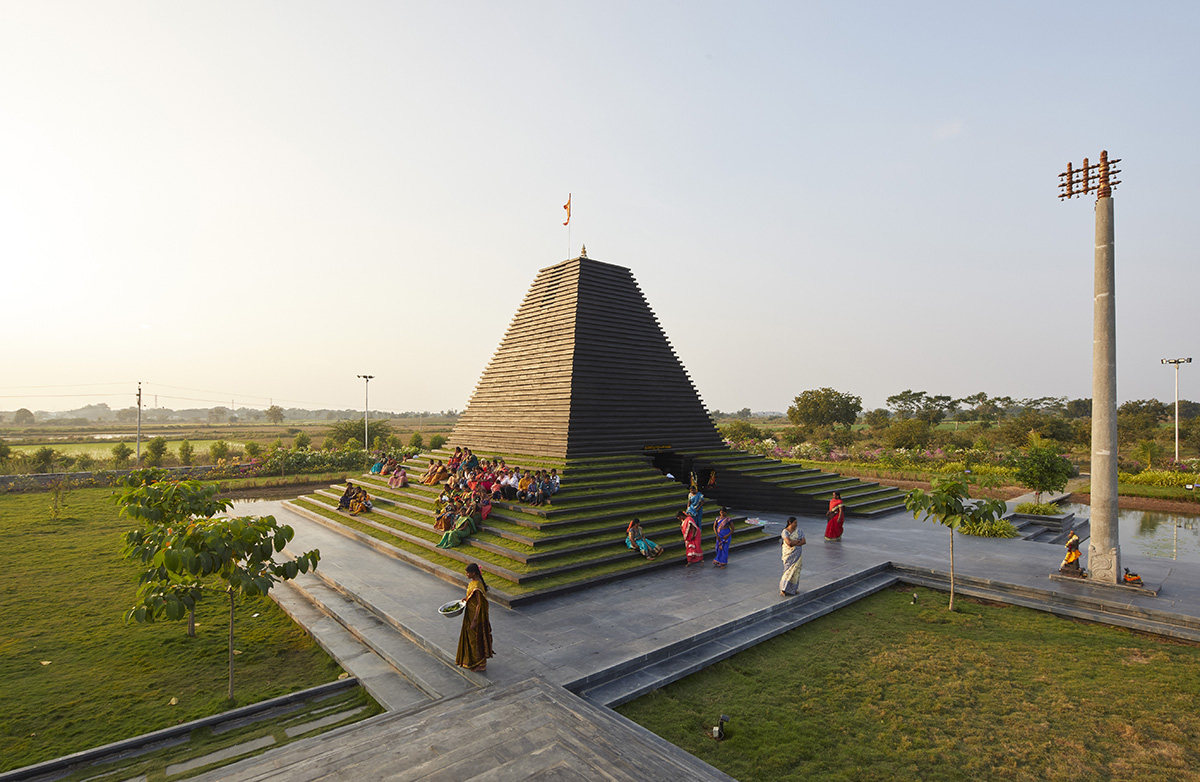 "The immediate context of Cotton and chilly farms in the region were fed by a natural canal system which had dried up."

"The ecological strategy for the temple, thus began with recharging of groundwater," the studio added.

"Water overflow from the limestone quarries was led to a low-lying recharge pit or ‘kund’: the banks of which was imagined as a social space, in the manner of a traditional ghat; a flight of steps leading down to a waterbody." 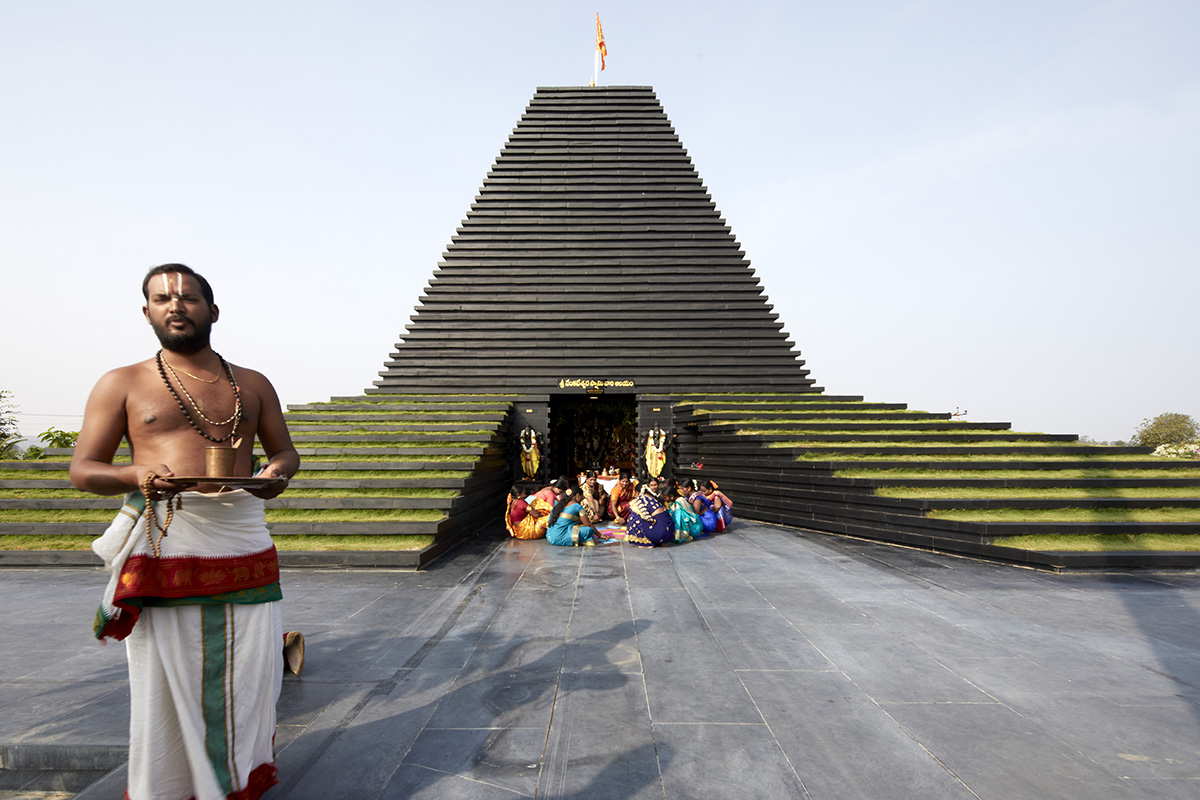 "This negotiation of land and water with steps is a significant part of India’s architectural heritage as is seen in the ghats of the ancient city of Benaras," the firm continued.

The architect applied a construction process by using locally available black limestone slabs corbelled to form the main body of the temple. 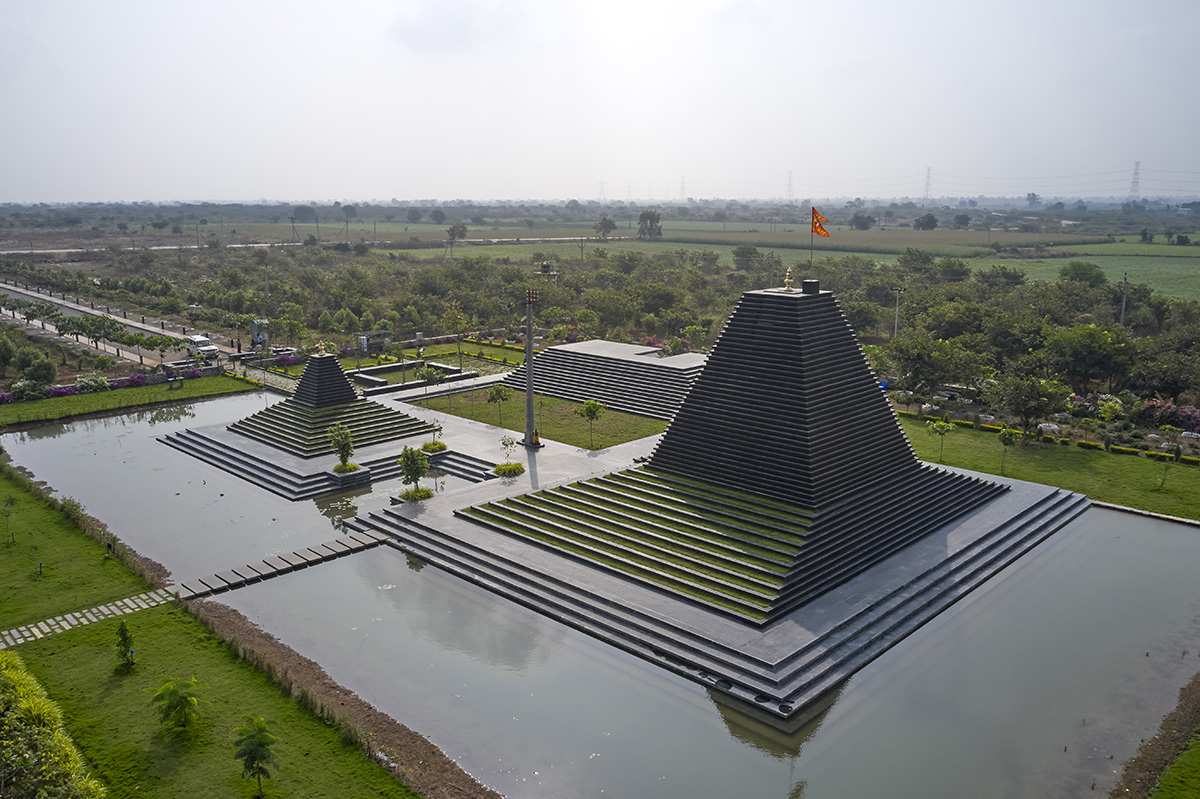 The same corbelled profile also incorporates soil and planting in the lower half of the temple body to buffer against the heat and finally this stone corbelling turns into a ghat i.e the steps that access the water. 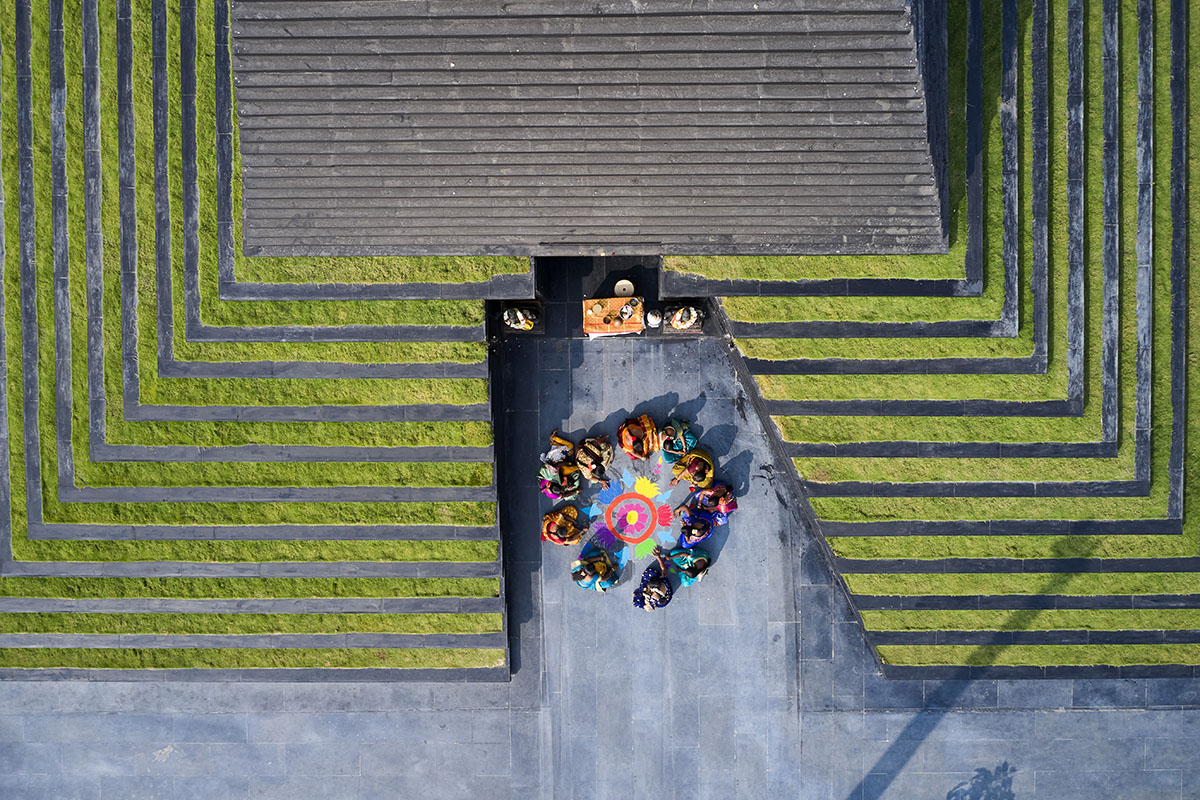 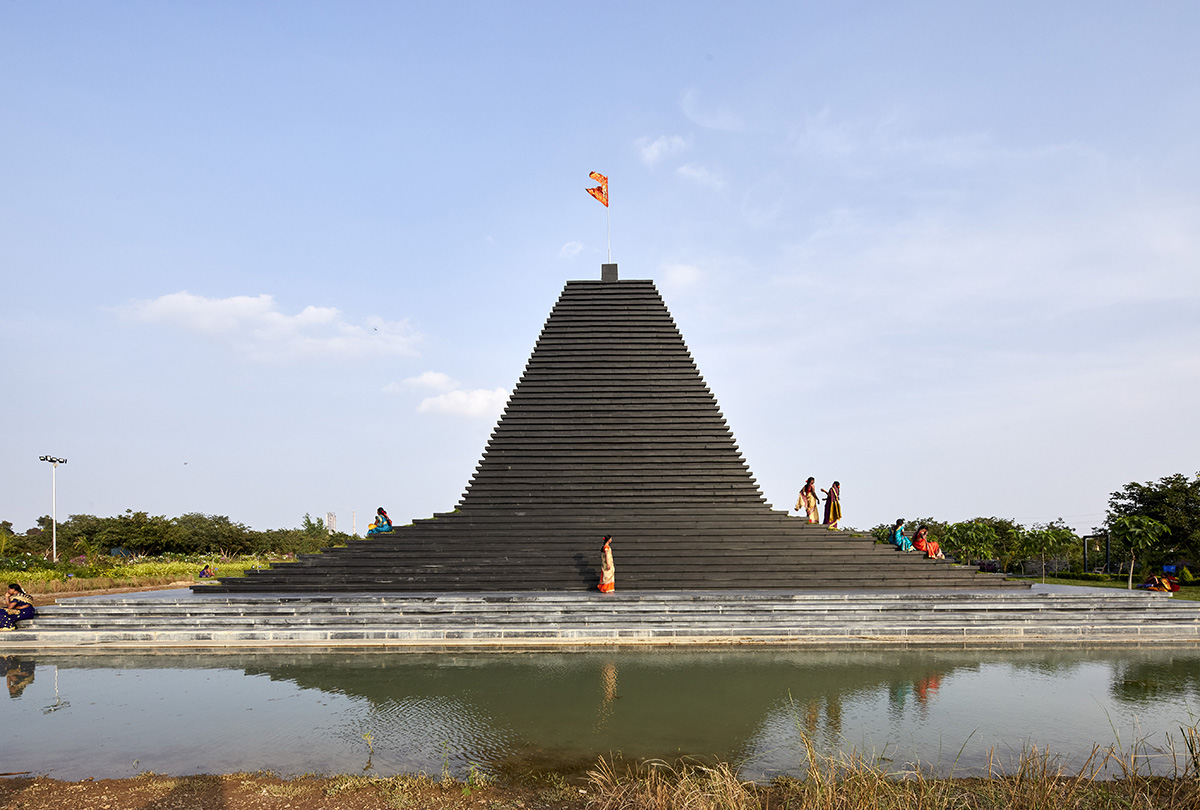 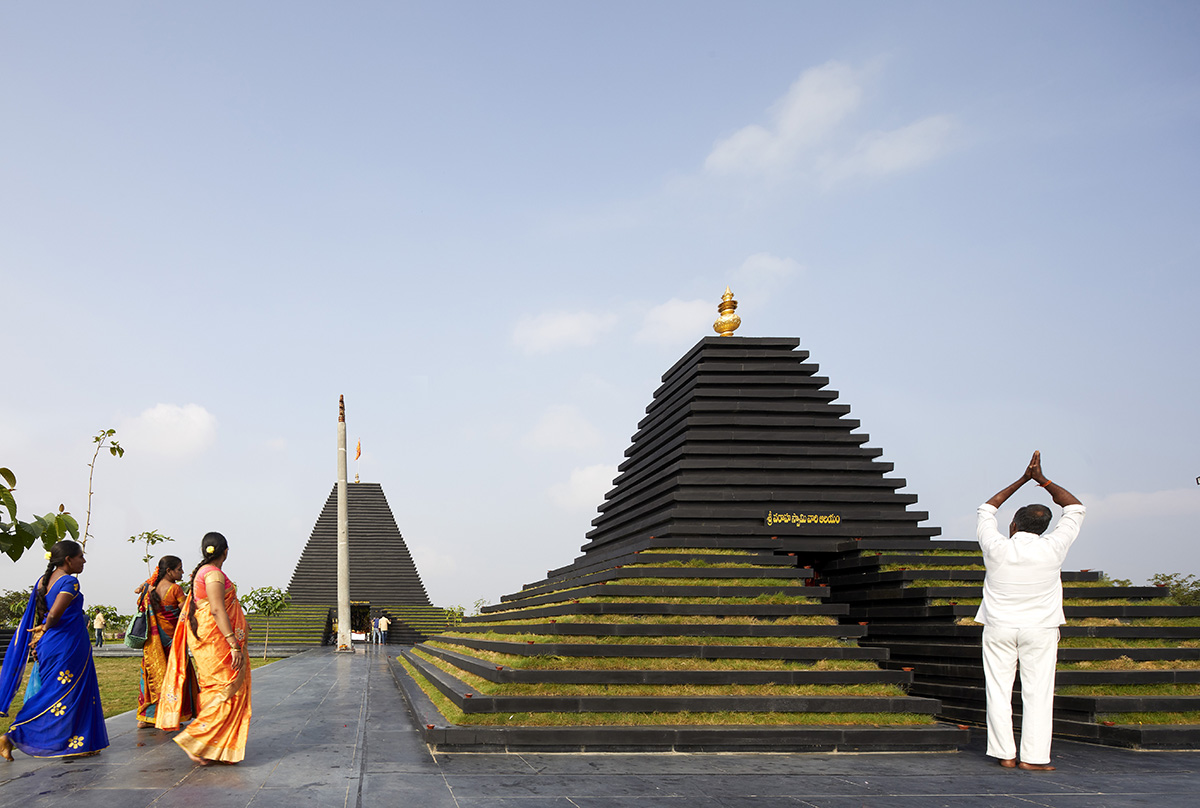 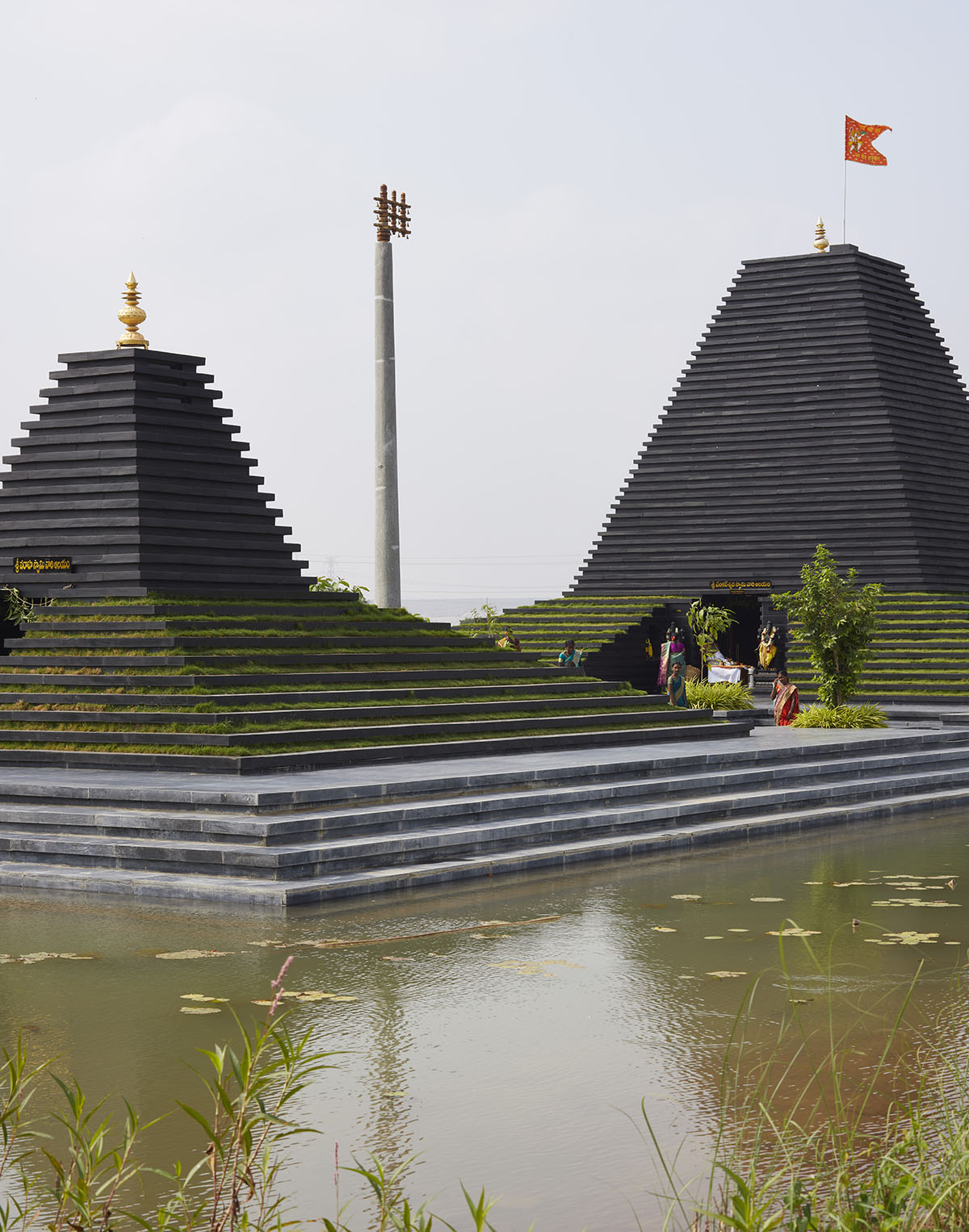 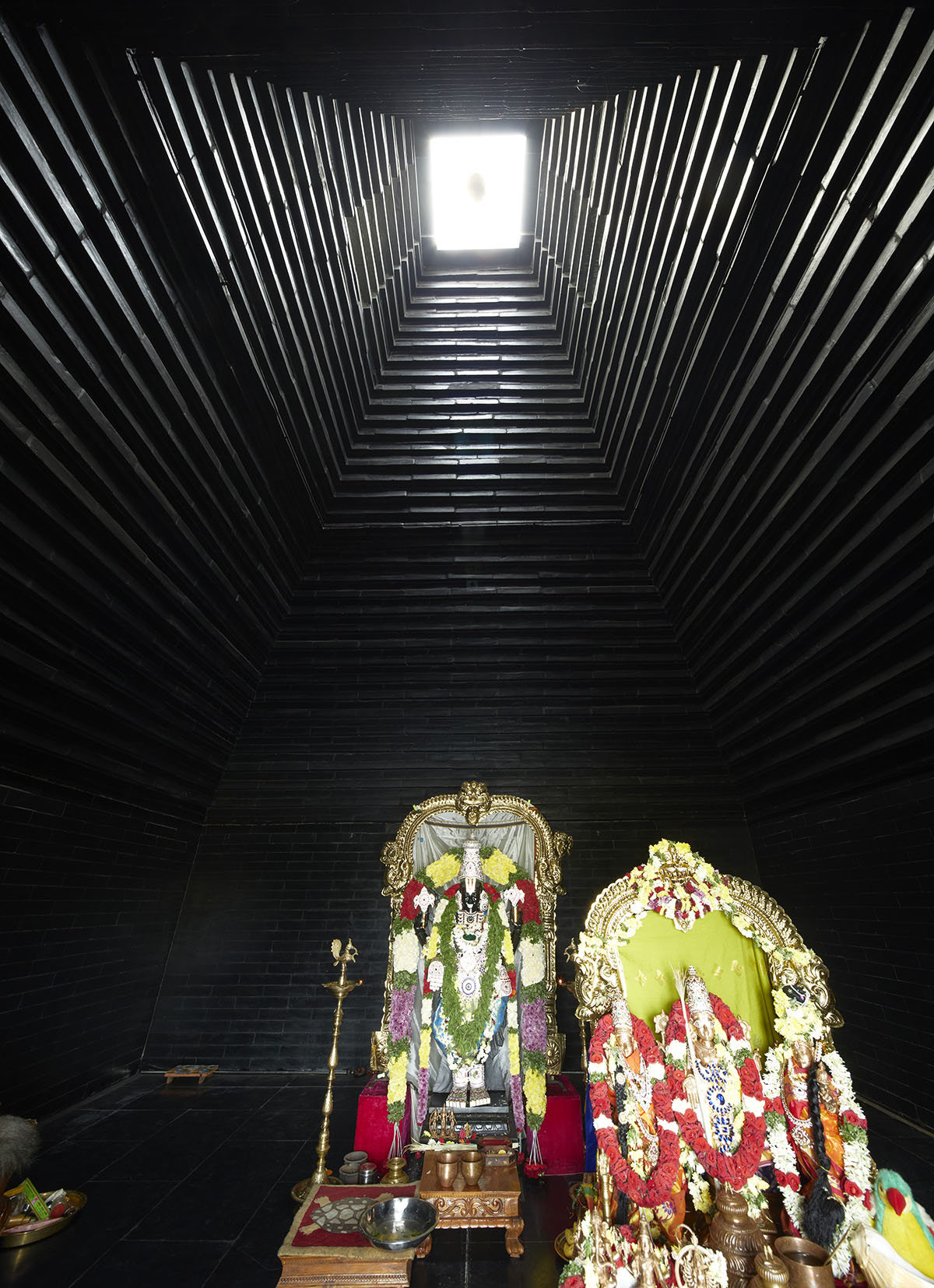 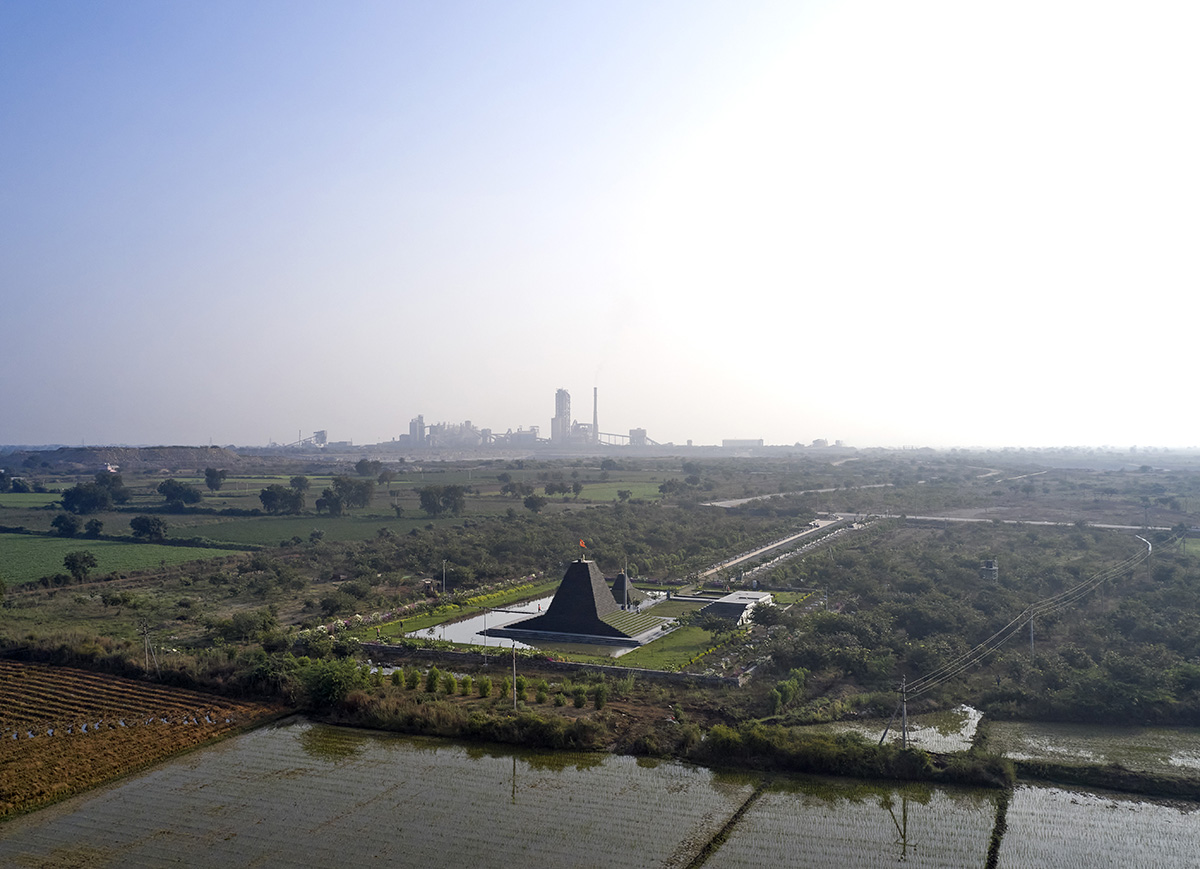 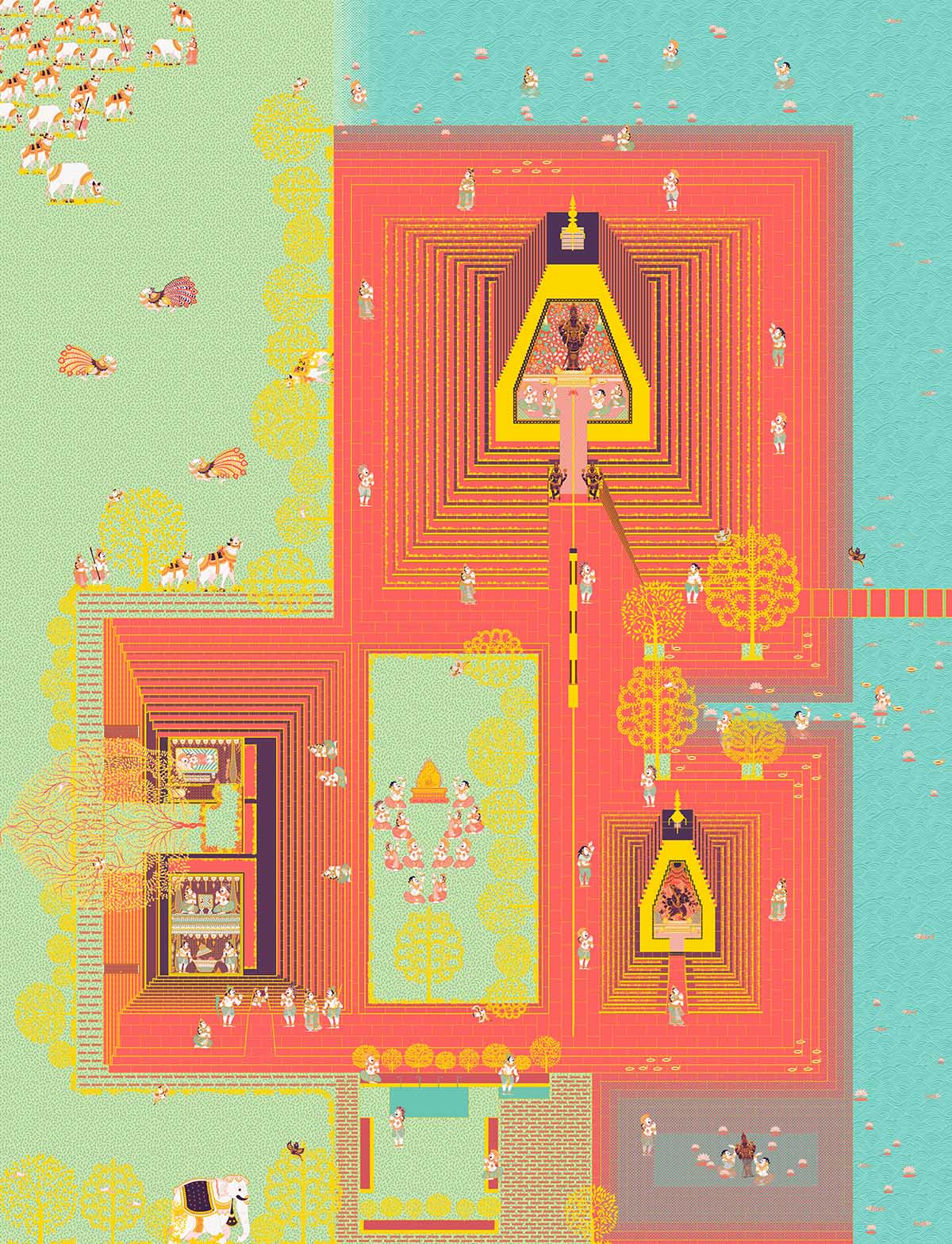 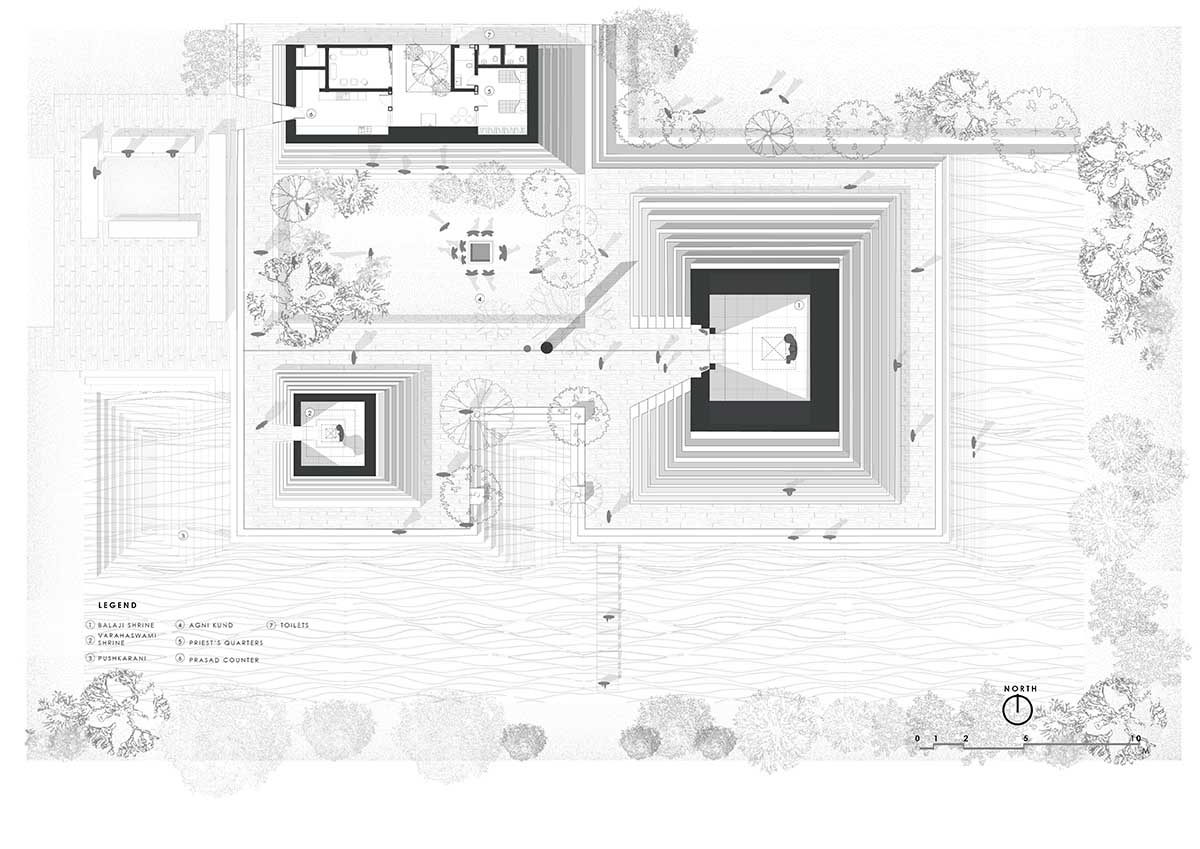 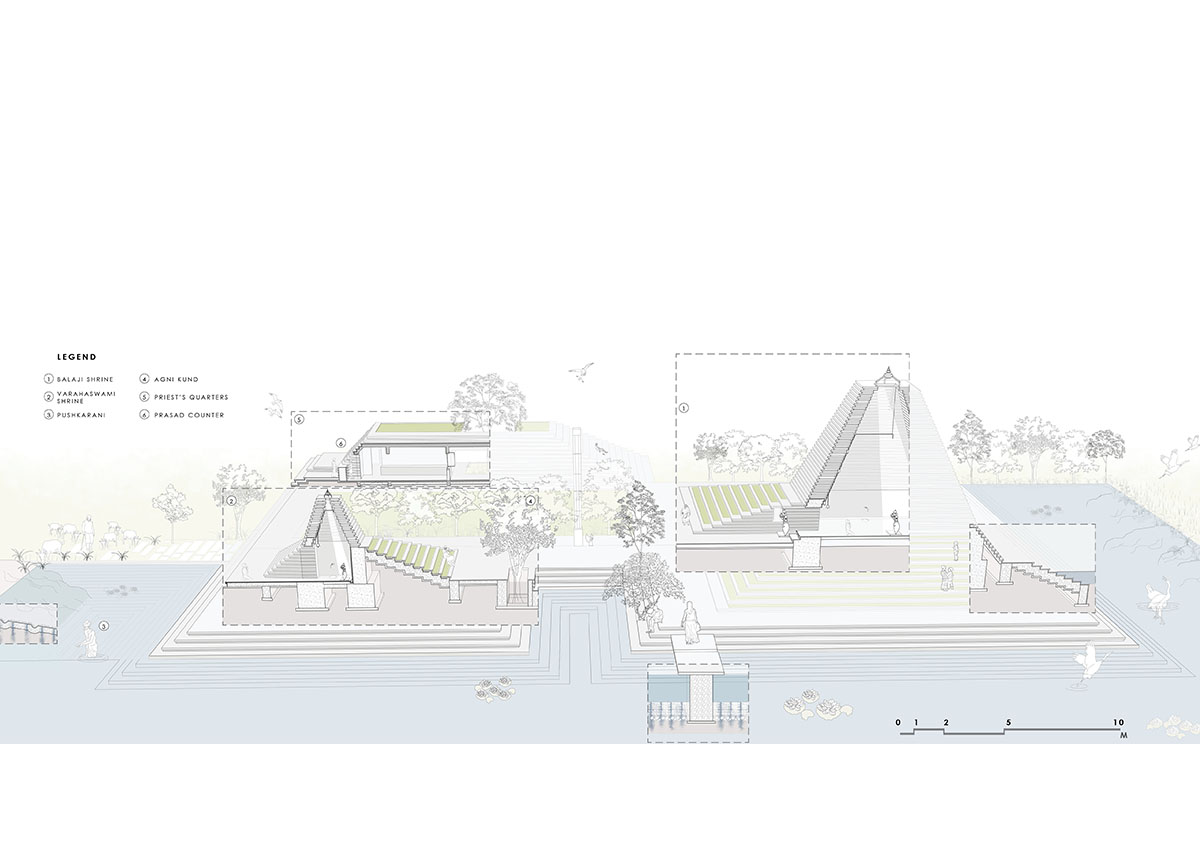 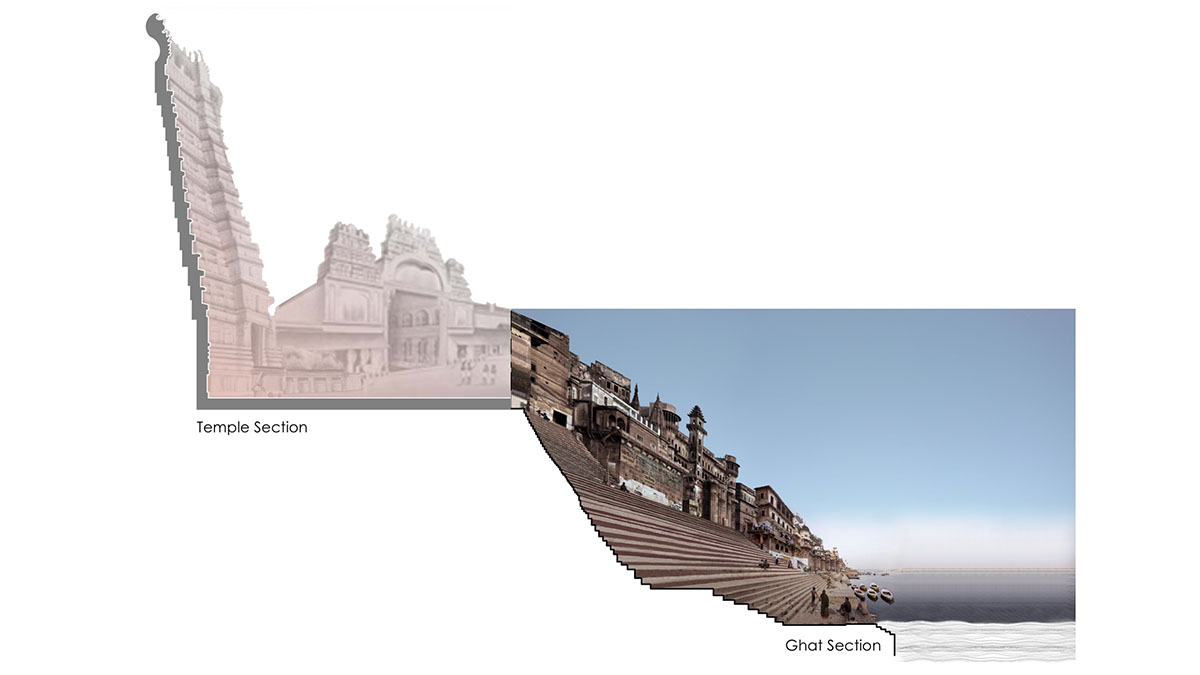 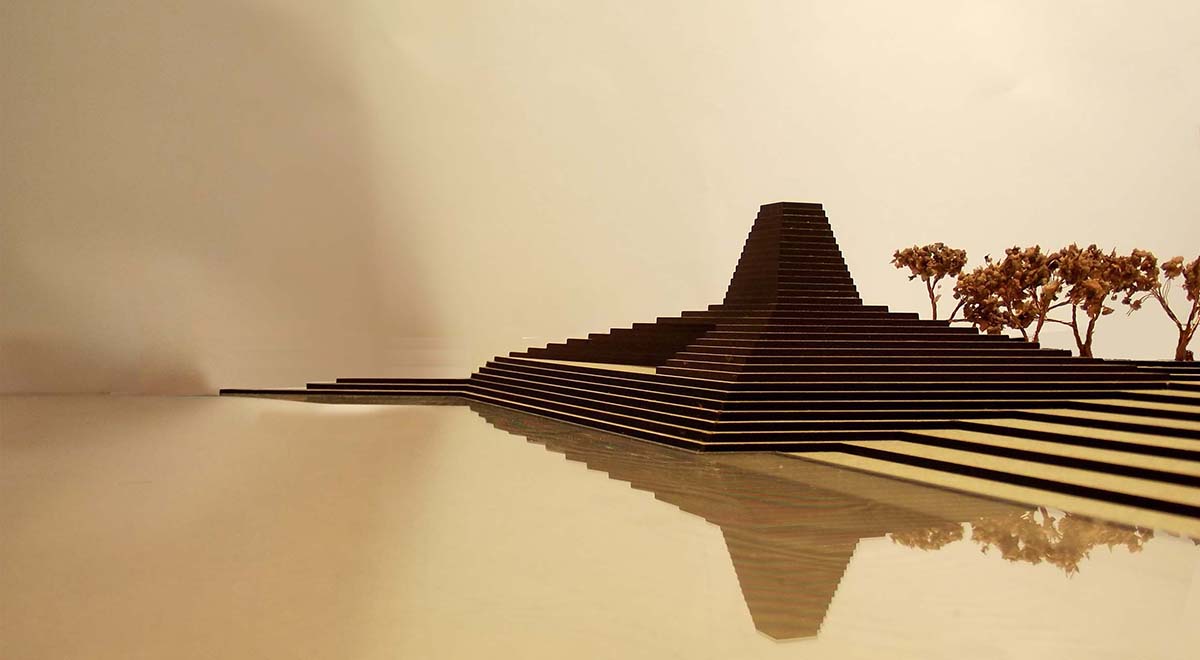 Sameep Padora established his Mumbai based practice Sameep Padora & Associates  in 2007 after graduating from the GSD, Harvard University. He is also the co-founder of the Bandra Collective a group of 6 architects engaged with the design of public spaces in Mumbai.