Construction work has started on a giant stadium in Guangzhou, China, which will be the world's largest purpose-built soccer stadium" with its 100,000 capacity, reported by Asia Eurosport.

Developed by Chinese Evergrande Group, the construction work has started on April 16 despite of the Covid-19 pandemic and is planned to open by the end of 2022. The stadium is located adjacent to Guangzhou South Railway Station.

Dubbed as "Lotus Flower Stadium", the lotus flower-shaped stadium is expected to cost around 12 billion yuan ($1.69 billion) to complete, according to Evergrande Group.

The designer of the stadium is Hasan A. Syed, who is the design director and principal in Gensler’s Shanghai office.

The team takes cues from "lotus" flower which highlights the characteristics of Guangzhou's "flower city". It not only refers to the "high-clean" beauty of Cui Gai, but also it's language fully integrates Chinese traditional culture. 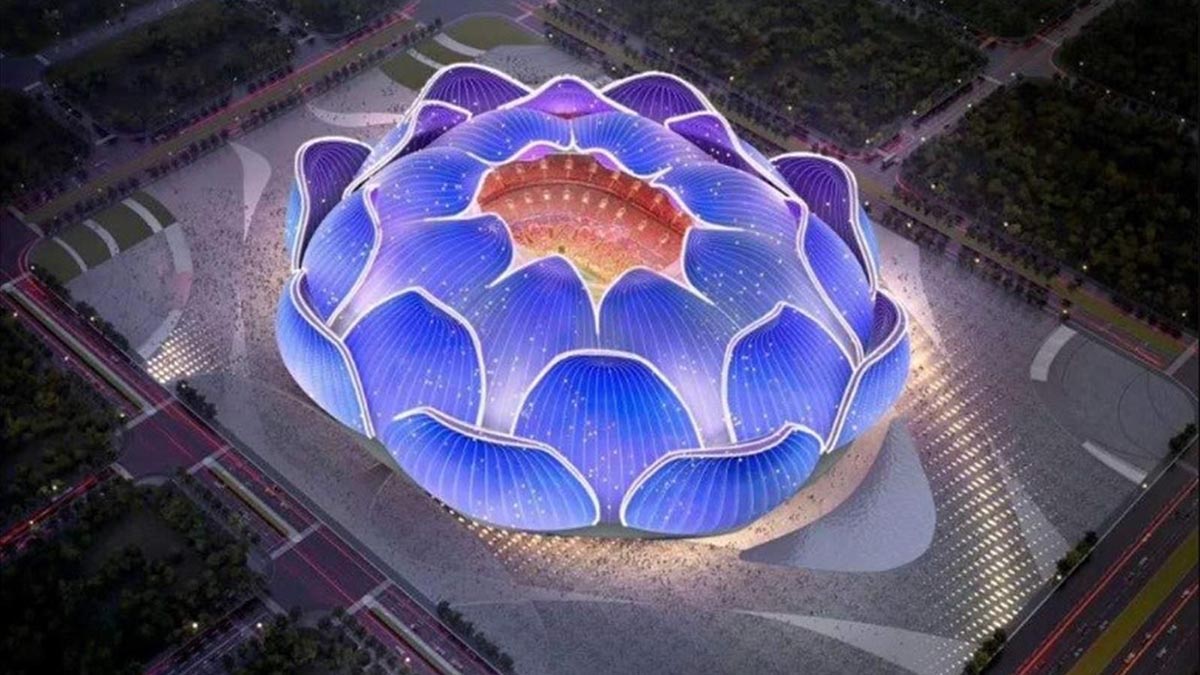 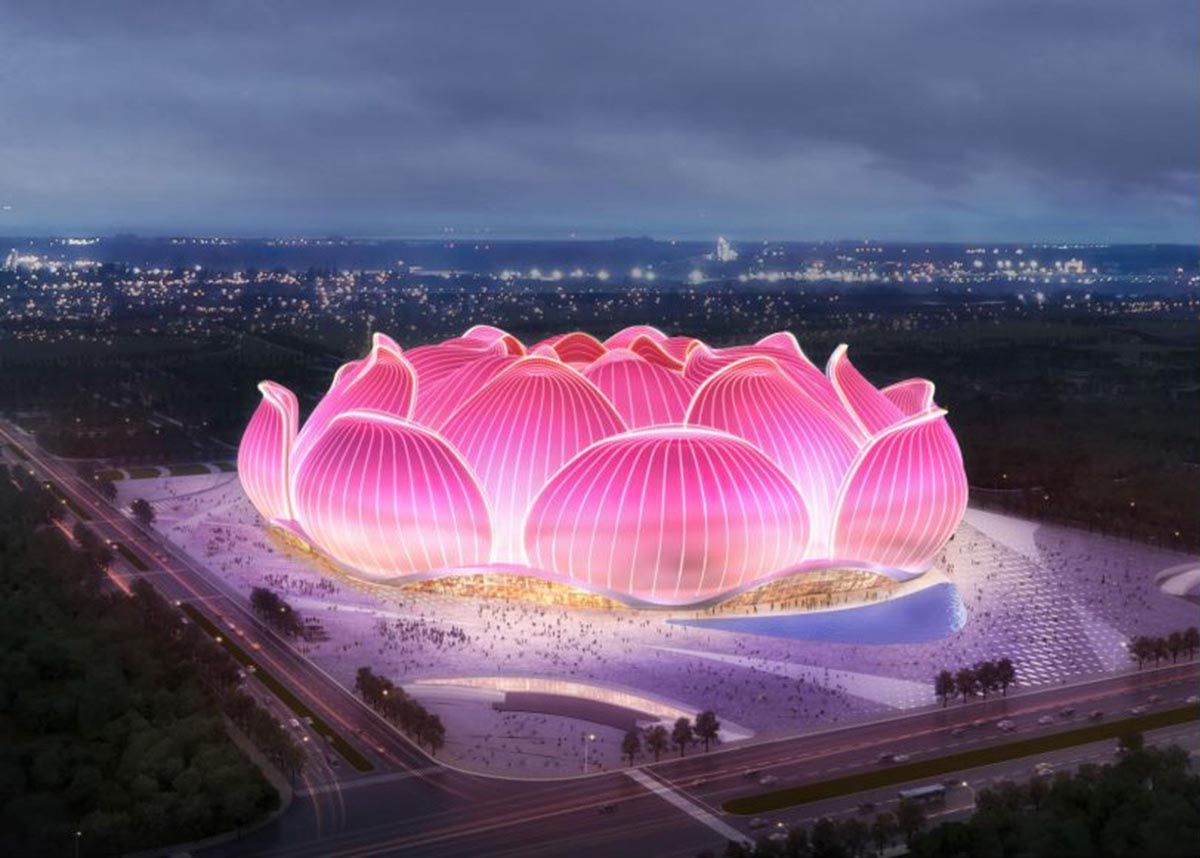 "We will build top professional football stadiums with the "largest scale", "highest grade", "most complete package", and "highest technological content" in strict accordance with the world's highest standards," reads the website. 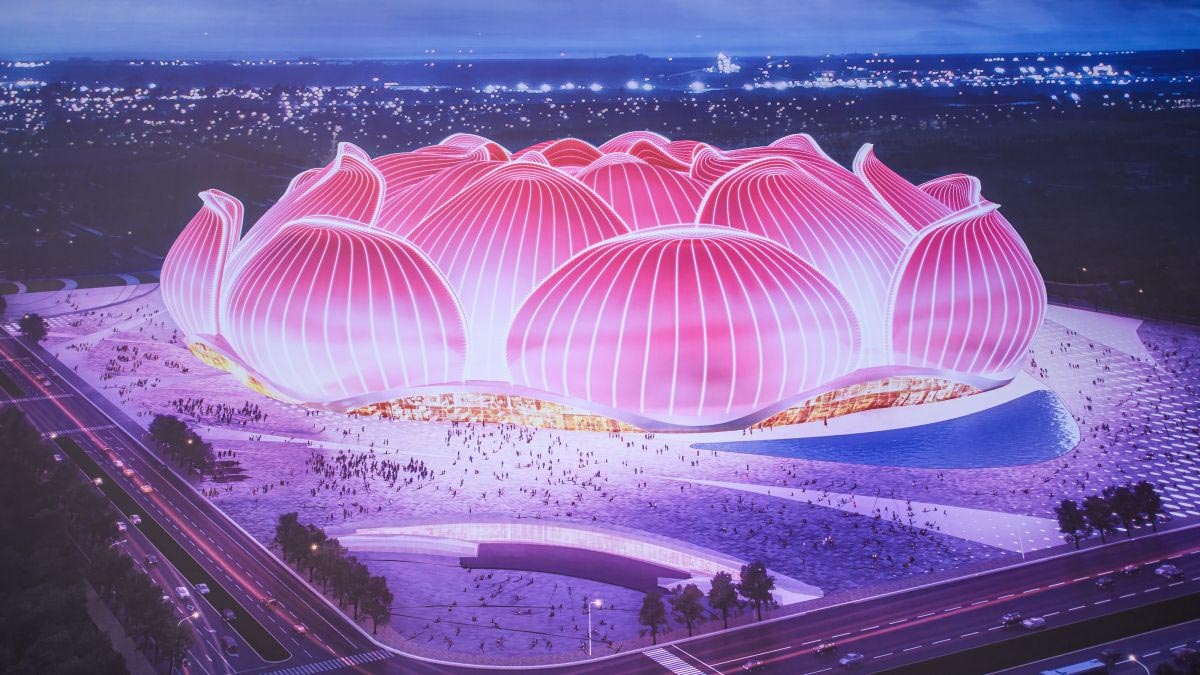 It is also described that the new stadium will become "a world-class new landmark comparable to the Sydney Opera House and the Burj Khalifa in Dubai, and an important symbol of Chinese football going to the world."

The same source highlighted that Xu Jiayin, the Chairman of the Board of Directors of Evergrande Group, also actively participated in the design. Jiayin personally conceived the concept, modified the plan, planned the business and format, and devoted a lot of effort. 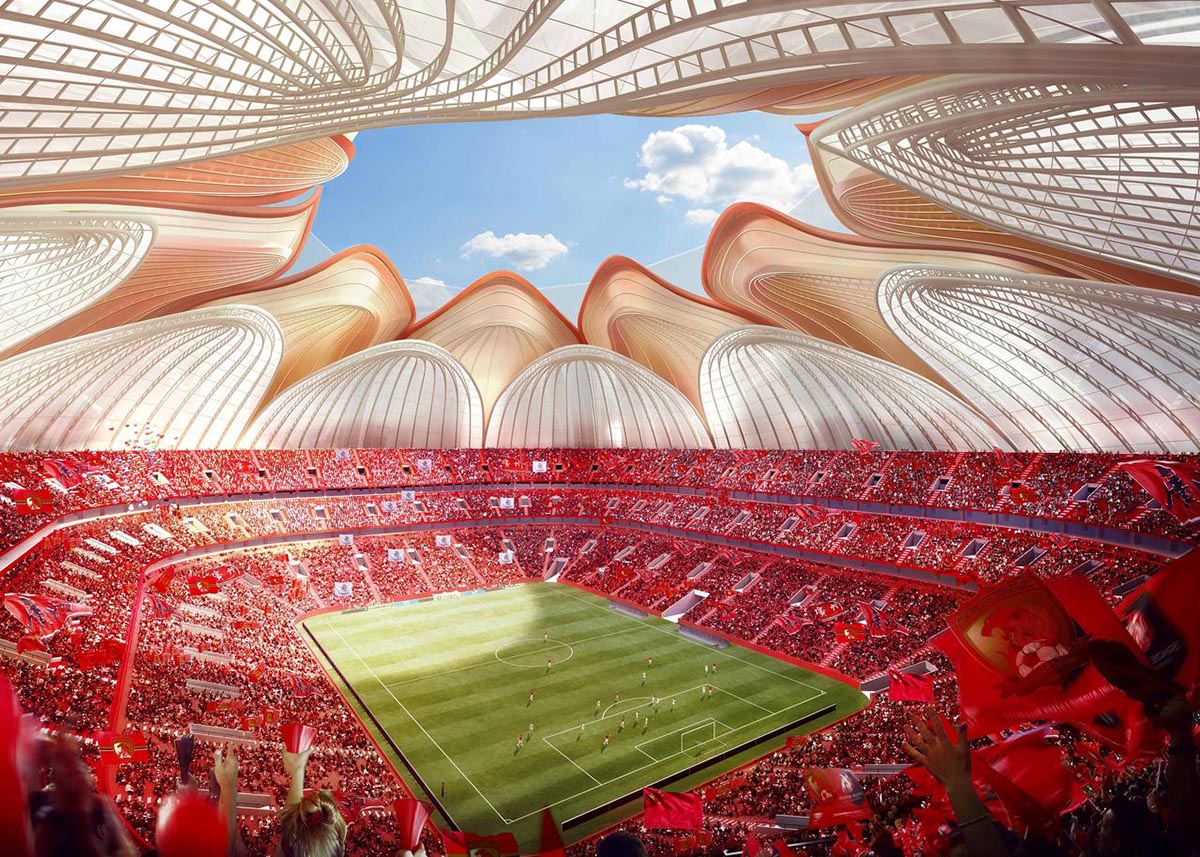 According to the same source, Evergrande Group also revealed plans at the press conference that they will build additional 3 to 5 world-class professional football stadiums which have a capacity of 80,000 to 100,000 people across the country.