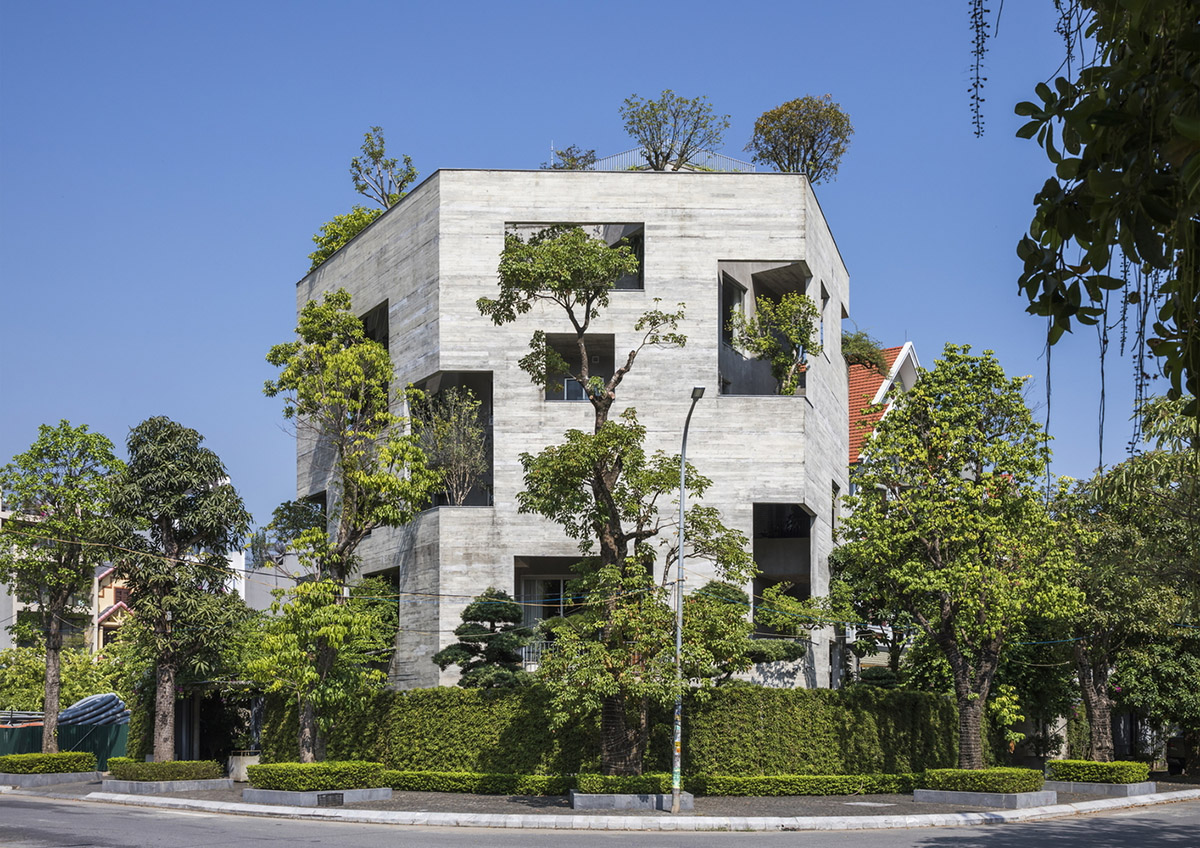 Called Ha Long Villa, the 1,190-square-metre villa was developed as one of the prototypes of "House for Trees", which is a series of residential projects. 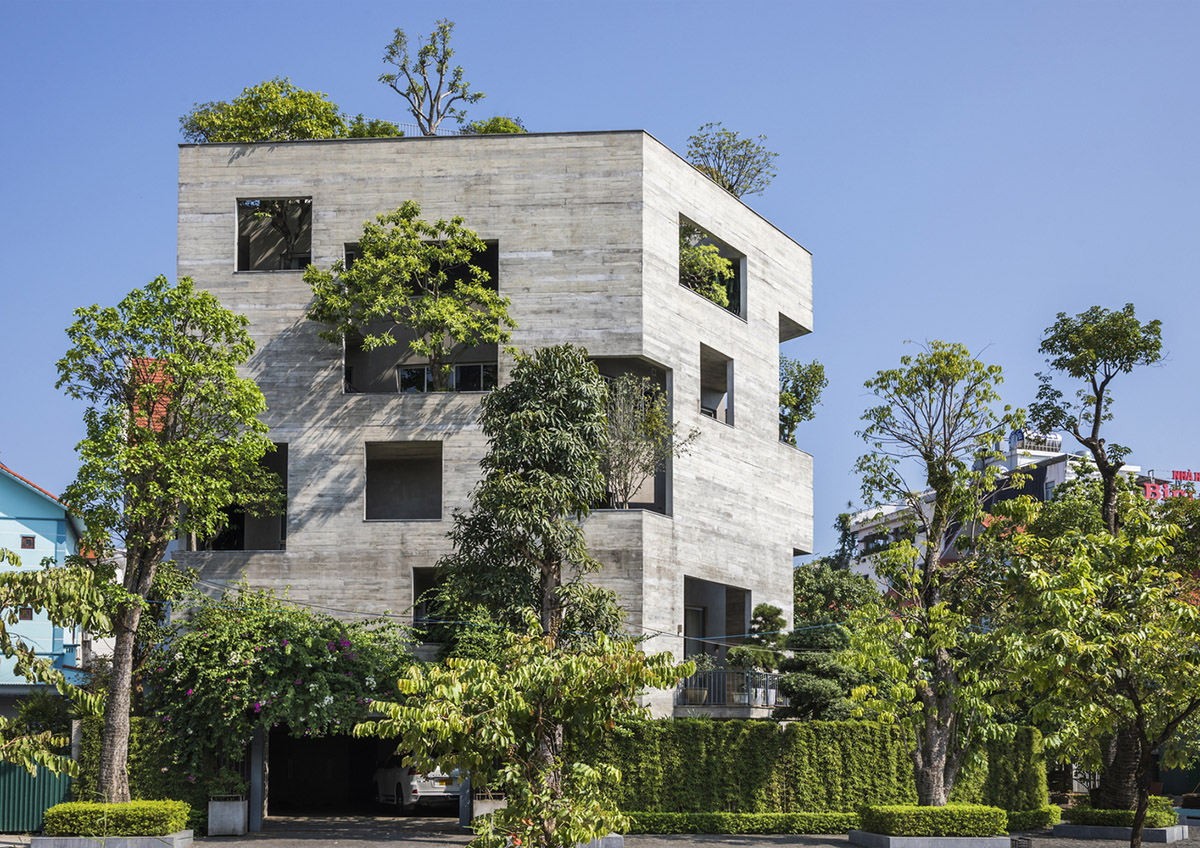 VTN Architects' series aim to bring green spaces back into the city, and to design as much greenery as was present in the original landscape to provide a healthier life to people living in the city. 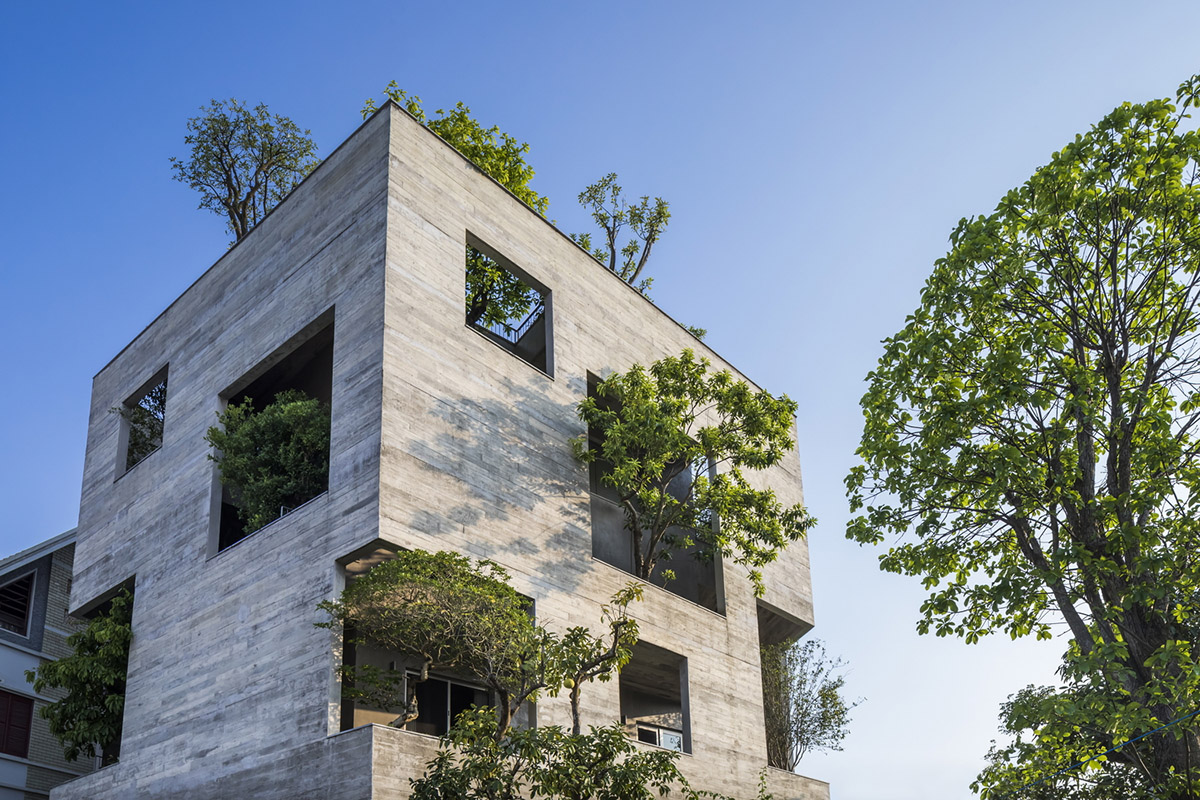 "Vietnam has an abundance of nature and townscapes that are registered as World Heritage Sites. Economic growth due to the increase in tourism has raised the standard of living but has also given way to reckless development by clearing away nature," said VTN Architects.

"To tackle this situation, we want to create a house that will connect people and nature. Ha Long, home to Ha Long Villa, is a beautiful coastal city in northern Vietnam, 160 km northeast of Hanoi."

"It is also home to the UNESCO World Heritage Site of Ha Long Bay. In particular, it is a city abundant with local industries such as fisheries and coal mining, and it is a region that is rapidly developing alongside its tourism industry." 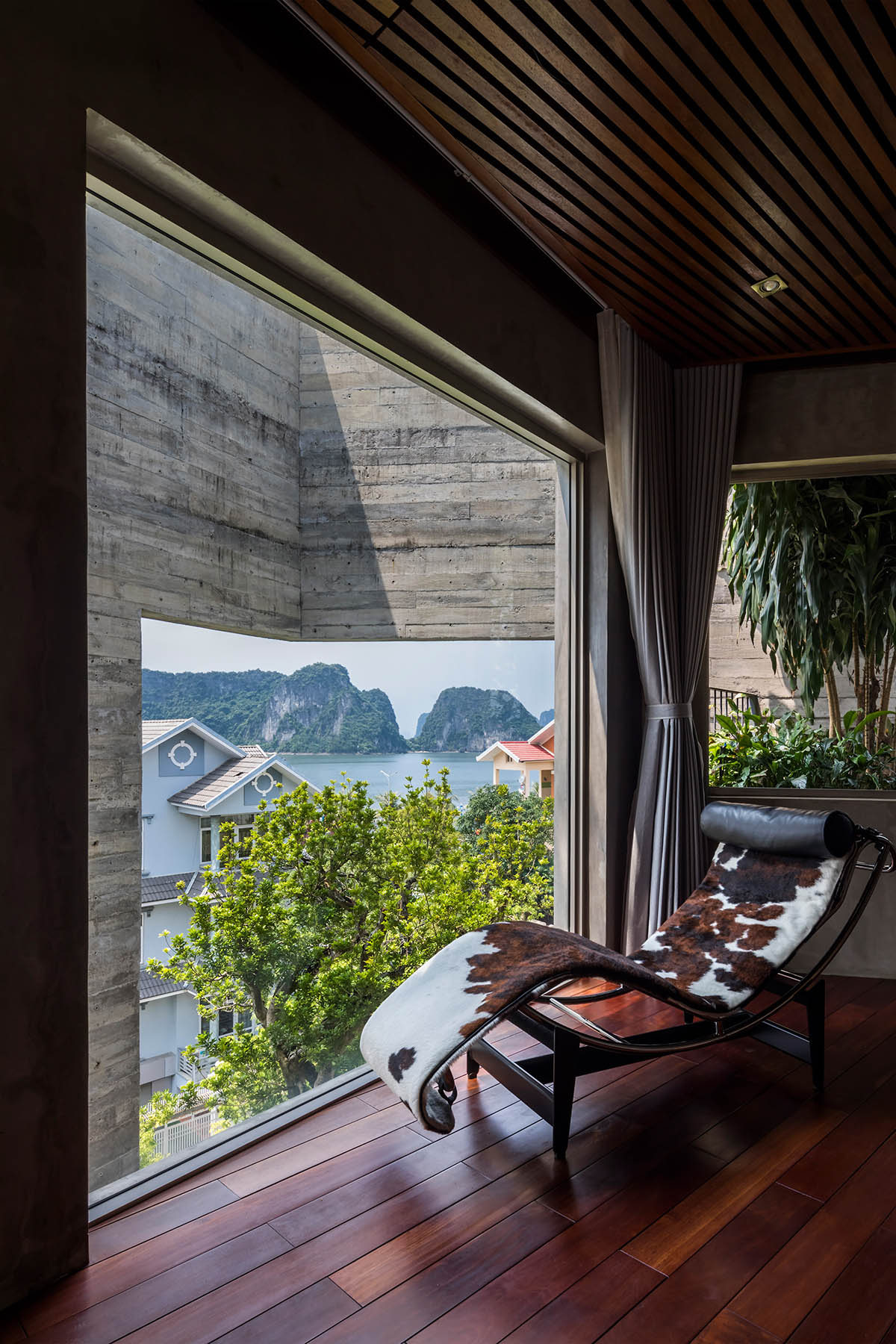 The project site is near the coast and overlooks Ha Long Bay with a landscape made of thousands of large and small rocks. In such a rich setting, the architects have designed a sustainable home that exists in harmony with the surrounding environment and seeks to become part its landscape. According to the architects, the main concept of the house is to create space where people can live in a forest.

In creating a surrounding forest, the house is comprised of a pentagon within a pentagon that establishes spatial layers of interior and semi-exterior spaces filled with greenery. As the studio highlights, this composition creates deep shadows as part of the double skin green façade against the hot tropical climate. 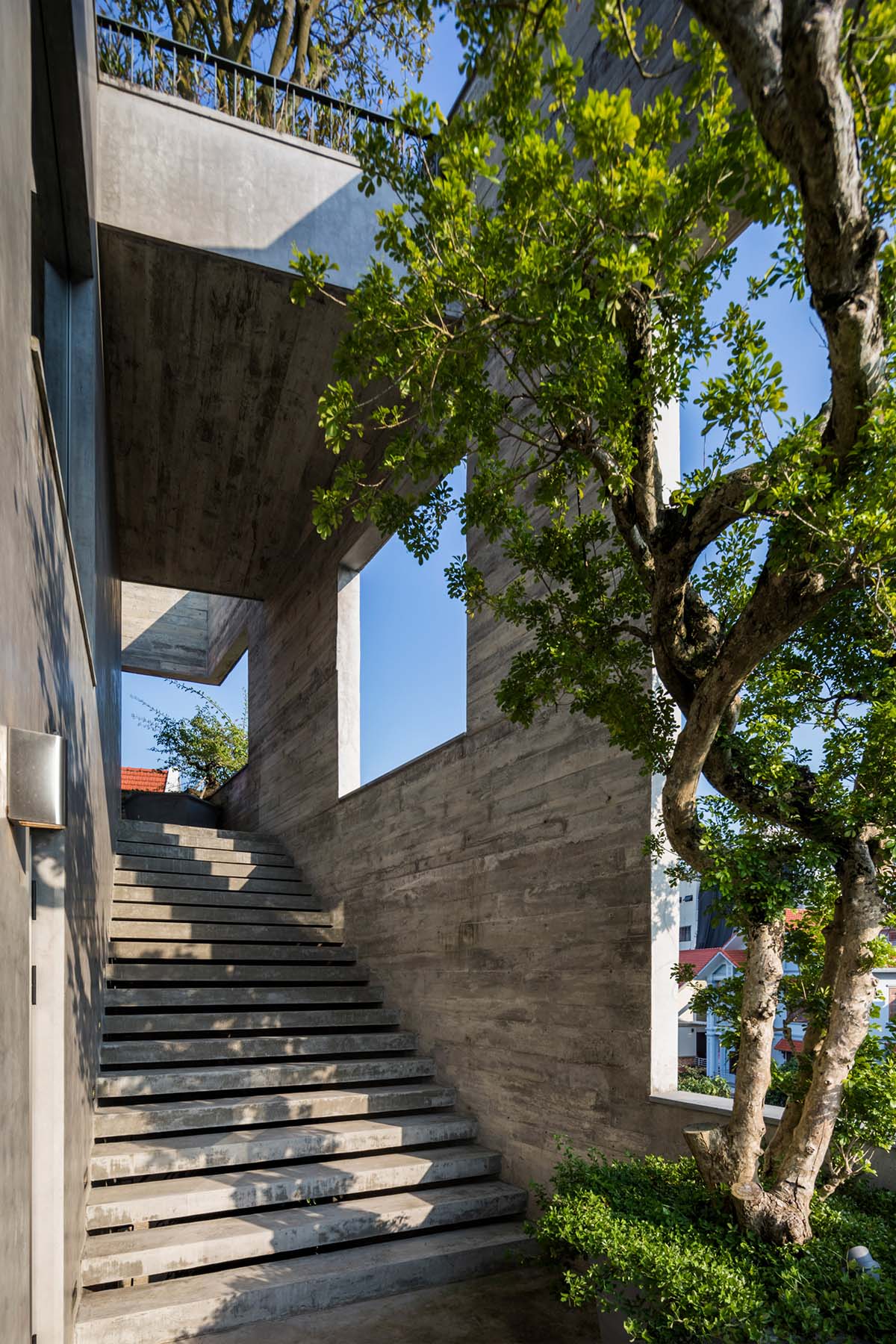 By creating a buffer space between the interior and exterior spaces, this space protects the house against the hot climate and noise. Every semi-exterior space is connected by the main spiral staircase.

The architects created a spatial sequence from the outside to the inside, from ground to roof, and through the semi-exterior space with a large window and plenty of greenery to feel the rich natural landscape and city view from different angles. 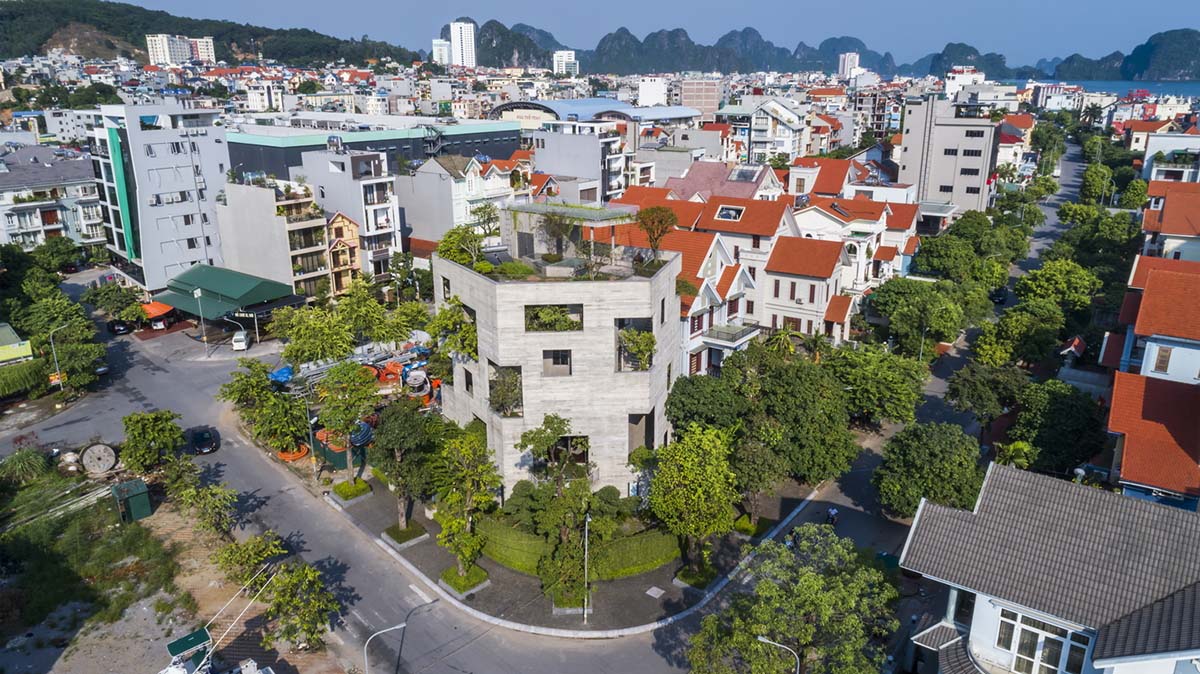 "The semi-exterior space connects the interior and the terrace part of the garden, and is a place to promote various living activities. It is a multi-purpose space which serves as a connection between each space," added the architects.

"It is a place for gardening, sightseeing, sitting, walking and it also connects to the living space. These distinctive space offers residents options in their daily lives, like whether to dine inside or outside on a particular day."

"The various movements in the resident’s lives are also conveyed to the neighborhood through exterior of window façade." VTN Architects built exterior walls made from rough exposed concrete which creates an impression of stone found in Ha Long Bay. The greenery in the semi-exterior spaces casts shadows on this strong facade, creating an ever-changing appearance over time. 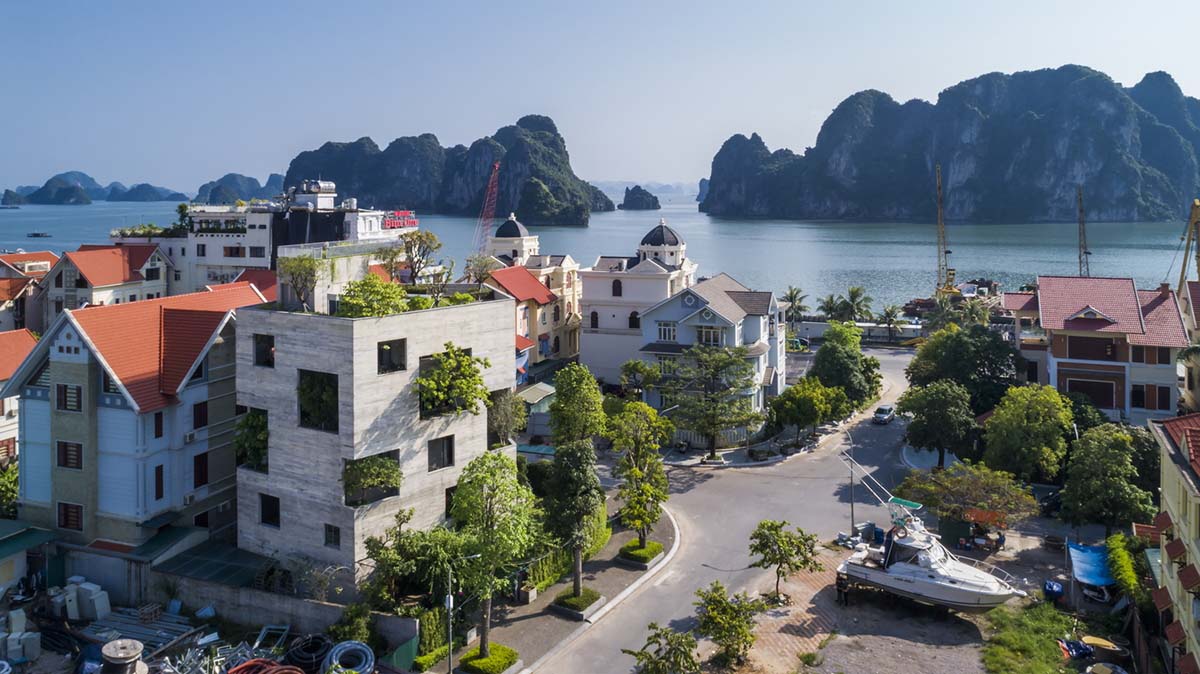 The project presents a sharp contrast between the rough concrete and soft trees expressing a unique impression to the outside. Additionally, the architects planted dozens of plants on the roof, they created an area several times larger than the original green area. 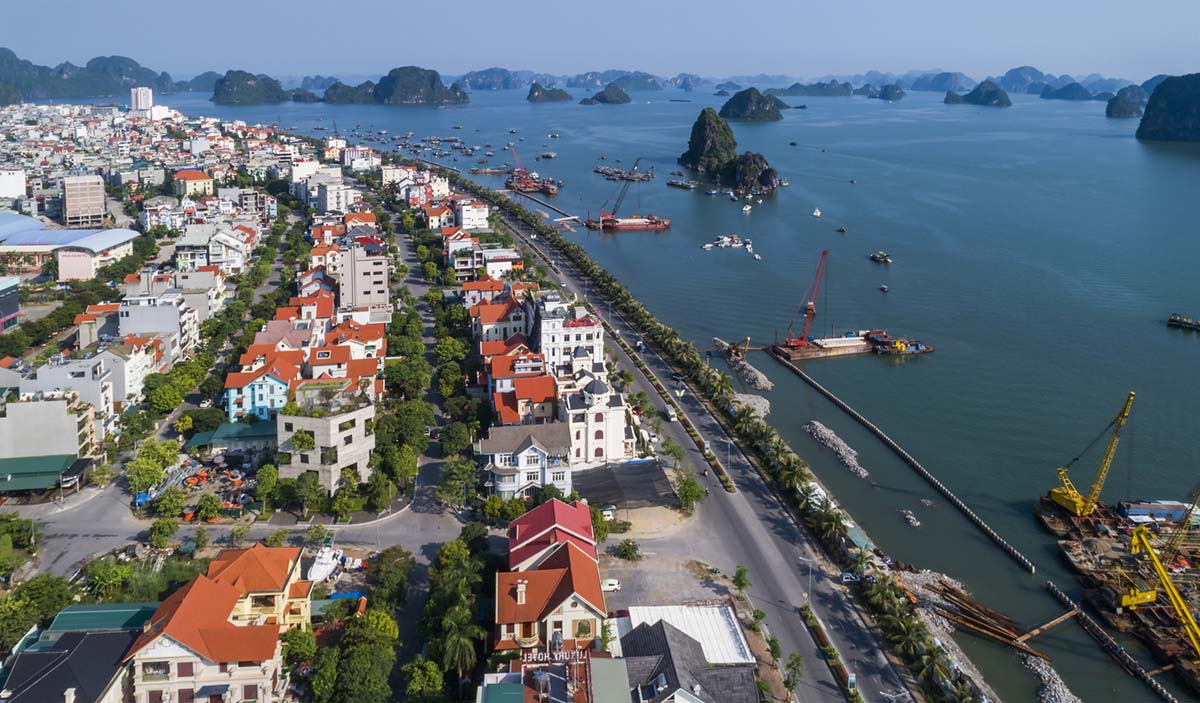 Due to the simplicity in the concept, the idea of "House for Trees" can be multiplied almost anywhere in tropical climate regions. As part of the vast landscape, Ha Long Villa harmonizes with the natural environment.

The Ha Long Villa aims to be a space where people return to living surrounded by nature. 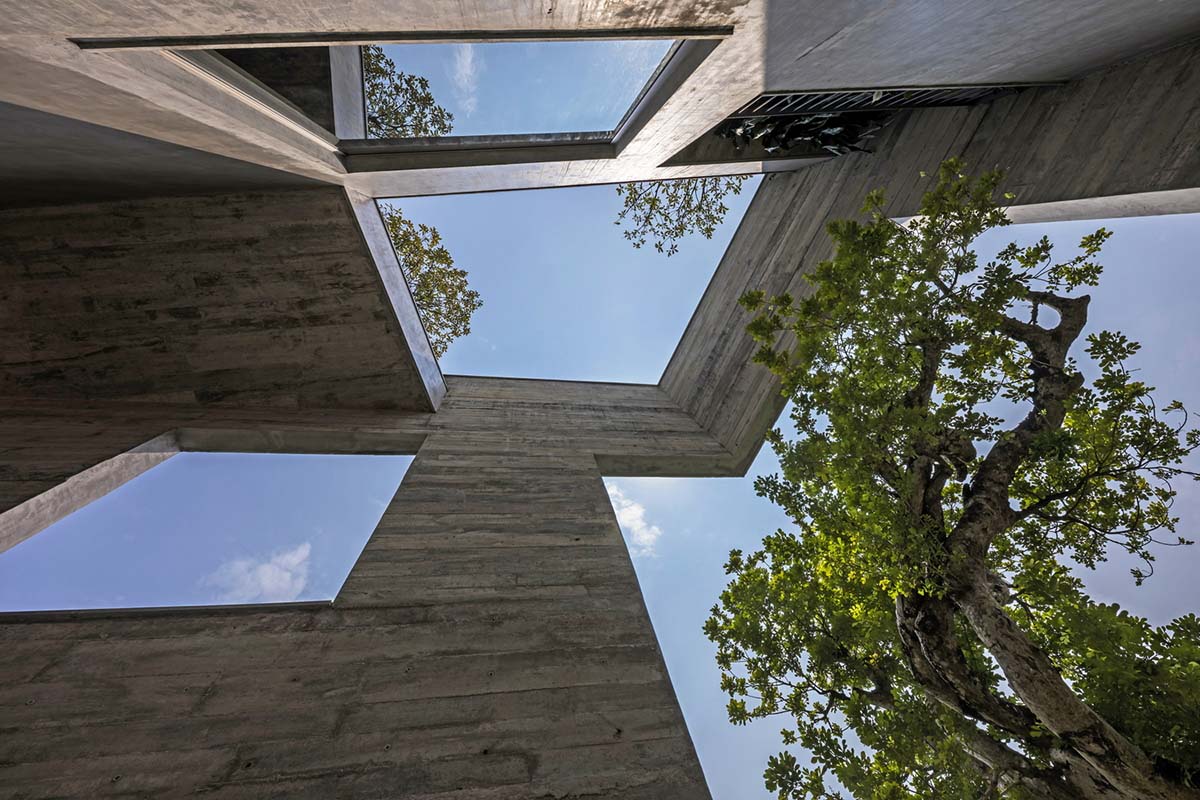 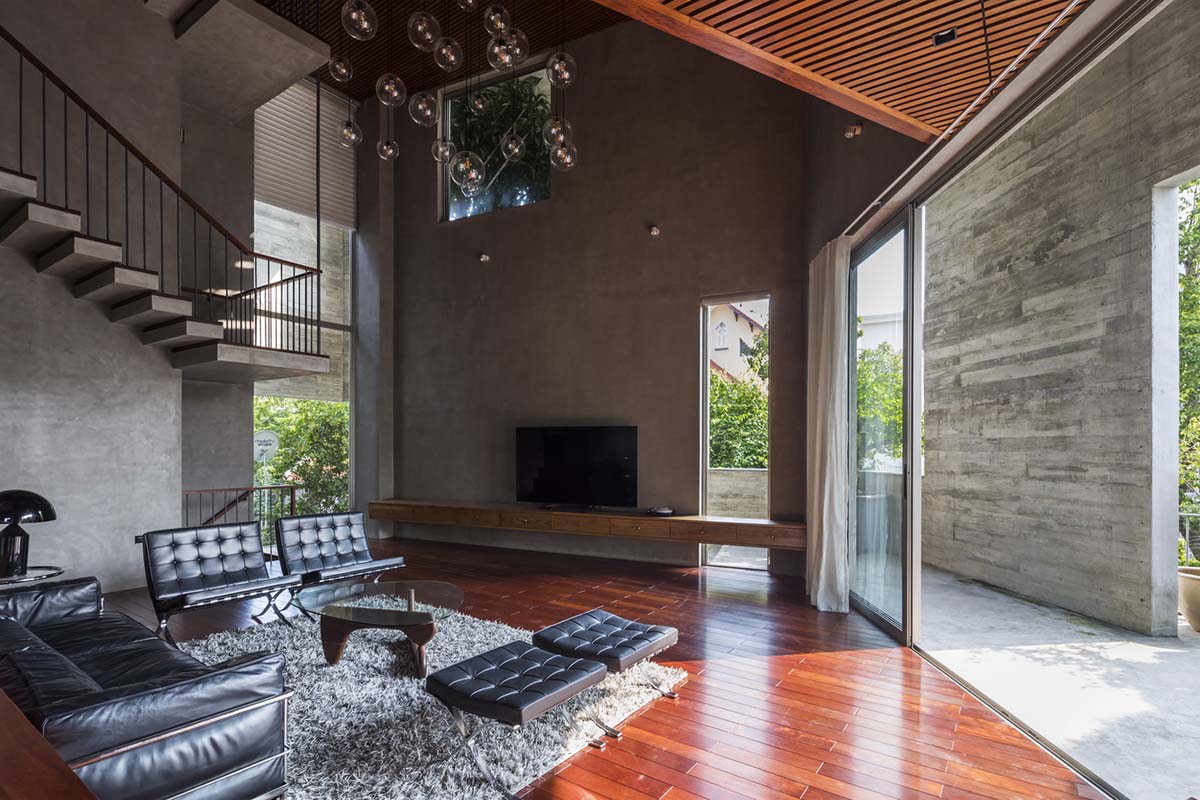 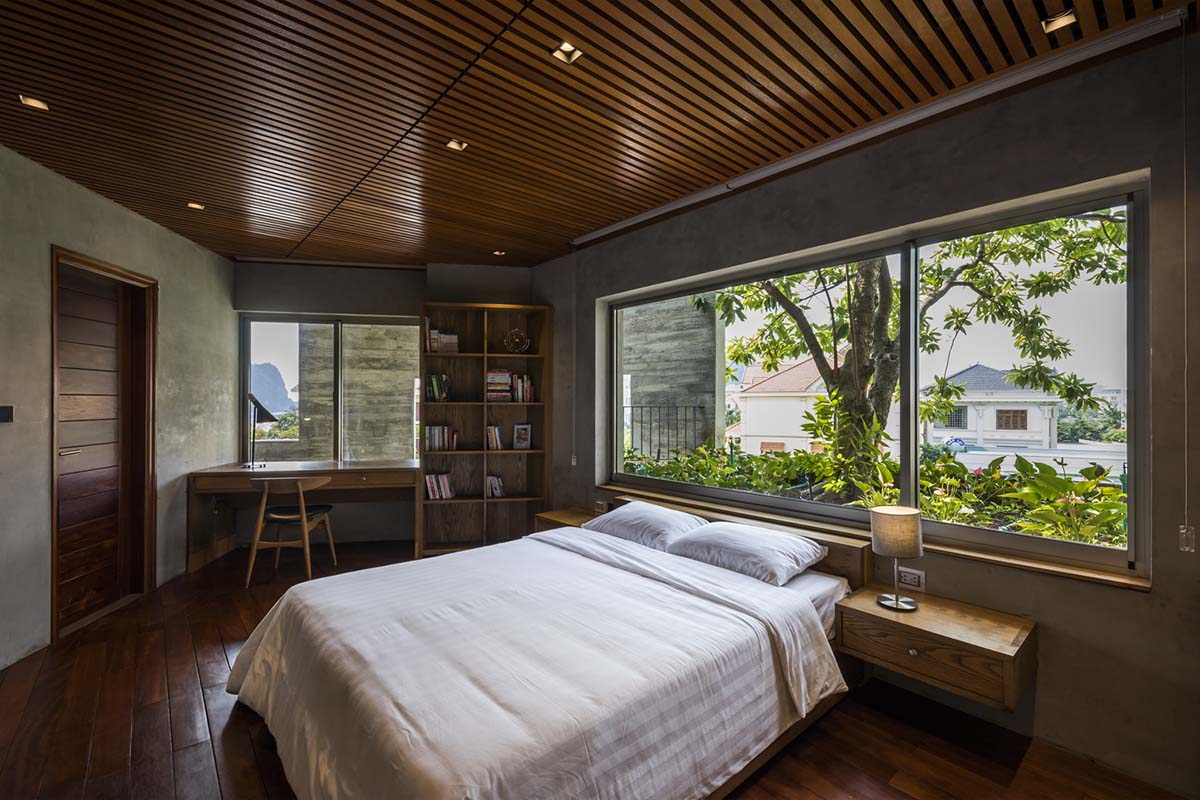 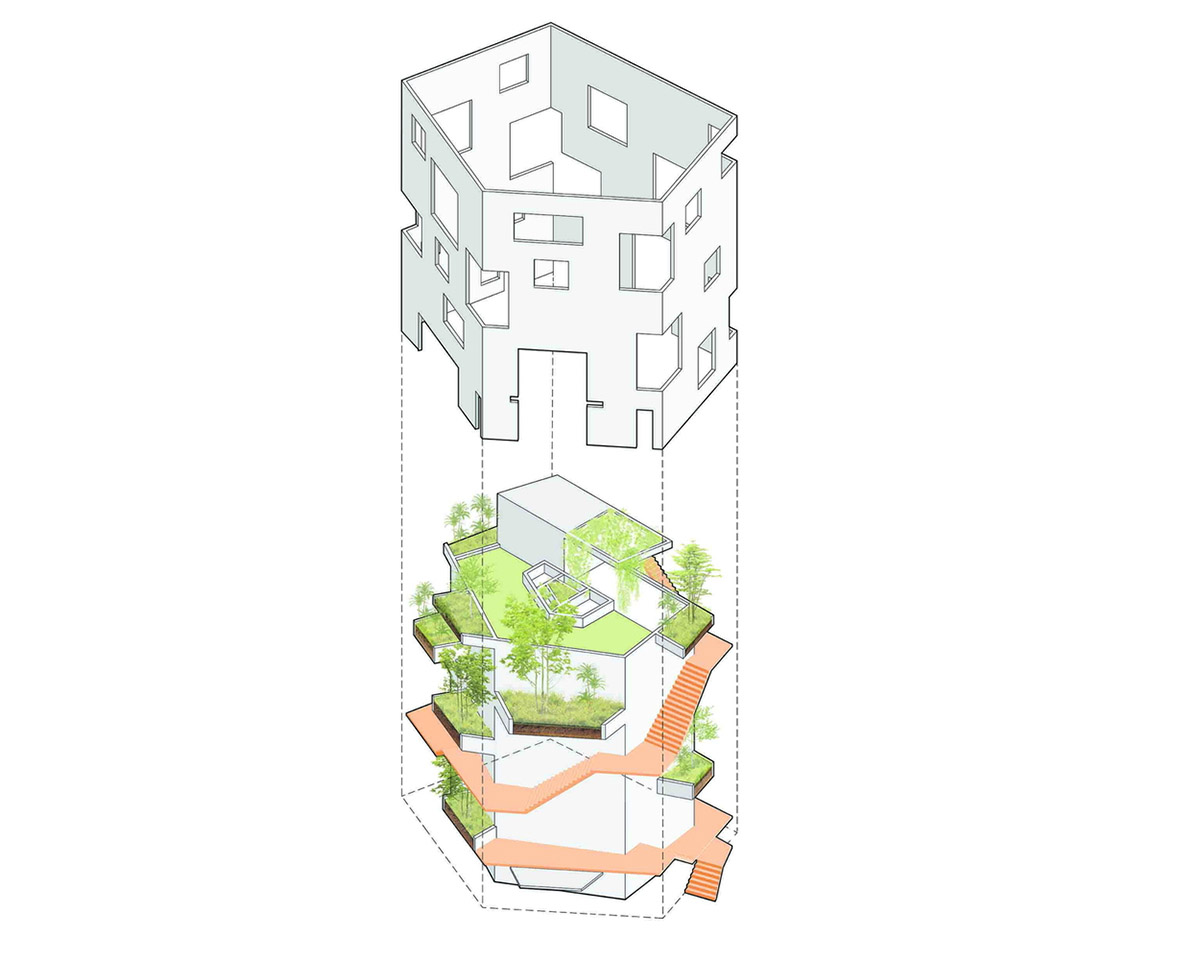 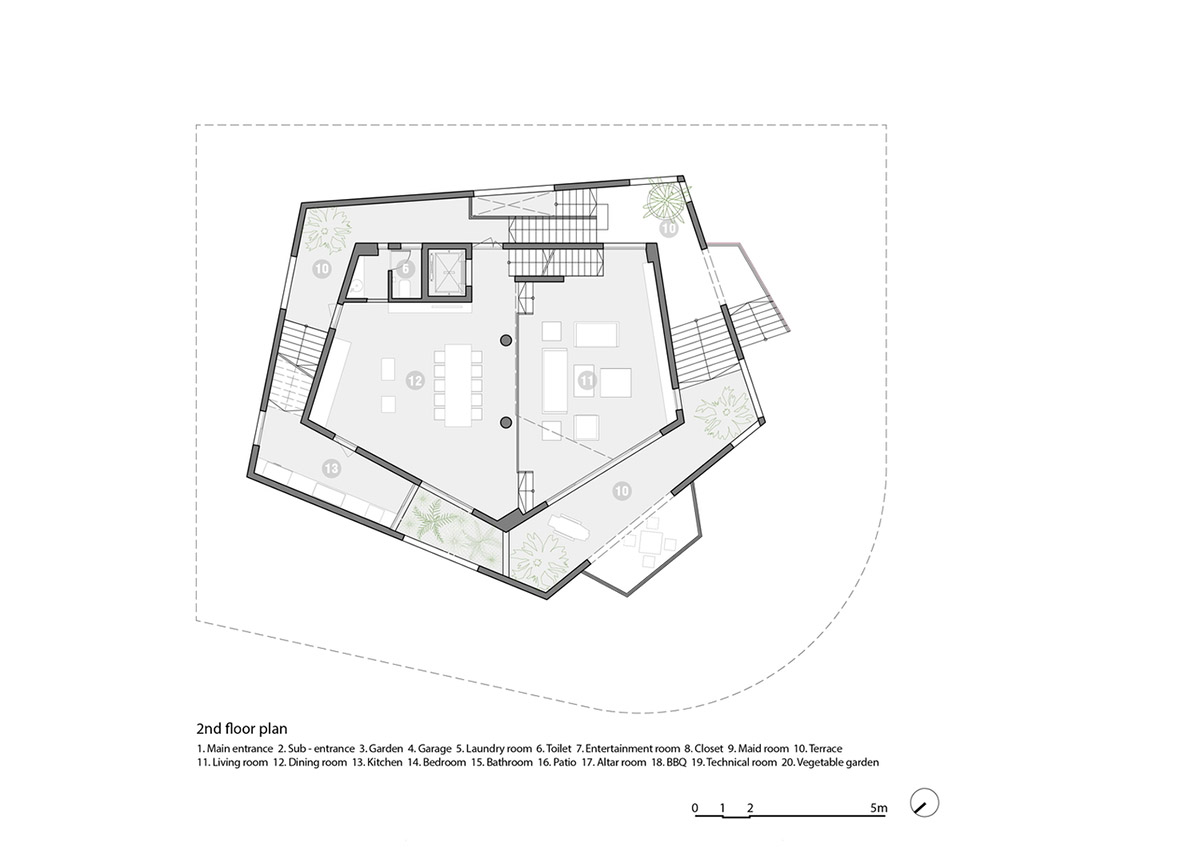 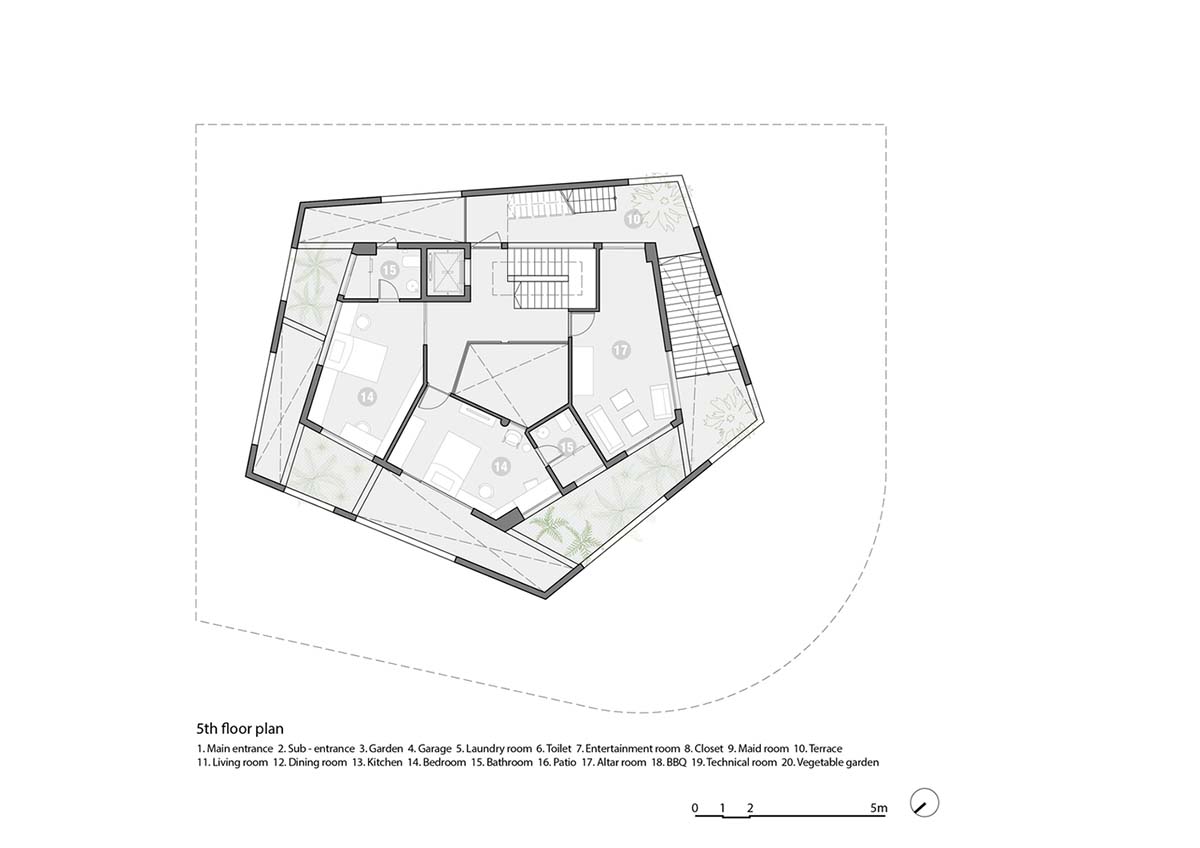 VTN Architects (Vo Trong Nghia Architects) was founded in 2006 by Vo Trong Nghia. The firm is a leading architectural practice in Vietnam with offices in Ho Chi Minh City and Hanoi.