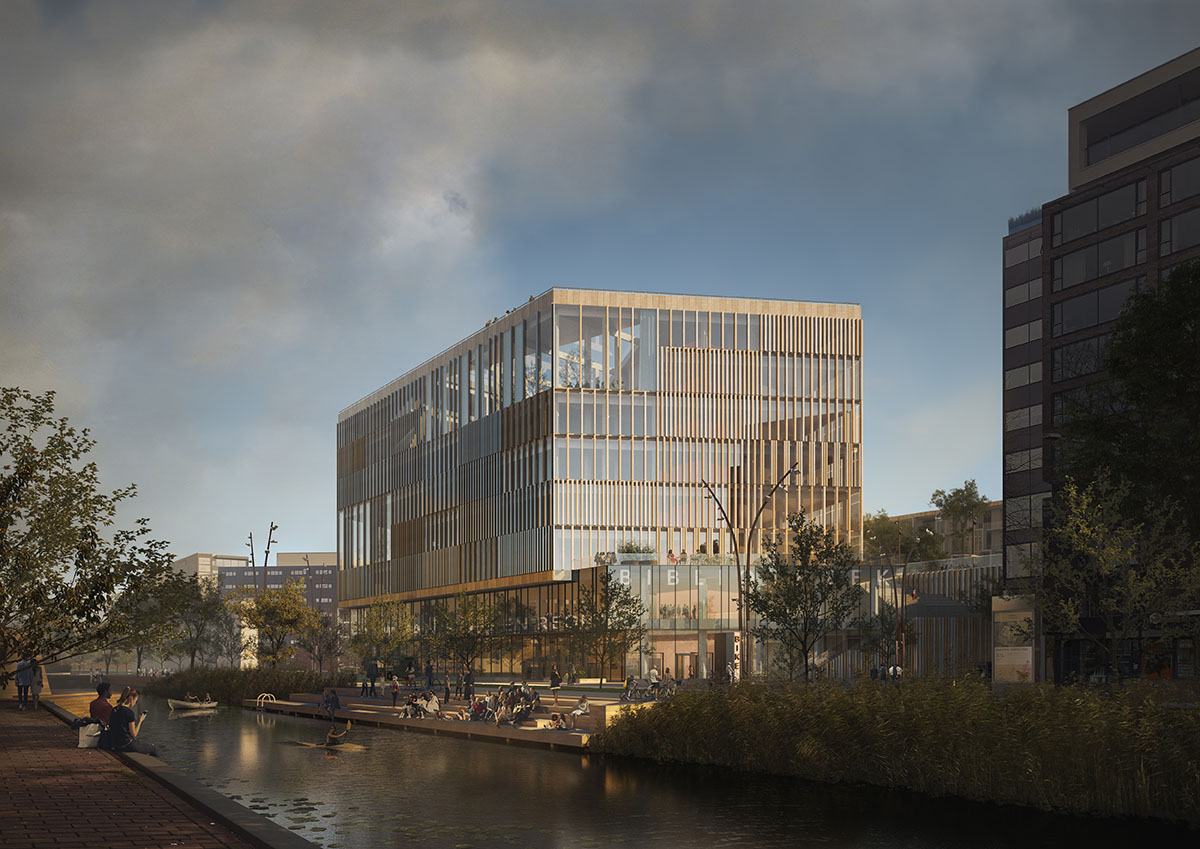 Schmidt Hammer Lassen Architects has won an international competition to design the House of the City and Region in Dordrecht, The Netherlands.

Conceived as "a golden box", the 22,000-square-metre civic building will become Dordrecht’s most prominent public hub.

The cultural anchor and urban node comprises a citizens’ service centre, library, tourist information centre, and workplaces for the civil services of the municipality Dordrecht and the Drechtsteden. 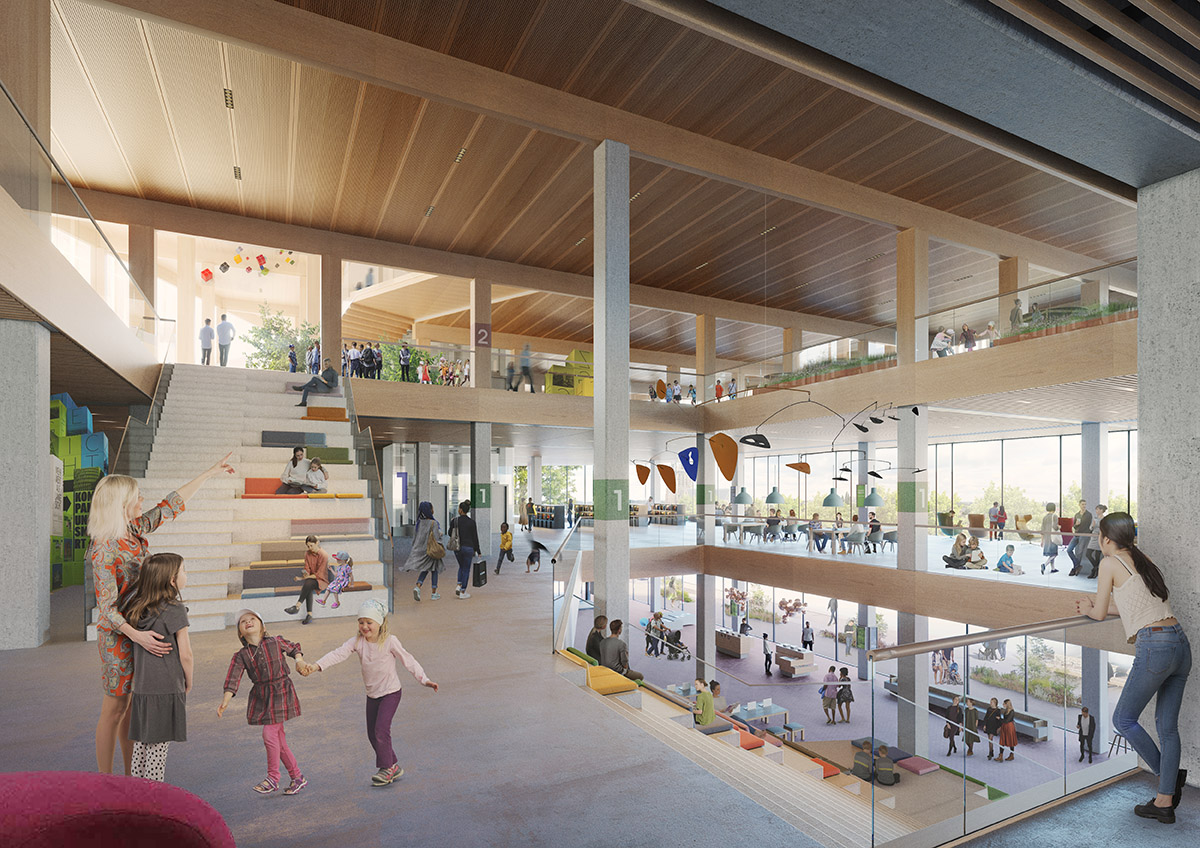 The proposal for the new House of City and Region embodies the spirit and identity of Dordrecht as a city on the water.

With its unique location between the train station and historic city centre, the project will function as a facilitator of culture, a connector, and an environment for ideas and innovation, co-created with its stakeholders. 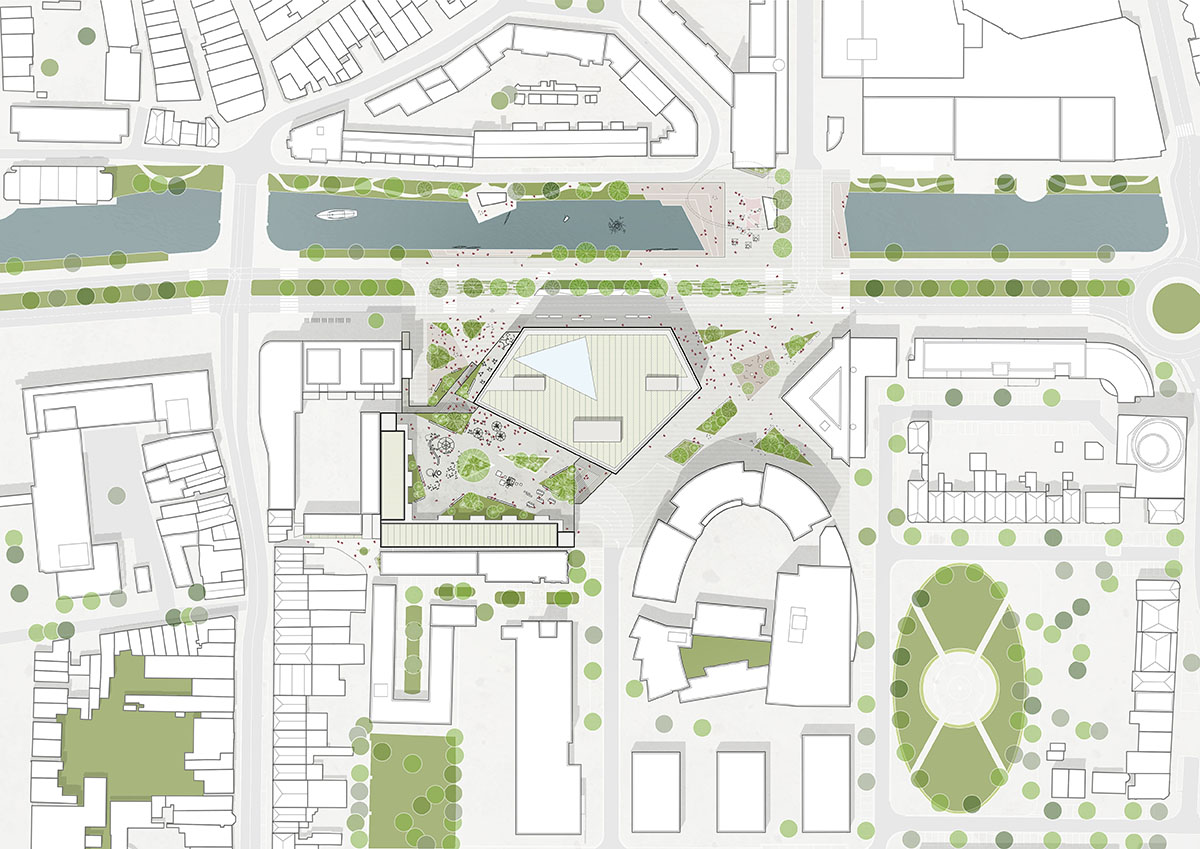 "We are humbled and thrilled to have been selected to work alongside the citizens of Dordrecht to realize a project of such significant cultural importance," said Elif Tinaztepe, Partner at Schmidt Hammer Lassen.

"The new building will help define the future vision of the urban park, the library, and the workplace." 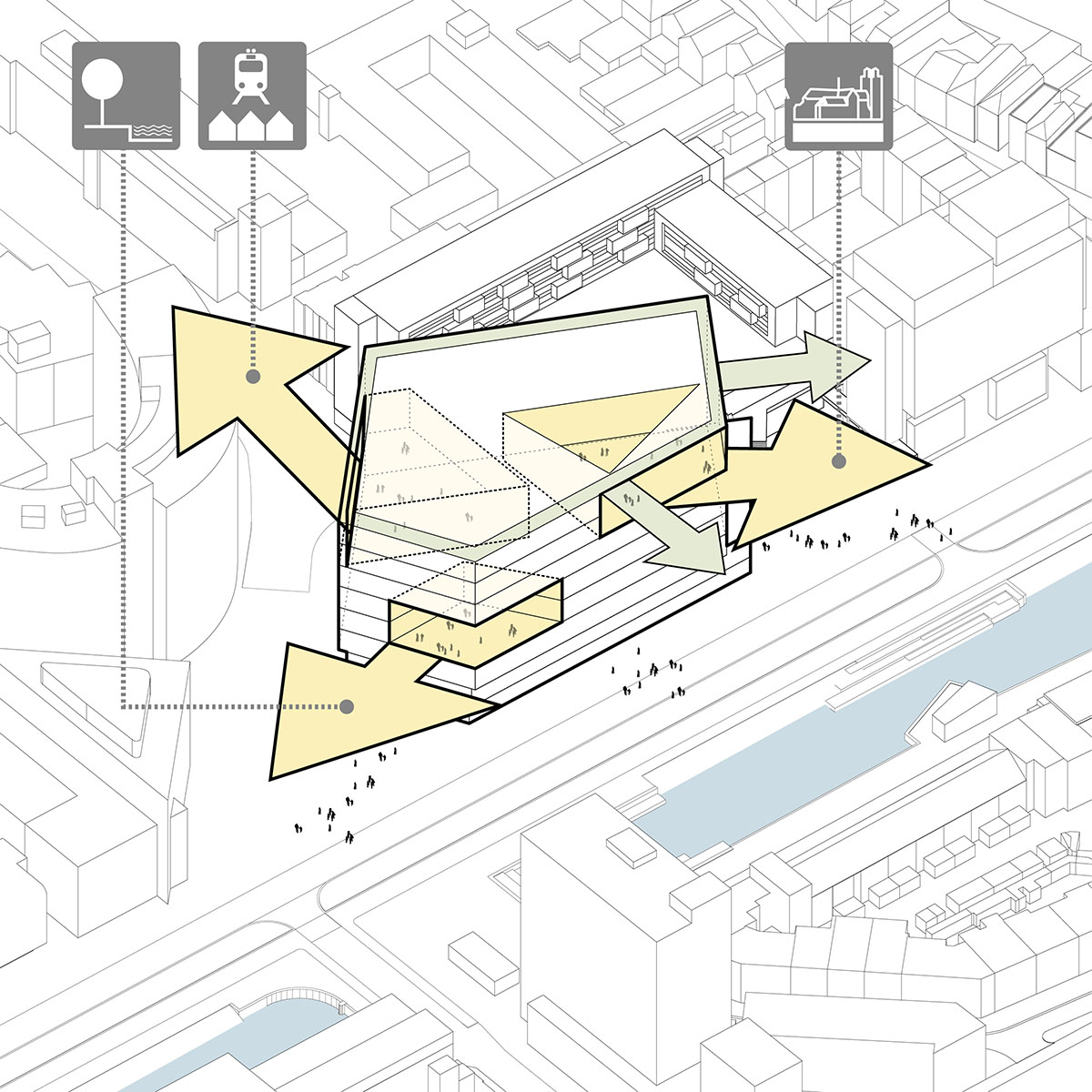 An urban living room for Dordrecht

Schmidt Hammer Lassen’s vision for Dordrecht’s new House of the City and Region combines spatial diversity and physical and visual connectivity to create a welcoming atmosphere for the citizens and visitors of the city as well as the staff at the municipality. 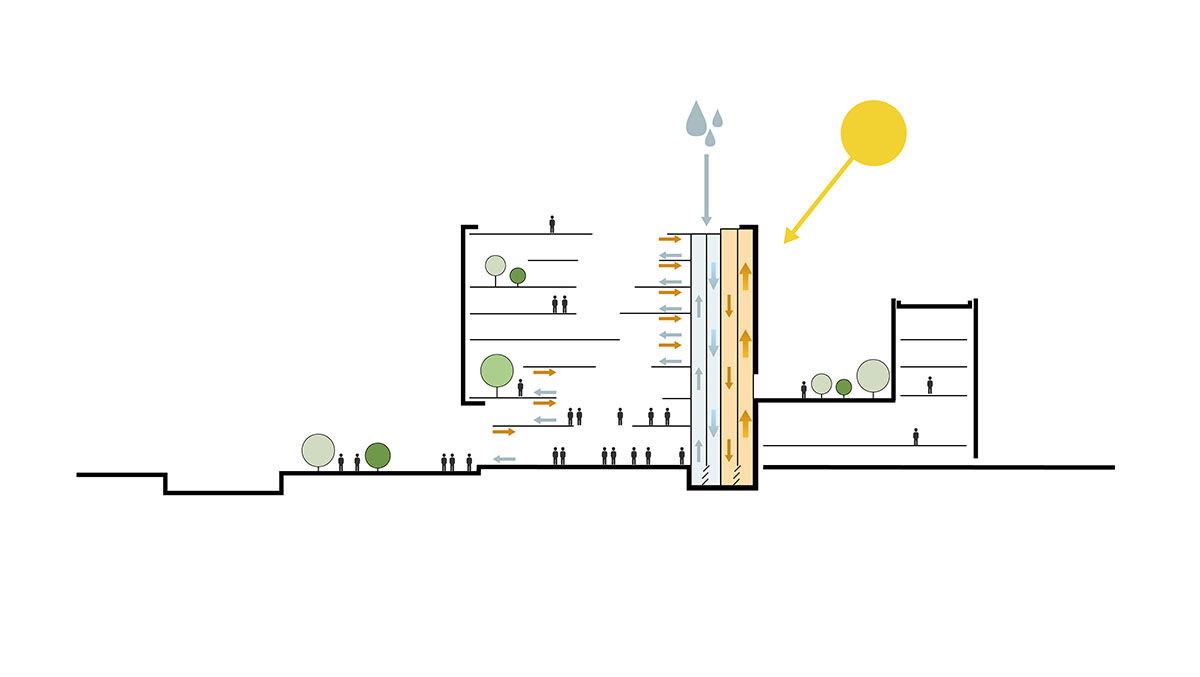 The winning proposal offers several new public spaces around the building such as the square that marks the main entrance and connects with the city centre, and a pocket park that creates a more intimate public space. There is clear focus on the human scale and the pedestrian experience. The robust yet warm materiality of the building provides a deliberate contrast to the adjacent office and residential buildings.

The compact building promotes synergy between the various functions, while carved, double-height spaces enhance visual connectivity. The facades act as windows to the city as the double-height spaces are oriented towards significant locations in the city such as the church, the square, and the train station. 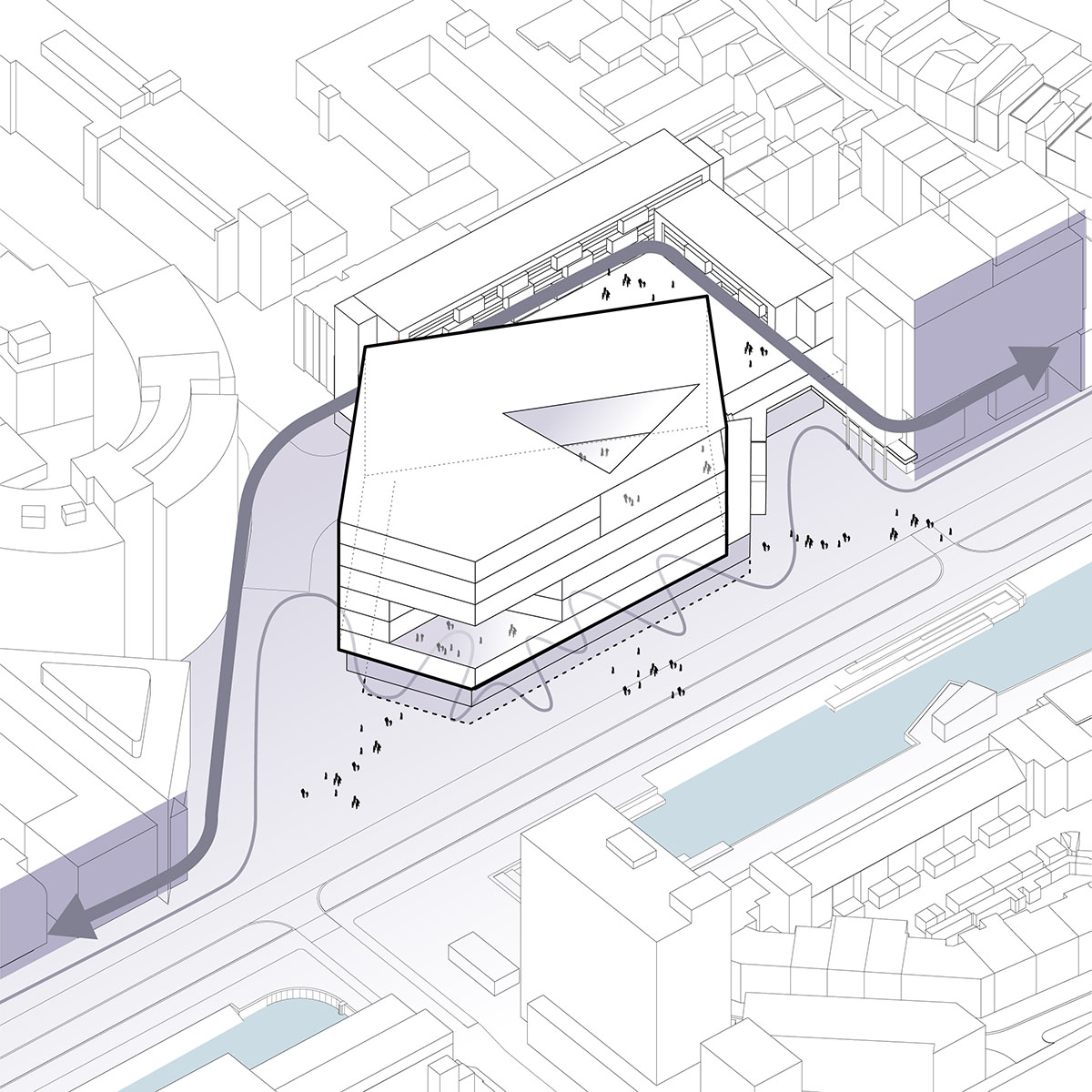 The public library and workplaces for the municipality share common qualities such as environments for concentration, spaces to work together in teams, opportunities to relax, and room to hold formal and informal meetings. 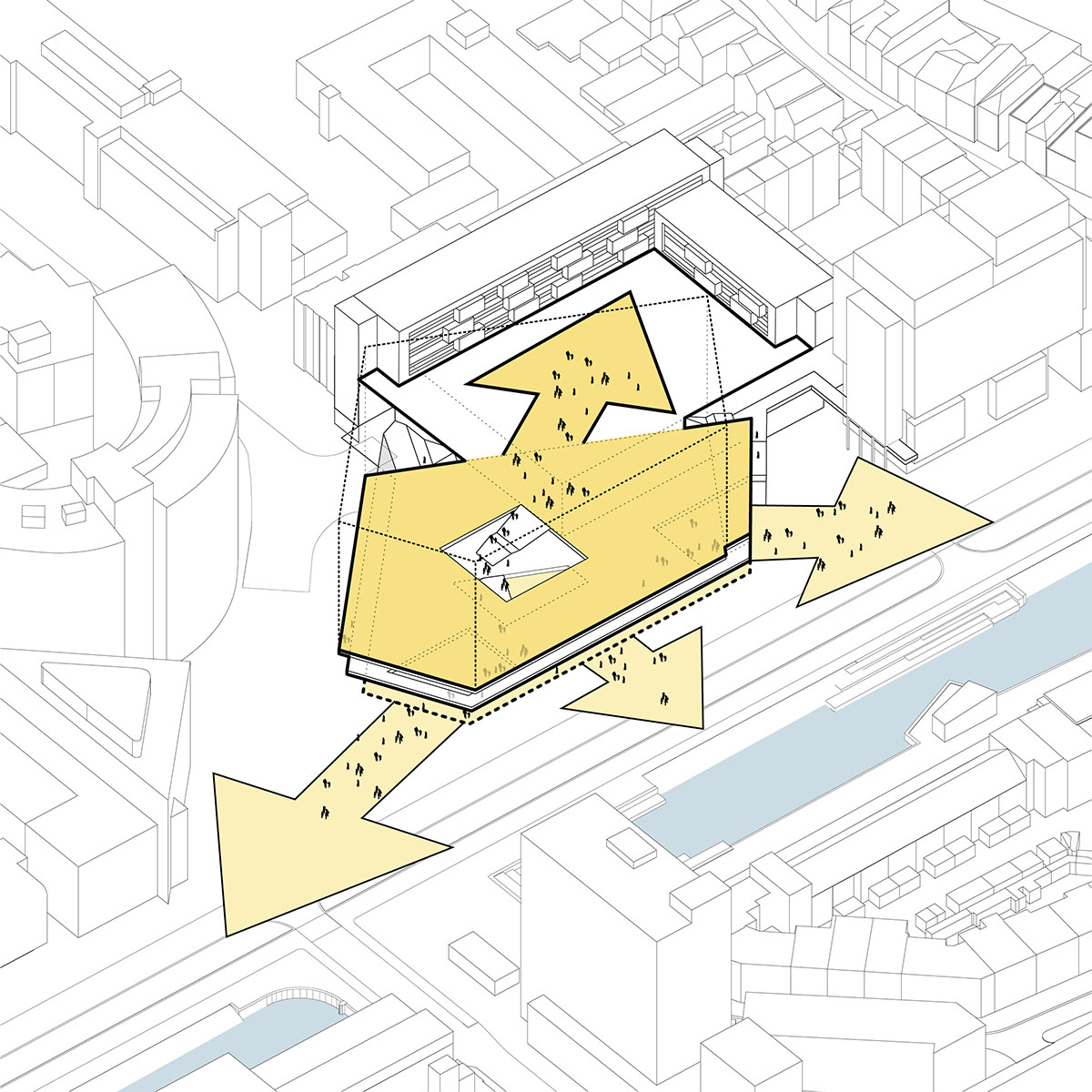 The jury selected Schmidt Hammer Lassen because of its "radical, ingenious, and comprehensive" approach to the assignment. The jury continued by stating: "The proposal is flexible and offers opportunities to continue questioning and developing the building in every sense. The end result is an optimistic future monument for Dordrecht." 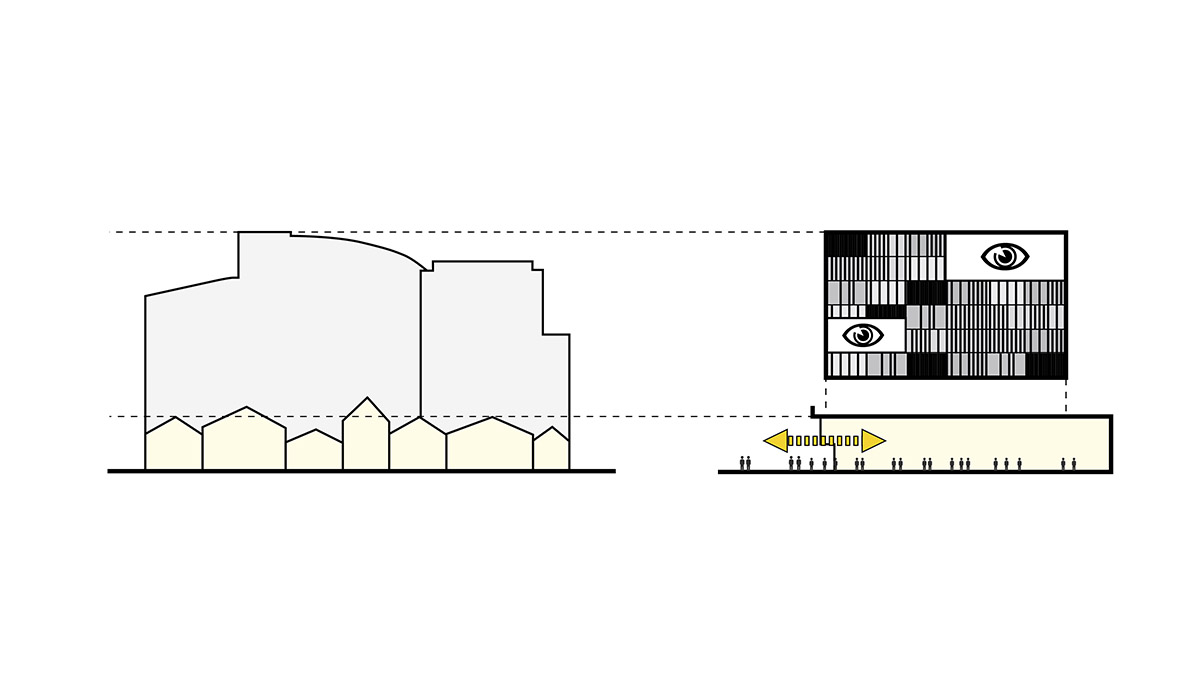 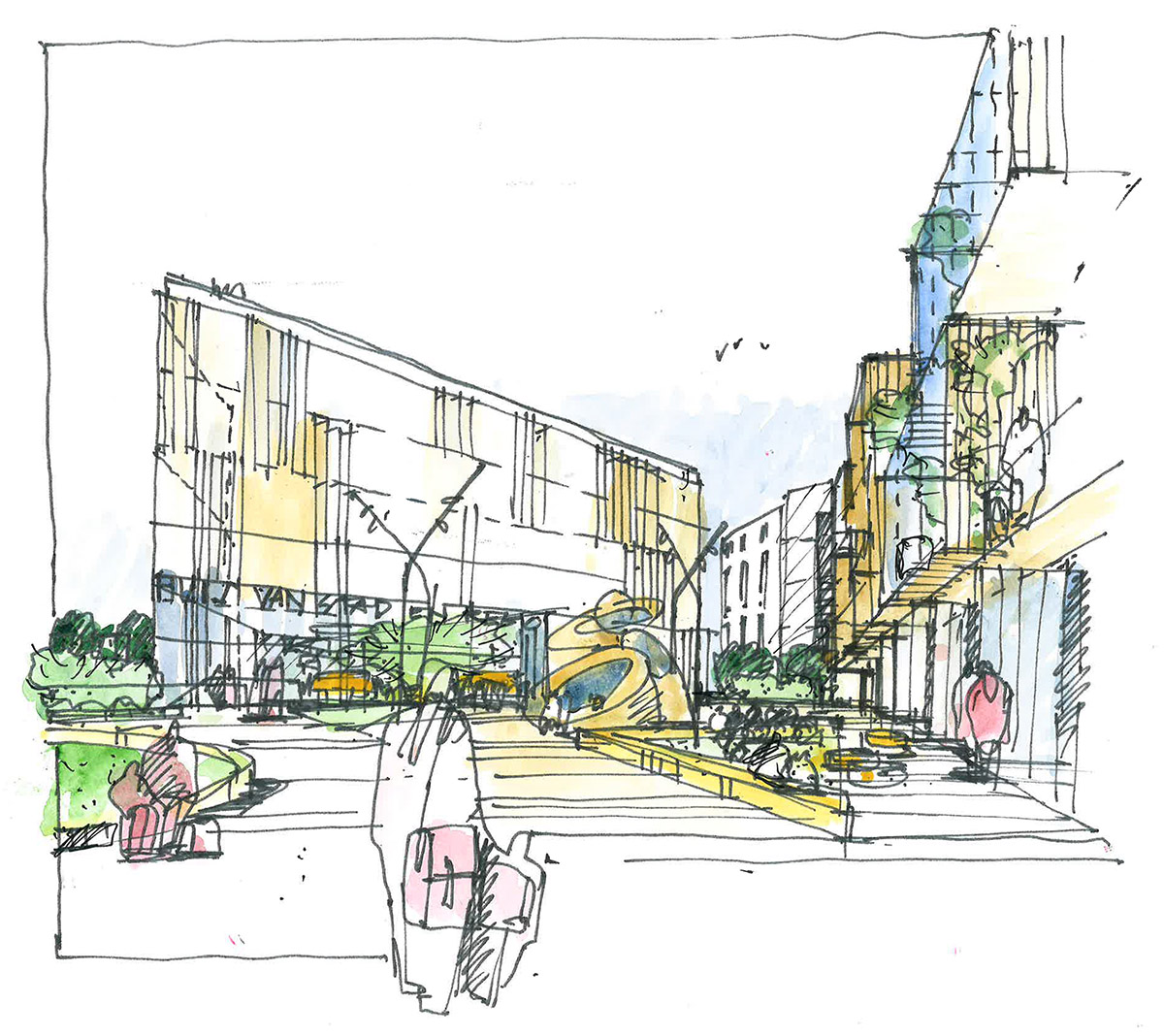 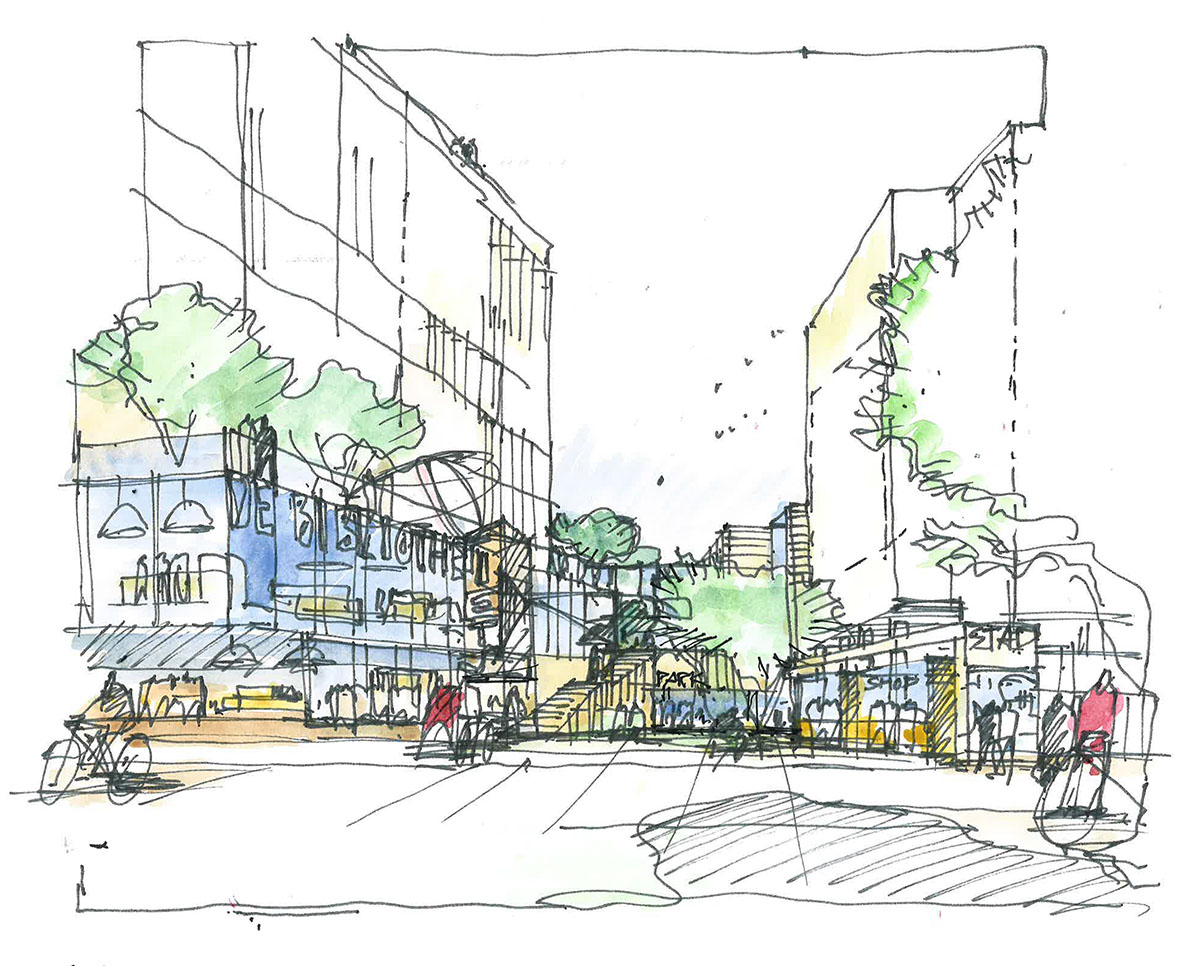 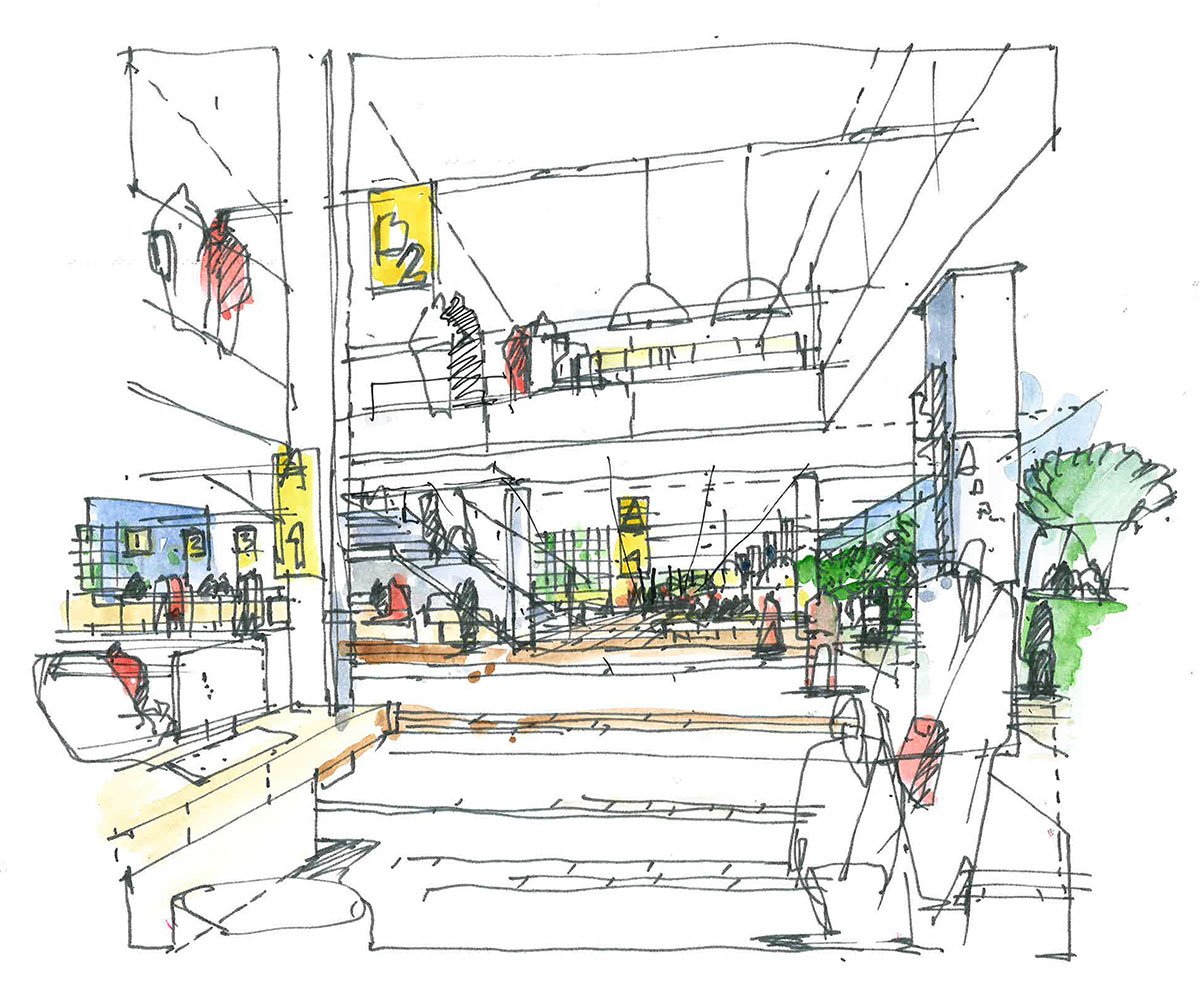 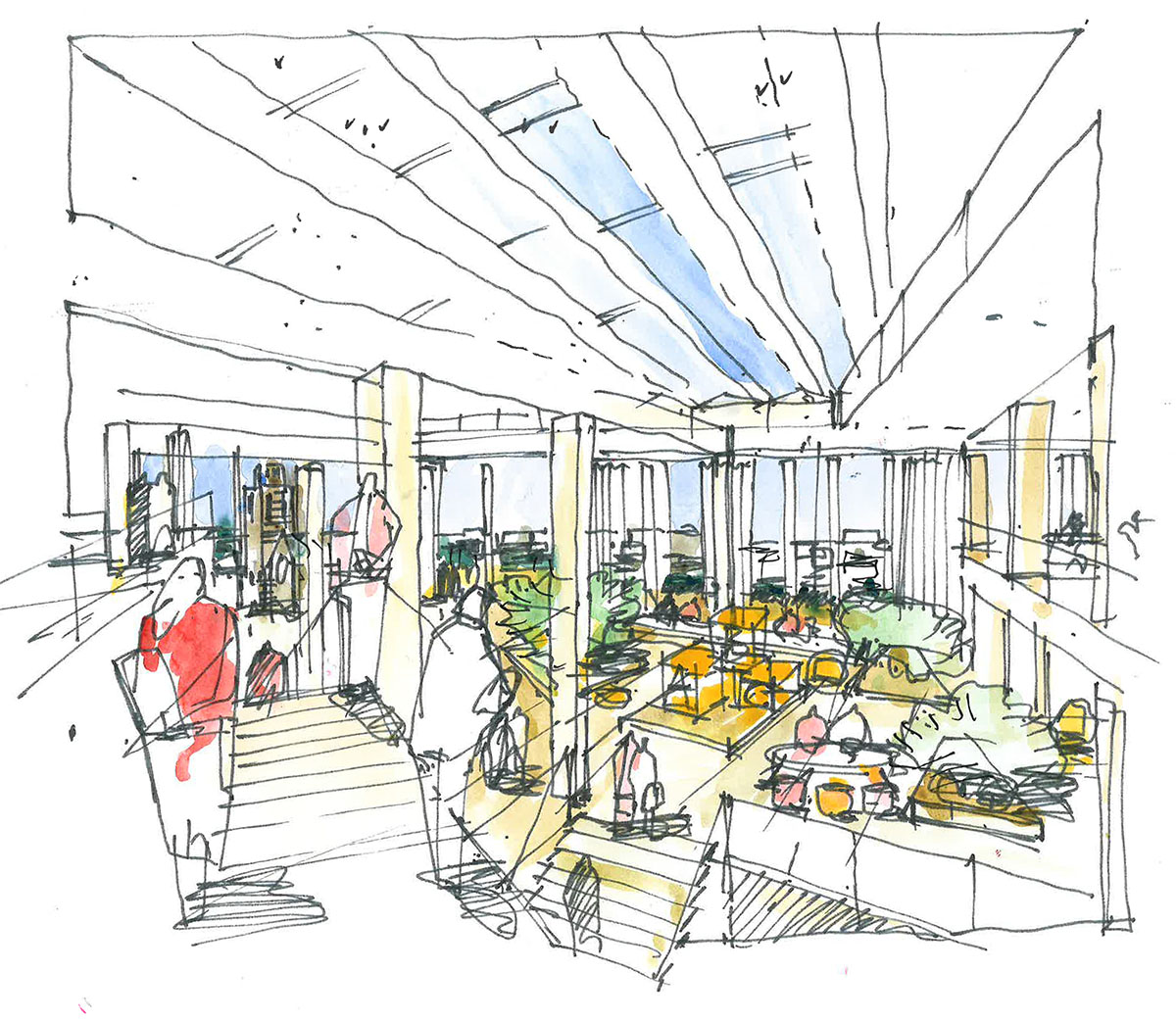 Schmidt Hammer Lassen was founded in Aarhus, Denmark in 1986 by architects Morten Schmidt, Bjarne Hammer and John F. Lassen. With more than 30 years of experience, the studio produces a number of projects in the world, including university buildings, libraries, residential and masterplan projects in various sizes and scales.

Recently, SHL Architects and Perkins and Will joined forces to expand portfolio into North America. SHL Architects has offices in Copenhagen, Aarhus and Shanghai.