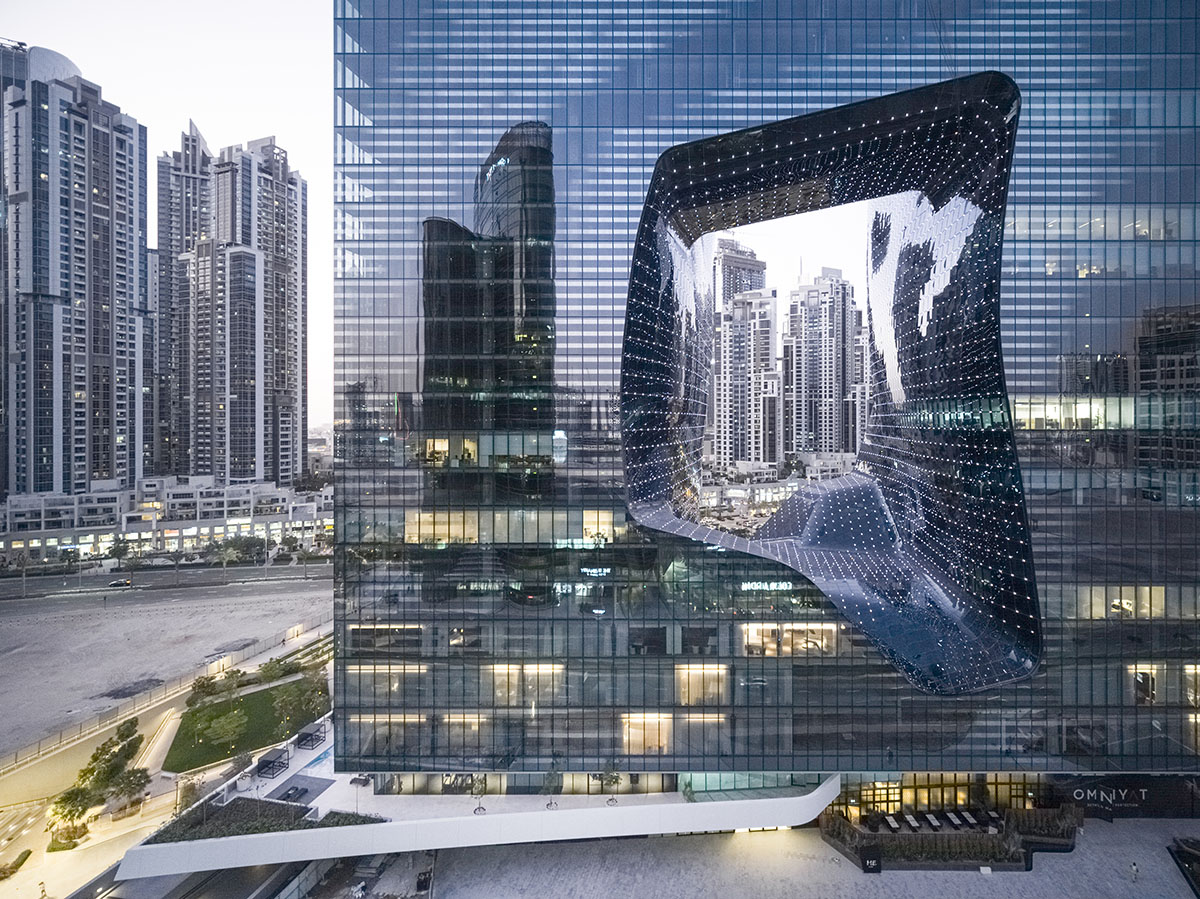 The new set of photographs of Laurian Ghinitoiu shows how the building is perceived from different angles at night and among other buildings.

Named Opus, the 84,300-square-metre hotel is located in the Burj Khalifa district adjacent to Downtown Dubai and Business Bay on the Dubai Water Canal and features a dramatic free-form void that has been ‘eroded’ in its centre. The free-form void perfectly sits at the center of the building in its own right. 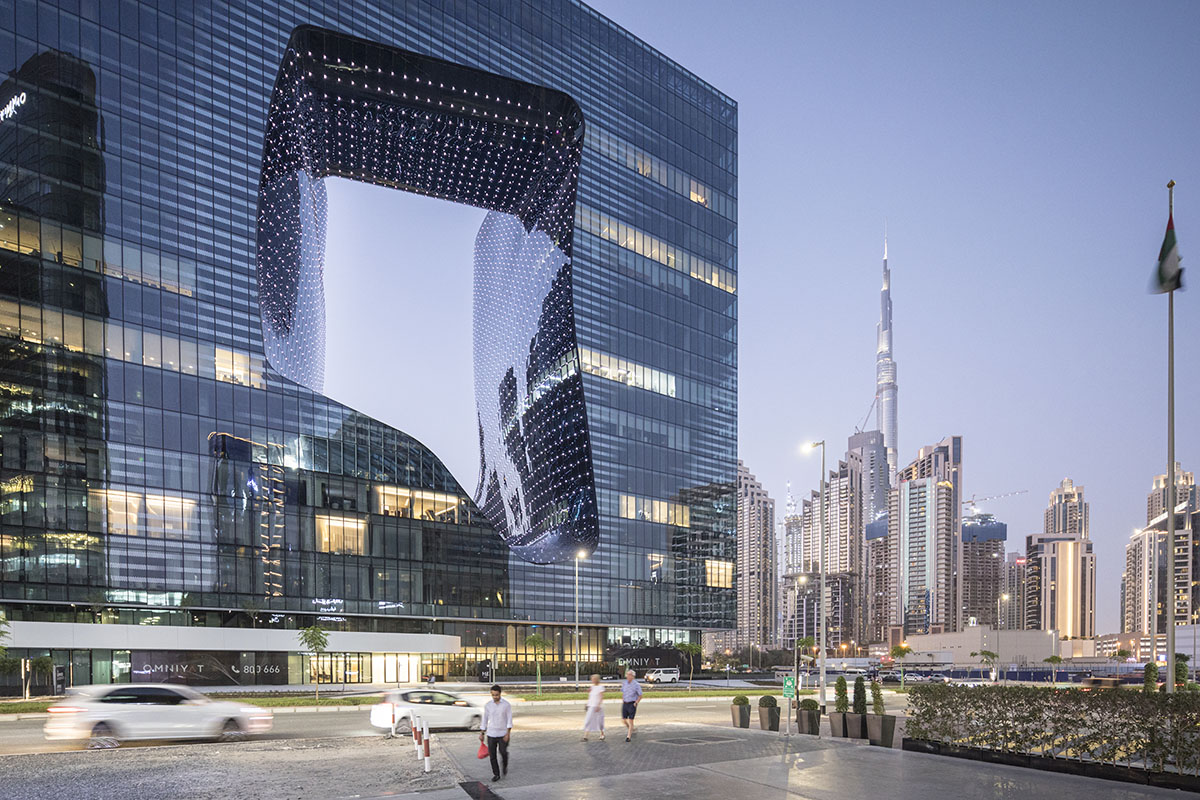 Completed in 2020, the Opus Hotel is the only hotel project of the late Zaha Hadid who has been involved, before passing away on March 31, 2016. The late Zaha Hadid designed both architecture and interiors of the building. 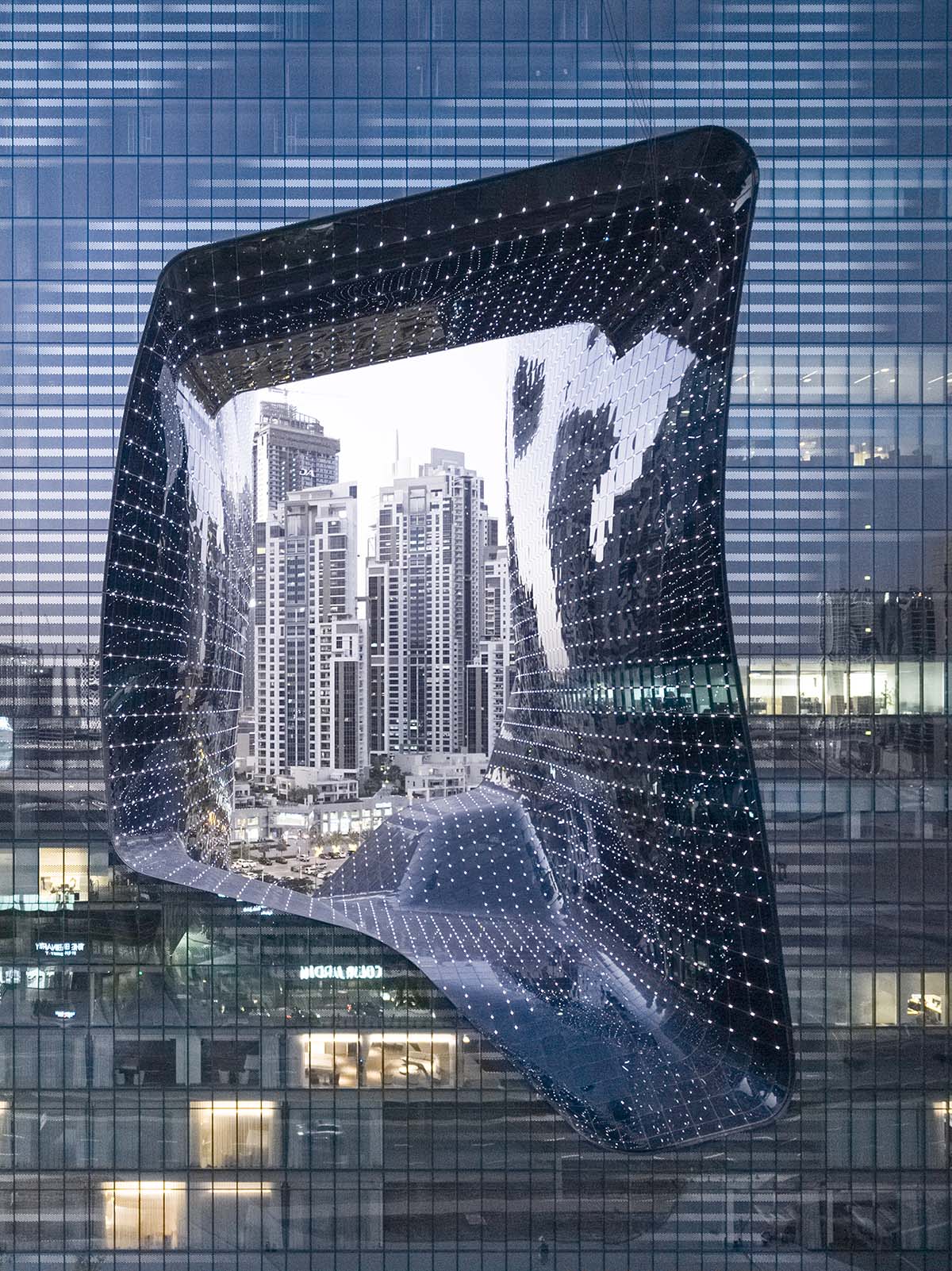 "Exploring the balance between solid and void, opaque and transparent, interior and exterior, the design was presented by Zaha Hadid in 2007 and is the only hotel in which she created both its architecture and interiors," said ZHA in a project description.

The Opus was designed as two separate towers that coalesce into a singular whole—taking the form of a cube. The cube has been ‘eroded’ in its centre, creating a free-form void that is an important volume of the design in its own right. 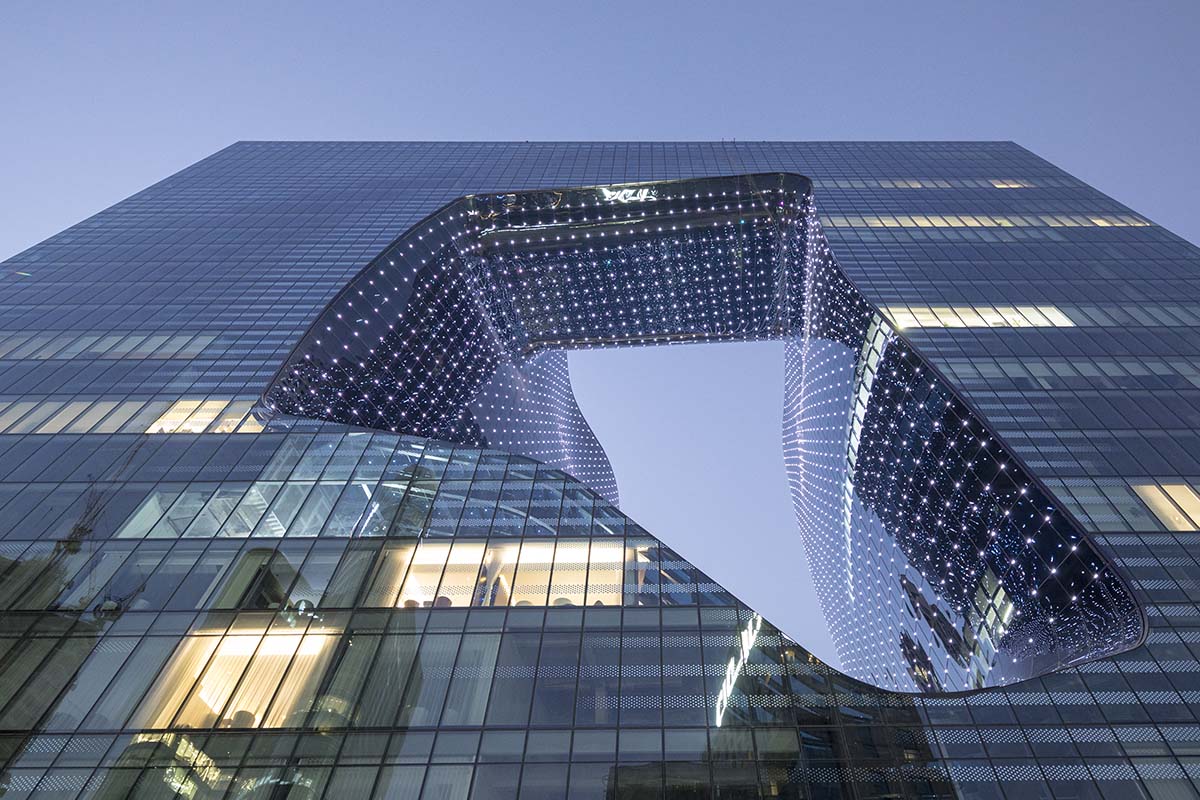 The two halves of the building on either side of the void are linked by a four-storey atrium at ground level and also connected by an asymmetric 38 metre wide, three-storey bridge 71 metres above the ground.

"The precise orthogonal geometries of the Opus’ elemental glass cube contrast dramatically with the fluidity of the eight-storey void at its centre," explained Christos Passas, project director at Zaha Hadid Architects. 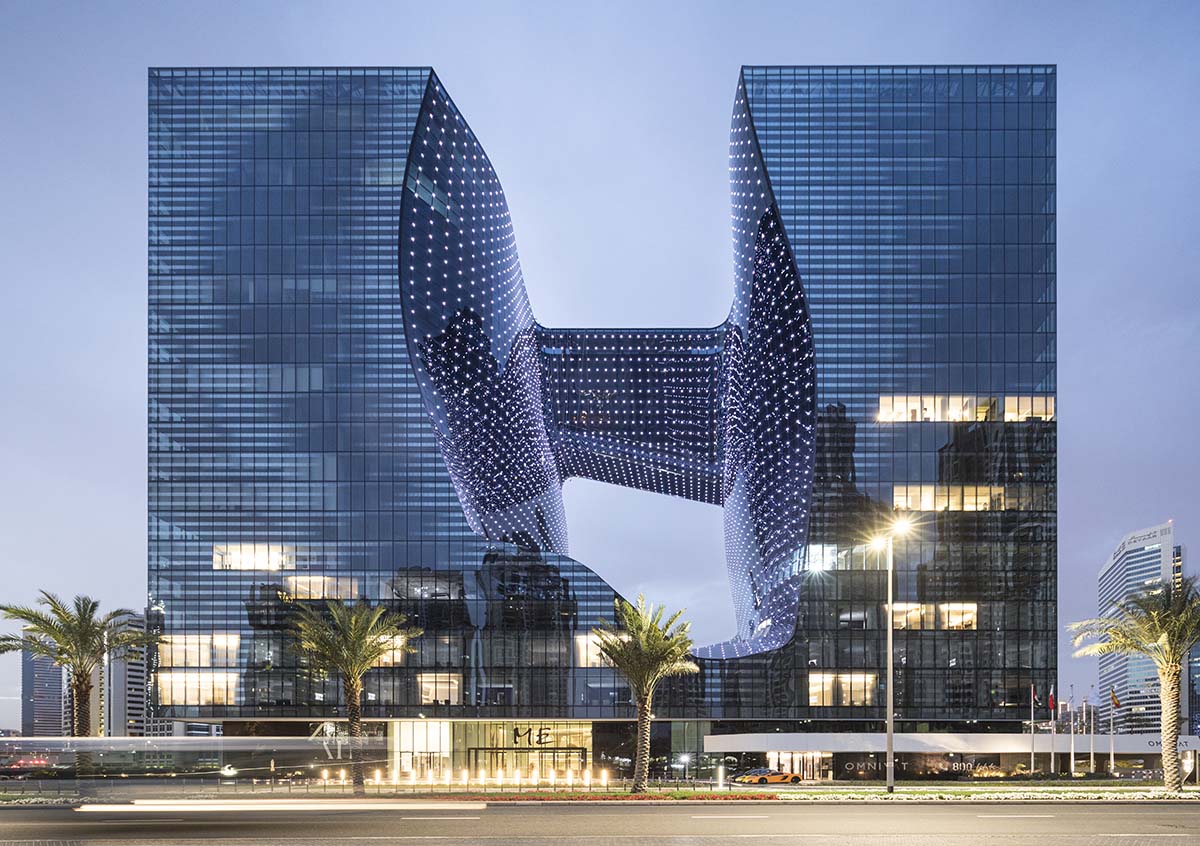 Applied around the entire building, this dotted frit patterning emphasizes the clarity of the building’s orthogonal form, while at the same time, dissolving its volume through the continuous play of light varying between ever-changing reflections and transparency. 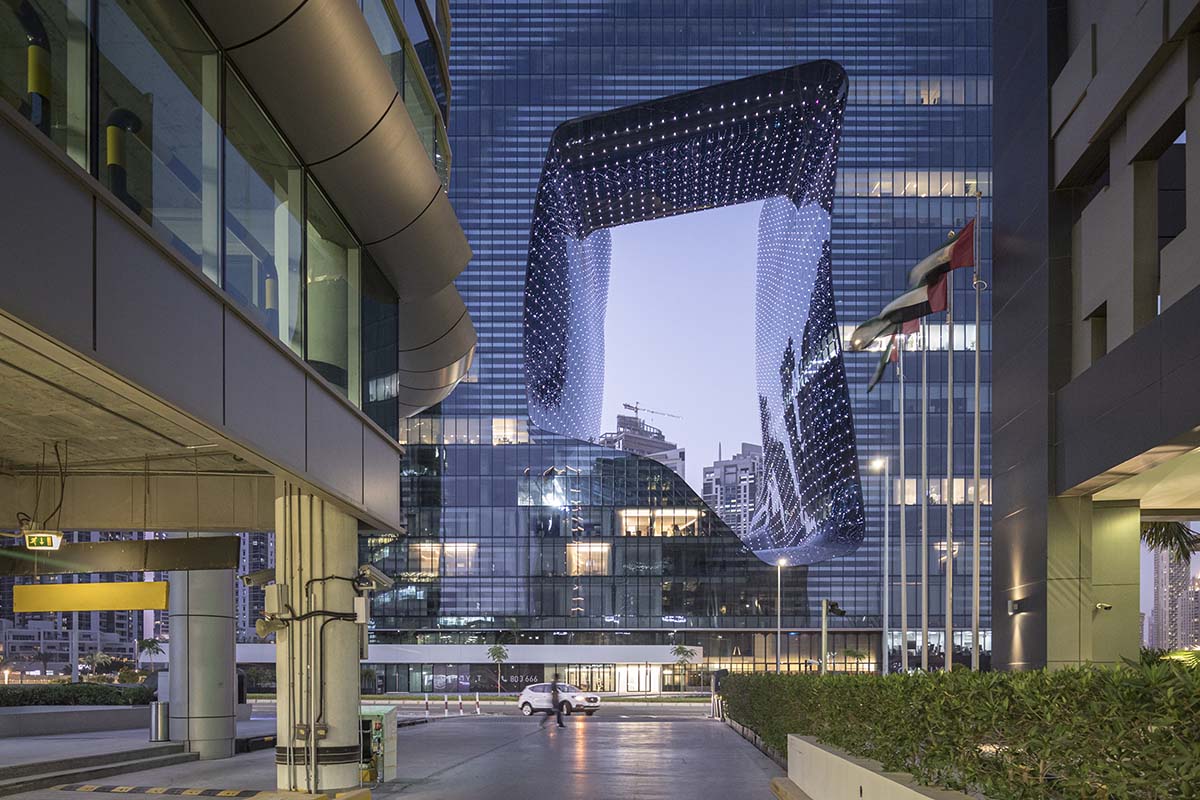 The void’s 6,000 square metre façade is created from 4,300 individual units of flat, single-curved or double-curved glass. The high-efficiency glazing units are comprised of 8mm Low-E glass (coated on the inside), a 16mm cavity between the panes and 2 layers of 6mm clear glass with a 1.52mm PVB resin laminate. During the day, the cube’s façade reflects the sky, the sun and the surrounding city; whilst at night, the void is illuminated by a dynamic light installation of individually controllable LEDs within each glass panel. 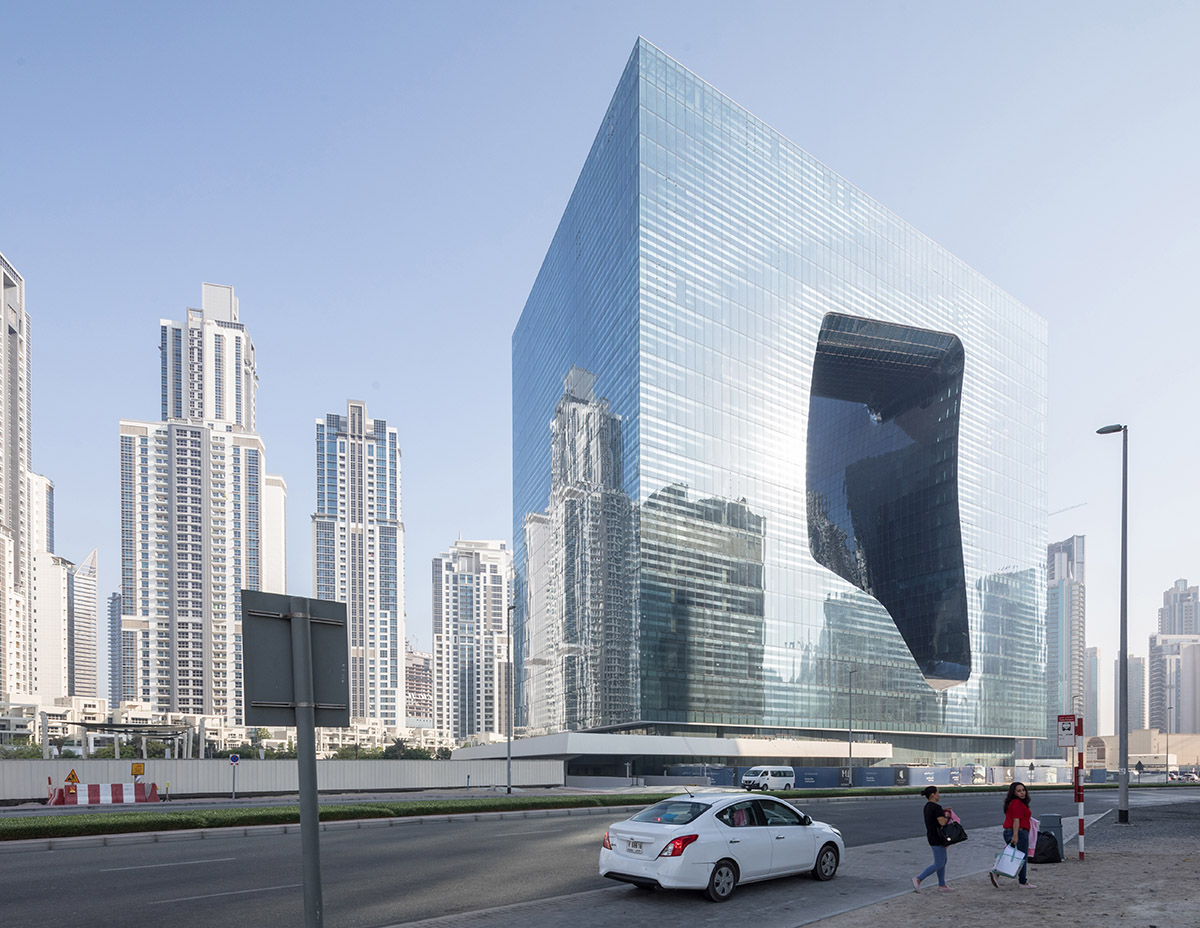 Furniture by Zaha Hadid Design is installed throughout the hotel, including the ‘Petalinas’ sofas and 'Ottomans' pods in the lobby that are fabricated from materials ensuring a long lifecycle and its components can be recycled.

The "Opus" beds in each bedroom while the "Work & Play" combination sofa with desk are installed in the suites. The hotel’s bedrooms also incorporate the "Vitae" bathroom collection, designed by Hadid in 2015 for Noken Porcelanosa, continuing her fluid architectural language throughout the hotel’s interiors. 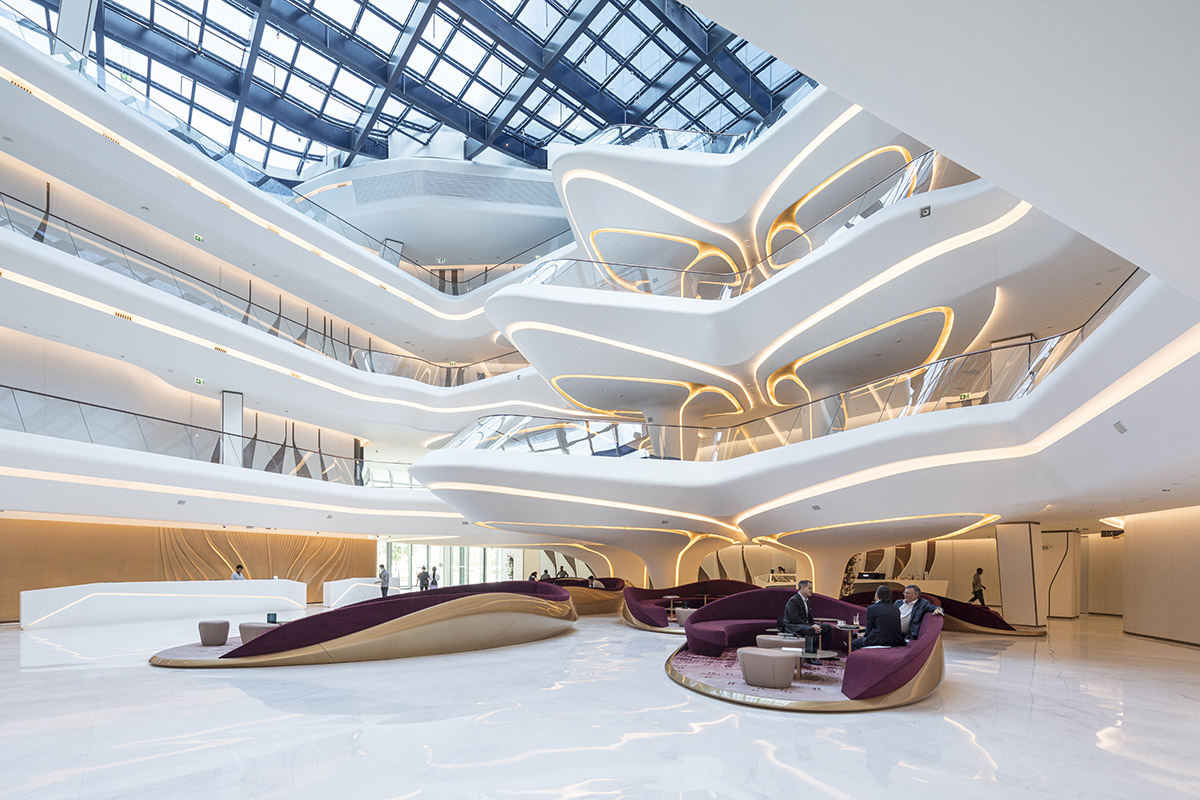 The ME Dubai hotel incorporates 74 rooms and 19 suites, while the Opus building also houses offices floors, serviced residences and restaurants, cafes and bars including ROKA, the contemporary Japanese robatayaki restaurant and the MAINE Land Brasserie. Sensors throughout the Opus automatically adjust the ventilation and lighting according to occupancy to conserve energy while ME Dubai follows Meliá Hotels International initiatives for sustainable practices.

Hotel guests will receive stainless-steel water bottles to use during their stay with drinking water dispensers installed throughout the hotel. 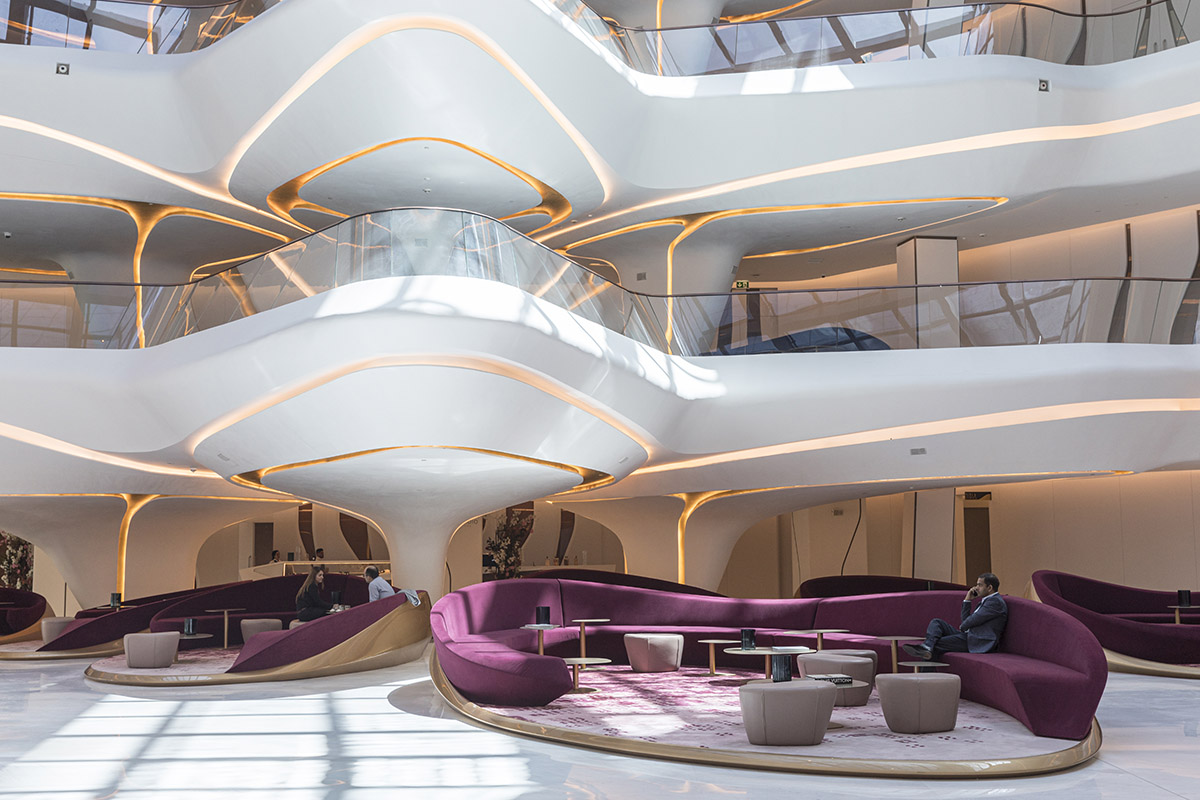 With no plastic bottles in guest rooms and a program to become entirely plastic free in all areas, the hotel is also reducing food waste by not serving buffets and has composters to recycle discarded organics. 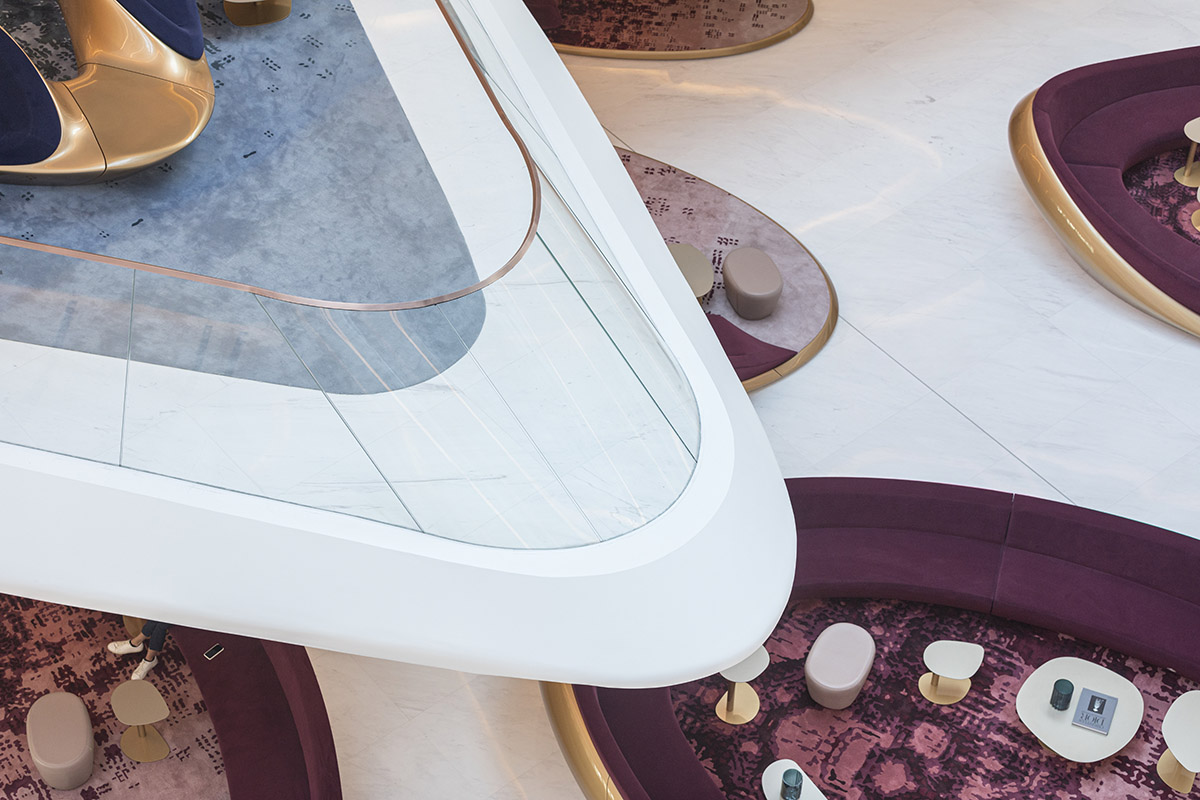 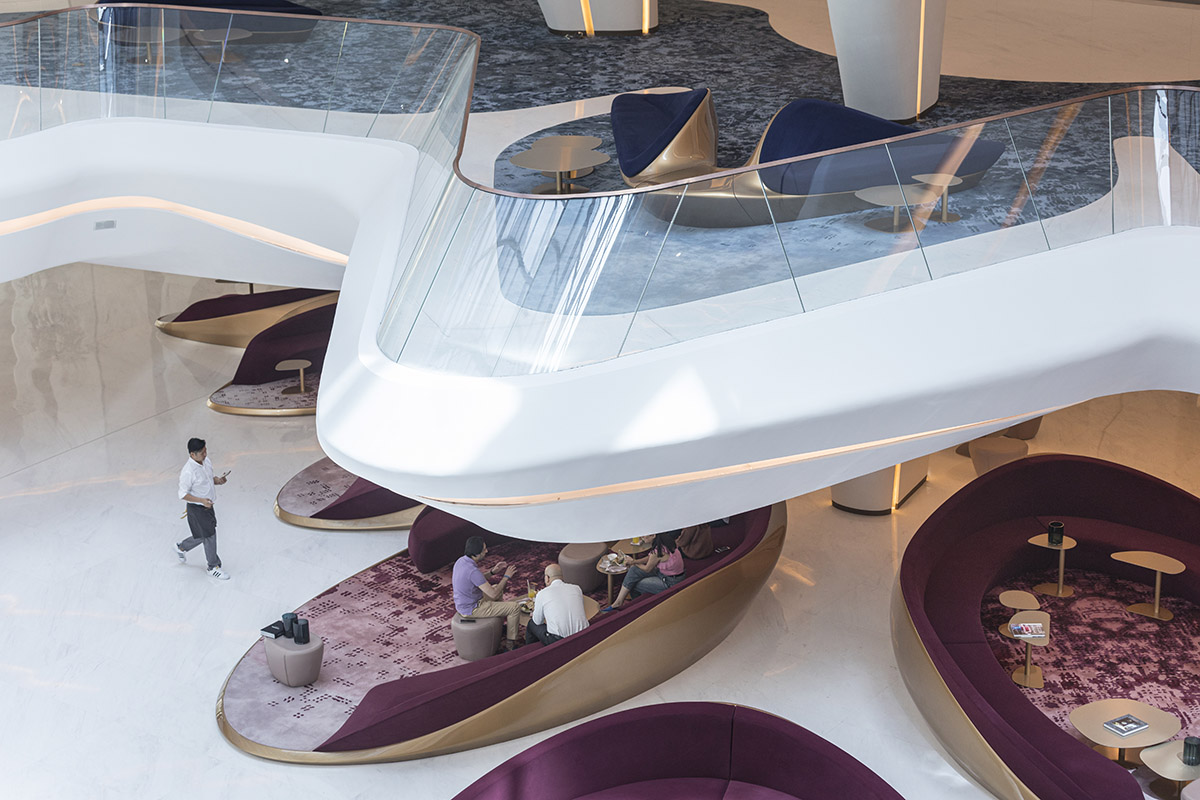 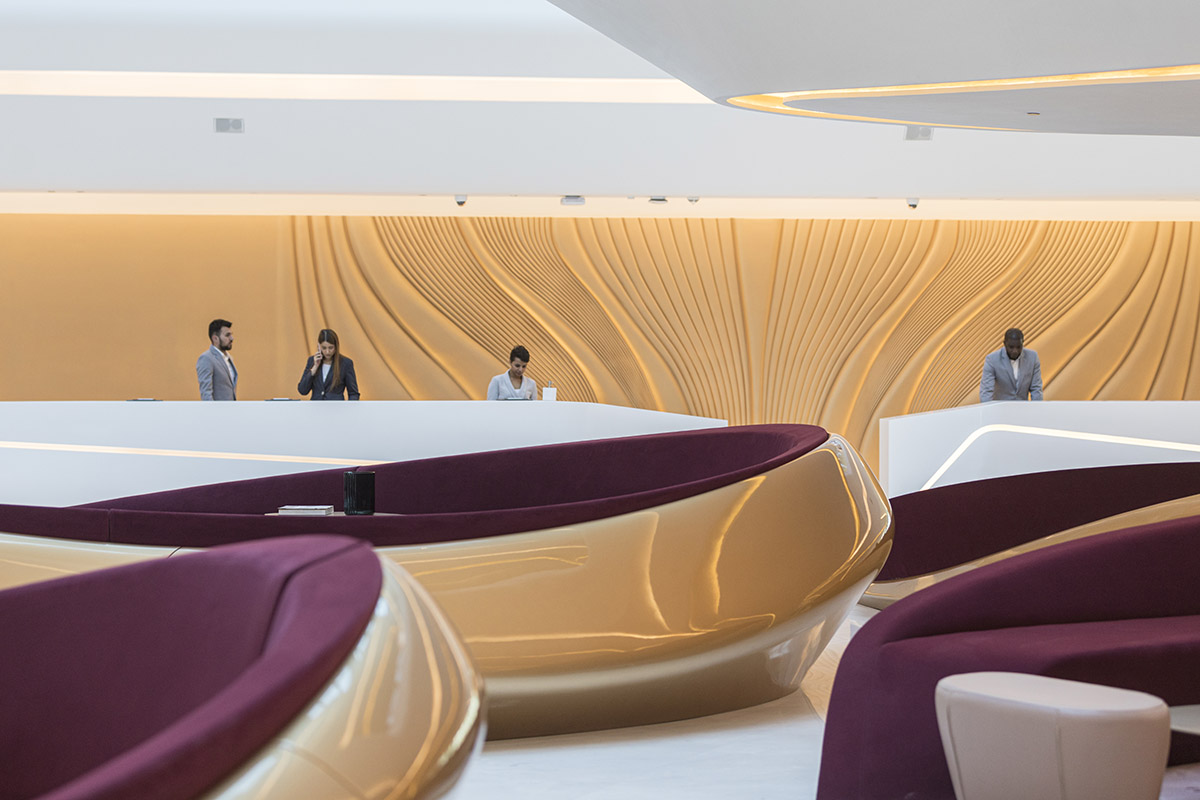 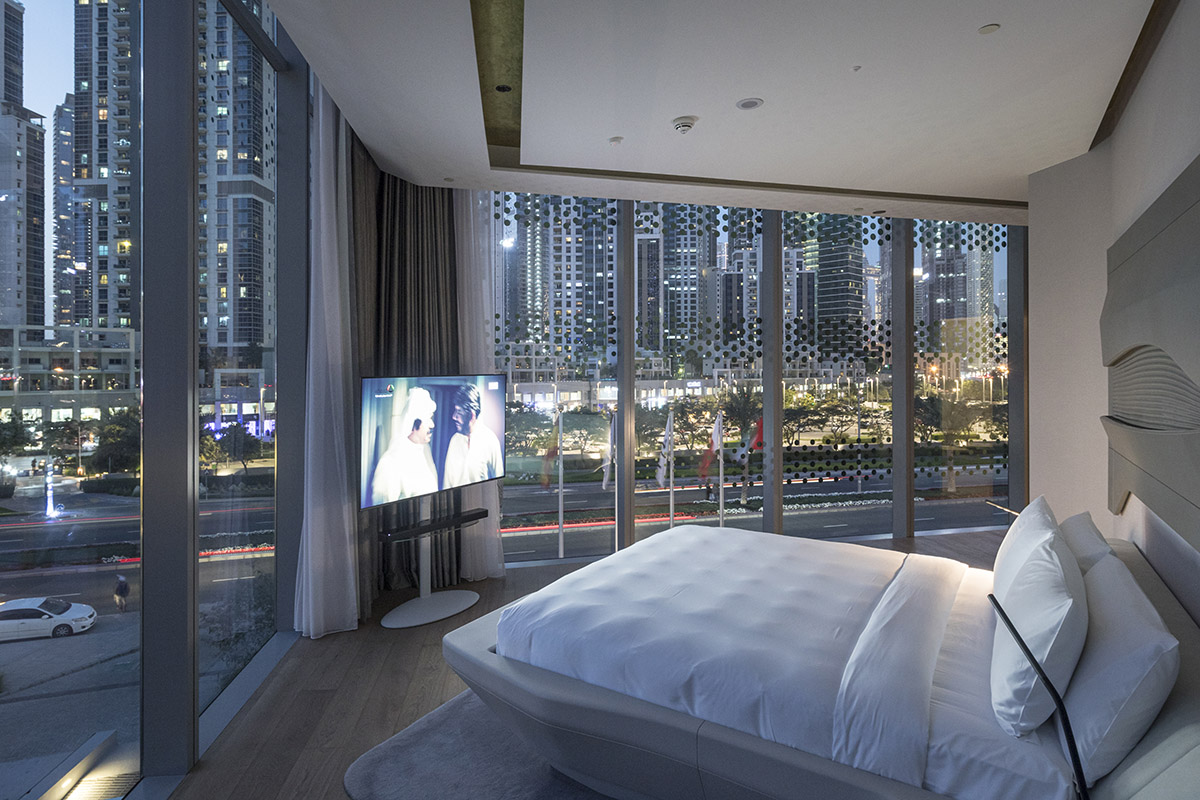 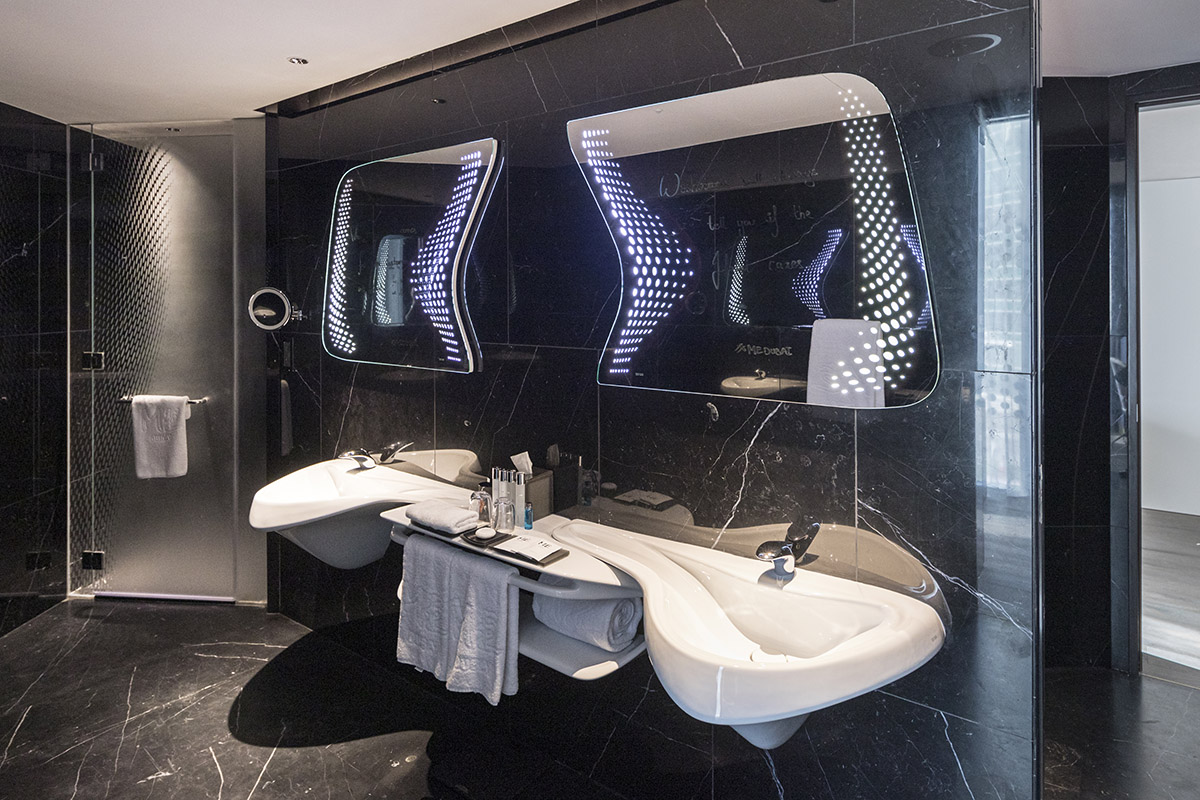 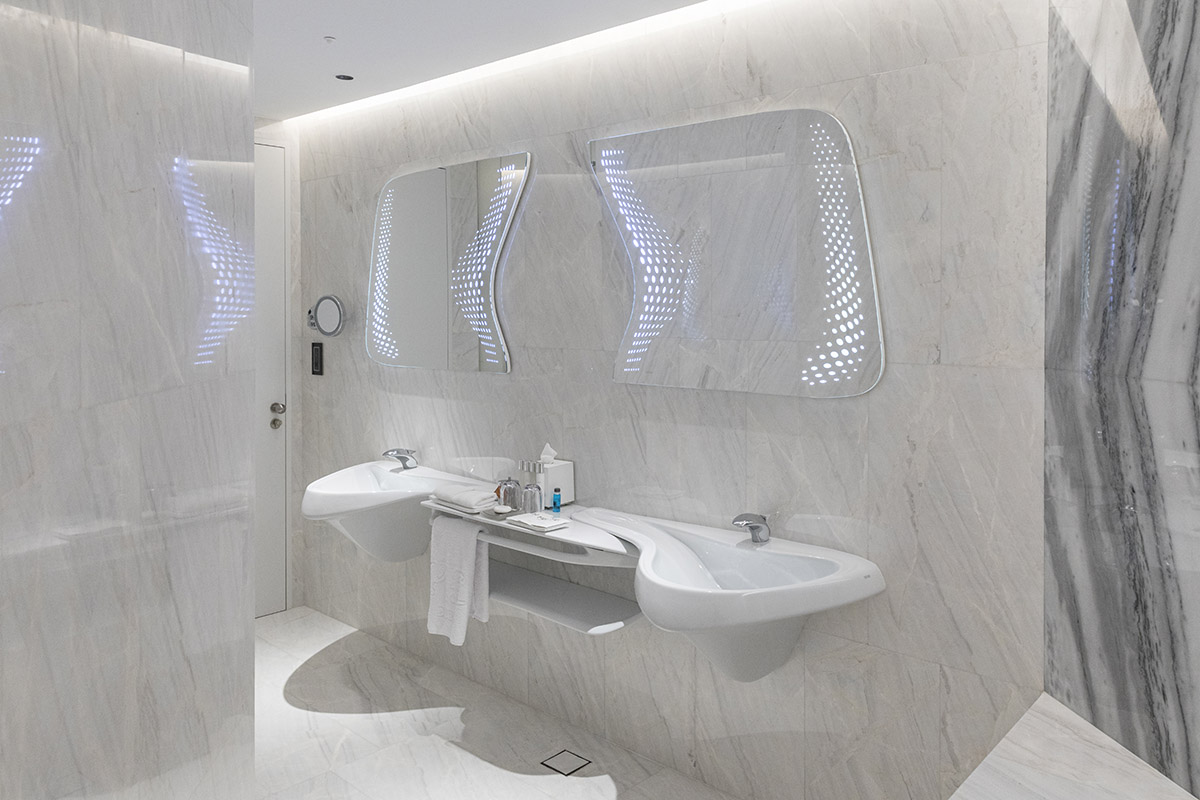 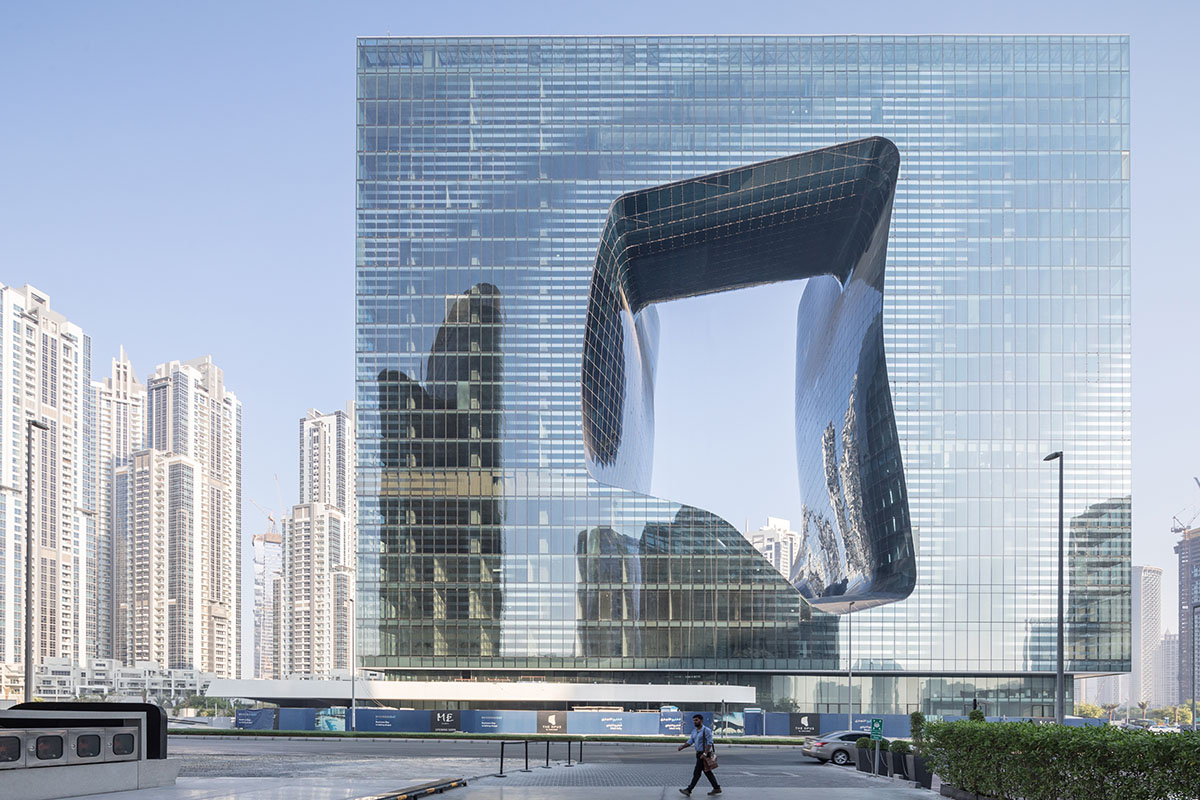 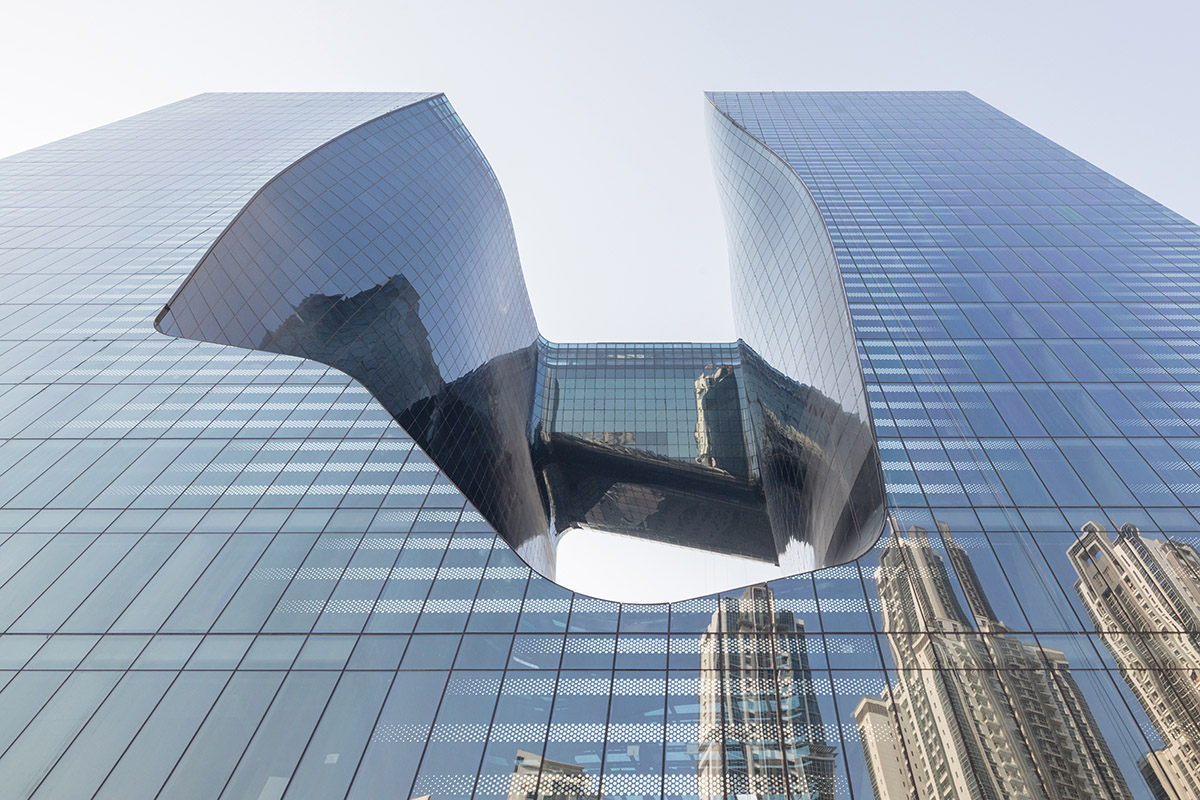 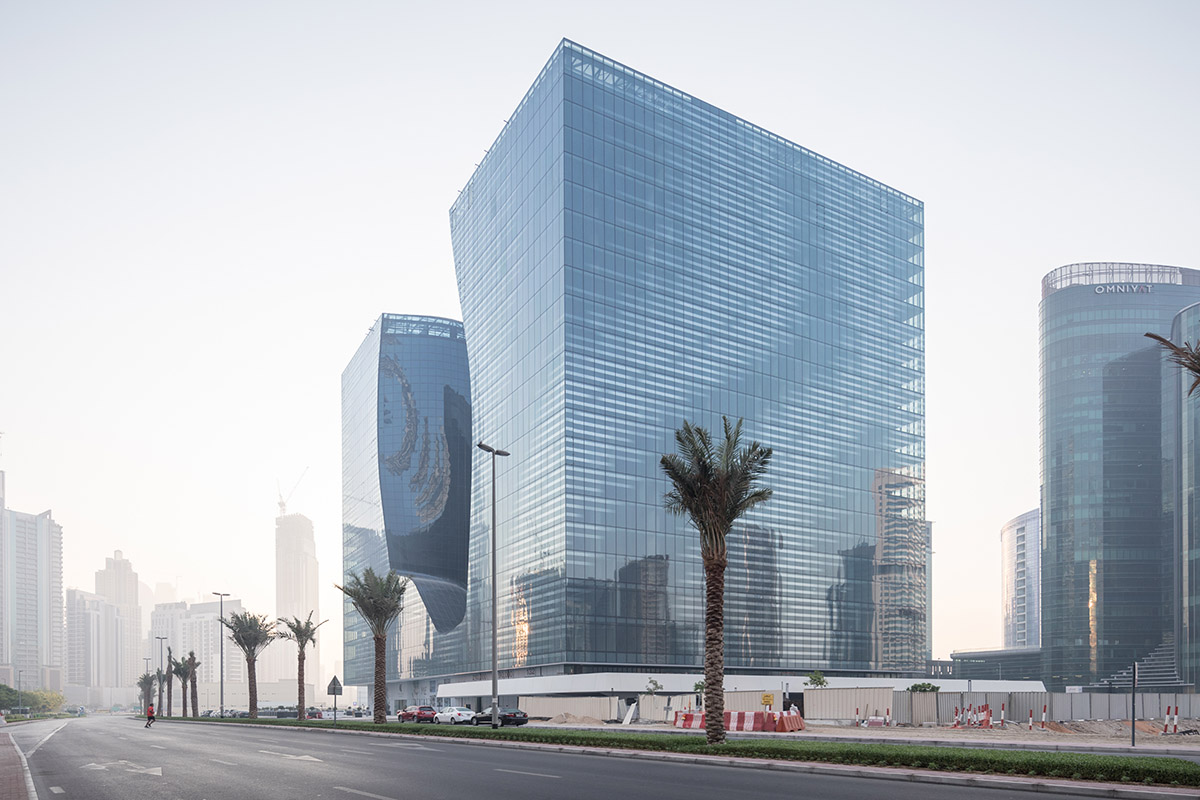 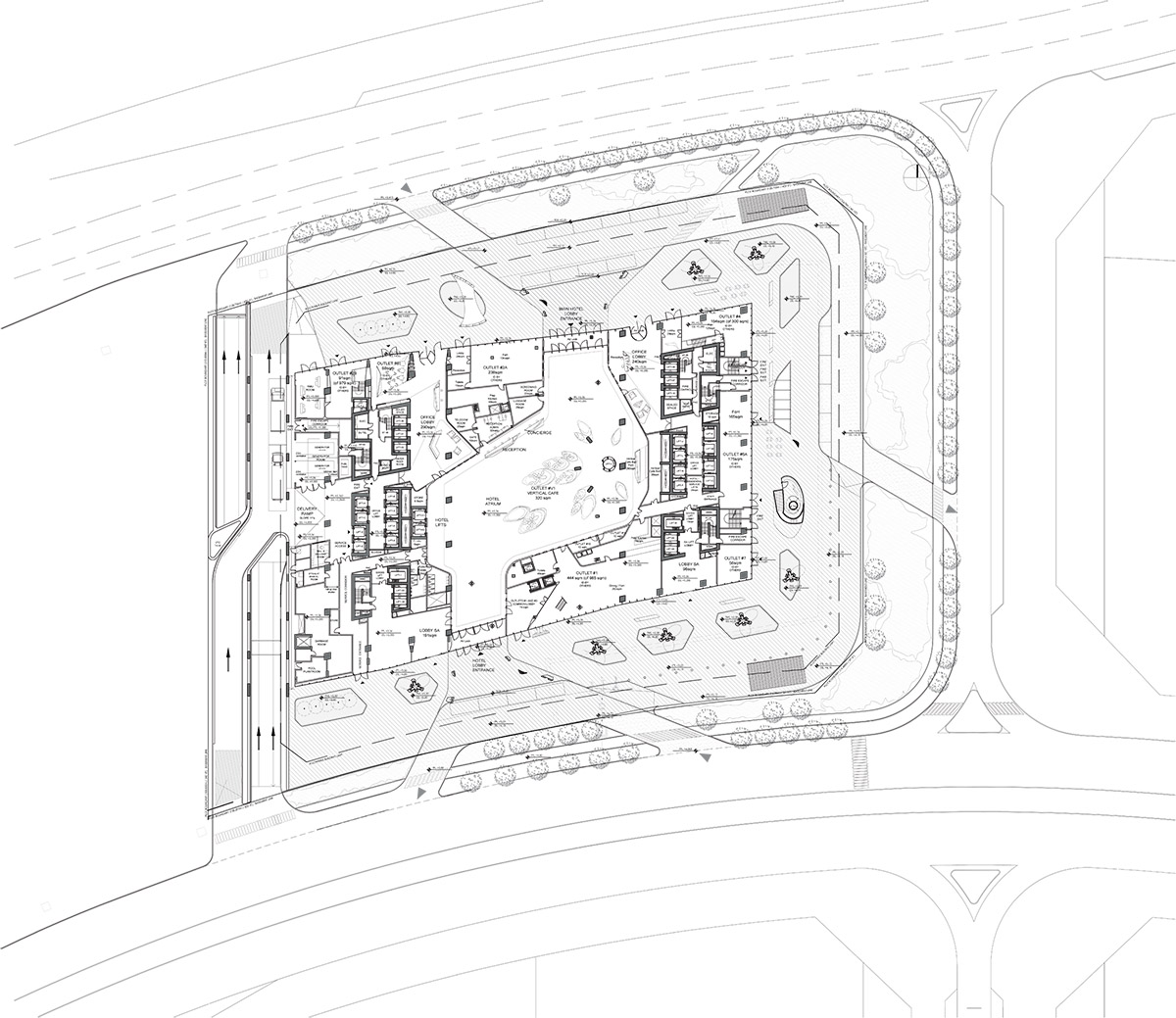 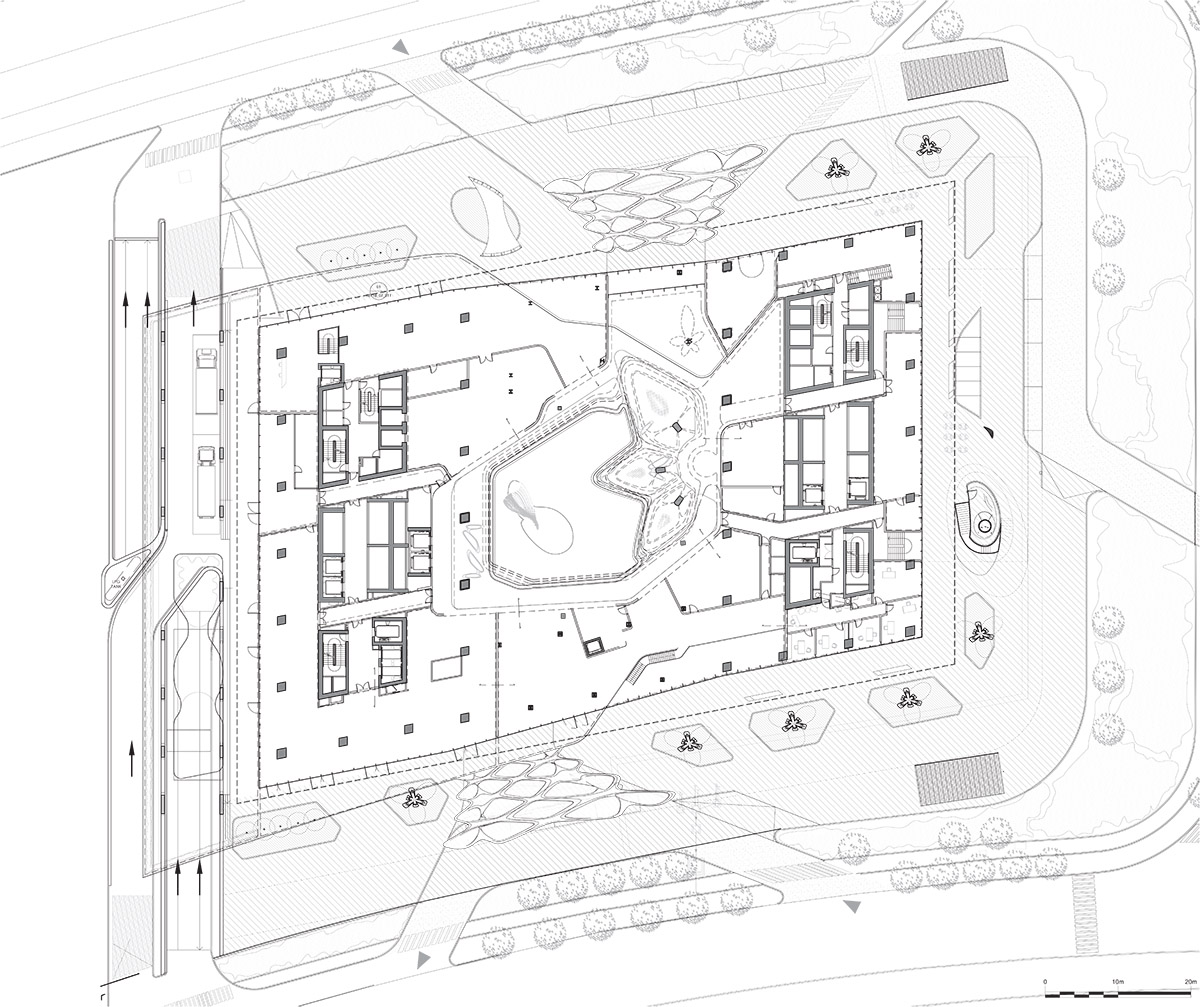 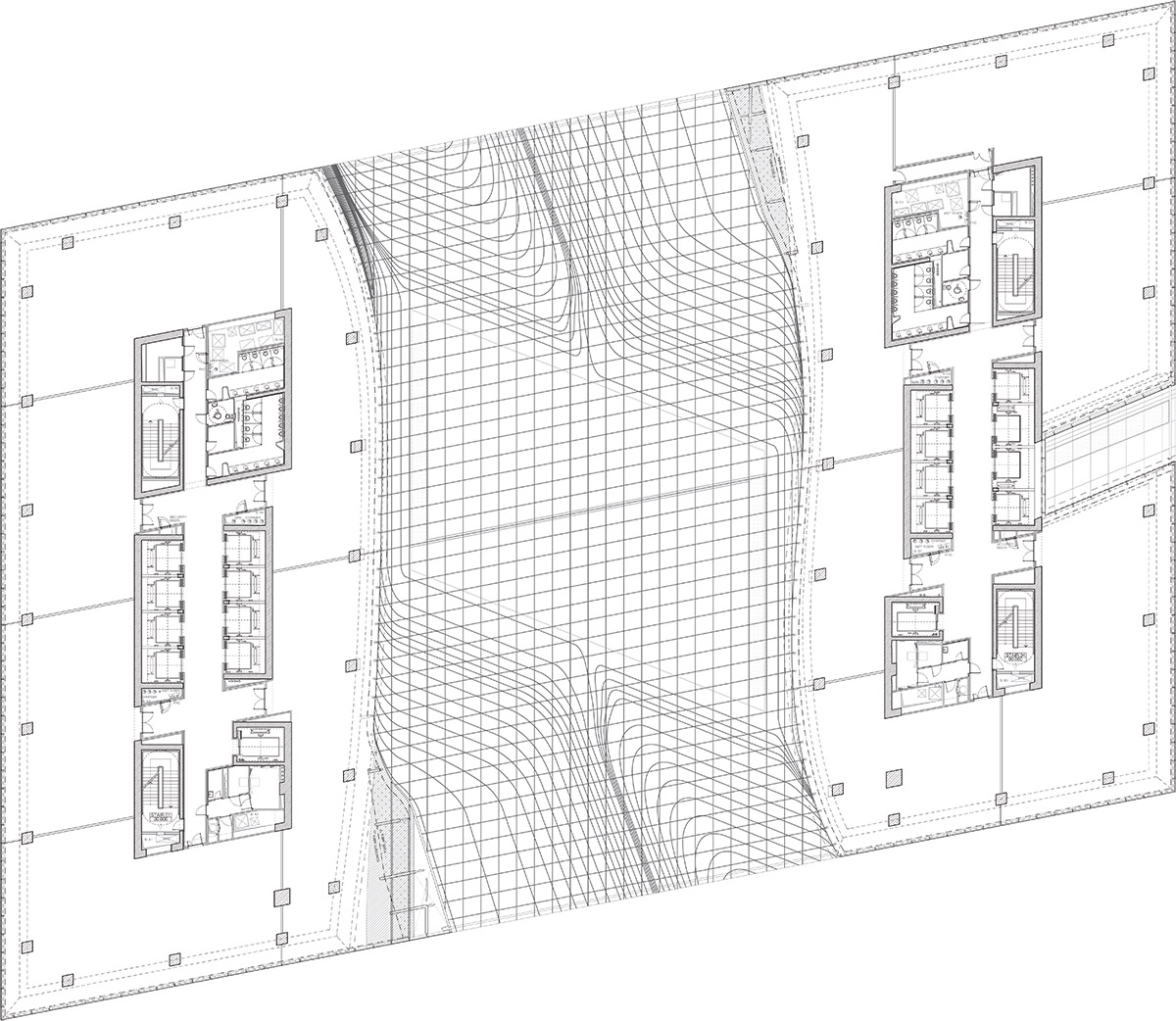