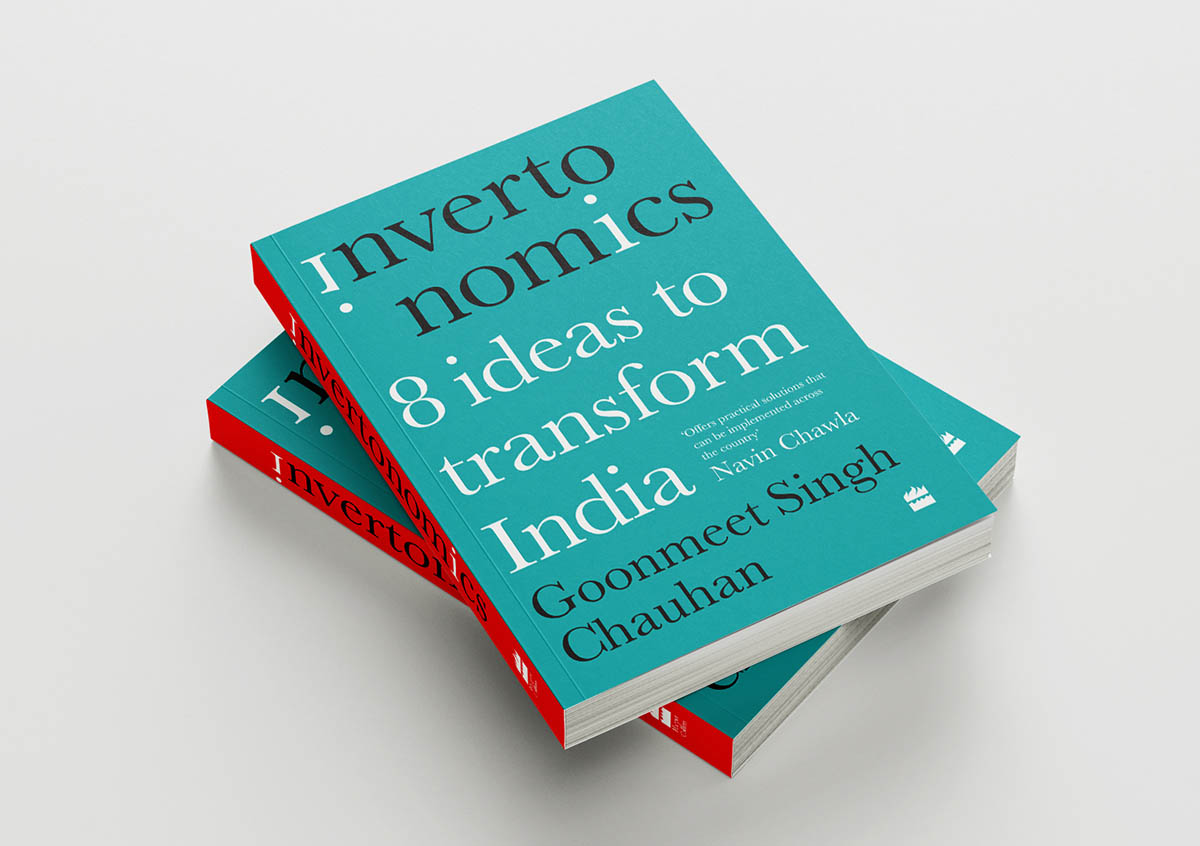 The post-colonization era laid a foundation of turmoil involving social, economic and physical development in India. There was an overwhelming desire to match footsteps with the western cities, while the need to borrow elements from the native milieu was fading. In the wake of this process, urbanization took root separating the country into 2 co-existing fabrics composed of urban cities and rural villages. A significant migration was observed from rural pockets to the expanding cities brewing with new work opportunities and infrastructure. This became a springboard for a complex set of problems from traffic congestion to pollution to unequal access to resources. The lack of education and the rural-urban disparity is at the core of all the problems.

Invertonomics is a book of ideas presenting pragmatic models for solving chronic problems of the country arising from the spectrum of Social Inequality, Pollution, Gender disparity, and Decadent Rural Economy. The book dissects 8 specific problems amongst the most pressing issues of our country, using a methodology coined by the author as 'Invertonomics' – a model that Inverts problems into economic opportunities. Through this framework, it analyses the causes to the problem, government policies formulated to resolve them, highlights the gaps within existing systems and then systematically resolves the problem by redefining it.

India – the world’s largest democracy, celebrated 73 years of independence on 15th August 2020. While it has demonstrated its progressive aptitude and carved out a global niche through the course of 73 years; there is still a long way to go before it reaches its true potential.

By sharing a vision for ‘New India’, Invertonomics provides a promising way forward to achieve the goal. It aims to initiate a colloquy on solutions and unify the citizens of India to work in unison with the Governance for building a prosperous future for the country.

The book is the brainchild of renowned Indian Architect and Urbanist Goonmeet Singh Chauhan who has been actively contributing in the sphere of Design and Architecture for over 25 years. An alumnus of IIT-Kharagpur, he co-founded an Architectural practice - Design Forum International based in New Delhi. With a focus on creating design with a purpose, he is passionate about transforming the lives of people. To bolster this idea, he founded Invertonomics Foundation for India that aims to unite like-minded people who are working towards a vision for transforming India. This foundation aims to nudge the citizens towards solutions making. The book published by Harper Collins-India brings a refreshing narration through subtle humour and interesting infographics while it discusses serious problems, thus making it an enjoyable read for all.