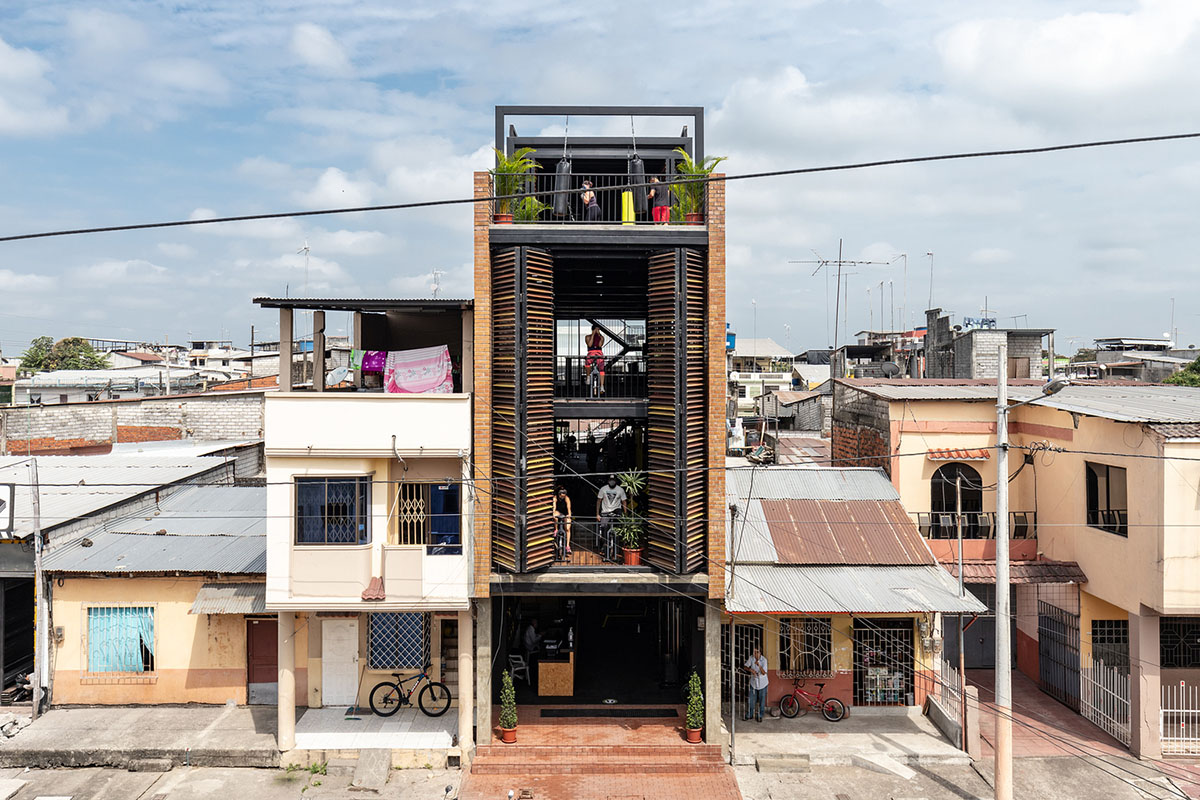 Named Bardales Urban Training Center, the 650-square-metre building, which has a narrow body, functions as a public facilities for gym, dance, cardio, and boxing activities with the integration of terrace on the top floor.

The architects used a 8-metre-long wooden shutter to enhance the public face of the building. 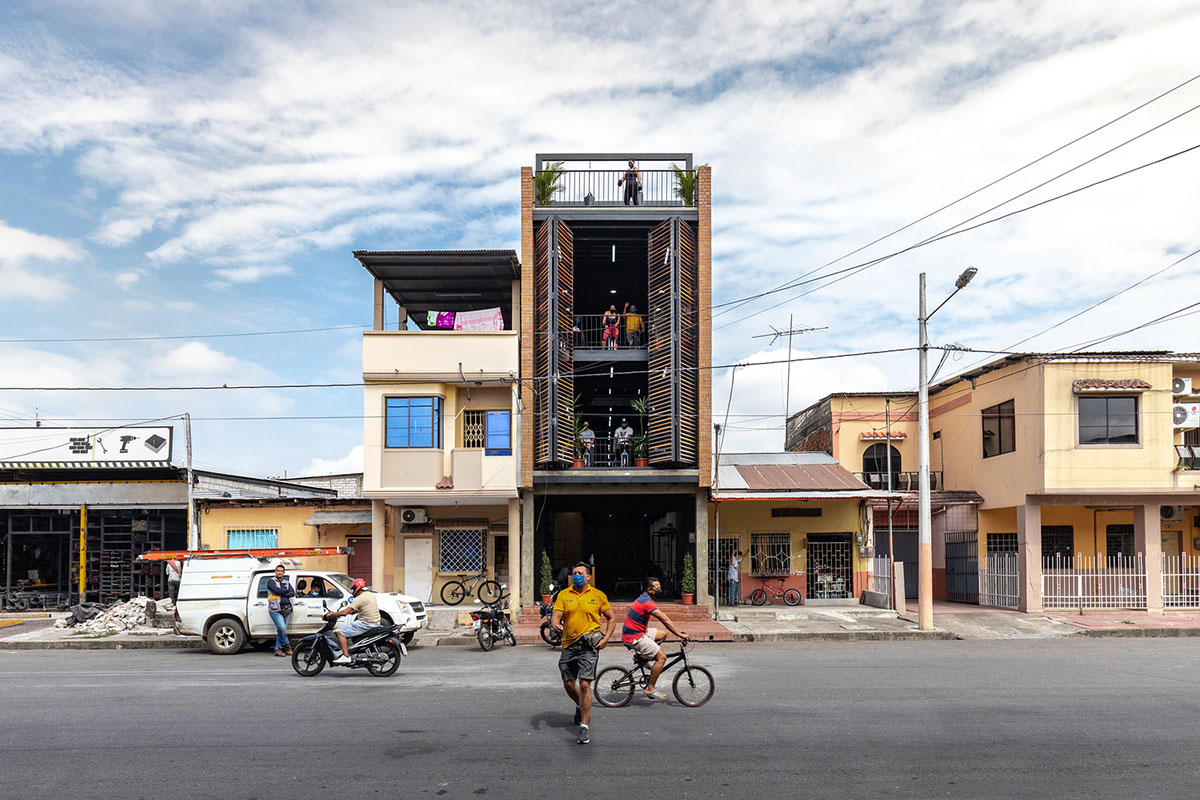 Located in the city of Babahoyo - Los Ríos, Ecuador, a coastal region of Ecuador with approximately 175 thousand inhabitants, the site has a lack of efficient equipment that meets integrative needs within the urban area, that is, the new Bardales Urban Training Center provides spatial possibilities, allowing the strengthening of a community. 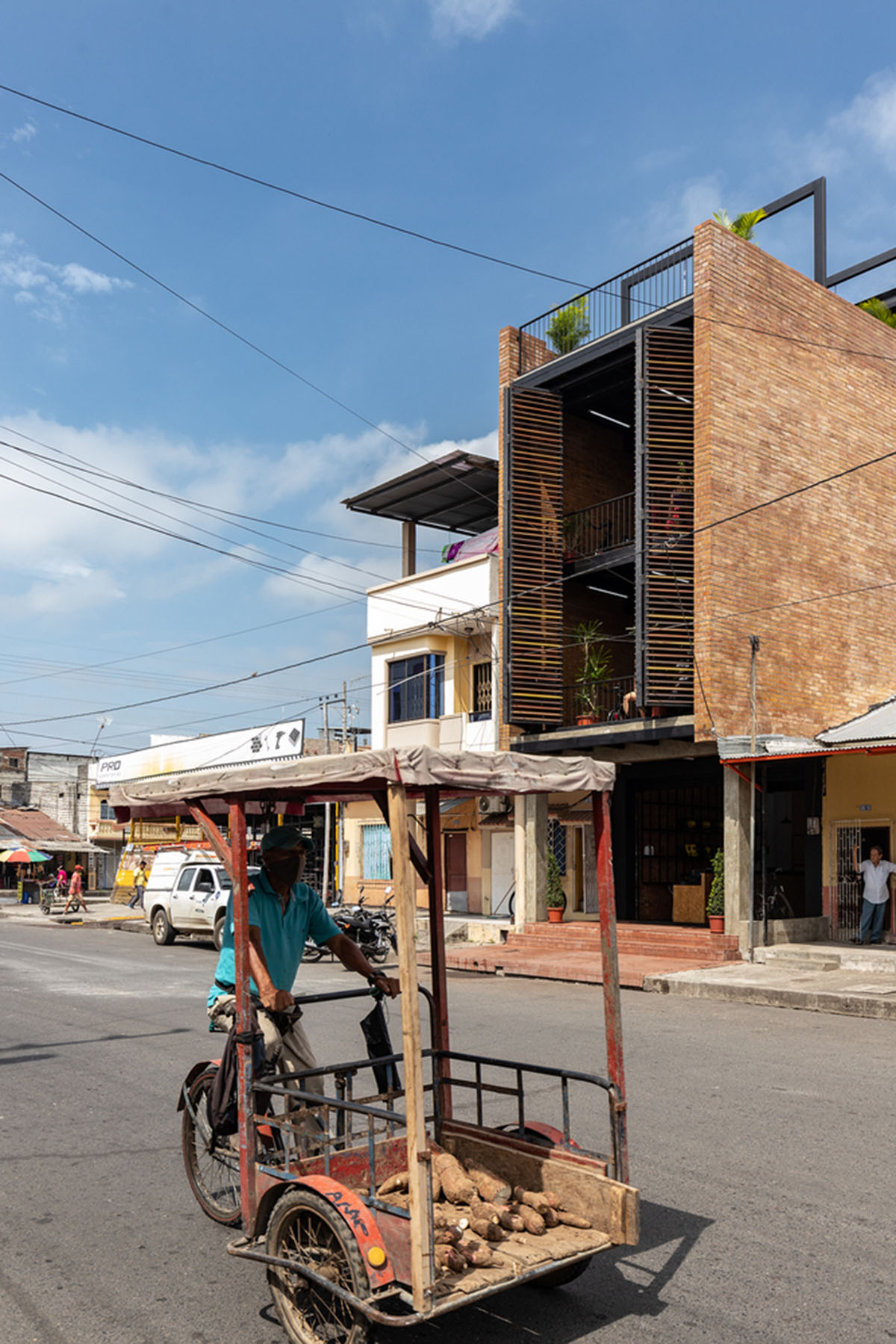 "In Latin America, the fundamental role of facilities as the link between citizens and the city has been dispensed. Preventing citizens from exercising their right to it," said Natura Futura Arquitectura.

"These spaces represent the principles of collective life and are a tool to produce positive impacts on social groups." The building is owned by a young entrepreneurial couple, María and Carlos from Babahoyo, who own a small gym, decided to take a next step after several years of activity.

The couple proposed to use part of the existing infrastructure of their current one-story home in the urban center of the city, partially exchanging their residential space to make it productive, living alongside it. The couple carried out two strategies to save costs in design phase and construction; In the first place, partitions, beams and columns initially designed for a 4-story building, were reused, transforming it into a physical training center.

Secondly, a barter was established, where the design and construction management of the project were exchanged for free access to the gym for a defined time to the architecture team. 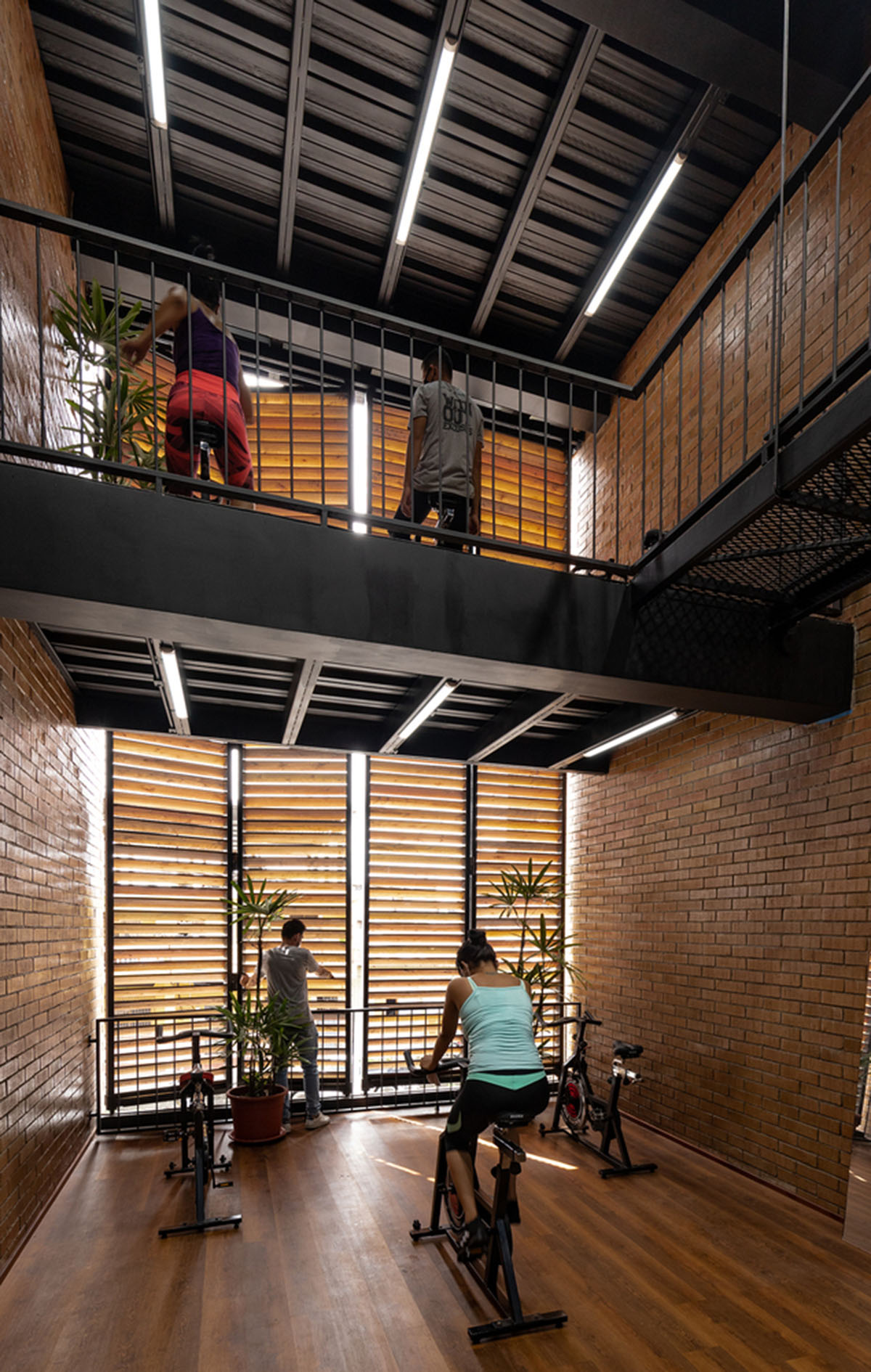 "In this way, the idea that the city is developed from decisions, agreements, exchanges and ventures of each inhabitant is vindicated," added Natura Futura Arquitectura.

The architects proposed the spaces for social interaction and open them to the street, with the intention of making it a livable place and generator of memory, where the objective of exercising is as important as meeting your neighbors. Based on limited resources and low budget, where both, technical and material solutions were designed as it became available; it can be said that "the limitation was an important source of creativity, to design with what is necessary," according to the architects. 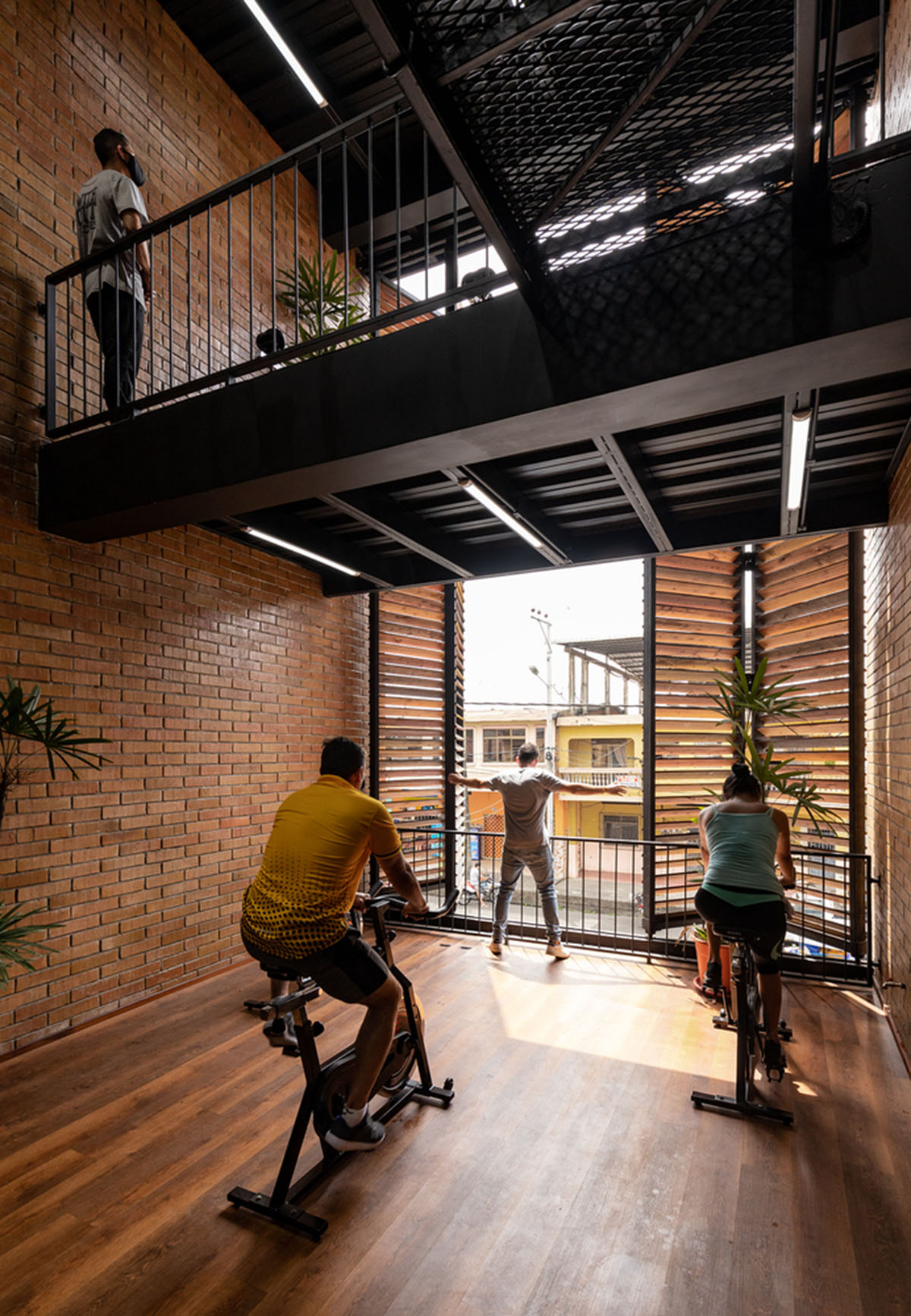 In this way, local labor, materials from the region, and a system of hybrid structures - between wood, concrete, and metal - were included, allowing the studio to adjust to the needs and possibilities.

The project is configured and delimited by sidewalls of concrete blocks and exposed brick. In the interior, the program is distributed in weight, dance, cardio, and boxing activities, added to an integration terrace on the top floor of the building. 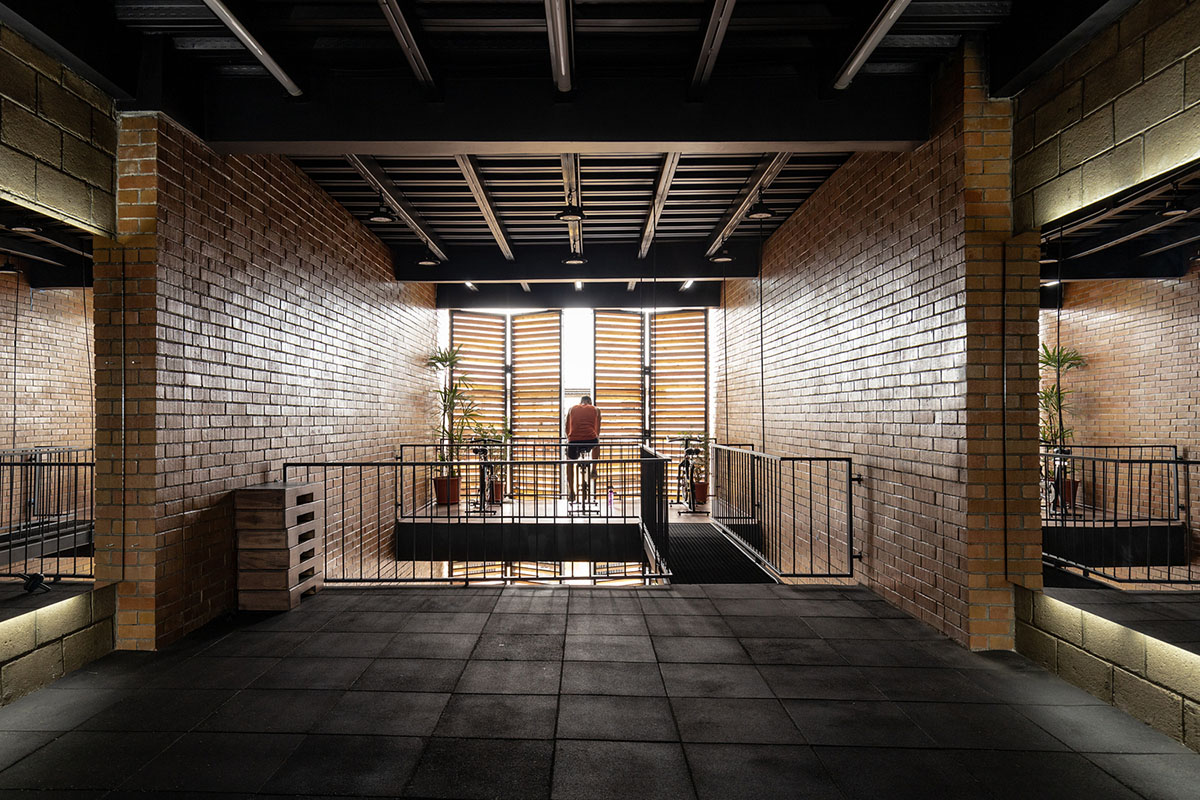 "This idea of heterogeneous activities drives the decision to avoid dividing walls - except for the bathrooms - creating a connection between activities, horizontally and vertically," continued the studio. 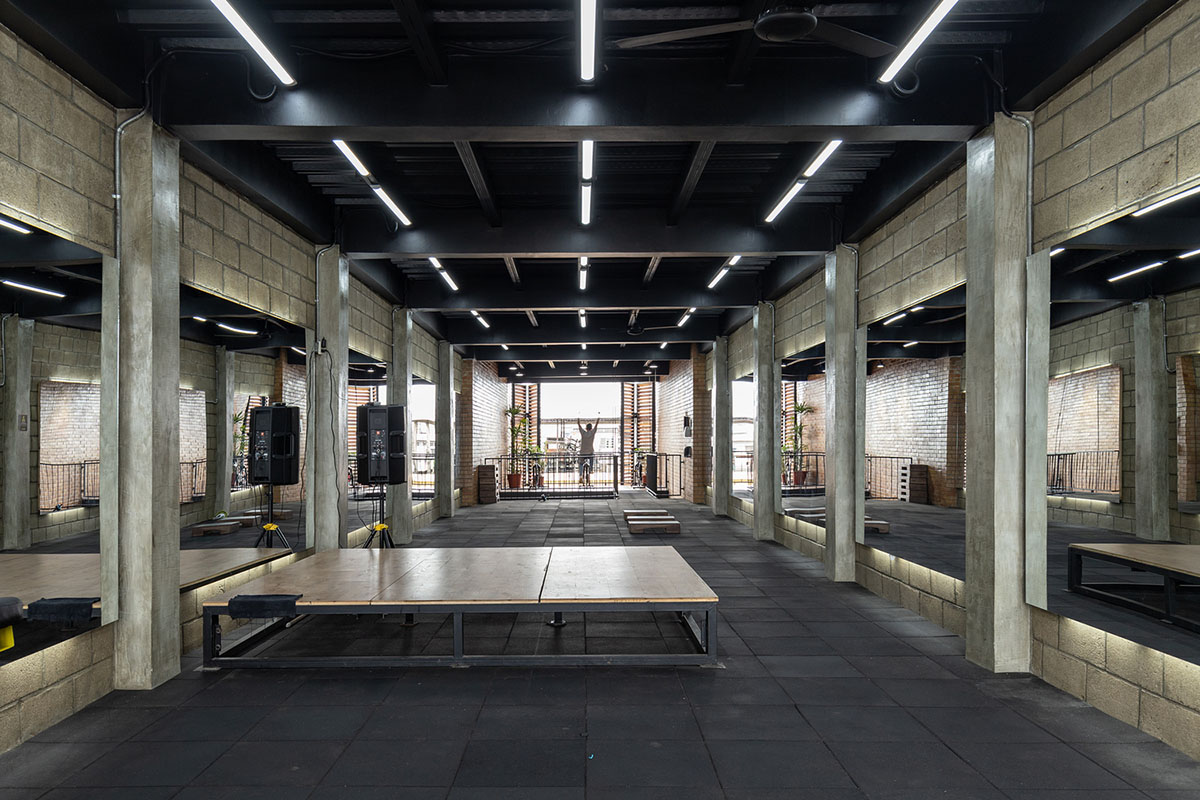 The front end avoids the use of glass since it is solved with an 8m high mobile wooden lattice system, allowing control of ventilation, solar incidence, and rain. "In this way, not only is thermal control and safety guaranteed, but users are encouraged to have more direct contact with the neighborhood." 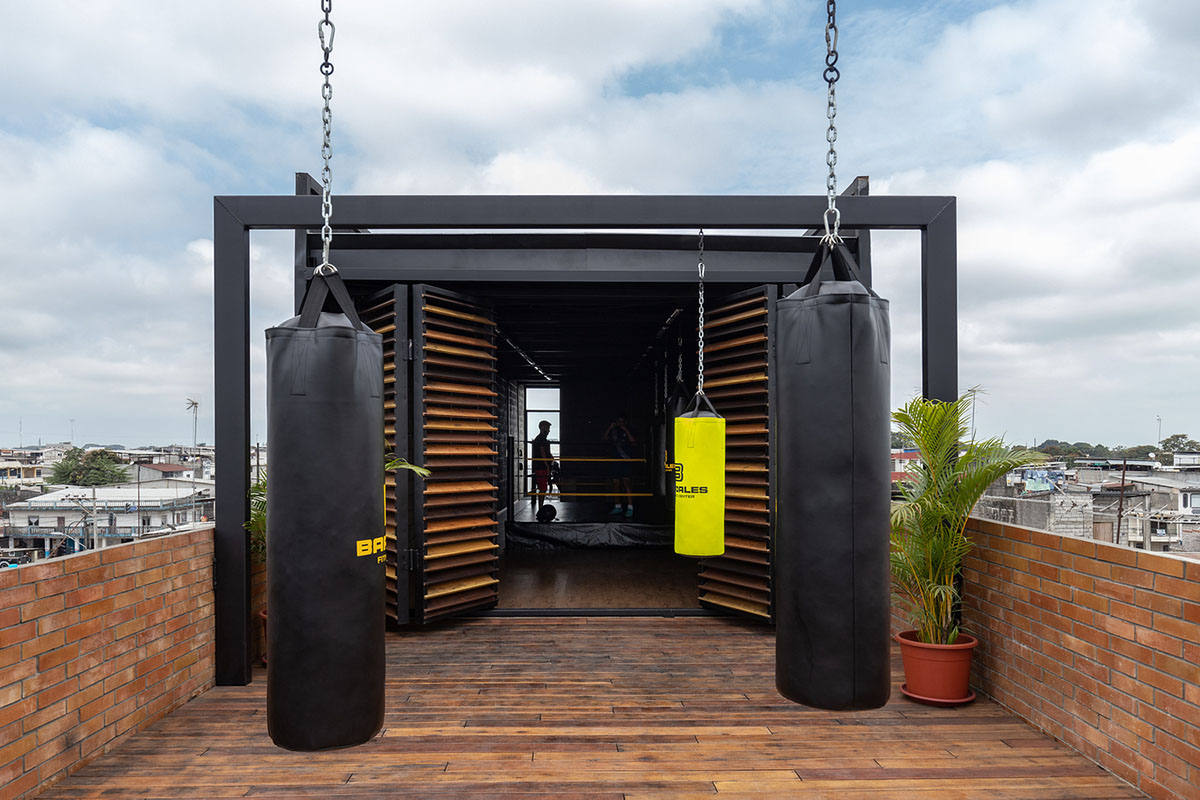 Bardales reflects on the way in which urban facilities are developed in cities and the usual conditions in which people exercise; It is an idea that energizes and integrates a group eager to connect with their city and its possibilities of generating community. 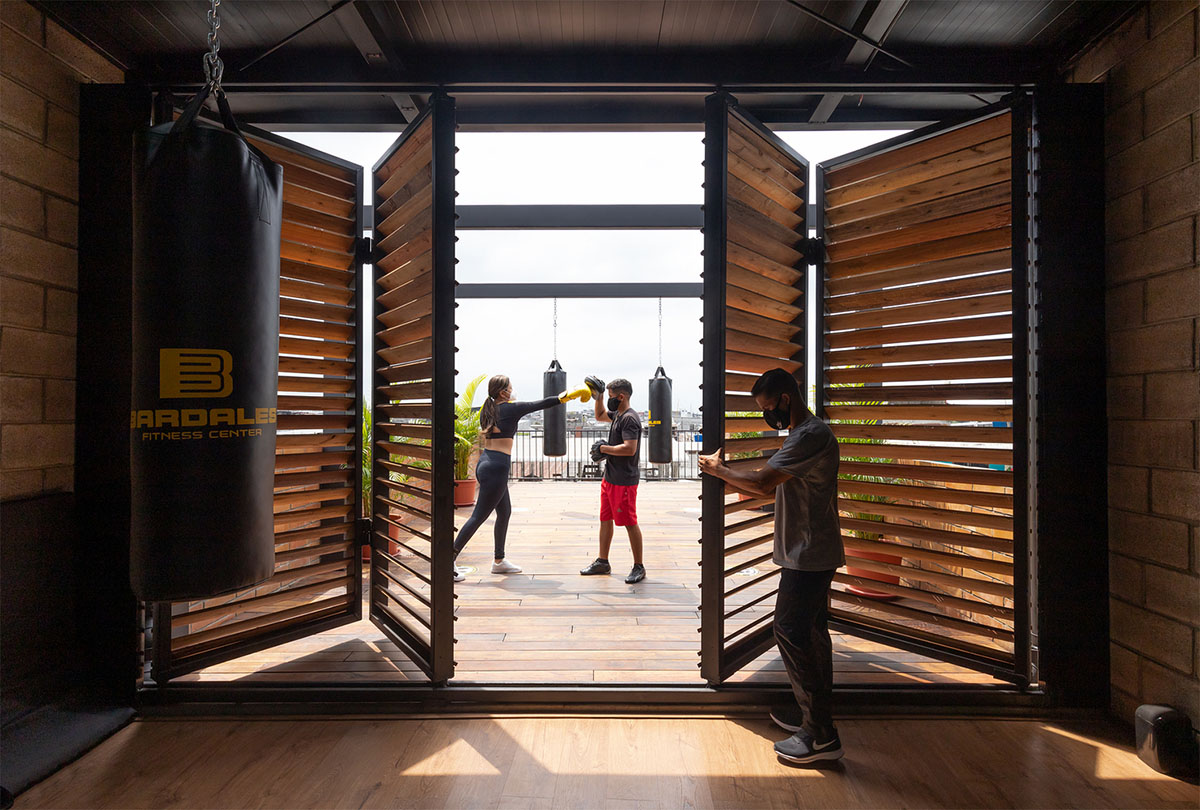 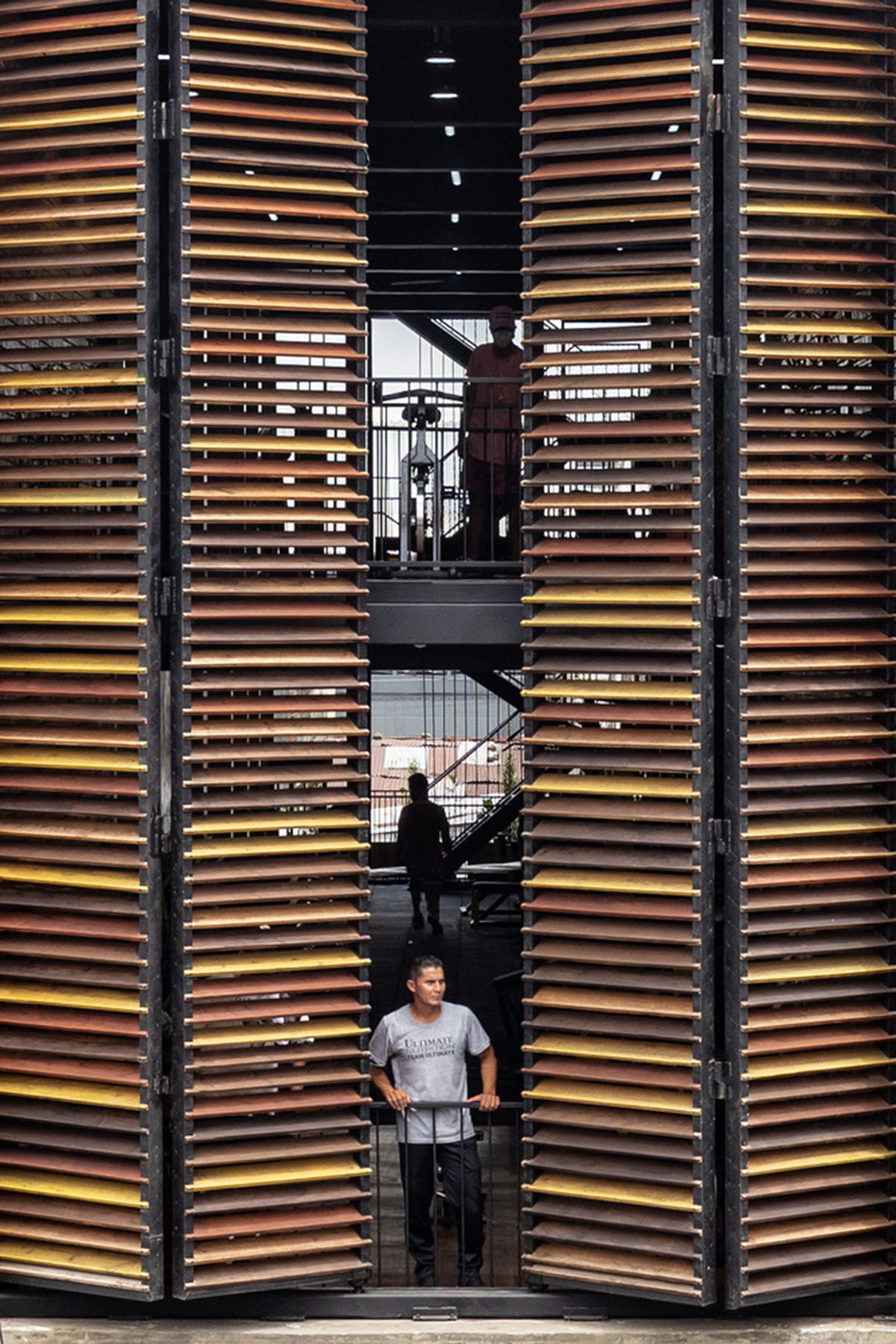 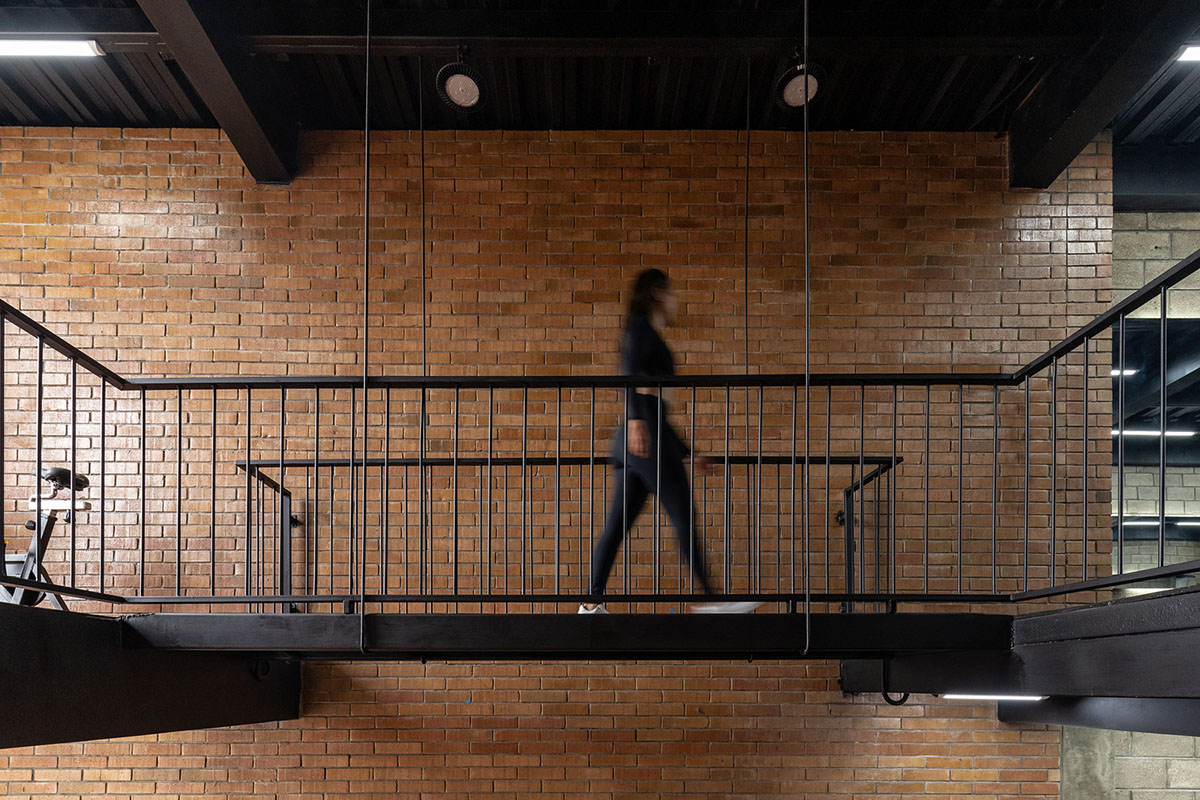 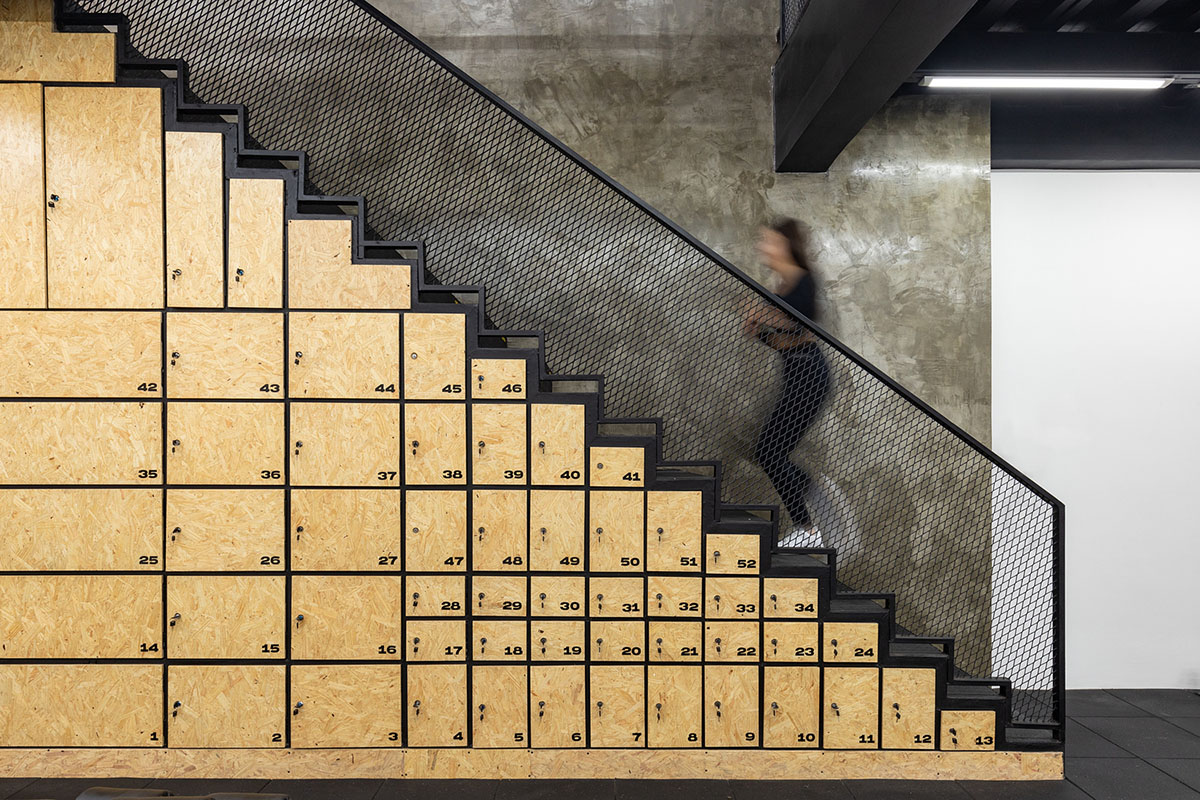 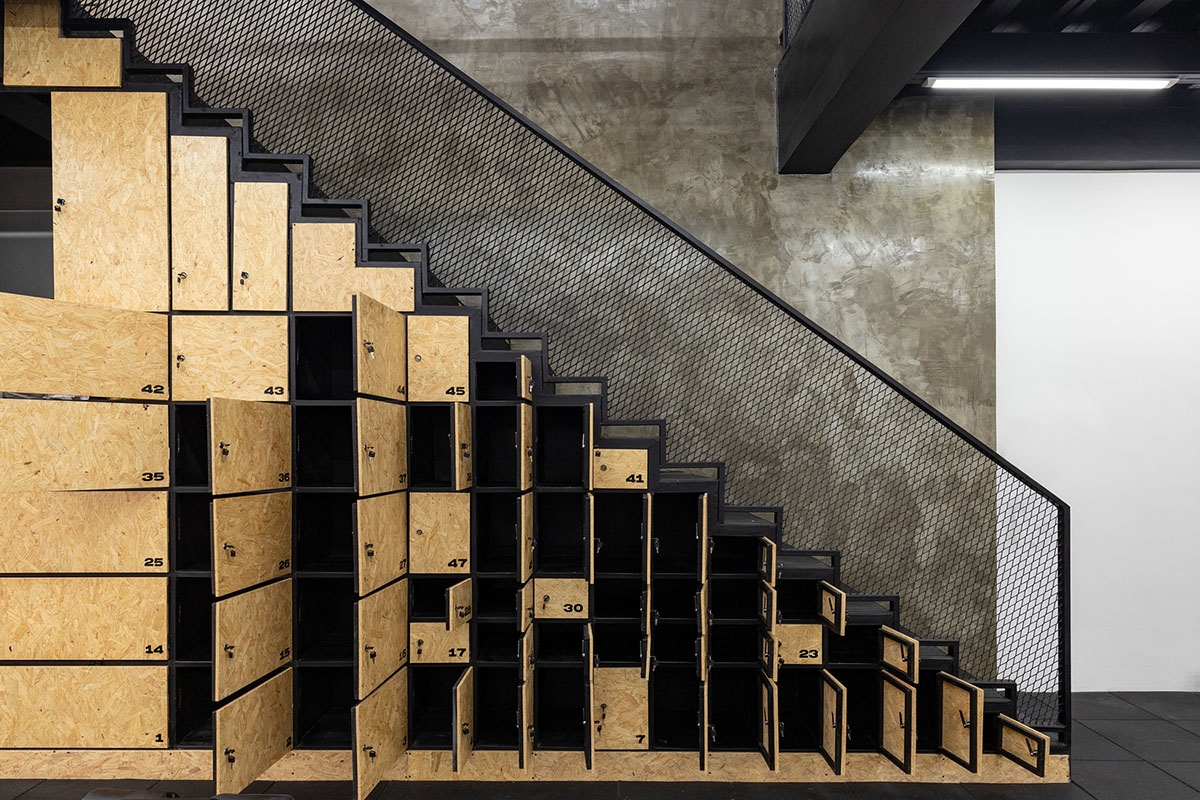 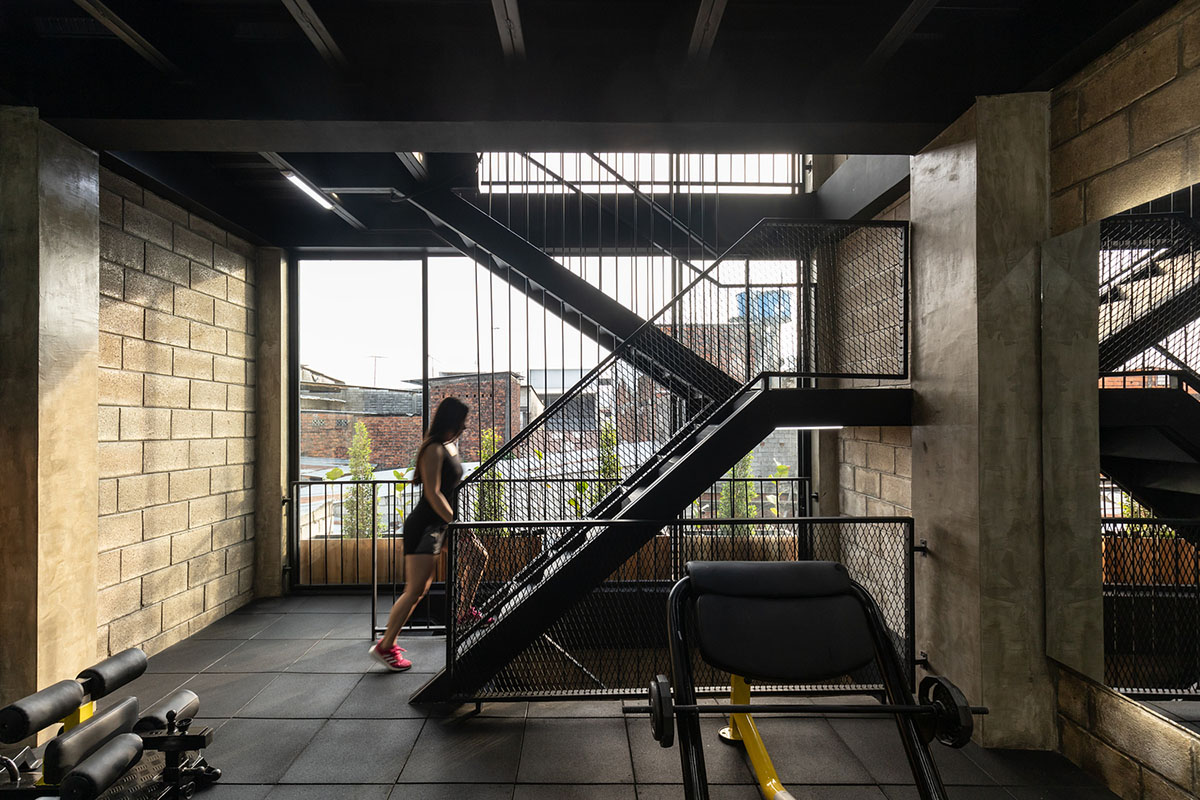 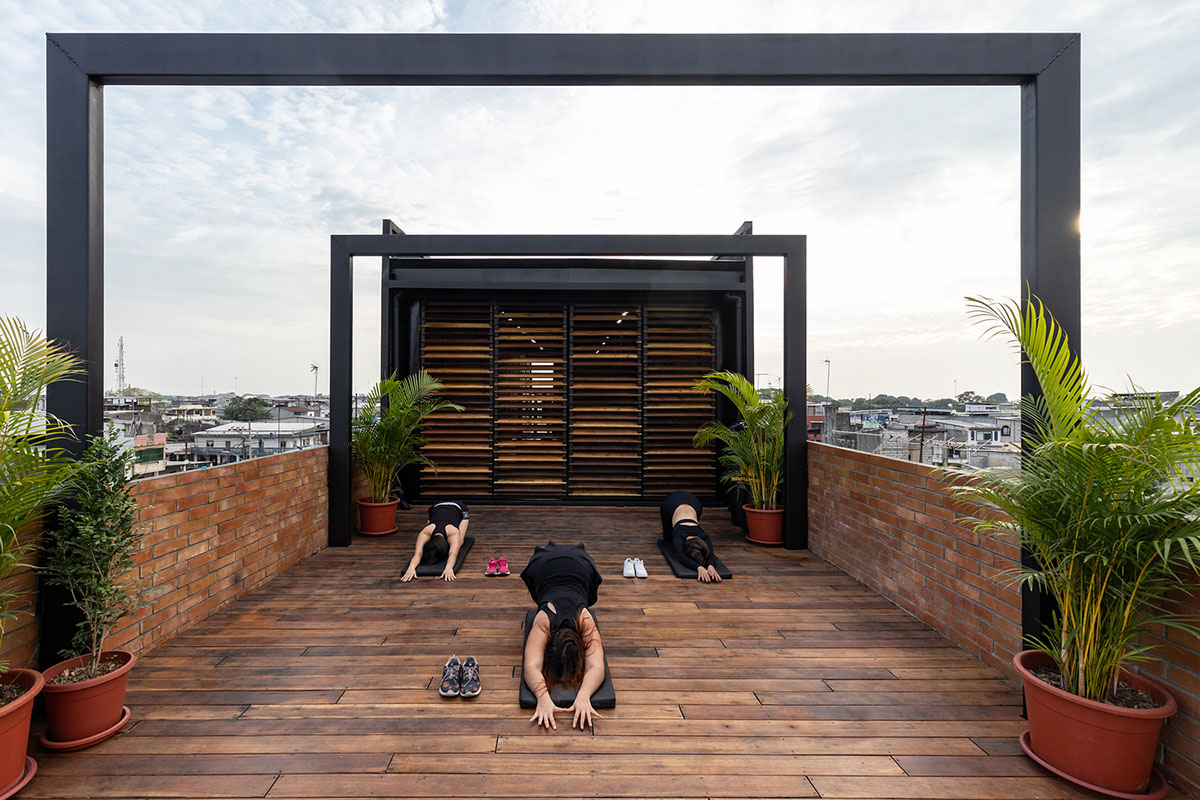 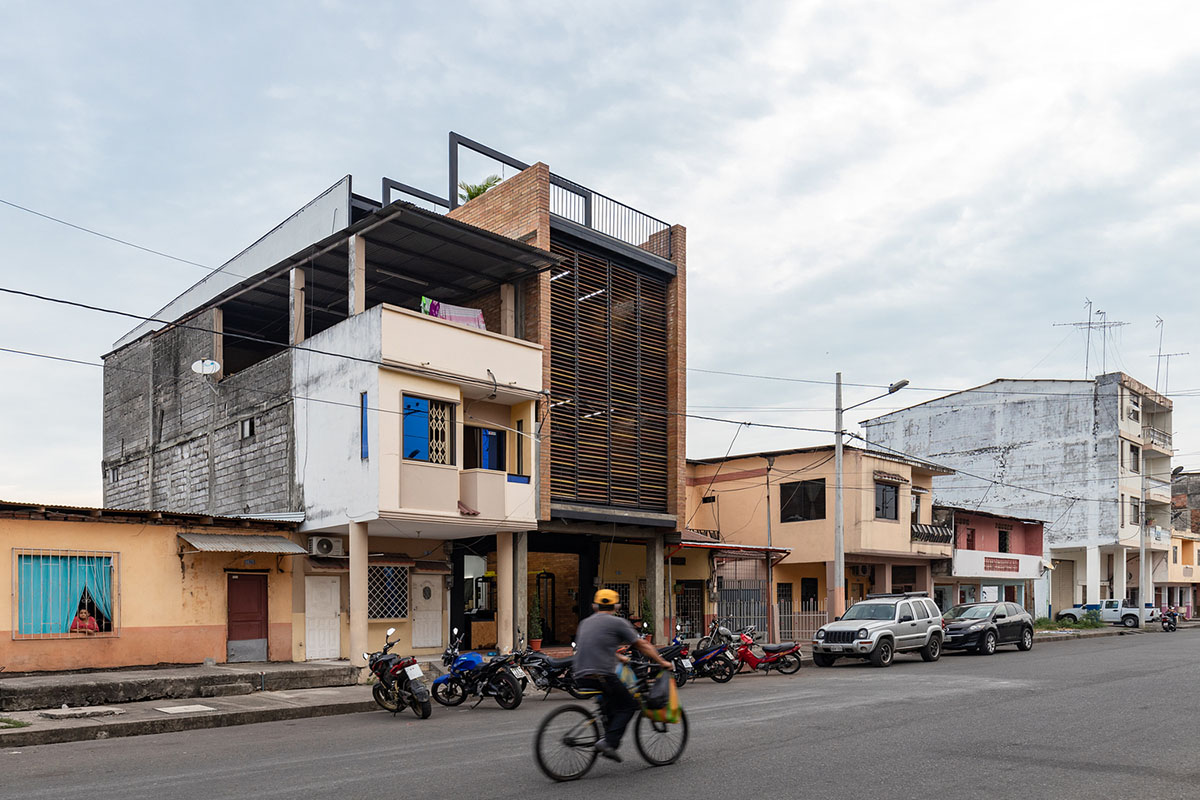 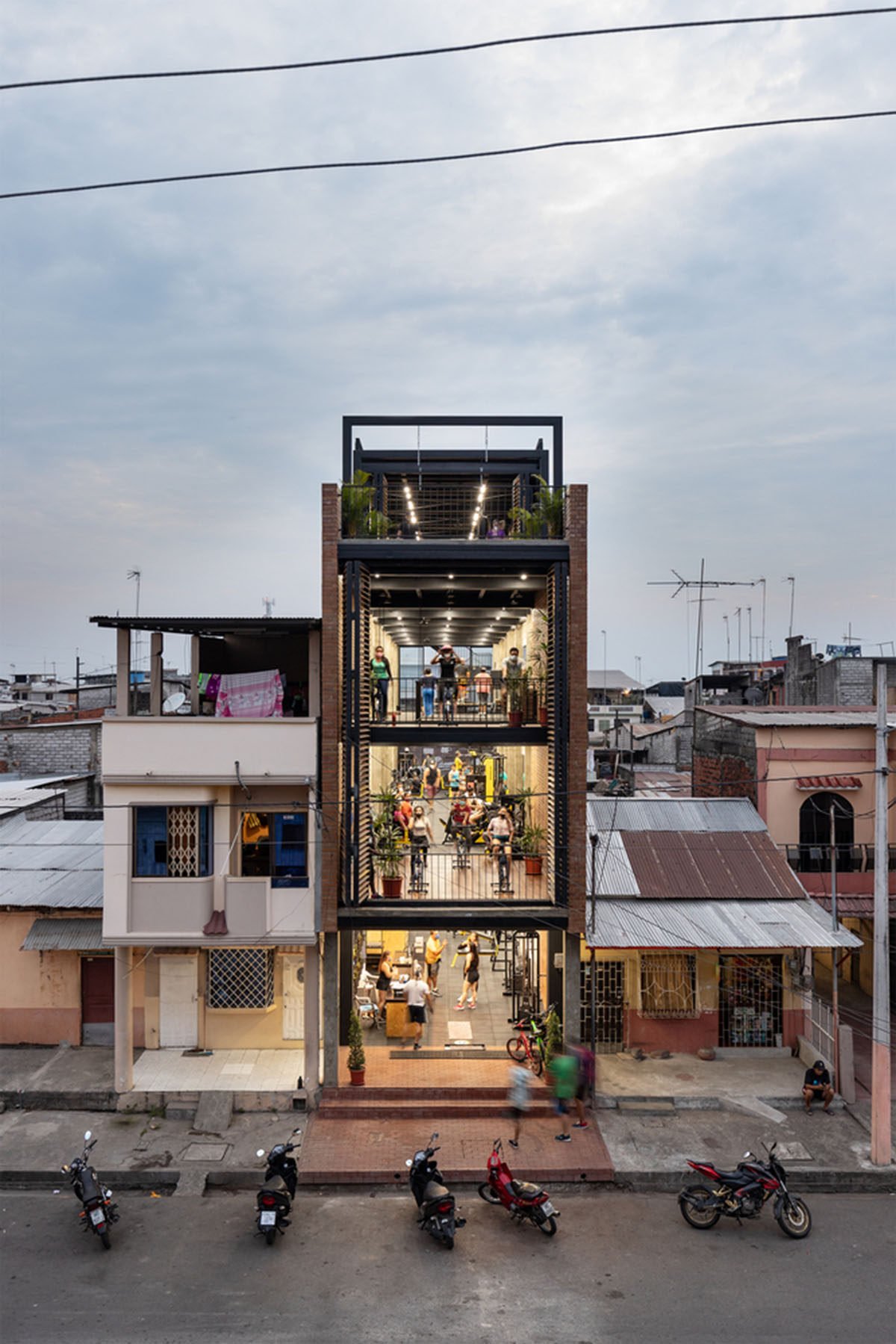 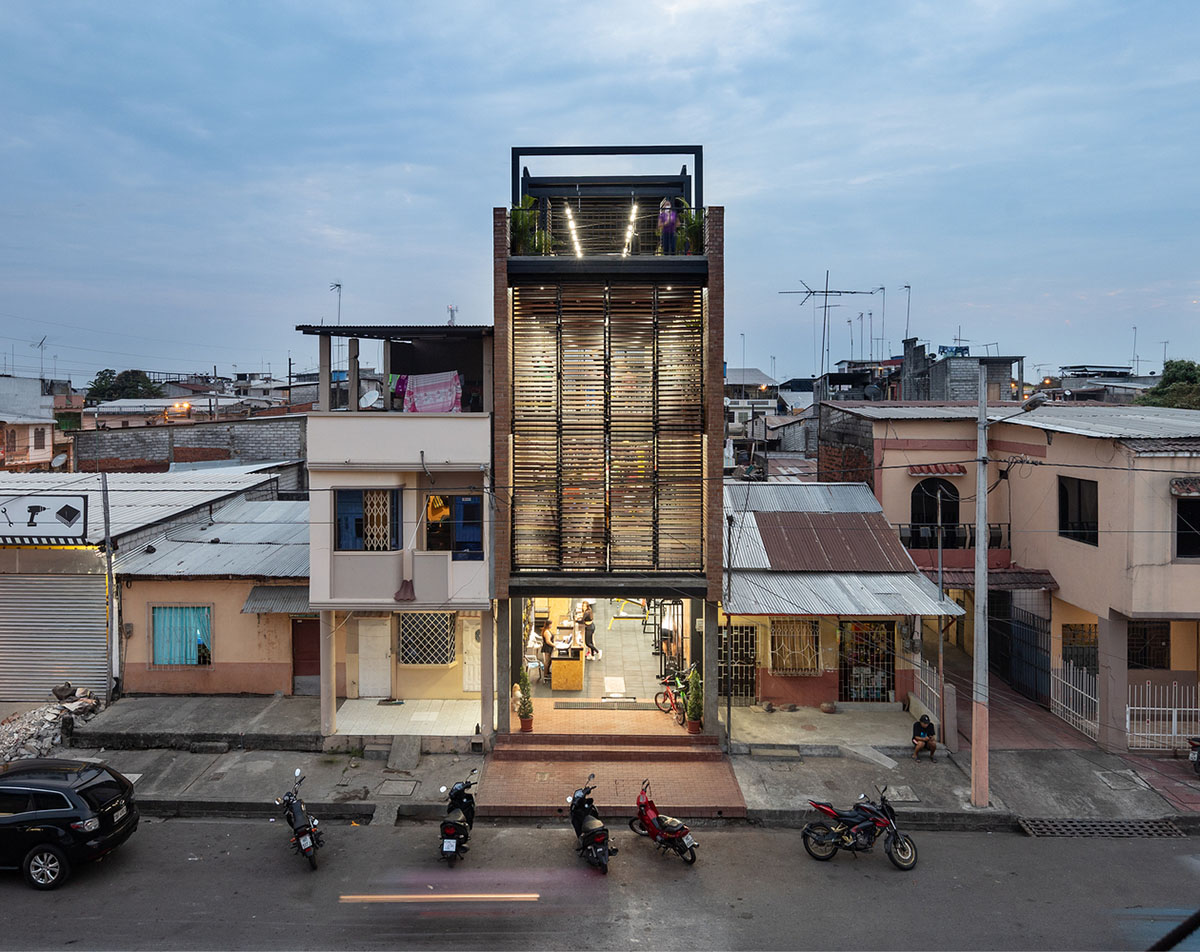 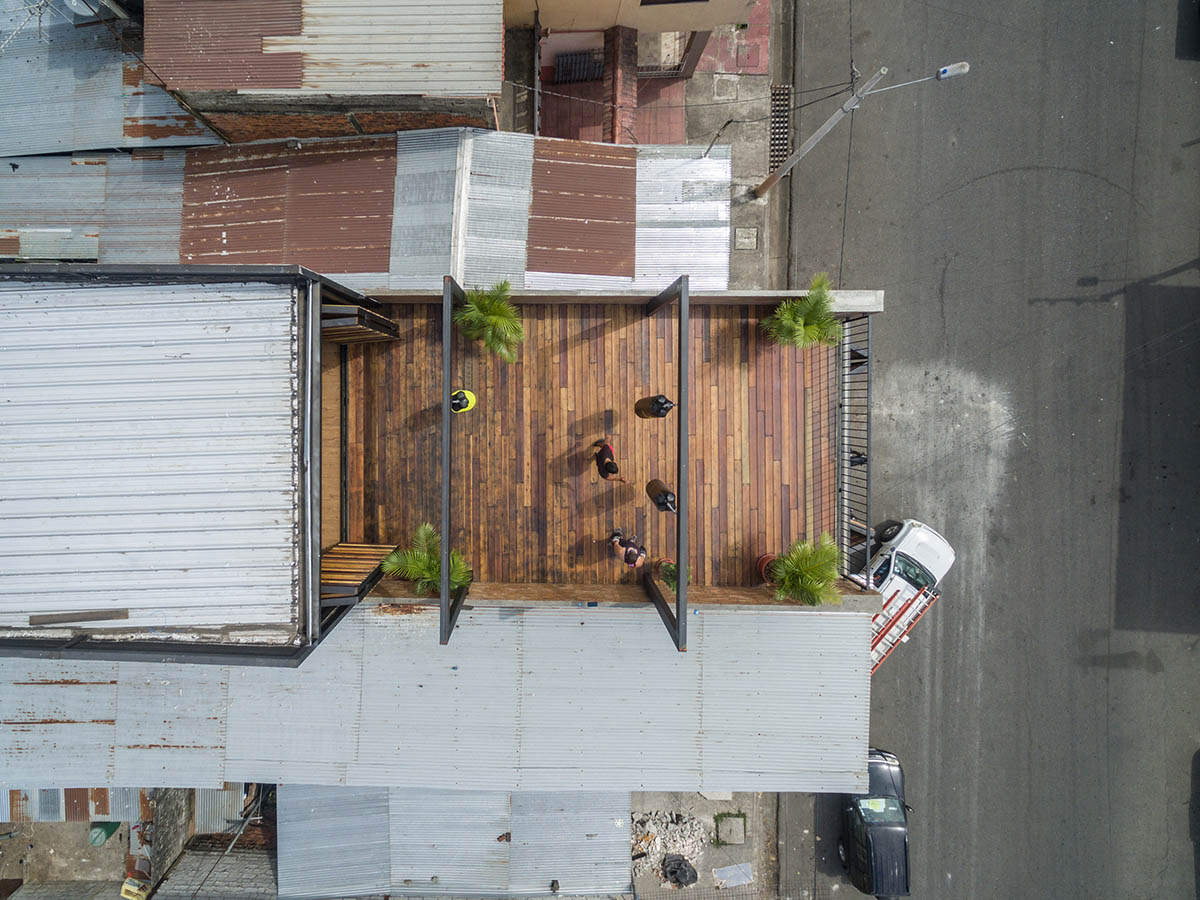 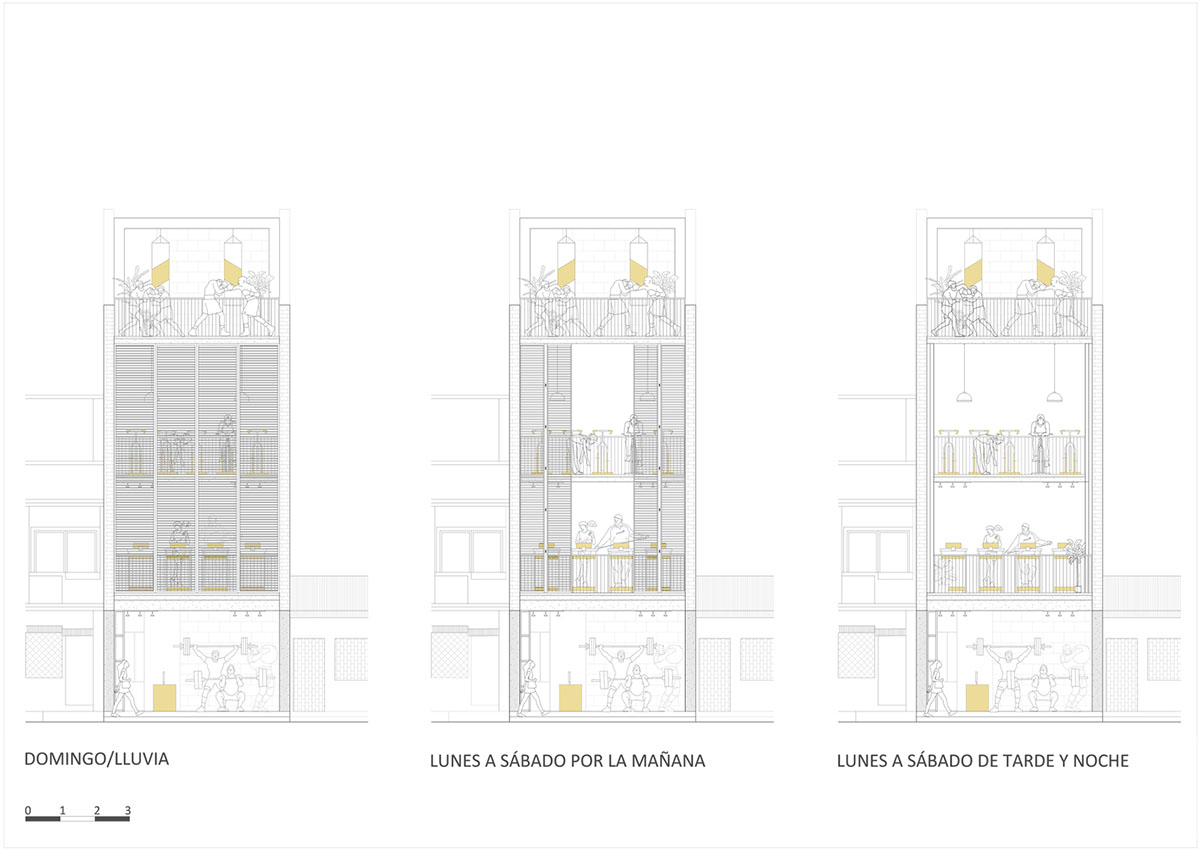 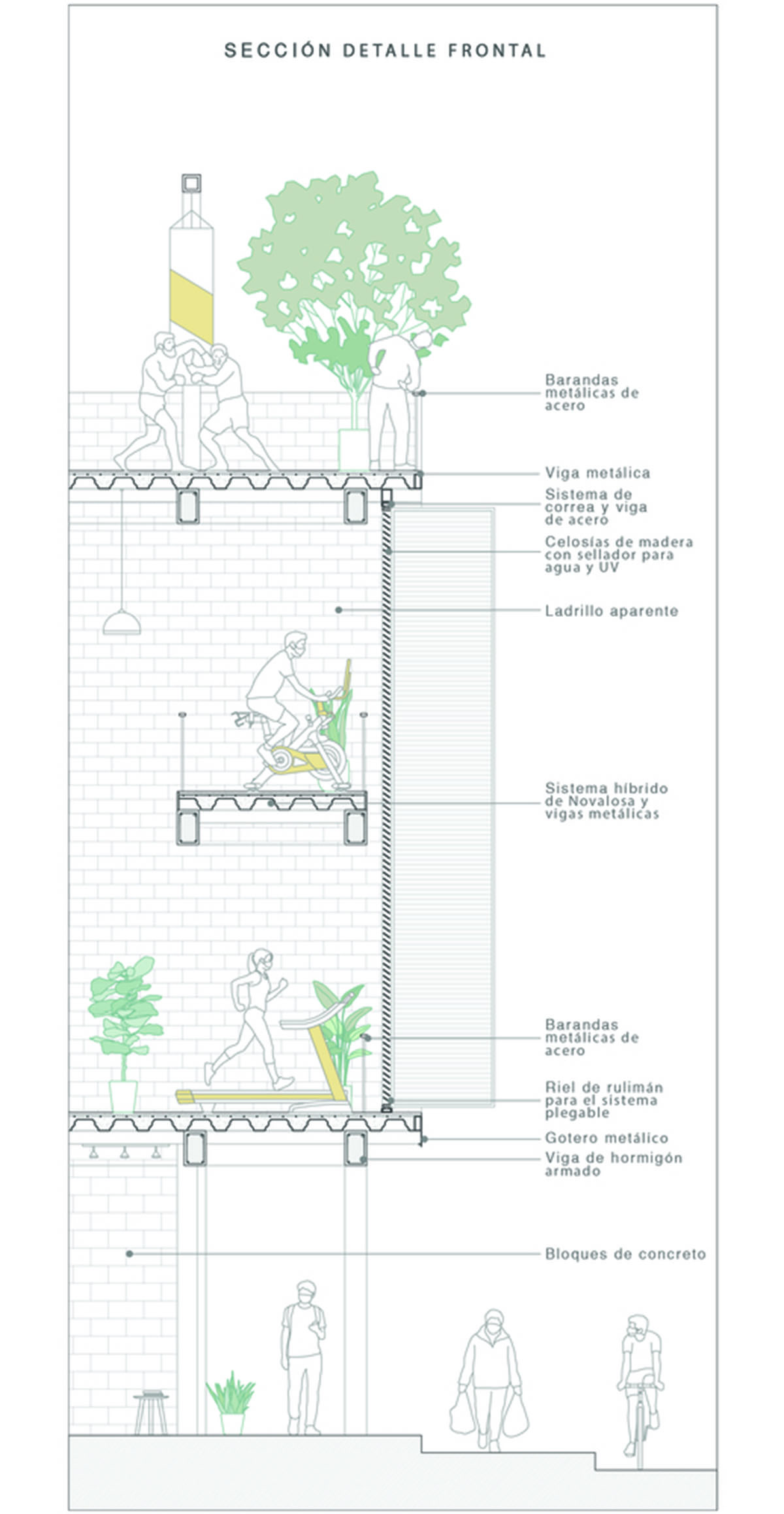 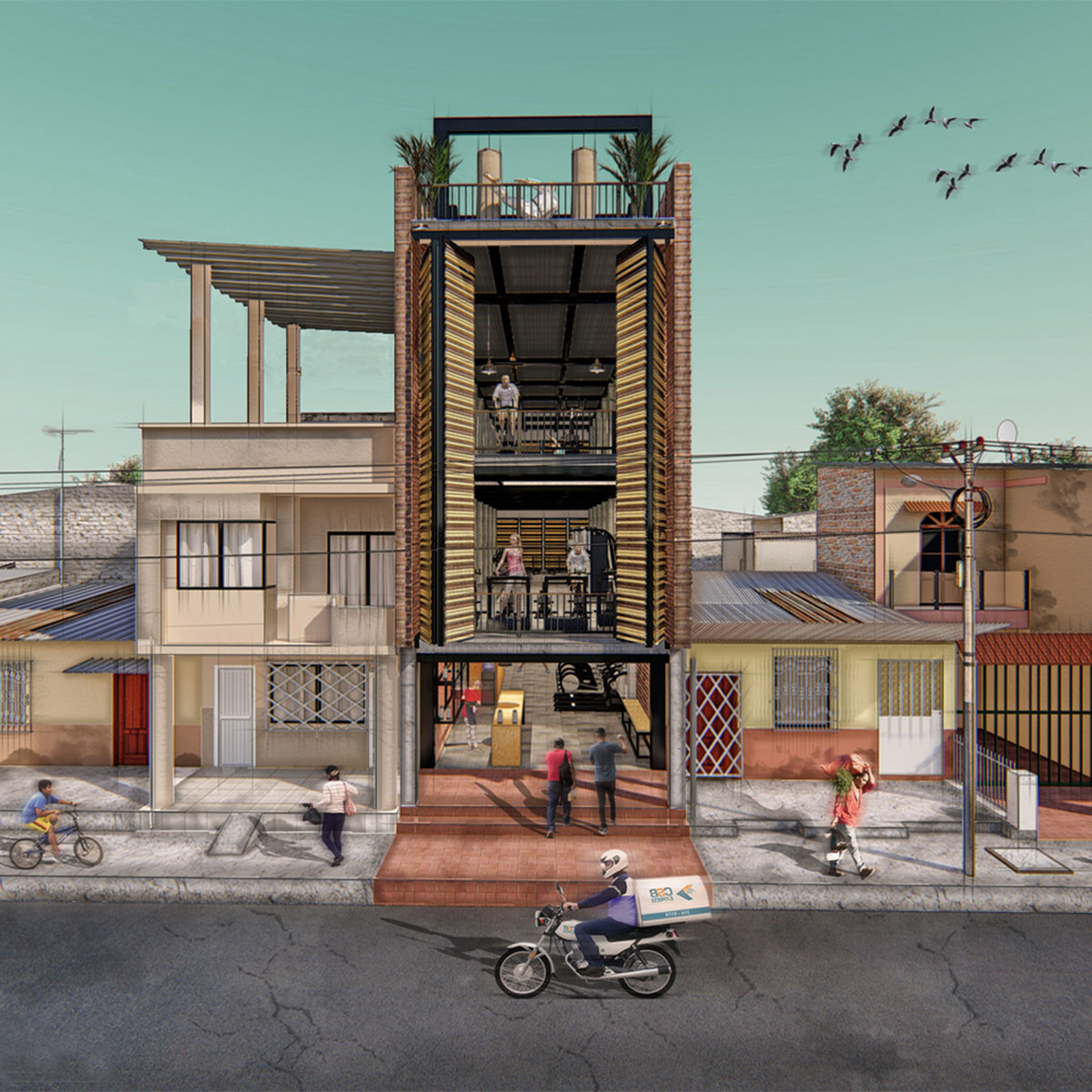