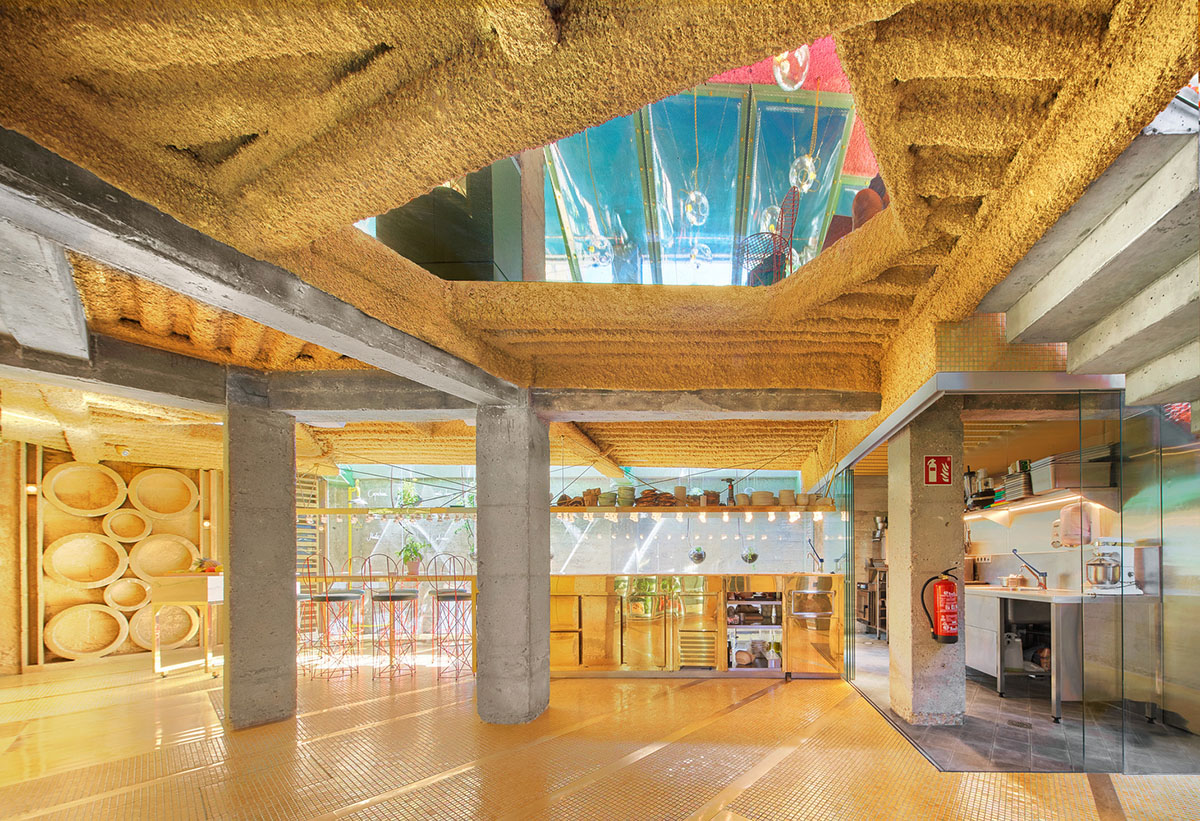 Called Run Run Run, the intervention was completed in Madrid in 2019. The interior is conceived as a hybridization of multiple facilities, including showers with lockers, a kitchen, a vegetable garden, a dining room, play areas in a ecosystem-like interior. 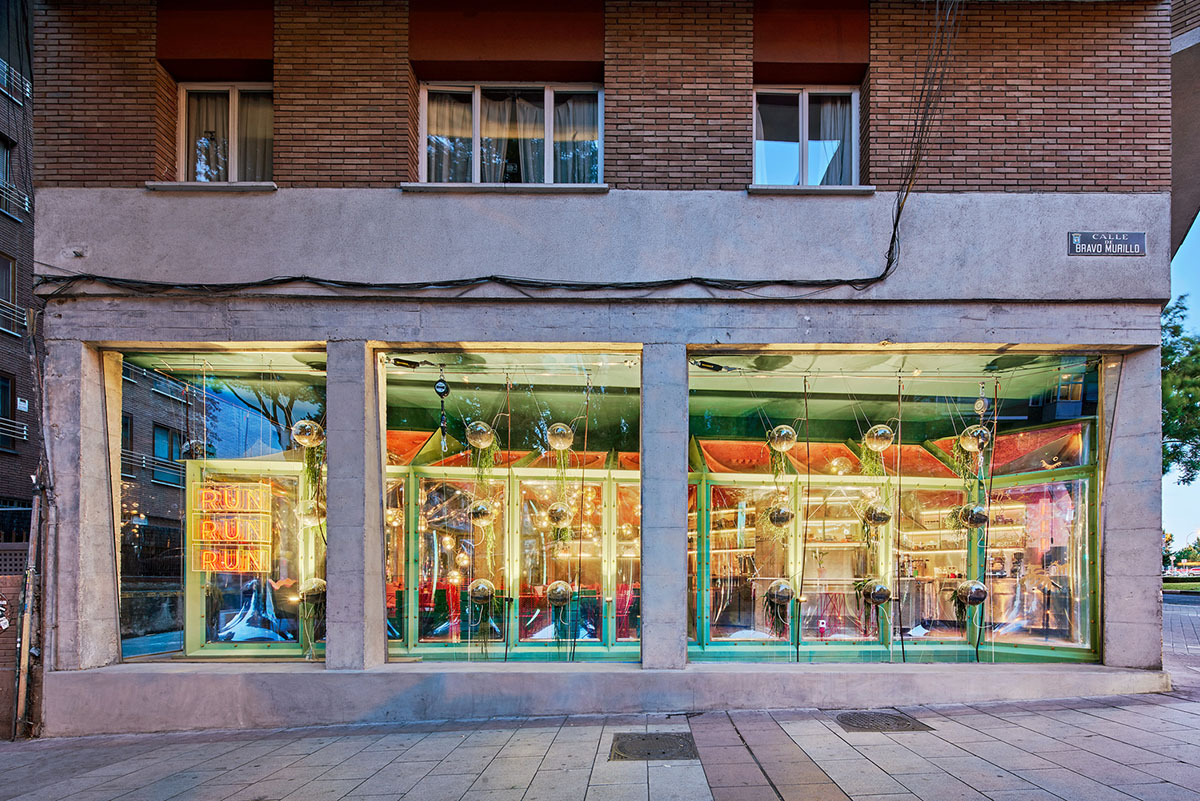 "Run Run Run is an ally in encouraging humans to use the city differently, an infrastructure that turns the city into a playground and a place for people to transform their bodies," said Andrés Jaque / Office for Political Innovation.

"It supports emancipation from domestic spaces and provides opportunities for interhuman gathering through activities that usually promote individuality." 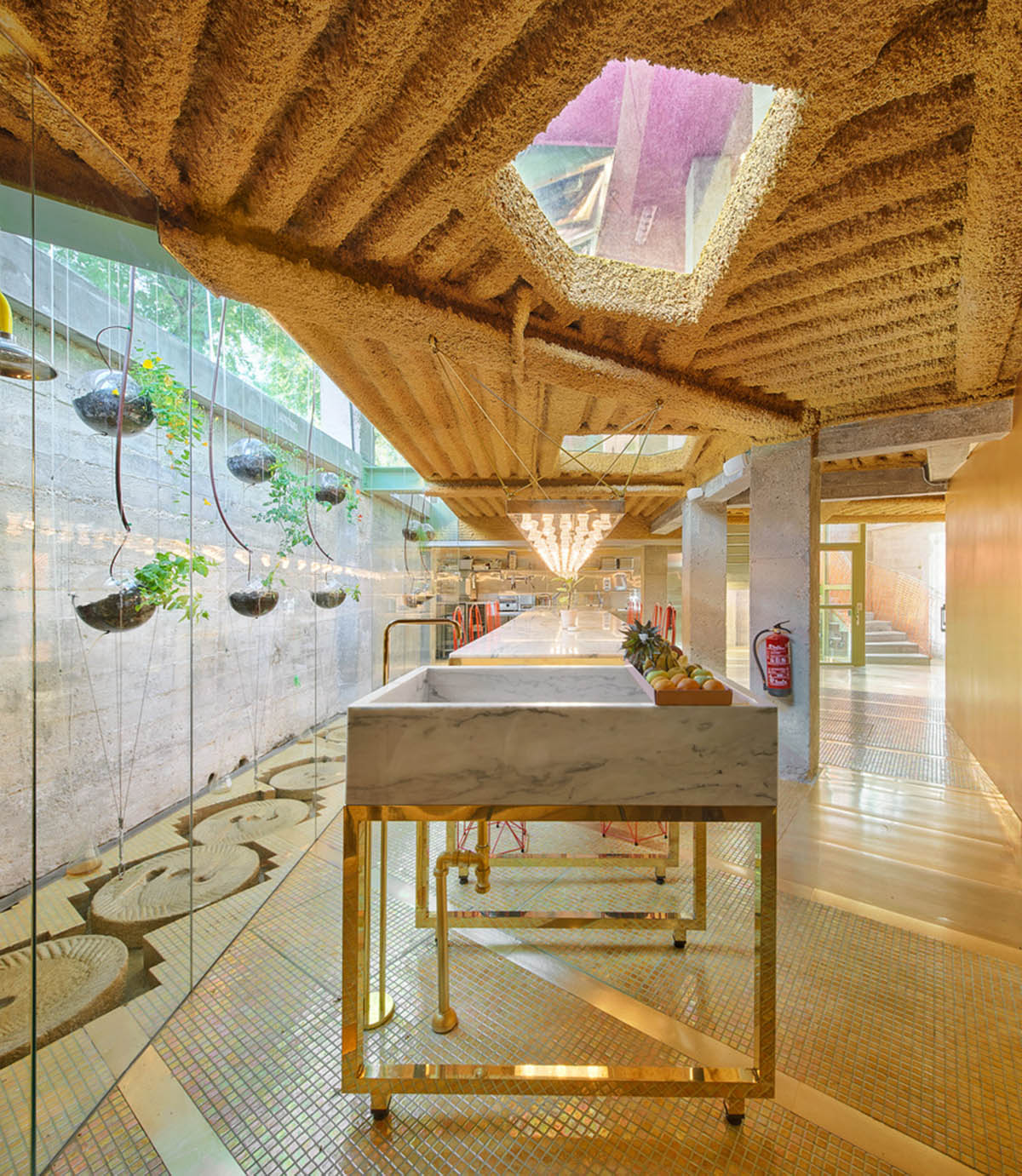 The architect describes the space as "an urban techno-farm: a big house stuck inside a modern building; an assemblage of greenhouse and grotto, both protecting a hanging vegetable garden." 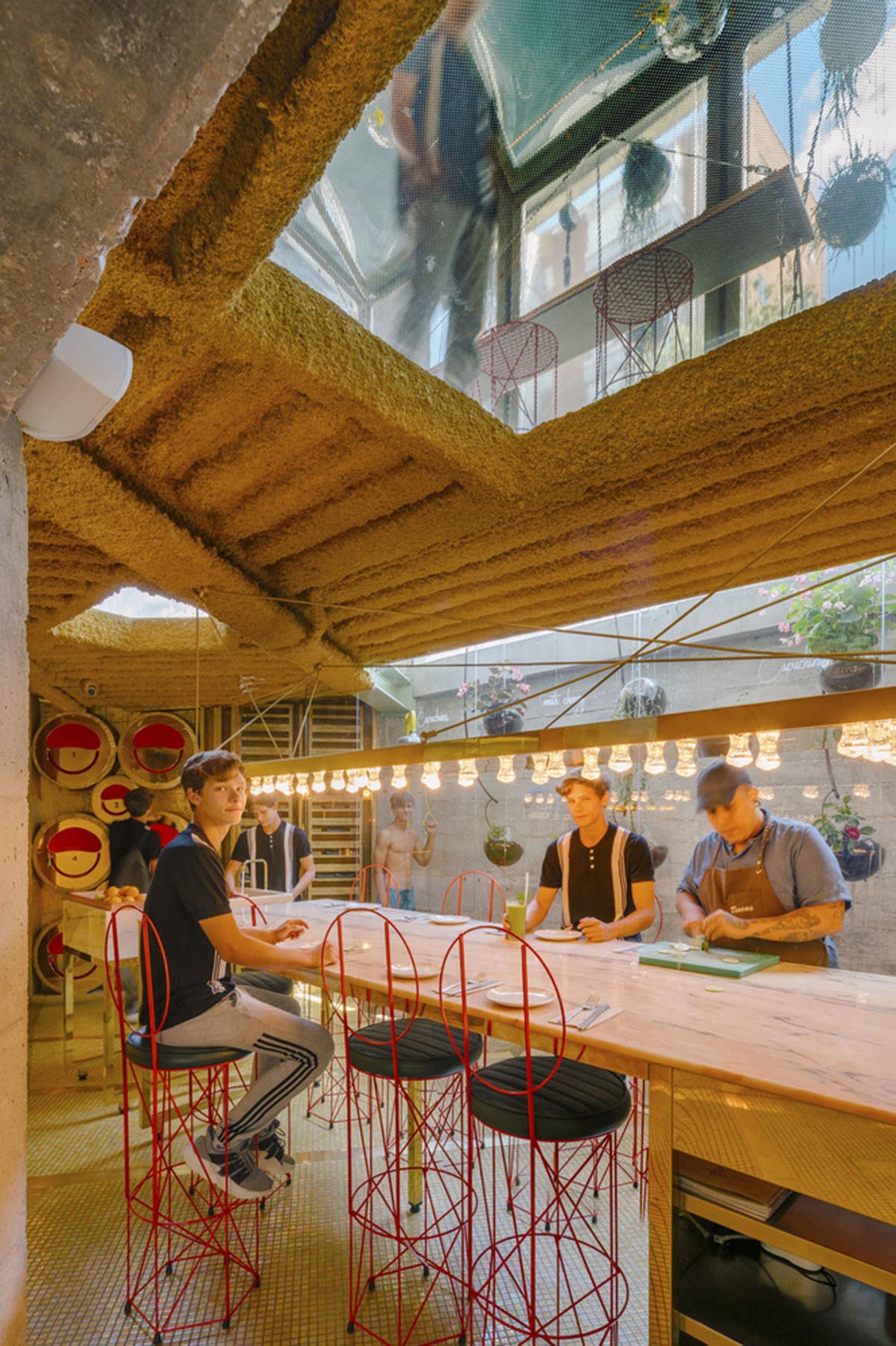 A large portion of the ingredients cooked in Run Run Run’s kitchen come from this garden.

Upon entering, visitors can only see concrete columns and colorful environment. The space has also an upper level that provides continuity in vertical arrangement. There some irregular holes on the floor to see the lower floor floor. 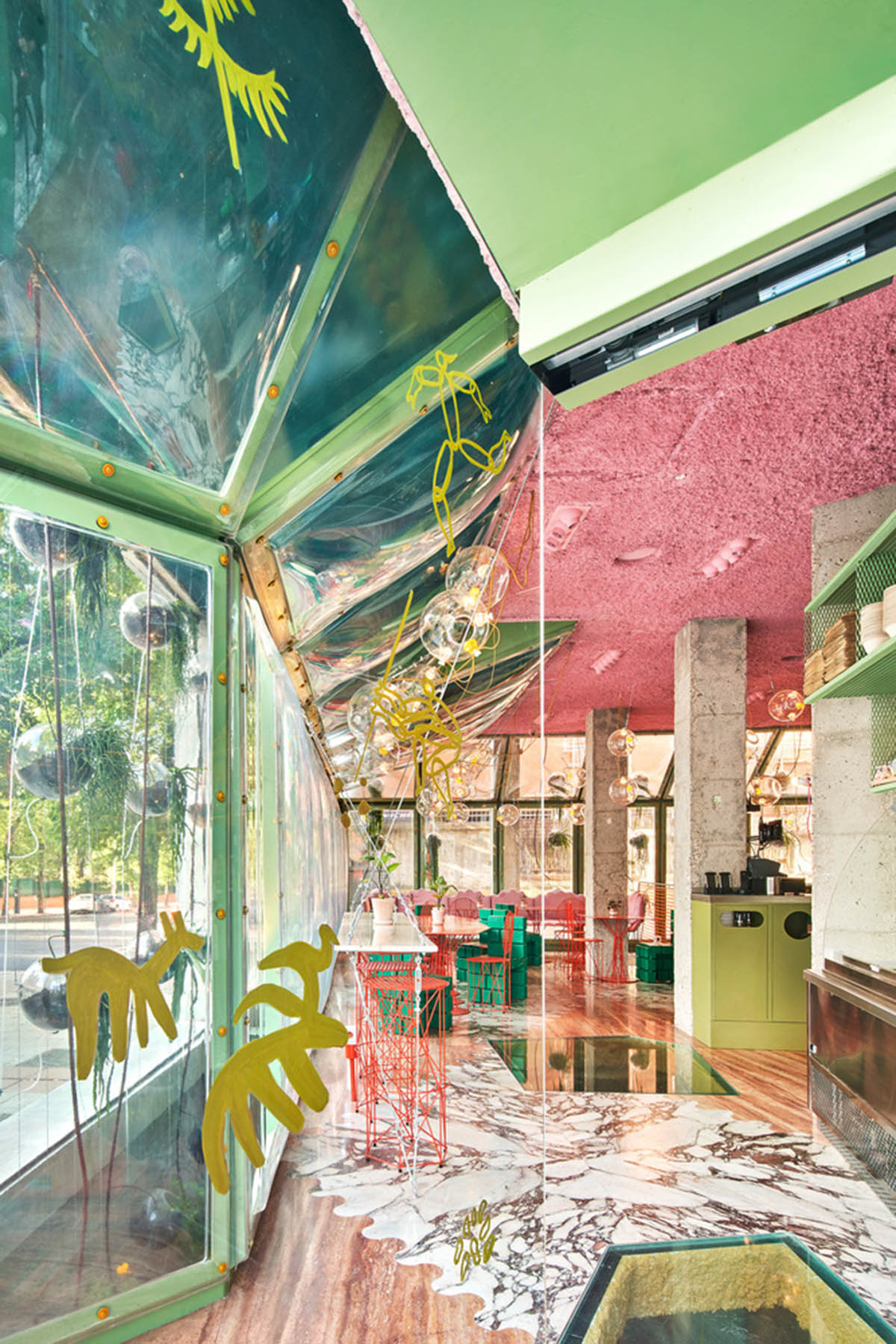 On the upper level, there is a big dinner table or meeting table. Preparation room, shower, locker room, visible dairy and vegetable storage and restrooms are organized on this space. 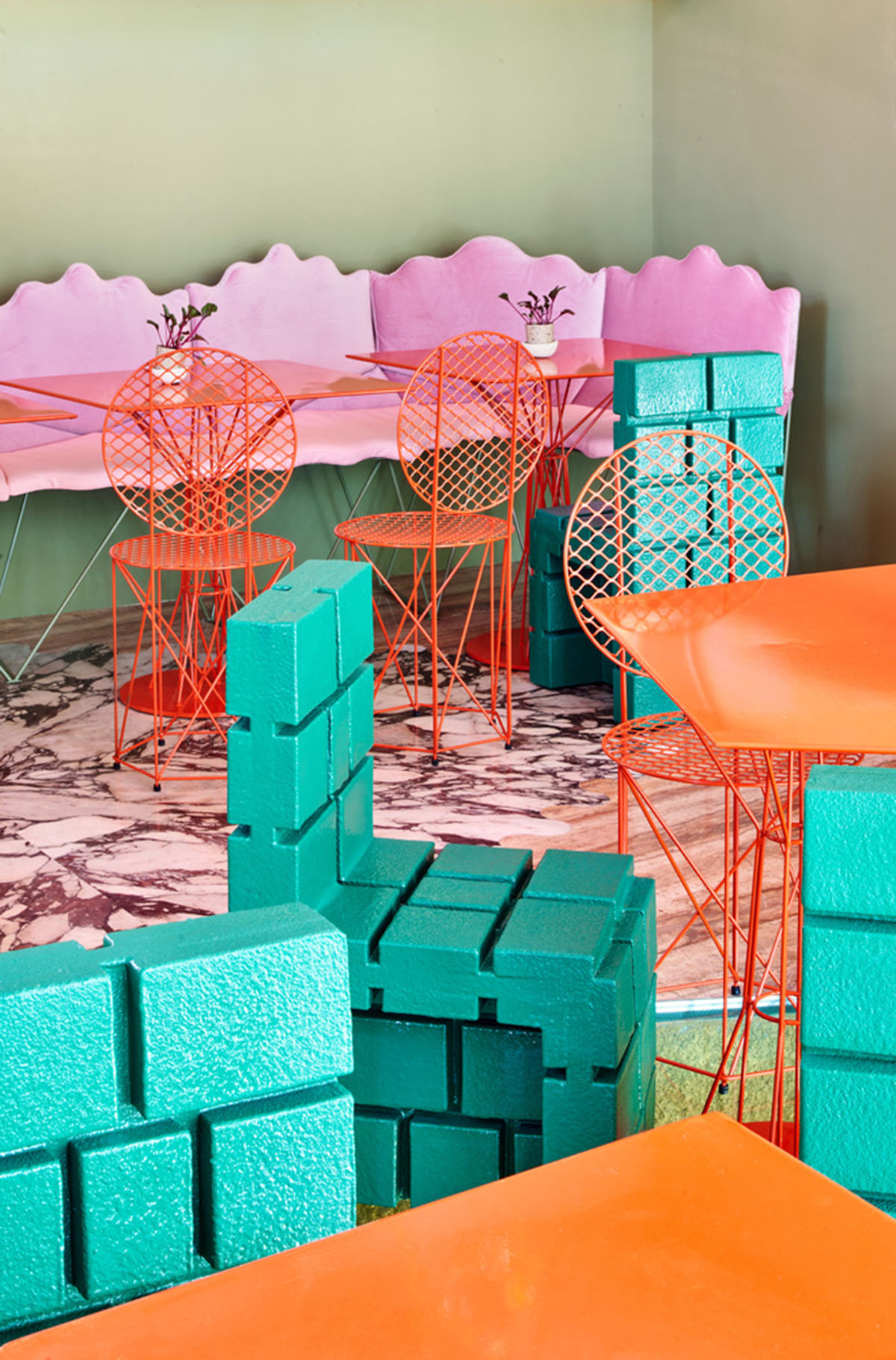 "Organized around an open kitchen, the design intends to offer an alternative to the modern separation between zones to work and zones to eat," added the office.

"The project takes to its limits the possibility of overlapping activities. It hybridizes showers with lockers, the kitchen, the vegetable garden, and the dining room in a ecosystem-like interior." 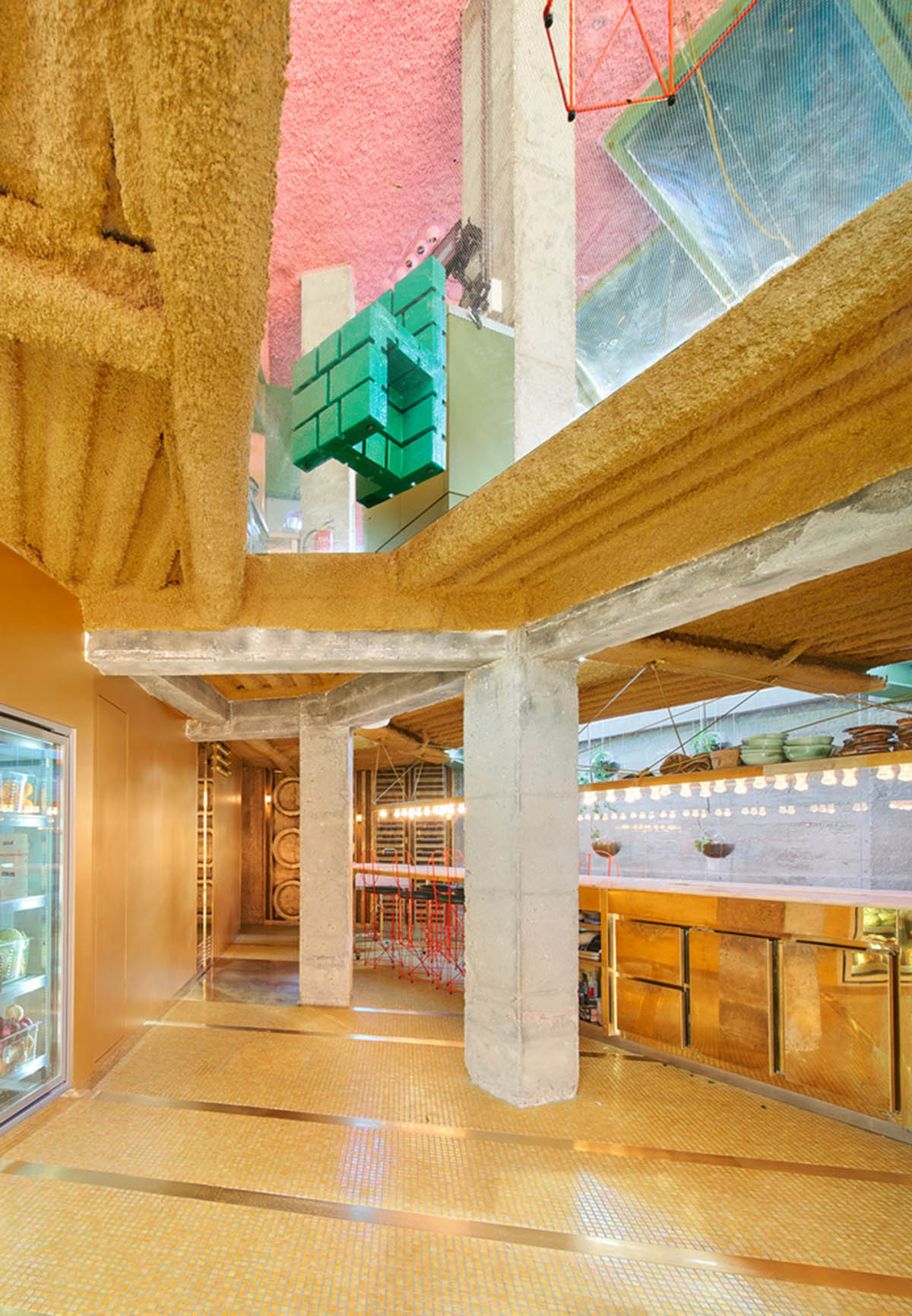 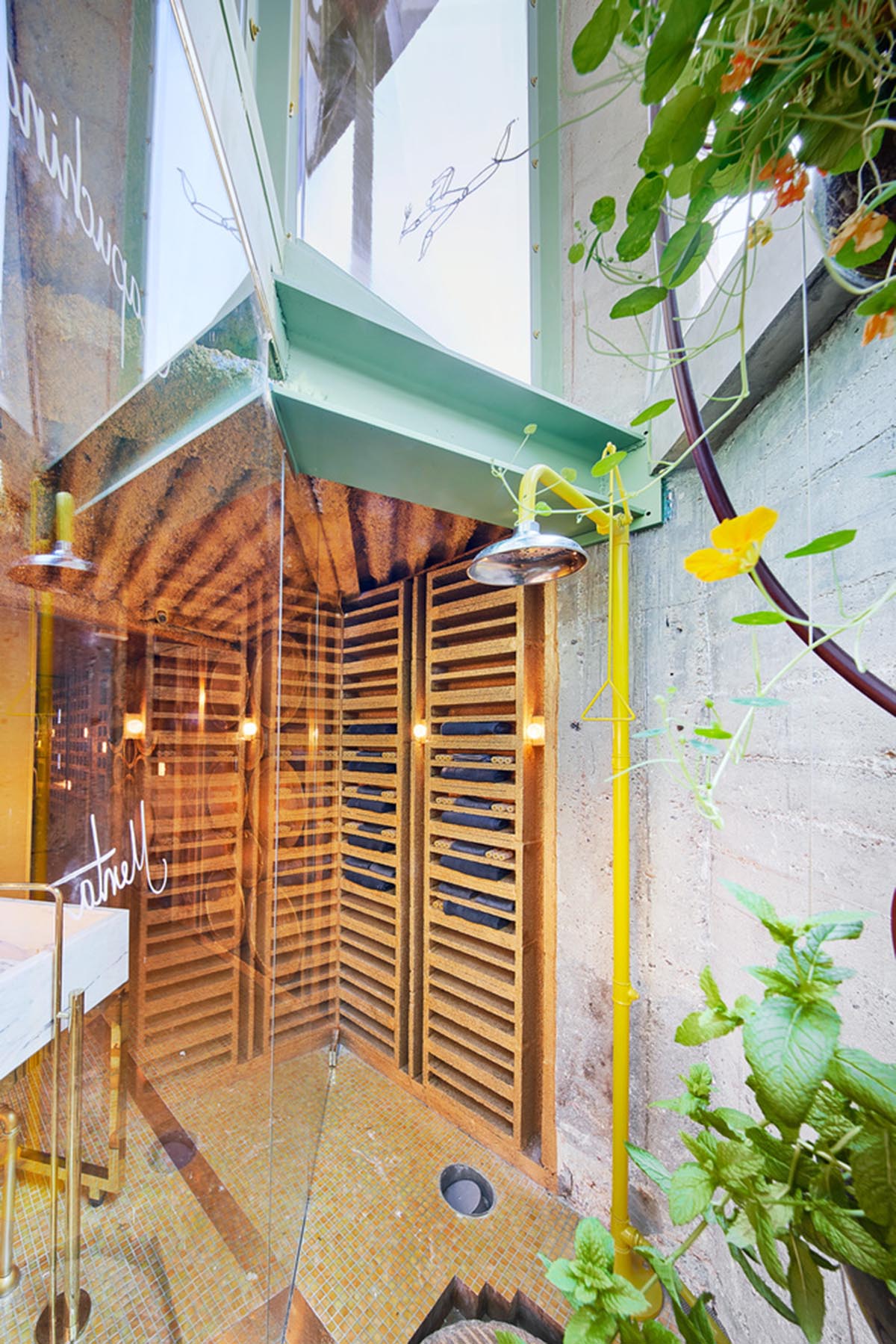 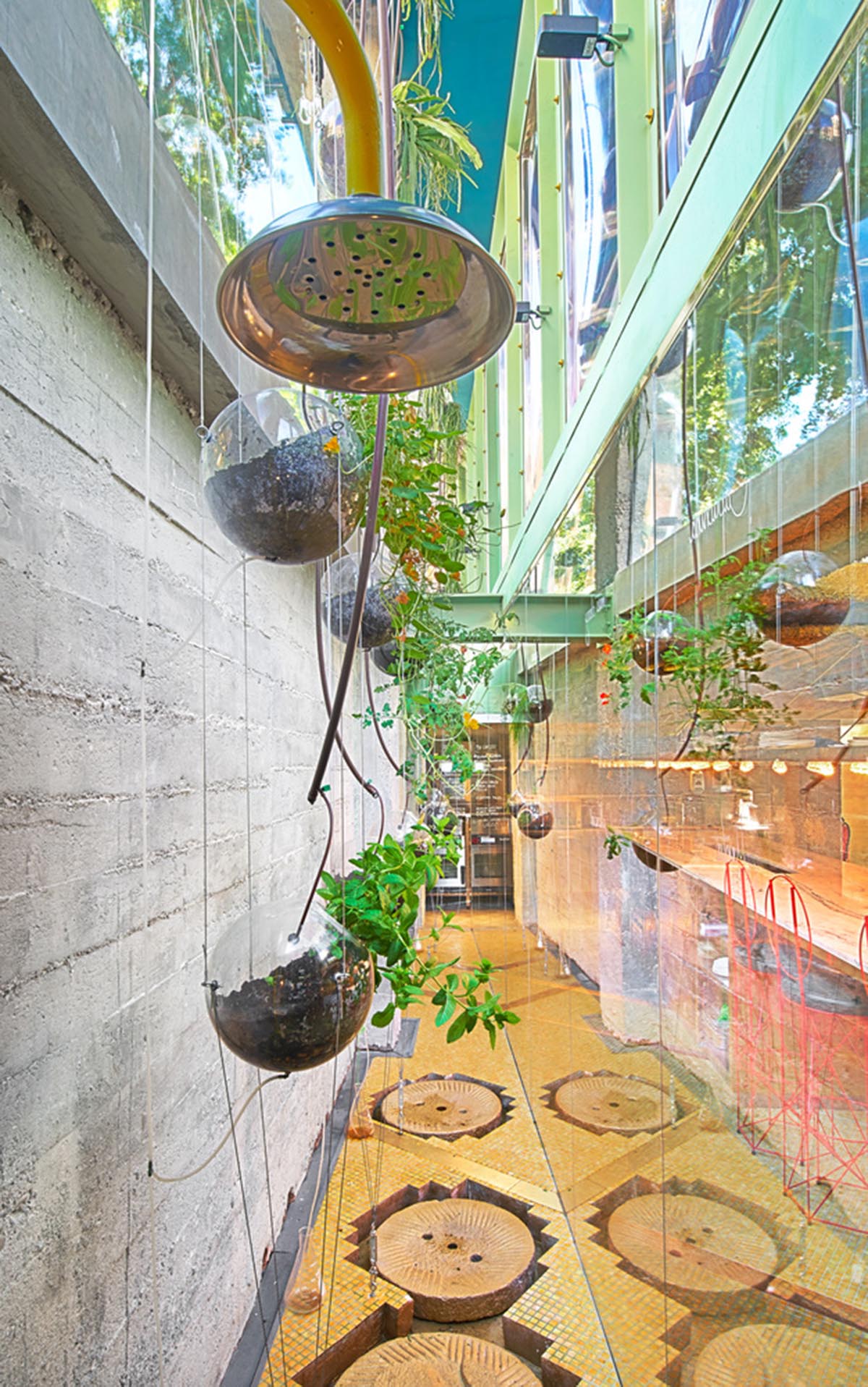 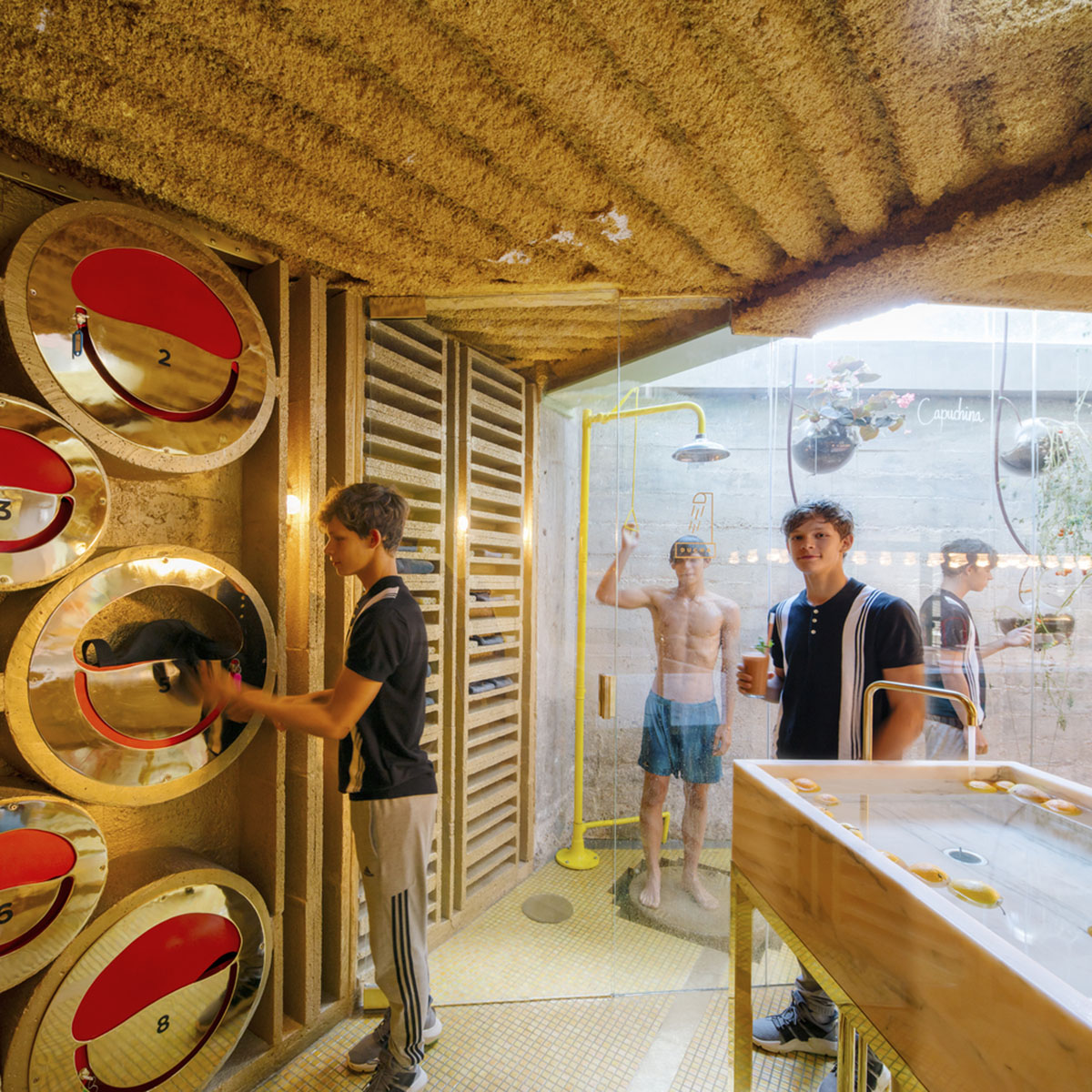 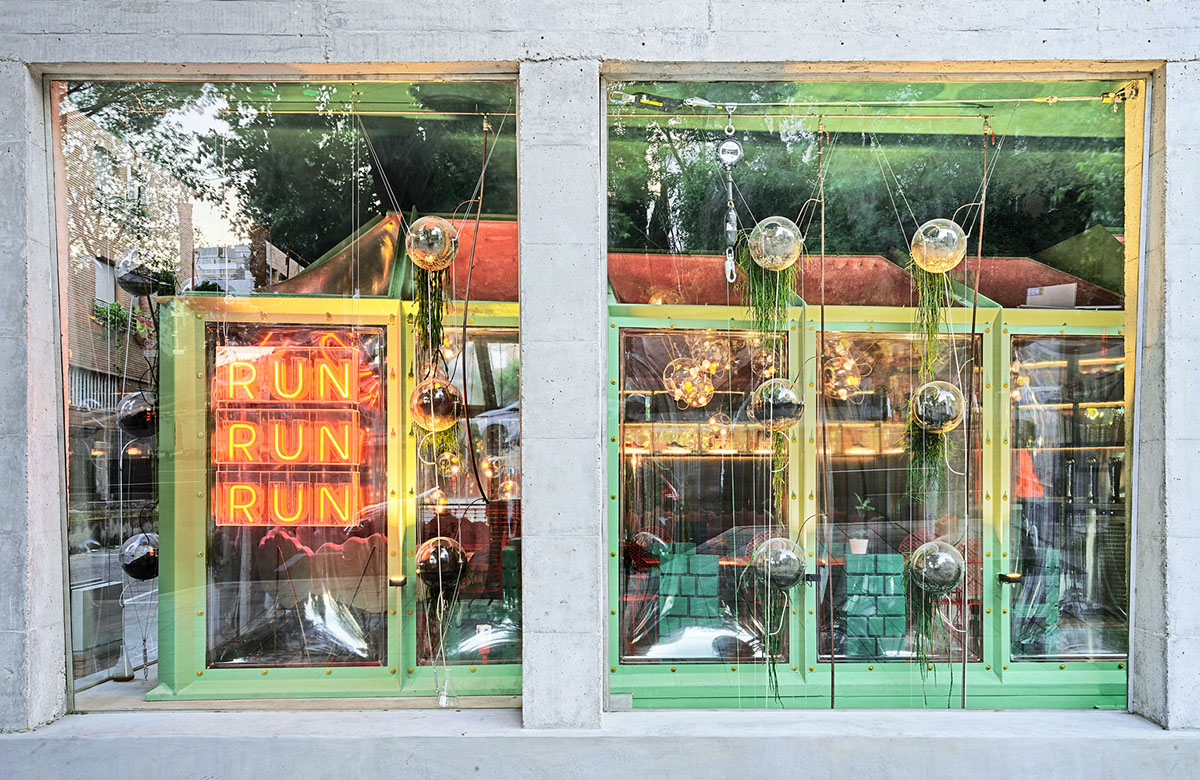 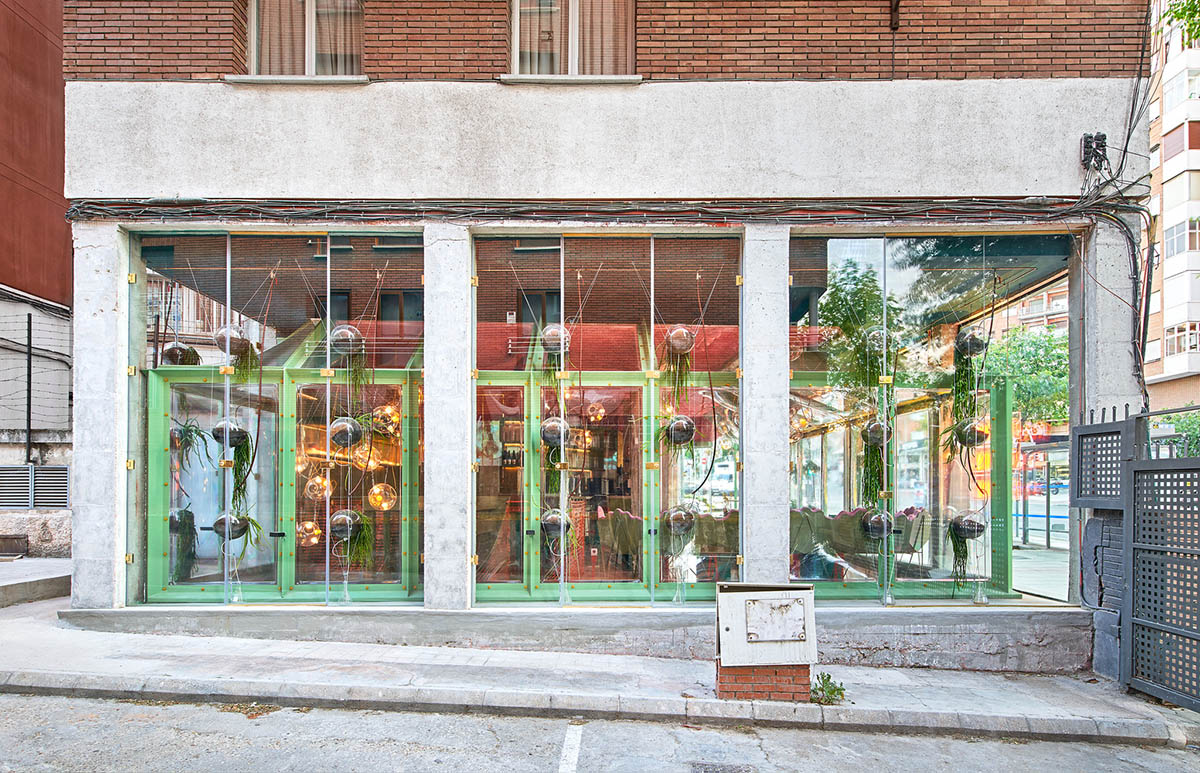 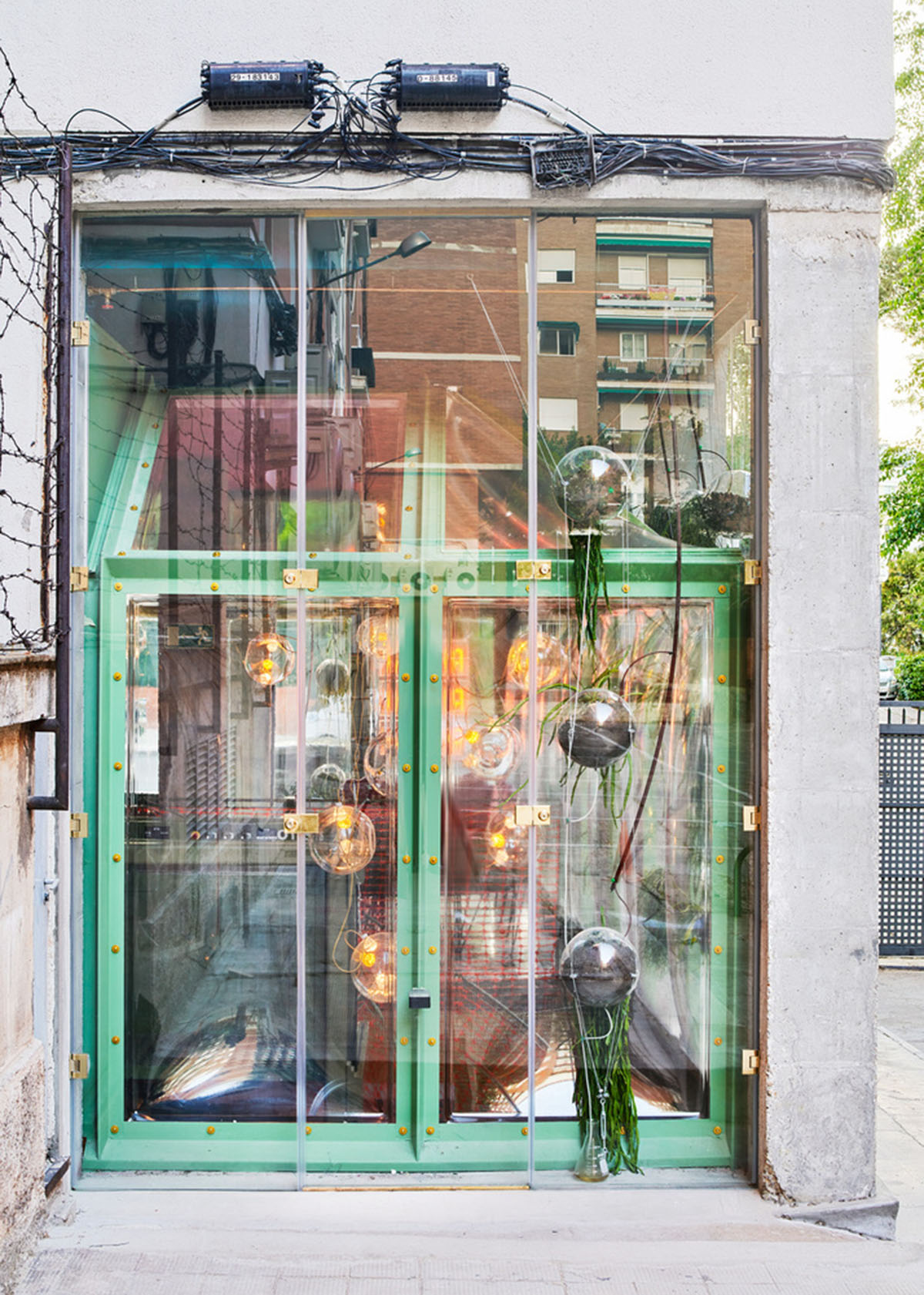 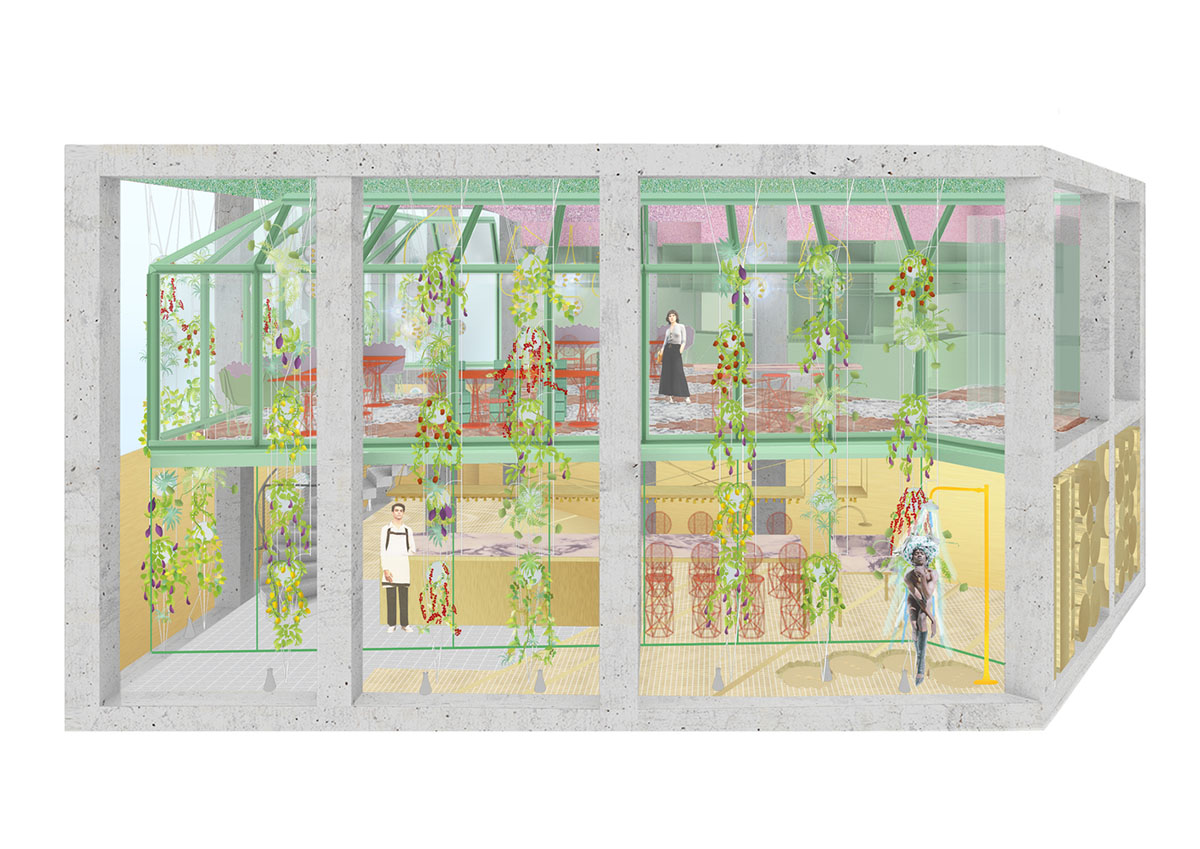 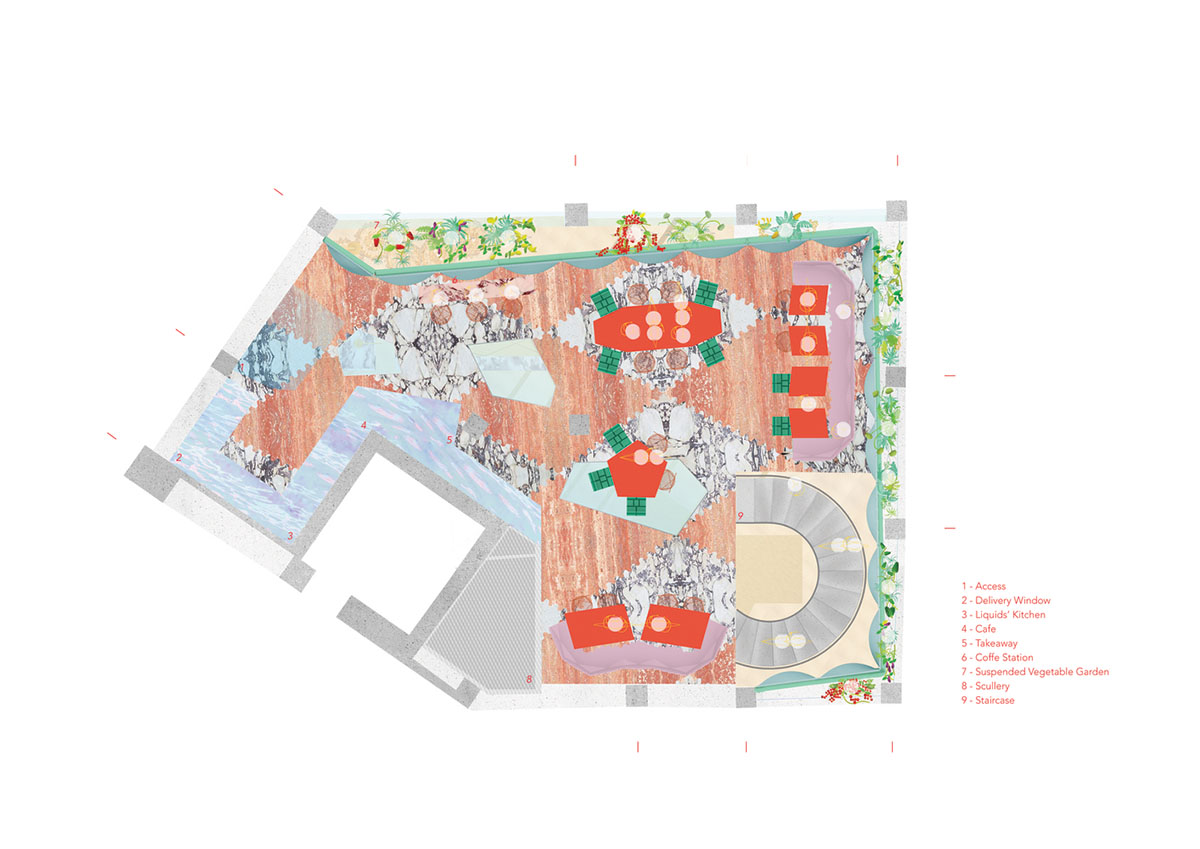 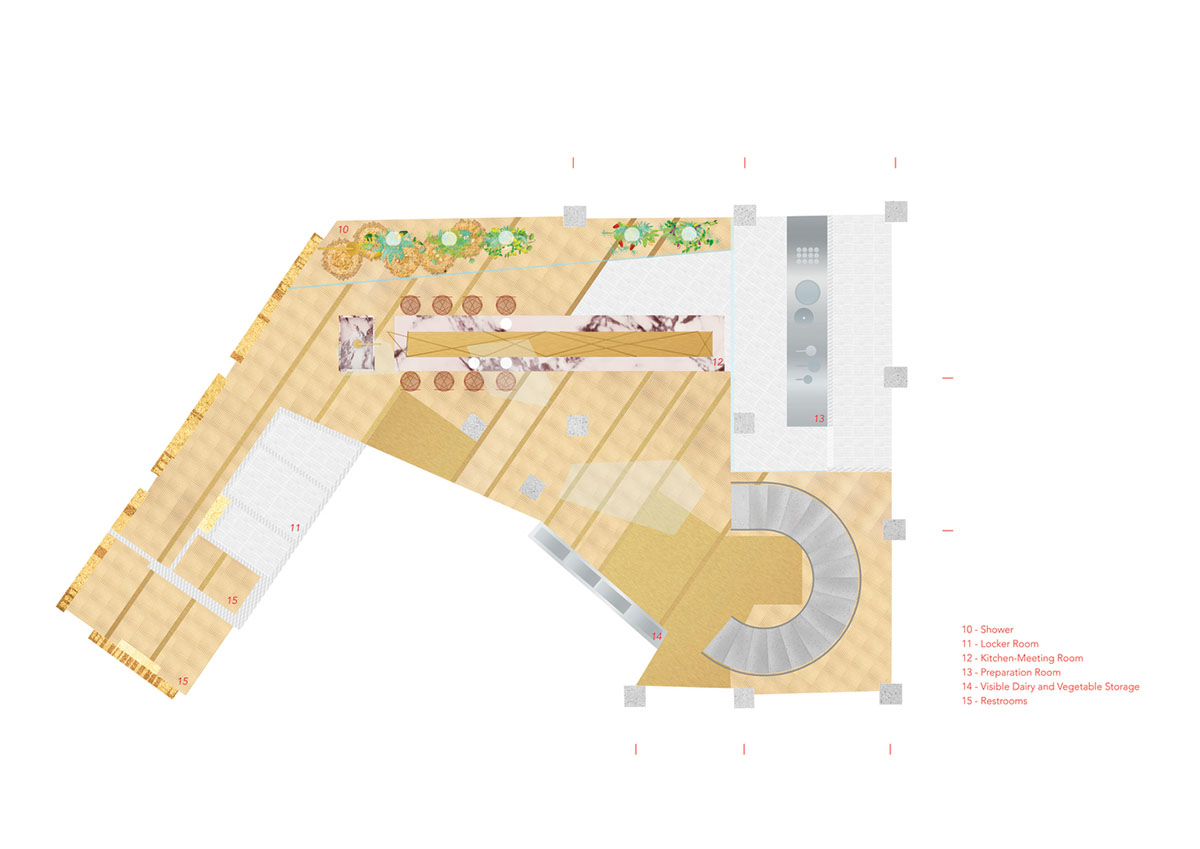 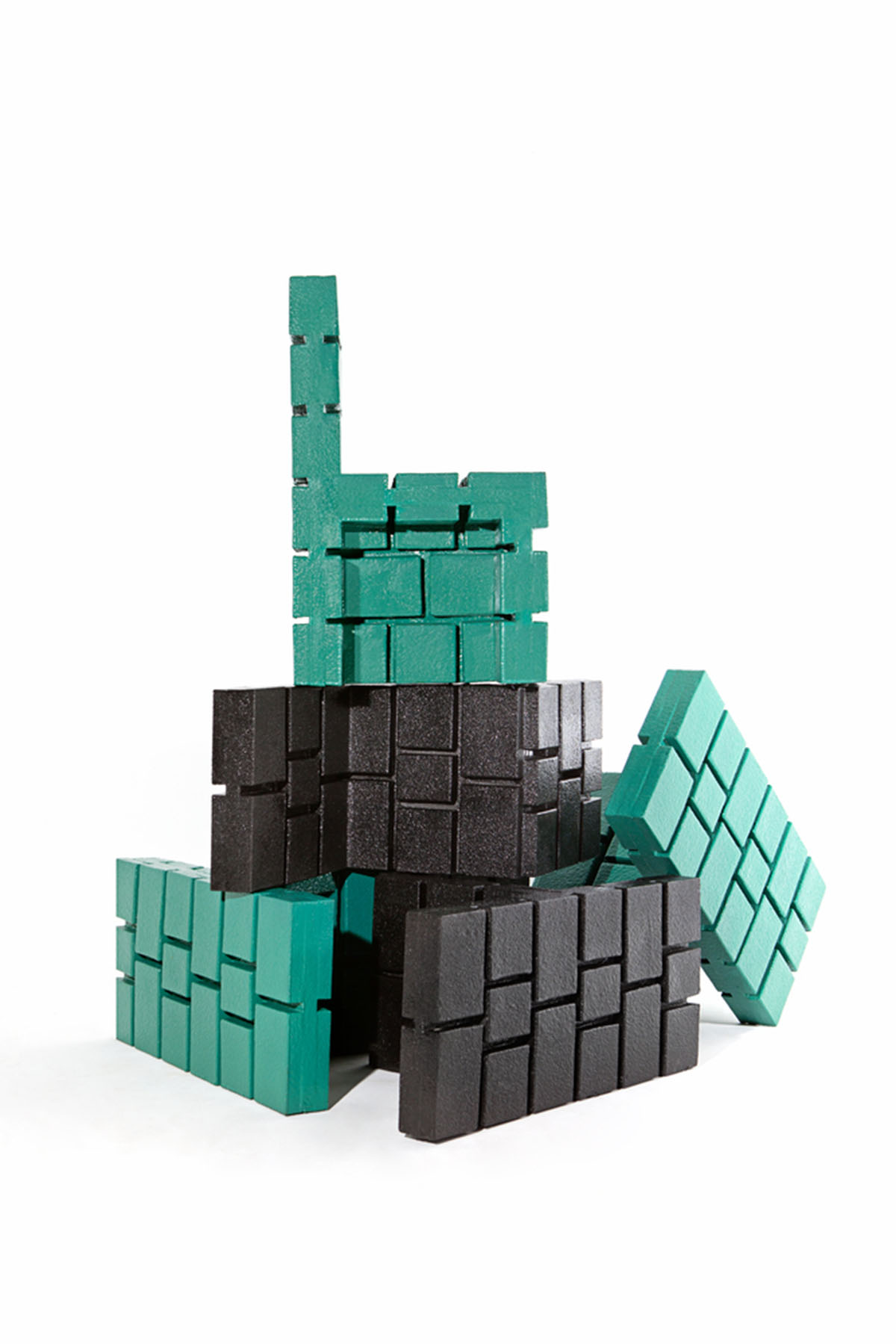 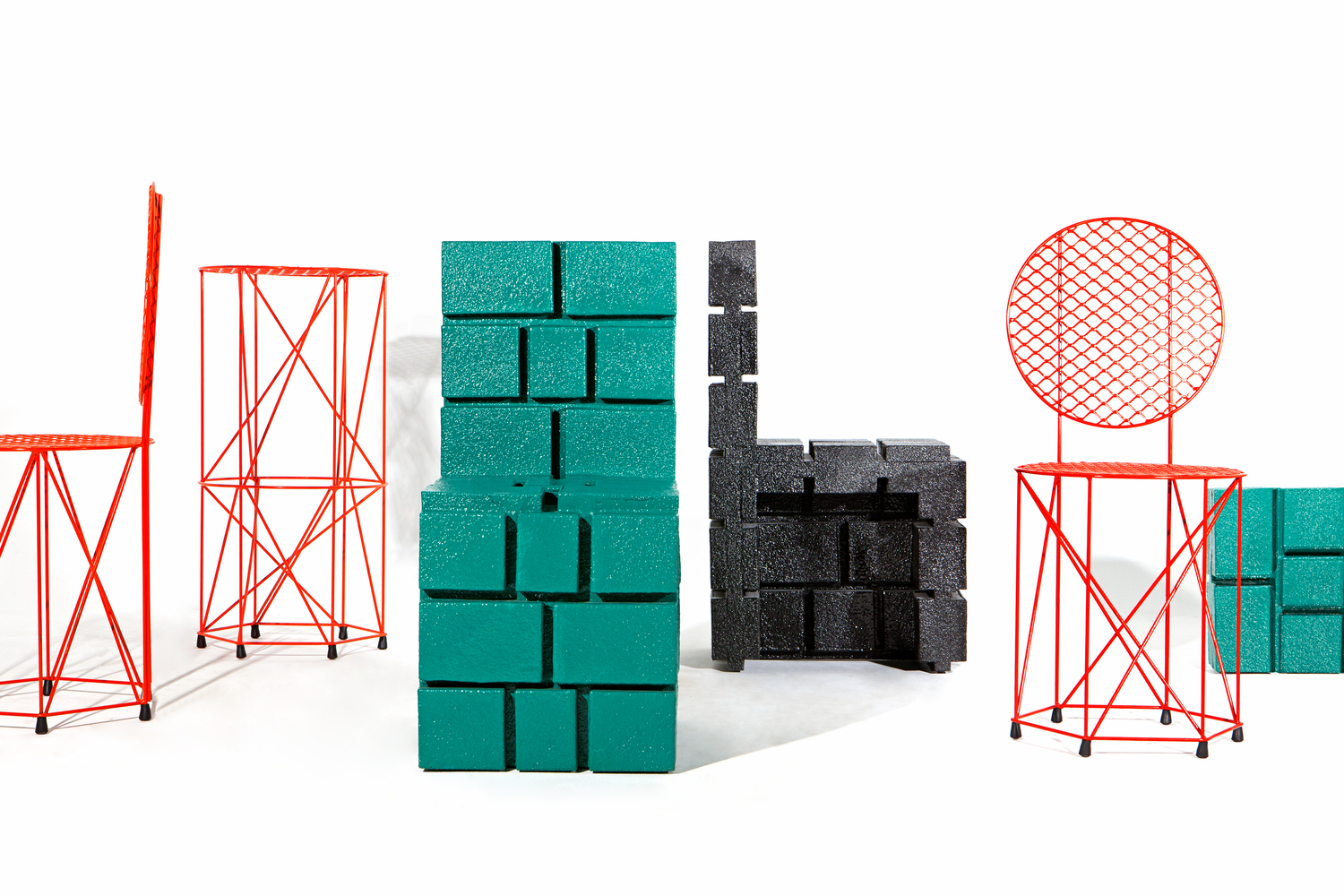 Andrés Jaque is the curator of the 13th Shanghai Biennale.

Office for Political Innovation (OFFPOLINN) is an international architectural practice, based in New York and Madrid, working at the intersection of design, research, and critical environmental practices.