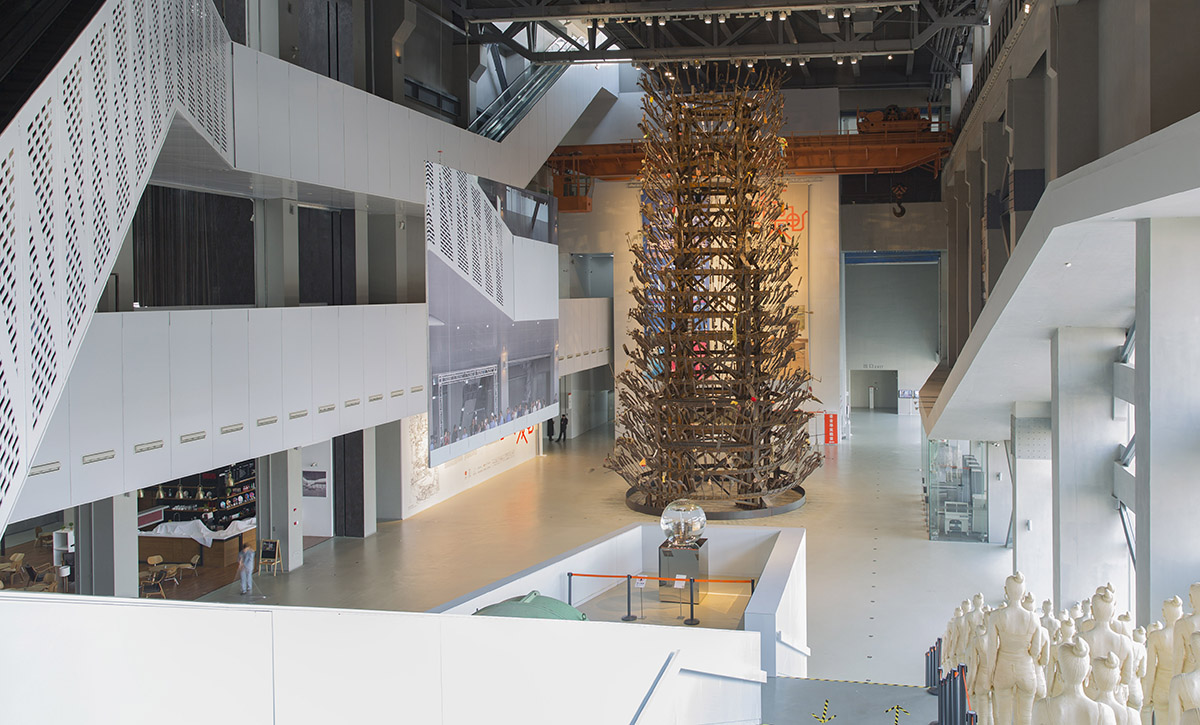 Chief Curator Andrés Jaque has announced the theme and curatorial team for the 13th Shanghai Biennale.

The theme of the Shanghai Biennale is "Bodies of Water", the theme will advocate for processes of planetary re-alliance relying on transspecies collectivity.

Exploring forms of fluid solidarity, the Biennale will convene artists to think beyond human-centered and nation-based narratives, connecting the discussions of bodies with those of the environment. 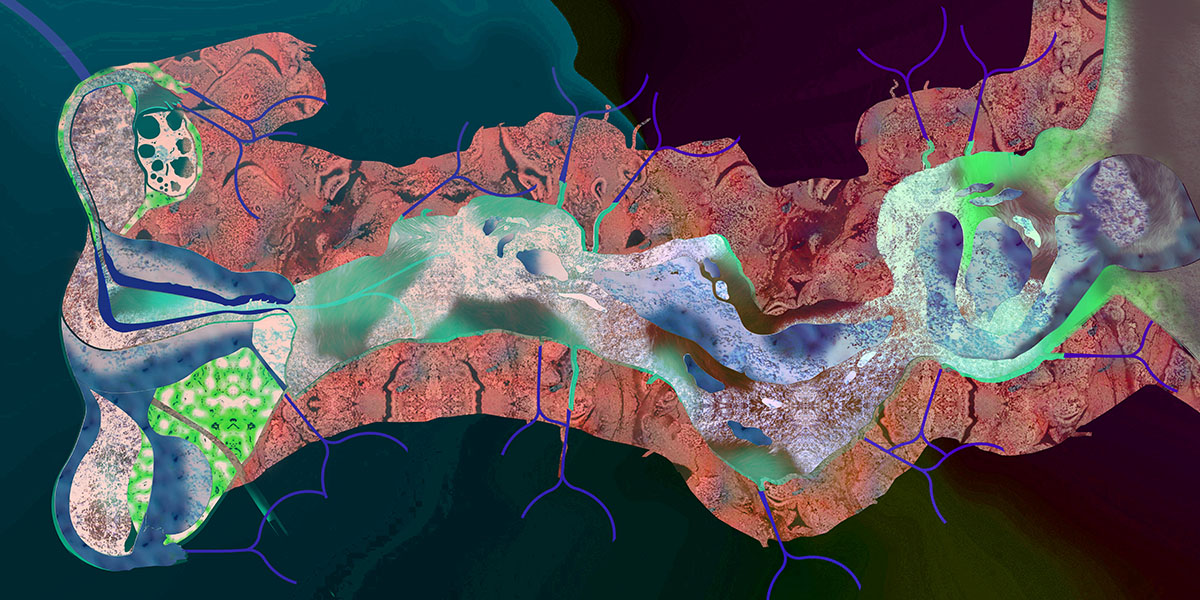 For the first time, the Biennale will operate as an eight-month, evolving, “in crescendo” project conceived as a collective undertaking by artists, activists, and institutions, and unfolding in three phases between November 2020 and June 2021, challenging the usual art biennale format.

To realize this ambitious proposition, Jaque is working closely with a curatorial team consisting of YOU Mi, Marina Otero Verzier, Lucia Pietroiusti, and Filipa Ramos. 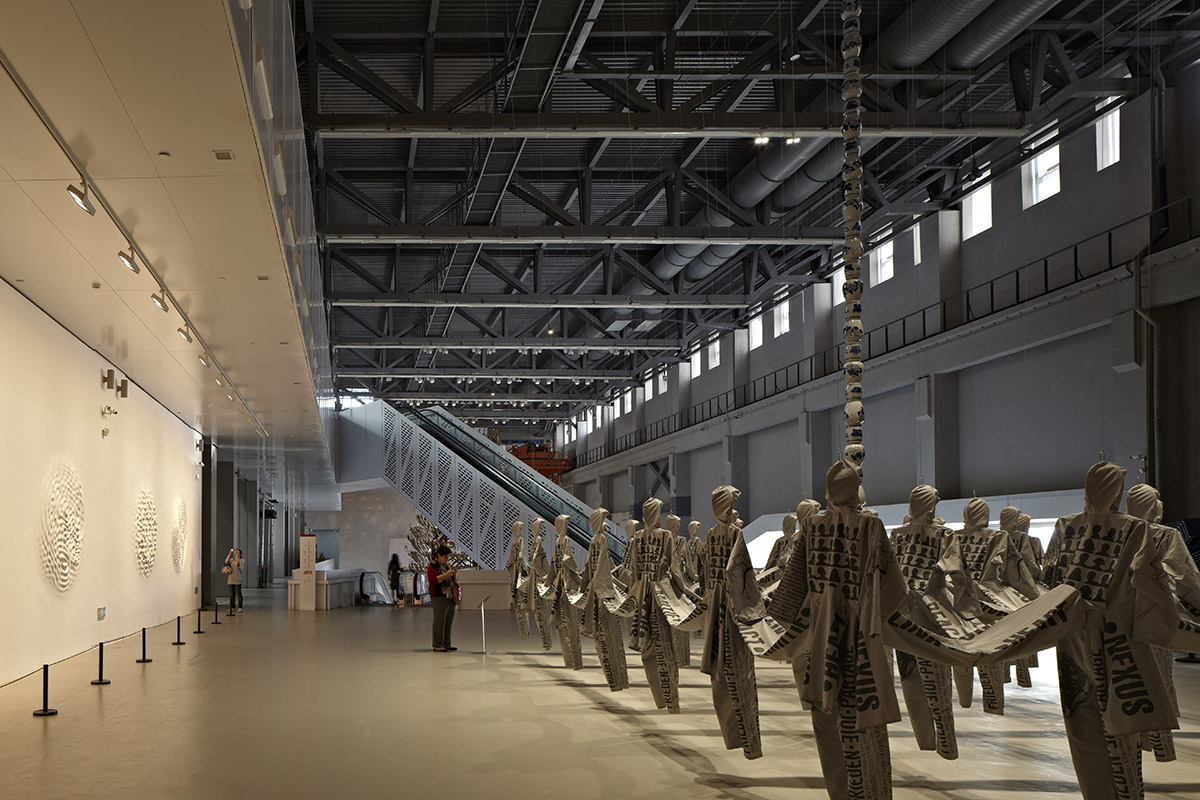 "From the depth and tempo of a breath to the evolution of an ecosystem, the Biennale will reflect on how collectivities are made tangible and bodied in wet-togetherness, exploring diverting forms of aqueousness," said Chief Curator Andrés Jaque.

"Beyond the confines of flesh and land, the curatorial proposal considers how discharging, breathing, transfusing, flushing, and decomposing are ways in which bodies exist together," Jaque added. 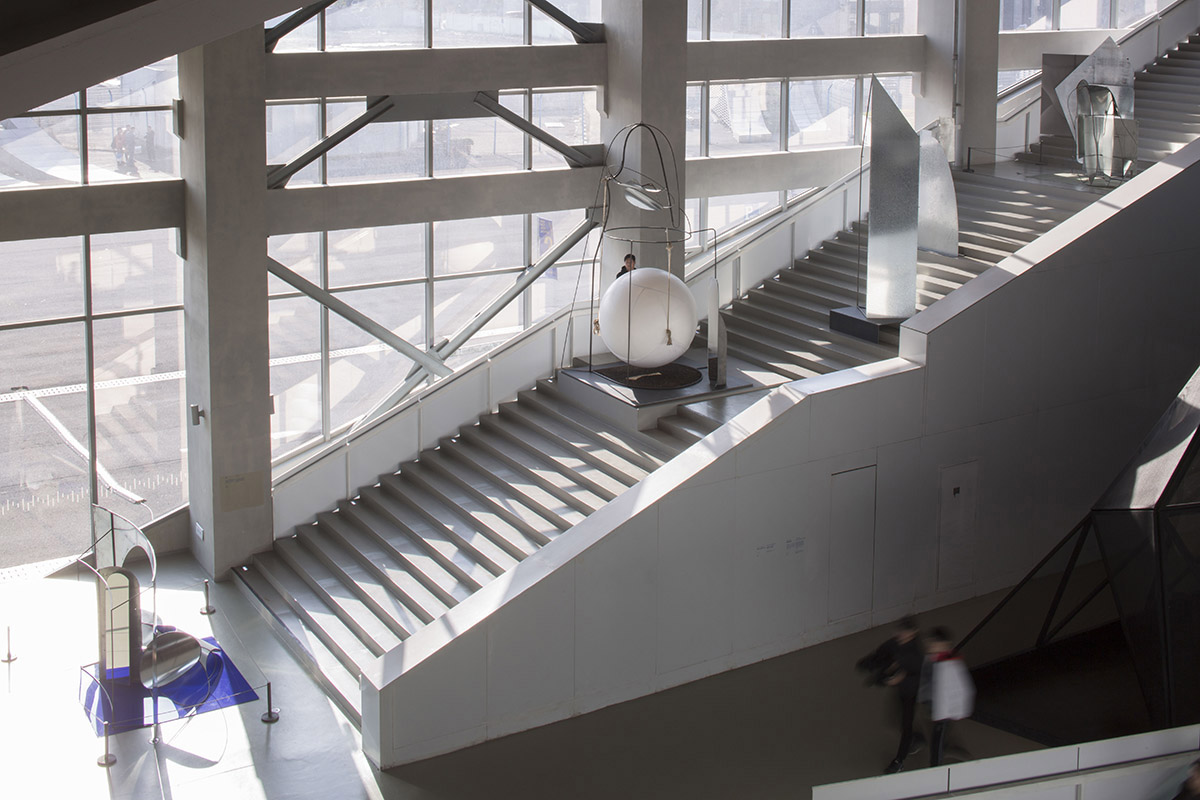 "The preparation of the 13th Shanghai Biennale took place during the uncertain times of a health crisis. “Bodies of Water” presents itself in fluid forms to accommodate the ever-changing reality, while finding ways to confront conventional exhibition-making methods. The Biennale strives to reach a place previous exhibition forms could not access," said Fei Dawei, The president of the PSA Academic Committee.

"More importantly, this exhibition is utterly experimental: in the face of the changing global conditions, curatorial practices will continue to explore the possibilities of self-renewal." 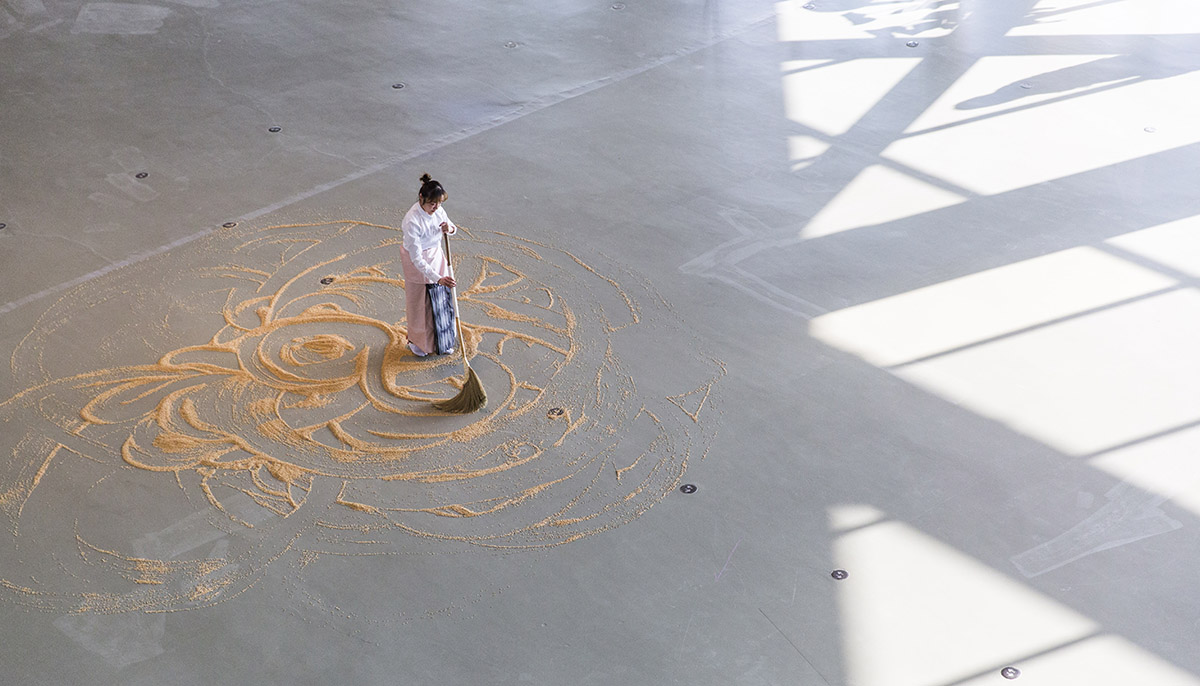 The Biennale is engaging with the history and geography of Shanghai, a long-standing arena for liquid territorial bodies, and the site for this Biennale.

The city is intimately connected to the 5,000-meter descent to the East China Sea of Qinghai-Tibet Plateau’s meltwaters located at the intersection of the Huangpu and the Yangtze Rivers, and in the vicinity of the human-made Jing-Hang Grand Canal.

Particles dragged from up to 6,300 kilometers of sediment are metabolized by edible plants at the Yangtze Delta, China’s most fertile agricultural site.

Mineral and organic matter, travelling suspended as part of bodies of water, is then rebodied. Water flowing reconstructs geographies and vitalizes organisms. Not without struggle. 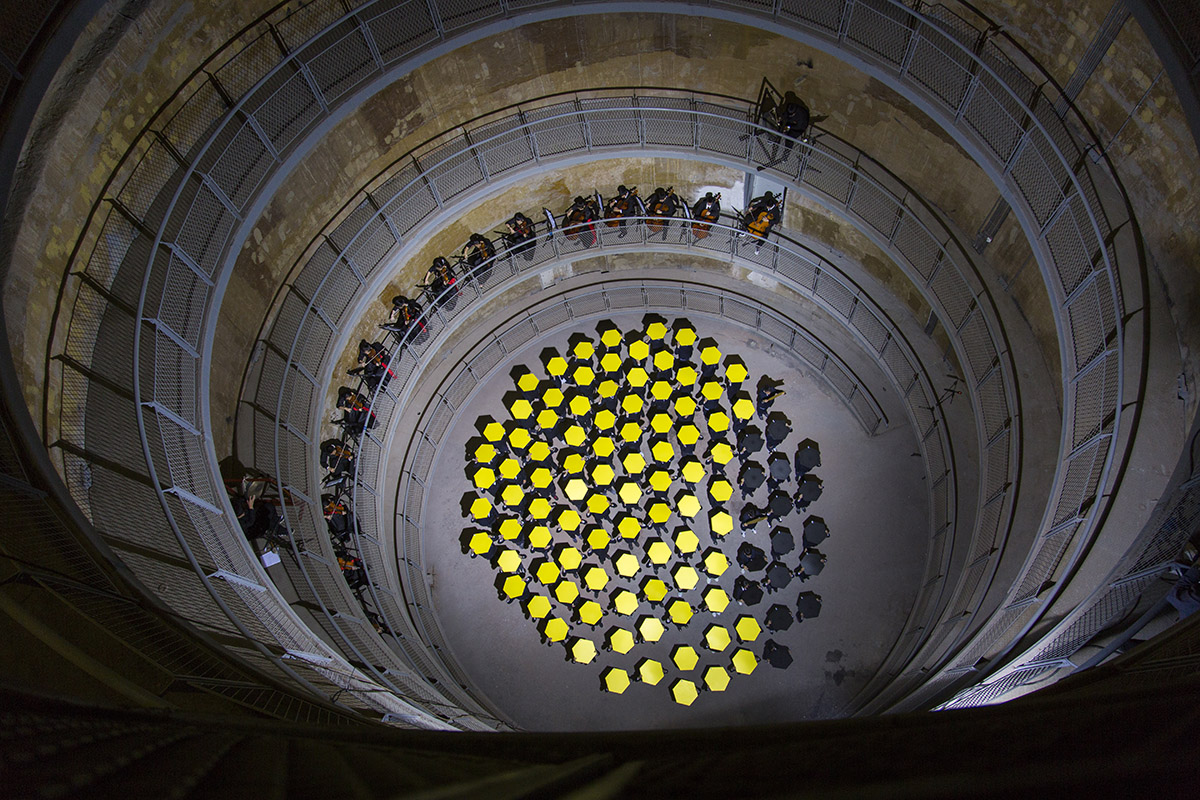 The Shanghai Biennale, the oldest art biennale in China, will ultimately interrogate its own situation at PSA, a former coal-electric plant that fueled the industrialization of the Huangpu River, a cauldron of accelerated production and bodily mobilization.

This edition will nurture art as an ecosystem of practices closely connected to different forms of human and non-human knowledge, sense, and intelligence.

In close collaboration with Shanghai’s universities and networks of independent art spaces and activism, the Biennale will build on art’s interdependency with science, social constructs, technology, and modes of spirituality. Rather than presenting art as autonomous, it will provide a platform to acknowledge the diversity in which research and knowledge-making happens and is disseminated. 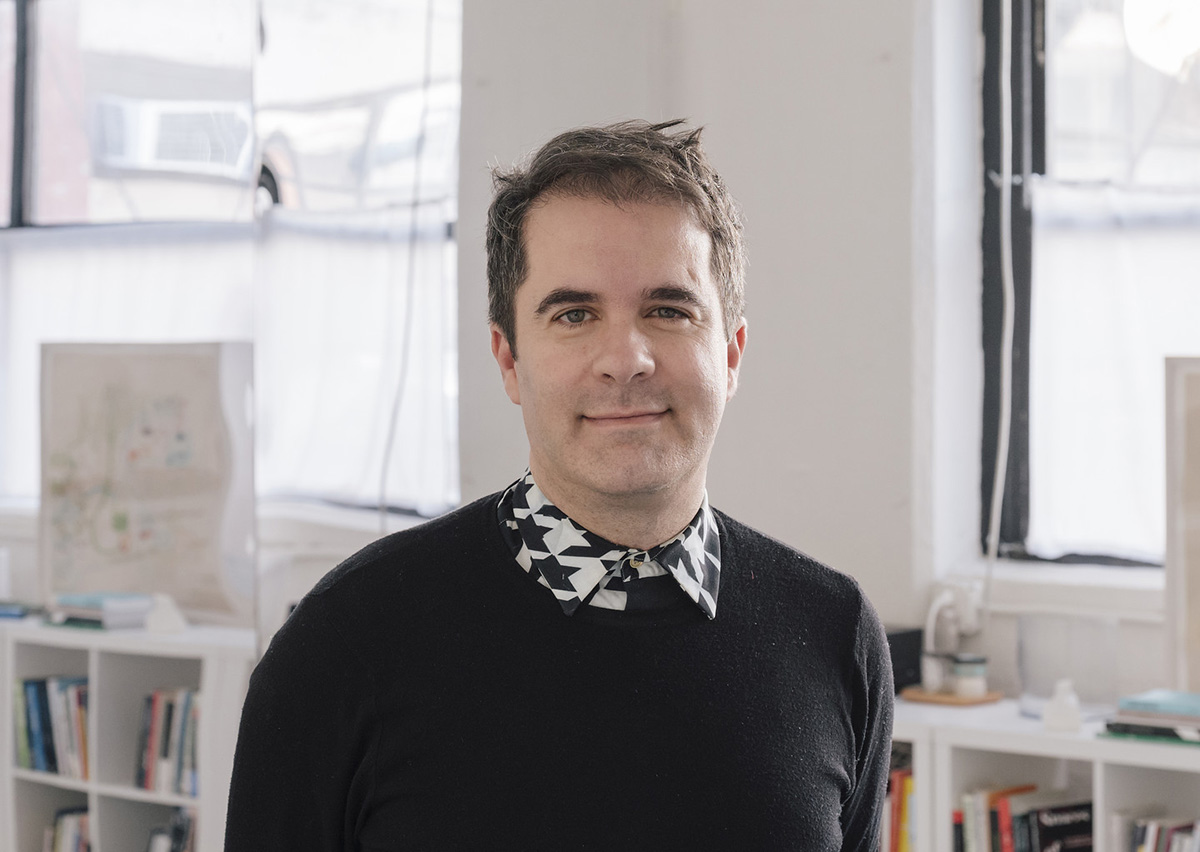 The Phases: In Crescendo Biennale

For the first time, the Shanghai Biennale will operate as an eight-month “in crescendo” project, unfolding in three phases:

Phase 01: A Wet-run Rehearsal. November 10–14, 2020. A summit bringing to- gether contributors to present their work in the form of a performative assembly taking place in the PSA’s Grand Hall and spreading out to networks of art spaces along the Yangtze River, as well as online.

Phase 02: An Ecosystem Of Alliances. November 15, 2020 – April 9, 2021. Keeping a permanent post at the PSA, the “in crescendo” project associates itself with infrastructures where online/offline social and communal life are taking place. These include streaming TV channels, social media, university programs, and serial interventions on urban dynamics.

Phase 03: An Exhibition. April 10 – June 27, 2021. Opening with a festival, the Biennale will unfold into an exhibition that will run through PSA and expand into a series of locations along the Huangpu River and across the city of Shanghai. 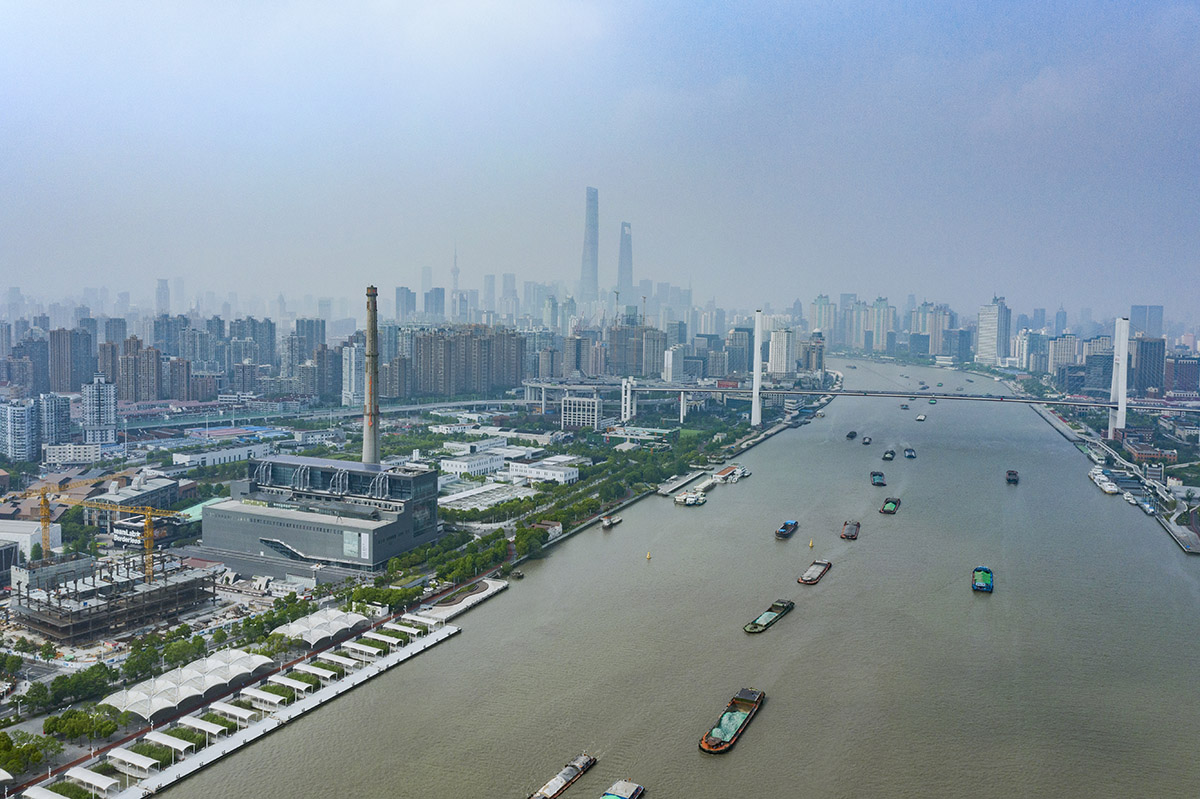 Power Station of Art on the bank of Huangpu River. Image © PSA

Shanghai Biennale was launched in 1996, the Biennale is not only the first international biennial of contemporary art in mainland China but also one of the most influential art events in Asia. In 2012, the Power Station of Art became the organizer and permanent venue of the Shanghai Biennale.

From Open Space in 1996, to Inheritance and Exploration in 1998, Spirit of Shanghai in 2000, Urban Creation in 2002, Techniques of the Visible in 2004, Hyper Design in 2006, Translocalmotion in 2008, Rehearsal in 2010, Reactivation in 2012, Social Factory in 2014, Why Not Ask Again in 2016, and Proregress in 2018, the Biennale has always maintained Shanghai as its primary locus, upholding the mission of supporting academic and cultural innovation, while continuously tracking social evolution and trends in knowledge production in a global context with an open view. 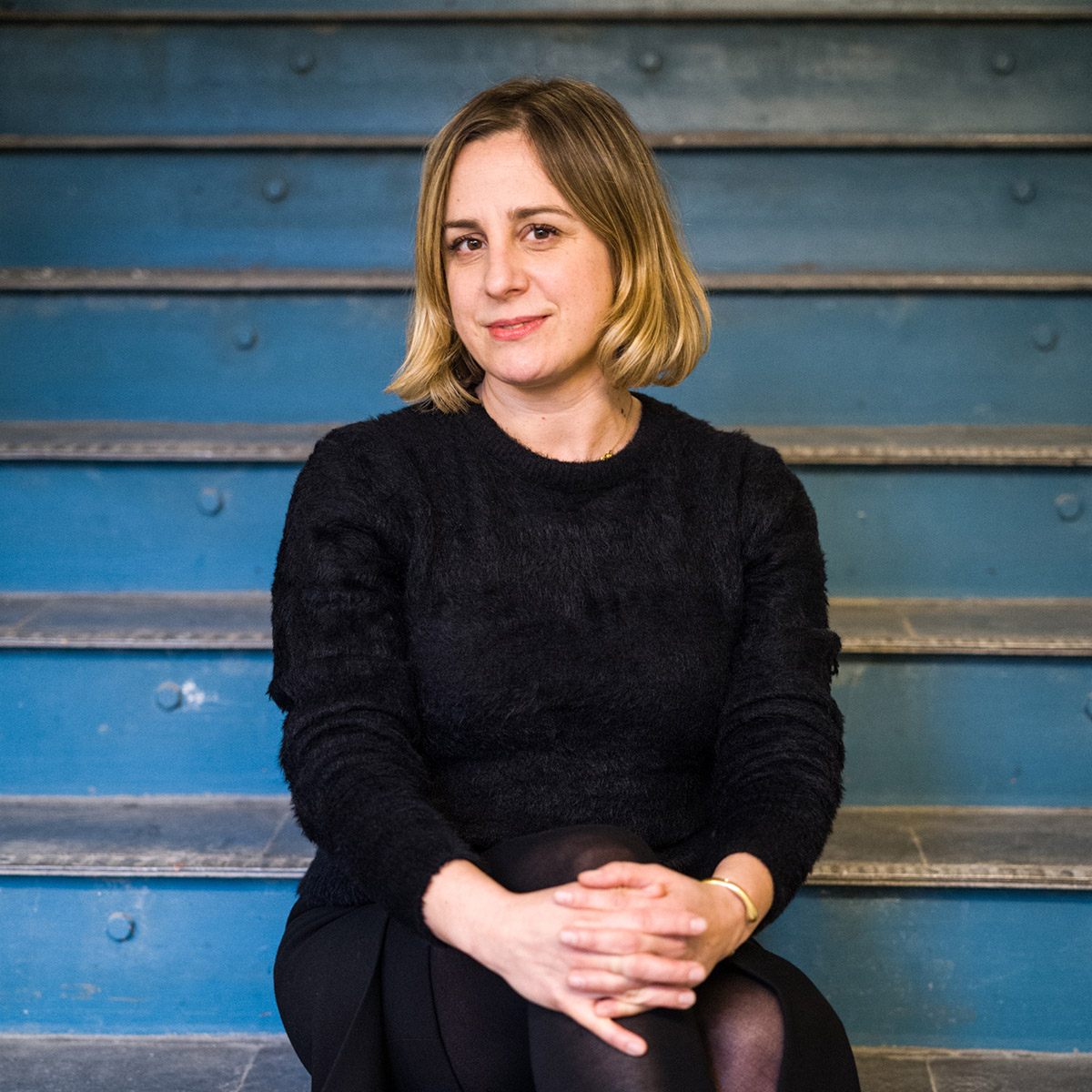 Marina Otero Verzier is an architect based in Rotterdam. The director of research at Het Nieuwe Instituut, she leads research initiatives such as Automated Landscapes, Work Body Leisure, and BURN-OUT. Exhaustion on a planetary scale. From September 2020, she will be head of the Social Design Master at Design Academy Eindhoven. 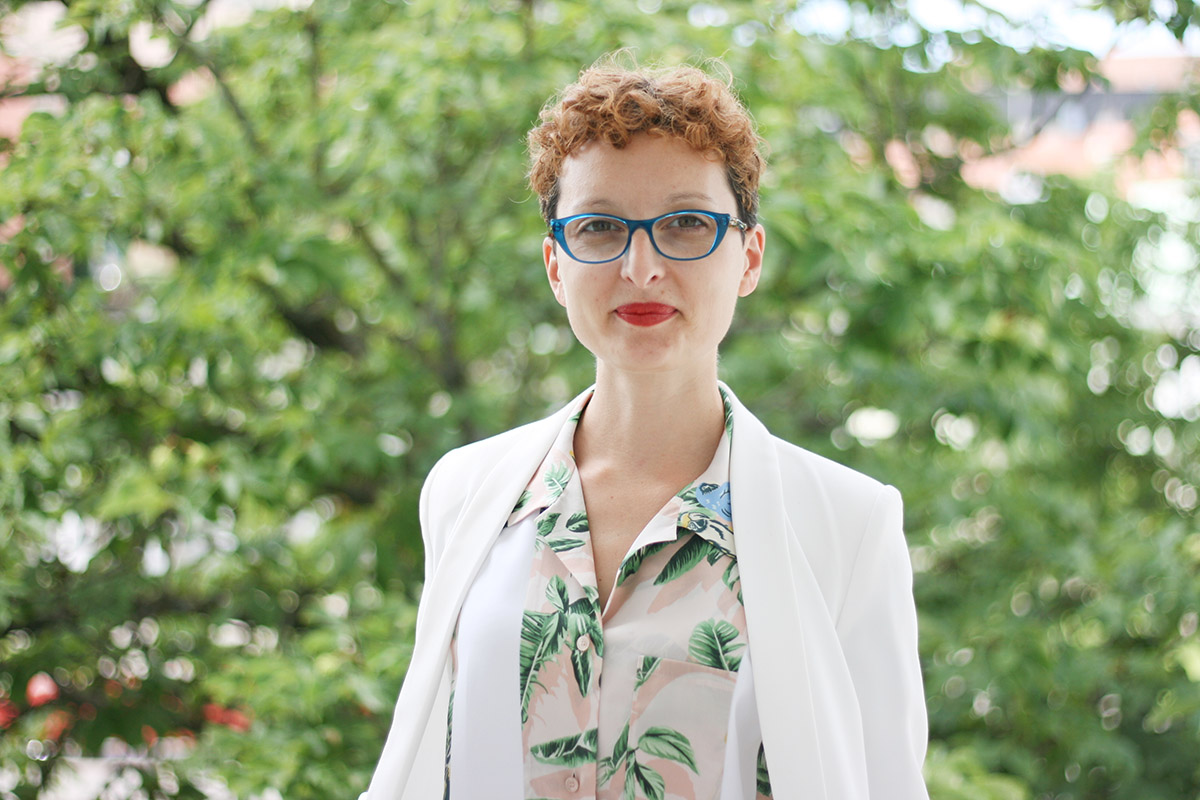 Lucia Pietroiusti is curator of General Ecology at the Serpentine Galleries in London. Recent and upcoming projects include the long-term General Ecology Project, Back to Earth (the Serpentine’s 50th anniversary program dedicated to the environment), as well as Sun & Sea by Rugilė Barzdžiukaitė, Vaiva Grainytė, and Lina Lapelytė. 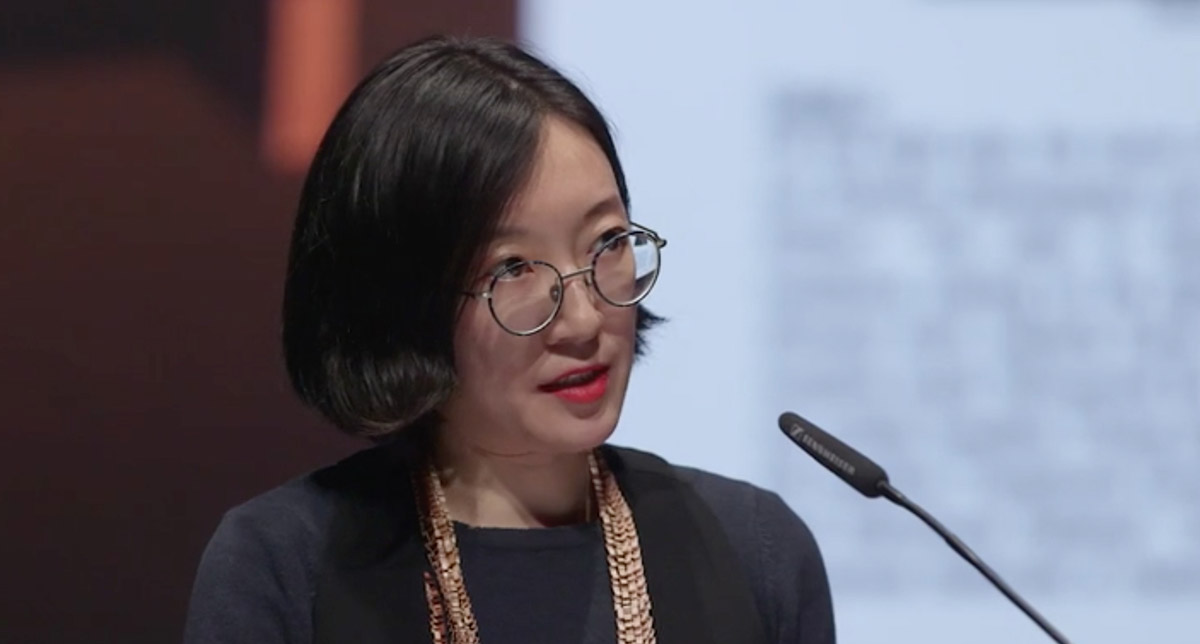 YOU Mi is a curator and researcher at the Academy of Media Arts Cologne. Her inter- ests focus on performance philosophy, science and technology studies, as well as new and historical materialism. She works with extremely ancient and futuristic technologies and networks. 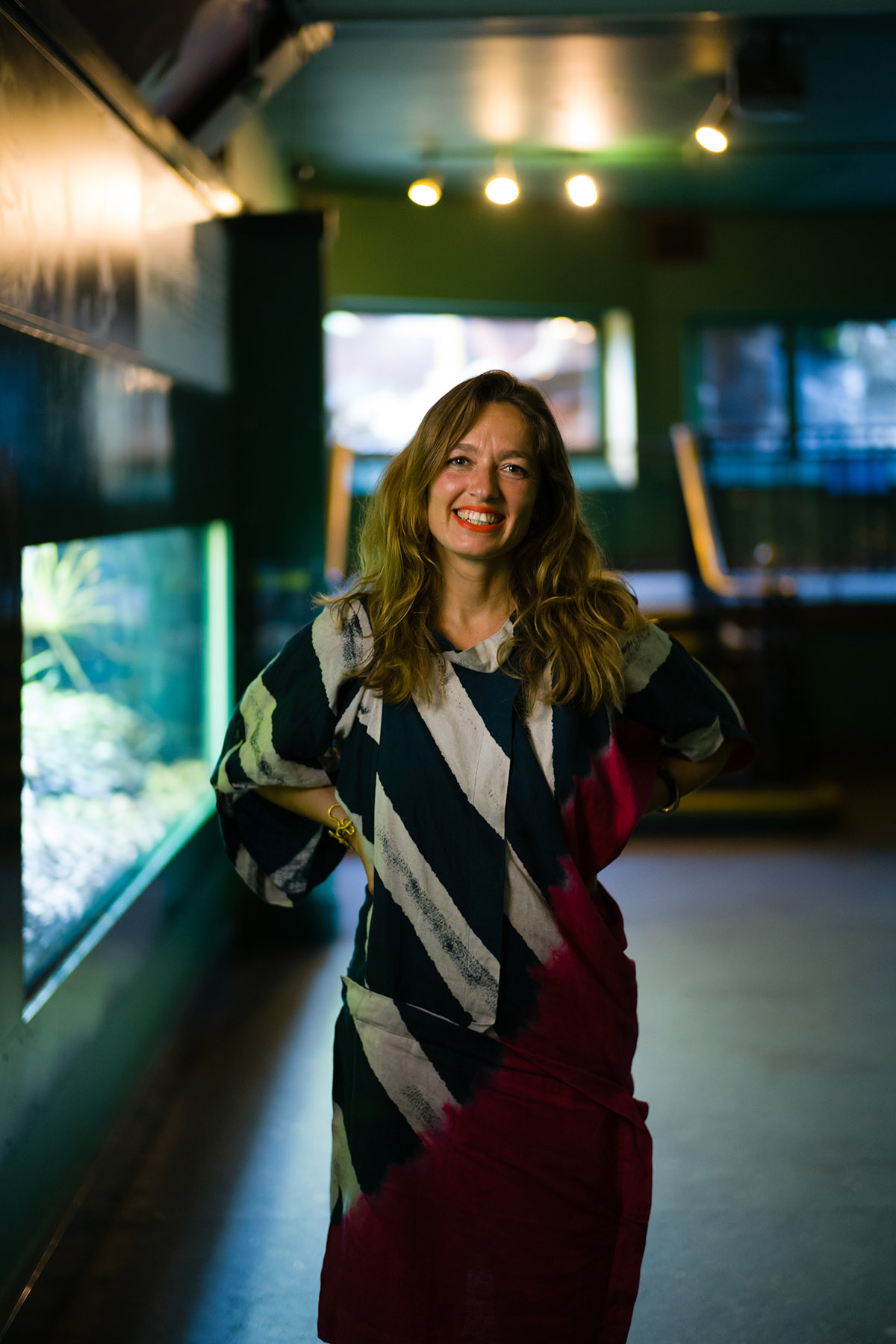 Filipa Ramos is a writer, lecturer and curator based in London. She is curator of Art Ba- sel Film and co-founder of the artists’ cinema, Vdrome. She is a lecturer at Central Saint Martins and Basel’s Institut Kunst. Ramos’ research focuses on how art responds to environmental topics and fosters relationships across humans, non-humans, and machines.