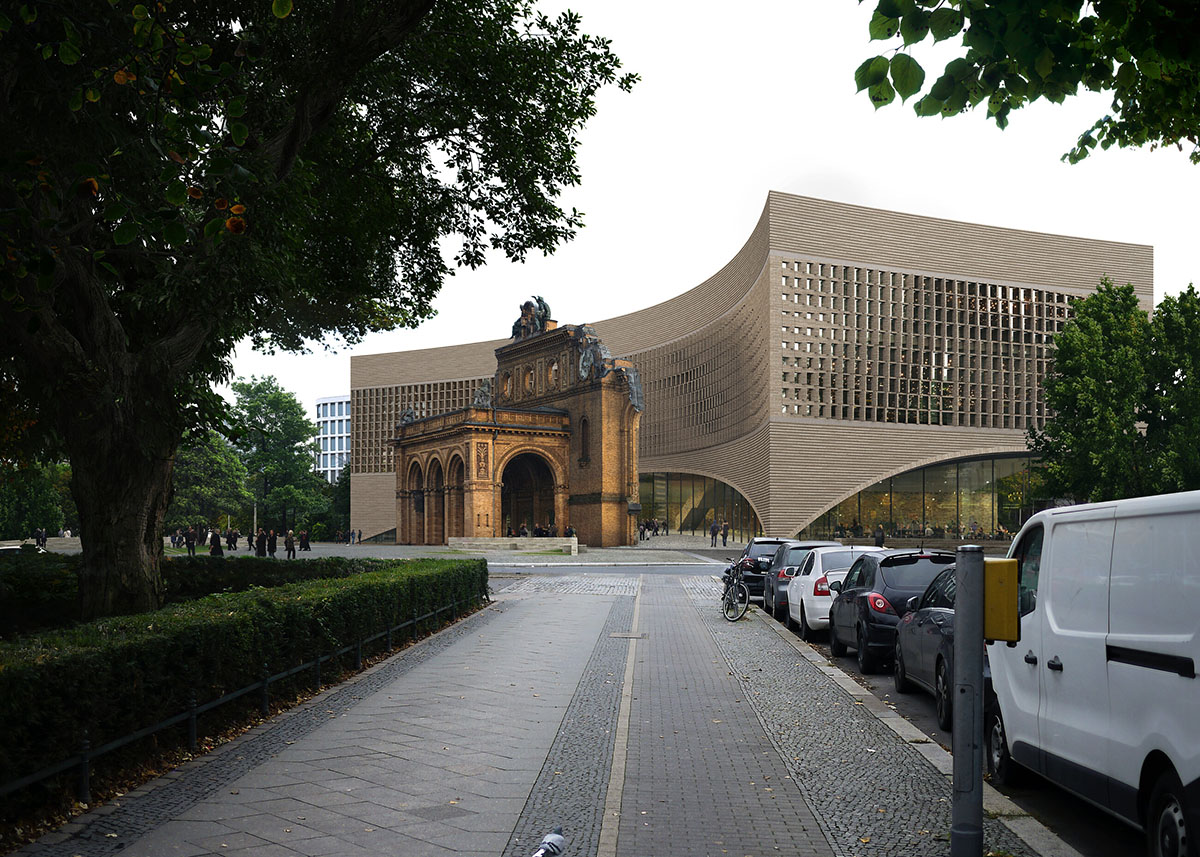 The new 6,300-square-metre museum will be built adjacent to the ruins of the historic railway station Anhalter Bahnhof in Berlin where thousands of people fled in exile during the Second World War.

Beating the top architectural offices in the competition, including Nieto Sobejano, SANAA and Diller Scofidio + Renfro, Dorte Mandrup's design proposes a strong identity and relation to the portico ruins of the former Anhalter Bahnhof on Askanischer Platz that today stands as an important monument and symbol of all those driven into exile during the Second World War.

The new museum will tell the stories of the many who fled during the Nazi regime and at the same time look at the present where over 65 million people are displaced from their homes. 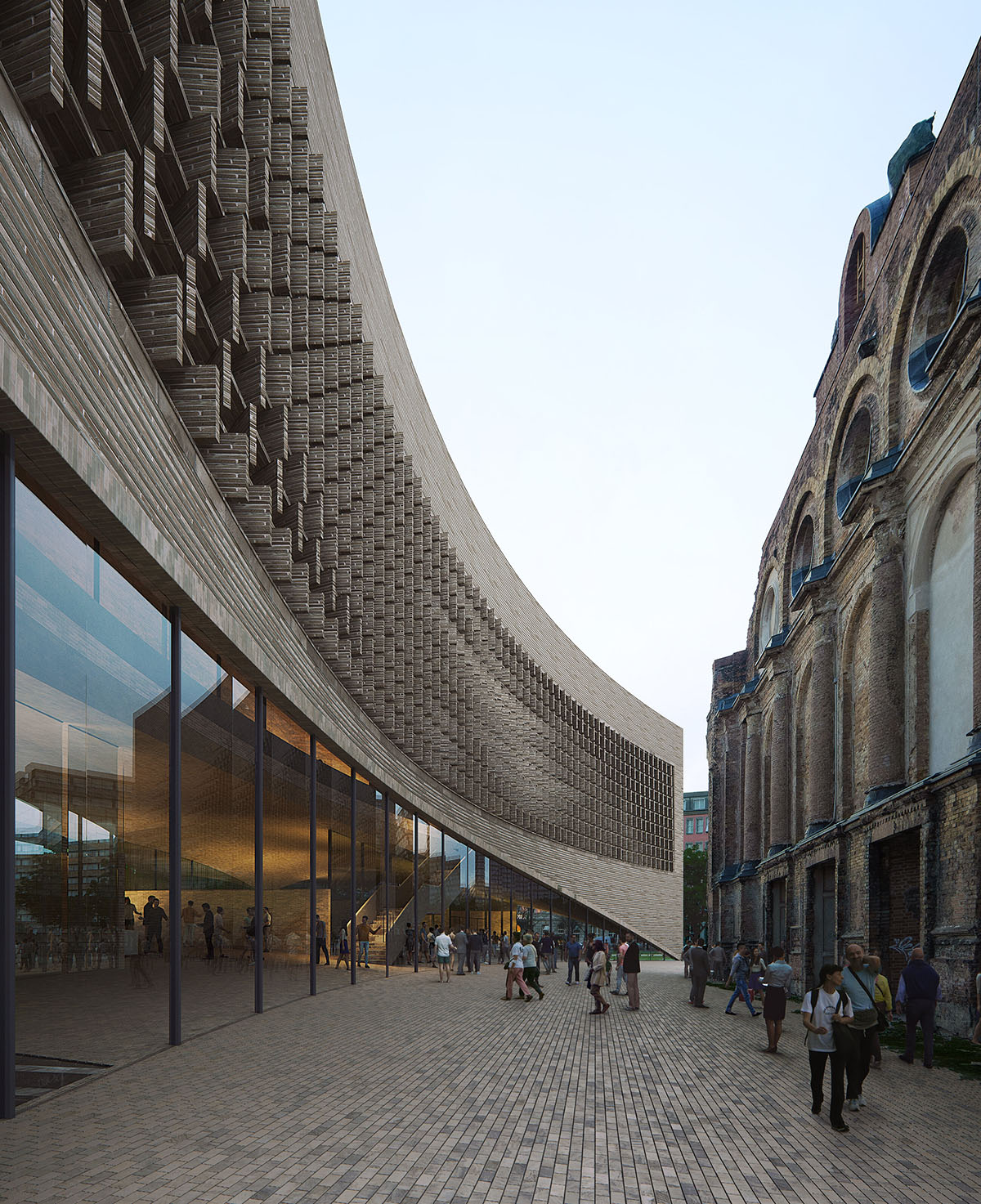 "It is absolutely fantastic to beat the best architecture studios in the world, but the most fantastic thing is to be part of creating a place where the understanding of exile is being illuminated," said founder and creative director Dorte Mandrup.

"It has never been more pressing than today where more than 65 million people are driven into exile."

The project will focus on the experience on the human exile, genocide and expulsion which will expand the issue with current movements of refugees and migrants that sharpen the public’s sensitivity and the studio will create a new place why also German history is being reexamined.

The Exilmuseum’s core project will address the years from 1933 to 1945, but it will also keep an eye fixed on the present, bridging the gap between the Nazi-era exile and exile in our own times.

"The overarching issue is the human experience of exile, which unites stories of exile from different eras and places," said the studio.

"To engage with the topic of post-1933 exile is, above all, to encounter human stories of extraordinary drama. It is crucial to remember what that era’s refugees suffered as well as what they achieved, not least because it sheds light on the present and on a future increasingly marked by the flow of migrants," said Prof. Dr. Christoph Stölzl, Founding Director Exilmuseum Berlin, writes in the foreword of the competition brief. 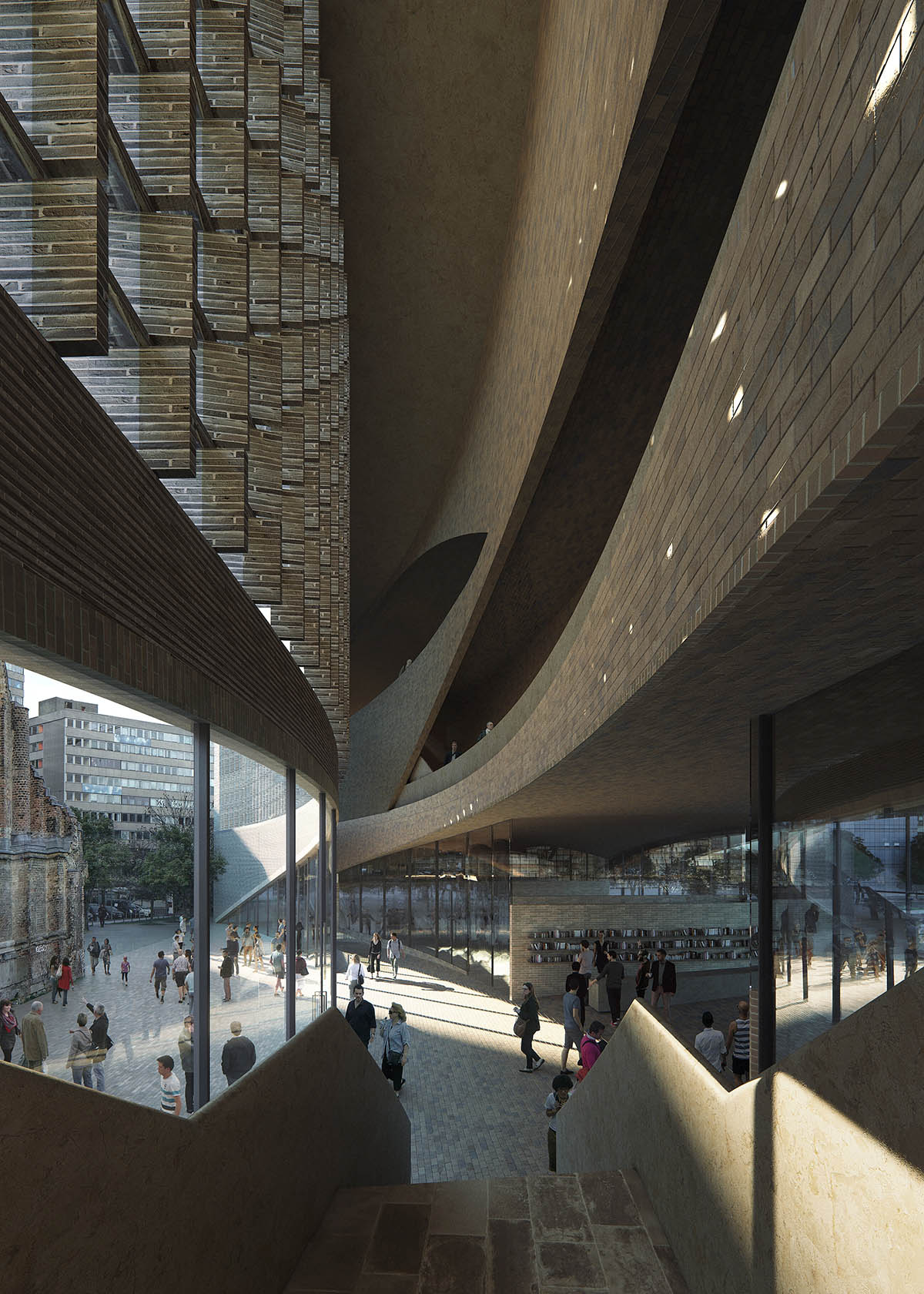 The museum will house a permanent exhibition and special exhibitions as well as education facilities and a restaurant. A public space will be free and open to all that is devoted to the history of the enormous railway station that once stood on it.

"Today its magnitude can only be experienced by the ruins of Anhalter Bahnhof, one of Berlin’s most important architectural monuments," the firm added.

In addition to providing historical facts and contextual analysis, the museum will also present many individual biographies of exiled people, tracing their labyrinthine, tragic, and astonishing life paths. It will put less emphasis on the display of material objects and instead work in a very media-intensive way with scenographically conceived spaces. This will give a more immersive experience of the concept of exile and the countless stories around it.

Costs for building construction and technical equipment are currently projected to be about 27 million euros, and the new museum is planned to open its doors in 2025.

Dorte Mandrup will closely work with Höhler & Partner and TOPOTEK1 from Germany along with the international engineering firm Buro Happold on the project.

The Stiftung Exilmuseum Berlin was established in 2018 as a civic initiative by Nobel laureate Herta Müller, former German President Joachim Gauck, and the art dealer and cofounder of Villa Grisebach, Bernd Schultz.