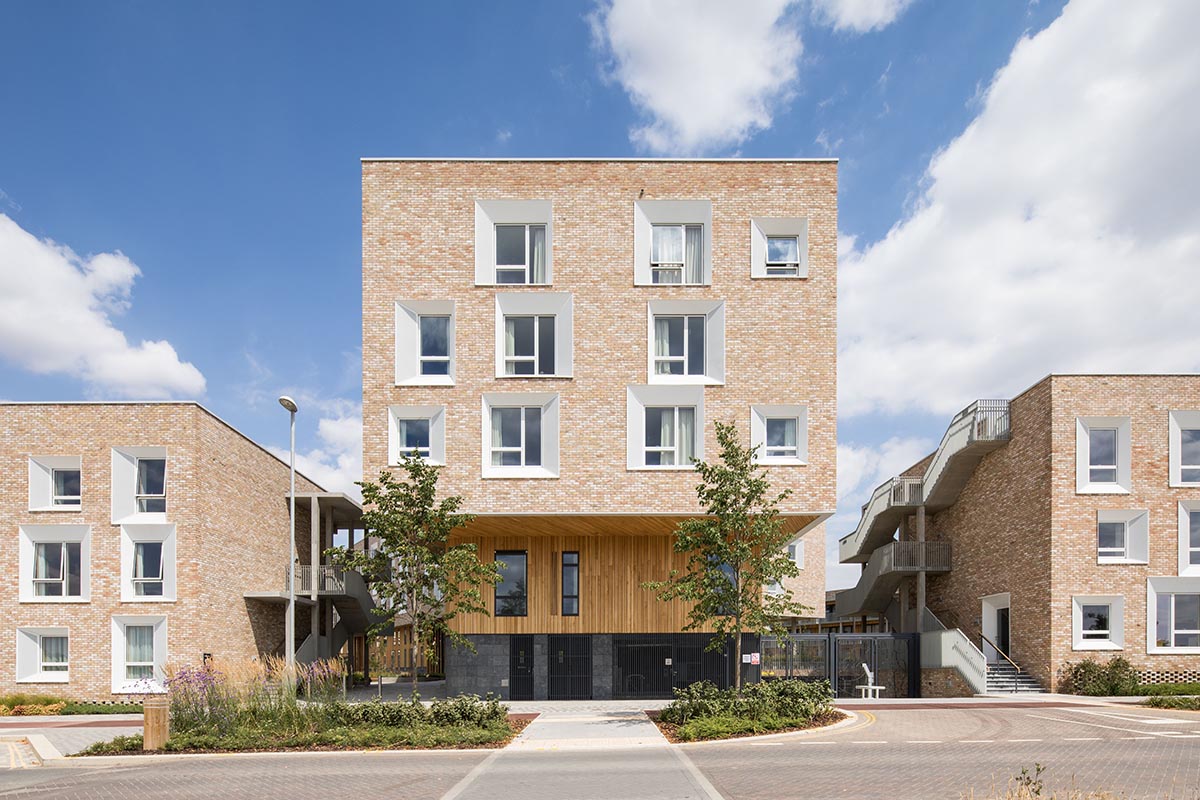 Mecanoo has transformed a 150-hectare site of University of Cambridge farmland into a community complex, including residential buildings, academic facilities, public amenities and open green space.

Mecanoo worked alongside NWCD to deliver 232 affordable housing units for researchers and key university employees. In response to the client's project brief, "creating a community" was a vital part of the brief, so the firm brought a new interpretation of the public and private realm in this project. 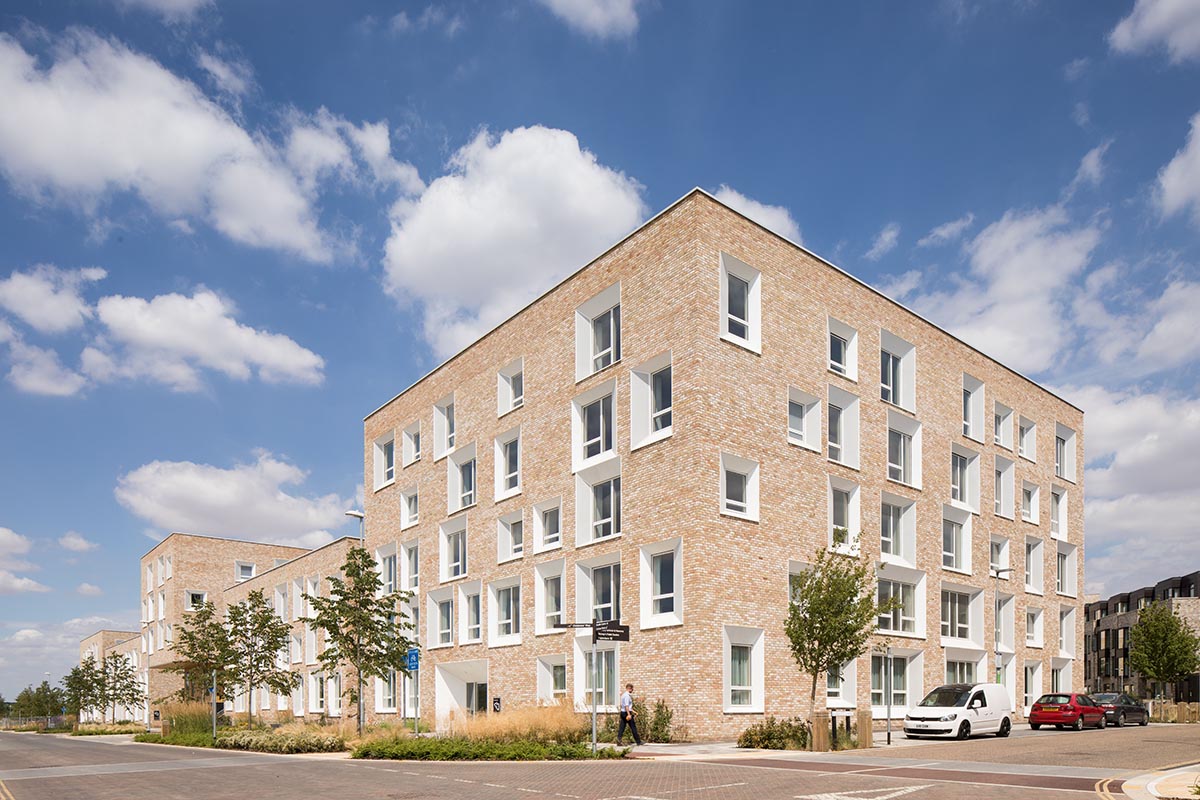 "Cambridge is a city contextualised through the layering of architectural inventions over the centuries. This has resulted in a unique composition of urban space, architecture and landscape," said Mecanoo.

Mecanoo’s design adds a new layer to this, building upon the rich traditions and collegiate character of Cambridge. 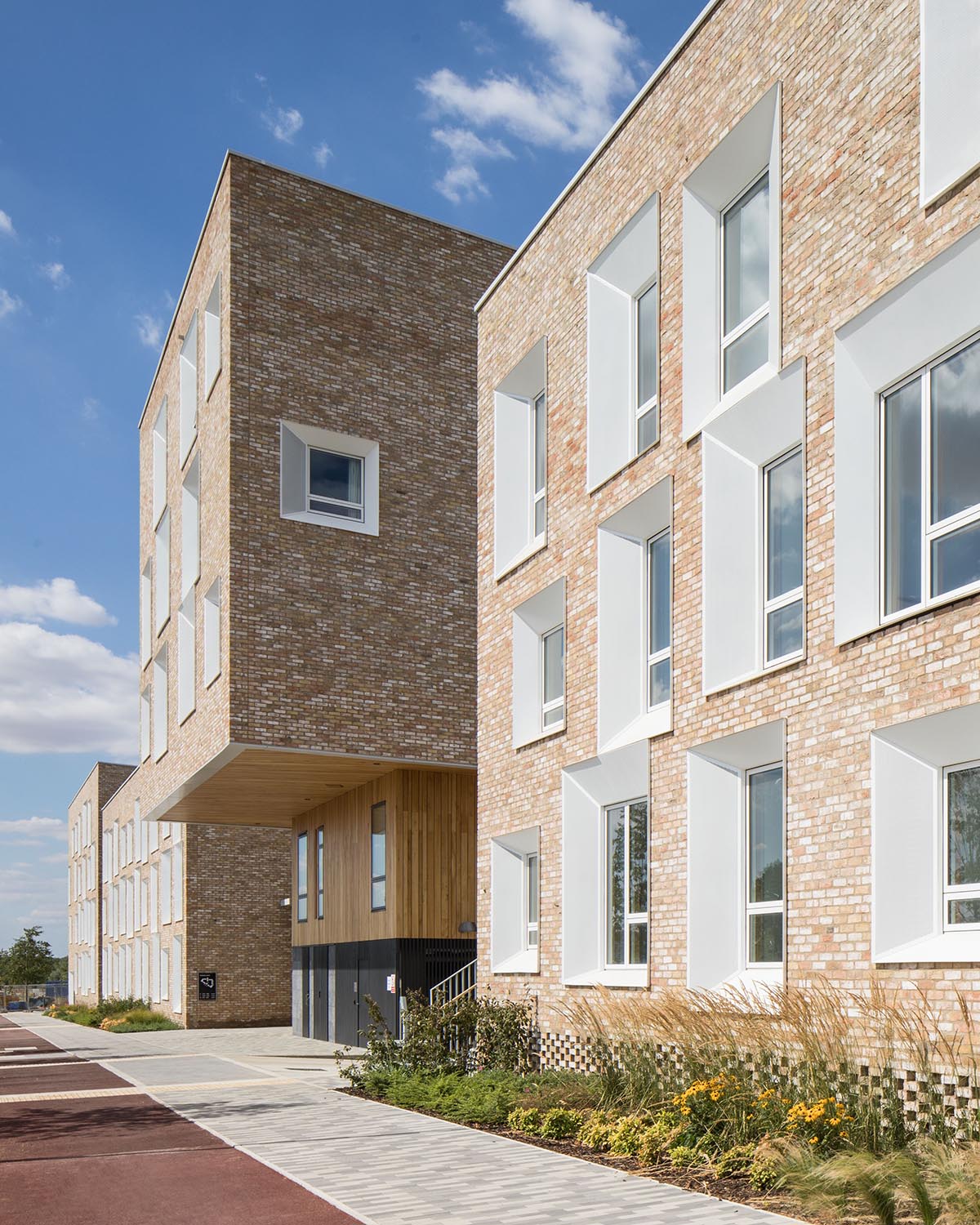 To create a strong sense of community the relation between the public and private realm has been carefully reconsidered. The characteristic Cambridge variation of enclosed and open spaces, alternating between formal and informal groupings of buildings, is a departure point for the design that activates the courtyards and creates different connections between the dwellings and the communal area. 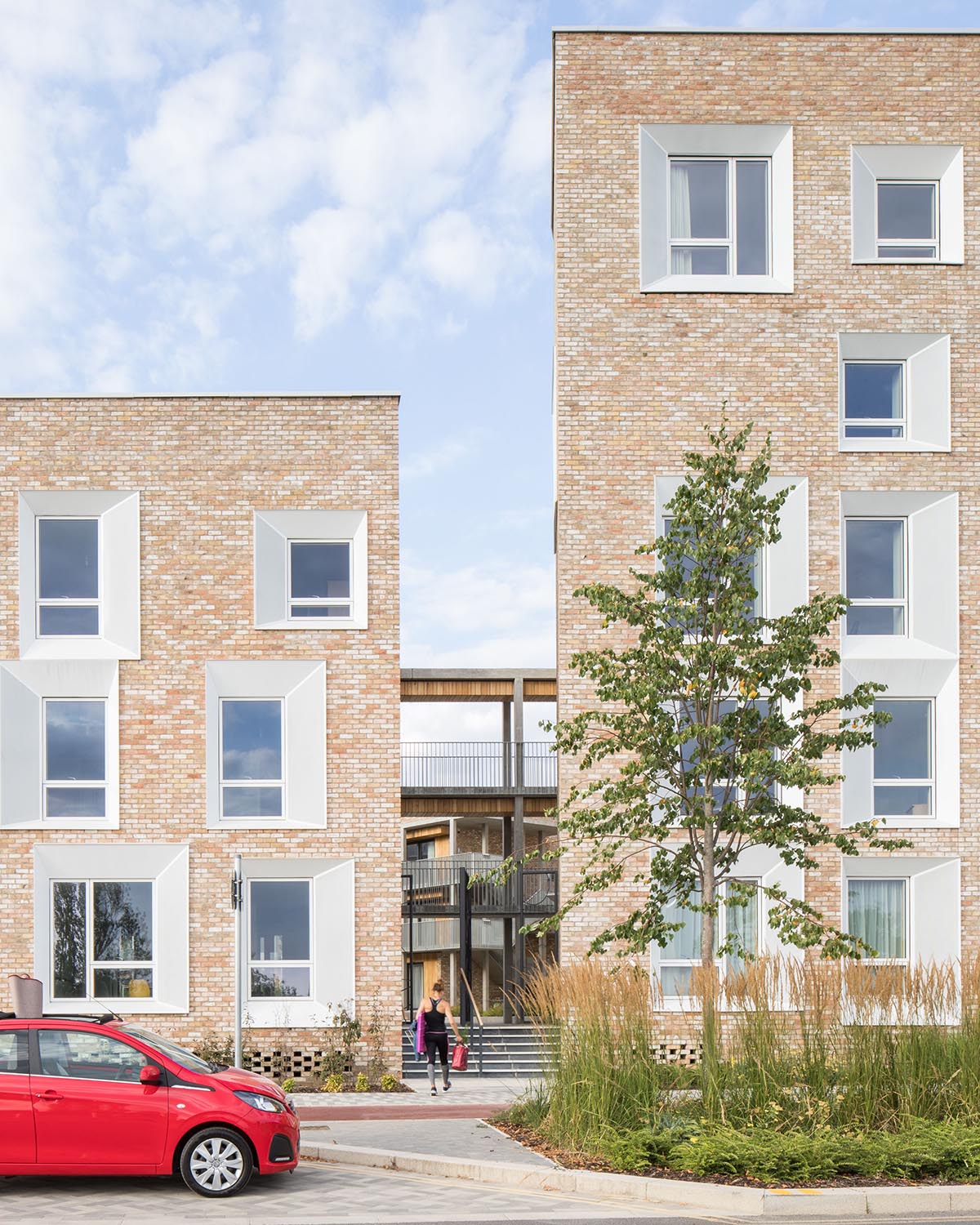 The two internal courtyards with lawn, flower fields, raised decks, planters, fruit trees and urban furniture are sheltered by galleries forming covered outside community spaces. Apartments are grouped around spacious central halls flooded with daylight, all leading to the courtyards. 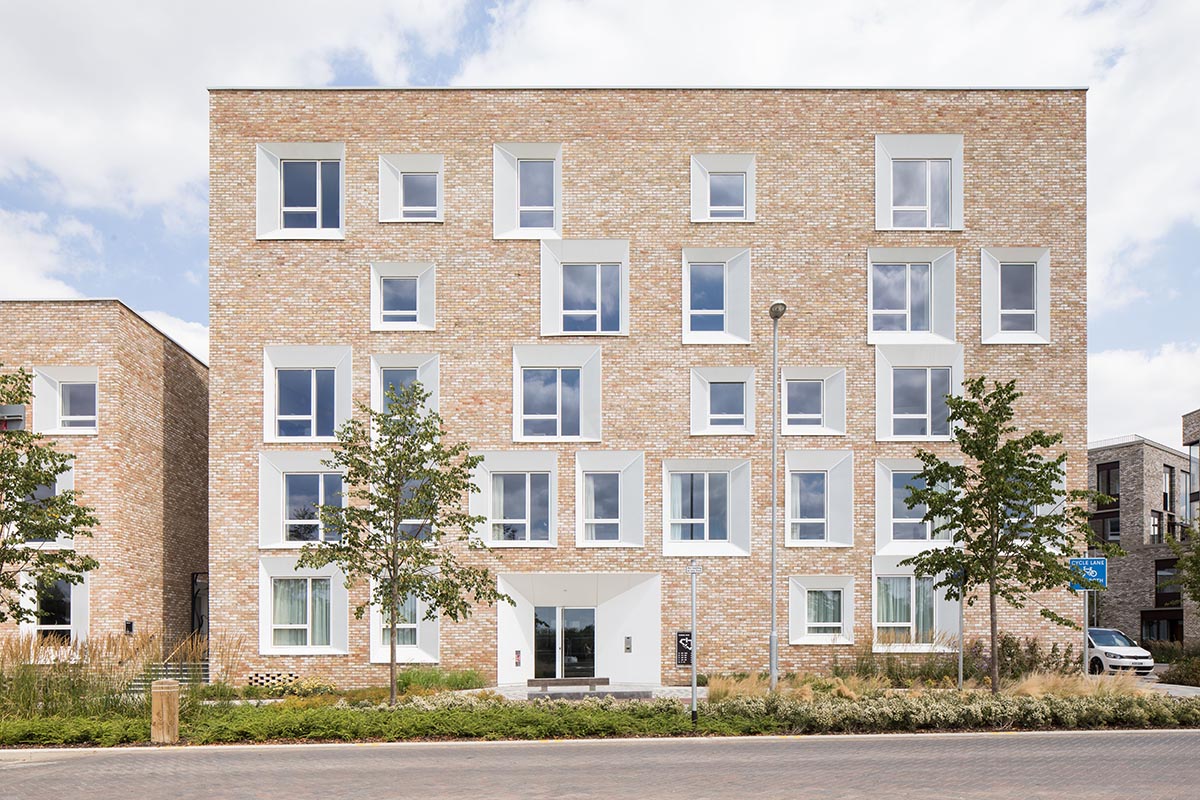 Locating the community facilities along the public route through the block facilitates the development of a communal identity, whilst reaffirming that sense of being part of a much larger academic collective. 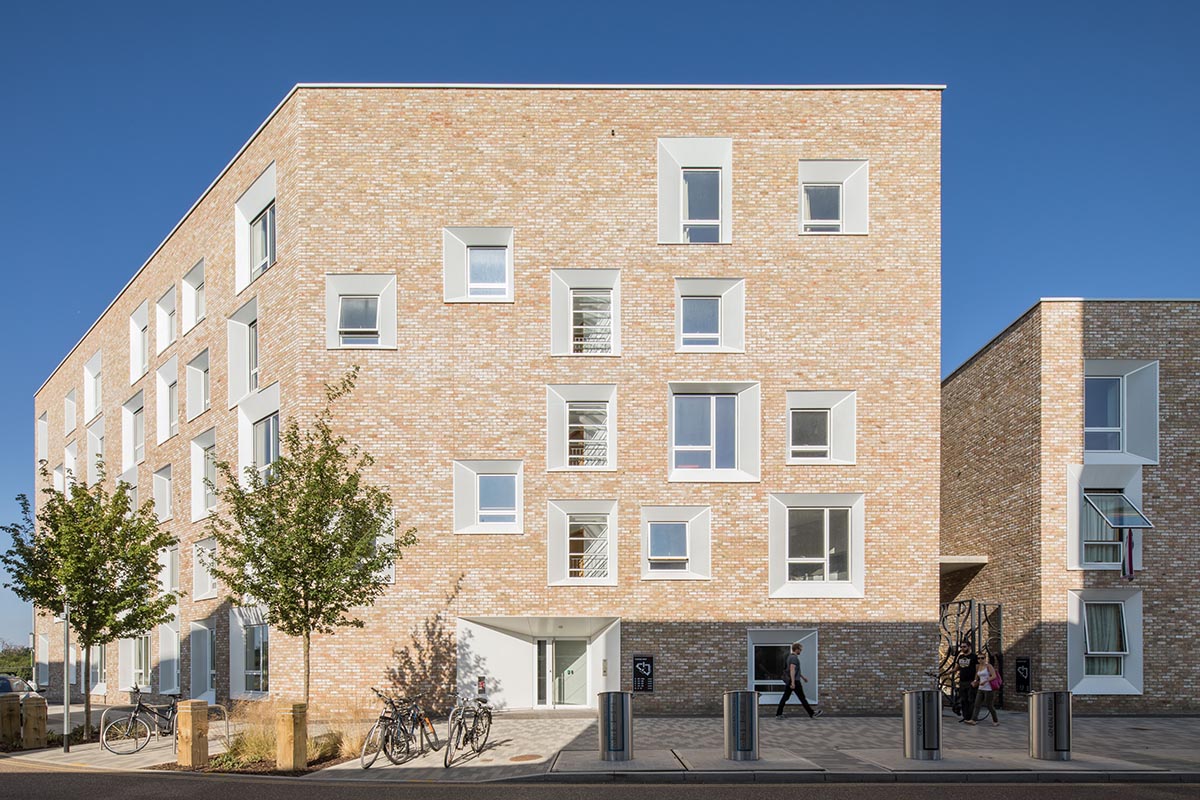 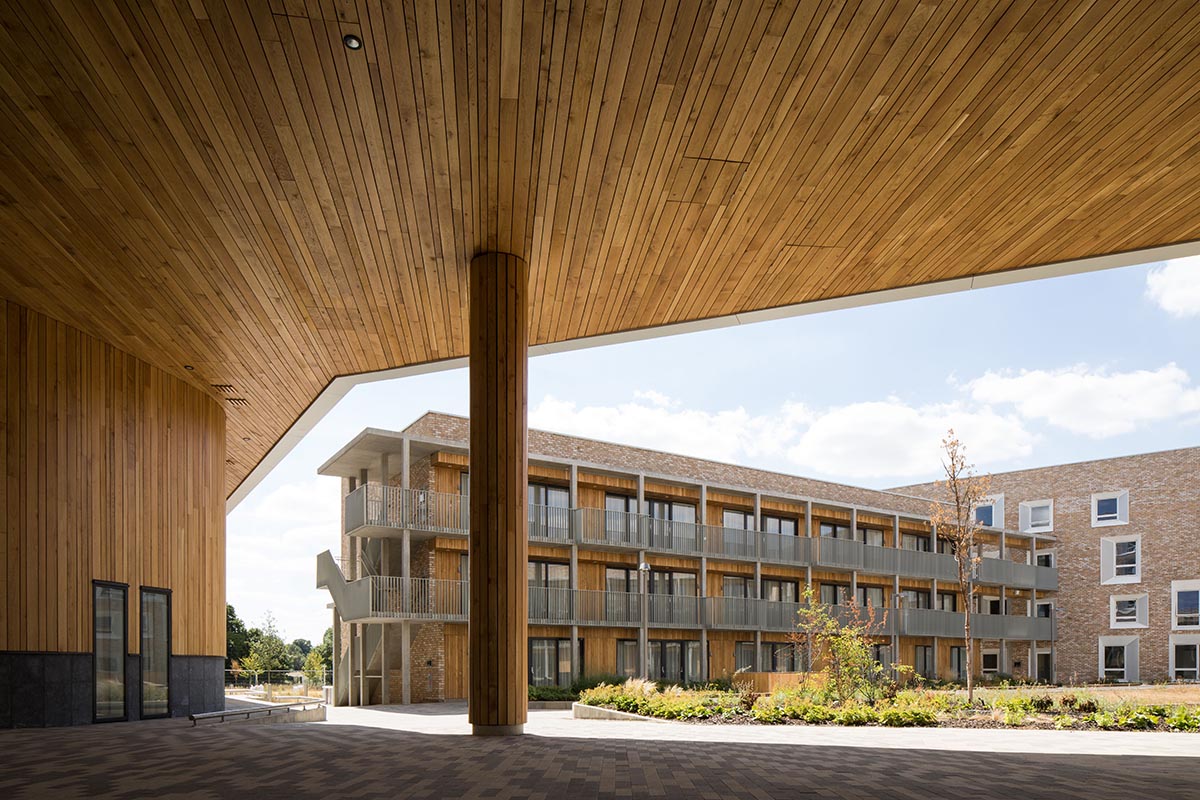 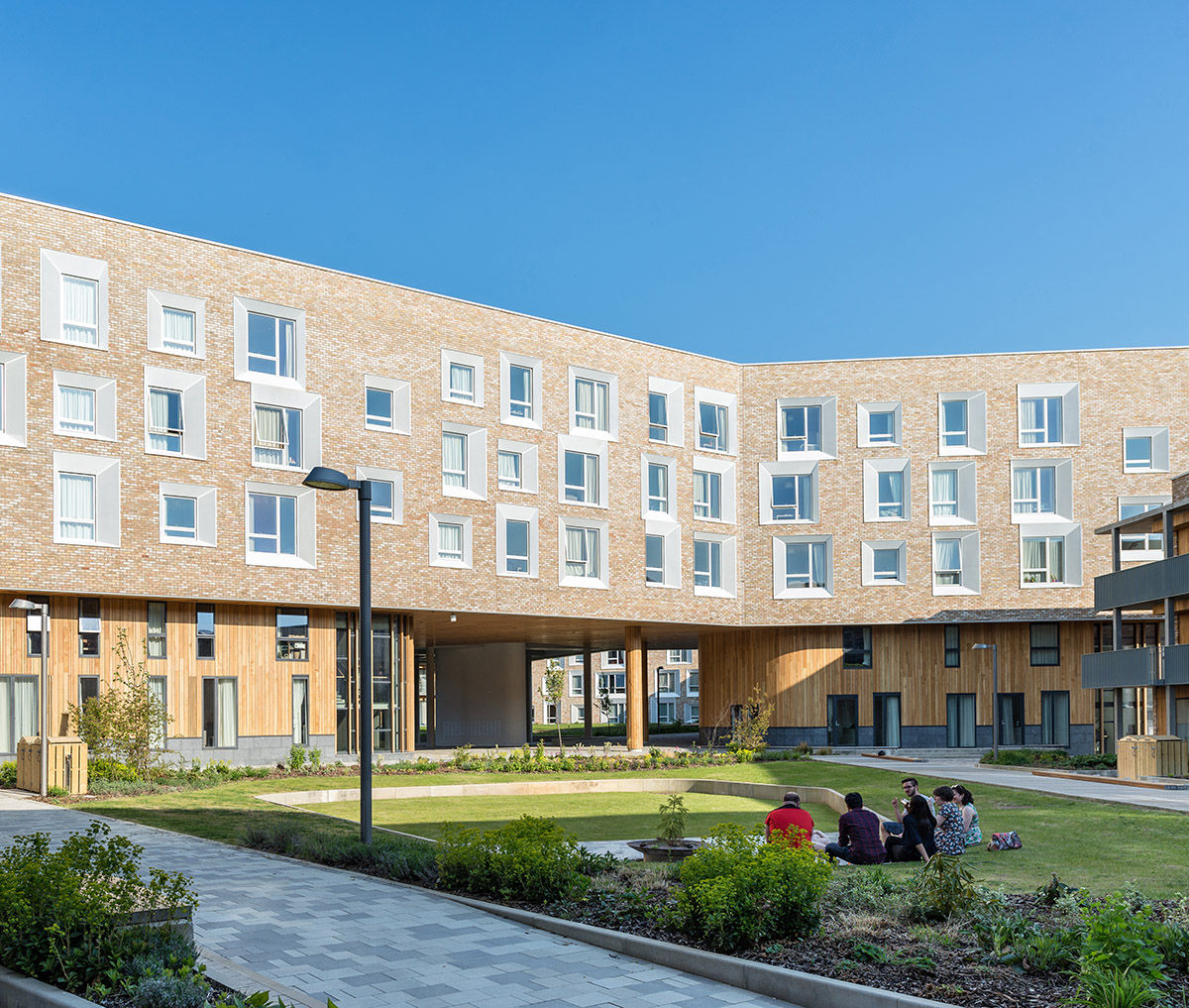 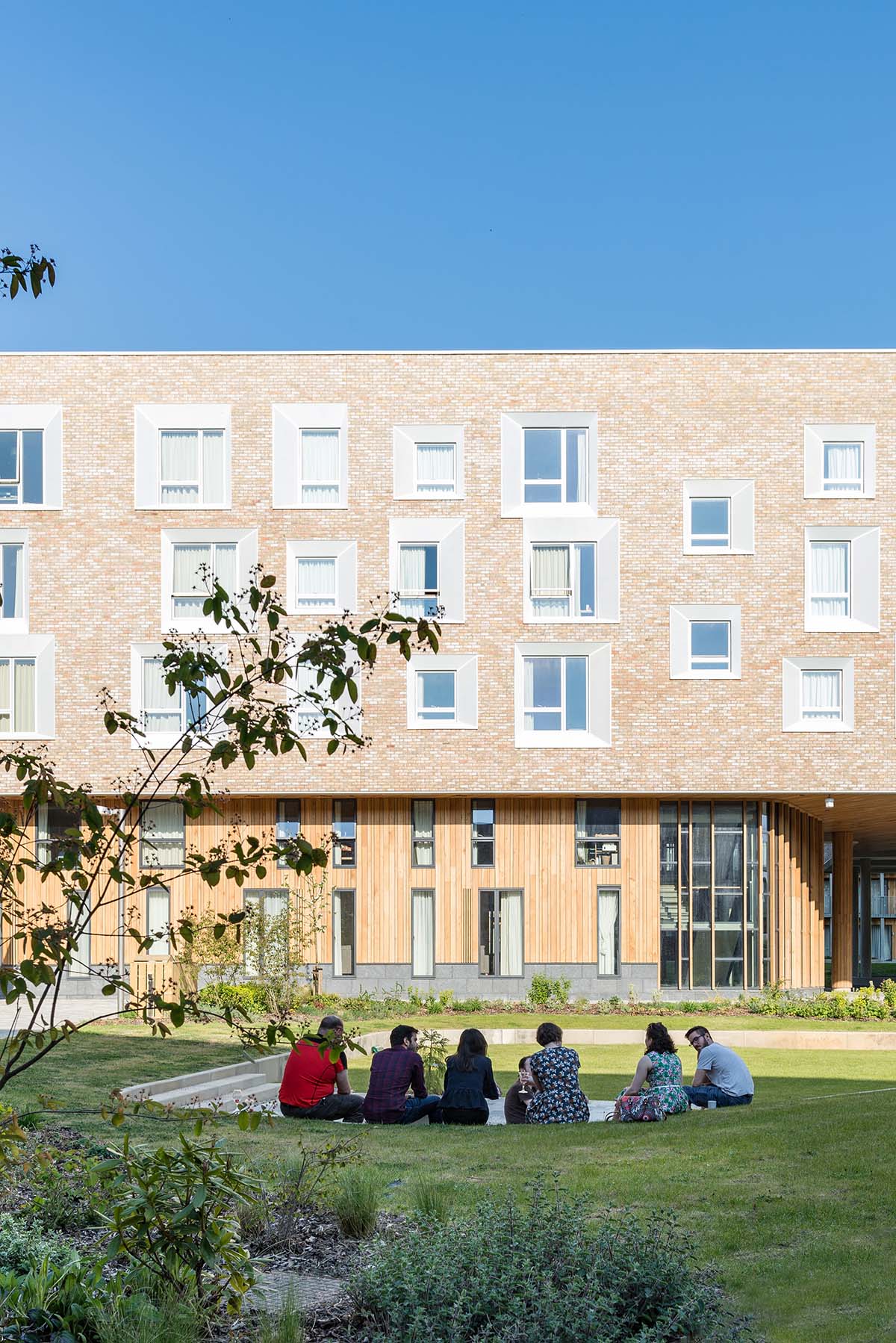 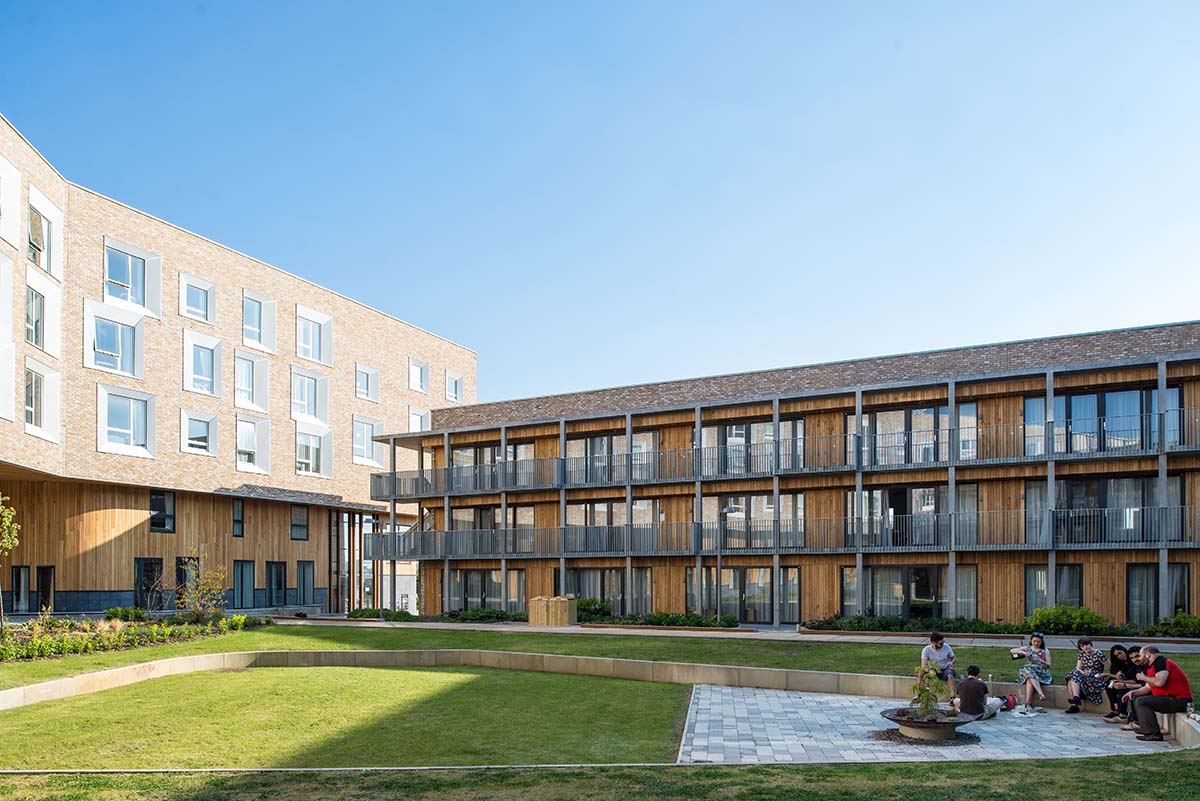 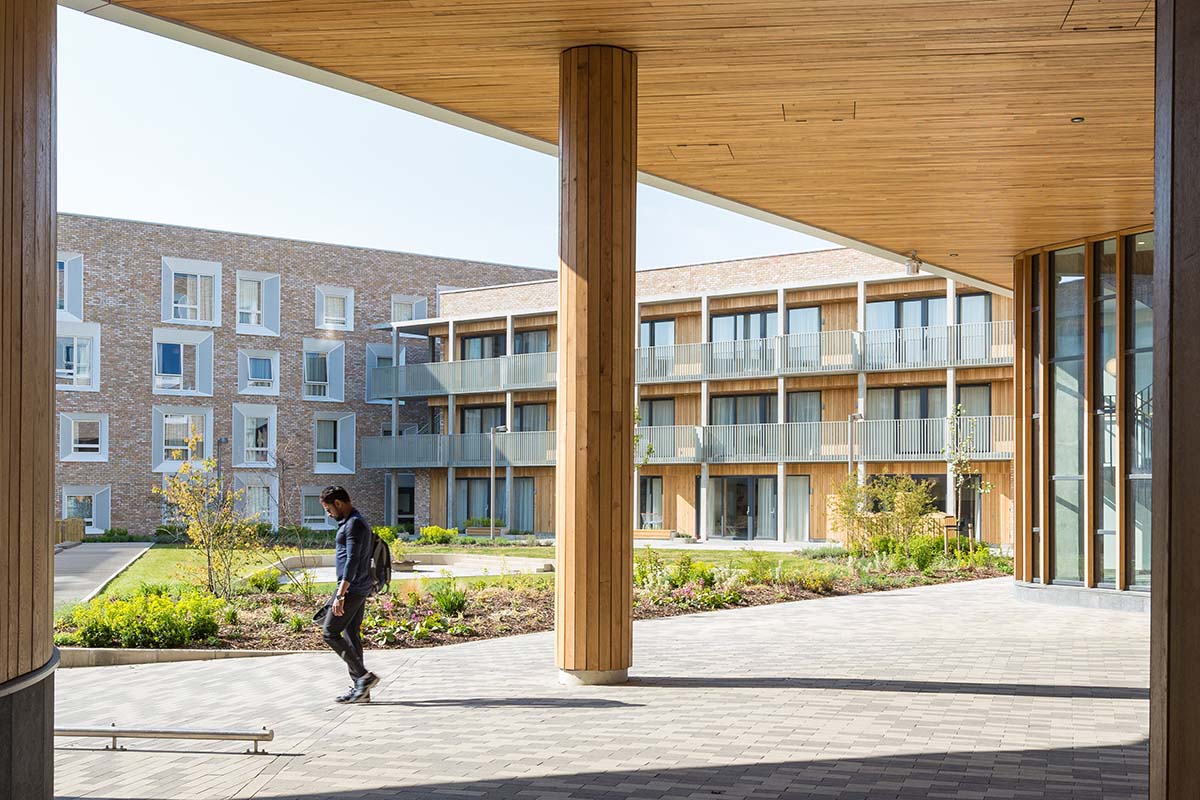 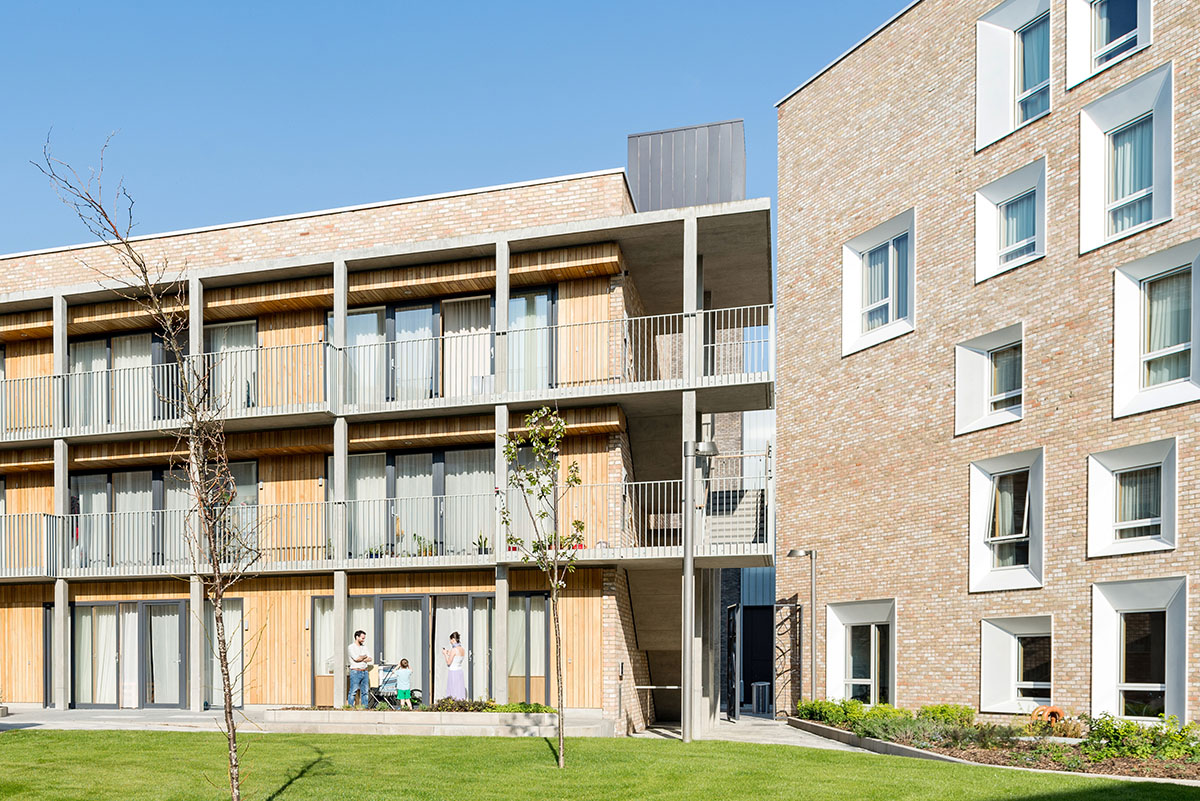 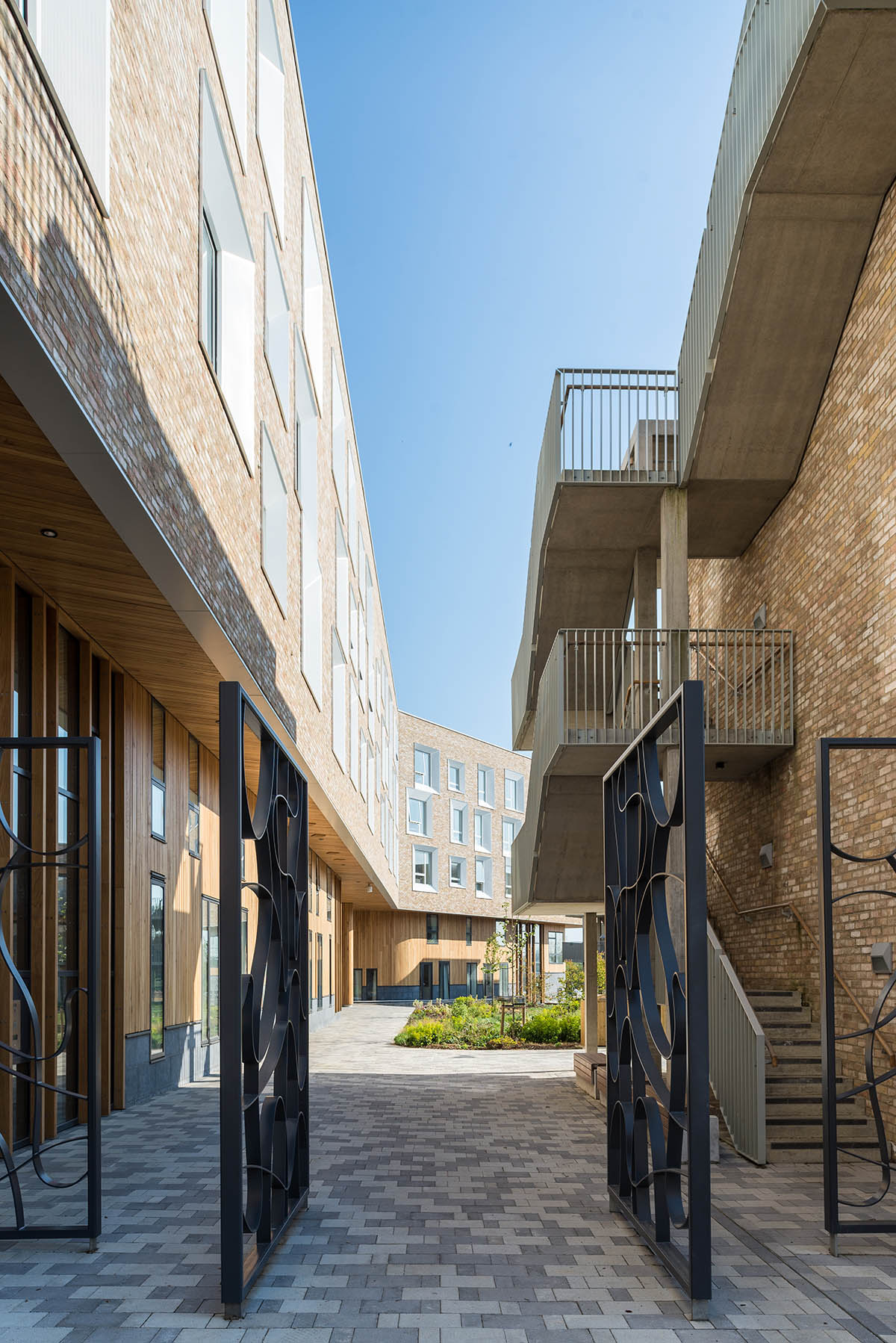 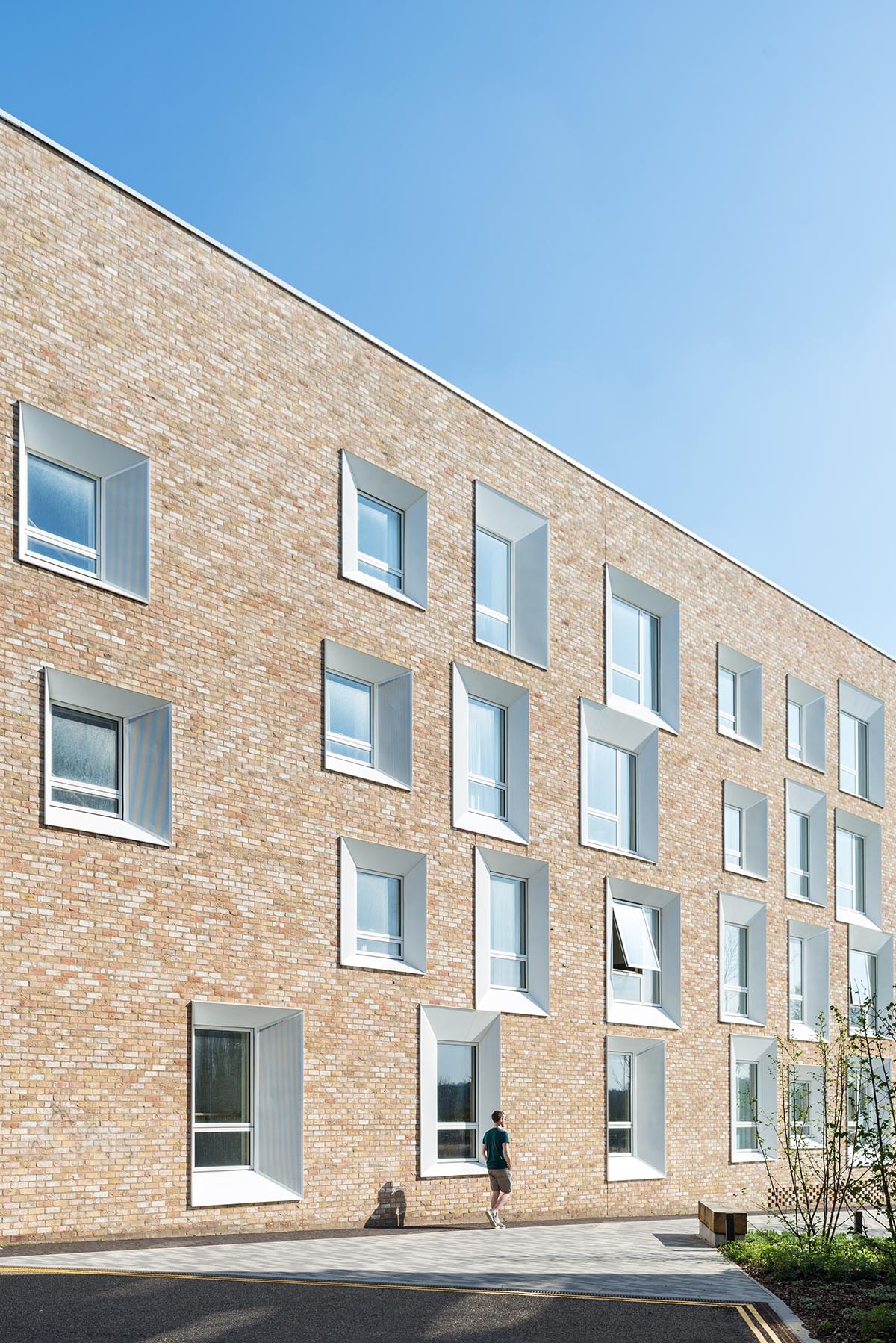 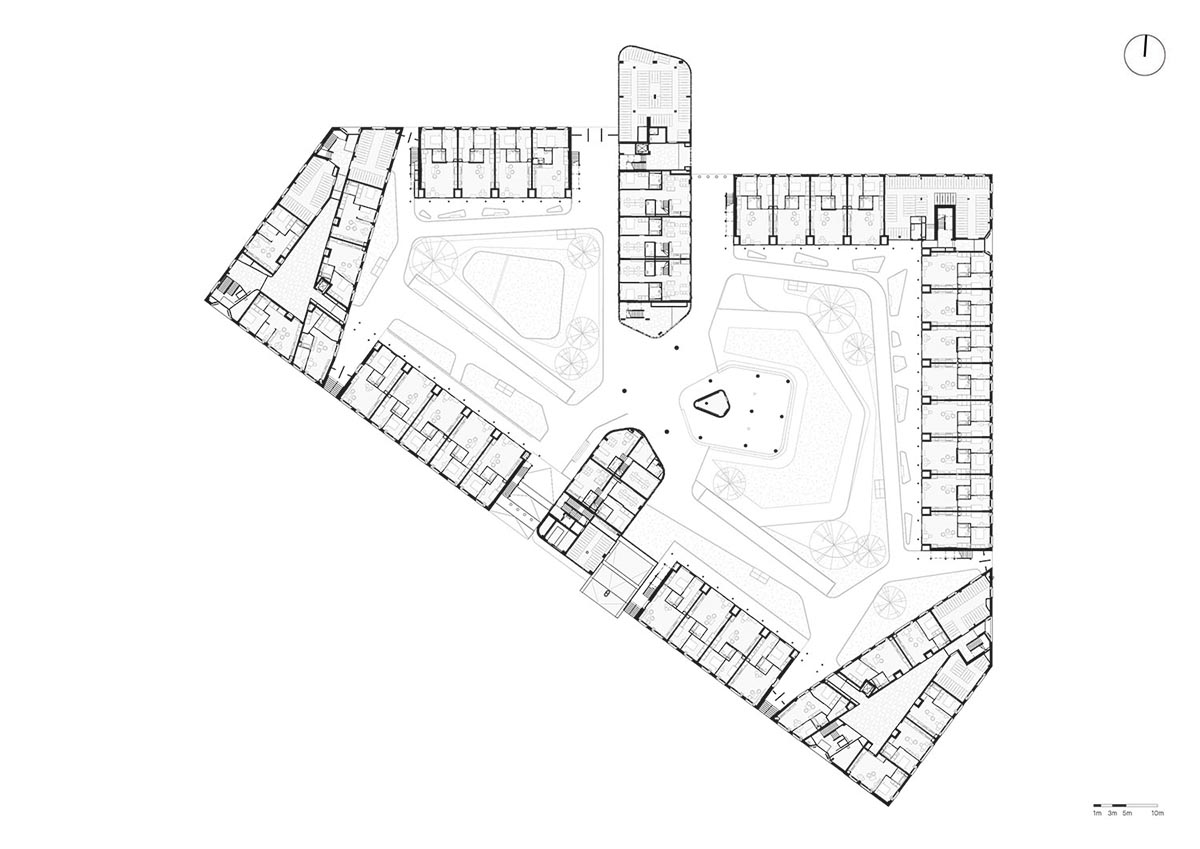 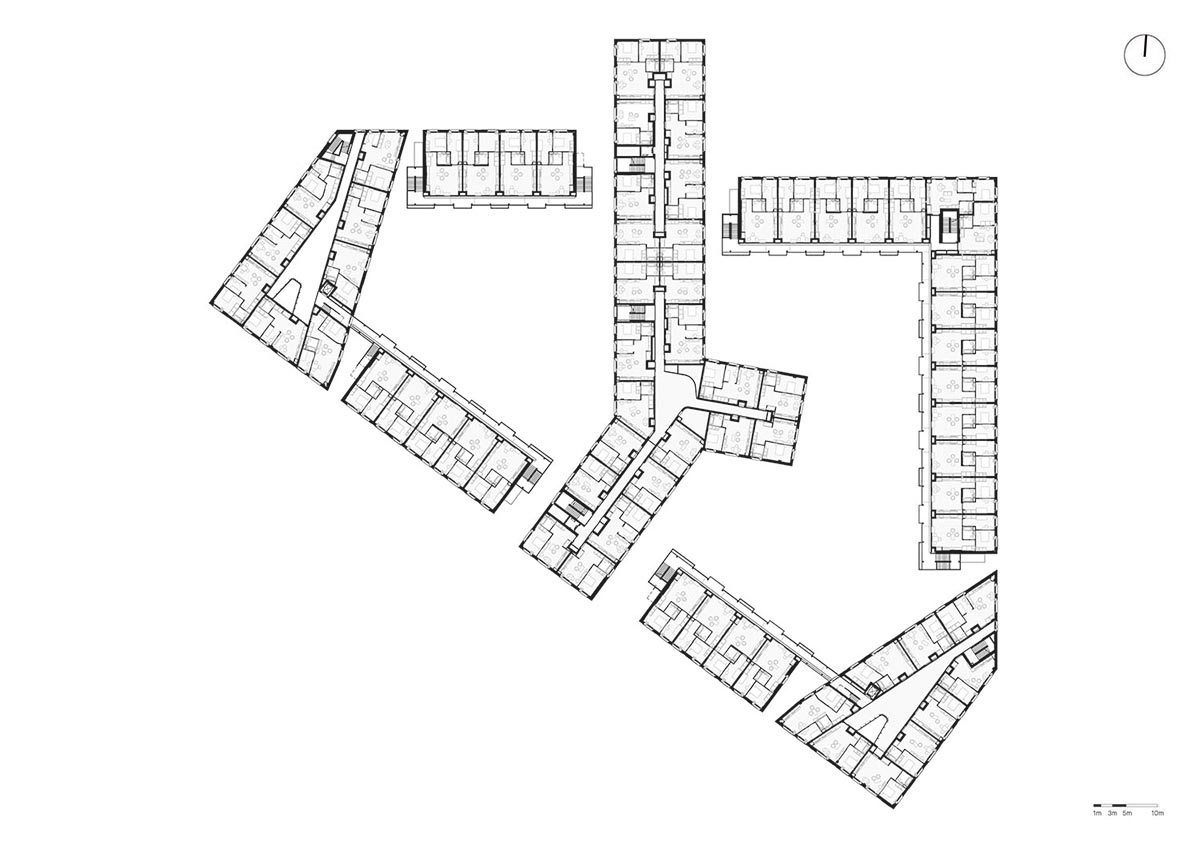 All images © Mecanoo unless otherwise stated.