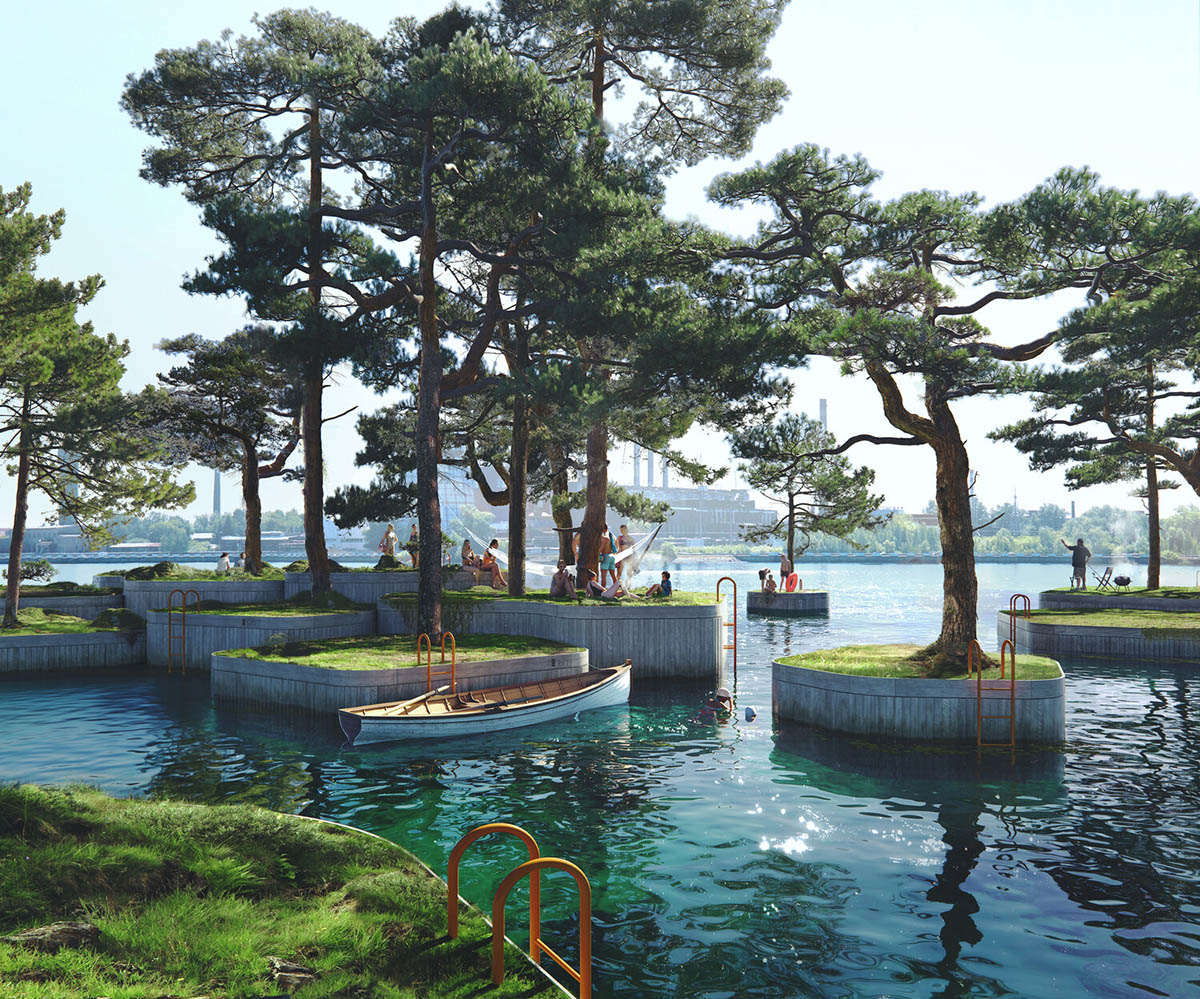 Australian architect Marshall Blecher and Danish architecture practice Studio Fokstrot have unveiled design for a new type of urban space for the harbor of Copenhagen, Denmark.

Called Copenhagen Islands, a group of floating islands, also named as "parkipelago", are aimed to create endless possibilities for fun activities and daily exploration to be built on Copenhagen's harbor.

The islands will be dispatched on suitable locations around the inner harbor, but also find their way to more forgotten and underused corners of the harbor, catalyzing life and activity. Hopefully giving back a little bit of space for whimsey and wonder to the old industrial harbor sides. 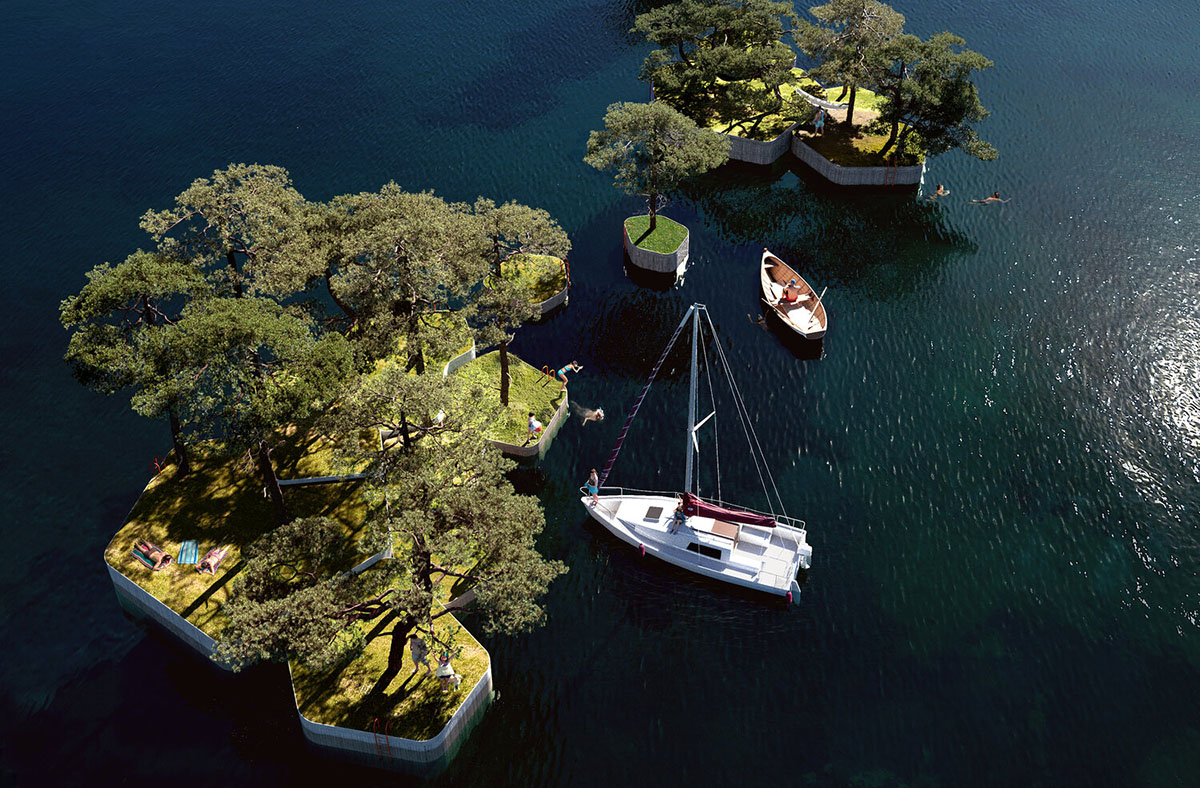 The prototype of CPH-Ø1 island was already launched at sea in 2018. A small CPH-Ø1 island covers a 20-square-metre hand made wooden platform with a linden tree at its centre. Three more island will be added later this year.

The new "parkipelago" islands will be named CPH-Ø2, Ø3 and with many more. The floating structures will serve as platforms for different activities - swim zones, floating saunas, floating gardens, floating mussel farms and a floating sail-in café.

All of them will be free to be explored by the increasing number of kayaks, sailors, GoBoaters, tourists and fishermen in the harbor. 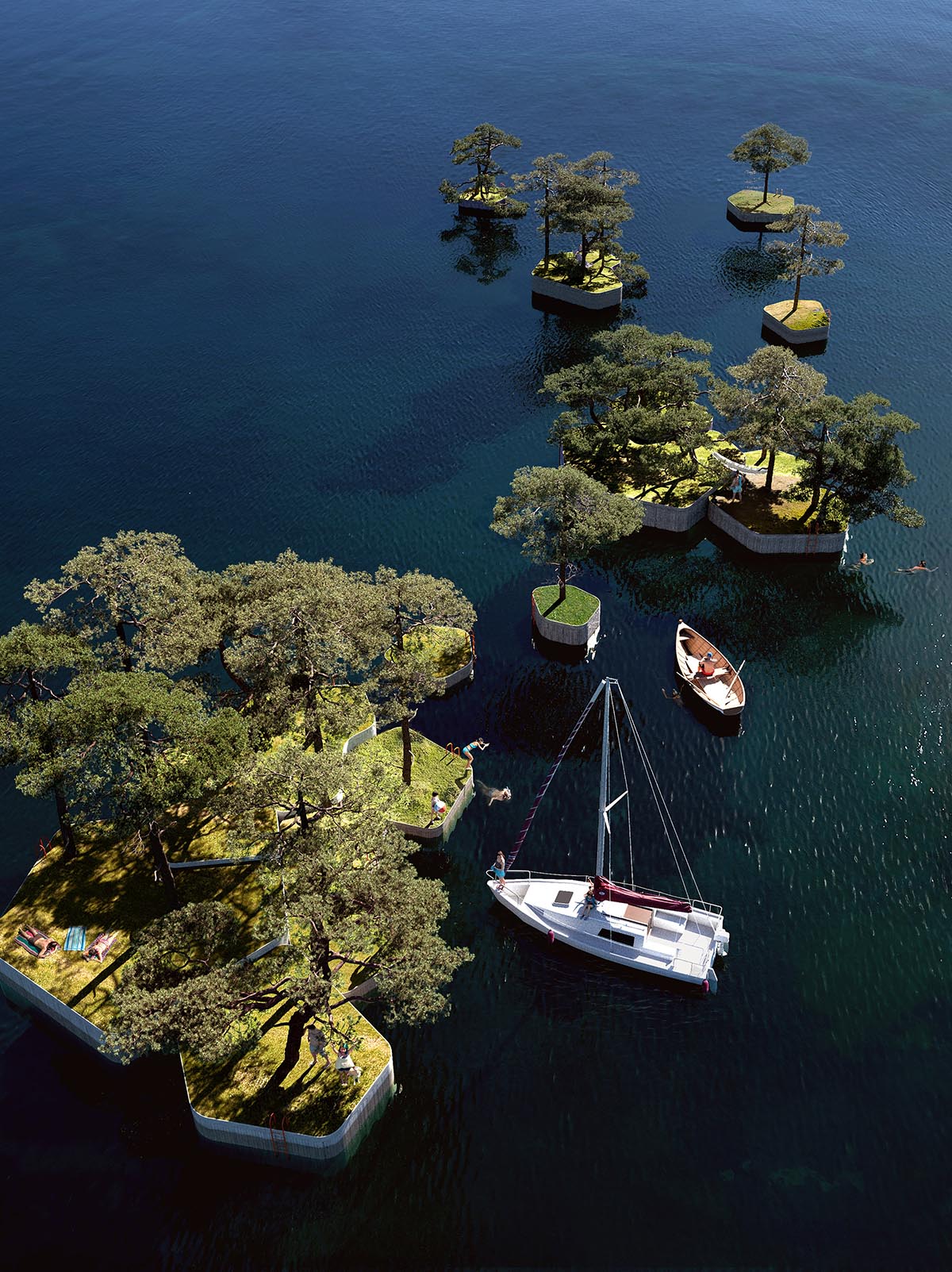 "During summer the islands can be distributed to unused parts of the harbor, serving as an adventurous escape for the increasing amount of kayaks, sailors and general users of the harbor coast line," reads statement in the website.

"During winter and for special events or festivals, the islands can be brought together as a super-continent, creating a cluster more easily accessed from the harbor side."

"The intention is to renew the proud traditions of the Danish harbor life, by strengthening the social cohesion and awareness of the maritime life in, and around the harbor," said Studio Fokstrot.

"The activities and functions of each island are flexible, depending on its position in the harbor and the time of the year. The users of the islands are dictating the actual use of the island, and what functions to have," the firm added. 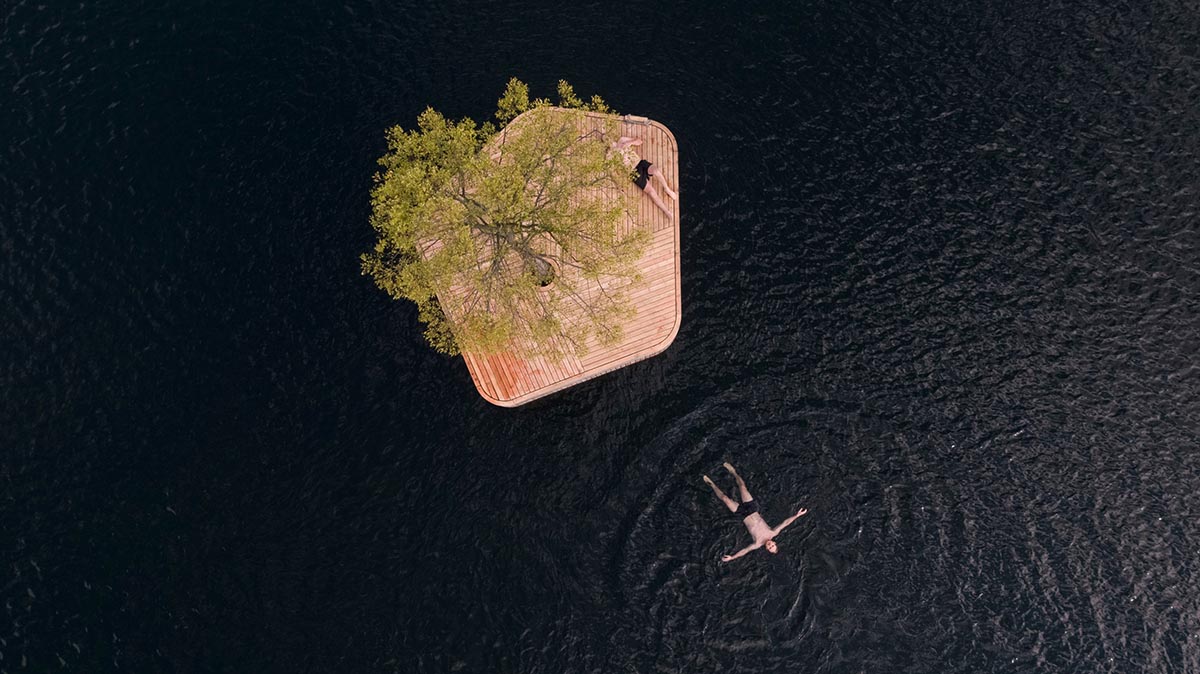 "The project, as a concept, is launched to create a stronger focus on an improved harbor environment, the global climate changes and the increased water levels – some of the biggest problems the world is facing today."

Parkipelago islands are also aimed to serve for a new habitat for wildlife both above and below the surface. In winter times, or for special events or festivals, the islands can be brought together as a super-continent, creating a cluster more easily accessed from the harbor side. 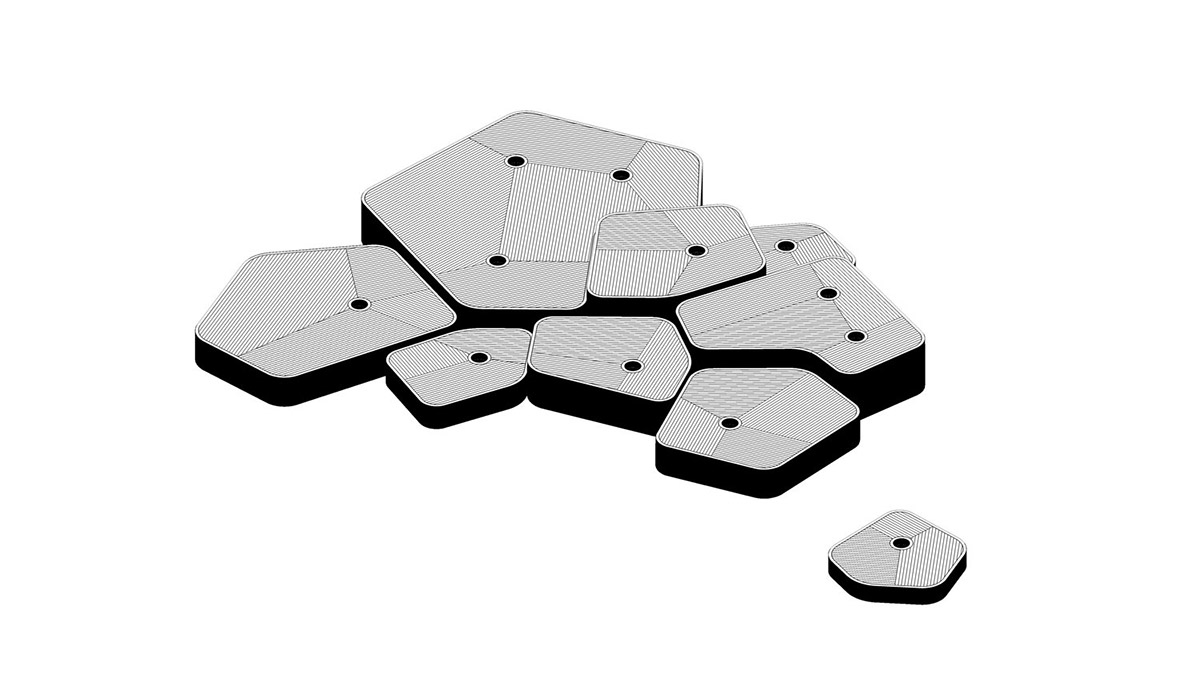 In summer times, the islands can be distributed to unused parts of the harbor, serving as an adventurous escape for the increasing amount of kayaks, sailors and general users of the harbor coast line. 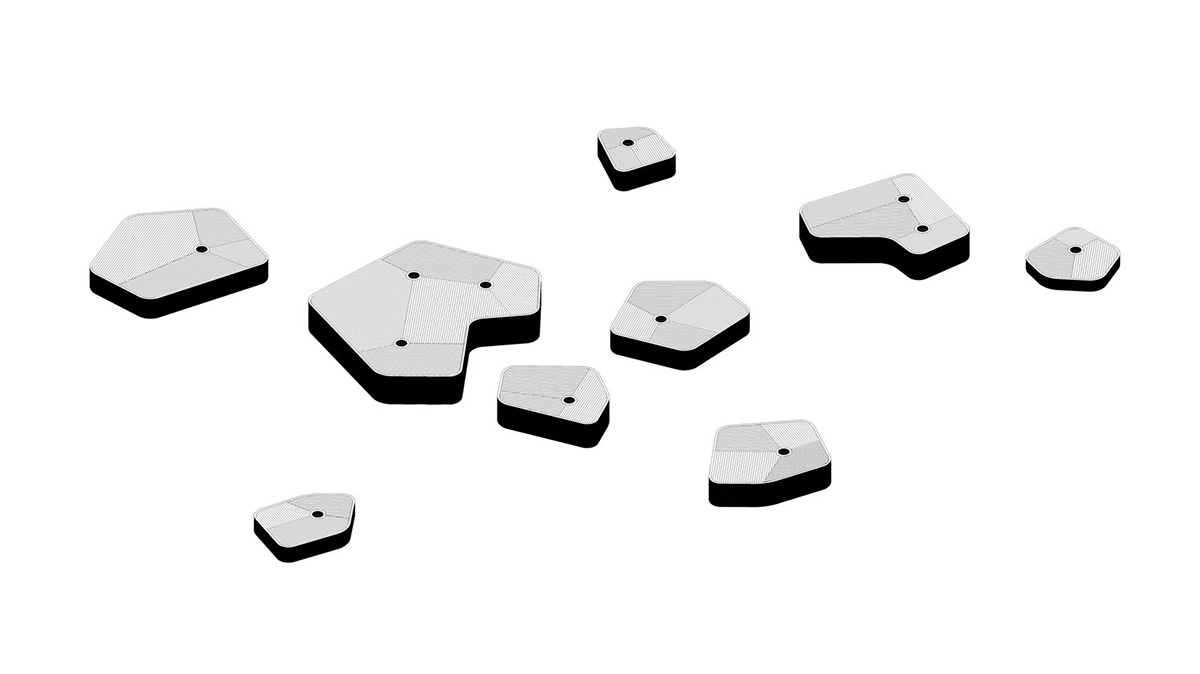 "CPH-Ø1 is only one of many islands to come. The islands can be adapted to any harbor, with the specific characteristics of the given city, and its need for harbor life," added the website.

The project is described as a new type of urban space "both in a local context with rapid urban development along the harbor side, threatening the recreational spaces, but also in a global context with rising sea levels creating new challenges for urban environments."

> via Marshall Blecher and Studio Fokstrot