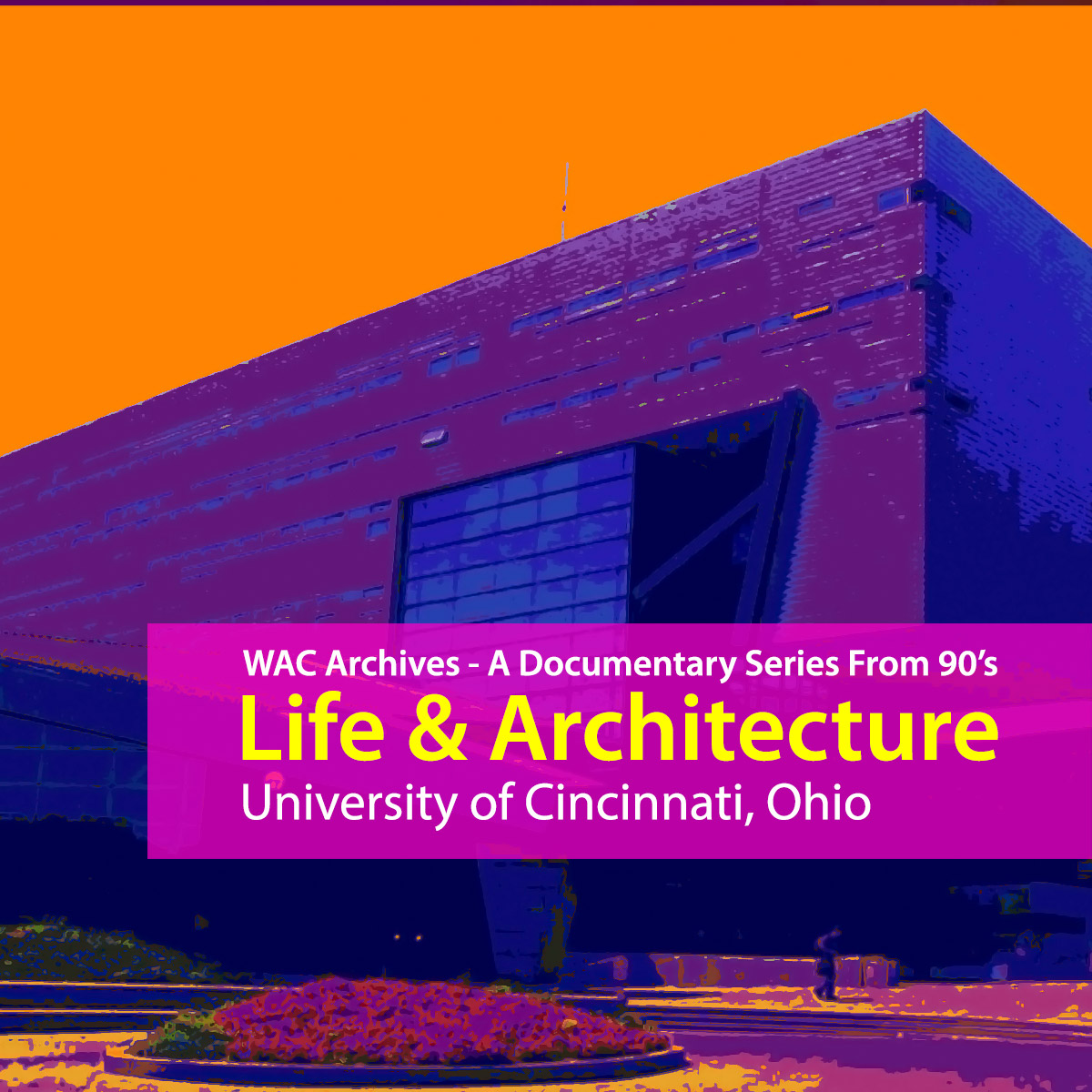 World Architecture Community has released its eighteenth exclusive documentary exploring the design story behind the design of the masterplan of the Cincinnati University campus in Ohio, United States as part of WAC's exclusive Life & Architecture series which was announced on April 23, 2020.

In 1984, President Joseph A. Steger shared his dissatisfaction for the character of the campus, as reported in the University's Campus Heritage Plan. He thought that creating an architectural dialogue with a holistic approach for the campus could change the school’s direction, image and identity.

With a support of the administration, Steger launched a search for a visionary planner to design the masterplan of the campus. Former Dean Jayanta (Jay) Chatterjee played an important role for the development of the new masterplan by inviting "star architects" to design the buildings of the campus, as he believed that the selection of "signature" architects would contribute to the image and visual character of the university campus.

Following the approval of the new masterplan in 1991 by the Board of Trustees, in between 1991 and 2000, a selected group of world-renowned architects designed the key building of the campus, including Michael Graves (a UC DAAP graduate), Peter Eisenman, Henry Cobb, Frank O. Gehry, Gwathmey Siegel & Associates Architects, Moore Ruble Yudell, Thom Mayne, Bernard Tschumi, STUDIOS Architecture.

The design the university's masterplan turned into "an architecture exhibition" with its urban design, sculptures, buildings, landscape and remarkable statues and made the campus. The Cincinnati University is one of the must-see universities for people visiting Ohio.

This program explains how an American university became a design exhibition ground for not only Cincinnati but also nationally and internationally by means of the work of cutting-edge architects and urban planners.

"The campus environment should contribute both to academical and social aspects of university life," said Jay Chatterjee.