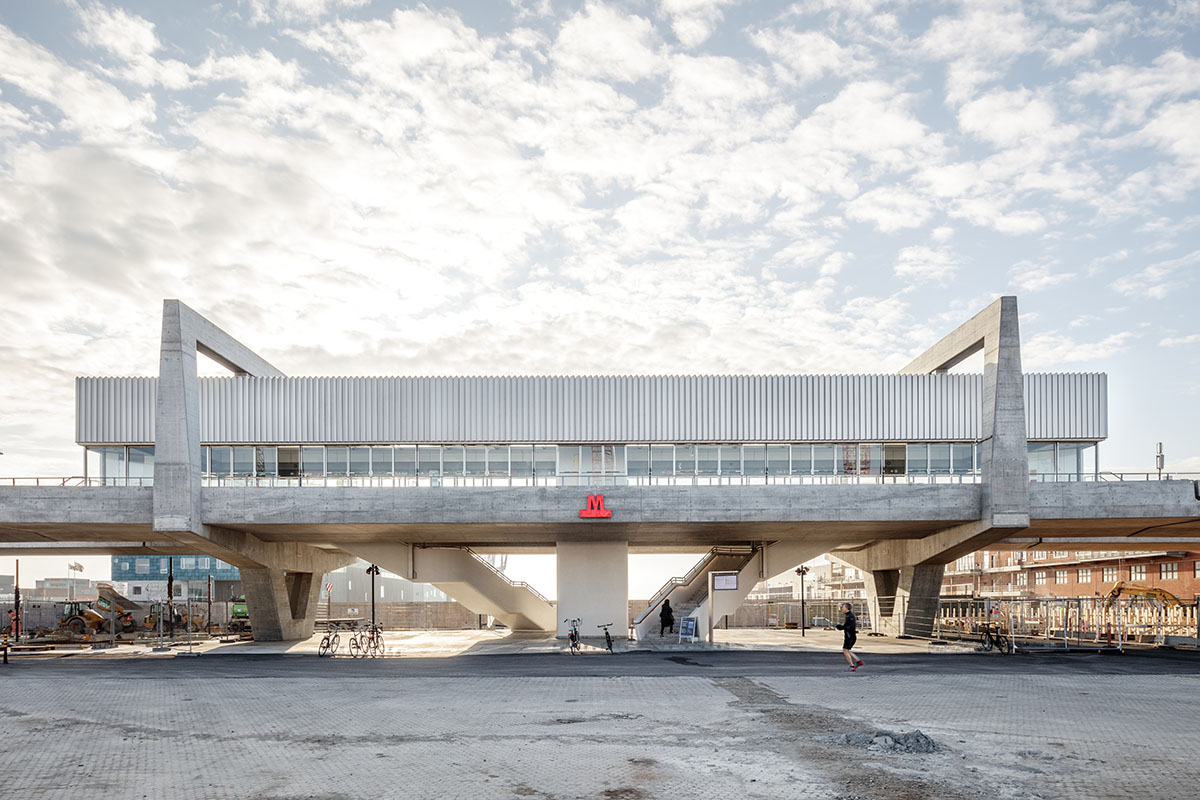 Cobe and Arup have completed two new metro stations in Copenhagen's docklands with elevated structure that follows passenger-focused and human-scaled design with details.

The new metro stations, named Orientkaj and Nordhavn, were opened to the public on 28 March 2020.

The project's transport link unlocks the potential for the redevelopment of Copenhagen’s northern docklands, which was developed as one of the largest urban regeneration projects in northern Europe. 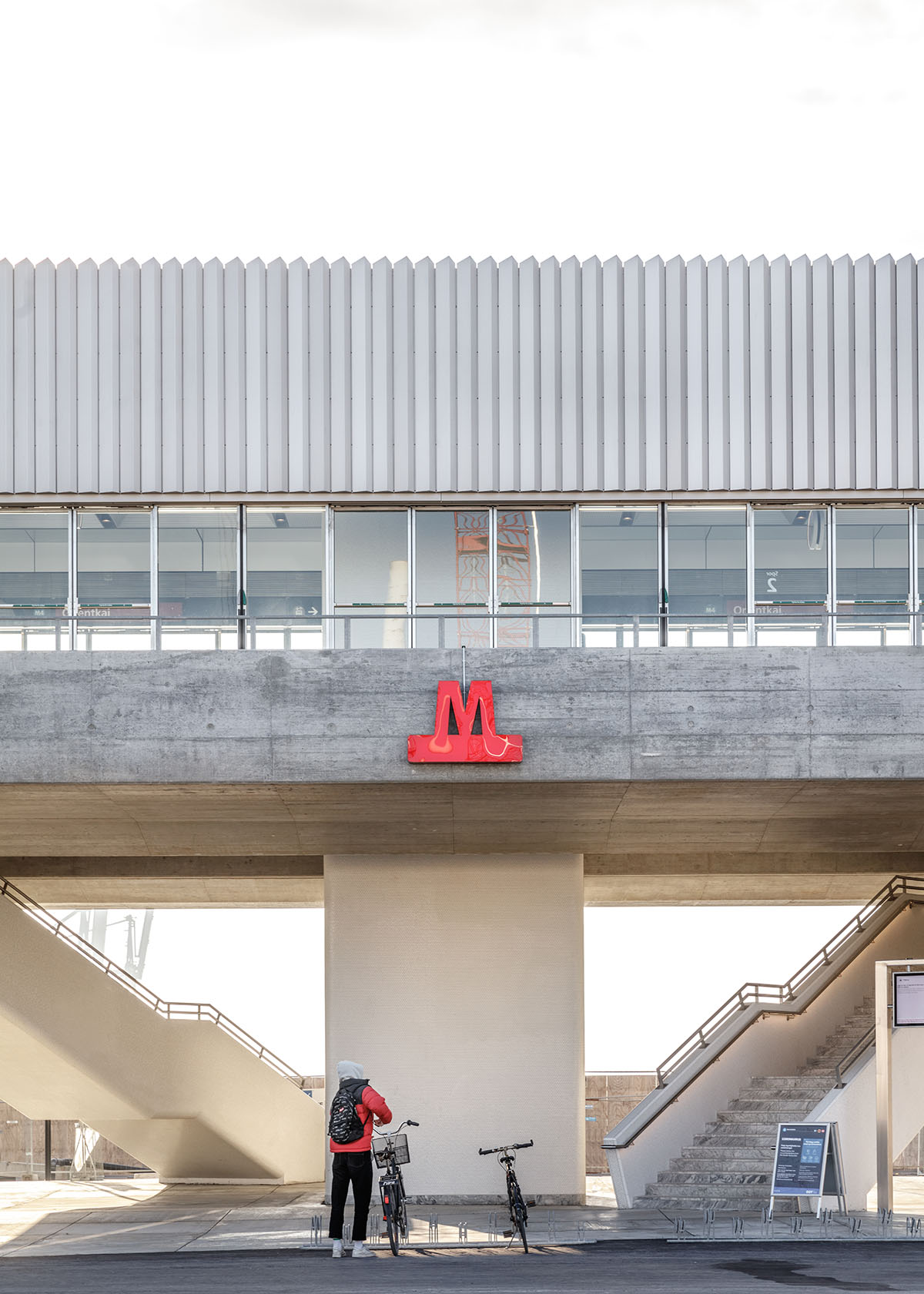 The above ground Orientkaj station has been designed as a prototype for future stations under the ongoing development of Copenhagen’s Nordhavn – a new city district, also designed by Cobe, which will add over 1,500,000 square meters of sustainable mixed-use buildings and provide homes for 40,000 residents and workspaces for another 40,000. 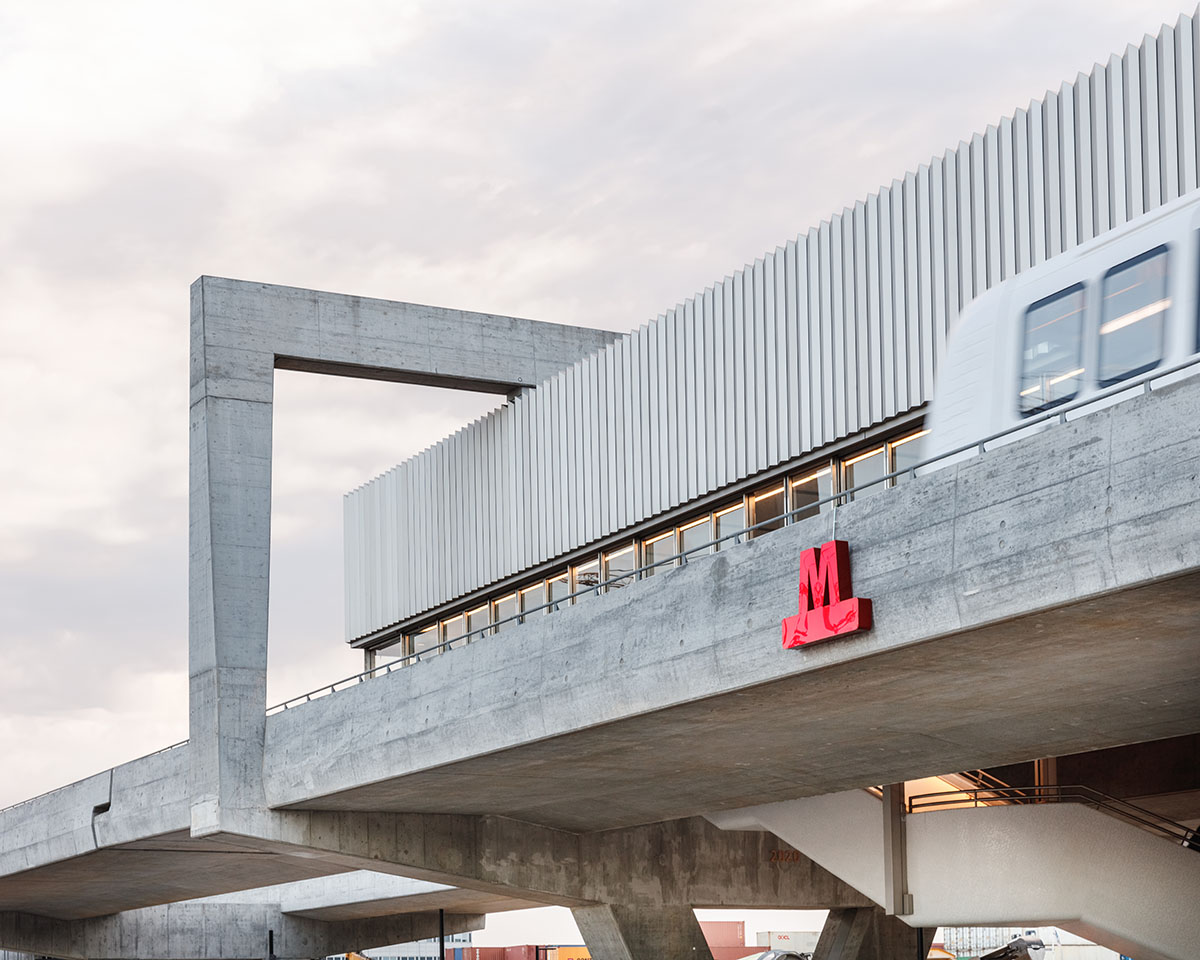 The two metro stations possess distinct visual characteristics that reflect the character of the urban areas they serve.

Tracing the outline of a shipping container, the overground Orientkaj station celebrates the large-scale volumes and brutalist features of the dockland’s industrial past but opens up to reveal a passenger-focused, human-scaled detailing on the inside. 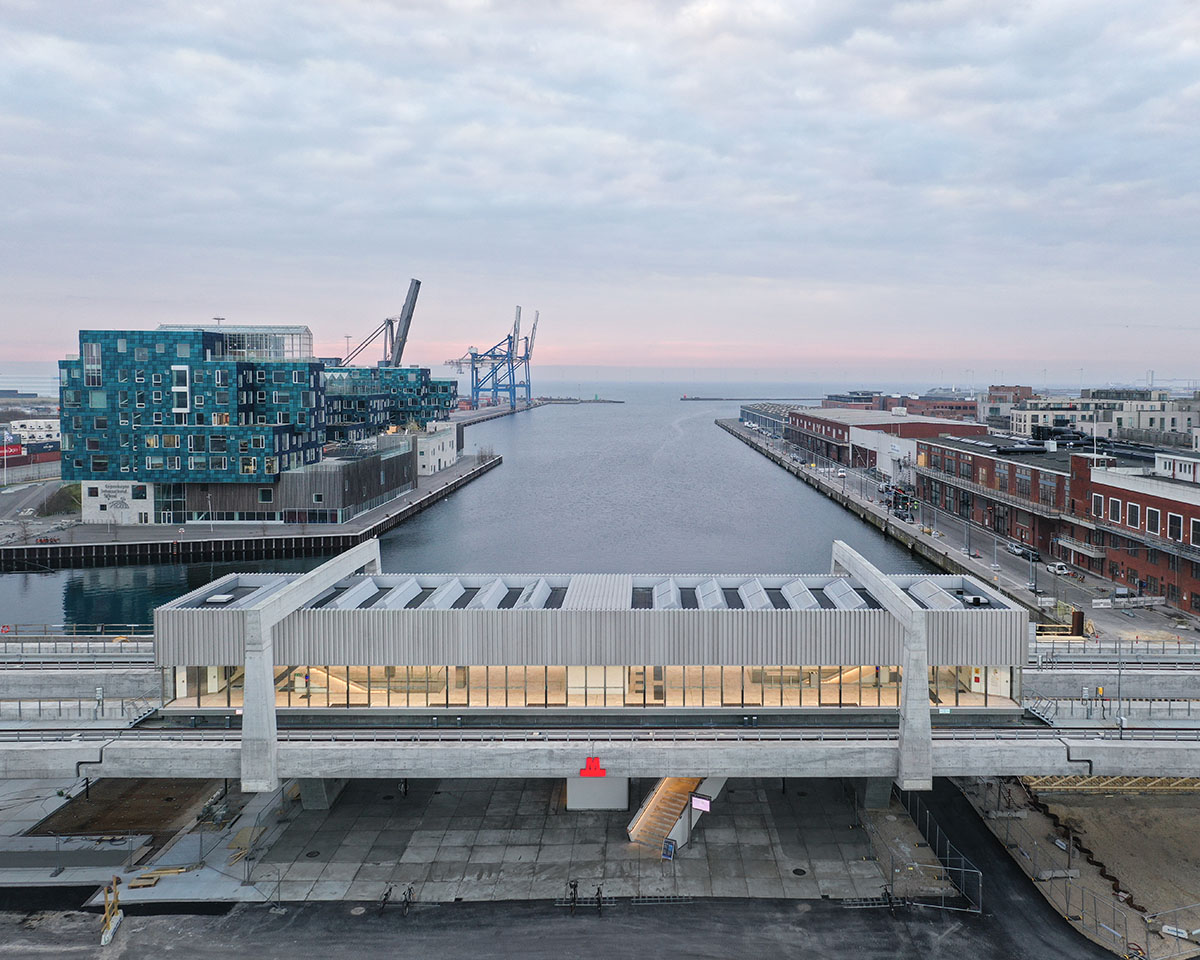 The underground Nordhavn station borrows from the design vocabulary of the recently-opened Cityringen metro line – for which Arup led the architectural design - with the distinctive red cladding of transfer stations. 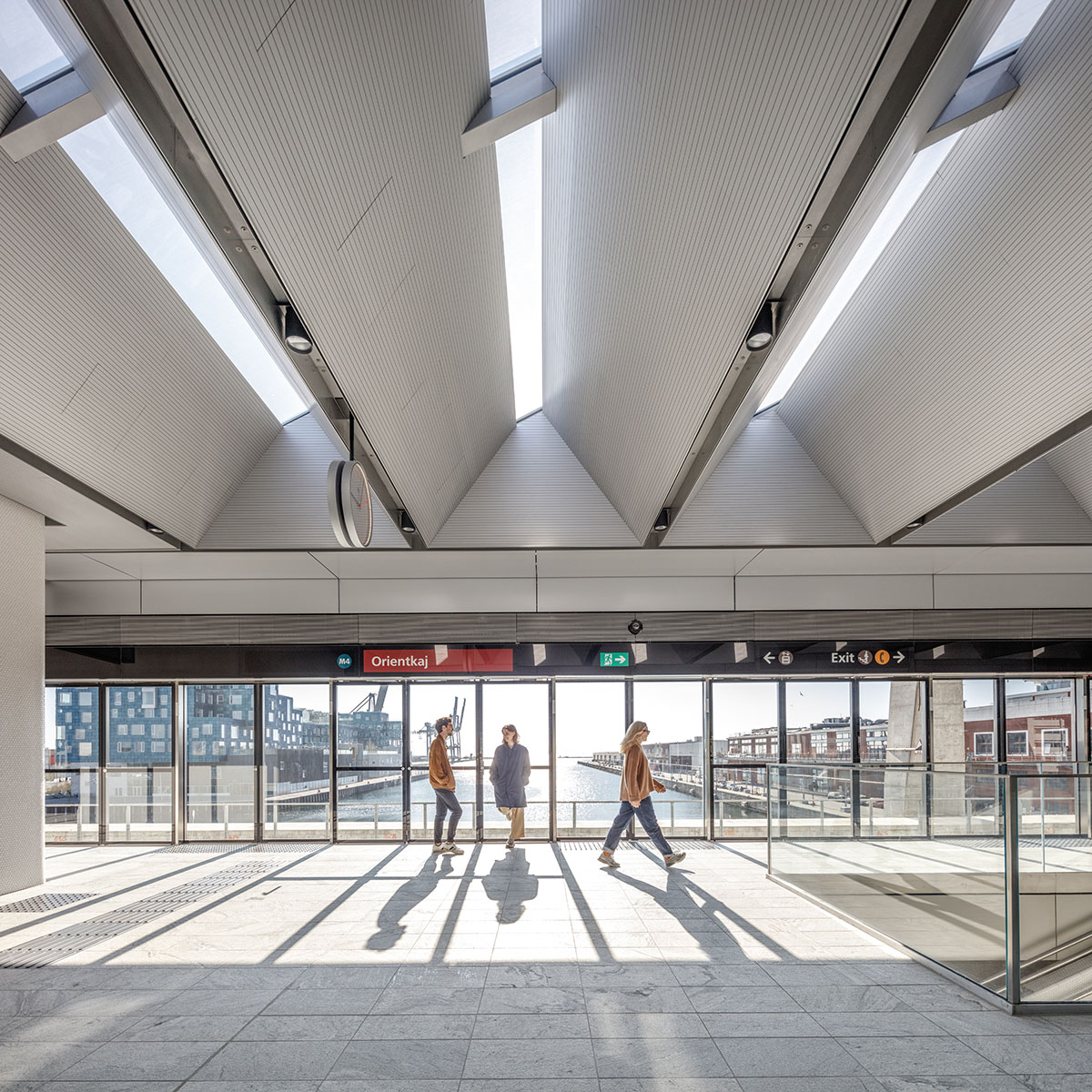 "Nordhavn is a city of sustainable mobility, where it is easier to walk, bike or use public transport, than it is to drive your own car," said Dan Stubbergaard, architect and founder of Cobe.

"The two metro stations unlock the potential of this new Copenhagen city district enabling more efficient and sustainable transport between the individual neighbourhoods, and to the rest of Copenhagen, while adding a new chapter to the story of the Copenhagen harbour front," Stubbergaard added. 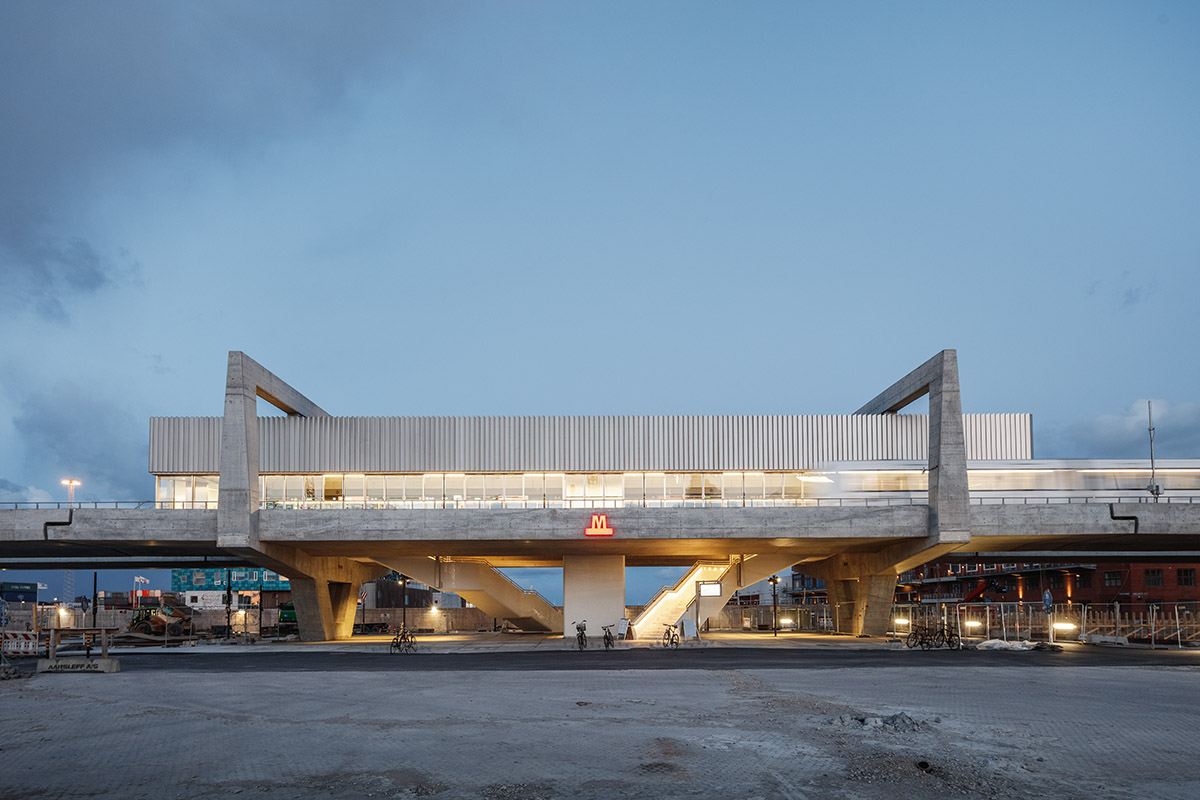 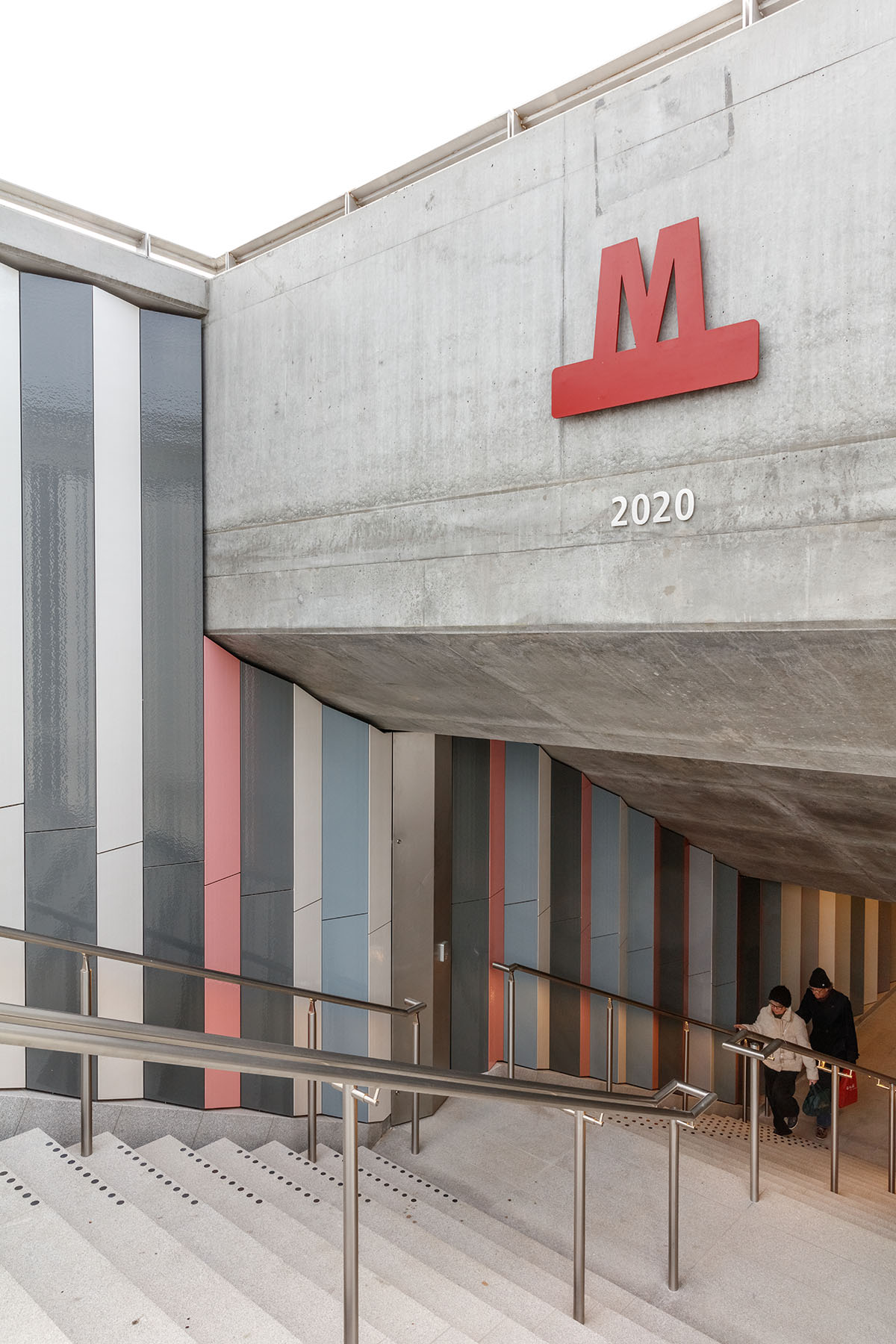 Anchored by bold concrete claws onto the Copenhagen harbour, the station is designed as a glass, concrete and aluminium box commandeering panoramic views over Orientkaj dock.

As a prototype, Orientkaj station is designed to make a statement, offering a model for any future overground stations in the Nordhavn development. Despite the station’s scale and sharp outline, the architects’ passenger-focused approach is highlighted by the detailing inside, from the lighting to the material palette. 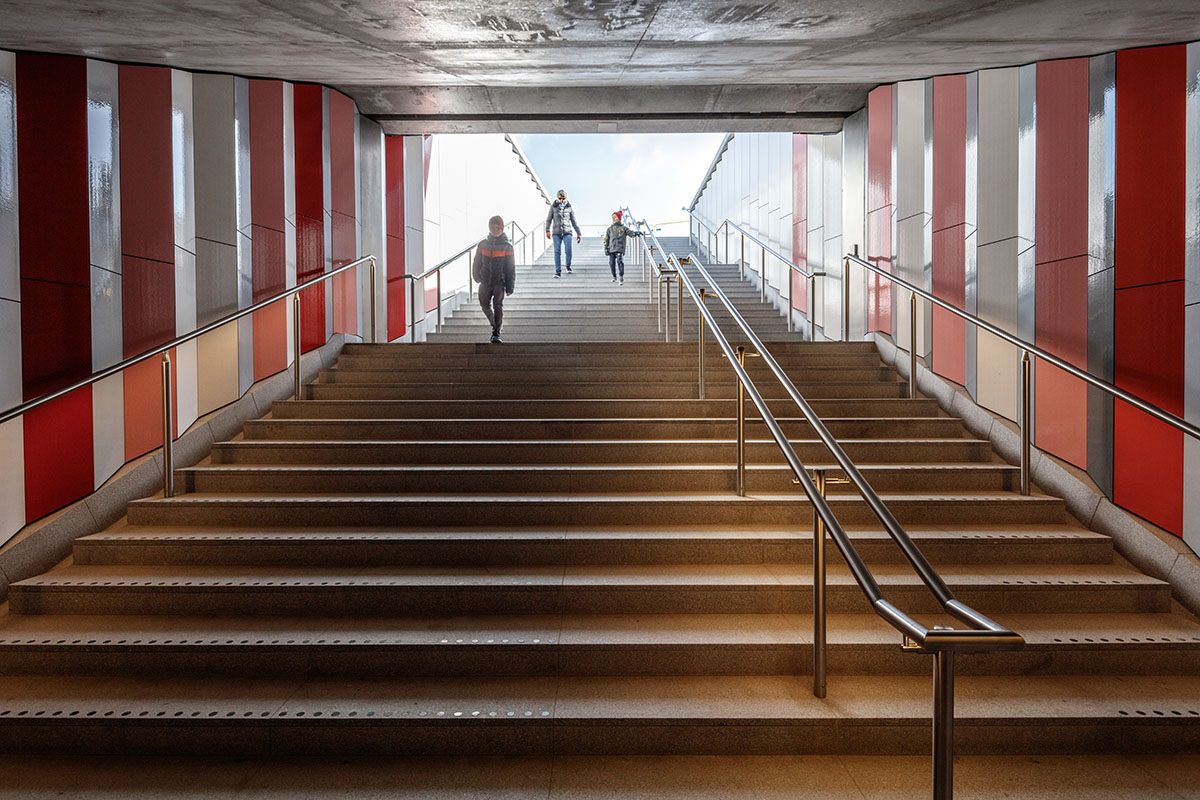 "The design of Orientkaj station celebrates the character and industrial past of the docklands, but most importantly, it provides a great passenger experience for visitors to this growing area of Copenhagen," said Arup’s lead architect, Kristian Winther.

Serving a mixed-use urban area with offices, transformed warehouses and new housing developments, Orientkaj station needed to be distinctive enough to become a local landmark, while blending in with the white surrounding buildings. 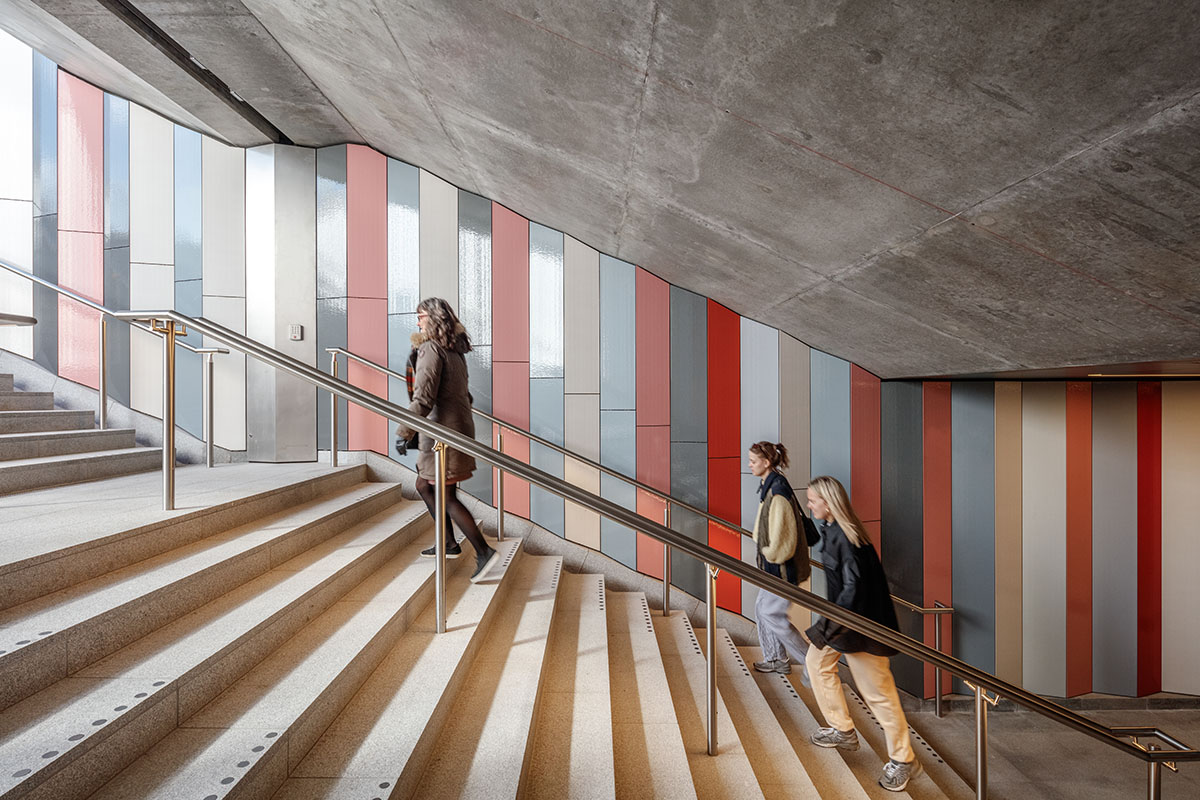 Anticipating a possible future high-rise development next to the station, the architects have used anodised aluminium panels on all façades as well as roof and soffit: placed at angles, the aluminium cladding catches the colours of the sky and ensures the station offers beautiful lines of sight from all angles. 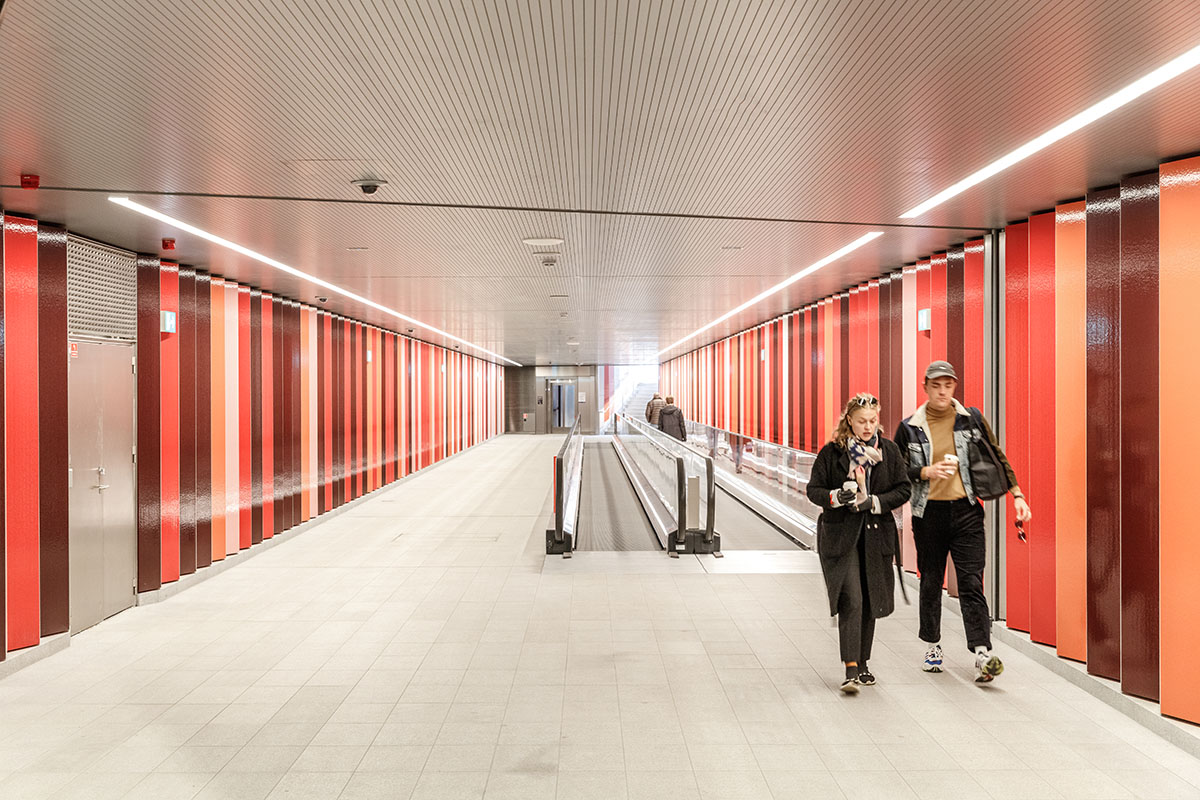 "Views from the station platform have also been a key design consideration: the large, glass platform screen doors mean that on a clear day, passengers can look across the Øresund into Sweden," said Cobe in a project description.

"Two rotated, concrete staircases connect the station to the ground level. Under the station, the 33-meter long concrete spans and V-shaped piers minimise the station’s footprint while maximising the open, flexible urban space to accommodate a range of future uses, including bike lanes and a public urban space along the waterfront." 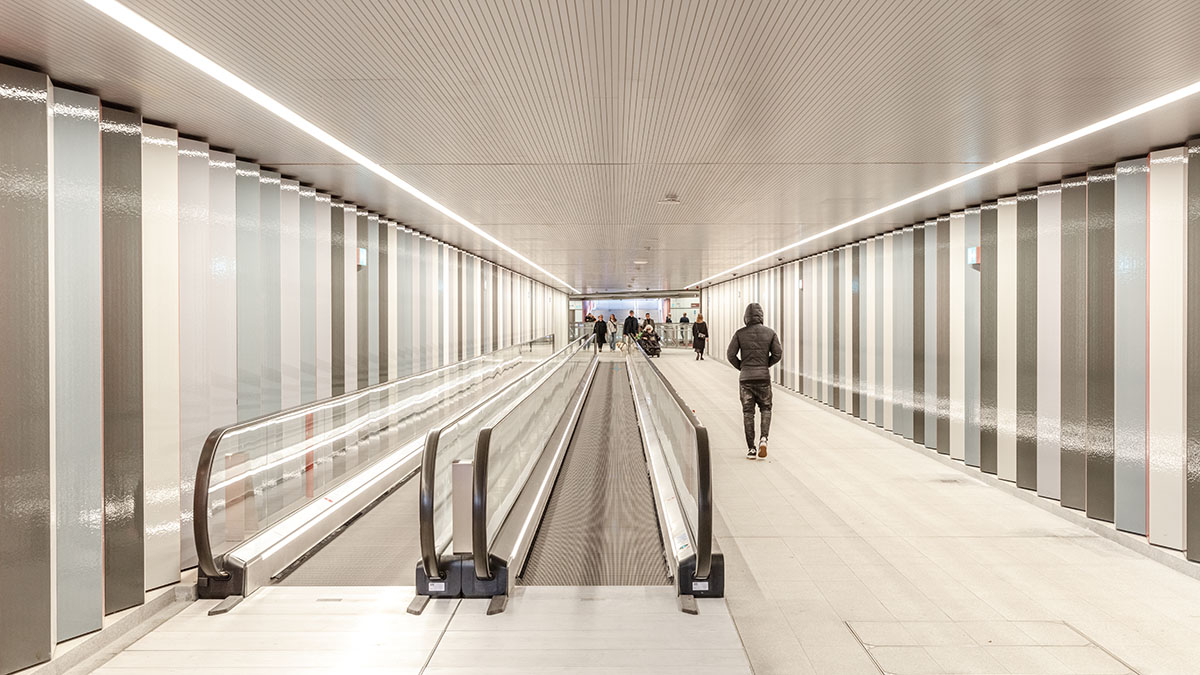 Inside the station, the vast rectangular hall is column-free, supported by the external concrete frames. Skylights mimicking the shed roofs found in the area’s former industrial buildings allow natural light to flood the station during the day, while integrated luminaries give a pleasant light at night.

The scale of the brutalist concrete exterior is juxtaposed with polished detailing inside, adding a practical materiality to the station: white hexagonal mosaic covers the stairs and lift towers, while corners have been rounded for a softer, more human-friendly finish. 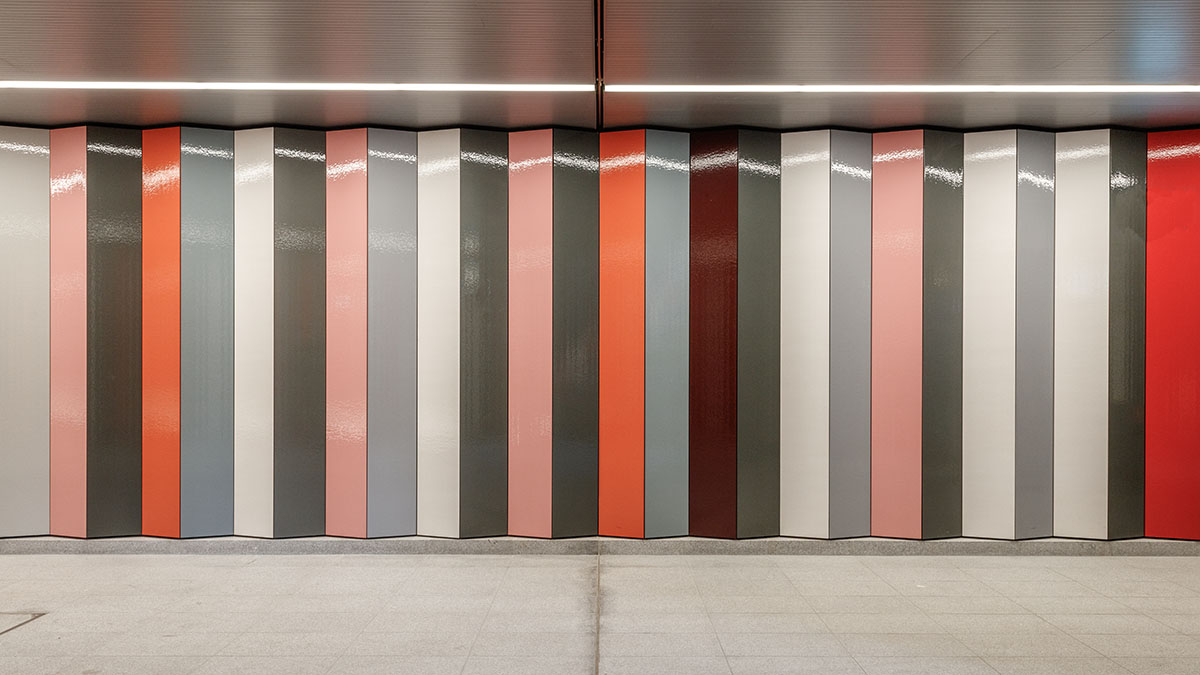 Nordhavn station provides design continuity with the Cityringen M3 metro line, which opened in 2019, to create a seamless travel experience for passengers travelling between the two lines: platform length, information systems and wayfinding are the same, while the interior façades are clad in the red tiles characteristic of Cityringen’s interchange stations.

An underground transfer station at Nordhavn S-train lies under a busy traffic artery. Intuitive wayfinding was a key design consideration for this underground station with clear lines of sight between the underground station and the transfer tunnels, allowing users to see all the way through to the other side, enhancing the feeling of comfort and safety. 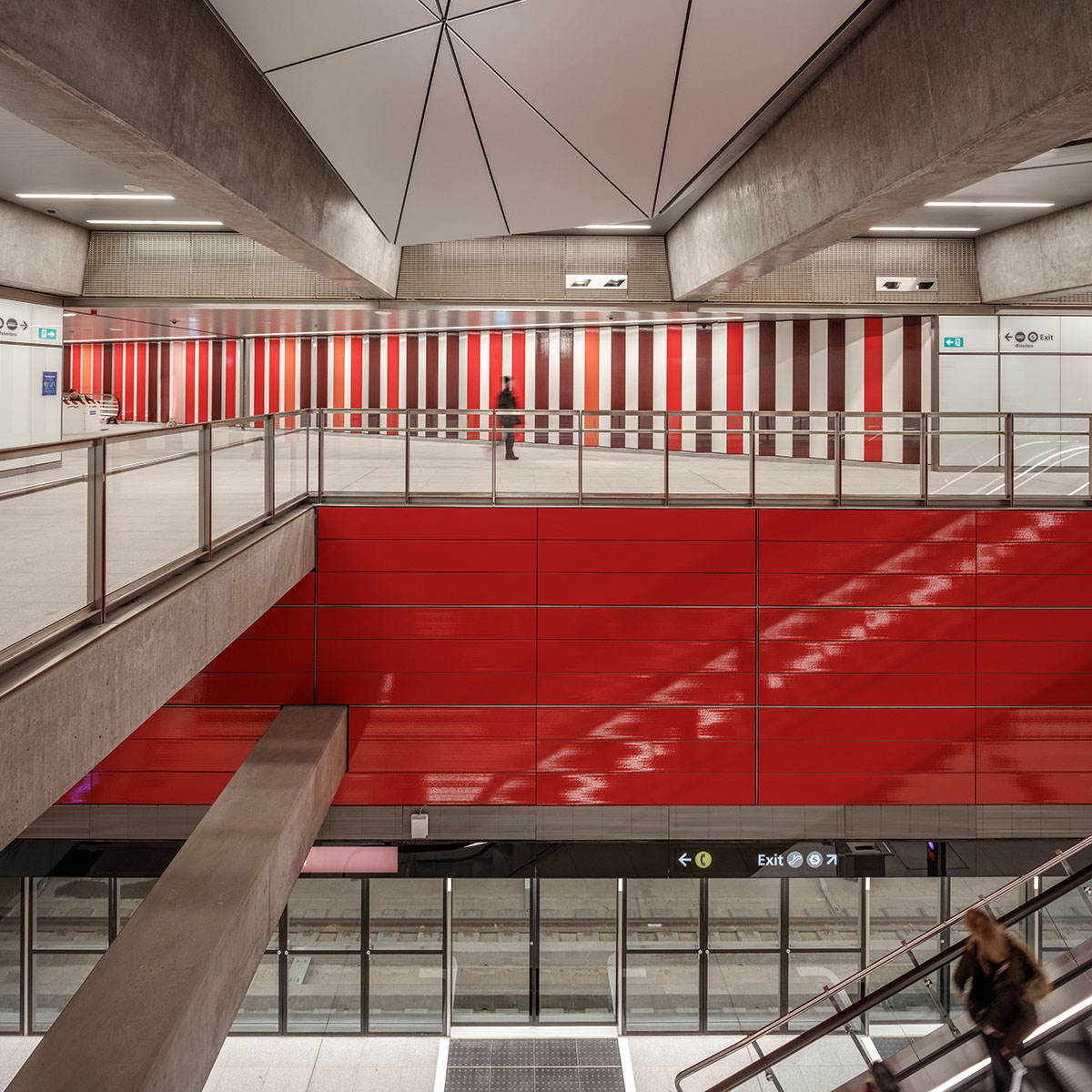 Folded ceramic panels also provide a sense of movement, building to a great reveal in the transfer tunnel: the angled wall claddings reveal a different hue changing from white to red as passengers move through.

Continuing another design theme from Cityringen, the new metro station’s origami ceiling has been designed to reflect light throughout. 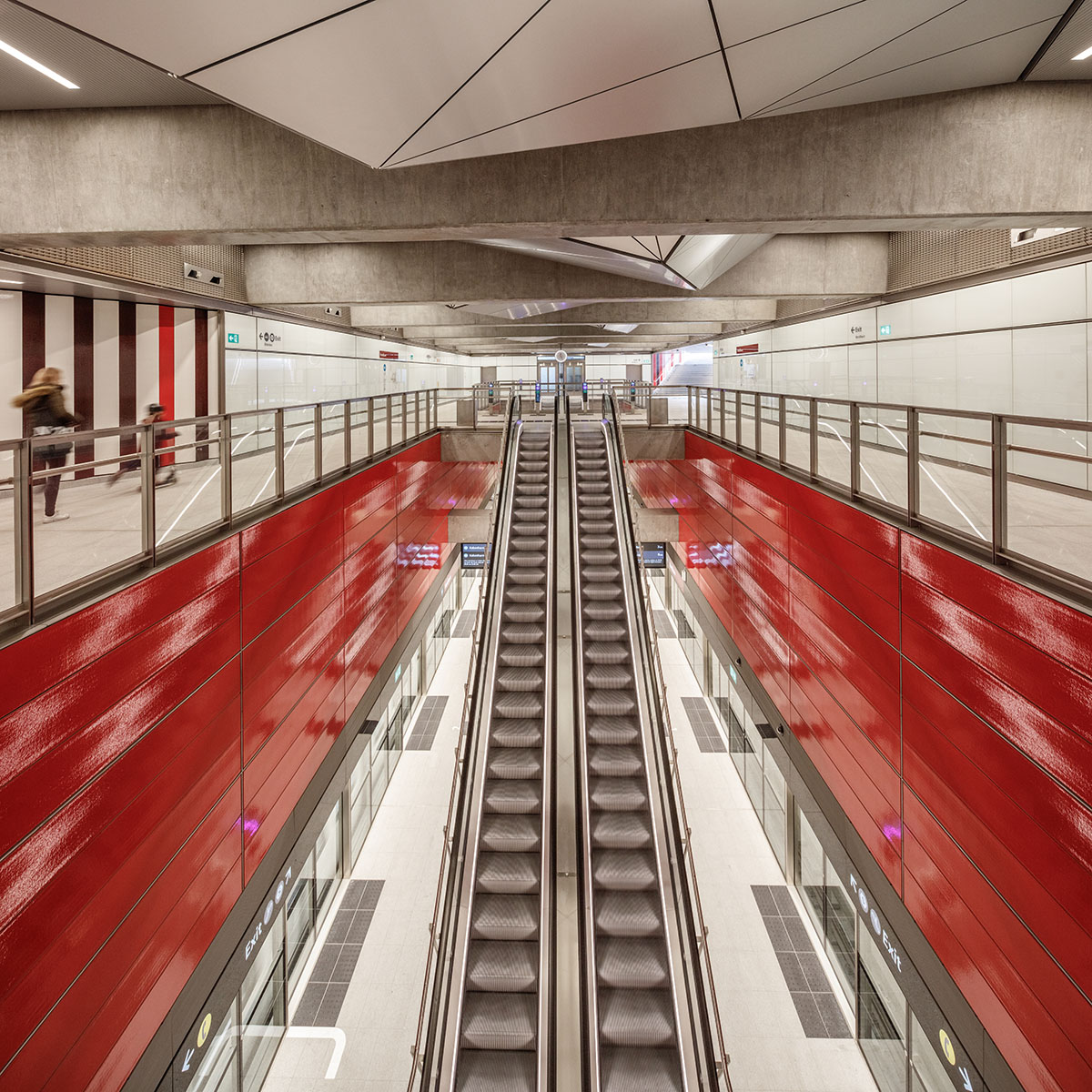 As part of a Joint Venture with Rambøll, Arup also delivered a broad range of services including geotechnics, structural engineering, passenger modelling, construction planning, lighting design, and fire and life safety of the project.

In addition, Cobe, in collaboration with Sleth and Polyform, also designed the urban spaces surrounding the two metro stations. 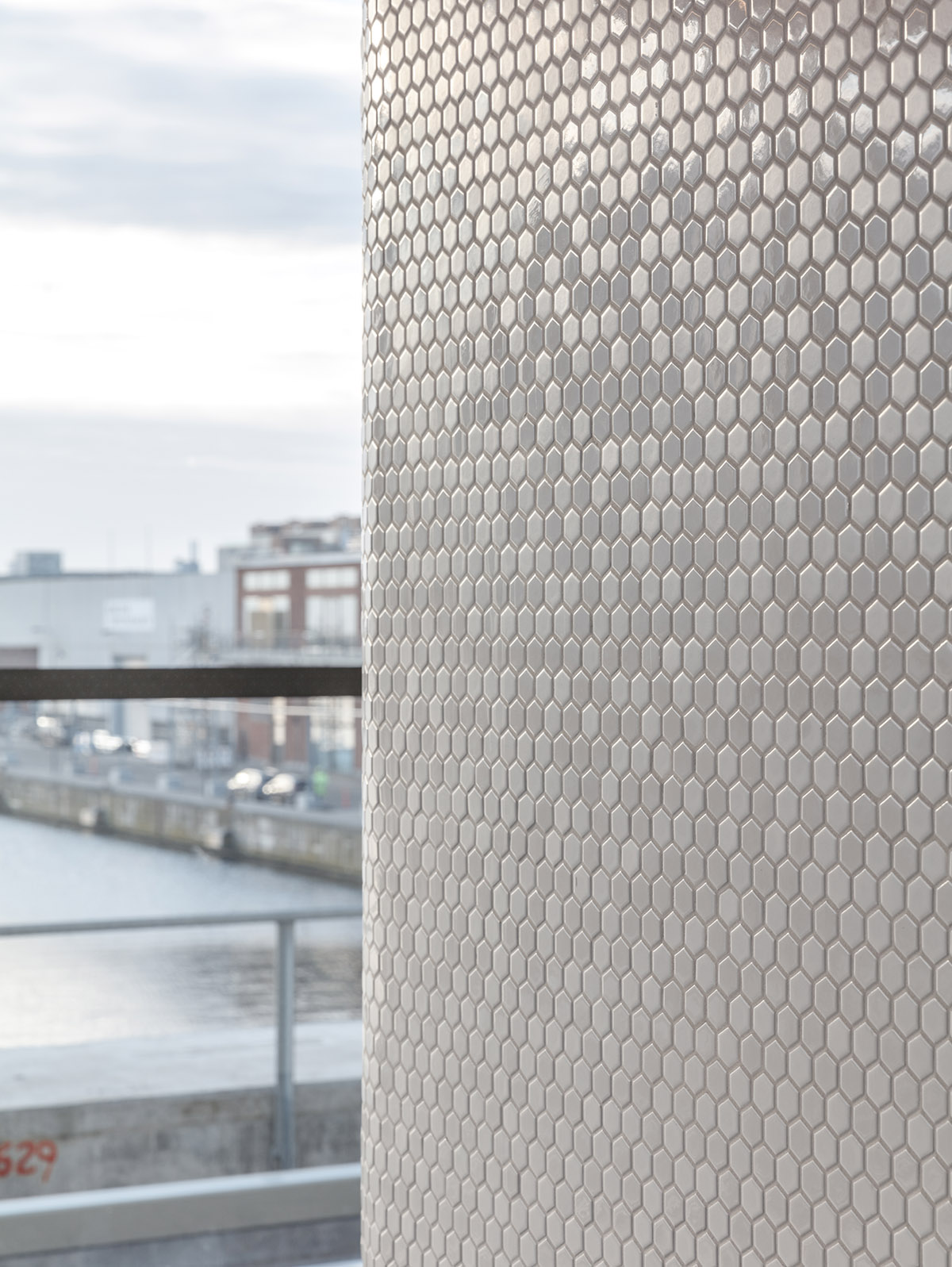 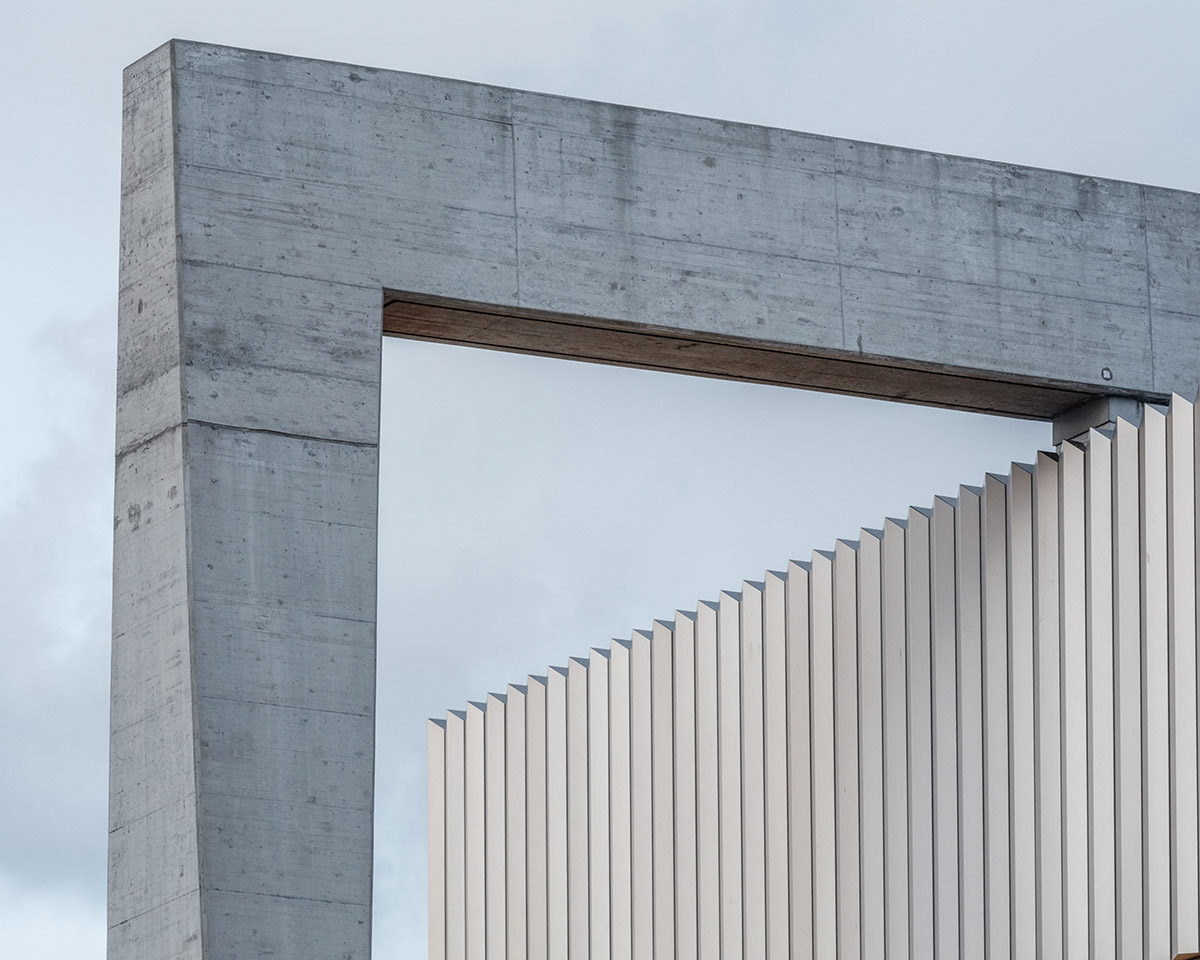 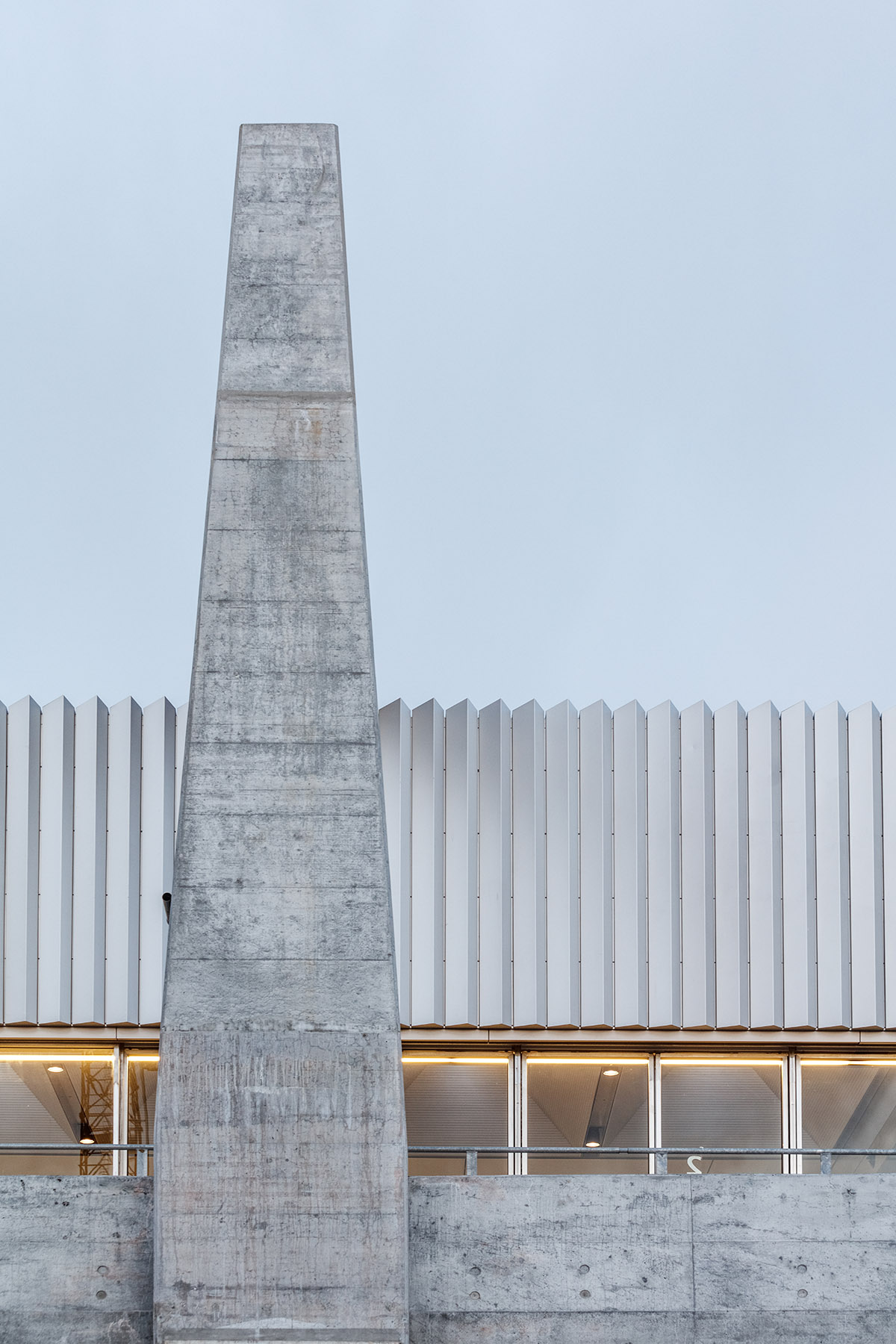 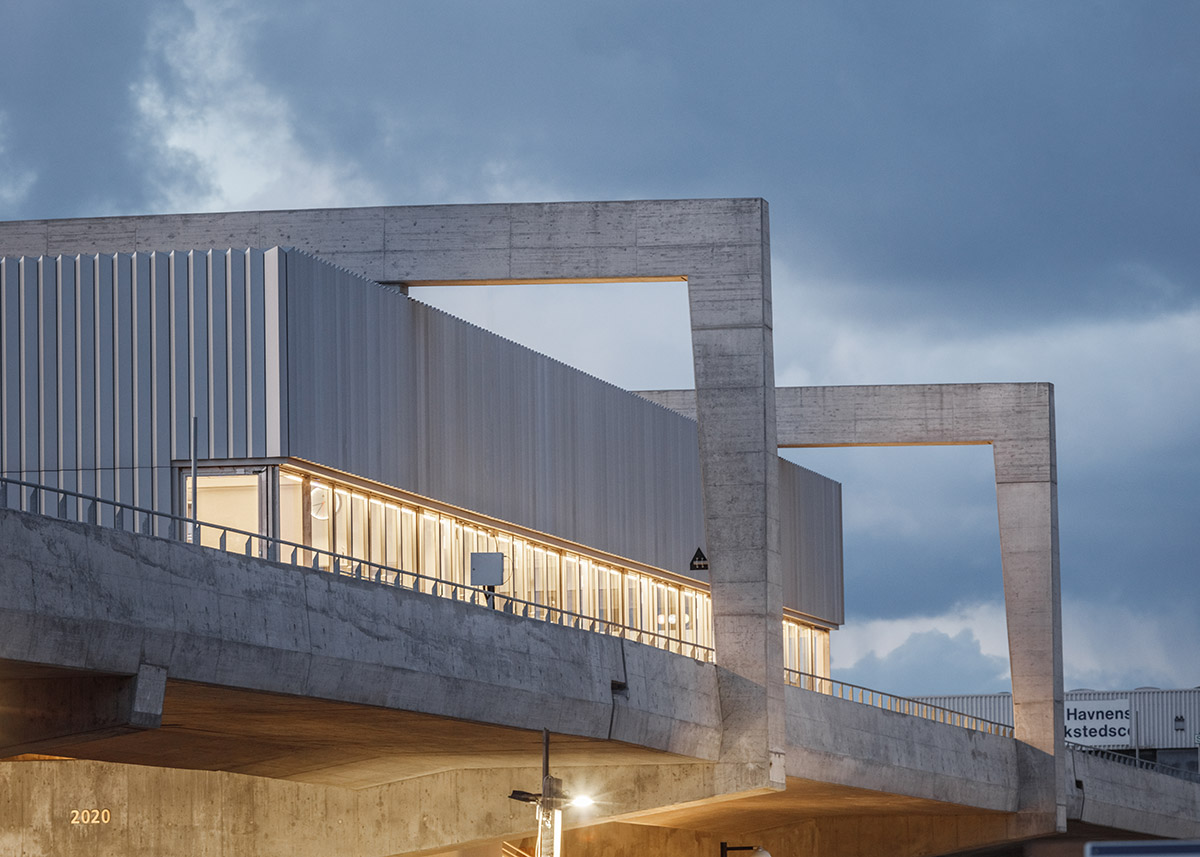 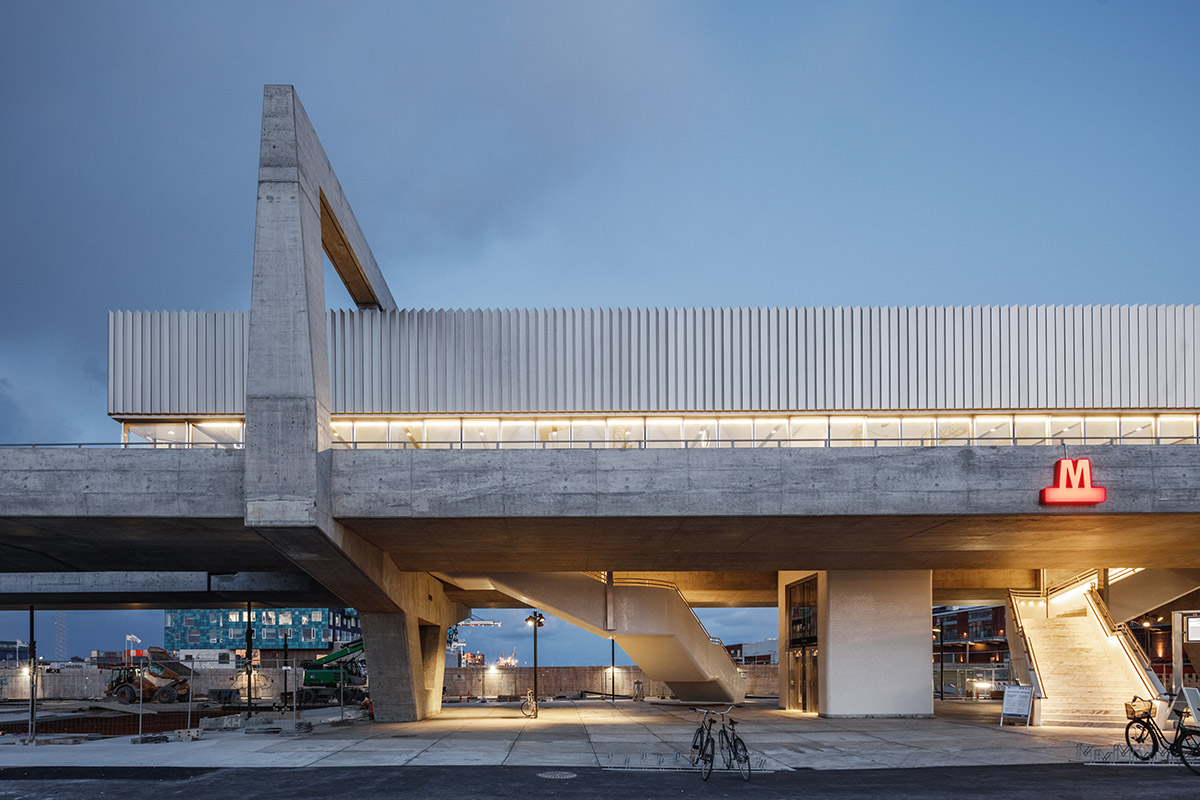 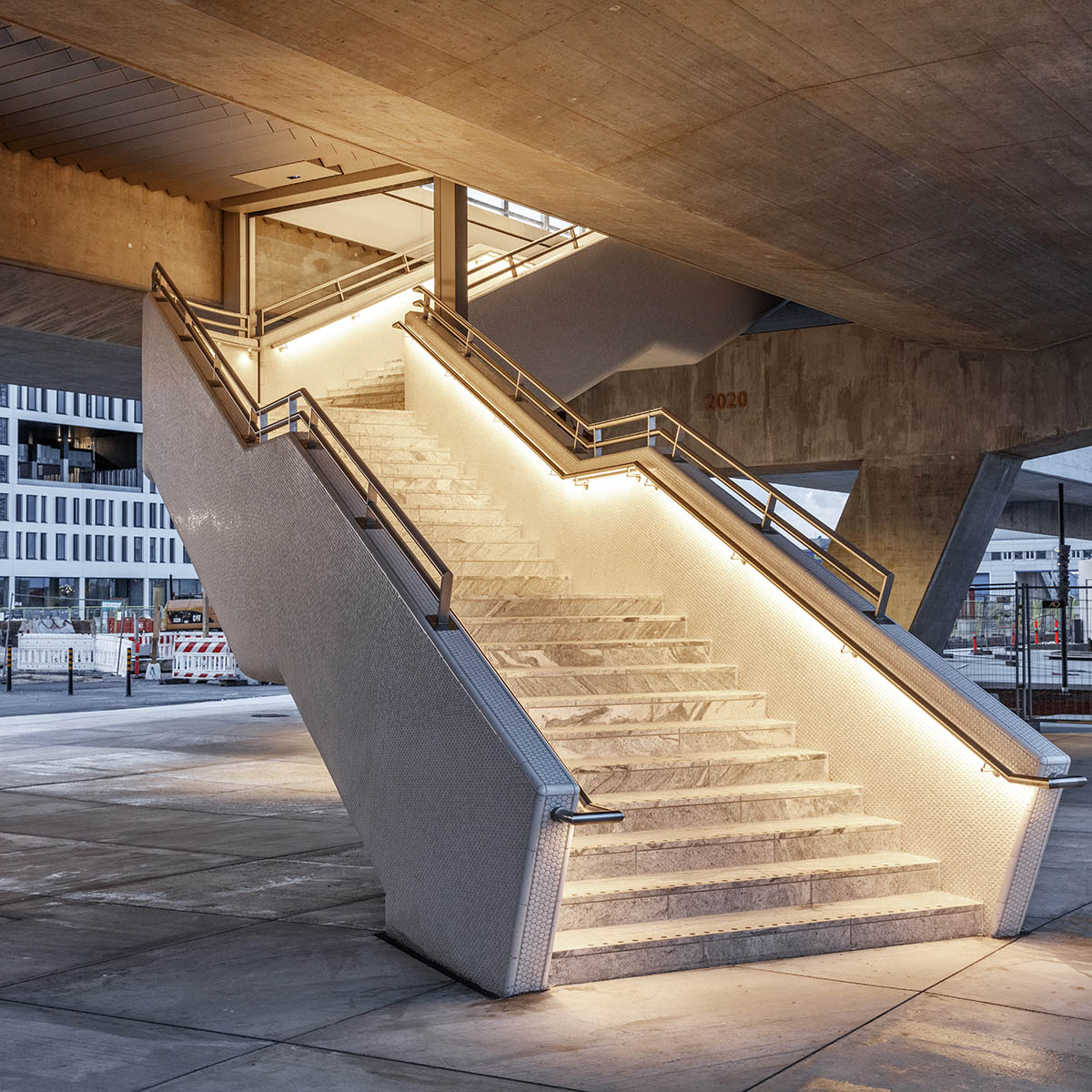 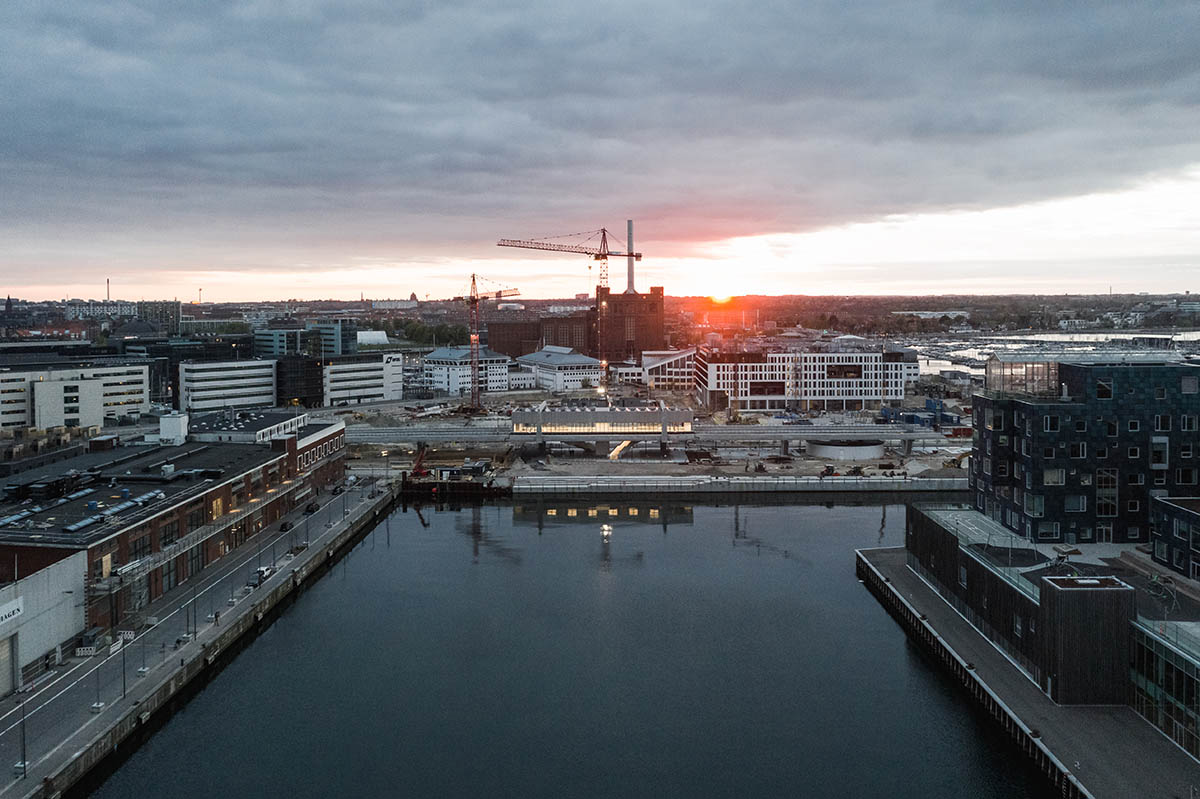 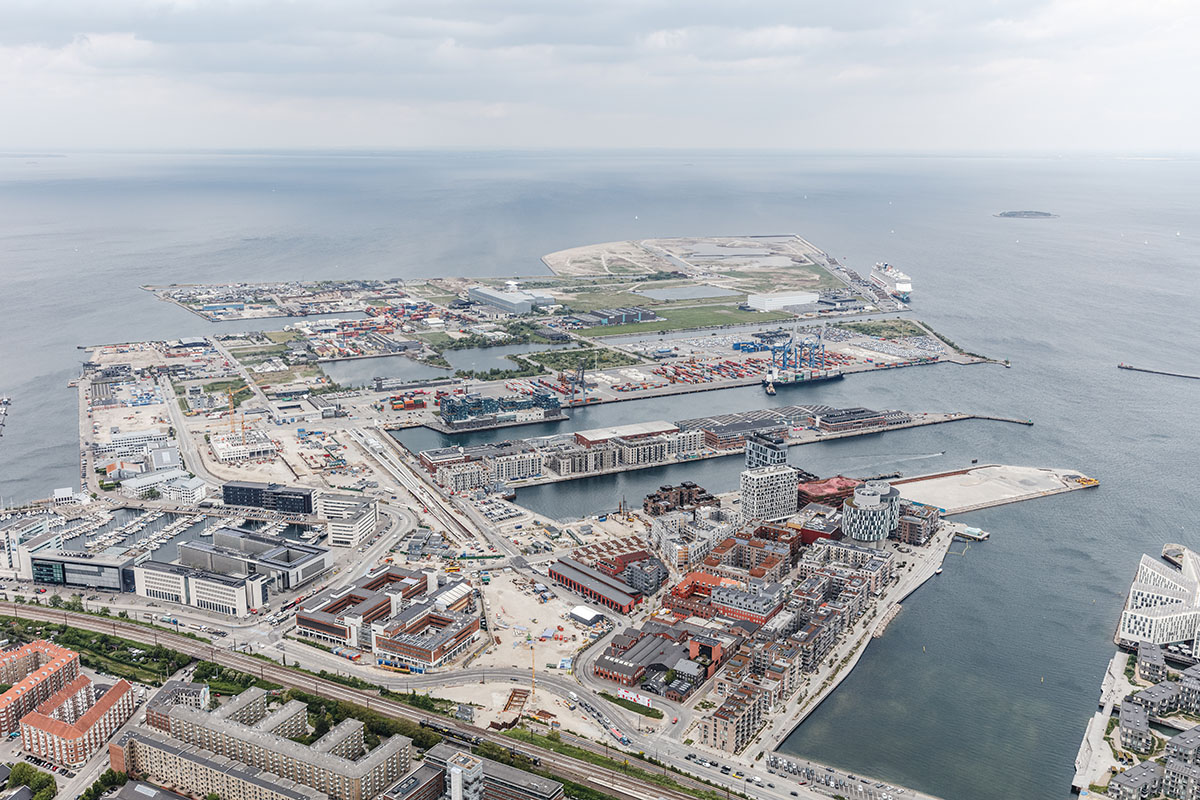 Cobe is an architecture firm founded in Copenhagen, Denmark, in 2006 by the architect Dan Stubbergaard, and aspires to create surroundings that actively contribute to extraordinary everyday life.

Among the firm’s most distinctive projects are The Silo in Copenhagen’s Northern docklands, the urban space Karen Blixens Plads at Copenhagen’s University, and HALFTIME at Adidas’ headquarters in Germany.