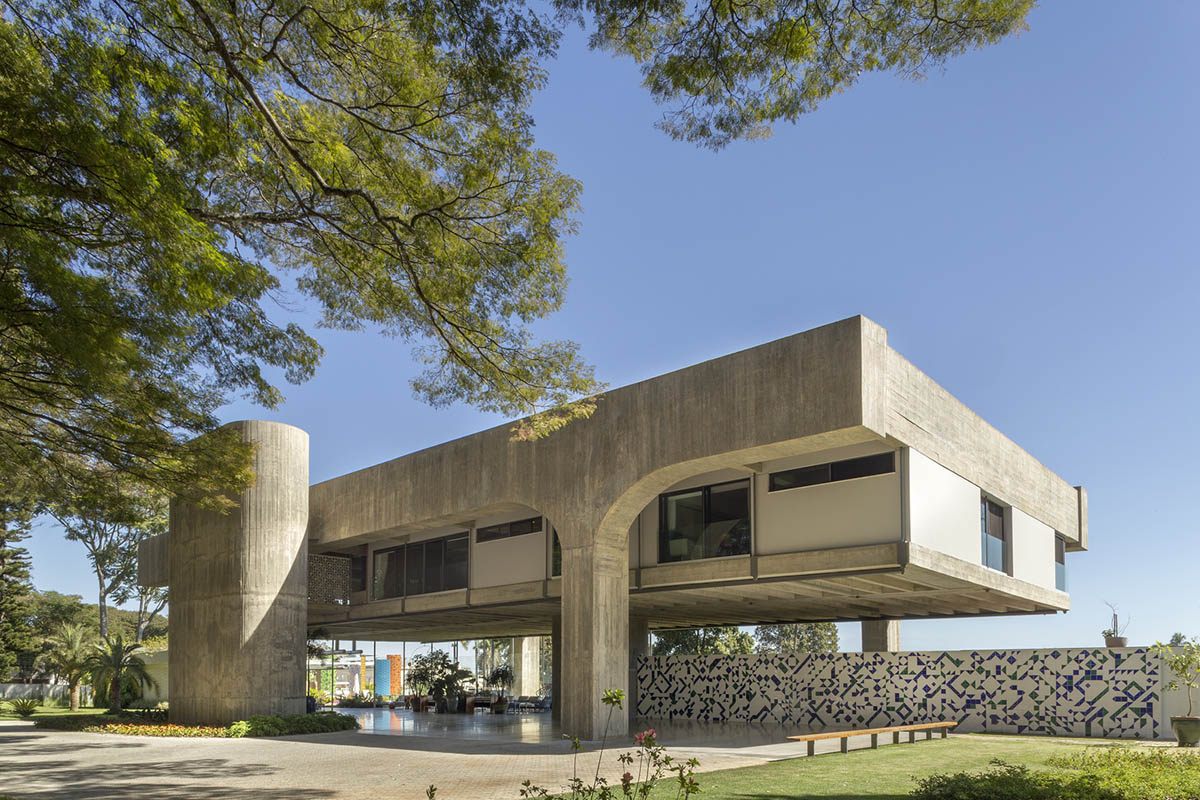 Brazilian architecture studio Arquitécnika has revitalized a 1970s brutalist residence by reconsidering the overall program and integrating new technological solutions to the house in Brasília, Brazil.

Designed by architect Lutero Leme from the Arquitécnika studio, the aim of the project was to renovate a Brutalist residence, built in the federal capital in the 1970s, originally designed by architect João Filgueiras (also known as Lelé), adapting to today's needs. 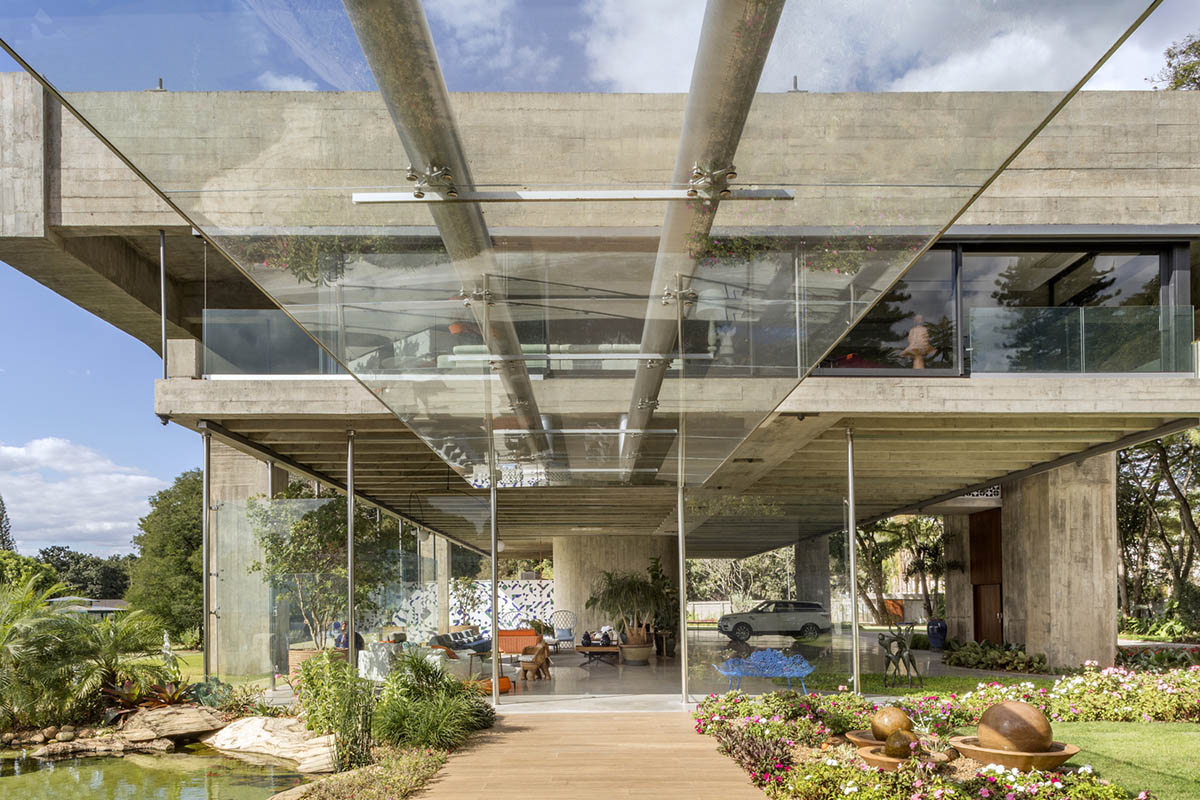 Encompassing a total of 1,968-square-metre area, the architects' intention was to maintain the building's original exposed concrete structure and its volume as it is, but they intended to create current technological solutions.

During the design process, the style and trait were maintained, but everything else in the house was reconsidered. A challenge was hard for the architects due to the structure of the house. 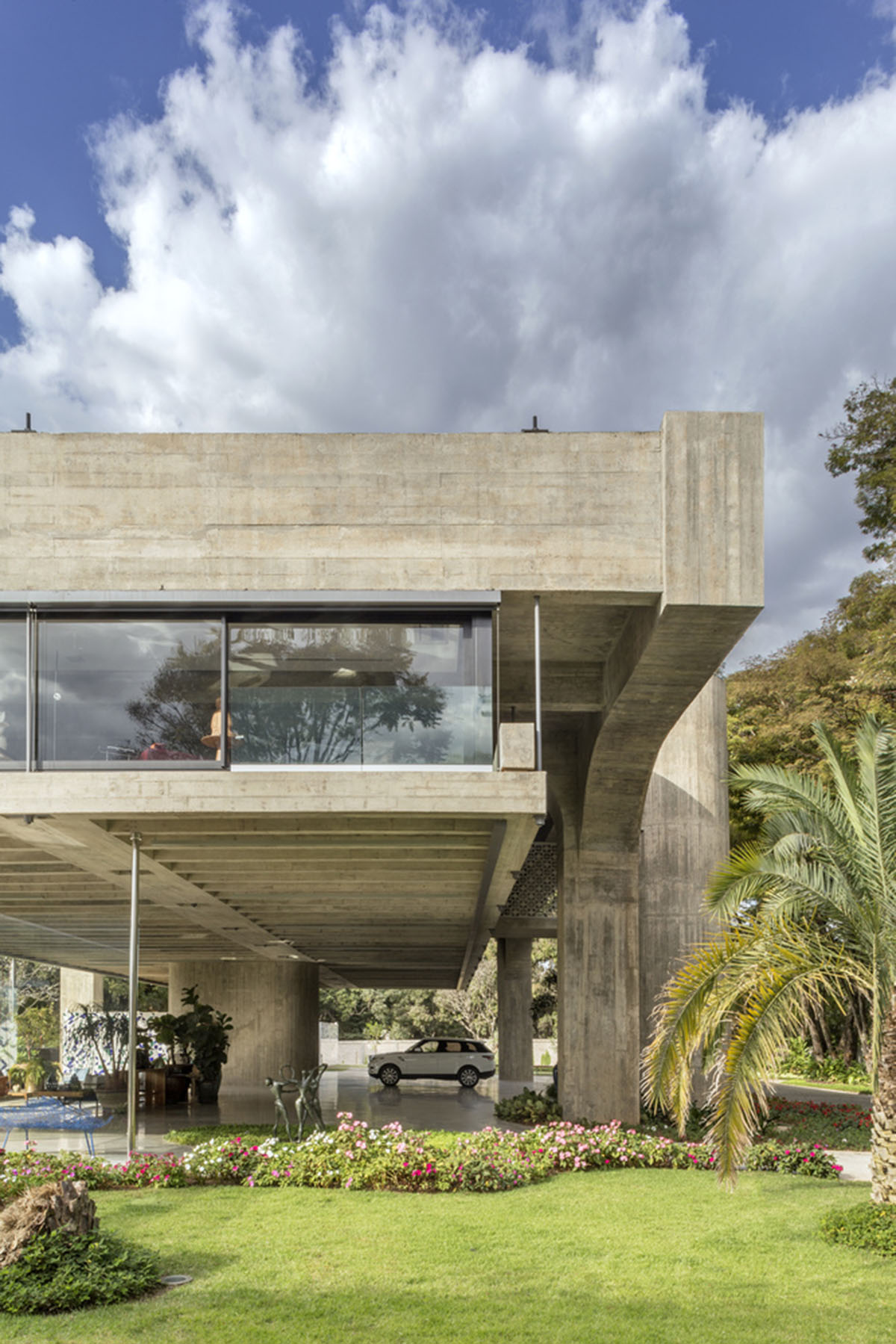 "With only four supporting pillars, the plan has two floors and a large concrete structure with rod-bound roof slabs, which makes the house move up to two centimeters a day, depending on the ambient temperature," said Arquitécnika.

"This movement was the starting point for the entire intervention project, as the materials had to be prepared for any expansion, without forming cracks or fissures. For this, drywalls and frames were designed with a floating system." 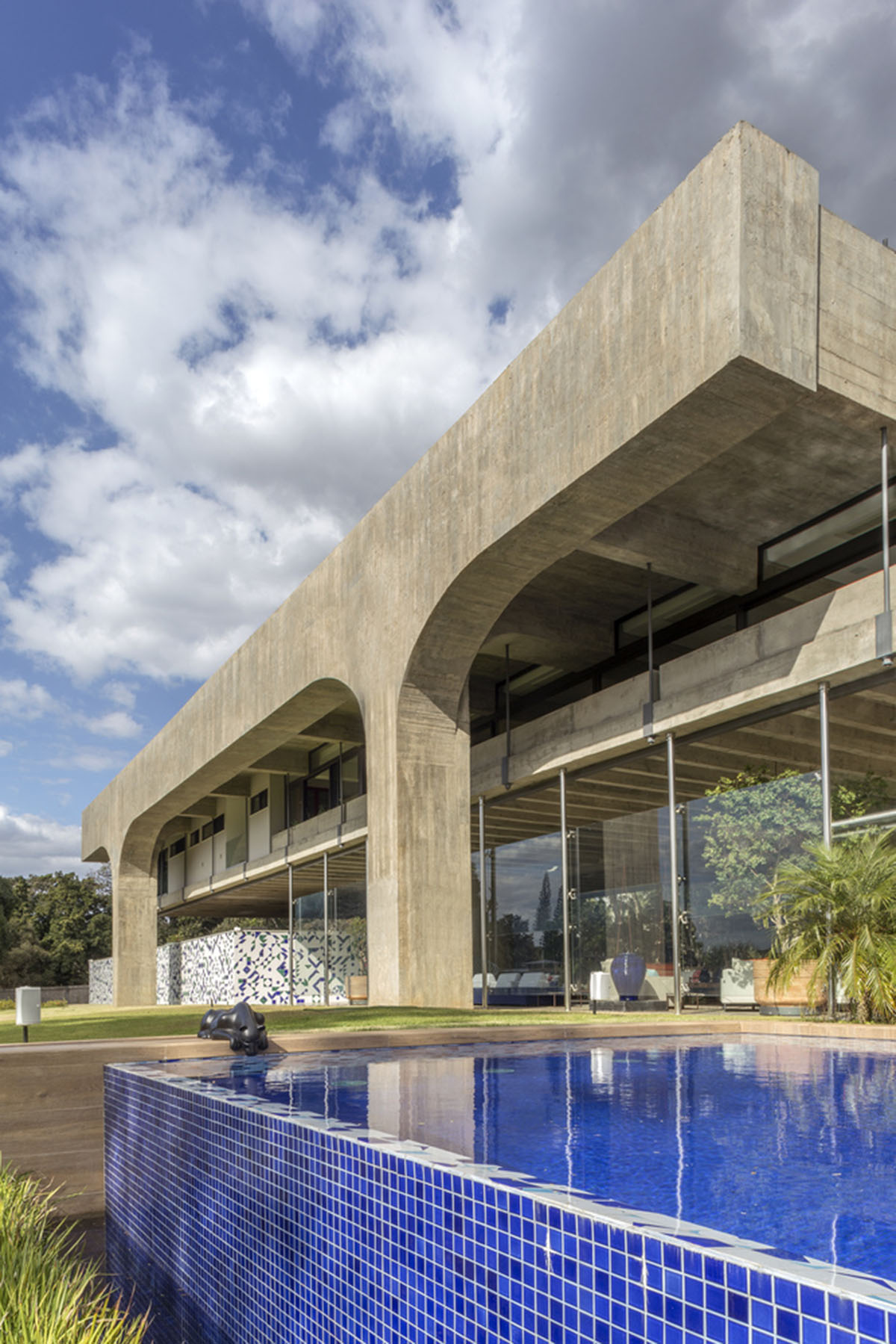 On the ground floor, the interior was conceived as a flexible dining and living room which creates a continuous space flowing into the garden. A giant concrete structure also provides a shelter for the owners' private car. The ground floor completely dissolves outside-inside relationship which is partially closed with floor-to-ceiling windows.

According to the architects, there was a lack of privacy in the rooms of the residence in the old plan which has always been an observation by the owners. 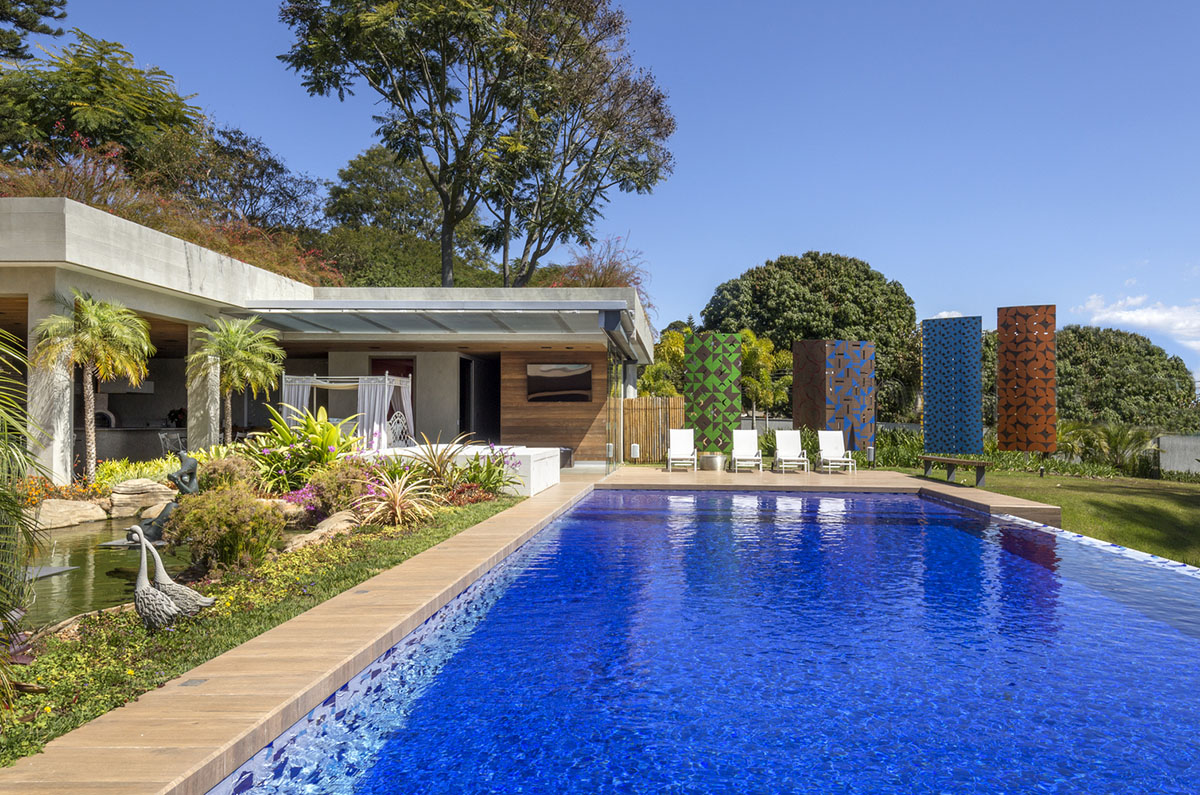 "To correct it, the architect invested in new installations and acoustics techniques. Aesthetically, decorative sculpted elements were used to separate rooms and allow natural ventilation," added the firm.

In the finishing touches, exposed concrete, wood, marble and granite were used. Lighting, which previously had a dismal appearance, also gained new lighting and automation solutions. 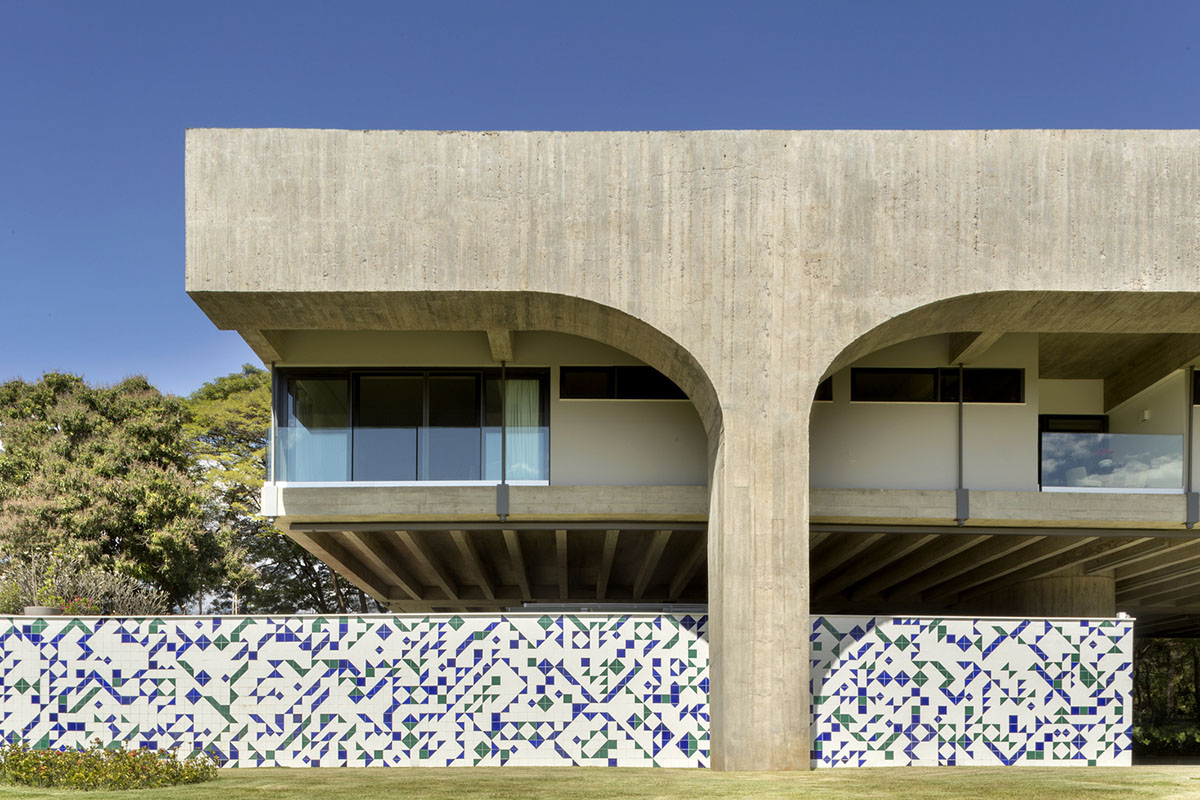 All rooms in the house have large glass panels with a wide view to the outside. The living room, with glass room dividers which allow for a 270 degree vision, promotes a beautiful view of the garden, of the whole city and of Lake Paranoá.

One of the highlights is the Athos Bulcão panel: measuring 170,8 square meters, it is the largest piece in a private residence in the world. 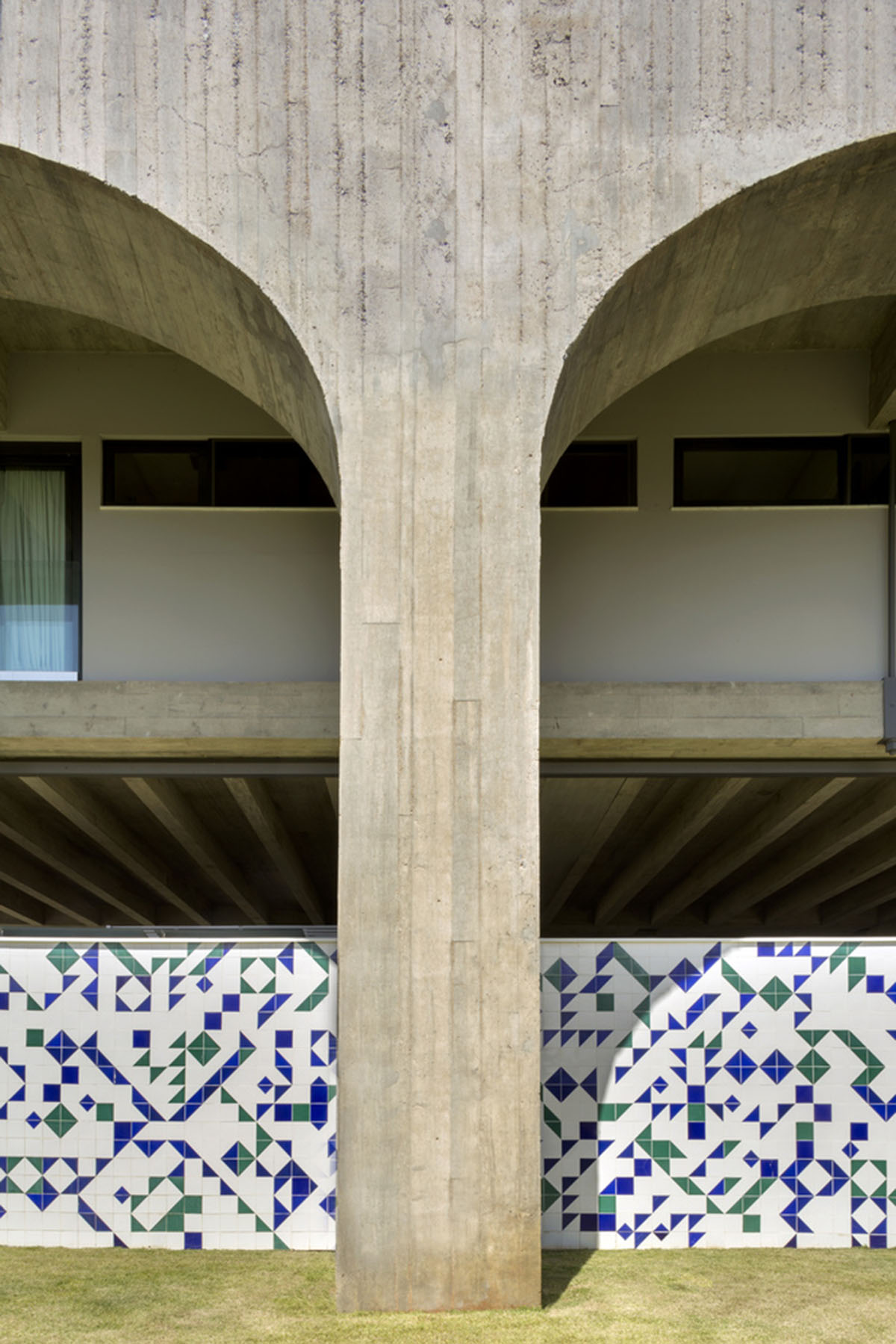 The architect was also responsible for the management of the construction of a recreation area, previously non-existent, which received a lounge with gourmet kitchen, spa, wine cellar, spacious bathrooms and an infinity pool. 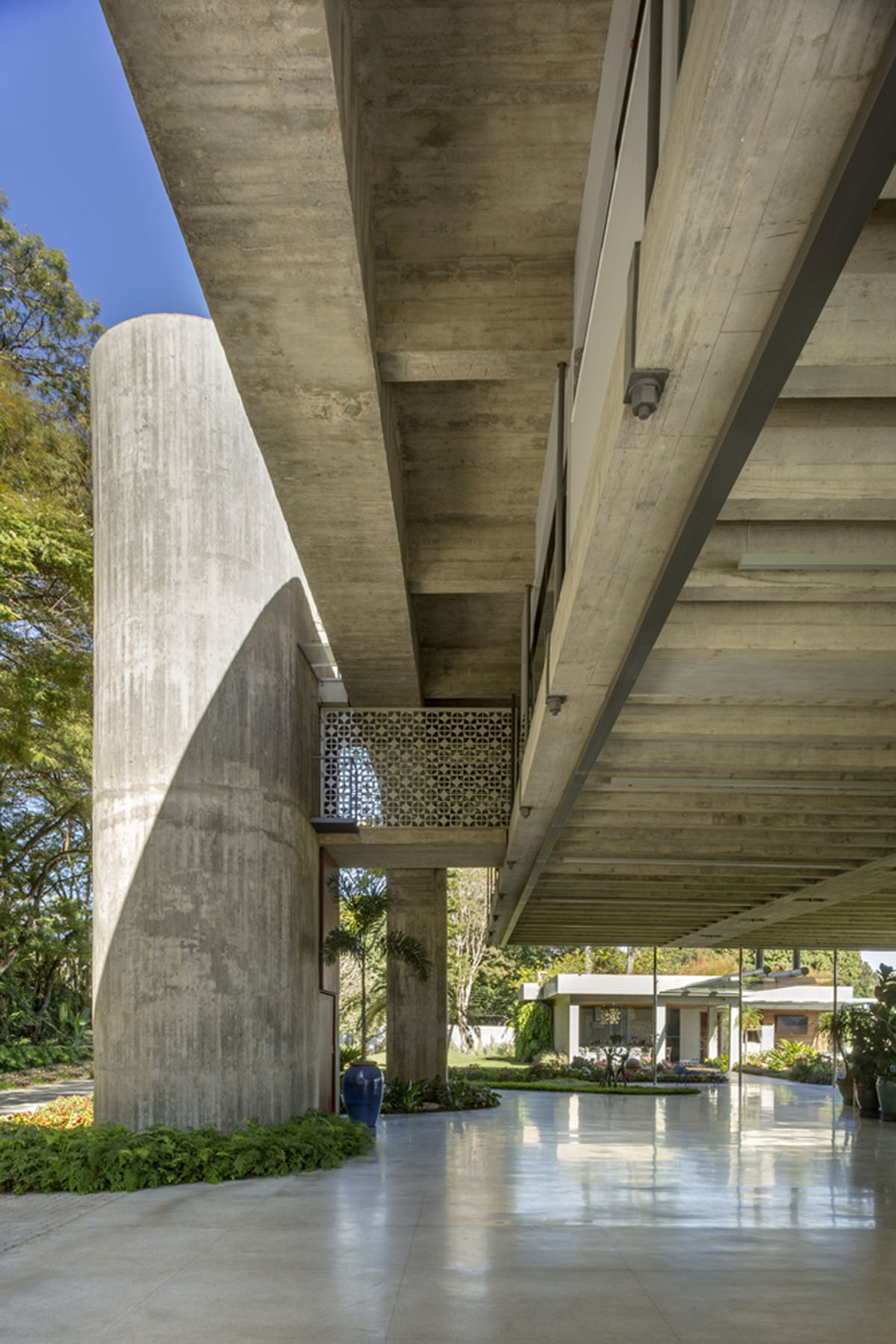 Sculptural rotating panels with brise-soleil functions were designed and executed to compose the space. The overall landscape was designed by Lutero Leme, who contemplated a 380 meter walking trail, permeated by grass, flower beds, fruit plants, pergola and gazebo. Another highlight of the project is sustainability, added the studio. The studio installed solar panels on the roof to create energy-efficient building; photovoltaics were used for heating water for domestic use, swimming pool and spa.

Two underground tanks (40,000 liters total) were also built to store rainwater and all gray water after being treated for garden irrigation, and a 6-m³ composting system. To further reduce the environmental impact, four charging modules for electric vehicles were installed. 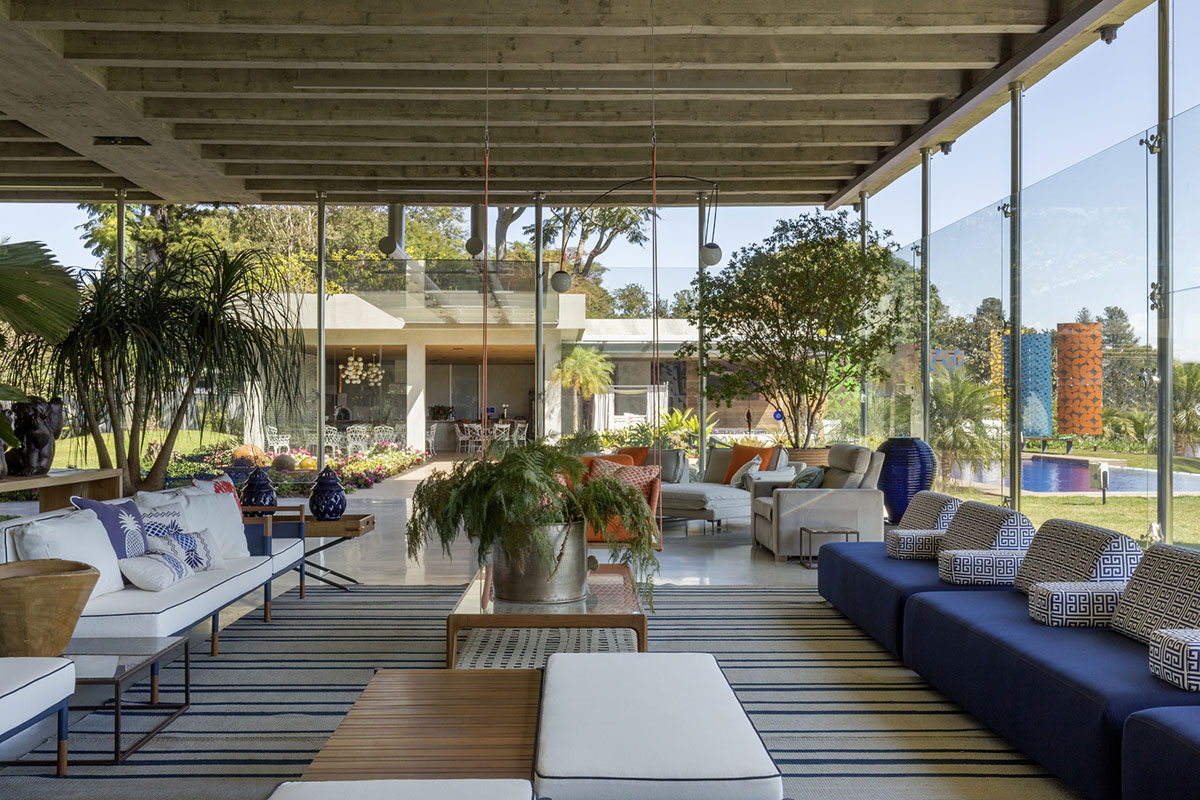 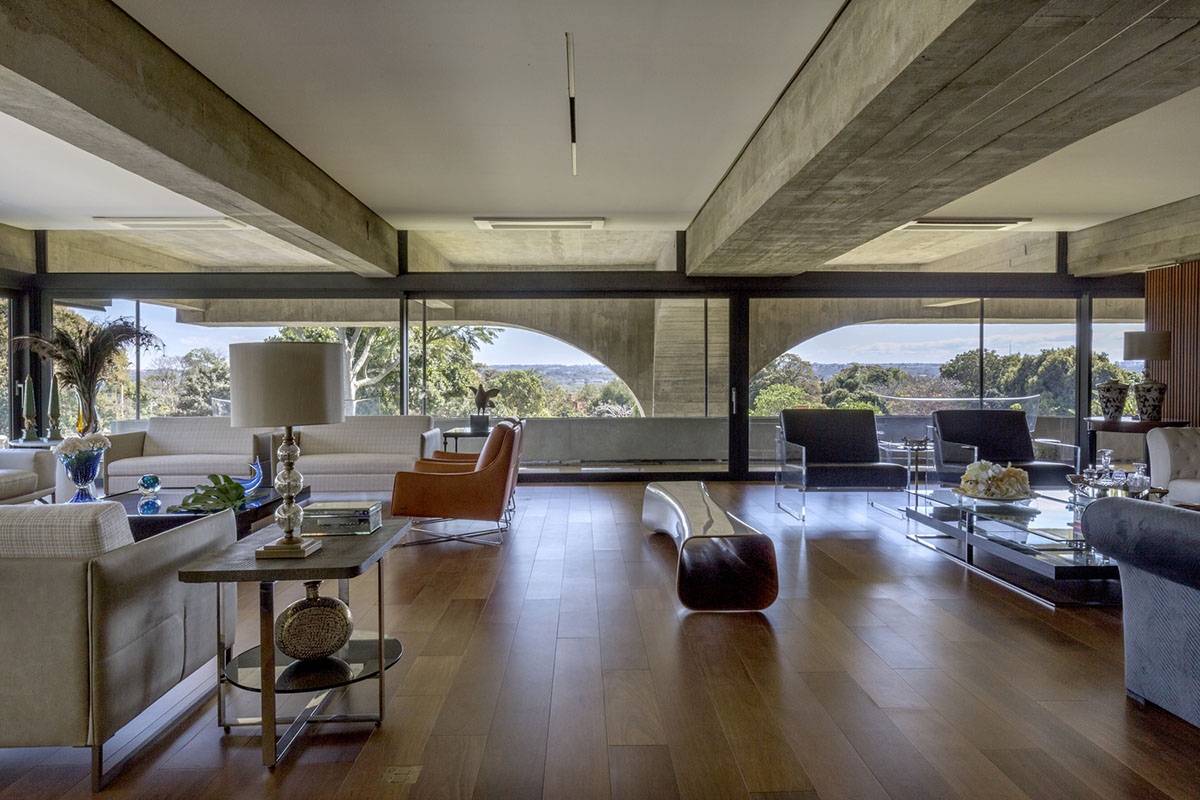 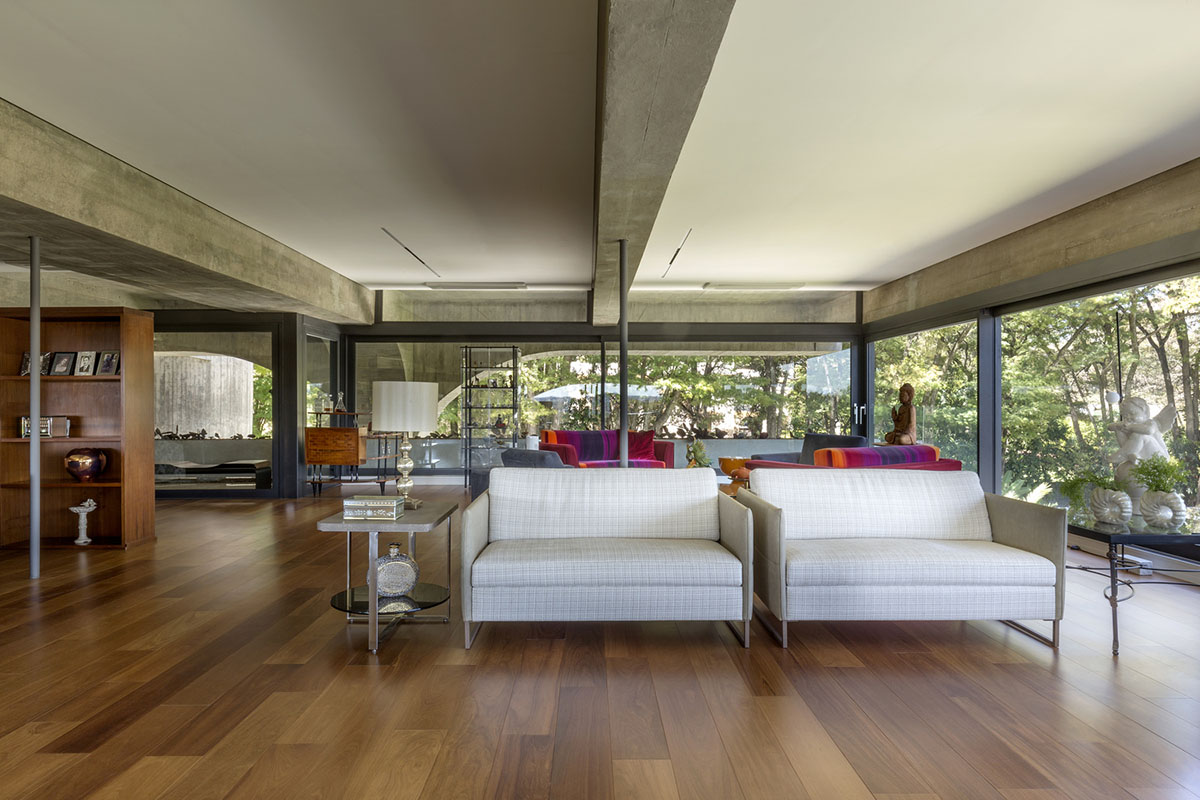 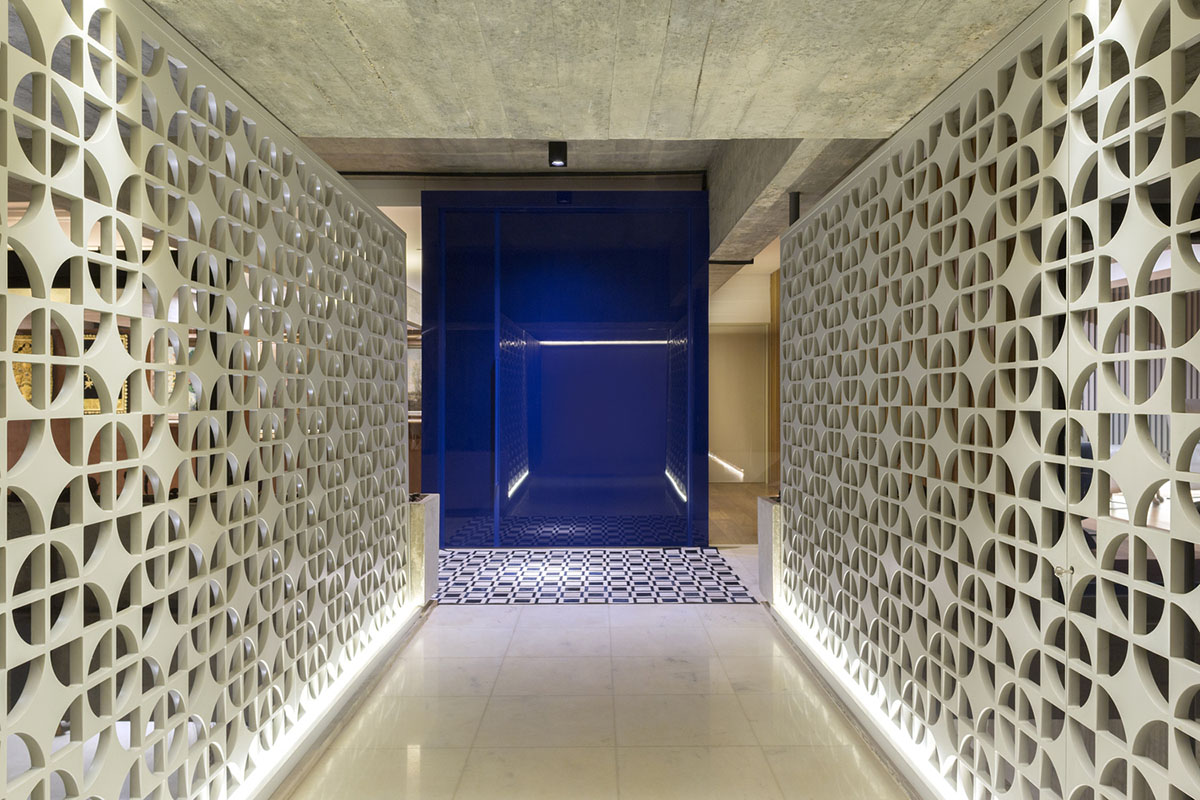 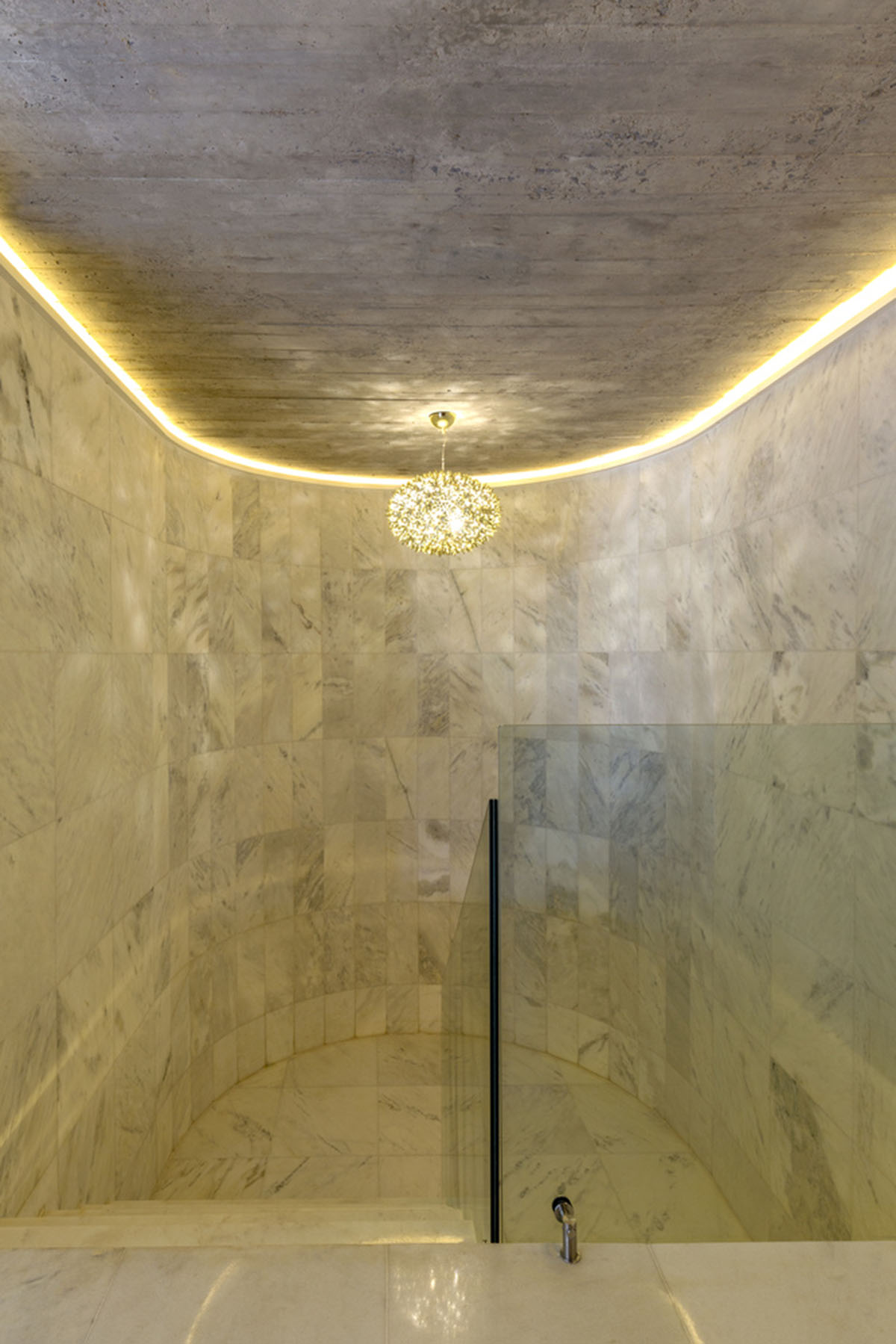 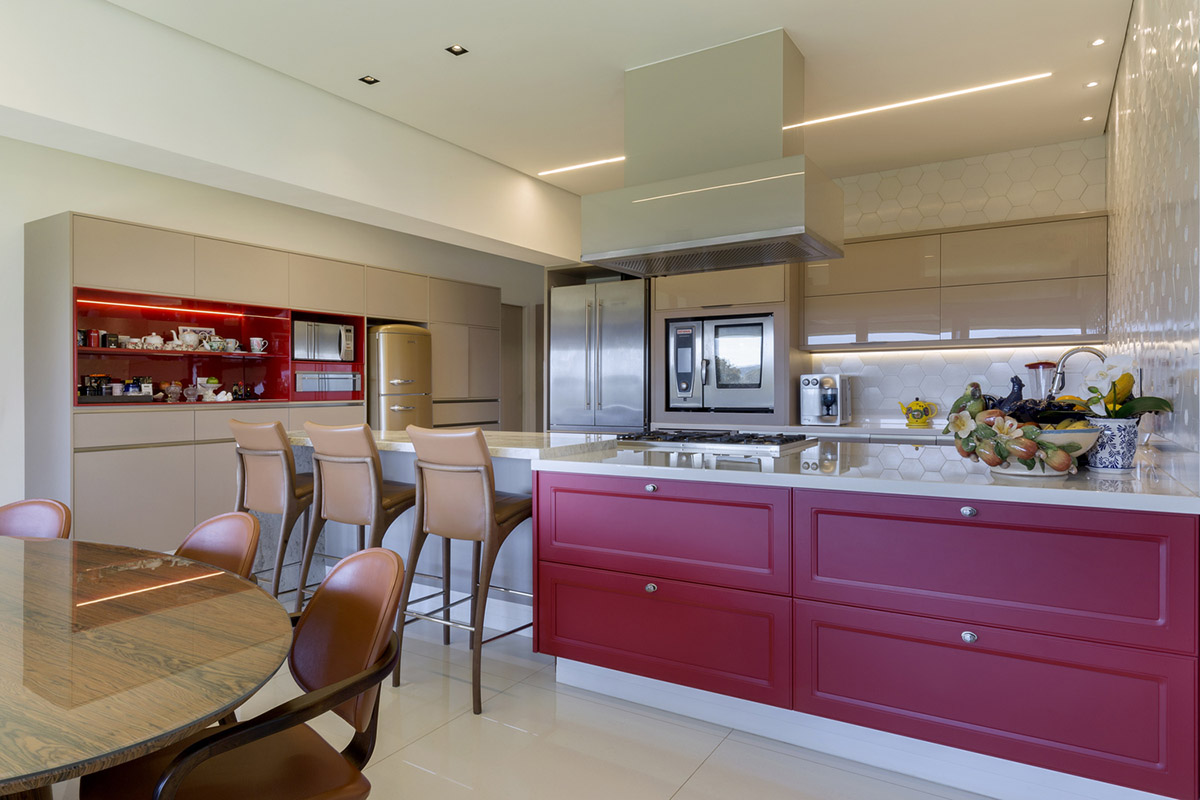 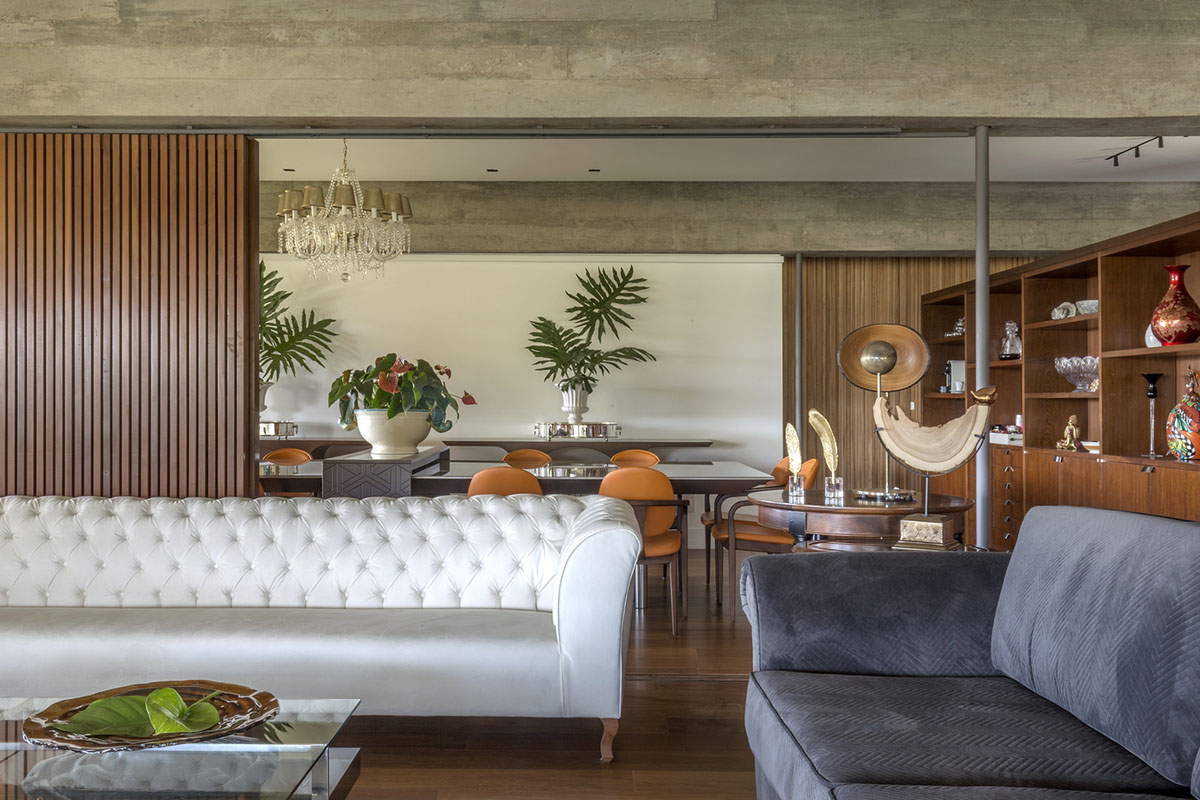 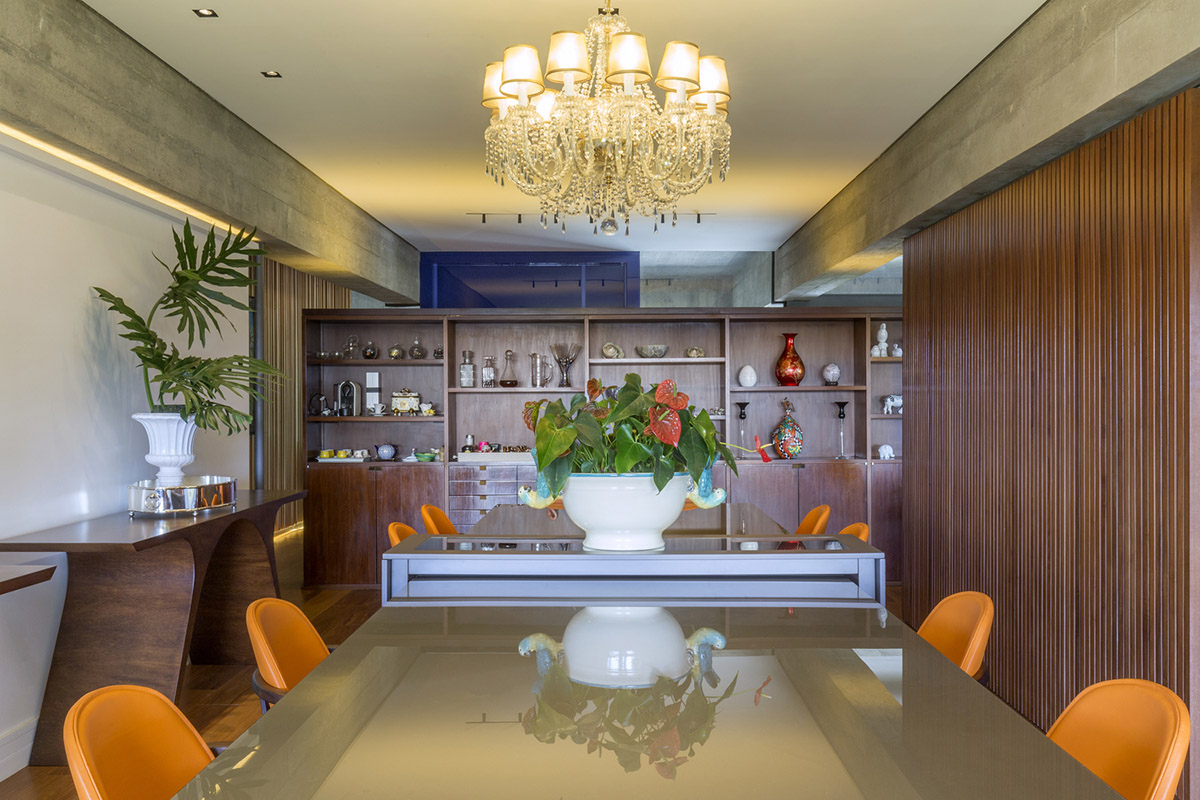 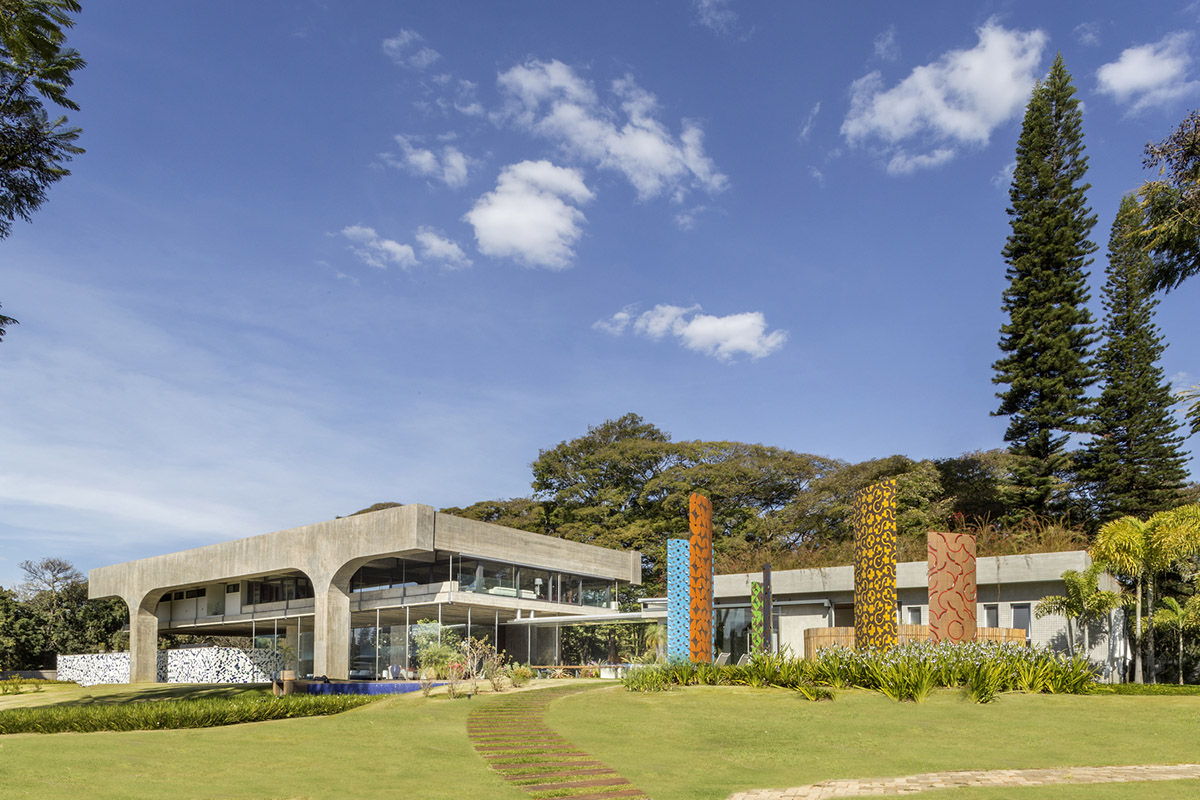 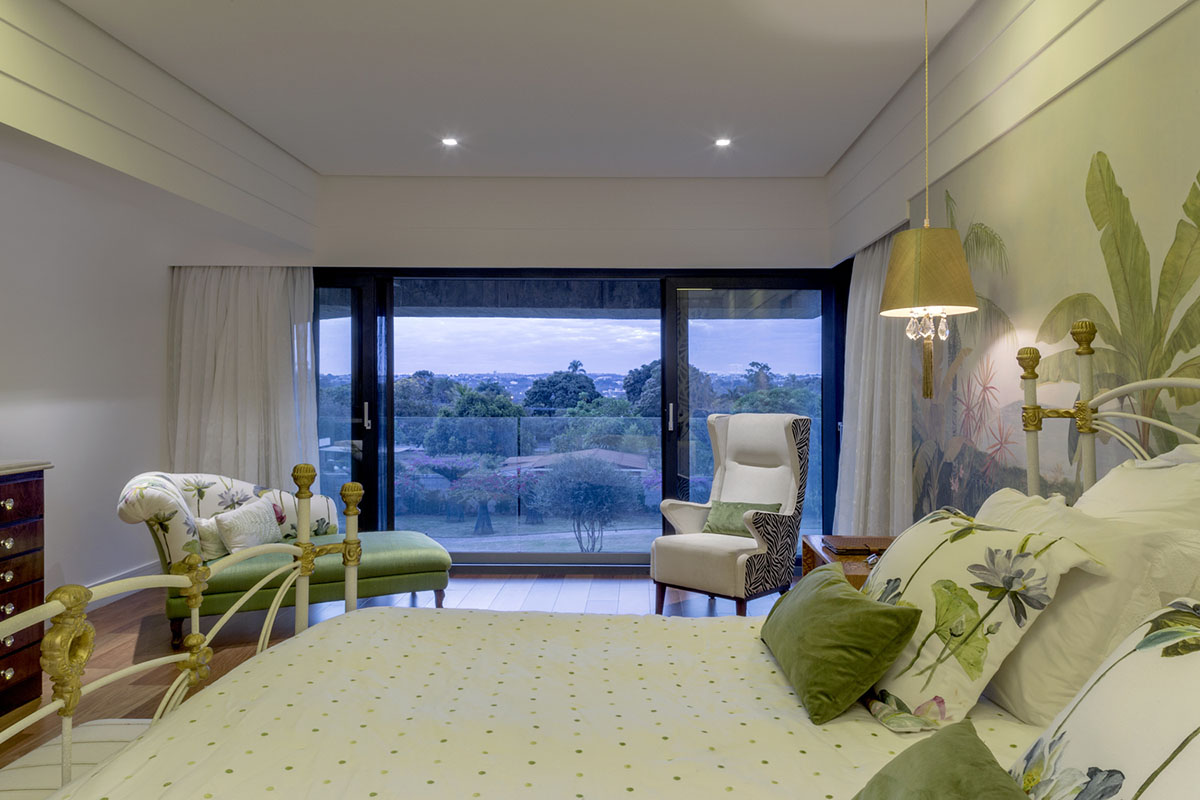 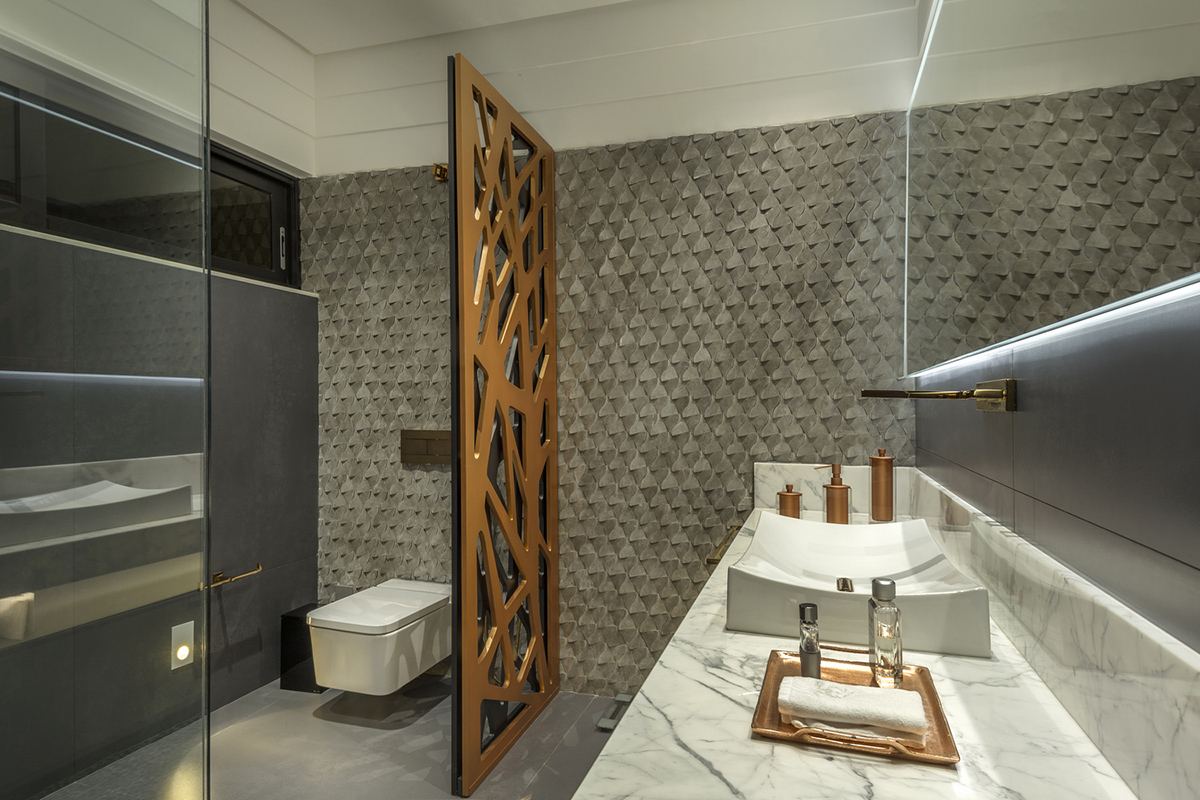 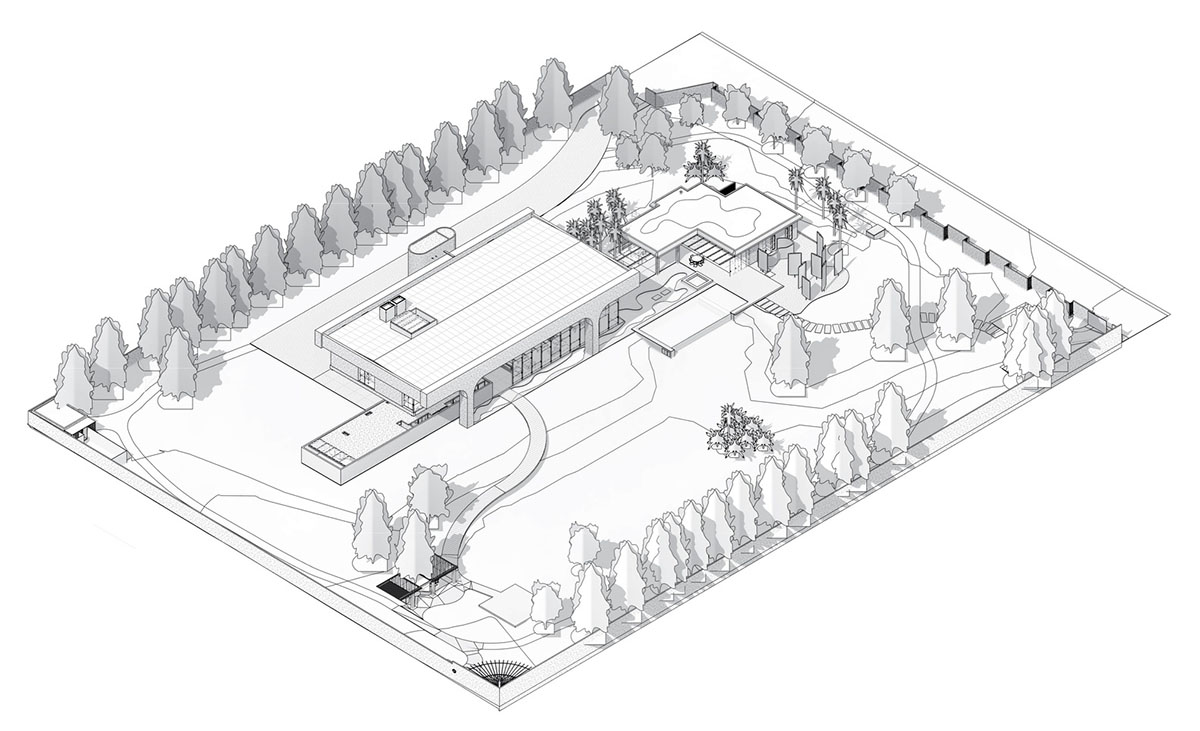 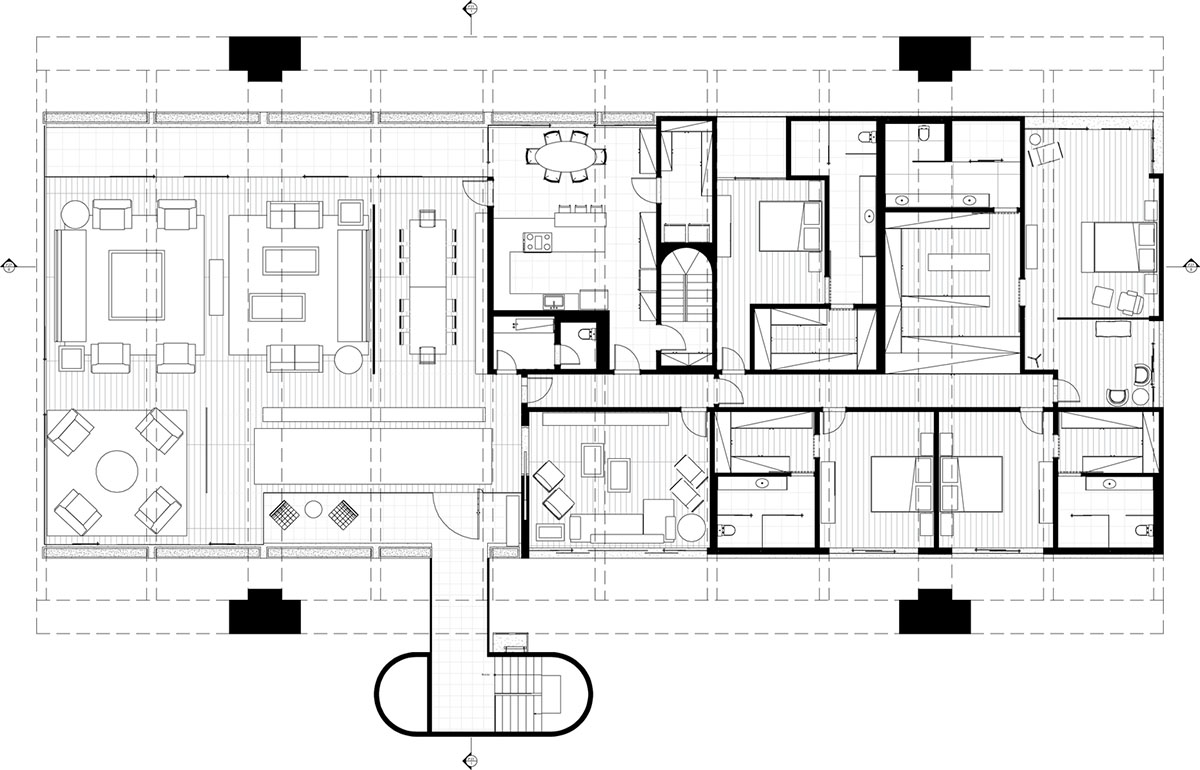