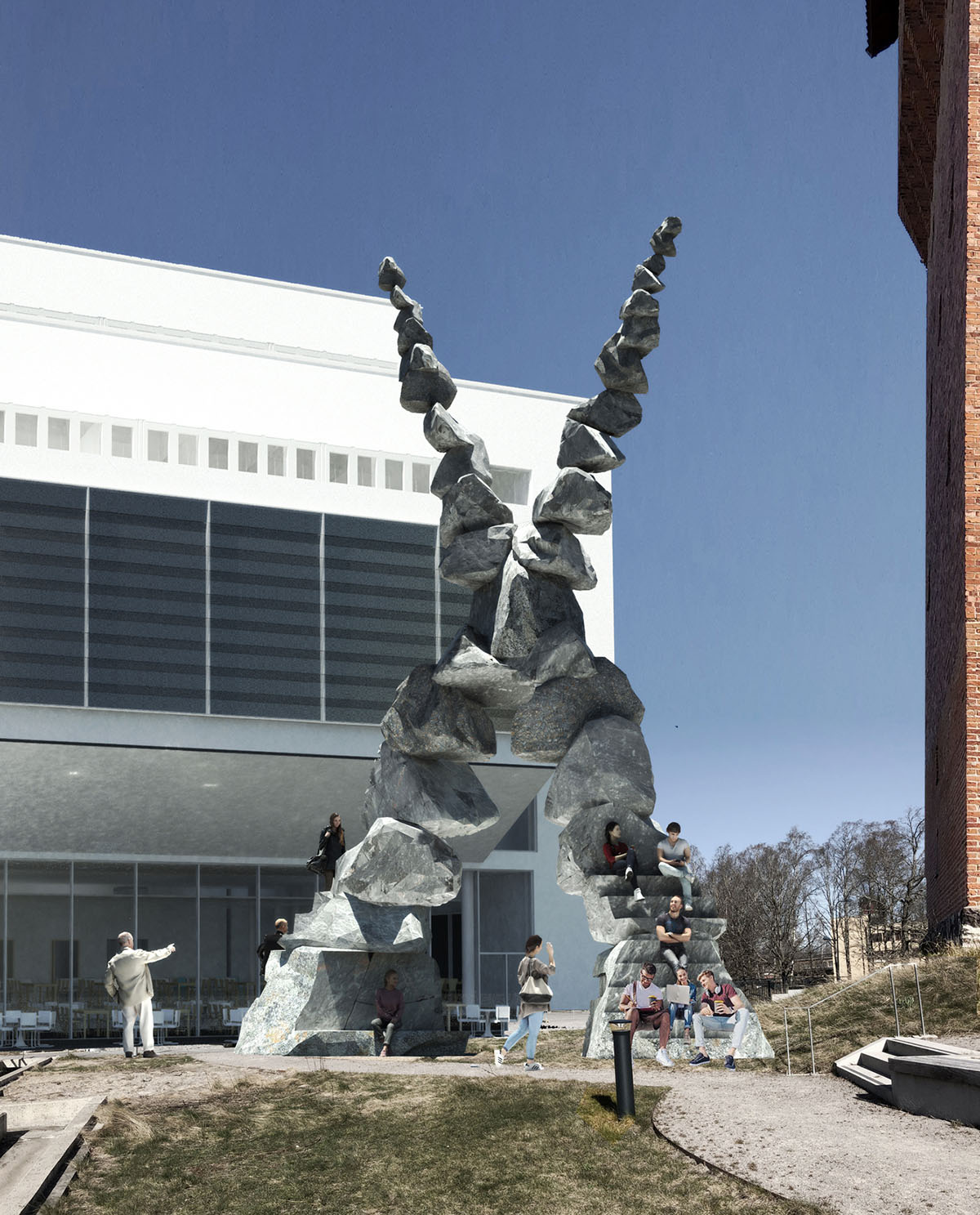 Stockholm-based architecture practice Ulf Mejergren Architects (UMA) has released design for a pavilion, named X, made of stacking stones in front of a new university building in Örebro, Sweden.

A university in Örebro, Sweden, where all buildings on campus are named after letters, is expanding and will construct a new building containing a large auditorium, lecture halls and a restaurant among other things.

The letter chosen for the new building is X, and it will be situated next to a new entrance plaza where the university wanted an iconic pavilion that would define the site and become a meeting point that people could gather by. 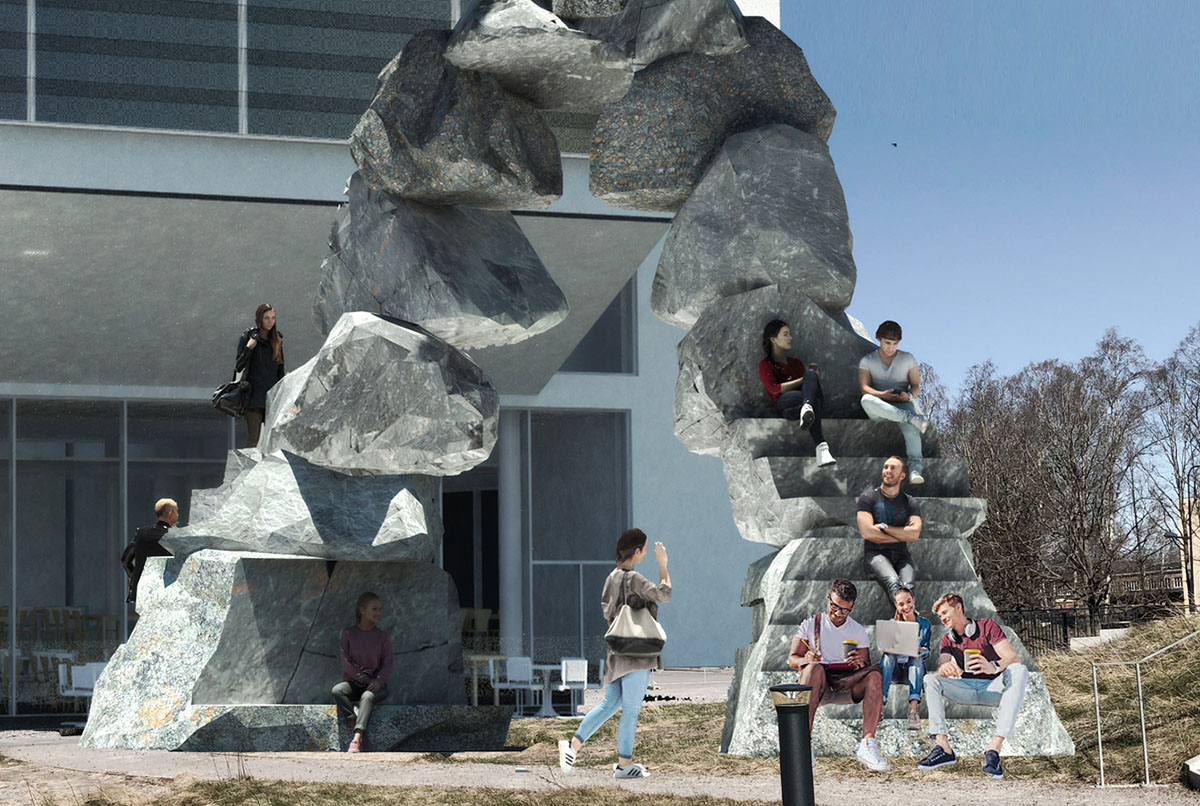 "Since we knew that there was going to be a lot of rocks available from the construction of the new building, since the bedrock is visible and the building will have two floors below ground level, we decided to use those future boulders for the pavilion," said UMA.

Stacking stones to mark an important place has been practiced since the dawn of civilization and erected in widely separated places of the world and by cultures completely unaware of each other. This pavilion would be an updated and refined version of this practice. 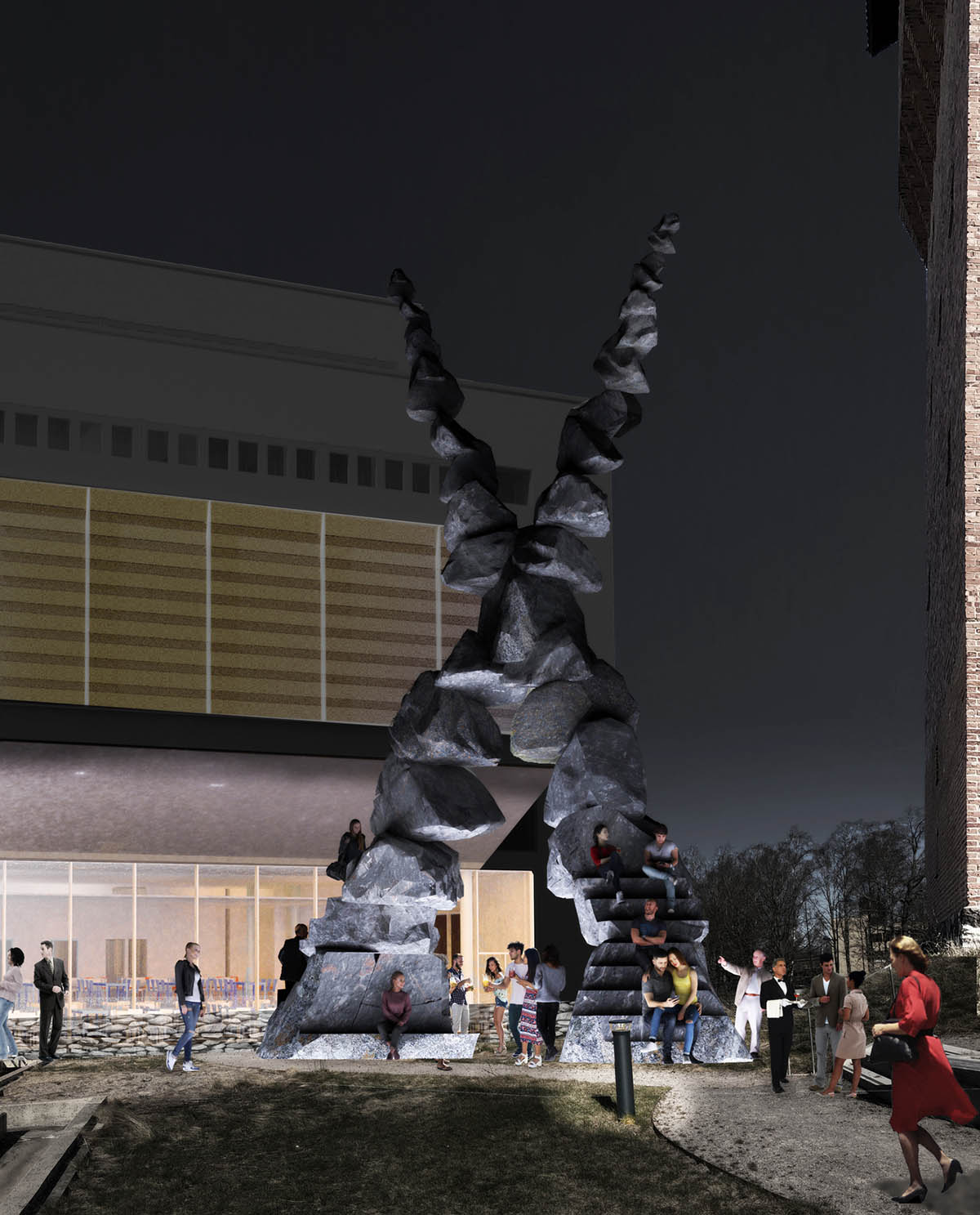 The boulders form a vault at the base with two protruding piles of stones that are reinforced with steel bars, thus creating an X. In addition to the obvious name relation with the new building, the X would also be seen as a meeting point, like a reference on a map.

The lower parts of the stone vault have steps where you can sit, and a large bench as well as an integrated desk. The boulders are equipped with hooks to allow unexpected things to happen, swings, hammocks or outdoor gym gear could for example be attached by the students. All this will add a flexible dimension to the structure which makes it possible to also read the X as a mathematical variable which changes its content after context. 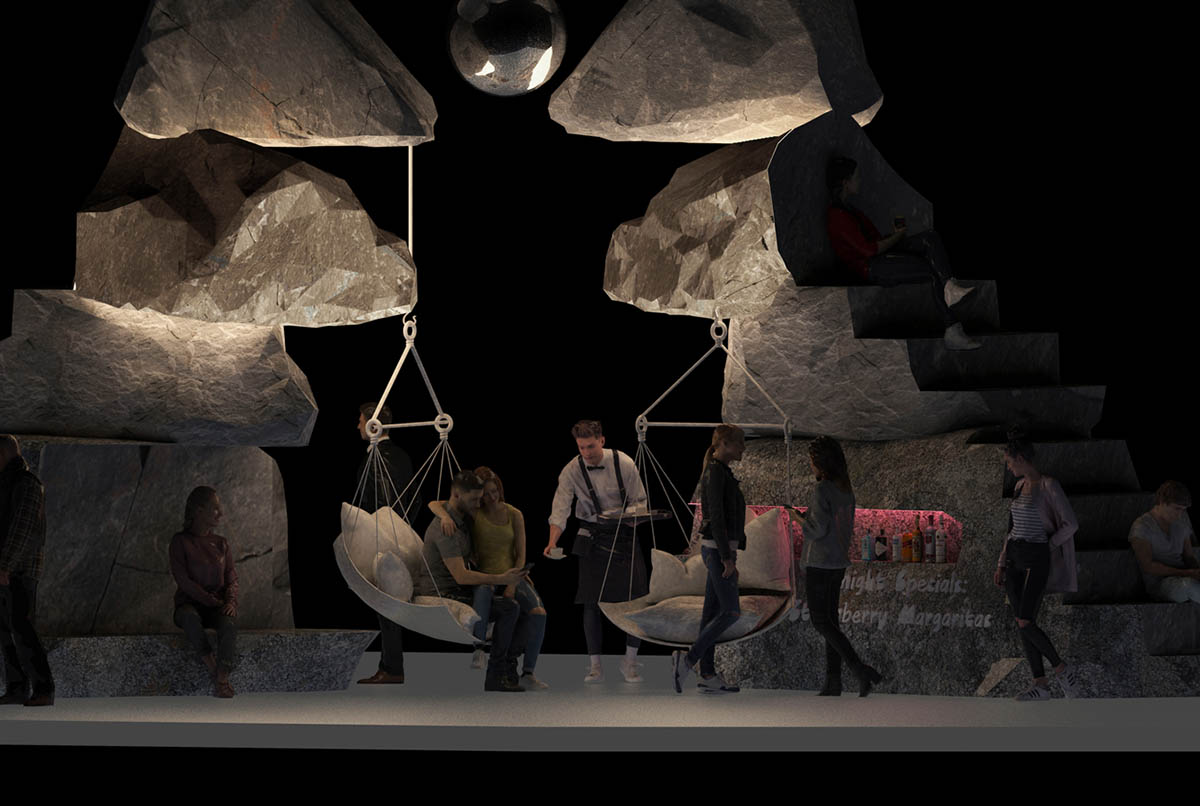 Sometimes a bar, sometimes an outdoor gym or maybe an information desk. The flexibility will strengthen the role of the pavilion as an interesting and alive gathering place that constantly will change its character, such as the variable it is supposed to be. Eternal and updated at the same time. 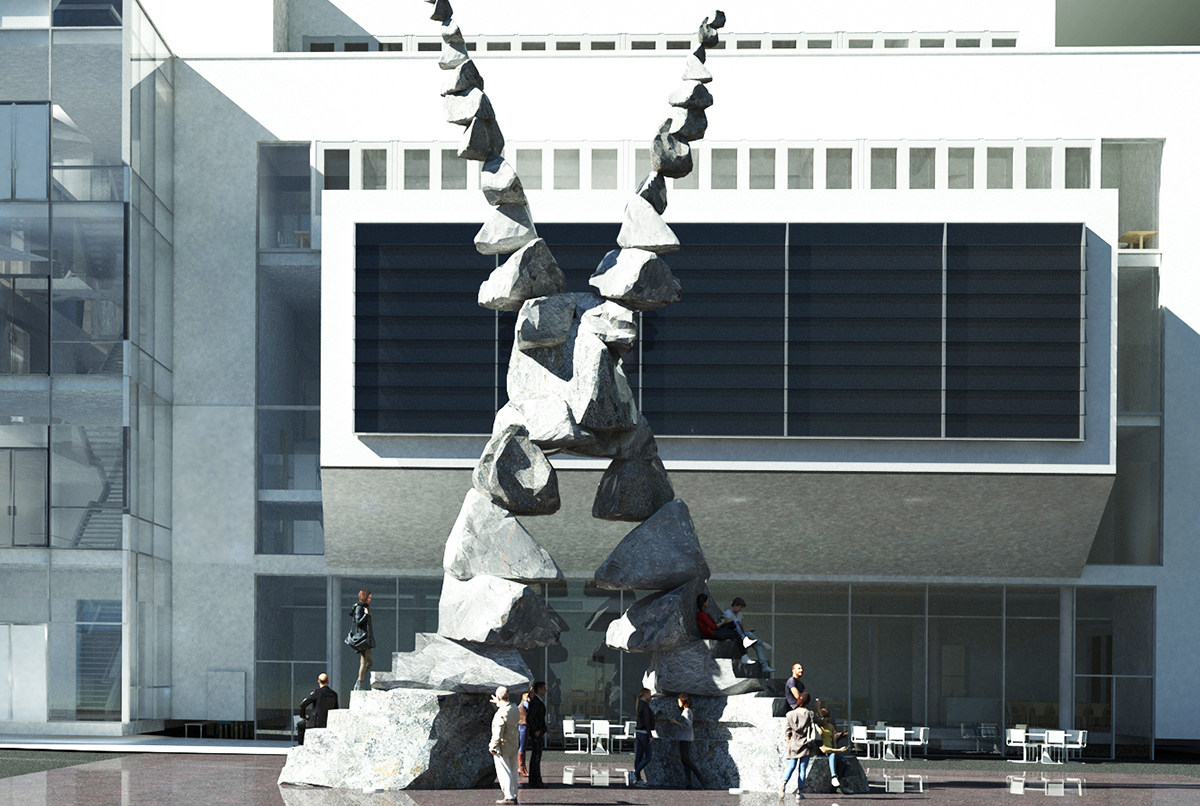 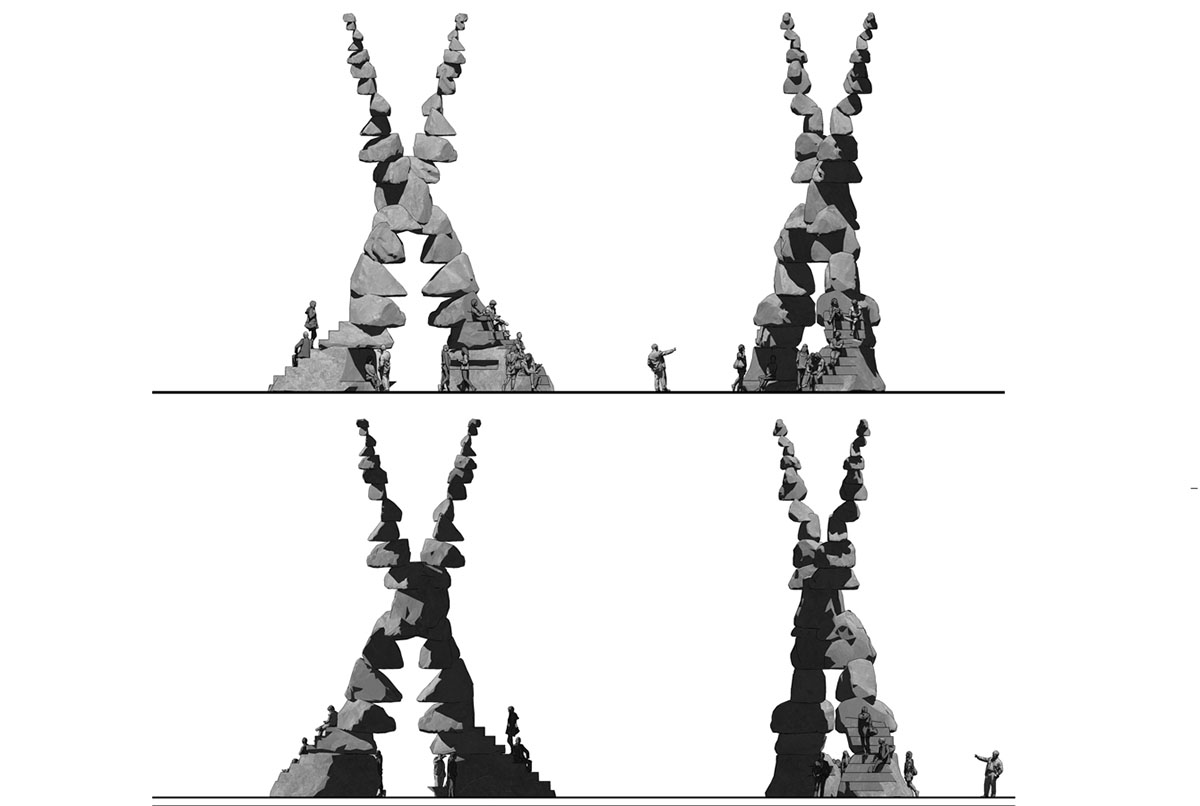 All images courtesy of UMA