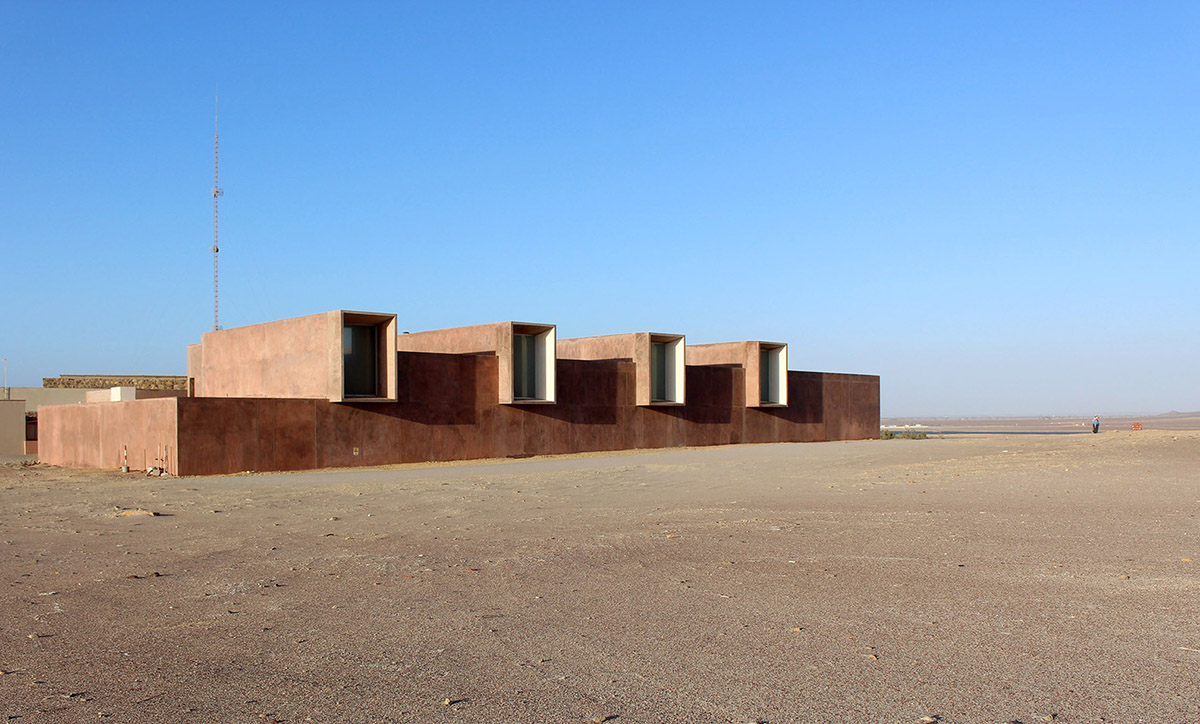 An old museum on the Peruvian desert has been replaced with a new archaeology museum designed by Lima-based architecture studio Barclay & Crousse.

The new museum, named Paracas Museum, is located on an arid site in Paracas, a small town on the Peruvian coast. The original museum was destroyed in an earthquake in 2007 and the architects won the first prize in a competition in 2008 to rebuild a new archaeology museum on the same site.

With a delicate design process and intervention, Barclay & Crousse designed a new museum that carries the traces of the site heritage and keep balance between the landscape and the new museum. 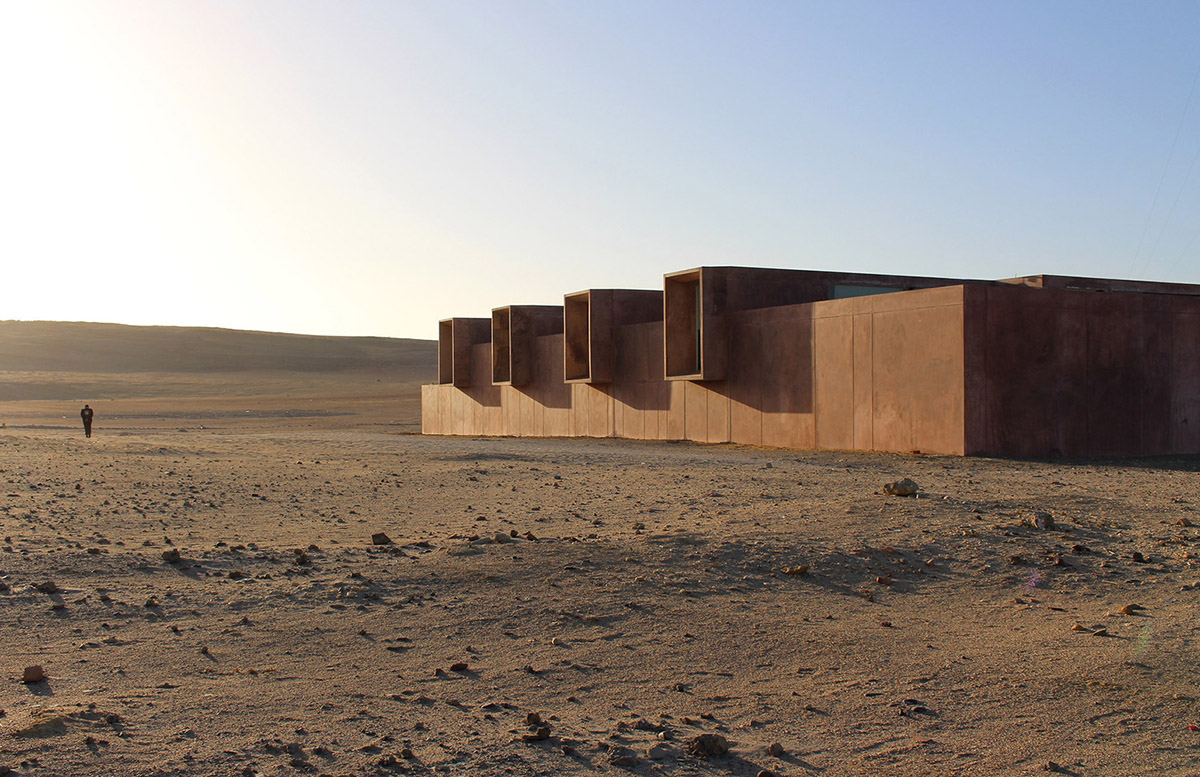 The Paracas Museum, completed in 2016, features a strong architectural language with its protruding volumes and materiality, making the building completely part of the landscape.

As the architects highlight, the new building follows the previous museum's design: through its rectangular geometry and compactness. A single corridor, described as a "crack", defines the whole internal program and arrangement. 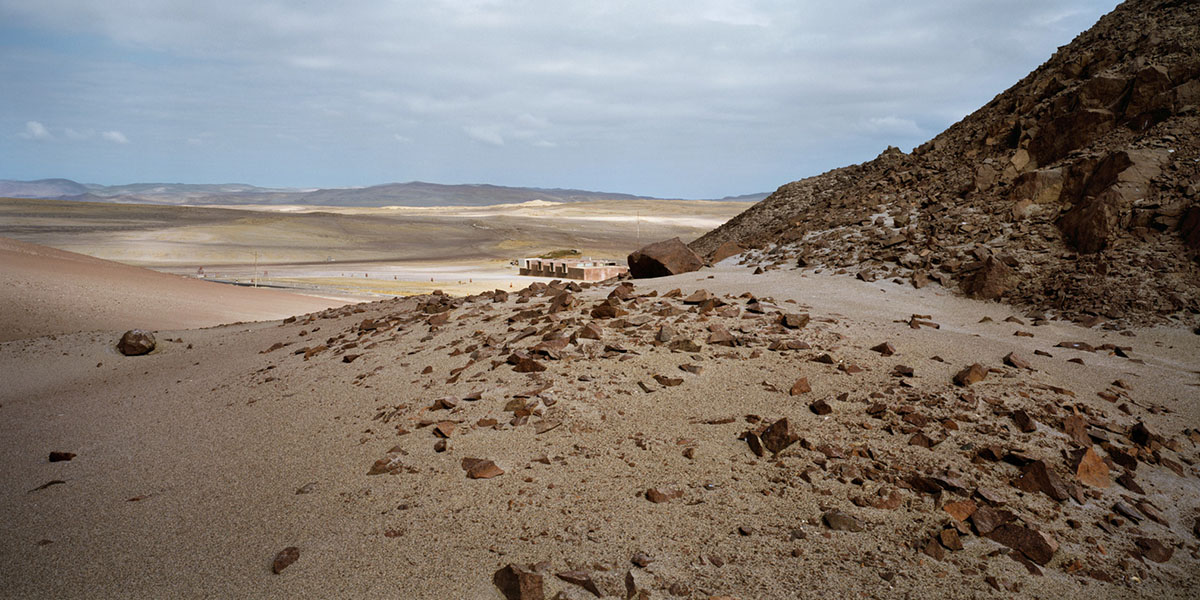 "A crack or flaw breaks in this volume, separating the museum and conservation spaces from the ones dedicated to interaction and learning (workshops, meeting rooms and services)," said the studio.

"The different access to these spaces are located along this "crack"."

"A seemingly contradictory hybridization between the labyrinthine spatiality, used by the ancient Peruvians, and the fluid and dynamic contemporary spatiality, is explored in the interior," the studio added. The environmental harshness of the Paracas Desert and the preservation requirements of the collection are solved with an "environmental regulator device", that defines the architectural volumes and spaces.

The low-rise museum acts a landscape itself derived from its volumetric porosity. Designed with two wings, the first wing accommodates exhibition galleries and conservation areas, while the second wing forms education spaces. According to the architects, this "device" allows to provide controlled natural and artificial light, natural ventilation and cooling, and act as a transition space between exhibition rooms.

Its geometry reinterprets the motifs of the Paracas textiles, which were its most outstanding technological and artistic expressions. 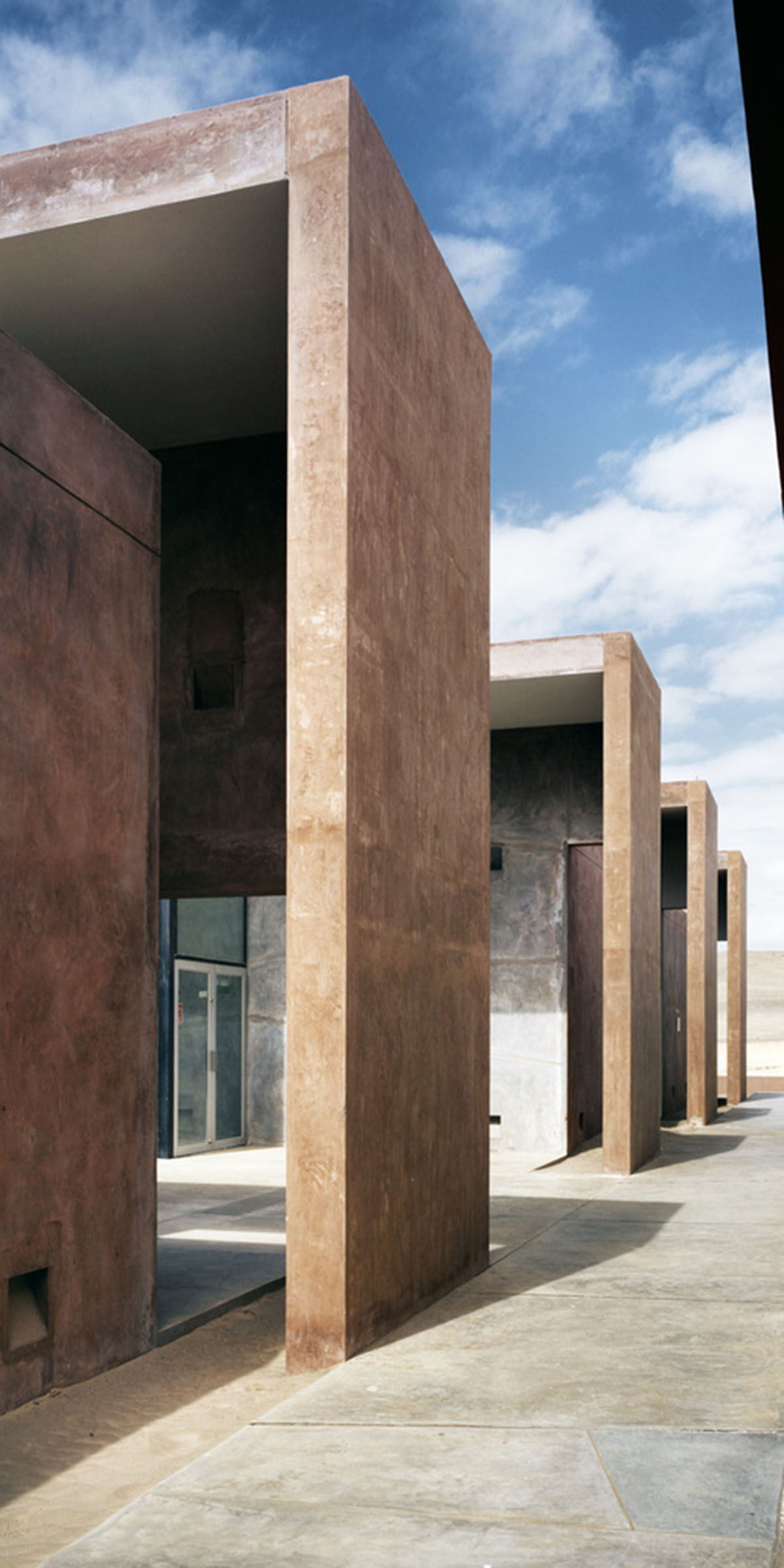 On the exterior, materiality plays a key role to define the museum's architecture. The museum is built entirely with salt-resistant reddish pozzolan cement. The exposed concrete and polished cement that constitute its materiality, blends with the neighboring red dunes.

The patina left by builders in the polished cement give to the museum a ceramic look that resembles the pre-Columbian ceramics that are exposed inside. 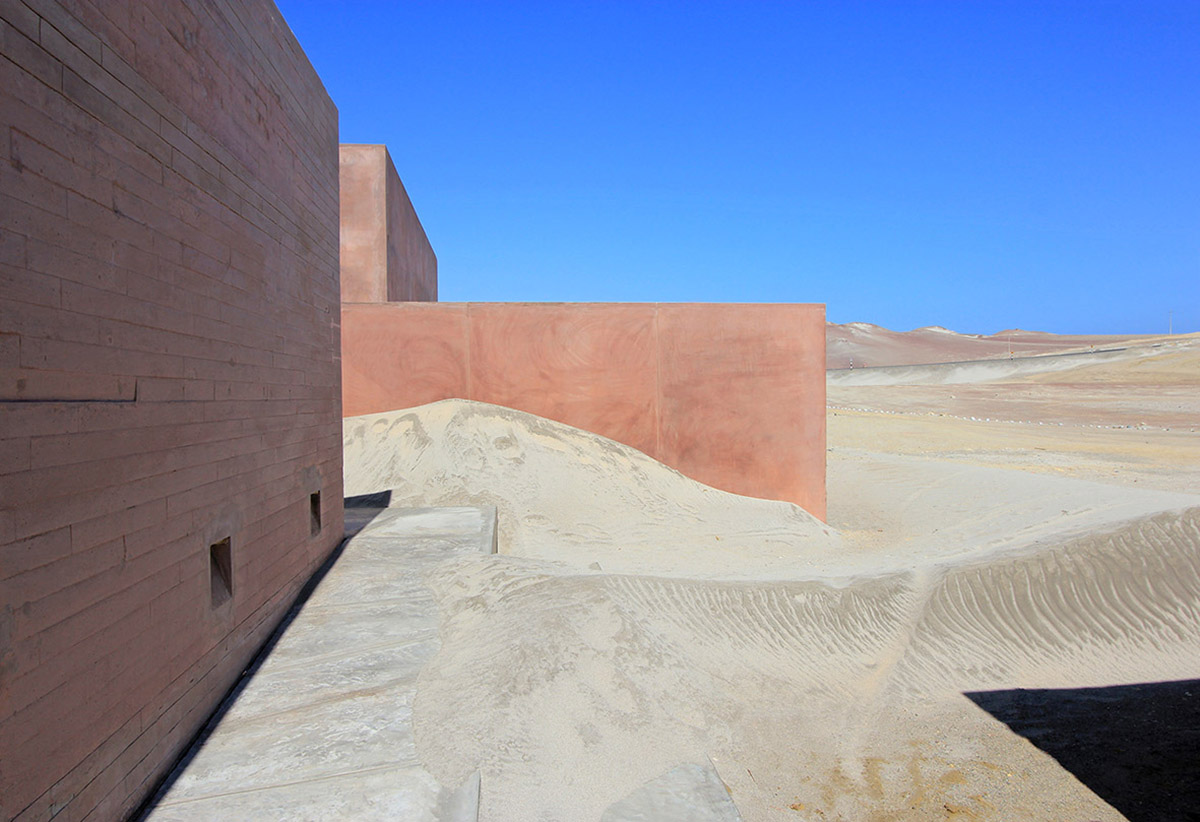 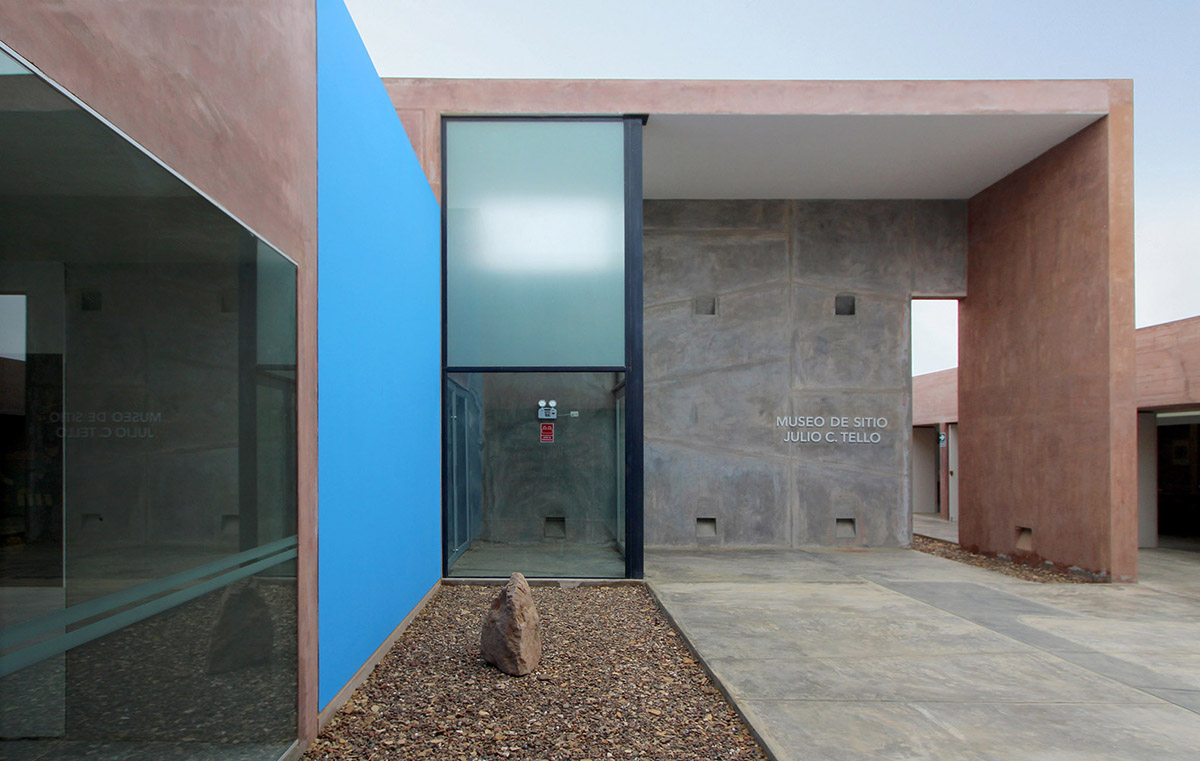 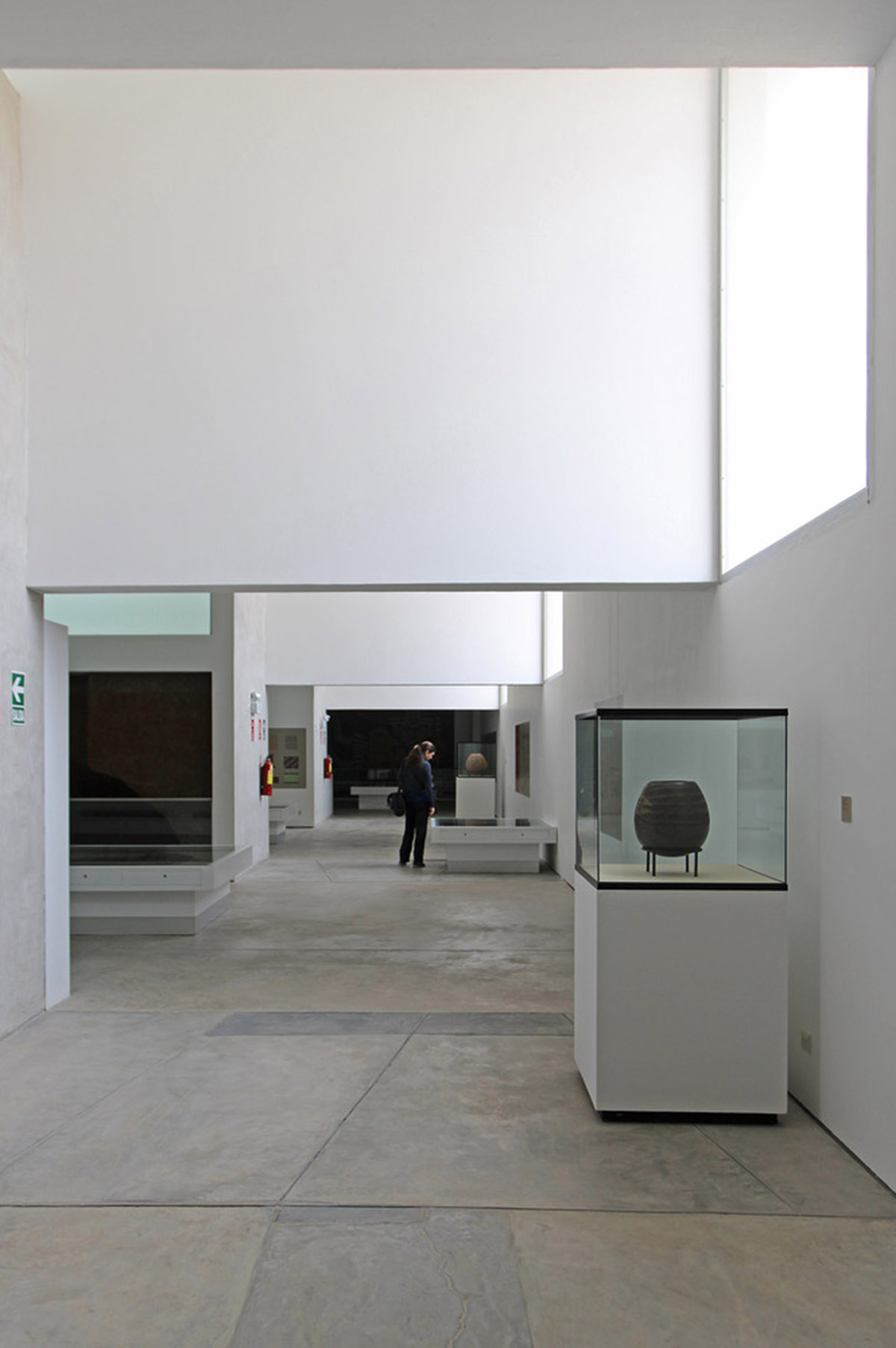 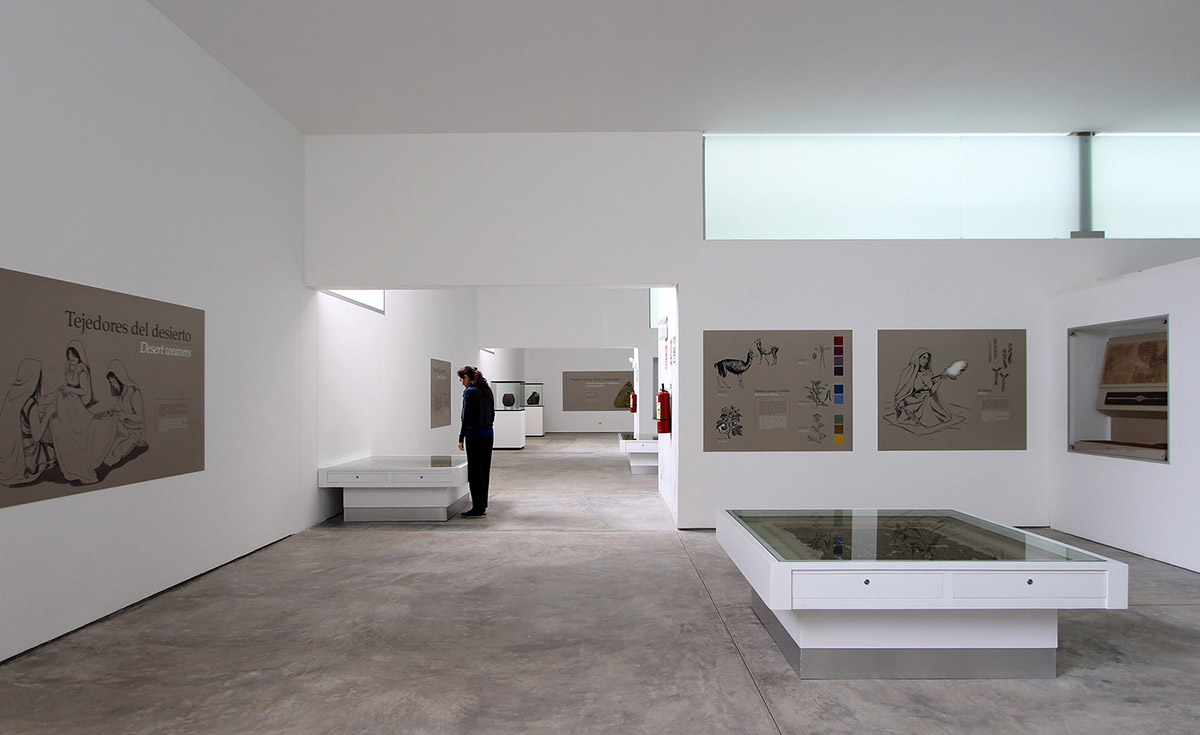 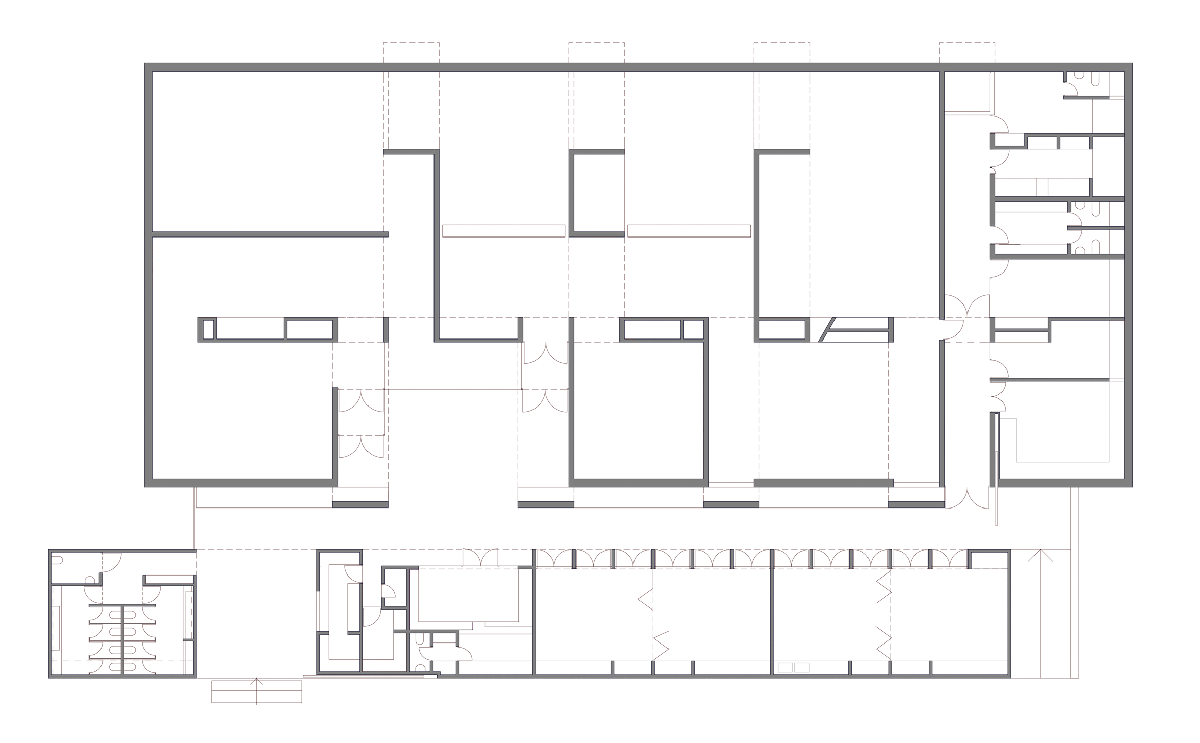 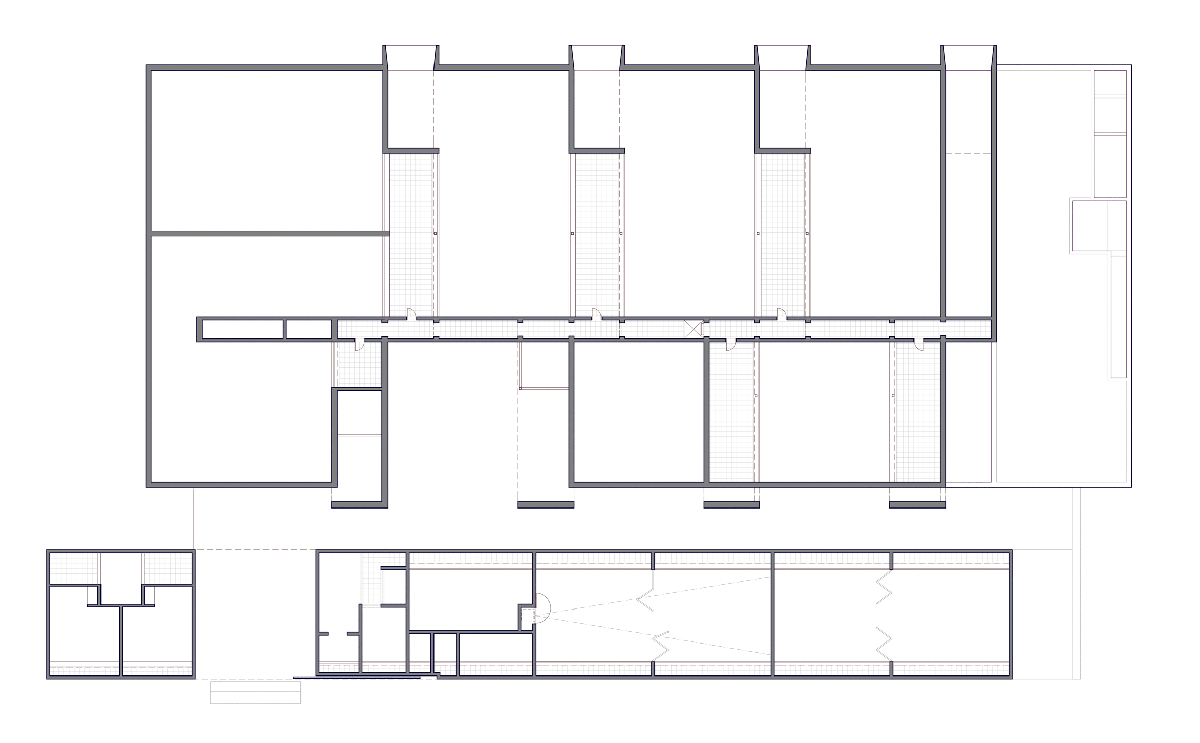 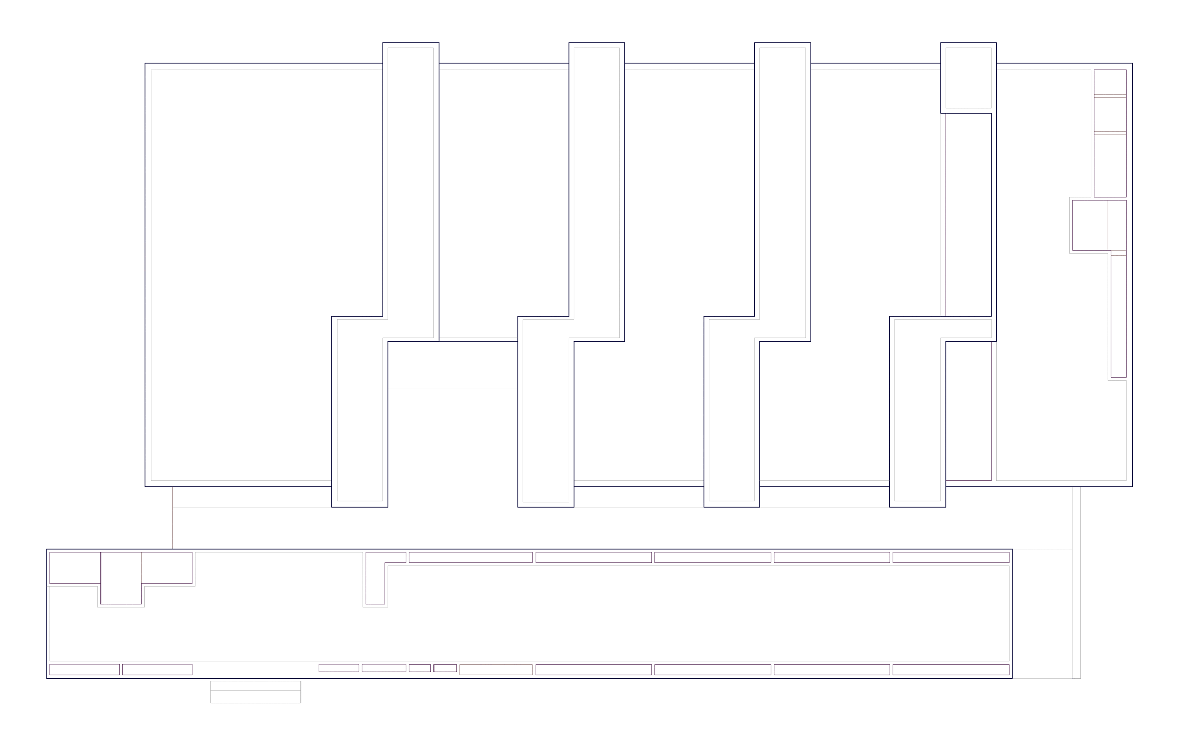 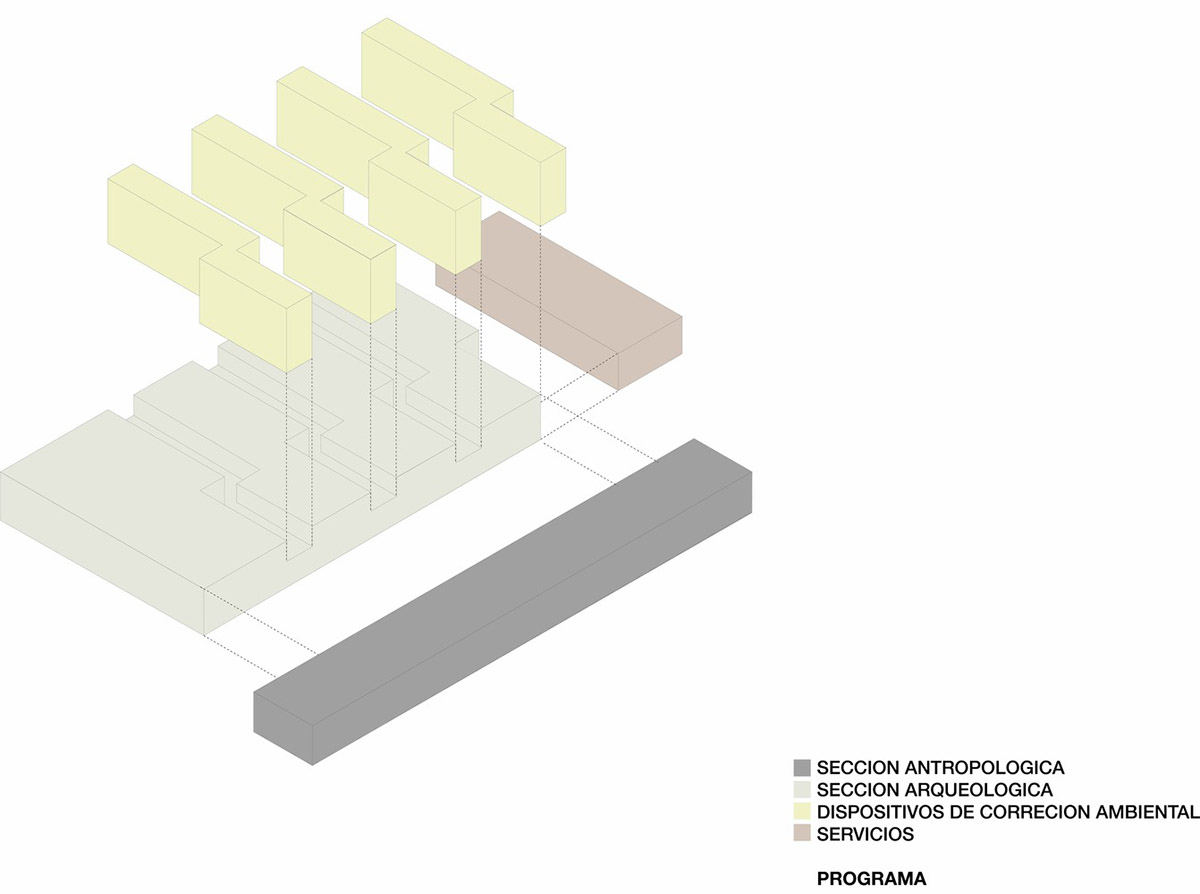 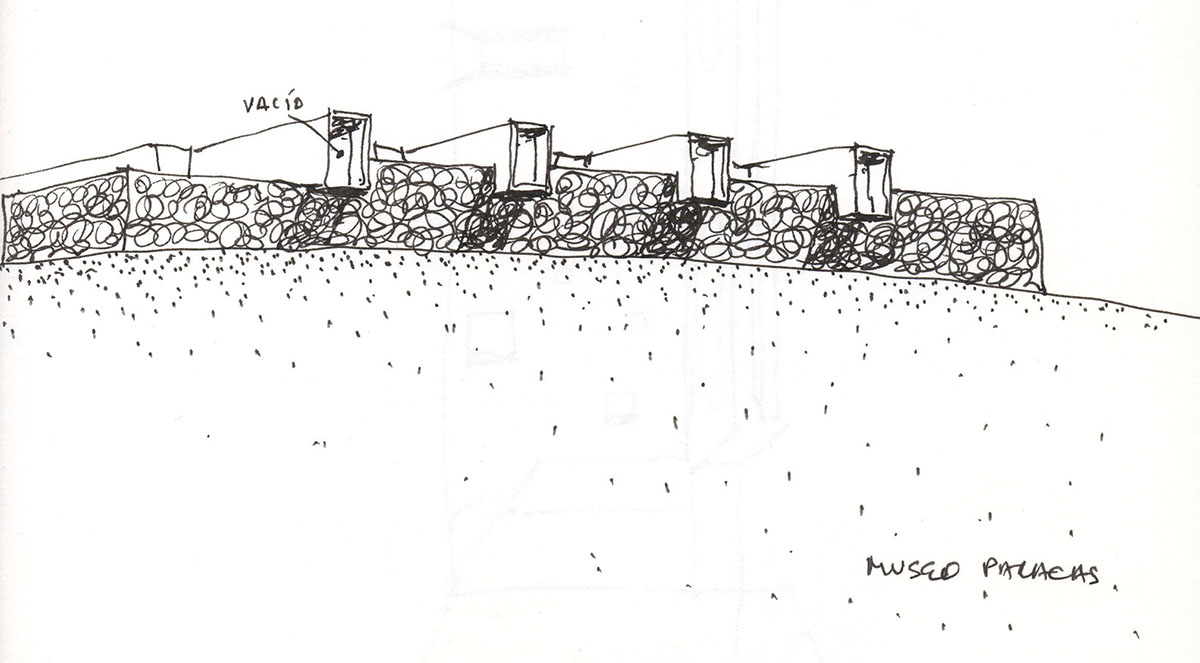 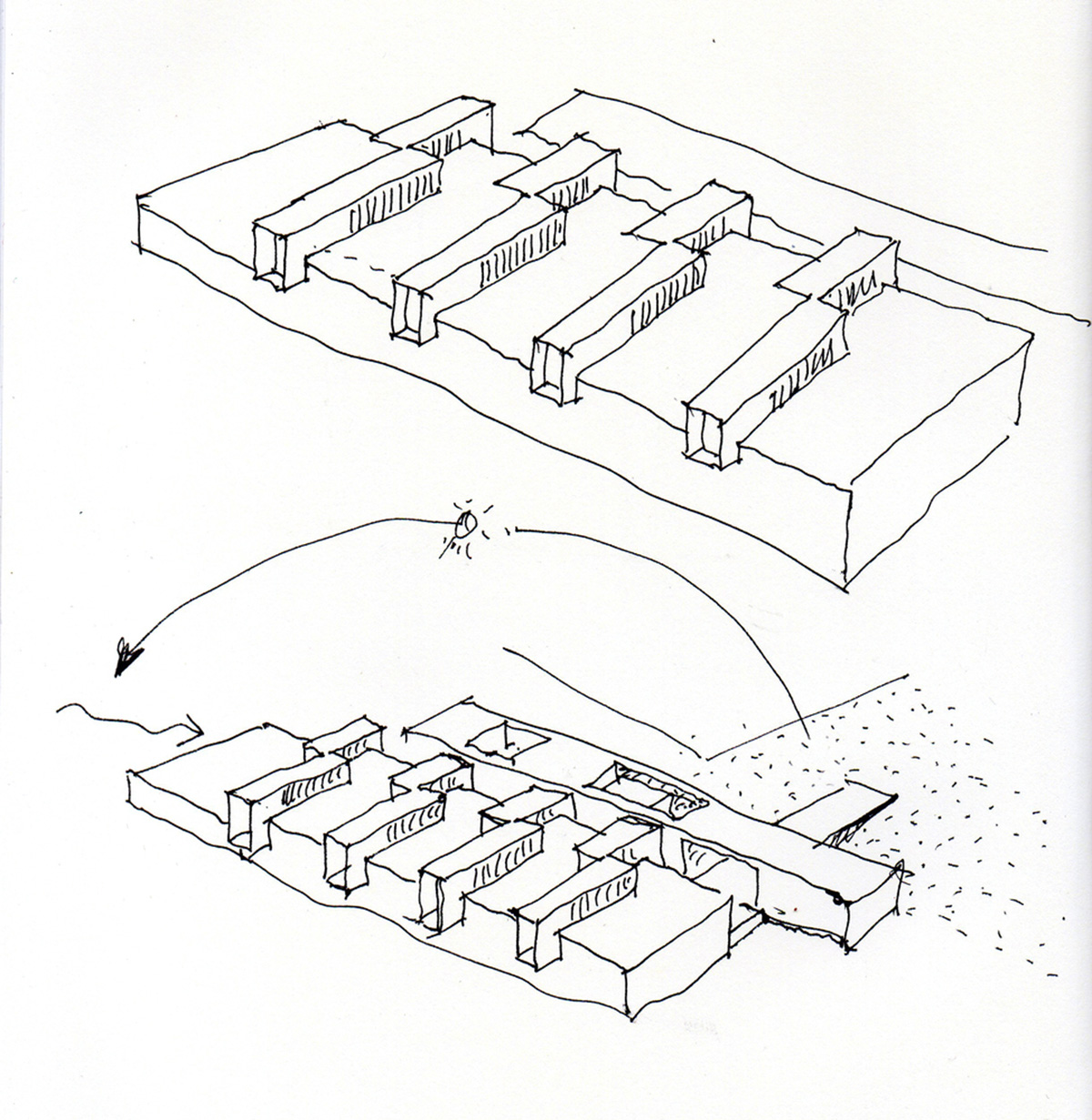 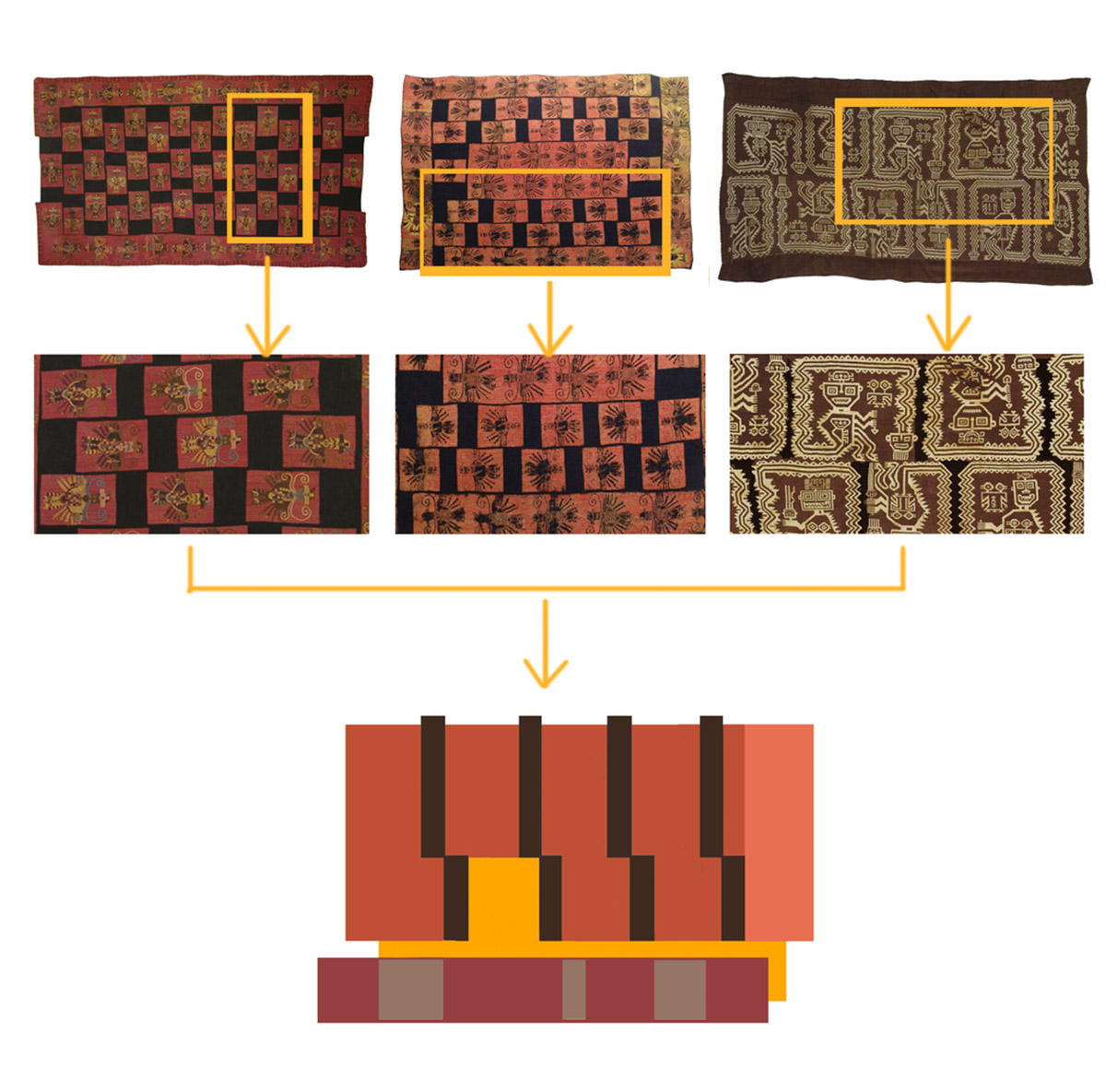 Barclay & Crousse was founded in in 1994 in Paris by Sandra Barclay and Jean Pierre Crousse, since 2006 the studio is based in Lima,  pursuing its activity in France with the Parisian studio Atelier Nord-Sud.

The studio currently completed the UDEP campus in Piura, Peru.