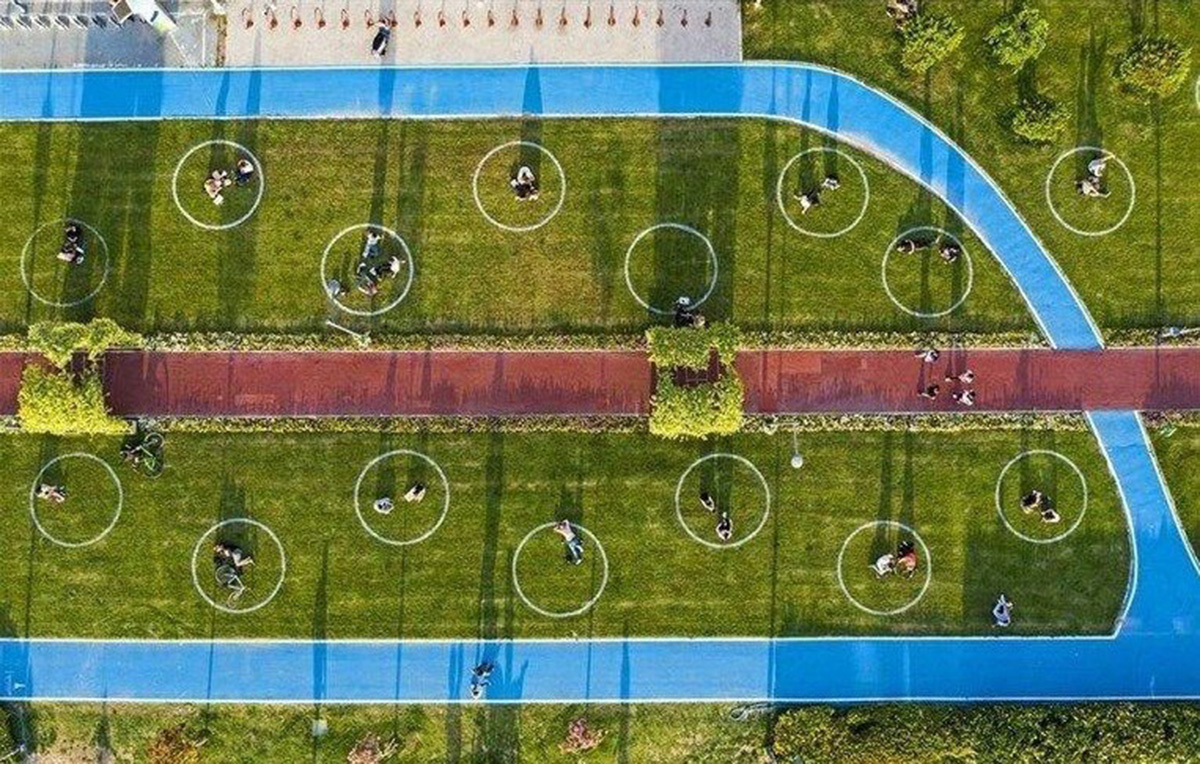 Signage in the world of design and architecture has been a well-known concept for decades, integrated into our daily lives. It functions as a visual communications tool that guides the user in identifying the required route and bringing a better and more comfortable experience.

Today amid the world health crisis that has been witnessed, it was mandatory to find urgent guidelines and safety measures for the citizens. Therefore, new regulations were implemented using the concept of signage to help ‘draw the line’ of safety and as a result, the approach of ‘invisible safety barriers’ was introduced.

The new notion the signage design has evolved into, serves a different and more specified purpose, rather than just enhancing the experience of the user, it functions as a ‘safe’ user experience. One of the main approaches is revolving around a 1.5-meter spacing indication, that became a well-recognised symbol for safe distance or social distancing. As well as, a navigation route of safe circulation in closed spaces. These signs are represented in the form of stickers (circular, linear, and arrow-shaped) and lines drawn or sprayed on the ground. As a result, these lines build an invisible wall that separates the person within them from the risk area.

For instance, in Turkey, during the partial lockdown that started in mid-March, this regulation was applied across all the grocery stores, banks, ATM’s and other facilities that were open to business and service. Today these regulations are still applied and are being adjusted according to the typology of the space, whether the space is public or private, closed or open, in an effort to maintain the safety of the public with life resuming starting from the month of June.

Meanwhile, in enclosed spaces, such as shopping malls and retail stores, a ‘safe’ navigation system has been developed and that guides the customers along a safe path. As a result, the stores have a certain route established where the customers are moving only forward, in order to avoid coming face to face with other visitors. In addition, a safety distance is indicated while browsing items and paying at the cashier.

Concurrently, office spaces have determined a safe zone for their workers and illustrated the risk-free distance in which the co-workers can safely approach their colleagues. This office concept has been suggested first by the real estate consulting firm - Cushman & Wakefield, named as the ‘Six-Feet Office’. Offices such as Puma have adopted this design in their workplace in Turkey and Germany. 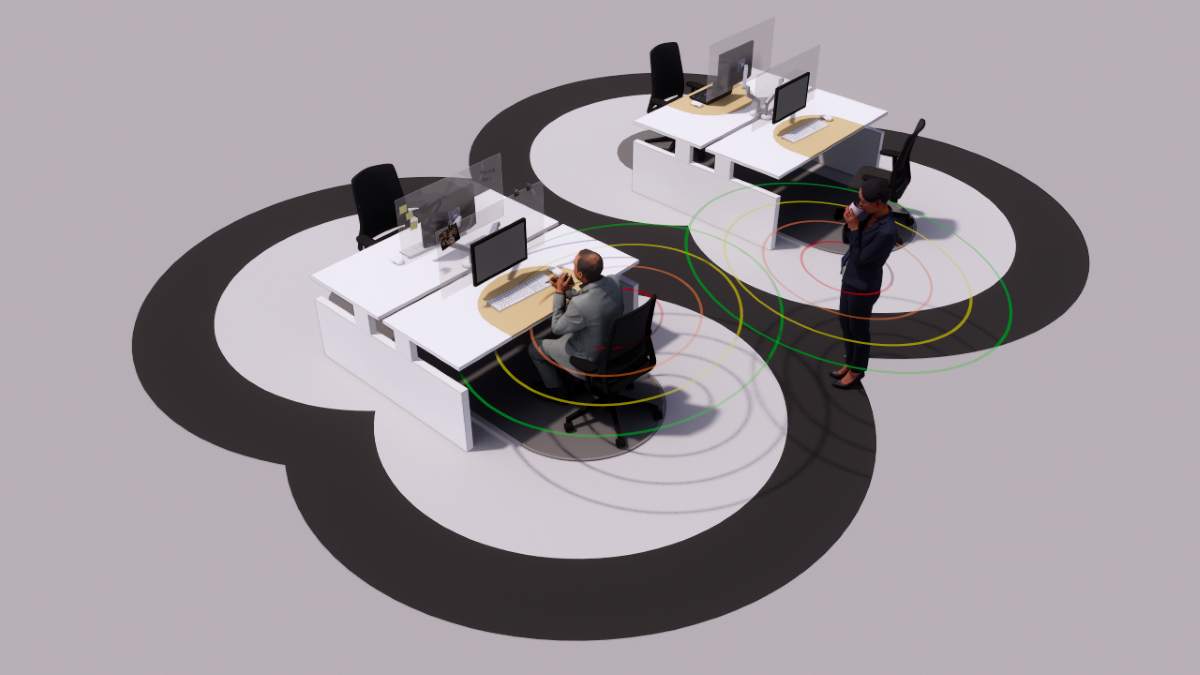 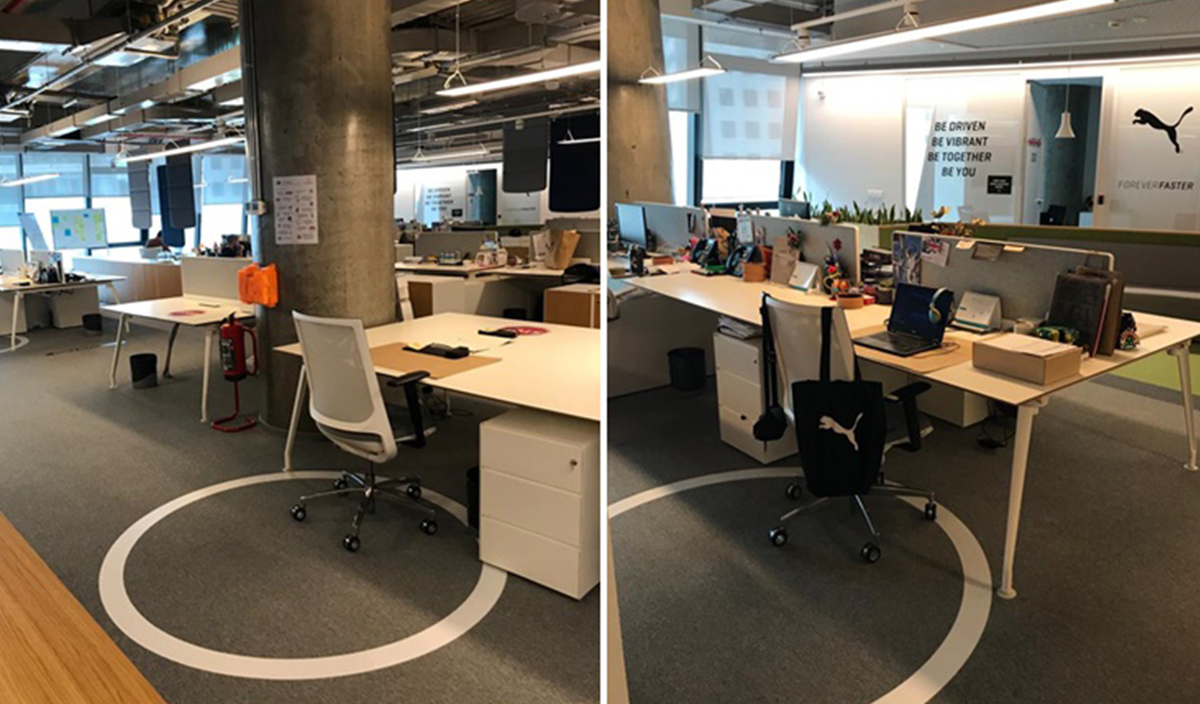 Open spaces and recreation facilities also followed. The city of Izmir was the first to take the initiative in implementing the new concept of signage in public parks. In an effort of preserving the social distancing restriction, circles of 4 diameters in width and 2.5 meters apart were drawn. These circles function as a solid cylinders that keep the visitors in the safety zone. Other cities such as Istanbul followed this example.

Concepts of signage and user experience are topics that have been well integrated into our daily lives but today invisible safety barriers and paths are turning into yet a new approach that is being experimented with and developed.

It is interesting to note that with life resuming, there are still efforts being put into public safety through design. Although these regulations are temporary, the design world has started to take measures of safety into account on a scale it hasn't done before.

Images that are not credited were taken by the author