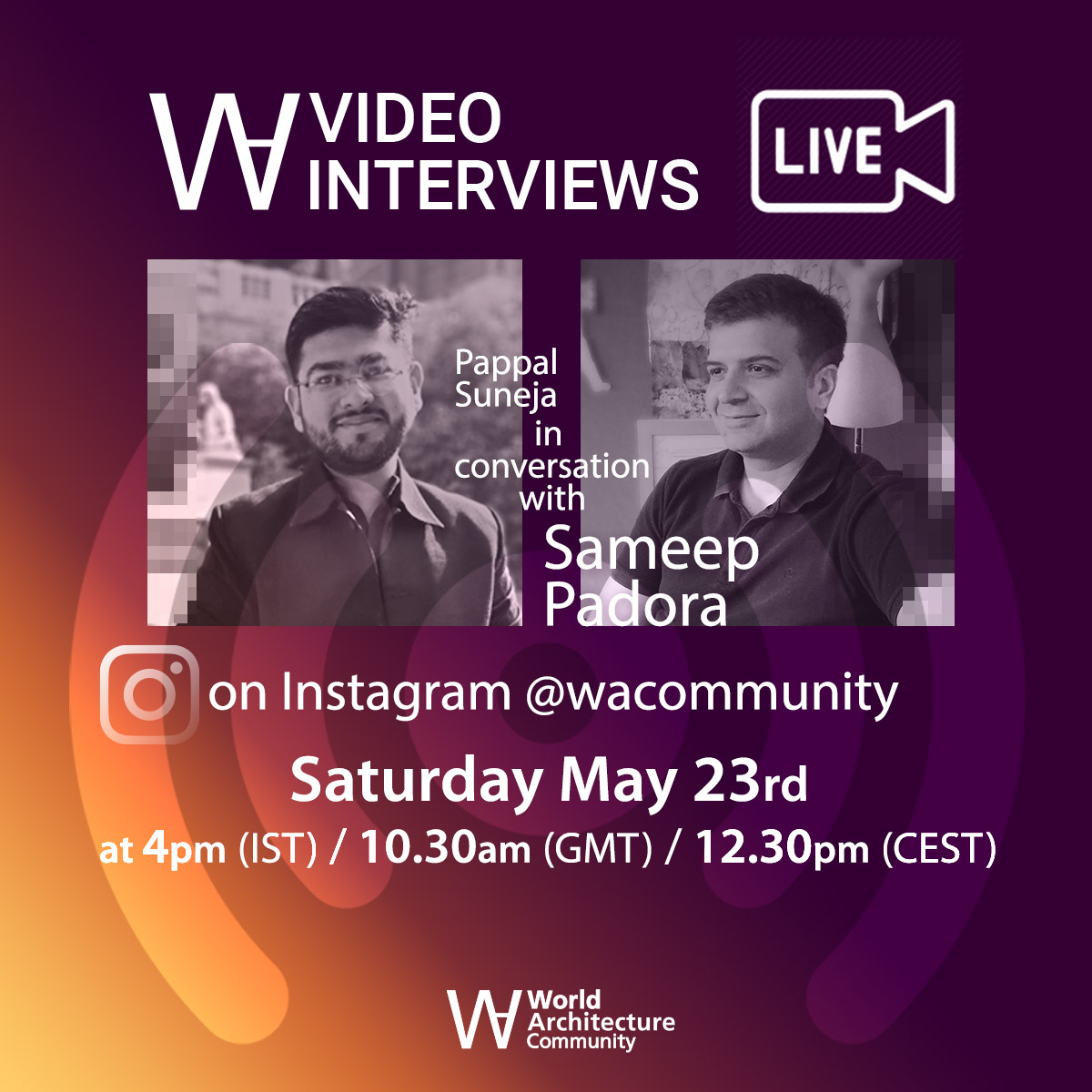 WAC's live interview series elaborate different themes decided by WAC Country Reporter or Country Editor in each session, in our fourth session, Padora will deliver a talk on "Critical Thinking in Architecture & Design".

Sameep Padora is founder of Sameep Padora & Associates (sP+a). Born in Chamba, Northern India, Sameep Padora established his Mumbai based practice in 2007 after graduating from the GSD, Harvard University.

His practice has in the past received the Beazley Architecture Prize, Archdaily’s Building of The Year 2019, Wallpaper Magazine’s House of the Year, as well as the Architectural Review’s Emerging Architecture and the AR Library Commendations.

Current projects in the studio include terraced courtyard housing in Goa, an Artists Residency project near a historic town in southern India as well as an adaptive reuse project of a 12th  century fort in the Himalayan foothills. Besides the architectural studio, Padora runs a not-for-profit sPare that researches issues of urbanization in India. Their research project on forms of affordable housing in Mumbai will be published internationally by the NAi later this year.

He is also the co-founder of the Bandra Collective a group of 6 architects engaged with the design of public spaces in Mumbai.

Maya Somaiya Library in Kopergaon, Maharashtra is one of the key projects of sP+a.

WAC's live interviews are held as 20-30-minute sessions to deliver a quick glimpse of the current projects of the architect and provide a fast-paced discussion on the architects' design philosophy. The sessions also include questions taken from the audience during the talk.