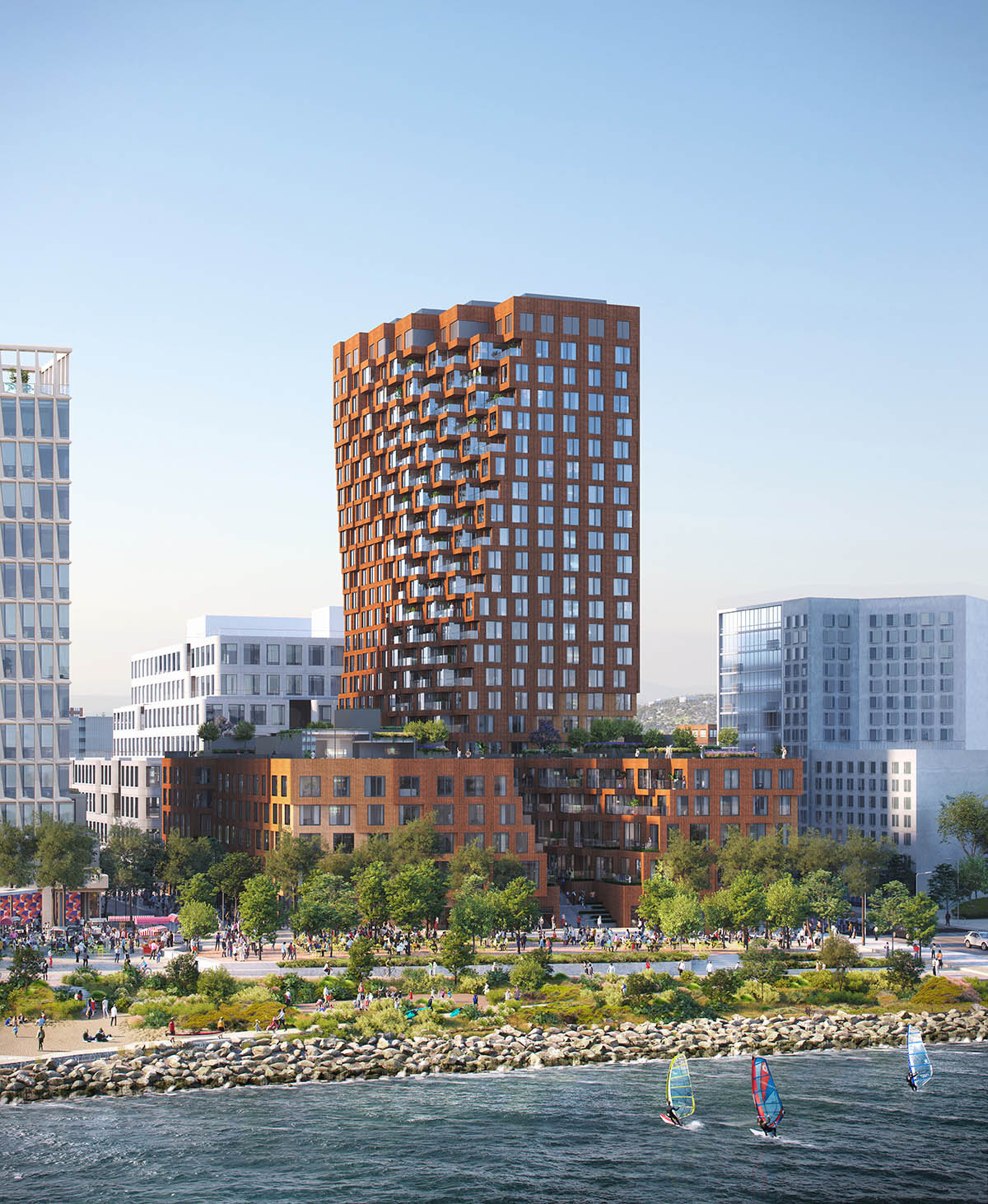 MVRDV has unveiled its new design for a 23-storey mixed-use building in Mission Rock, San Francisco, the new tower references to Californian rock formations by creating a narrow valley - running between steep rocky walls that extend all the way up the tower western façade.

Named Mission Rock, the project will be realized as part of a masterplan developed by the San Francisco Giants baseball team and Tishman Speyer, MVRDV’s design is one of four buildings that were designed simultaneously in a unique collaborative design process that also included internationally renowned architecture firms Studio Gang, Henning Larsen Architects, and WORKac.

A geologically-inspired design will feature the stepping and faceted volume and a pixelated façade that will be dressed with red-colored facade elements.

Regarding the Mission Rock masterplan, the project represents 12 years of planning and community input to turn 28 acres (11 hectares) of asphalt and a windswept parking lot into an exciting new neighbourhood and community gathering point for San Francisco residents and visitors.

The project is a public-private partnership with the San Francisco Giants, Tishman Speyer and the Port of San Francisco to build a waterfront mixed-use neighbourhood near Oracle Park.

Mission Rock is designed as a neighbourhood whose ensemble of mixed-use buildings will be tied together by the public spaces surrounding them and penetrating their ground floors. As co-master developers and general partners, the Giants and Tishman Speyer will design, build, lease and program Mission Rock. 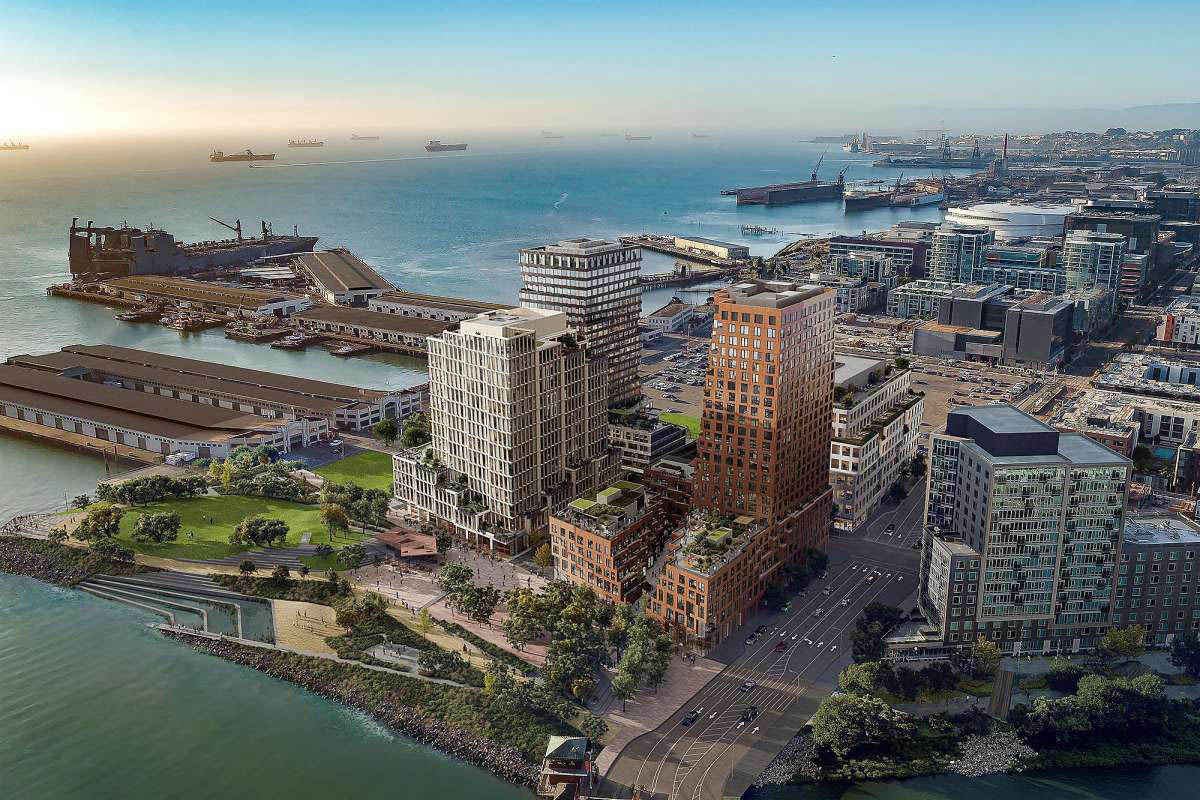 MVRDV’s design is one of four buildings that were designed simultaneously in a unique collaborative design process. Image © Binyan Studios

"It is a rare opportunity to collaborate with world-class architects as a team from the very onset of a project to create more than just eye-catching architecture, but also to push the design and development principles to construct a welcoming community for all," said The Mission Rock Project Team - including MVRDV, Studio Gang, Henning Larsen, WORKac.

The Mission Rock team recognised this once-in-a-lifetime opportunity to create a unique destination that feels like it could only be in San Francisco, but one that San Francisco has never seen before. As such, it assembled a team of world-renowned architects to collaboratively design the buildings for phase one of the project.

In other words, they created an “anti-master-plan master plan” where each building would have its own distinct look and feel but would complement each other and the surrounding environment – including China Basin Park. The project team adopted a radical sharing philosophy. The architectural teams forming the design cohort (including local firms) came together in true studio fashion to discover, share, collaborate, evaluate and to ensure that the first phase of Mission Rock authentically reflects the community’s vision. The result is four distinct buildings that tie together seamlessly with the newly imagined China Basin Park to form Phase 1 of Mission Rock. 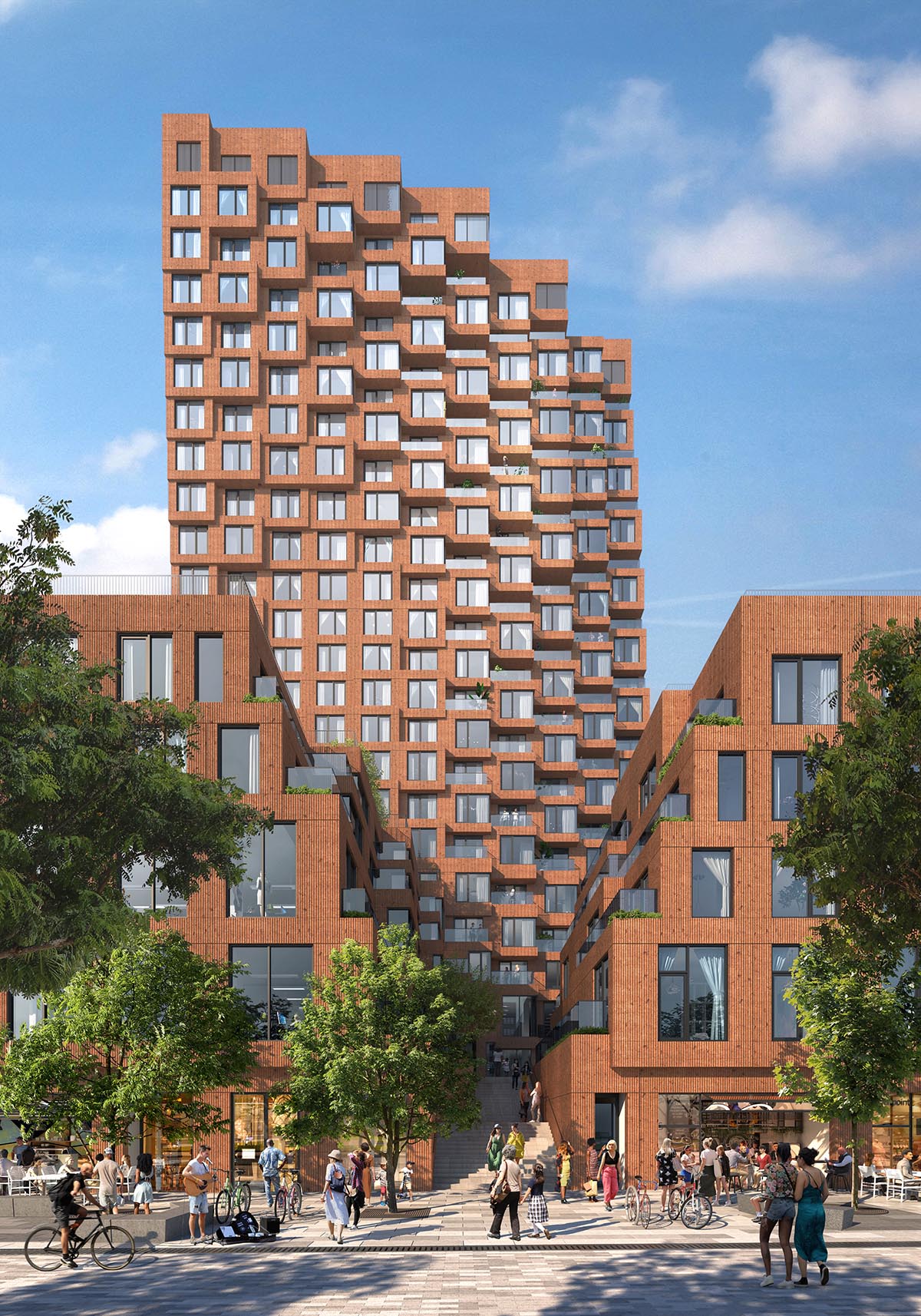 MVRDV’s concept design for Building A was inspired by Californian rock formations, with a narrow valley running between steep rocky walls. Image © Pixelflakes

About Building A, Designed by MVRDV with Associate Architect Perry Architects

San Francisco combines rigid grids with a daring natural topography. While Mission Rock will become an extension of the city’s existing urban grid, the site misses the topographical qualities and challenges that make some of San Francisco’s traditional neighbourhoods so charming. What if we recreated a rocky hill within the parcel?

MVRDV’s concept design for Building A was inspired by Californian rock formations, with a narrow valley running between steep rocky walls that extend all the way up the tower western façade. The Canyon is anticipated to become a lush and lively space, with landscape extending from China Basin Park into Building A.

Given Building A’s prime location, the building will become home base for Mission Rock, welcoming the visitors to the neighbourhood at the ‘handshake’ plaza, which spans from the 3rd Street Bridge to the corner of China Basin Park and Building A. Establishing a dialogue between the waterfront and iconic ballpark, the stepping and faceted volume visually connects to the stands of the ballpark while simultaneously creating private and common terraces that boast extraordinary views towards the bay and downtown. 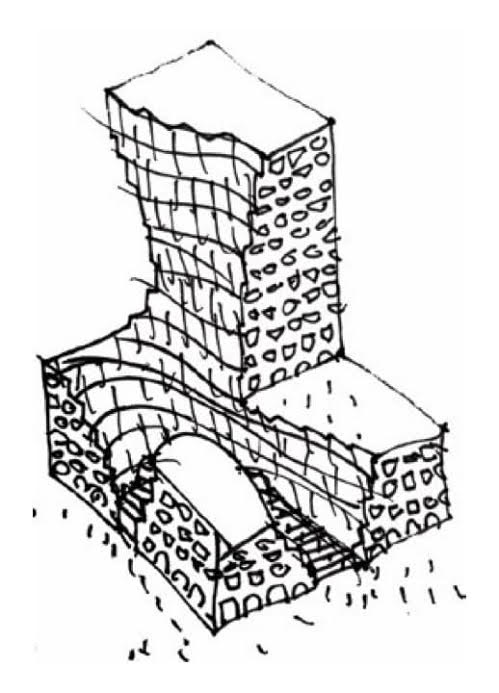 The building has 23 above grade storeys with a partial basement which will house the on-site bike parking and supporting space for the District Energy System. The Canyon fracture makes it so the North-East podium block acts as its own separate building, while remaining well connected to the broader offerings of the tower.

Referred to as the ‘Annex’, this port is equipped with its own programme and entry lobby which opens to the east side of the building. Residential amenity spaces will incorporate active rooftop uses, providing residents the opportunity to engage with the park below and gather with unobstructed views of the water and bay bridge.

The tower height is 240 feet (73 metres) with an additional 14-foot (4.3-metre) crown, to screen mechanical equipment on the tower roof. Vegetation becomes the driving force of rooftop design, to enhance user experience while creating ecological habitats.