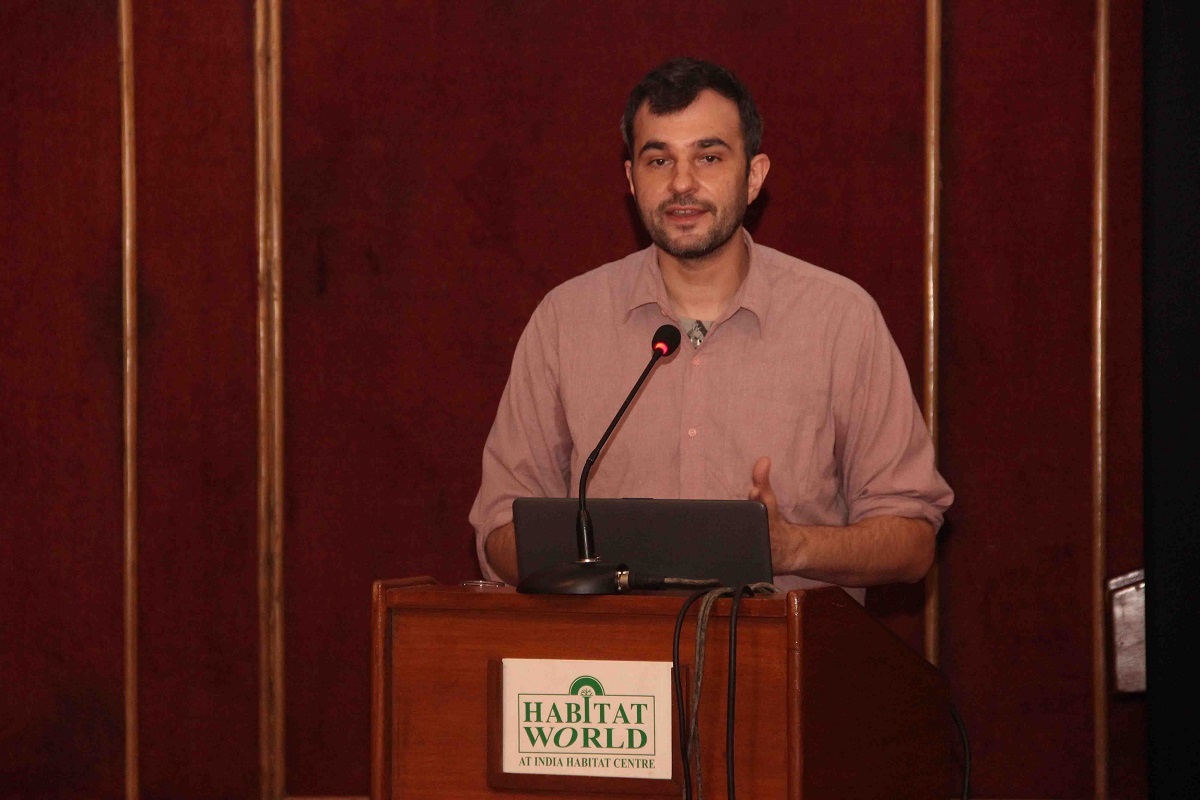 “What India needs are innovative techniques using existing technologies. We cannot emulate the Western approach, specifically, when it comes to wastewater.”

Held on 30th September 2019 at the India Habitat Centre, the 50th Talk in the Series focused on the restoration of water bodies by natural means, illustrated through the speaker’s extensive fieldwork. The key speaker at the event was Tarun Sebastian Nanda, an Indian-origin Anglo-Dutch environmental engineer who has worked in the government as well as private sector for half a decade.

Mr Nanda’s work in the field – fuelled by a desire to leave behind desk work and assess the issues plaguing our ecosystems in person – commenced with the analysis of depleting groundwater levels. He described his field in the work and devising the strategy of constructing wetlands to recycle wastewater, a scheme he now aspires to implement across all of Delhi.

Stressed upon the need for adopting contextually suitable solutions, Mr. Nanda then described his various restoration projects undertaken across the country – most notably, the rejuvenation of the Hauz Khas lake in the national capital, and the Adopt An Island campaign in Goa which trained participants in creating and sustaining their own floating wetlands, demonstrating the simplicity and feasibility of his idea.

As our cities grow, the supply of potable water becomes a critical resource that runs in the red more often than not. Mr Nanda’s techniques offer a viable solution that brings the power – as well as the responsibility – of resource management in the hands of the end-user, making each citizen an active participant of ecological conservation efforts. His efforts also opened the stage for a lively debate on similar homegrown efforts for restoring water bodies and susceptible ecologies, with the audience sharing learnings on the respective successes and challenges of their immediate interventions.

With this talk, Architecture & Society has hit the half-century mark. Over the last four years, experts from varying fields have gathered at the Amaltas – and more recently, as our numbers swell, the Gulmohur on occasion – to address the issues plaguing our times. We have striven, in this time, to bridge the gap between the pedagogy and the public by creating a forum where the vanguard, the dilettante, and the layman have an equal chance to put their points forth and be heard. As we face the largest climate crisis of our times, this platform – for the discussion it generates, and the awareness it brings – has become more important than ever in aligning our efforts for a greater goal.