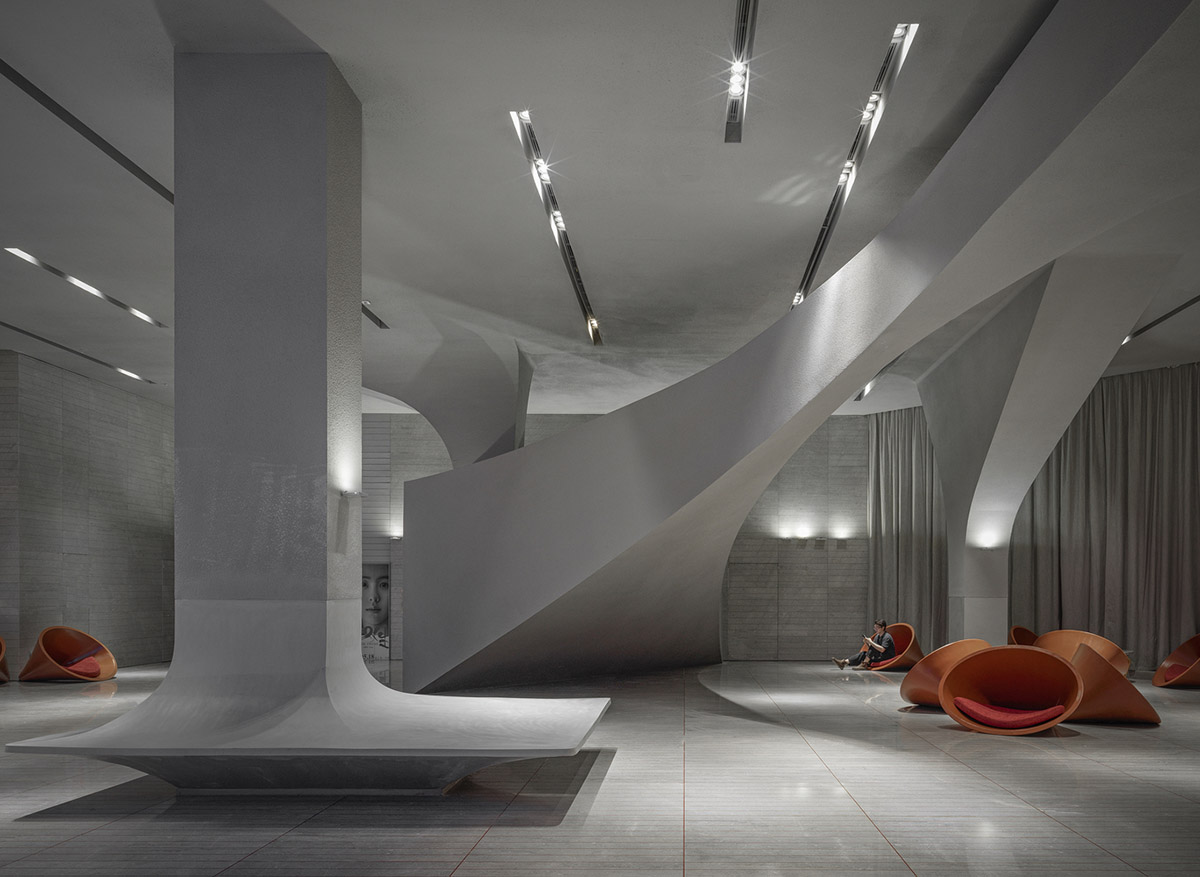 Named Changsha Insun International Cinema, the 5,980-square-metre interior uses structural elements as furnitures or fixtures of the interior as well. In this interior, columns turn into a seating element and orange-colored objects also turn into "megaphones" and practical lighting. 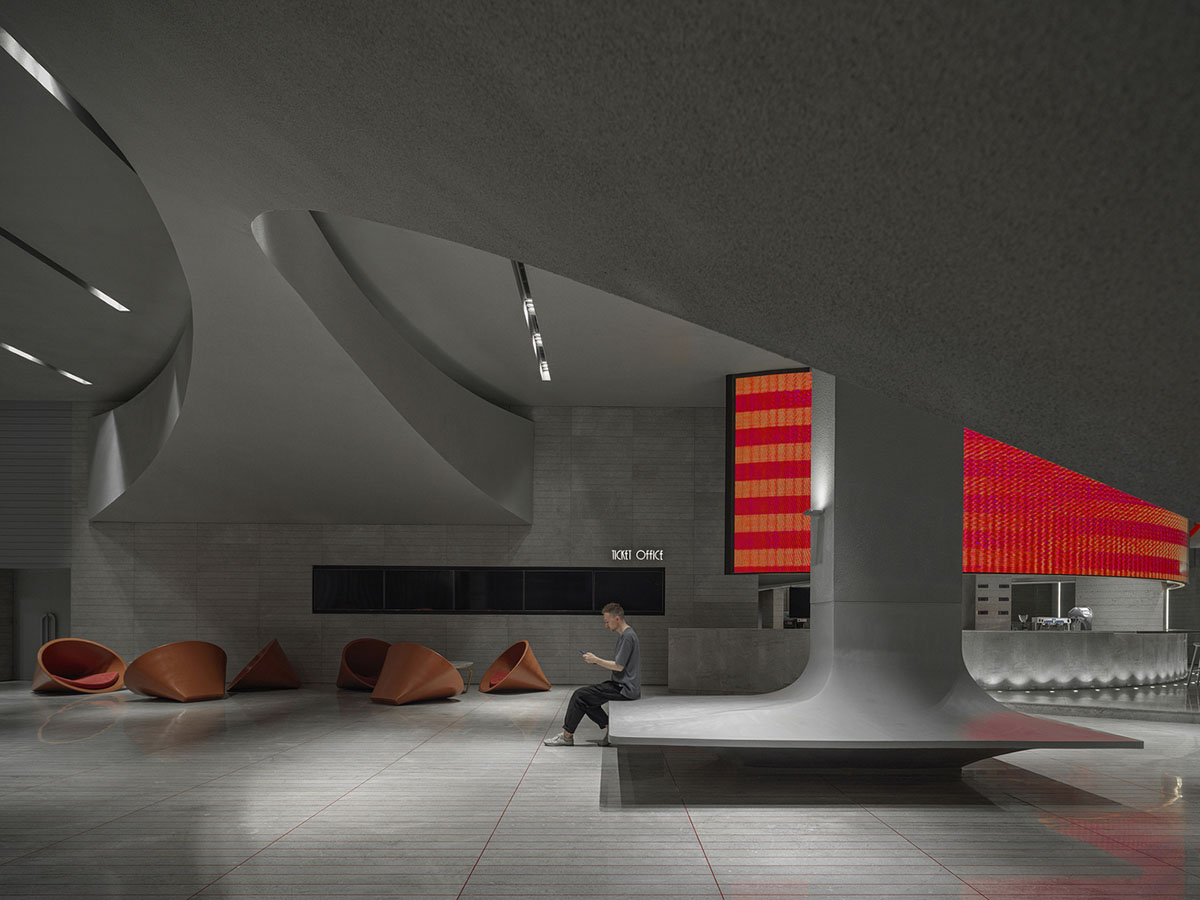 "For decades, film directors have used megaphones to communicate with their cast and crew on sets where it was hard to hear. The acoustic megaphone became an iconic clichéd symbol of a movie director," said the designers.

The designers were inspired by these cone-shaped acoustic horn and have thus developed various functional objects that are placed within the interior to echo with the ‘megaphone’ theme. 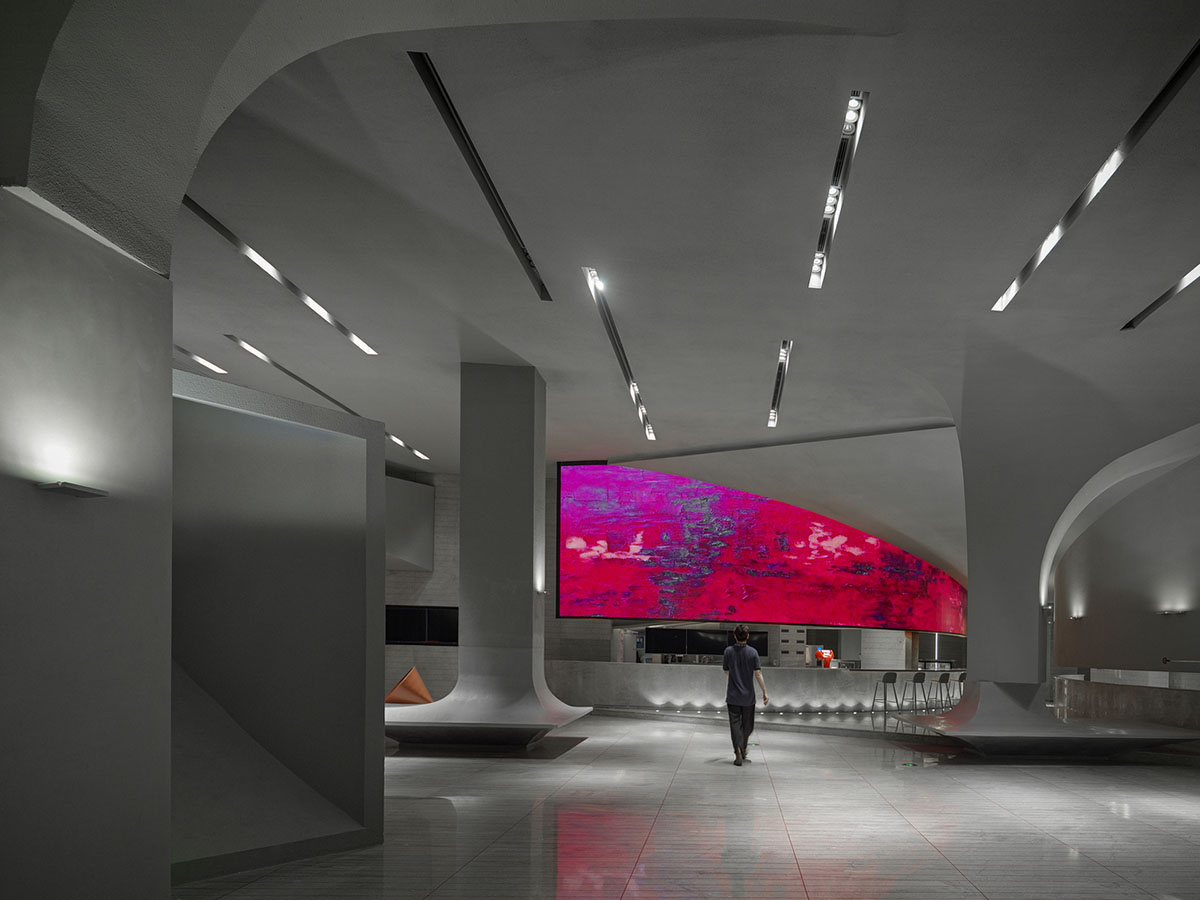 One Plus Partnership would like the guests to concentrate on the organic forms of the space. That’s why not many decorative items are needed - which is a simplistic approach and the designers can shift the budget to create these unique interior forms.

The whole space is dominated by mainly greyish colour. Sculptural organic forms are extending from the ceiling towards different parts of the space, as if they have lives of their own. 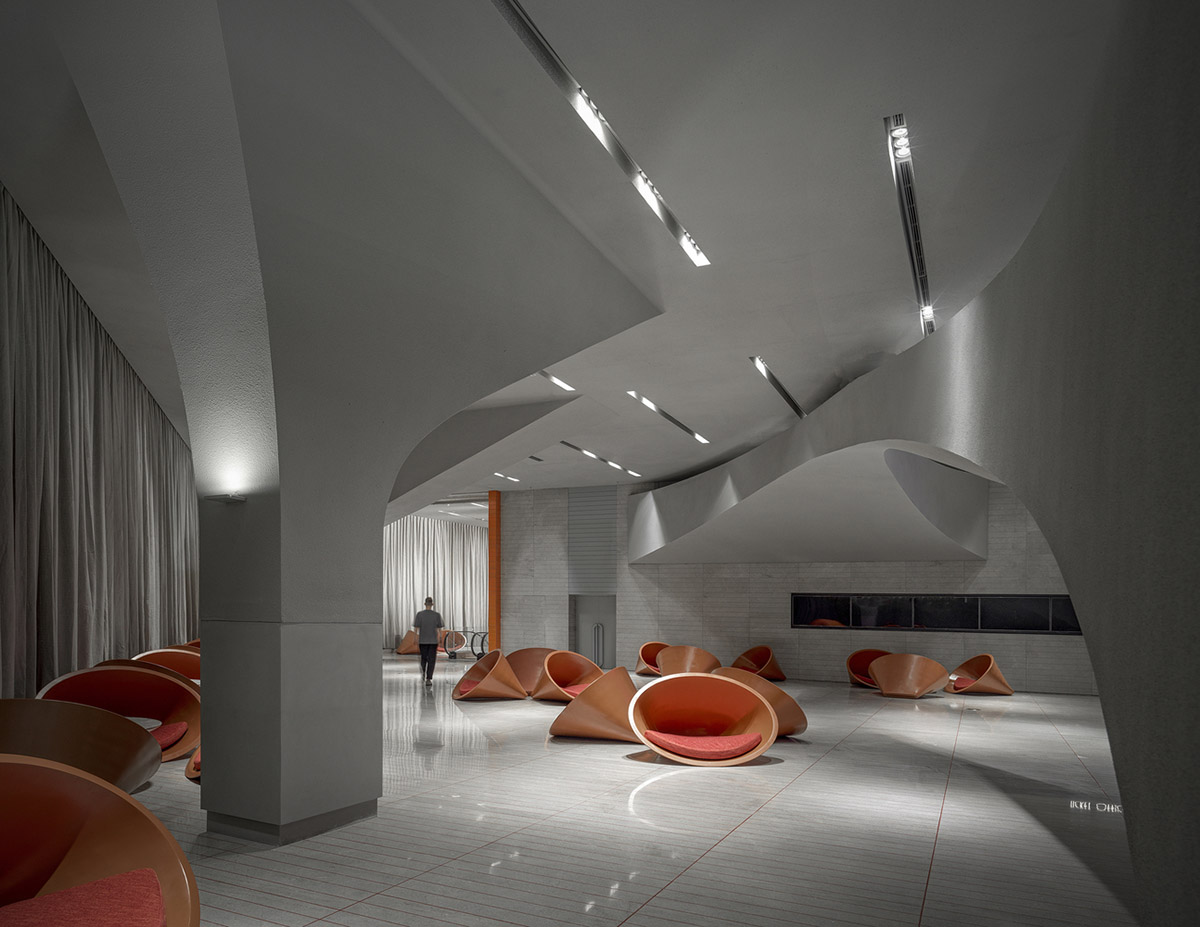 Some rectangular columns are curved around the corners to create comfortable seatings in all directions. The floor and some walls are covered in rectangular tiles. Luminaires are concealed within the construction to provide enough light yet not to interrupt with the minimalistic design space. 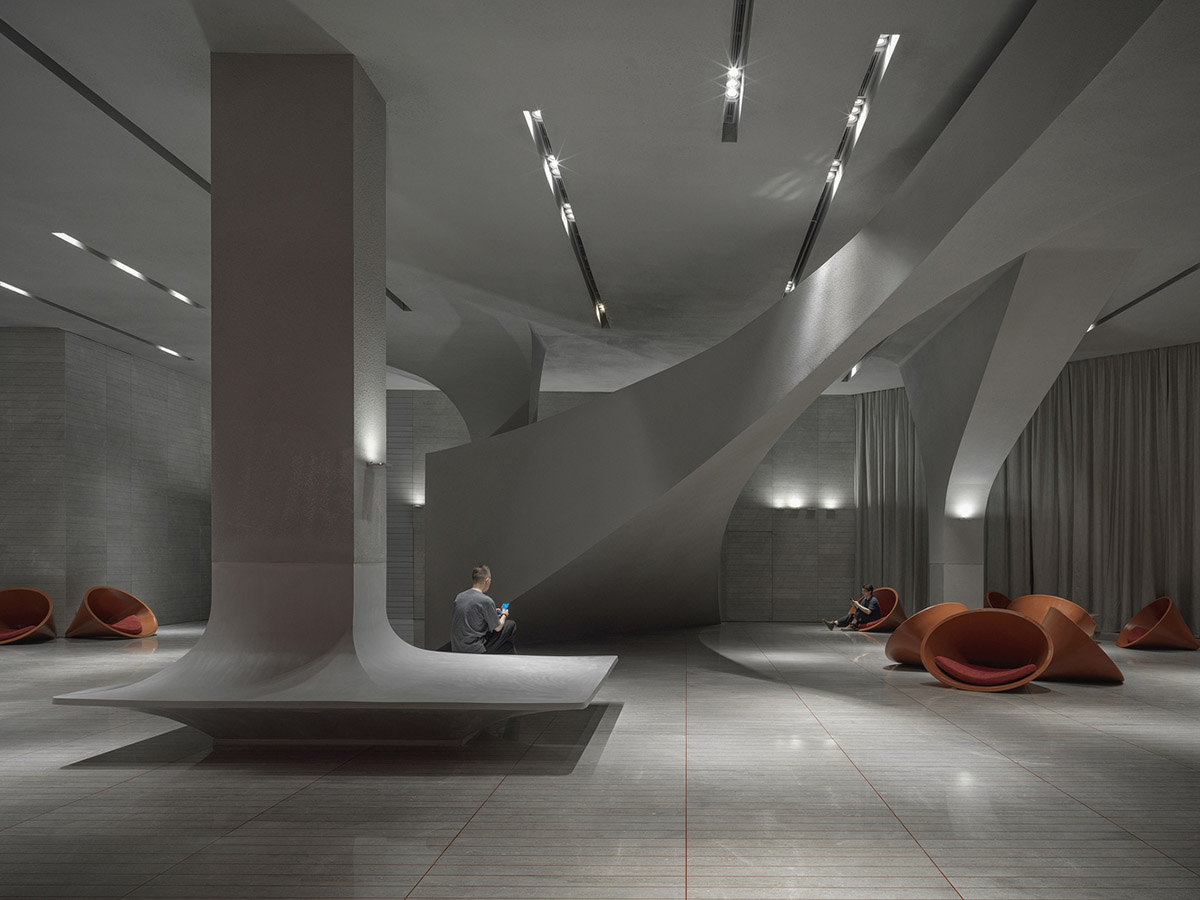 Other than the grayish colour, a very eye-catching orange colour is chosen by the designers to decorate the space. The designers got the inspiration from the Orange Isle - an isle in Xiang River in Changsha. During Mao Zedong's early years, he lived in Changsha. He and his friends would swim in the Xiang River.

It is also a national AAAAA (5A) level tourist attraction and a national key scenic spot. When guests enter the arrival hall, they would immediately be drawn to the striking orange cone-shaped seatings with darker tones of comfortable cushions. These does not only serve as a functional purpose, but also give the space focal points. The gaps between the rectangular tiles are also painted in the same tone of orange. 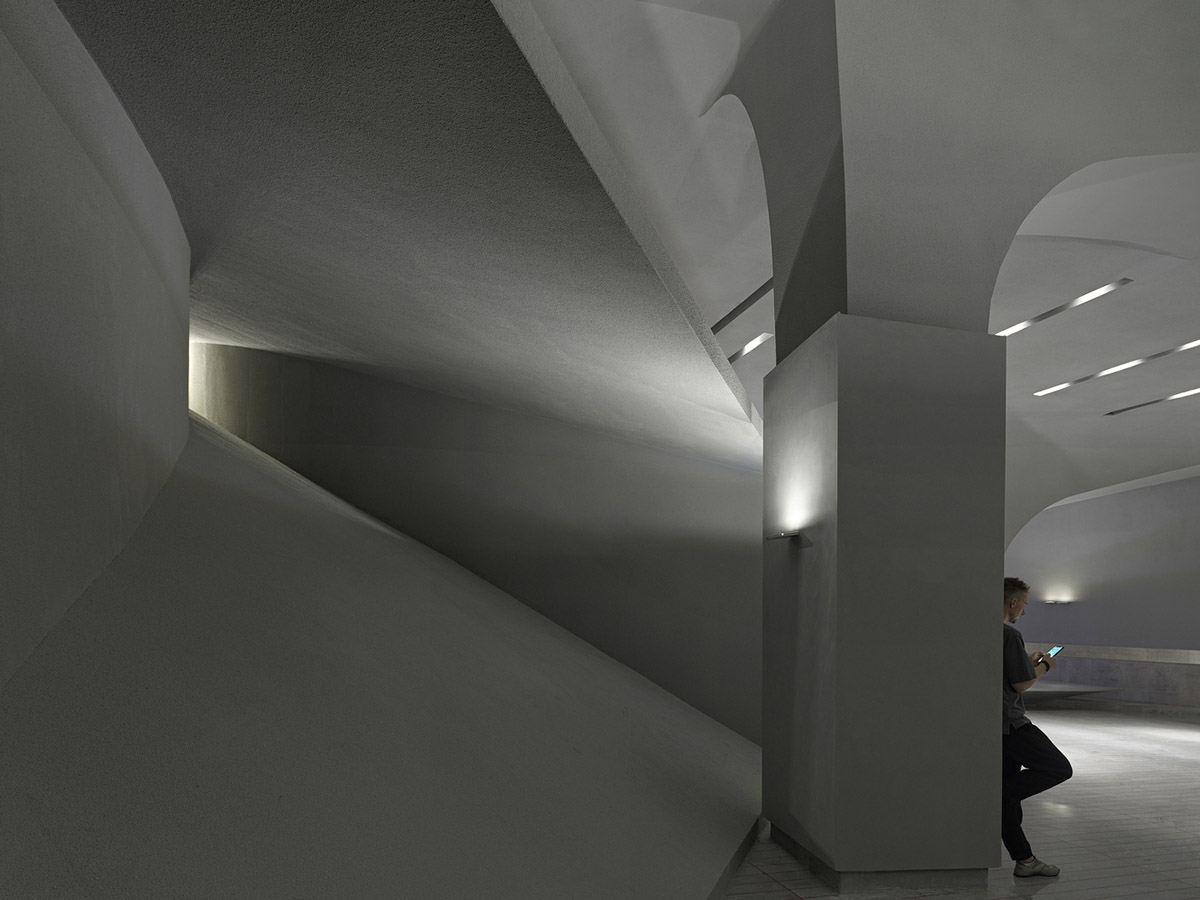 Walking into the auditorium, you will find that the features on the wall looks like an elongated shape of the mouth of megaphones. The designers use sound-absorbing materials to arrange them horizontally on the wall. These have increased the sound absorption areas in the cinema, and at the same time, the design theme is once again being perfectly echoed. 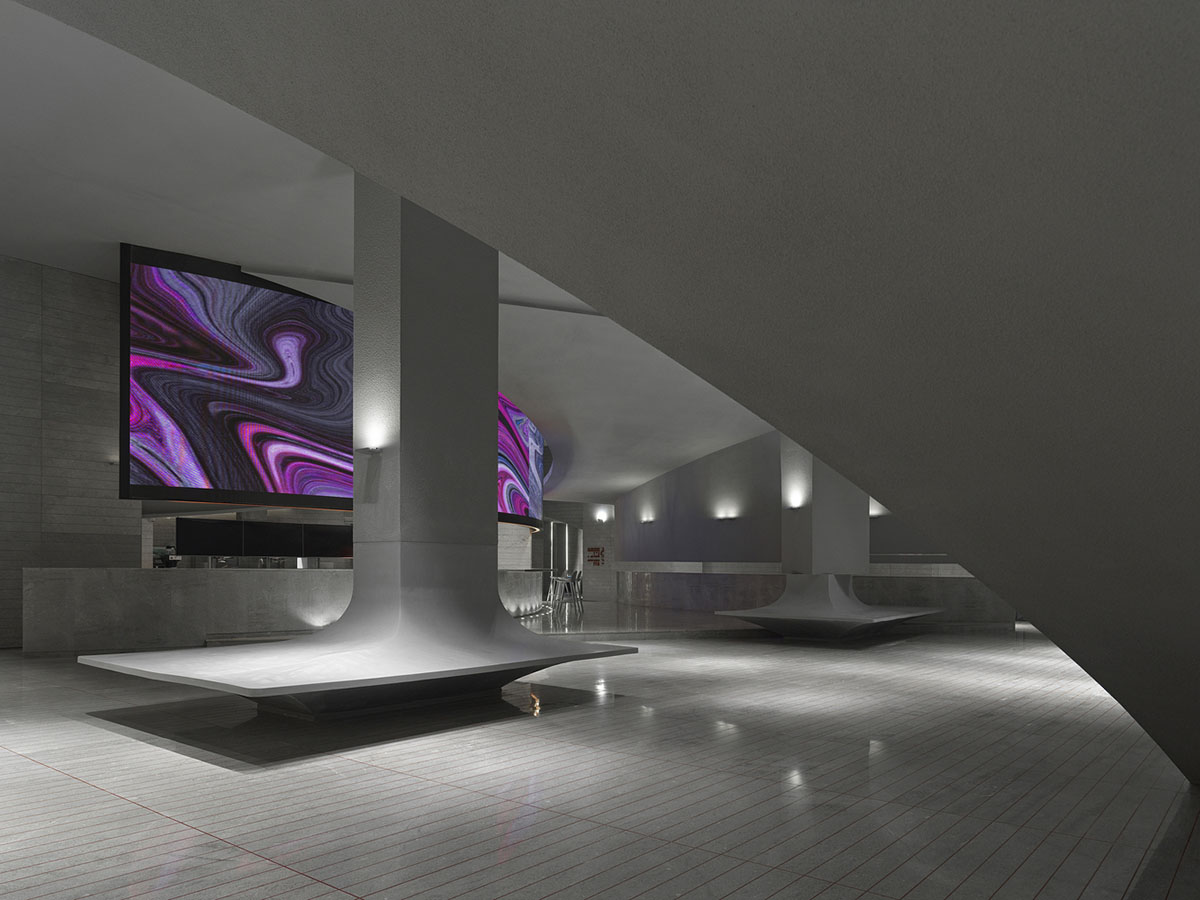 "What is special about this cinema is the colourful auditorium catered for children. The cylindrical ‘megaphone’ act as both interesting features and practical lightings," added the designers.

"The seats are covered in various shades of orange and yellow. All elements were selected to imbue a sense of friendliness and intimacy, to provide a joyous viewing experience for the kids." Even if you walk into the washroom, visitors will be pleasantly surprised to find that the ceiling and wash basins are also in the shape of a megaphone. 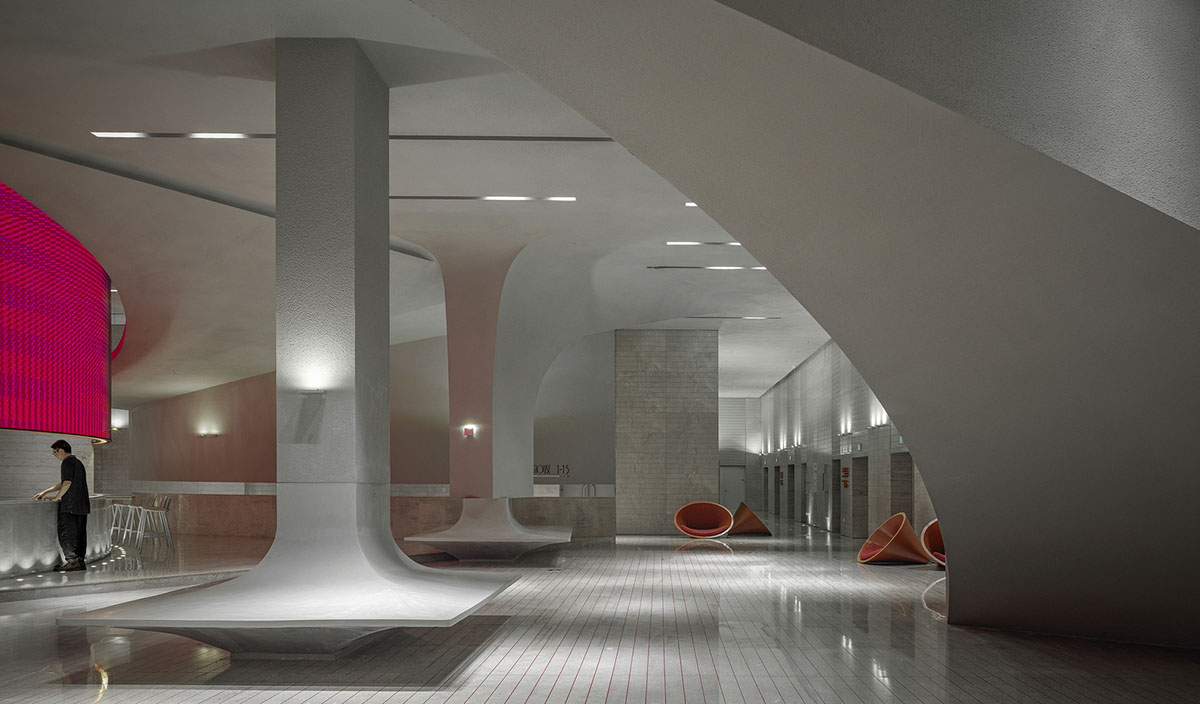 The orange features that extend from the ceiling and the wash basin are interesting resemblance of each other. The design of washroom is usually being ignored, but the designers maintain the coherence of different spaces of this project through original design. 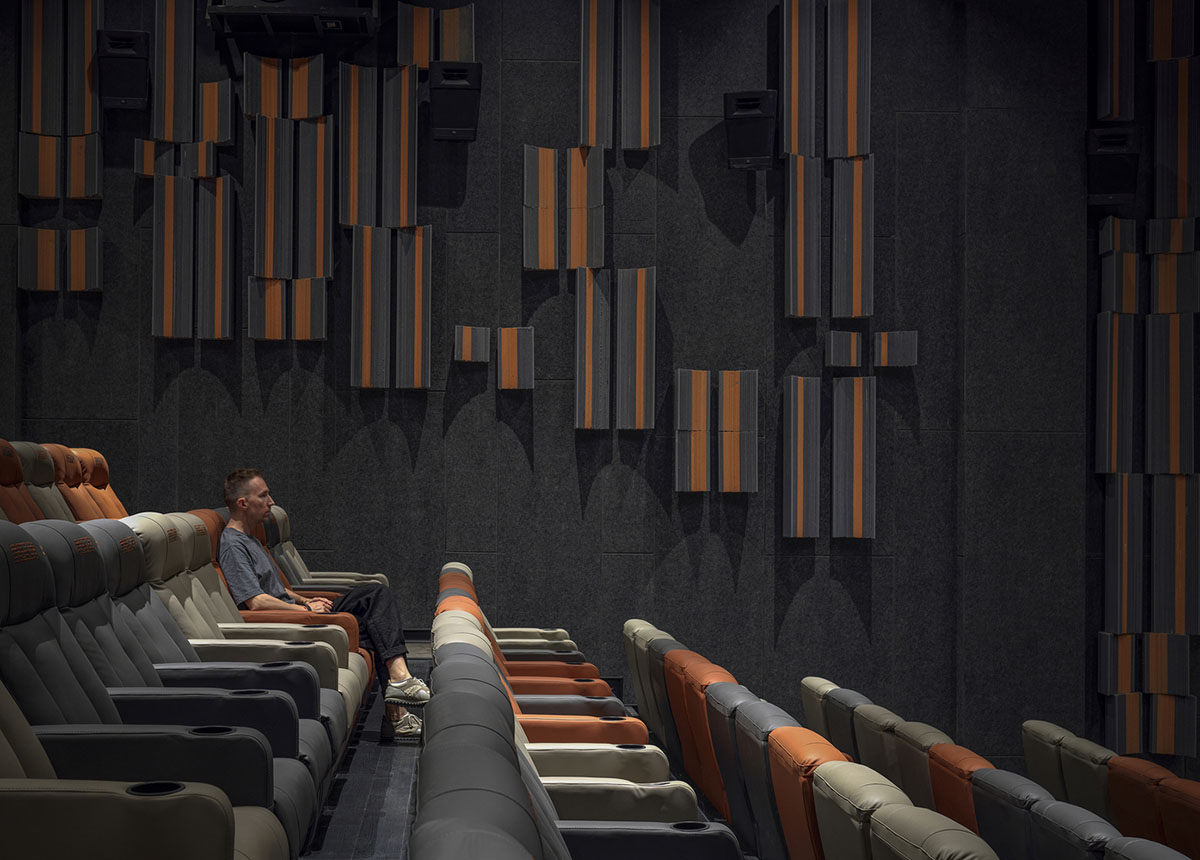 > via One Plus Partnership