The world’s most visited architecture Biennale opens in Shenzhen 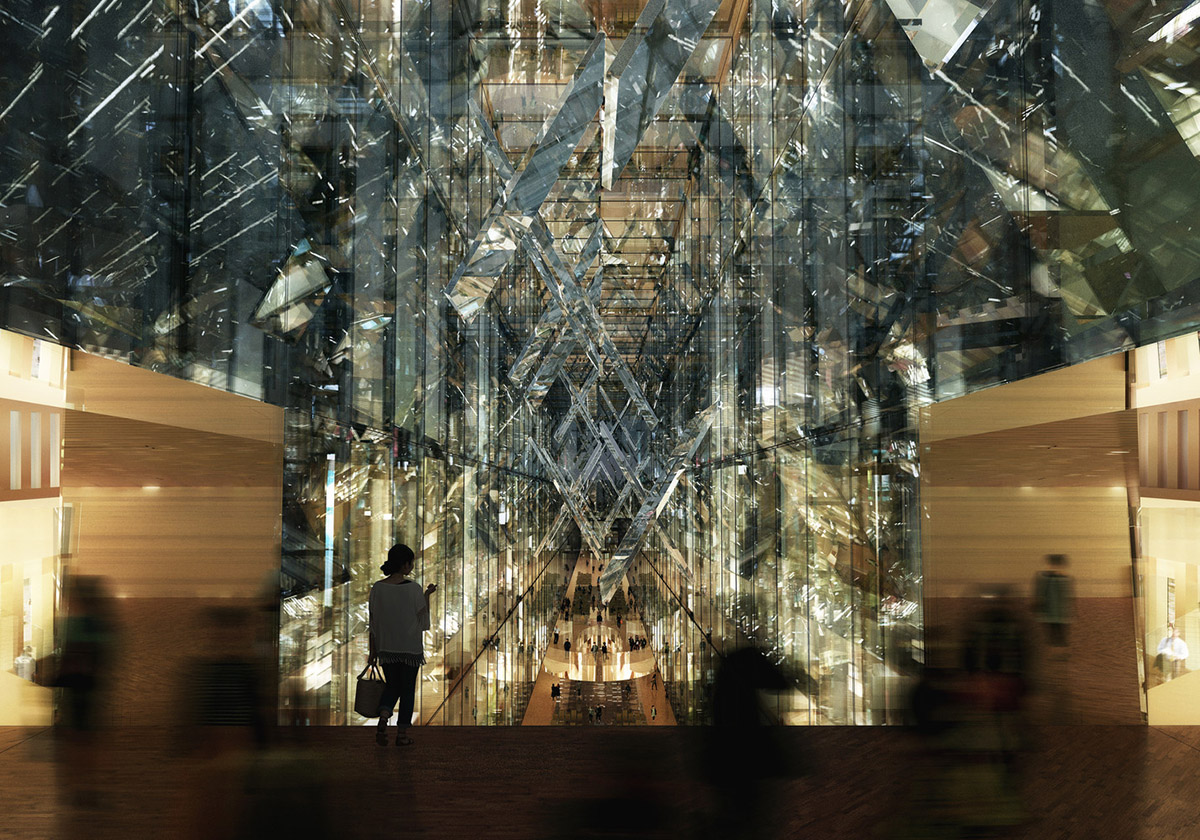 The Bi-City Biennale of Urbanism\Architecture of Shenzhen and Hong Kong - the world’s most visited architecture exhibition, has been opened in the city of Shenzhen, southern China. 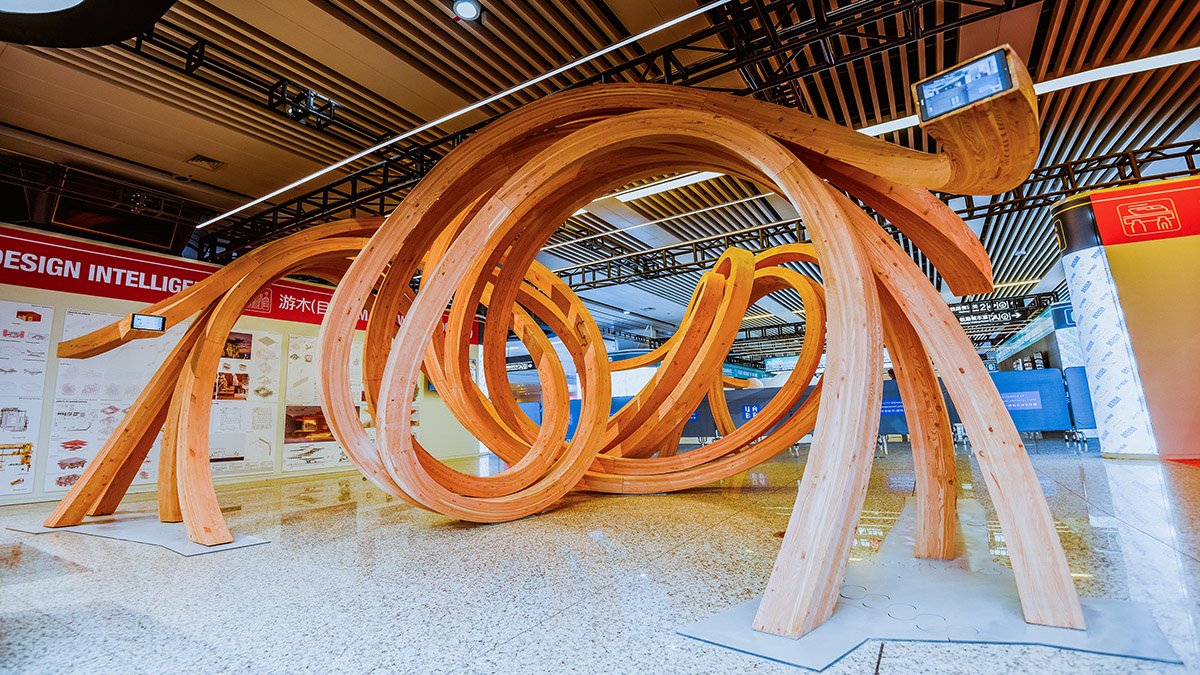 Curated by Carlo Ratti, Politecnico di Torino and SCUT, the "Eyes of the City" exhibition at the 8th edition of the Bi-City Biennale of Urbanism\Architecture (UABB) critically explores the impact of new technologies on cities – from A.I. to facial recognition.

It aims to start a critical discussion on the impact of new technologies on cities – from Artificial Intelligence (A.I.) to algorithmic design, from autonomous mobility to facial recognition. The exhibition will stay open until March 2020. 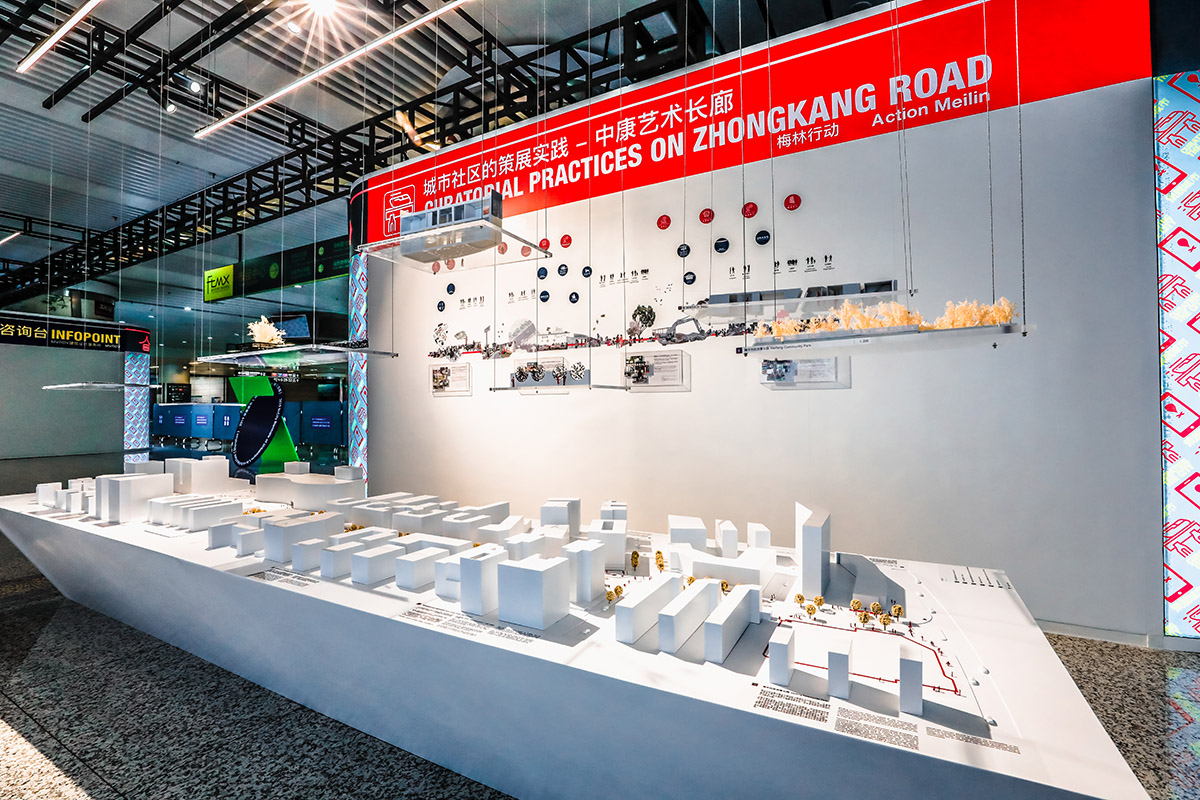 "Eyes of the City" features over 60 projects from leading architecture firms as well as from research centers and emerging practices, selected through a 12-month long "open-curatorship" process.

All projects were entirely fabricated in Shenzhen – with open-source blueprints available for download online. Most works engage new technology on the exhibition premises – including a facial recognition system that powers the info points designed by Dutch office MVRDV (a custom sticker by The Cooper Union team, however, allows visitors to “opt out” of the system). 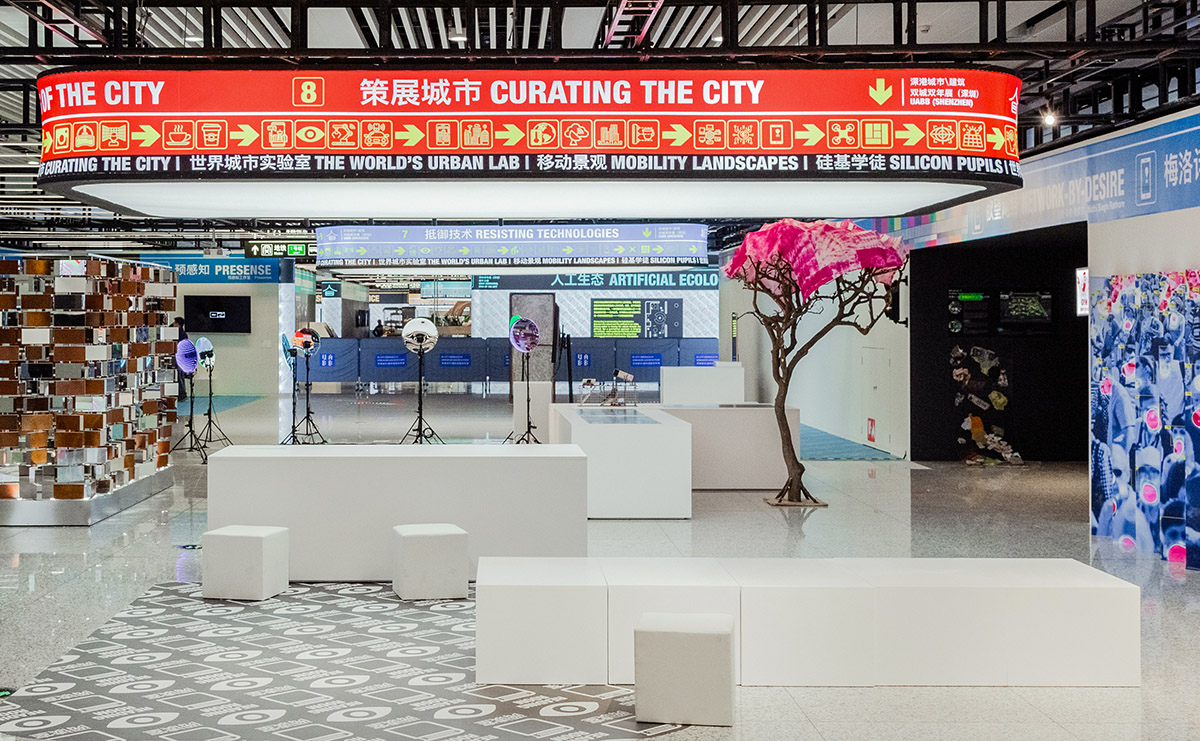 The venue for "Eyes of the City" is the expansive high-speed railway station of Futian, which was transformed into an exhibition space that invites visitors by using tactics reminiscent of those employed in malls or duty-free shops. 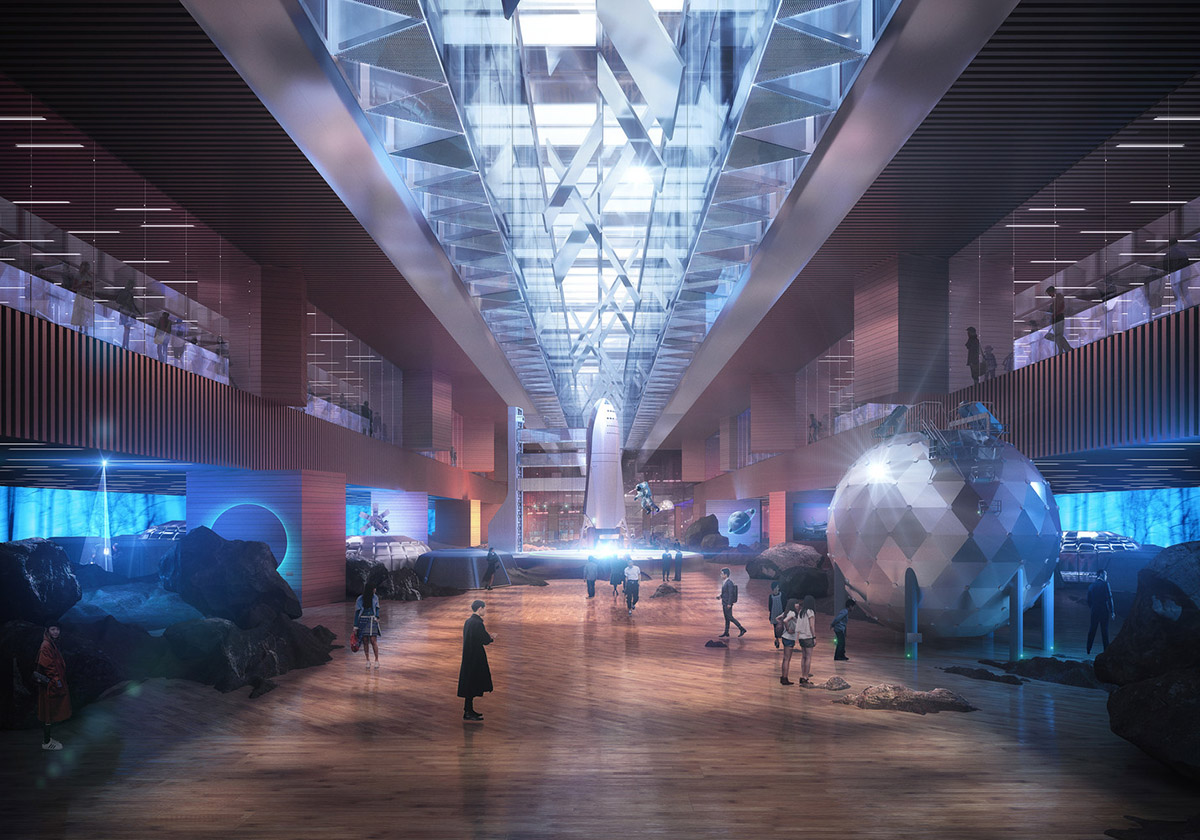 Graphic design by Mieke Gerritzen mimics station signage and guides willing passersby inside the exhibition, surprising them with unexpected architecture and design installations.

A 1-kilometer-long infographic developed by Northeastern University professor Paolo Ciuccarelli on backlit walls encircles the space, presenting key data about the exhibition and the “open-curatorship” process. 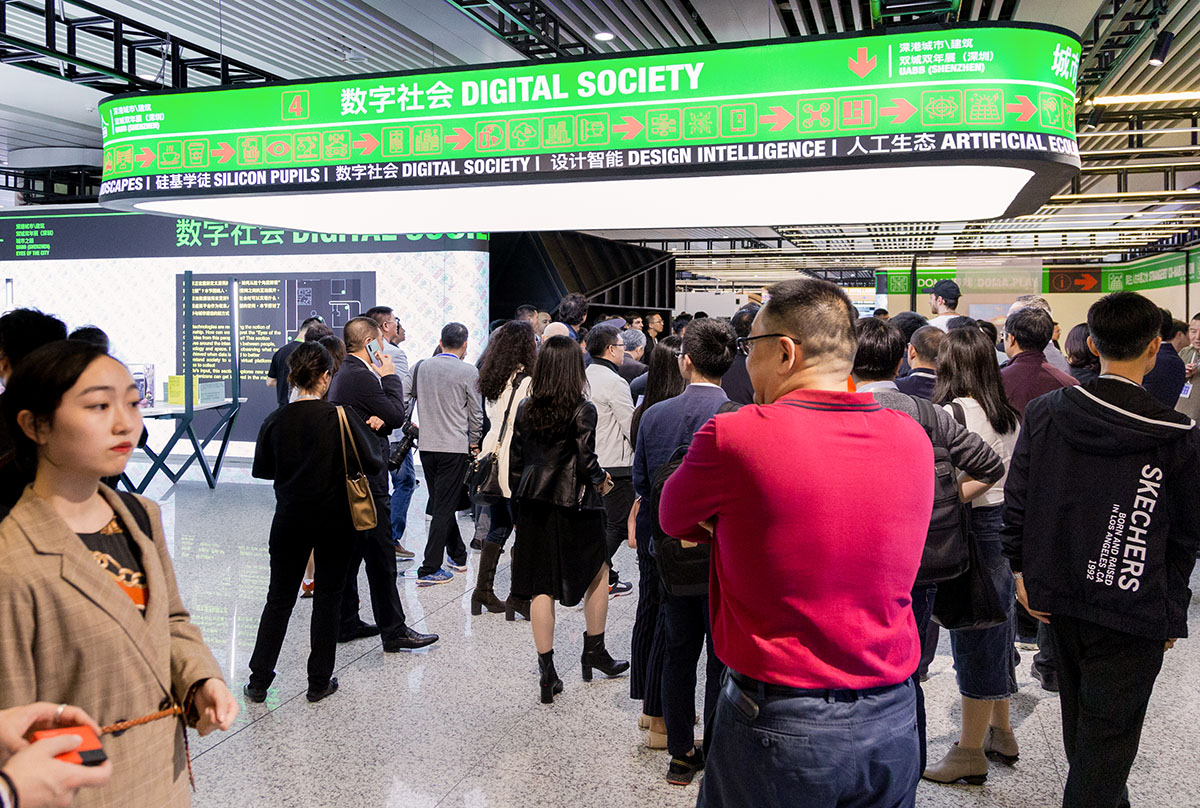 1. A critical reflection on urban tech

Building on American urbanist Jane Jacobs’ “eyes on the street” phrase, “Eyes of the City” explores how streets and buildings are acquiring the ability “to see”. What happens when the sensor-imbued city has eyes and can look at us? Participants to an open call launched by the curatorial team in April 2019 submitted design and research projects as well as critical essays, with 280 contributions collected from 28 countries, in a well-balanced representation between China and the rest of the world.

At Futian station, the exhibition is divided into eight sub-sections, each of them delving into a different aspect of the “Eyes of the City” scenario – from Shenzhen’s unique position as the “World’s Urban Lab” to data-driven advancements in design and construction methods, from the natural-artificial relationship to the possibilities of new “resisting technologies”.

One section of “Eyes of the City” investigates the future of mobility, with a wide focus on changes in urban infrastructure ushered in by new technologies, including self-driving vehicles. 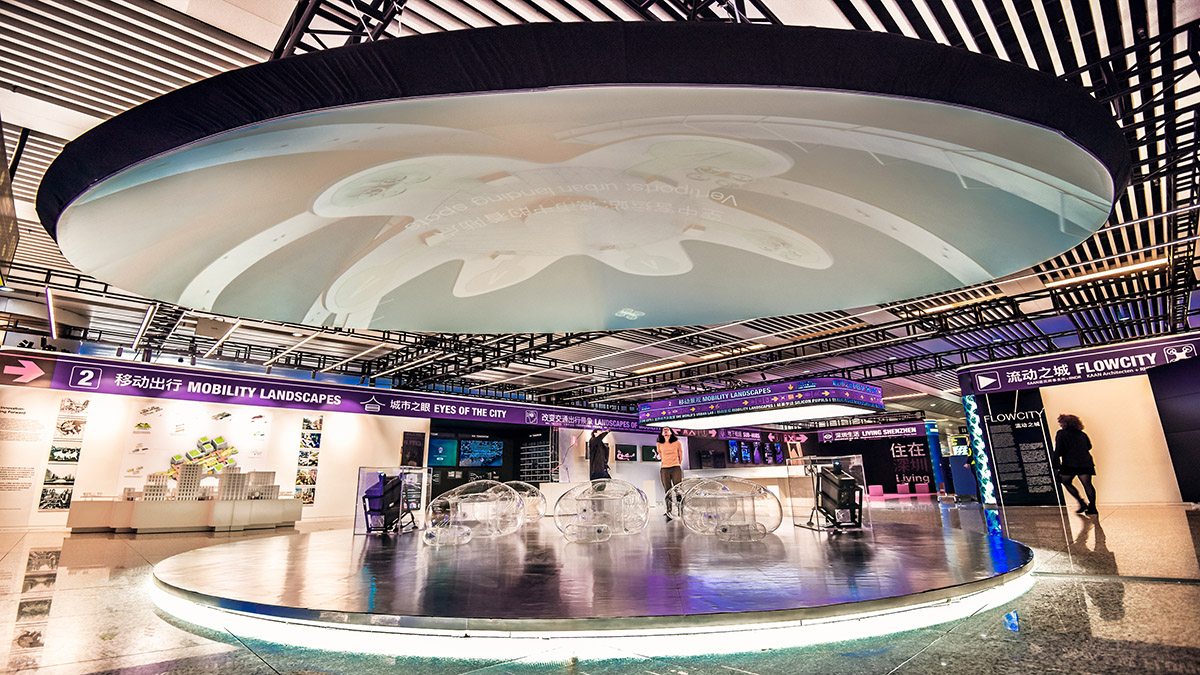 The City and the Sky Above installation shows the vision developed by MVRDV, in partnership with Airbus, for the future of Urban Air Mobility. “City and the Sky above” – MVRDV + Airbus. Image © UABB

“Eyes of the City” is the first public exhibition to incorporate facial recognition technology on its very premises. Dutch office MVRDV designed an info point pavilion where visitors are facially scanned upon accessing the Biennale’s venue. However, unlike in systems deployed in cities all over the world, visitors can opt not to be recognized by wearing a special mark to remain anonymous and signal their stance to others. The installation concept was developed in collaboration with The Cooper Union and advocates for the possibility of “opting out” from facial recognition.

Eyes of the City. Image © UABB

"Today, a Biennale cannot be, as it once was, a gallery of curated projects, but needs to be a forum for debating pressing societal issues," said Carlo Ratti, founding partner of CRA design and innovation office and director of the Senseable City Lab at the Massachusetts Institute of Technology.

"As the “Eyes of the City" focus their gaze on us, it is time for us to look back at them – and better understand ourselves in the process."

"Eyes of the City’ explores the crucial role that technology is destined to play in our everyday lives. Our tech-enhanced cities could become spaces that improve people’s well-being, but they could also become dystopian. The antidote to this is an open, international discussion and exchange of knowledge. This is the first Shenzhen Biennale with a strong academic presence, and our objective is to set up a platform for debate," said Michele Bonino, professor at Politecnico di Torino. 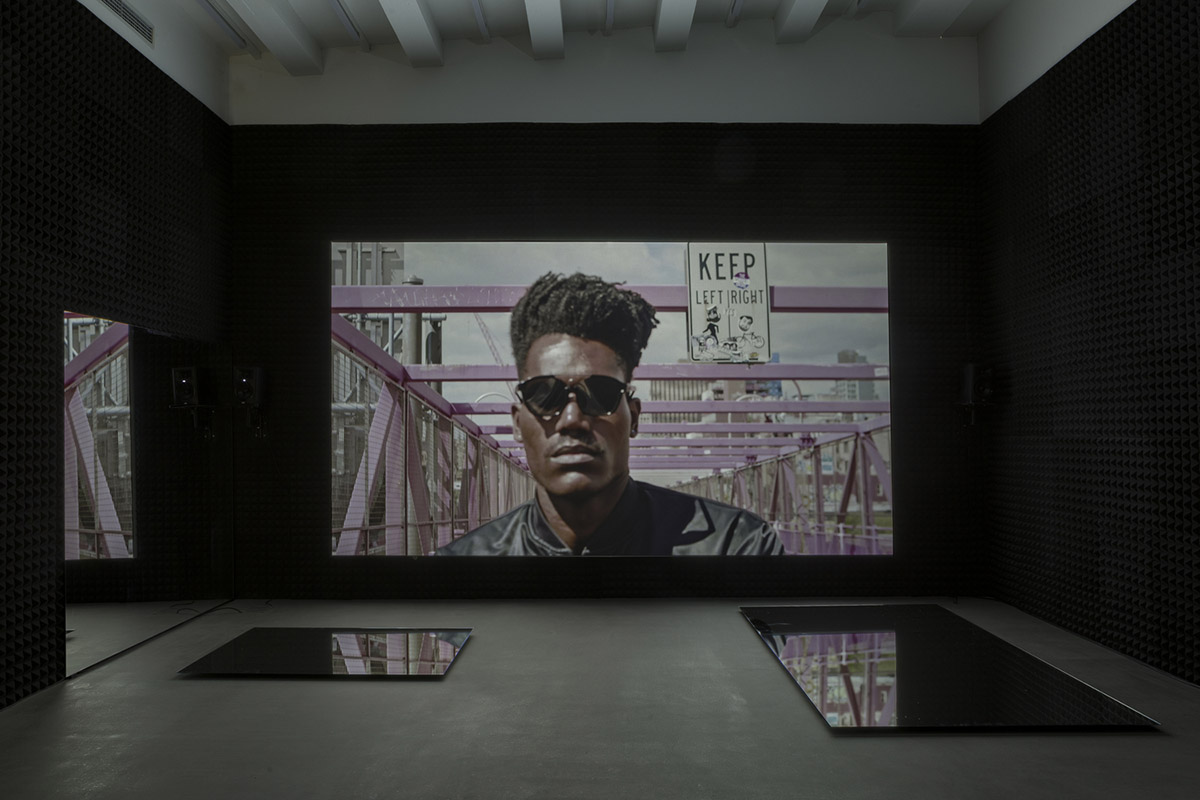 The main themes explored as part of "Eyes of the City" also provide the basis for a series of talks and panels that will bring international and local speakers to Shenzhen to continue the conversation beyond the exhibition. Documents from all the “marathon talks” will be archived on the Eyes of the City website. 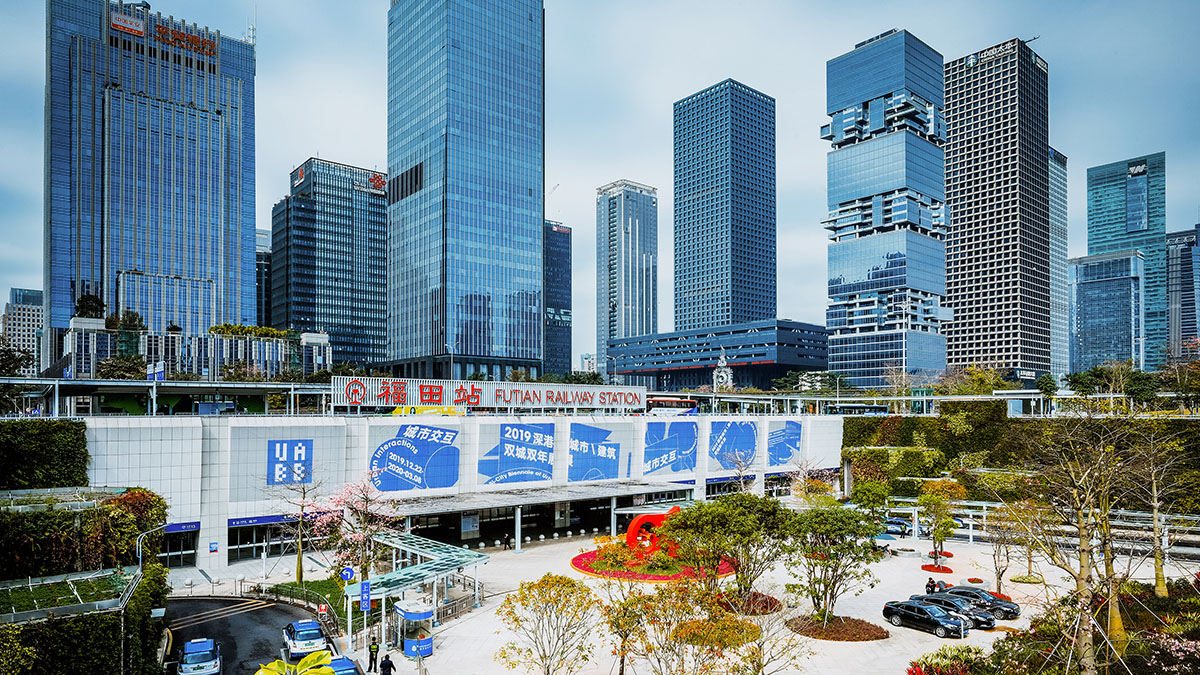 All installations in the “Eyes of the City” section were produced locally and assembled on-site, without resorting to international shipping and hence reducing global CO2 emissions. Such stance is both a tribute to Shenzhen’s role as “factory of the world” and a way to push the boundaries of digital fabrication.

For each project, exhibitors provided a series of blueprints to instruct Shenzhen-based manufacturers on how to build the exhibits. The blueprints have been made accessible online, in an open-source way, to allow people to download them and replicate or further develop specific projects and tools at the website.

"Eyes of the City" has also established a partnership with the Fab Foundation, representing the world’s largest network of Fab Labs, to ensure people who are not able to join the debate in Shenzhen can continue the discussion prompted by the exhibition by interacting with the varied network of Fab Labs across the world – including Hong Kong (Openground), Shenzhen (SZOIL), Milan, Seoul, San Francisco, Boston and Lima. Individual Fab Labs could come together and experiment with ideas and projects that were first introduced in Shenzhen, enhancing their scalability or simply reinterpreting them based on their local context.

4. Using a station as a discursive venue

"Eyes of the City” extends over a surface of more than 5,000 square meters and is located inside the Futian station, one of Asia’s largest mobility hubs. This venue has become the opportunity to reflect on the changing nature of stations in the digitally augmented city. For centuries, stations were places where one could experience urban anonymity in its highest form; today, they are becoming places of personal data collection. Stations as well as airports are the right places to start a critical reflection on how the “Eyes of the City” scenario might evolve.

The exhibition was designed as a meandering path similar to shopping malls or duty-free shops inside transportation hubs. Graphics by Dutch designer Mieke Gerritzen draws inspiration from station signage. Moreover, a 1-kilometer-long data visualization, developed by Northeastern University professor Paolo Ciuccarelli, is placed on backlit walls and tells the story of the curatorial team’s “open-source approach” while enclosing the entire space in data and light.

The "Eyes of the City" exhibition’s unusual venue ultimately becomes an opportunity to engage a wider audience of visitors and passersby in order to spark an inclusive conversation. This is consistent with UABB’s mission to extend the architecture and urbanism discourse to the general public. In 2017, the Shenzhen Biennale welcomed more than 550,000 international visitors, making it the world’s most attended architecture exhibition. 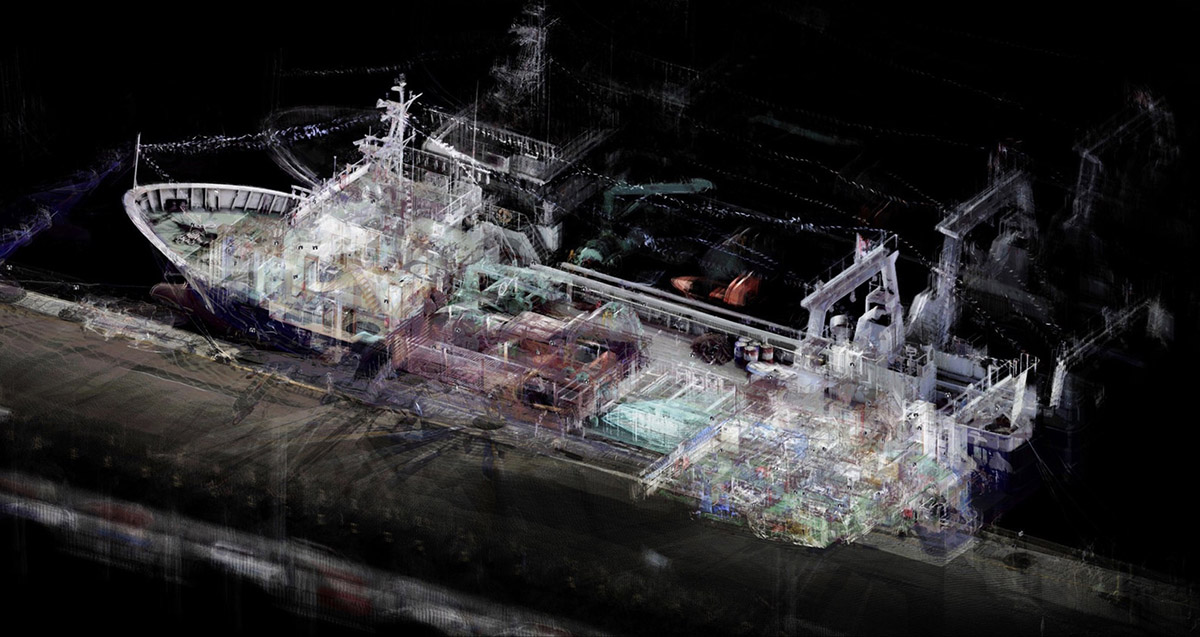 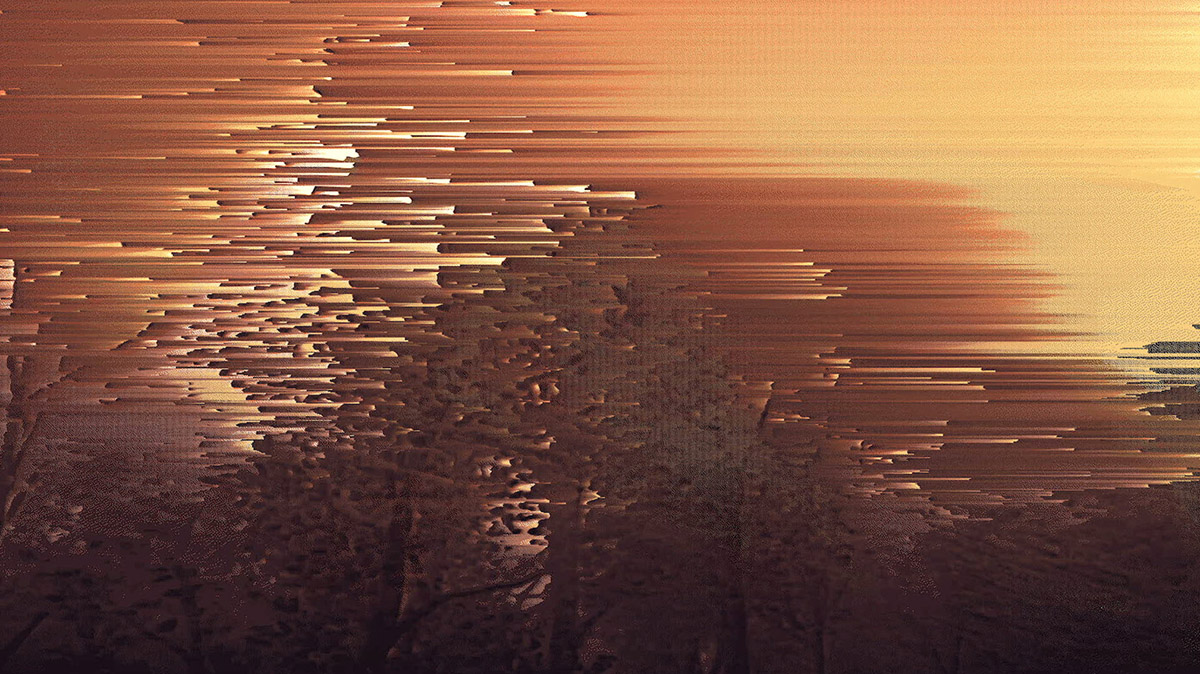 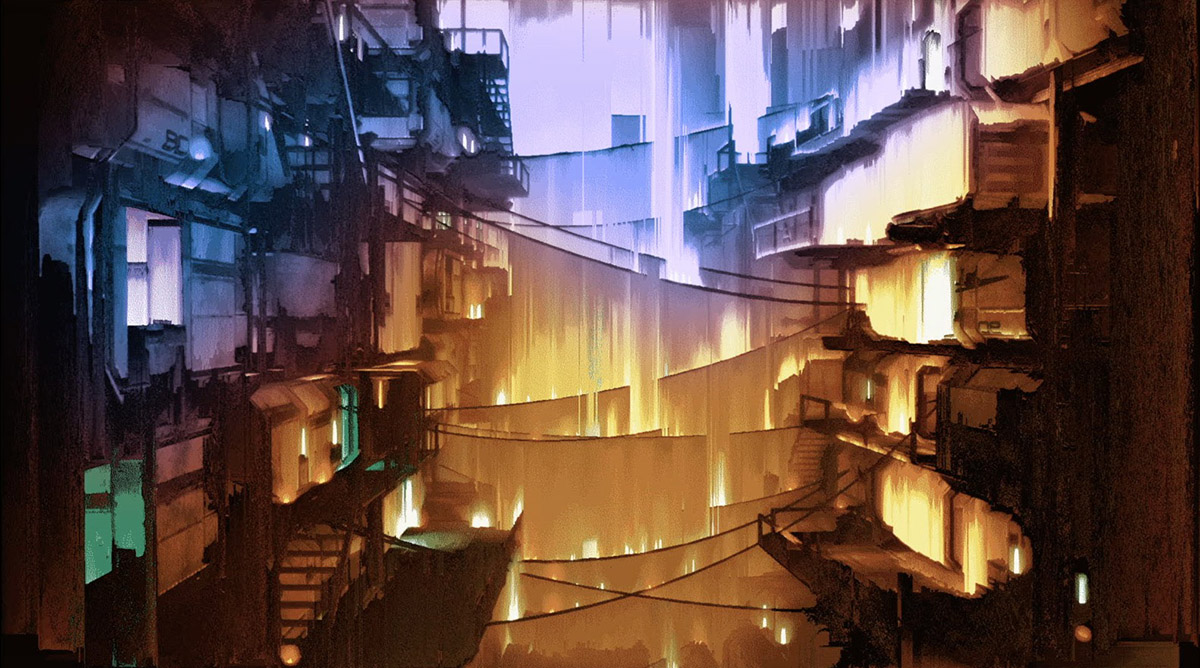 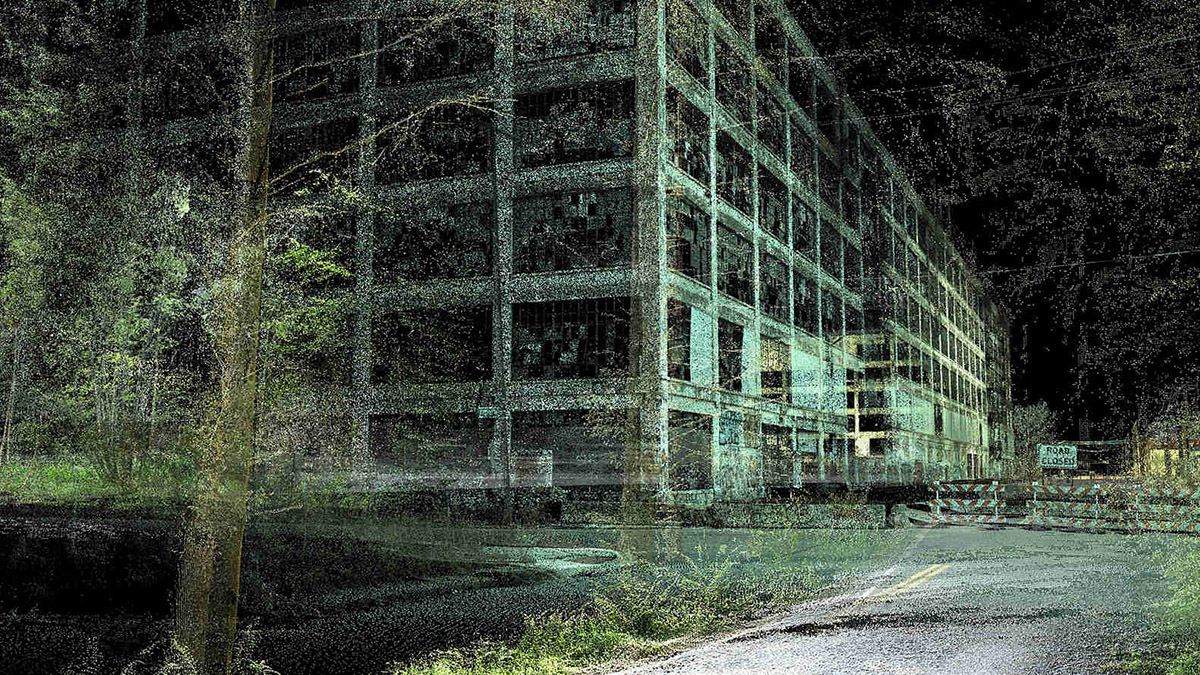 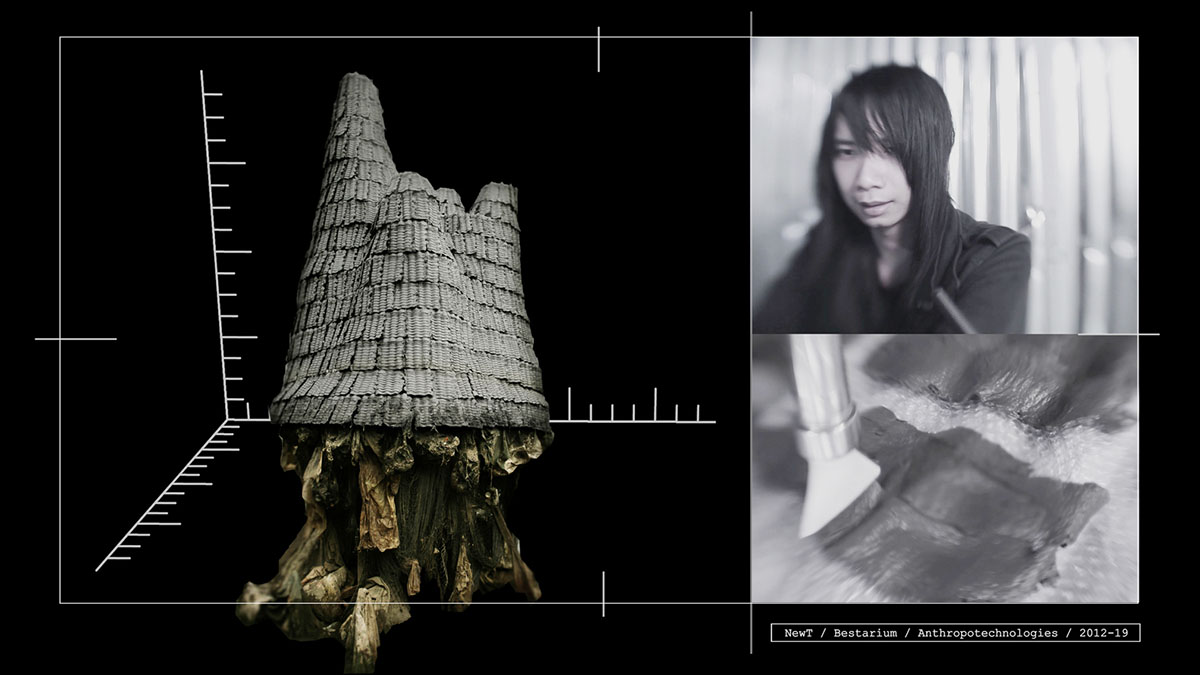 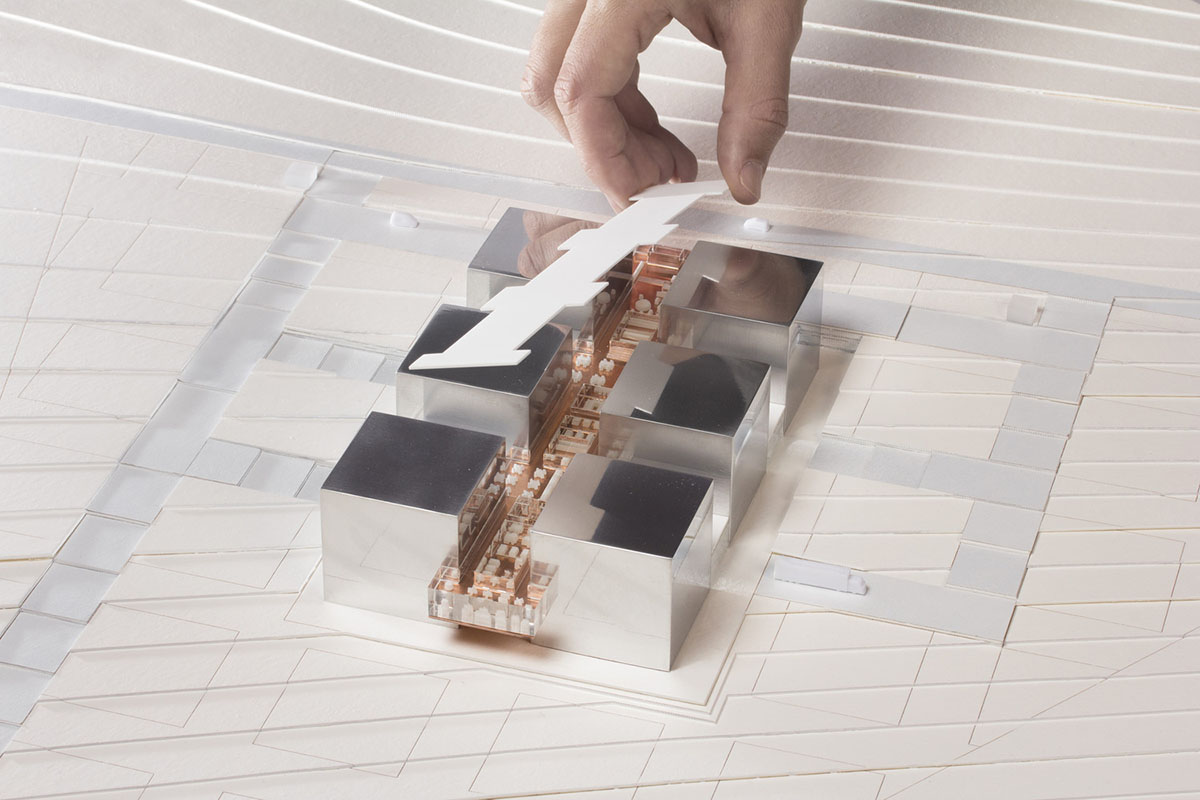 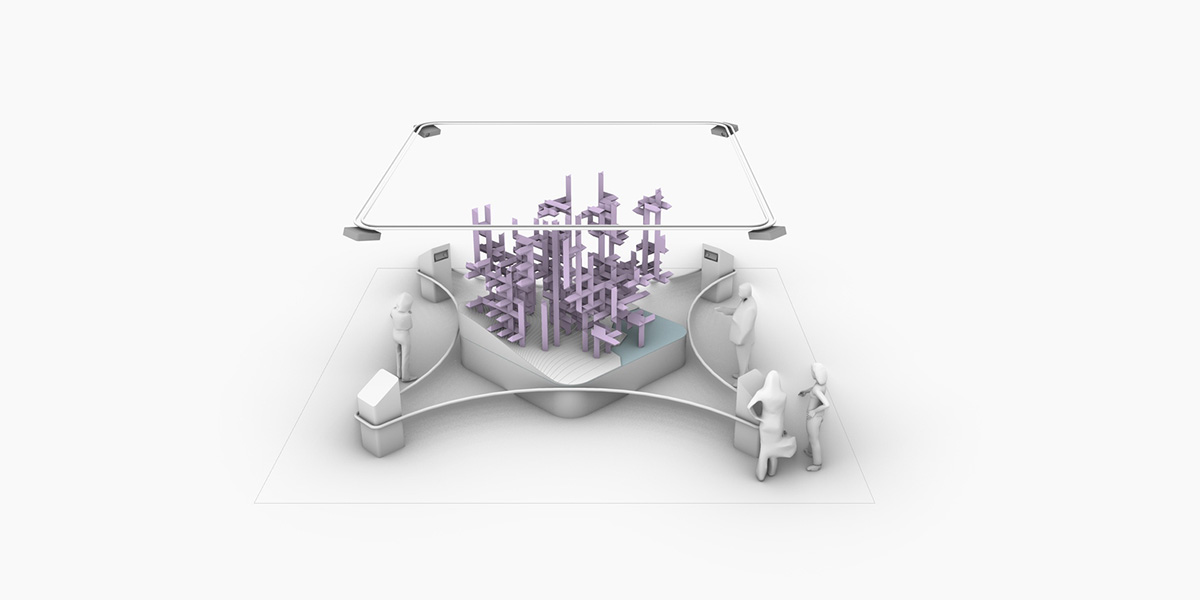 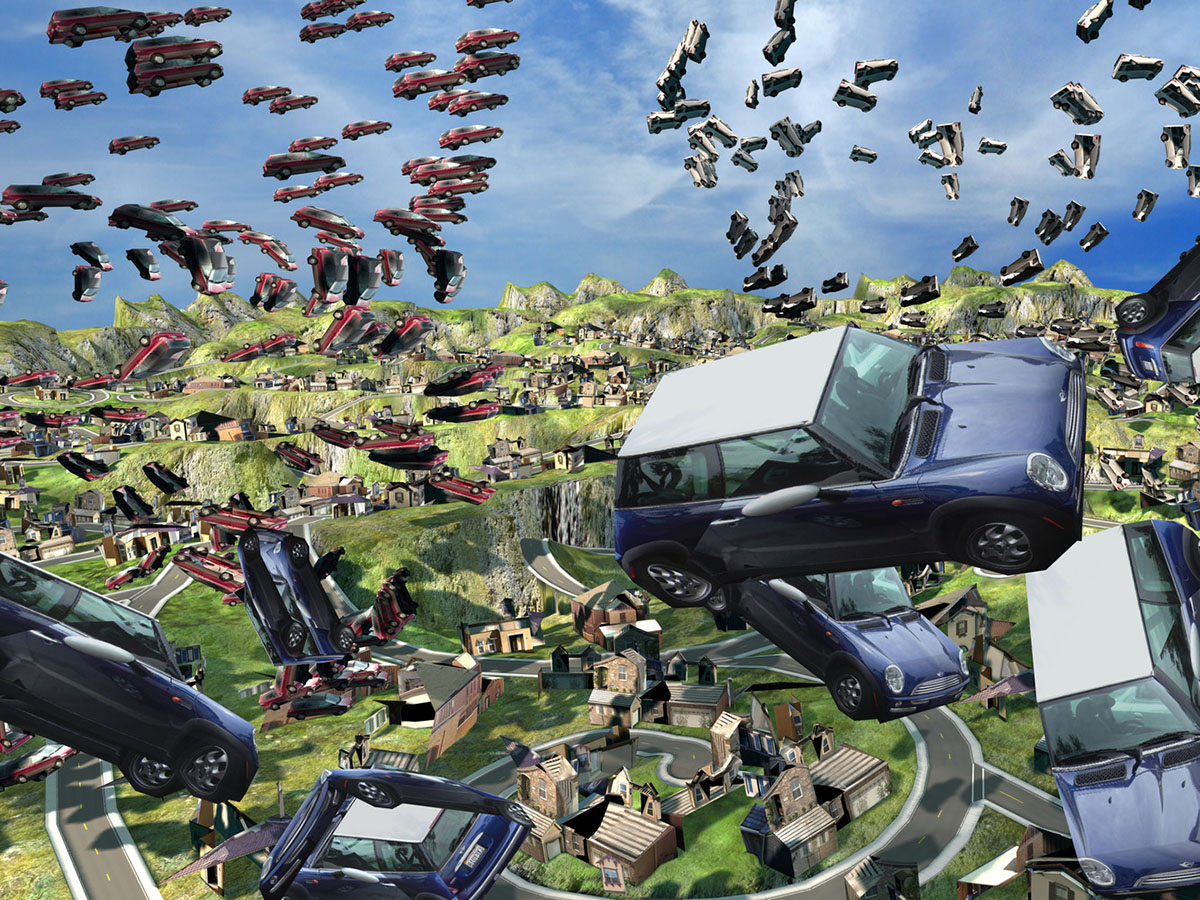 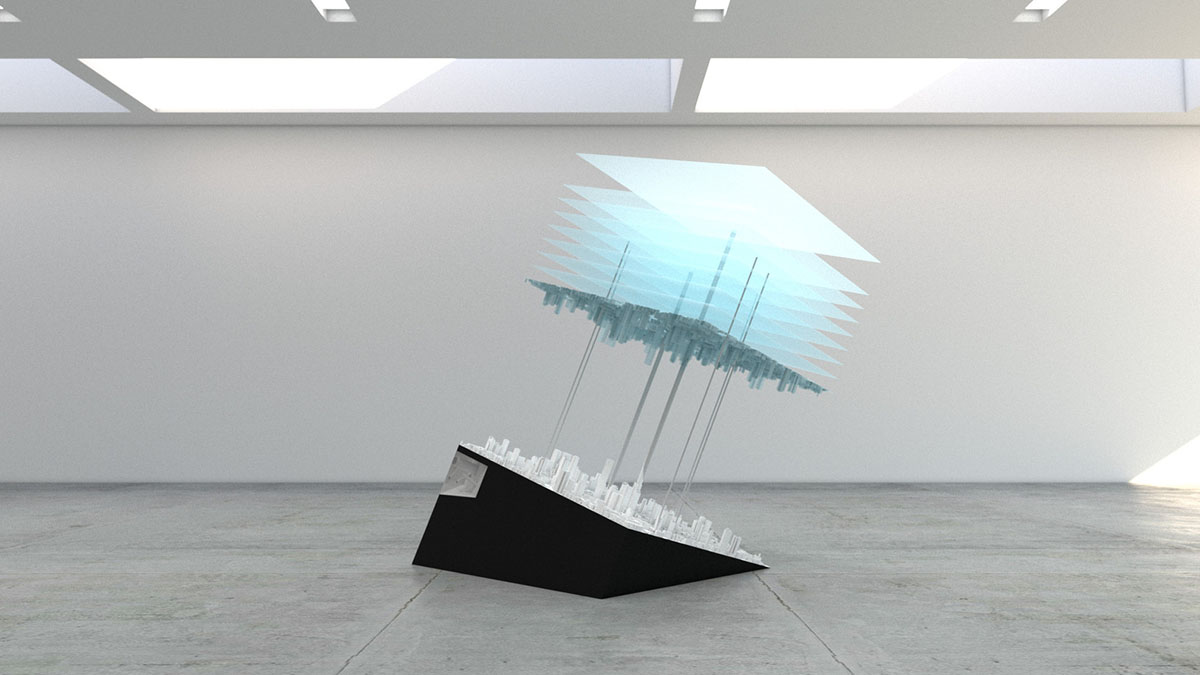 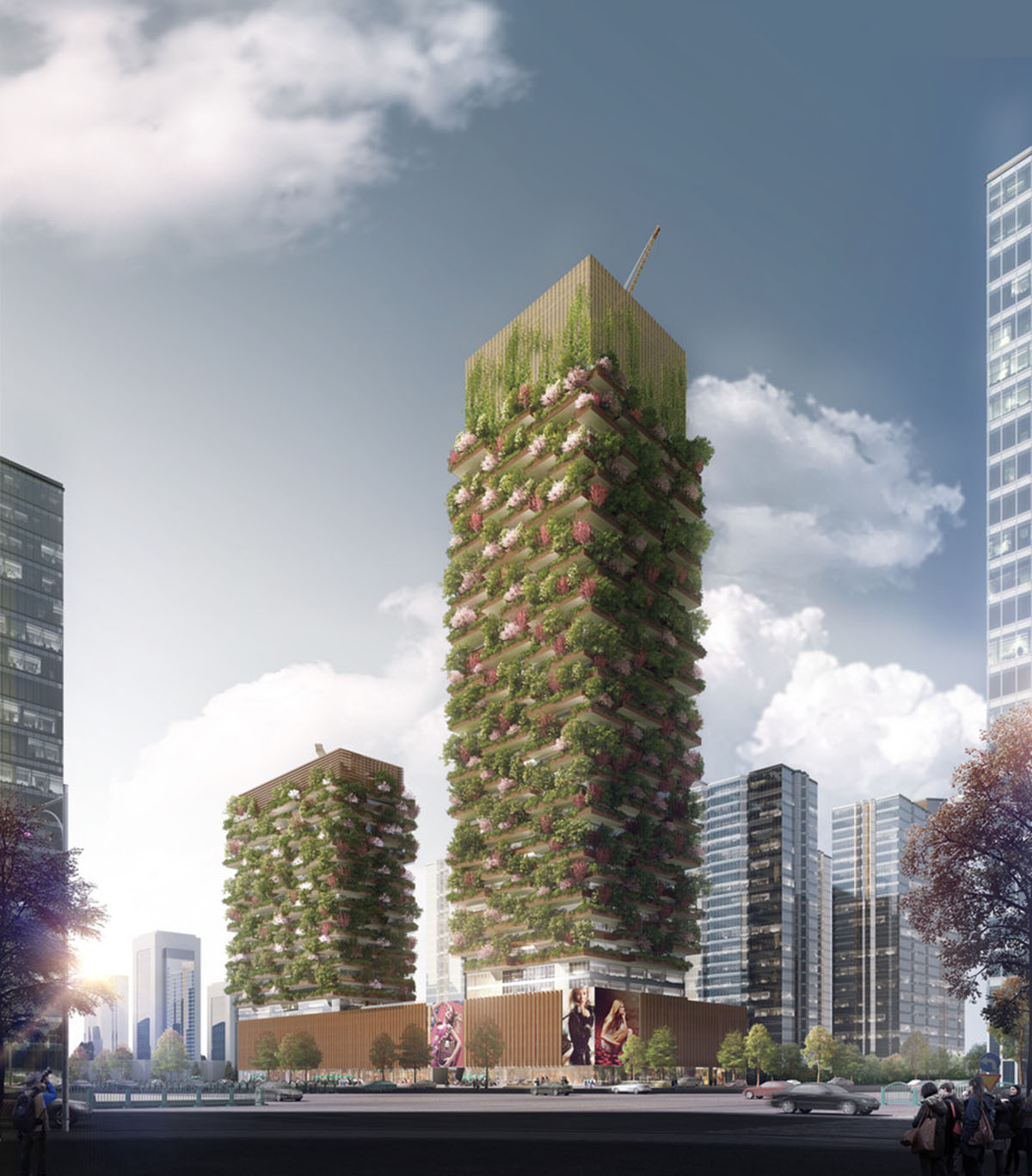 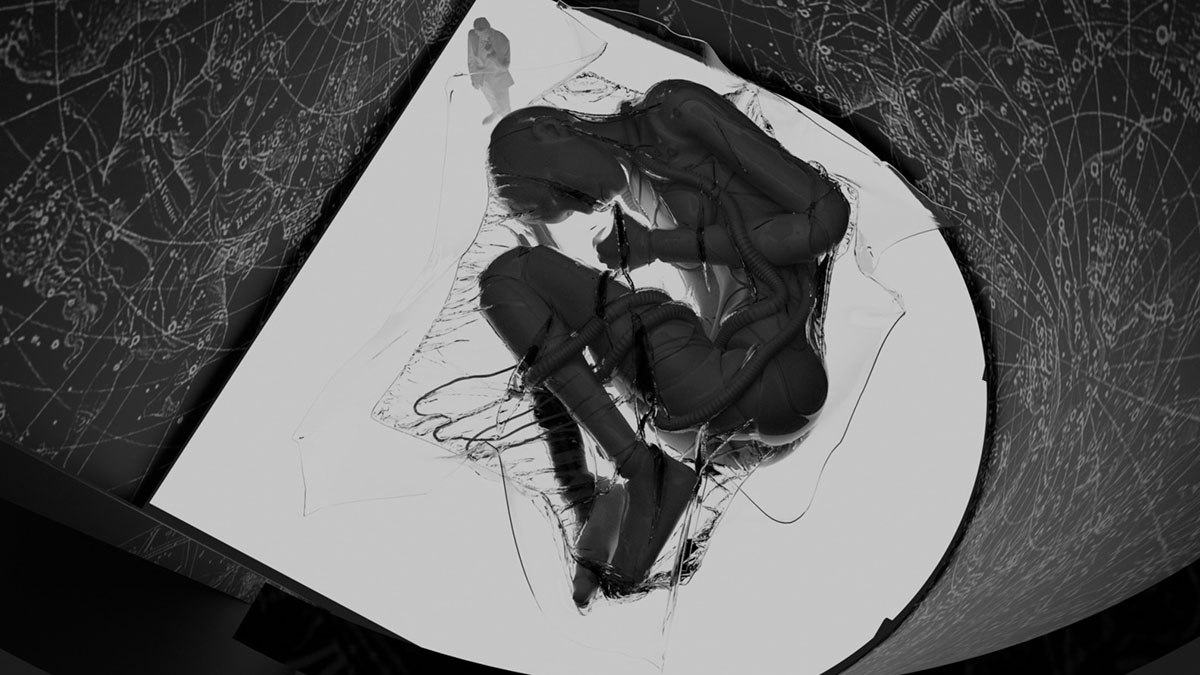 The exhibition venue inside the Futian station was designed by: CRA-Carlo Ratti Associati and Politecnico di Torino

> via Bi-City Biennale of Urbanism\Architecture of Shenzhen