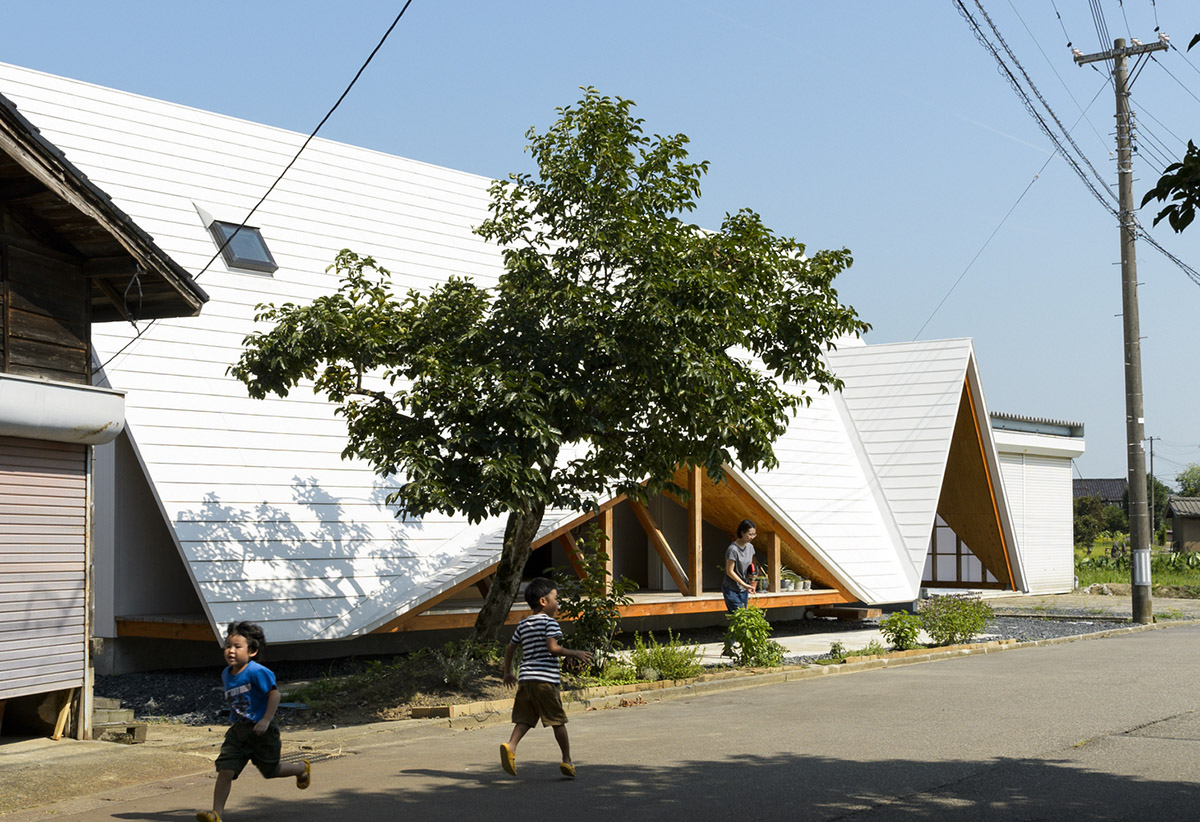 The house, named Hara House, is perceived through its A-frame trusses and large openings that offer a full of privacy under its white-coloured shell. 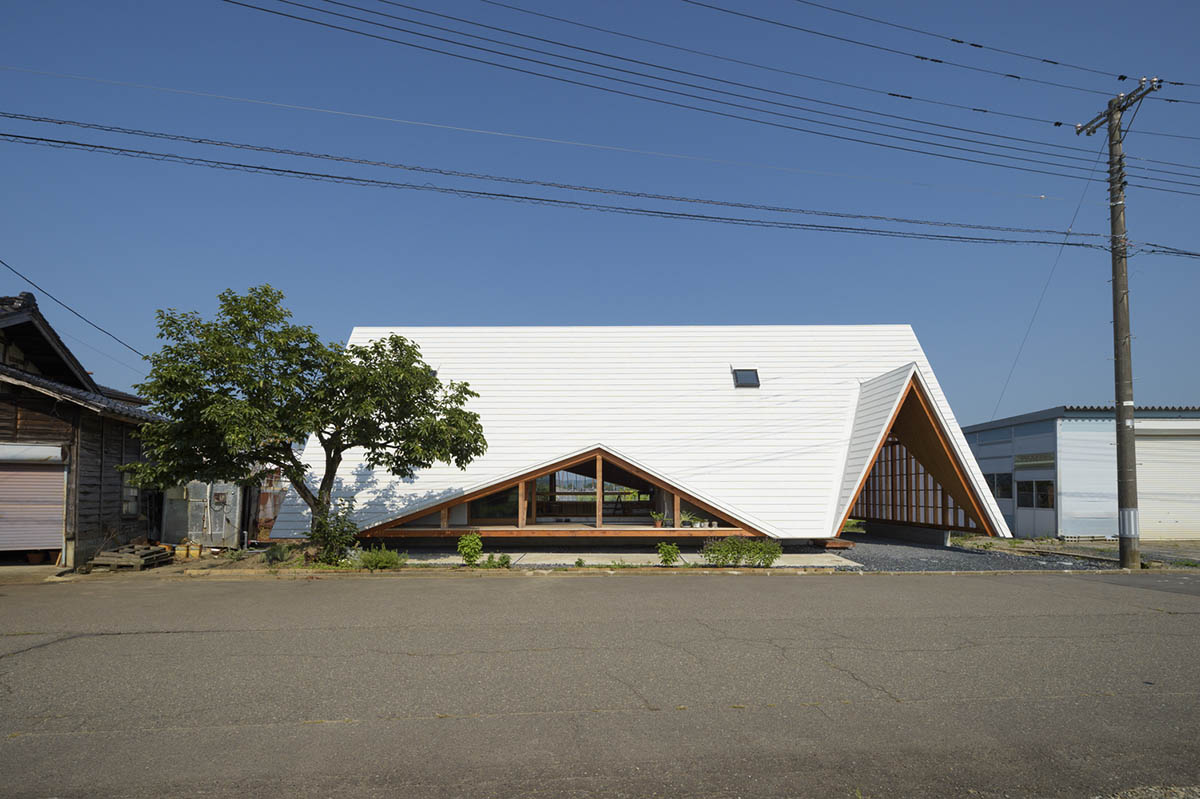 Hara house is located in the agricultural village of Tsurugasone, formerly known as Nakanoshima, in Nagaoka city, Niigata prefecture. The village is in the conventional Japanese village style wherein, a single estate contains an assemblage of buildings and farmland, that are inter-dependent on each other. 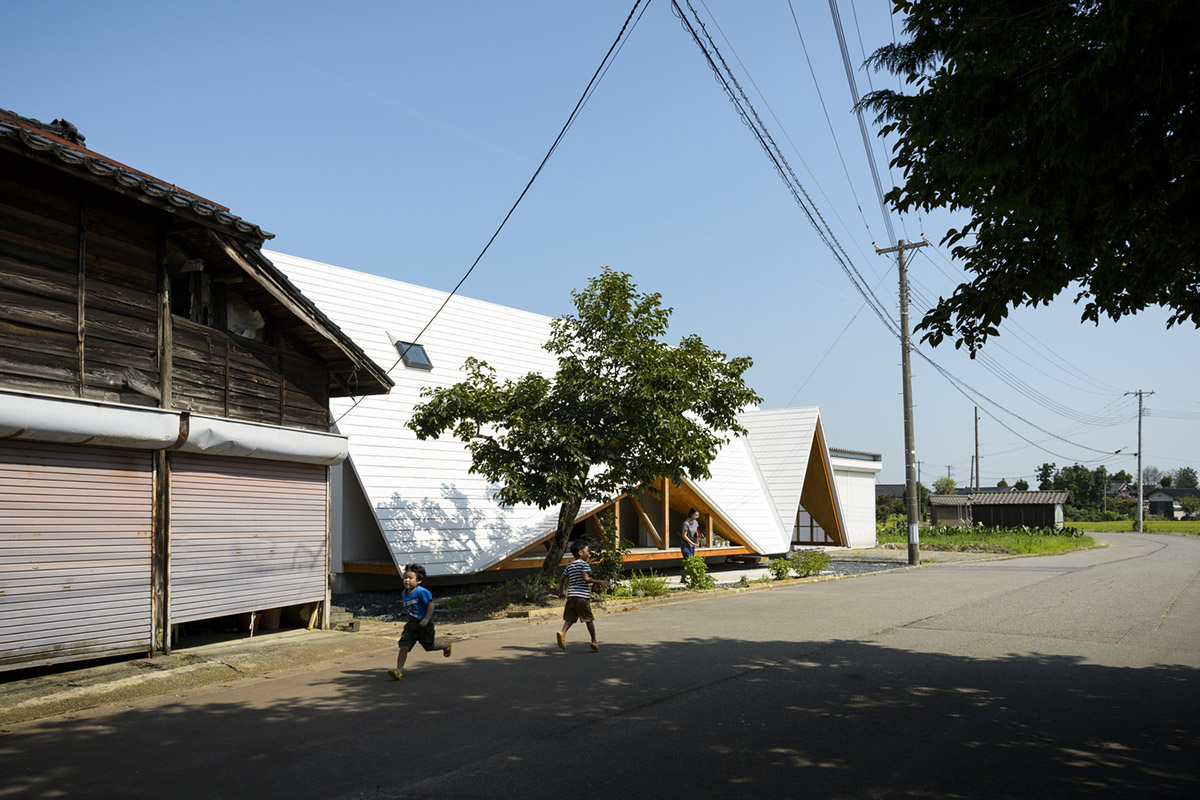 "This village is facing the same problems that many of Japan’s villages are facing; a rural decline, where new self-contained buildings superimpose themselves onto the land and create a larger and larger separation between the residents," said Takeru Shoji Architects.

"Eventually, the clients will inherit their large family estate which similarly, already has many built structure upon it such as the main family house, a work shed, parking area and a green house," the architects added. 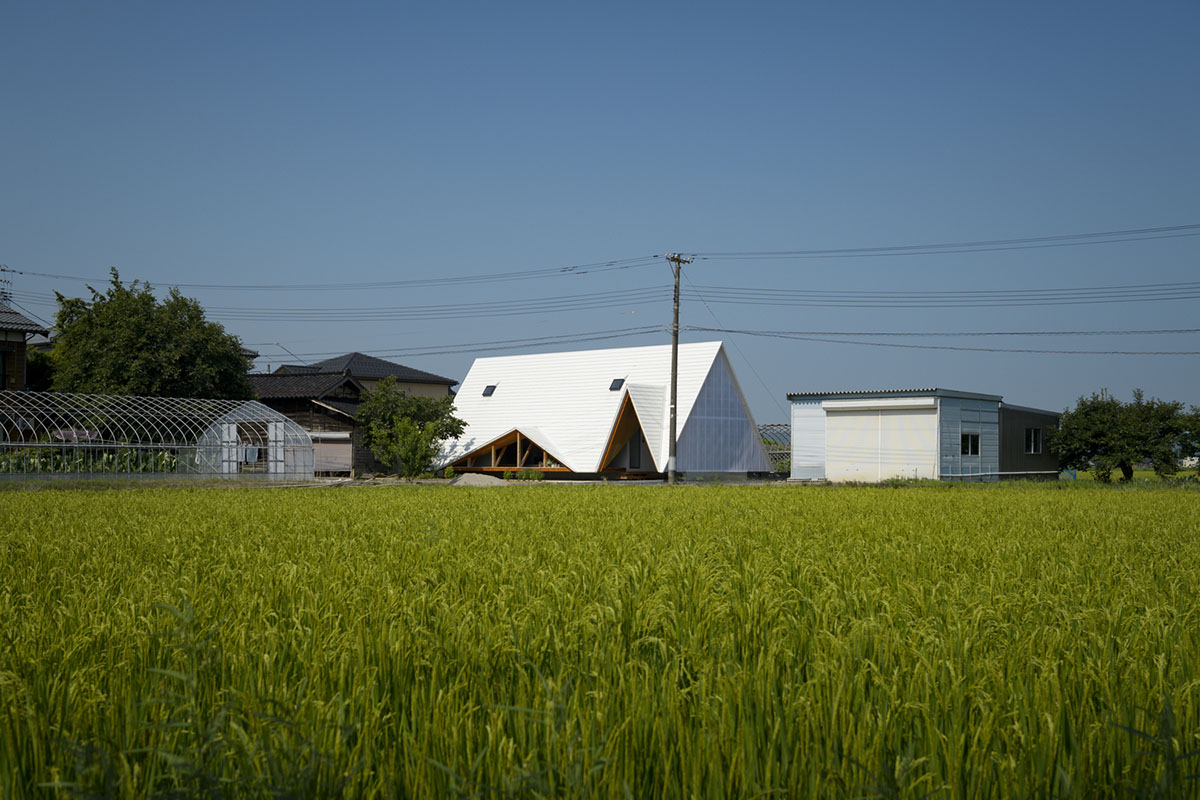 In this setting, the firm's design direction was to create a building that revitalizes the structures already present onsite and have the potential to adapt to new functions as the need or mood arises. 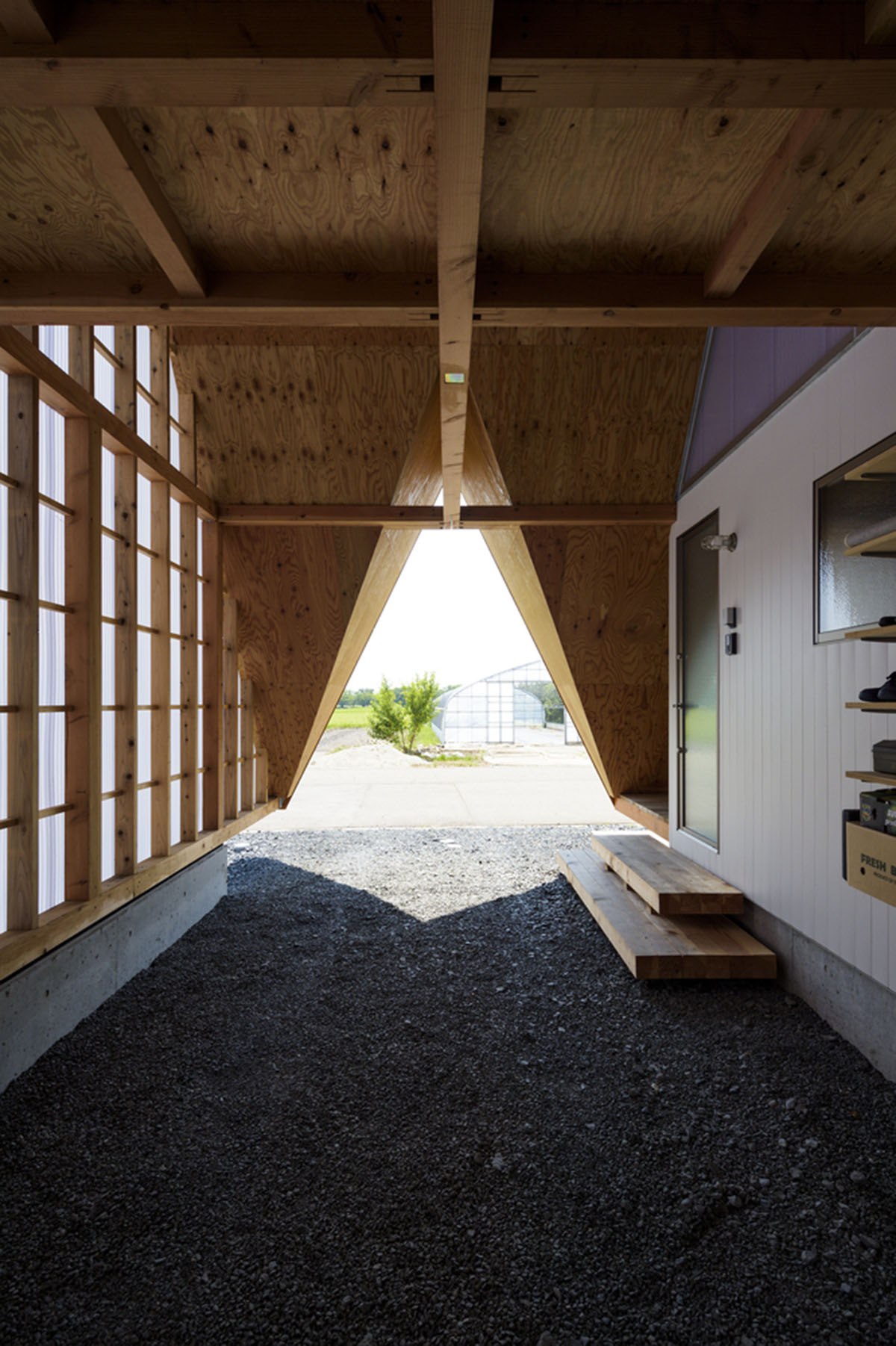 Giving consideration to the functions onsite, such as a main family house, storage areas and private rooms; most functions that are required in a fully self reliant house were already present onsite, thus the studio planned a house where the couple and their children can live in one corner of the large estate and just spend time when the mood strikes. 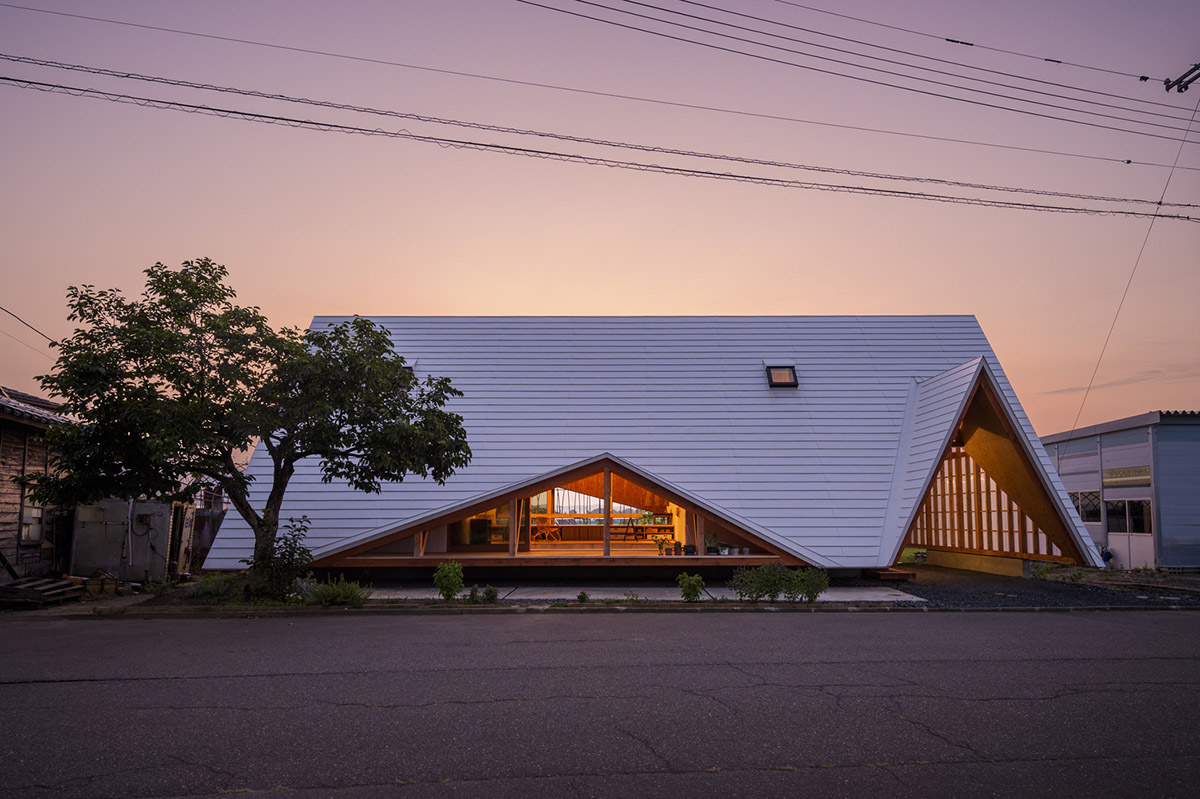 Instead of designing a conventional fully self reliant building, the studio aspired to create a buoyant and bustling hub.

"We designed a space where passing neighbors, friends and children can easily stop by to chit chat under the entrance porch, or workshop meetings and events hosted in the space can spill out to the land," the firm added. 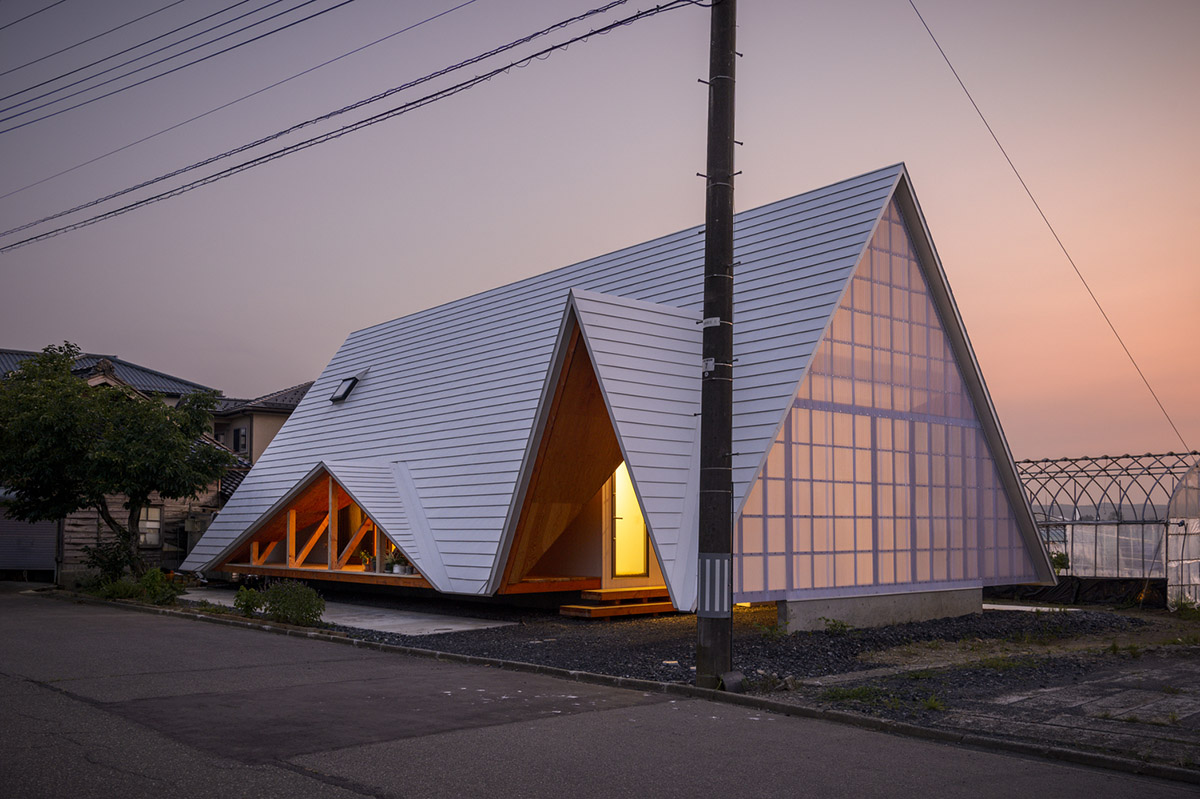 Thus bringing down the threshold of the house and opening it to the village. Thereby extending the building envelope to create a larger semi-public space.

The architects started their design from conceptualizing a small building as an ‘incomplete’ remote extension of the main house. The building is not fully self sufficient and thus draws from its setting and relies on the surrounding buildings to fully function and even engages the village to create a thriving community. 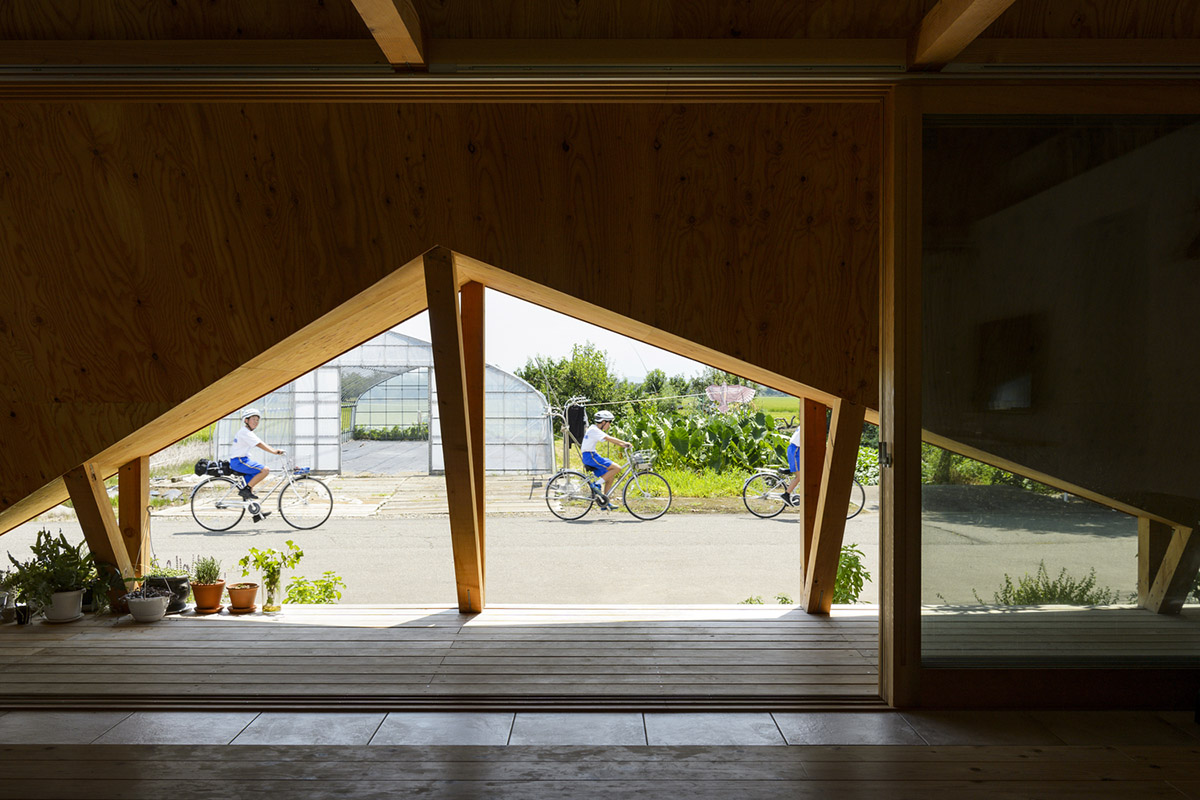 The building emulates its surrounding, which has many vinyl houses and work sheds, and uses 120mm square timber members, to create a simple series of "A frame" trusses. 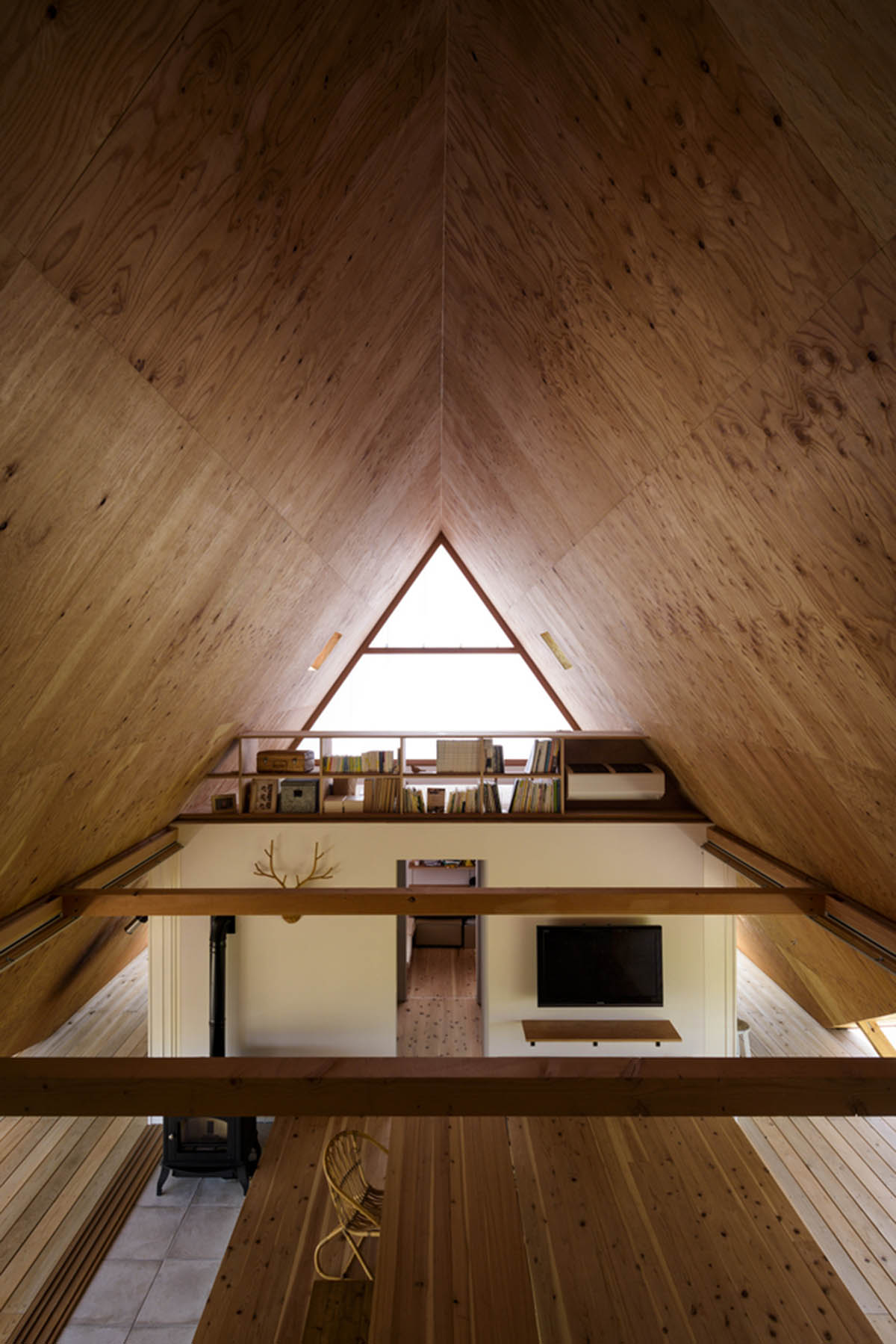 This structure creates an image of a large tent; a stiff yet giving structure which assimilates all the human behaviors. Storage, partitions and private rooms have been removed, as much as possible, to simulate one large open space that adapts to the user’s needs.

In this situation, one cannot help but rely on the support of the other buildings around it, thus jutting out of the building envelope and prompting the use of the existing architecture. 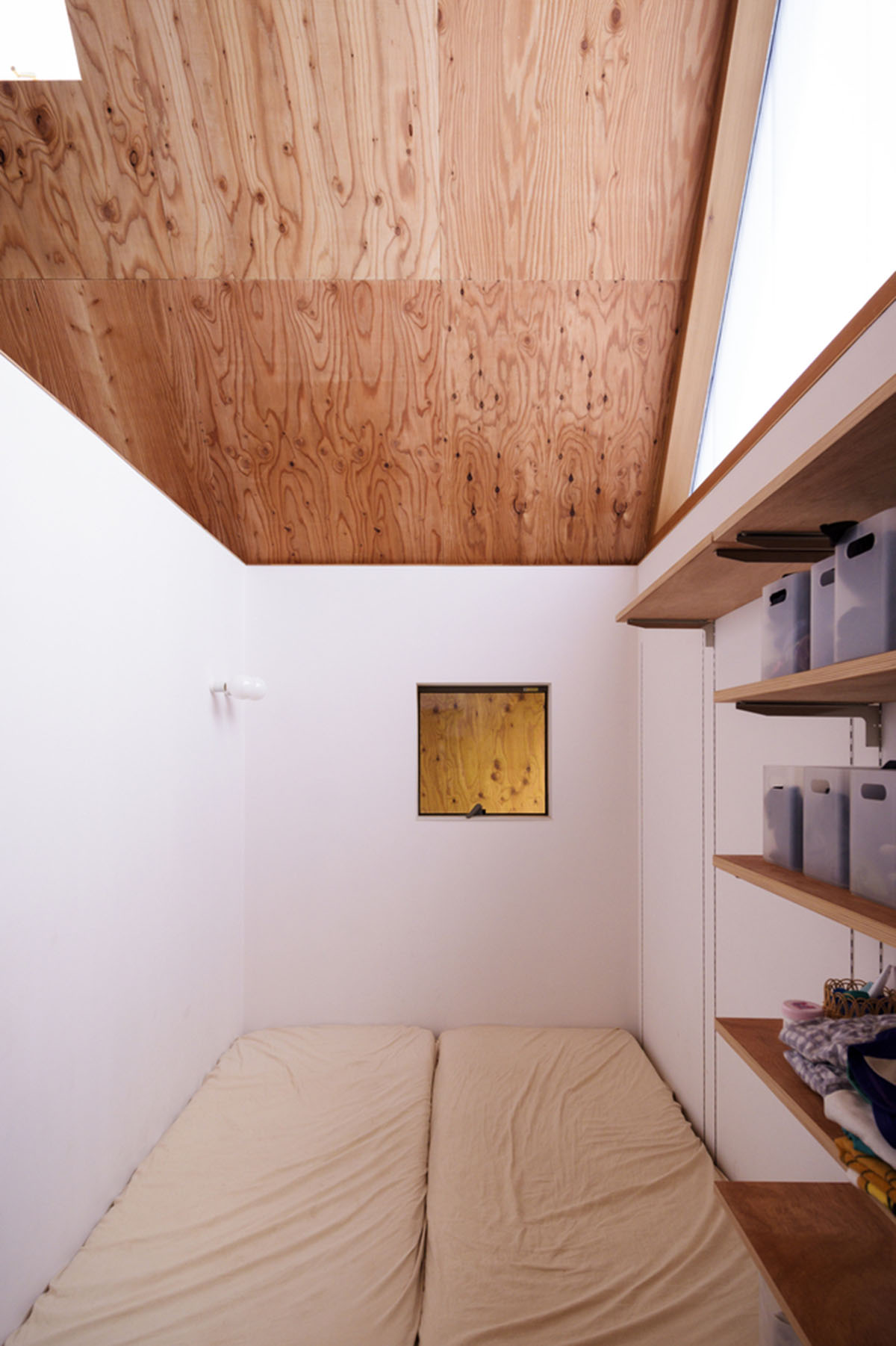 "The aim was to create a way of life that is never complete within just this one structure, it is a piece of the greater architecture; a house that is part of a group of buildings," the architects continued. 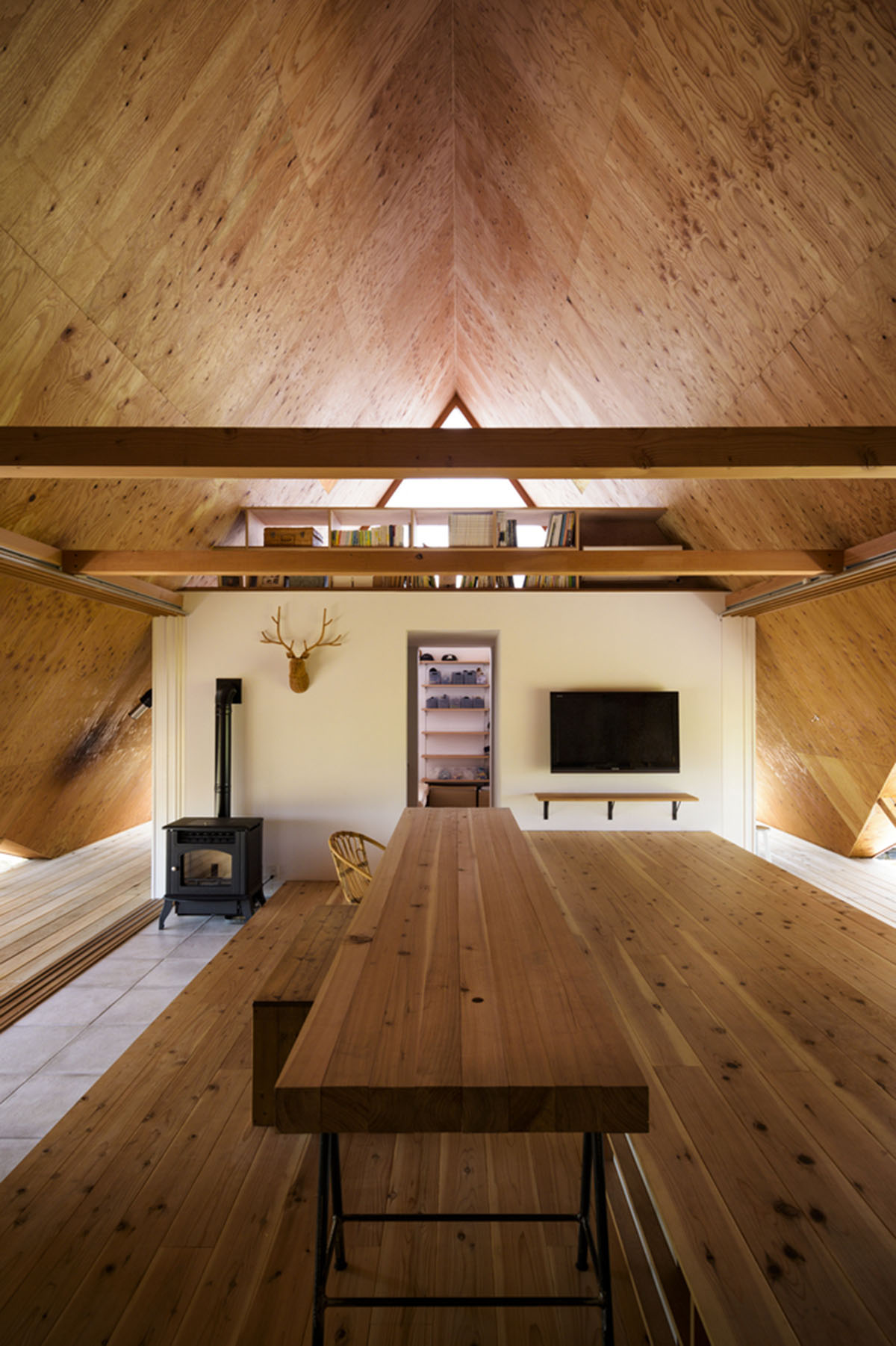 This vacuum in function encourages the users to invent creative ways to utilize the space; it encourages the ‘use’ of the building rather than just being a house you ‘enter’.

This ‘house of incompleteness’ is envisioned to become a ‘strong absorber’, as the blank space invites people and events of the village to utilize it; thus the house becomes part of the greater architecture of the village. 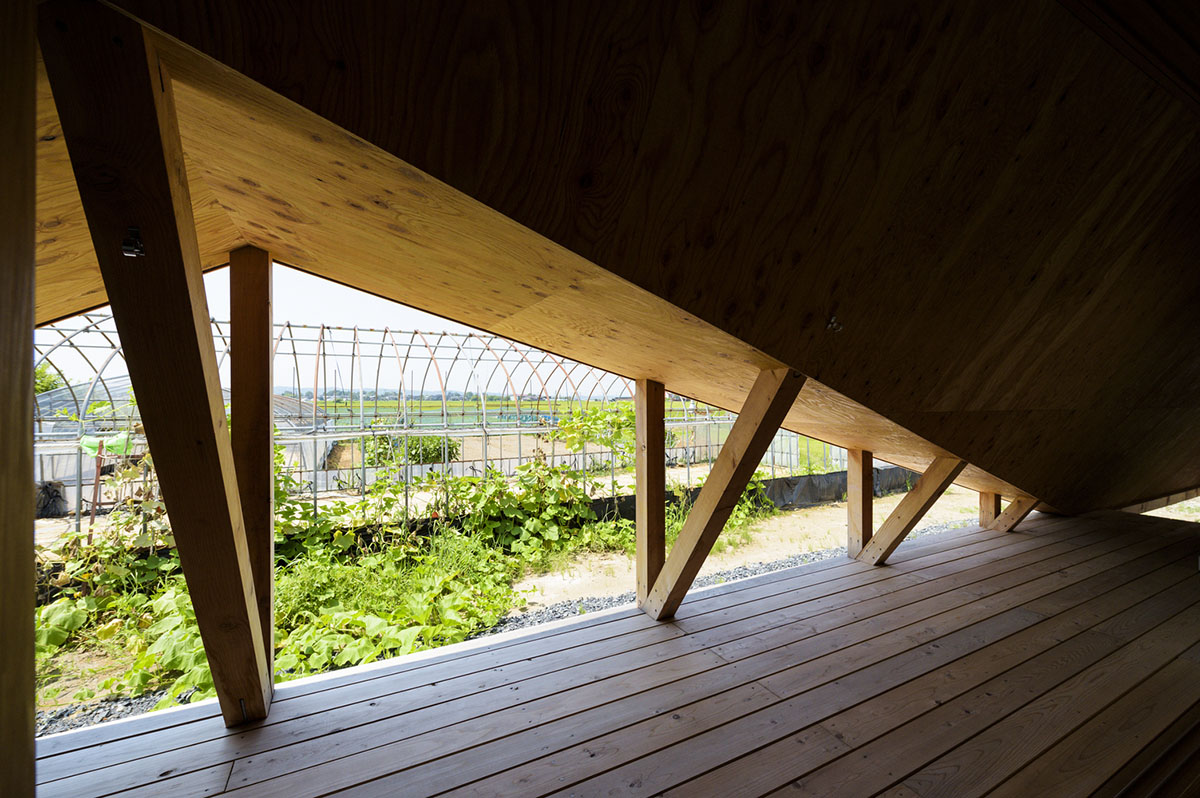 By establishing this type of architecture, with its insufficiency and blank space, a building is born that establishes itself in the village as an attraction of interest and activity.

This singular building crosses its threshold to interact beyond, just the family, to the village and slowly dissolves boundaries and creates the possibility of forming new connections and beginning the creation of a new, strong-knit community. "Someday, the couple will move into their main family house, and this house will be passed onto the eldest son to use with his family, the second son will renovate the work shed and practice agriculture, and the leftover extra space will be used by interns from overseas who have come to study agriculture," the architects explained. 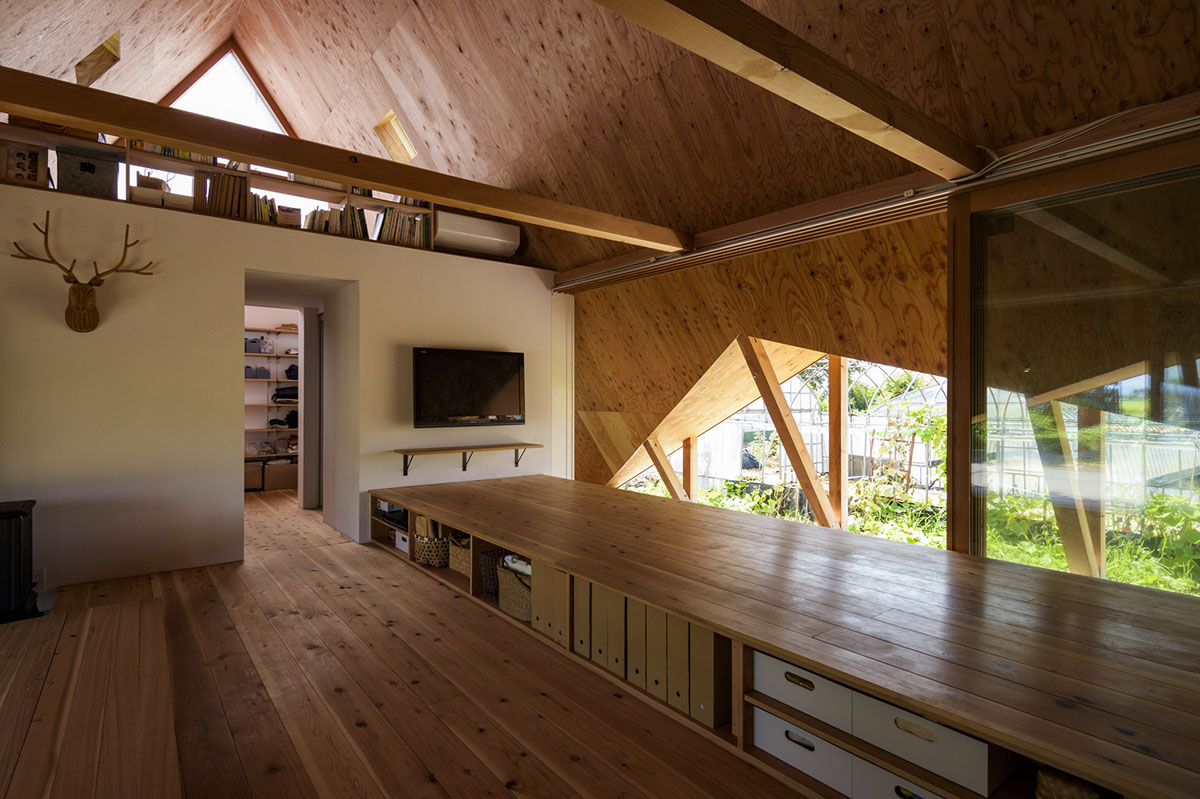 When thinking about such possibilities in the distant future, thoughts arise about how to design a connection that ties the future, its surrounding buildings, the agricultural community and the village as a whole. 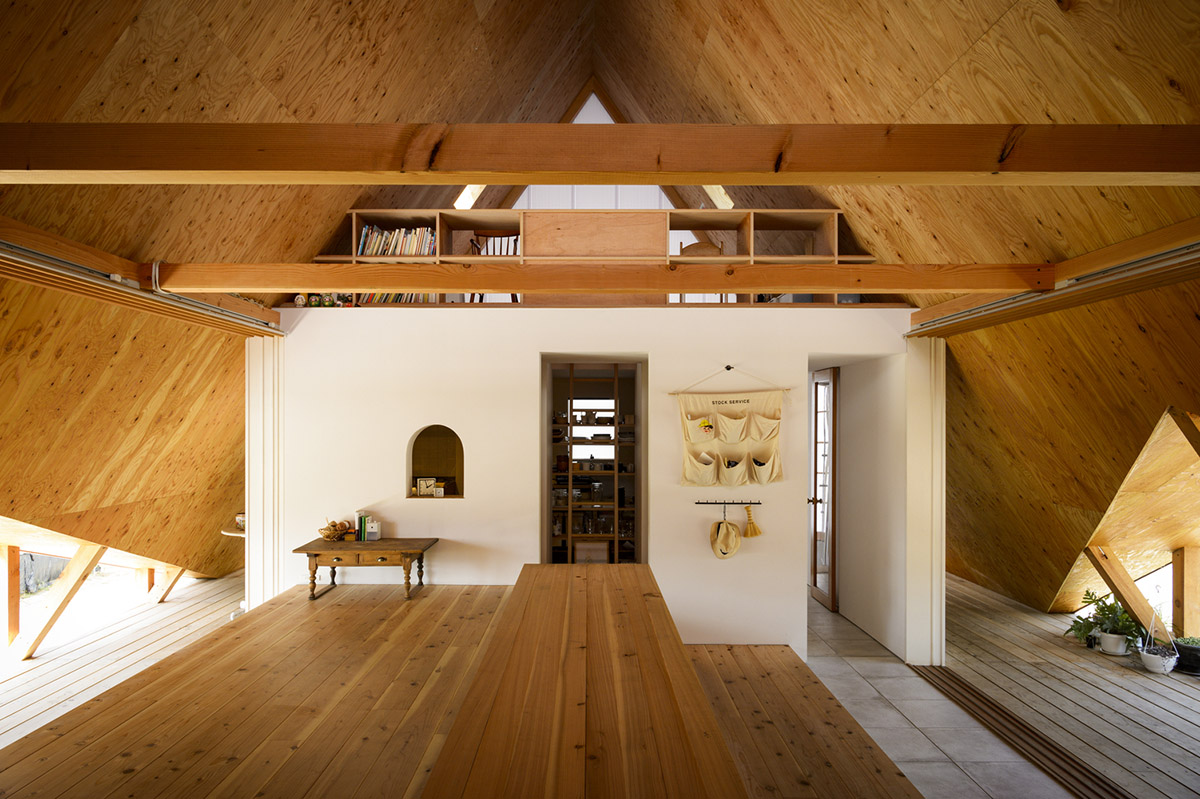 Hara house, as a simple "series of truss frames", aims to connect all these entities, by being part of the collective form of the village. It reinforces old and creates new connections with its surrounding buildings and community.

Hara house is a proposal of a "small house" that shows a new "management system of a village"; a way to revitalize villages that were formerly a collection of strong interconnections. 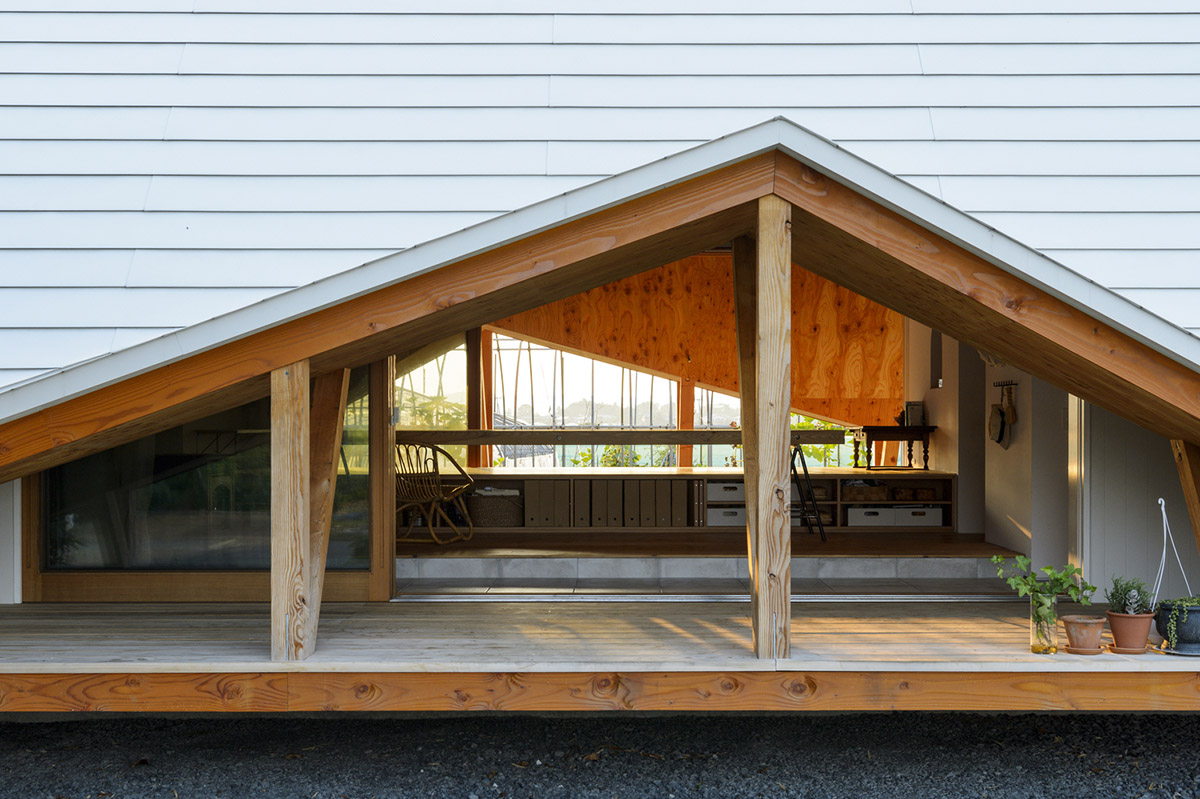 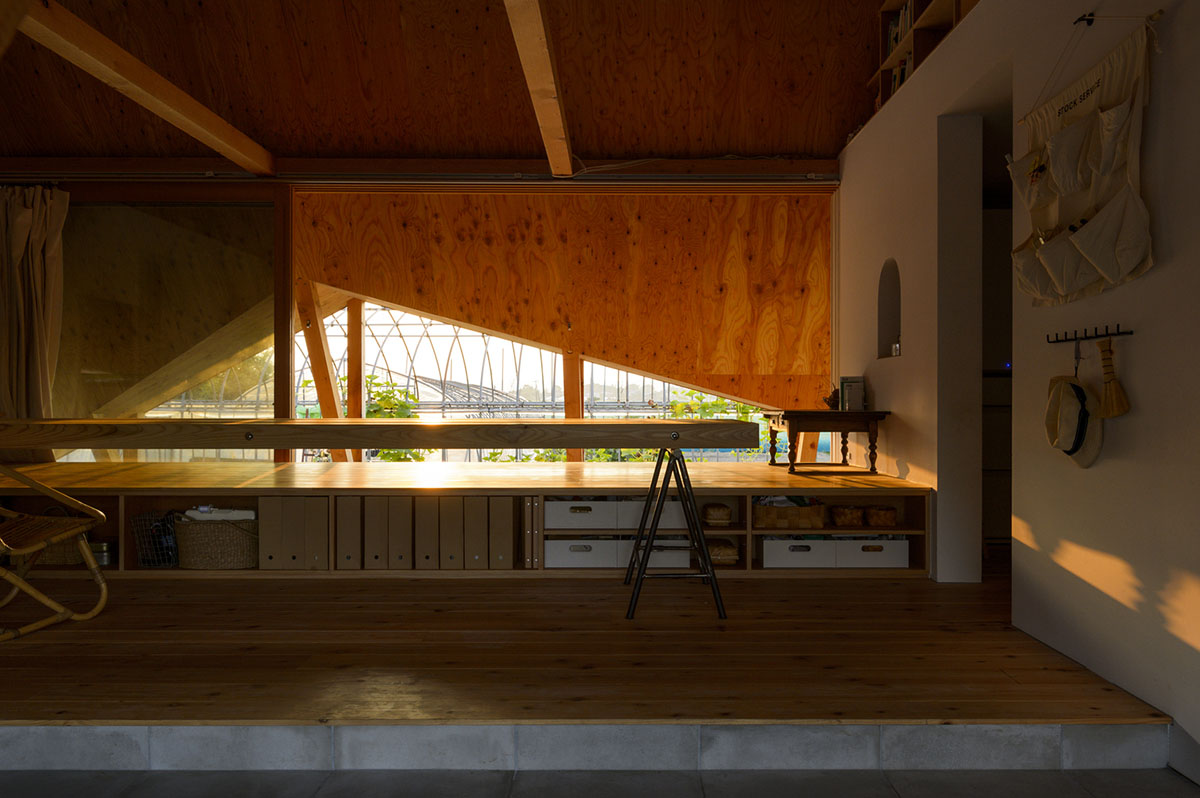 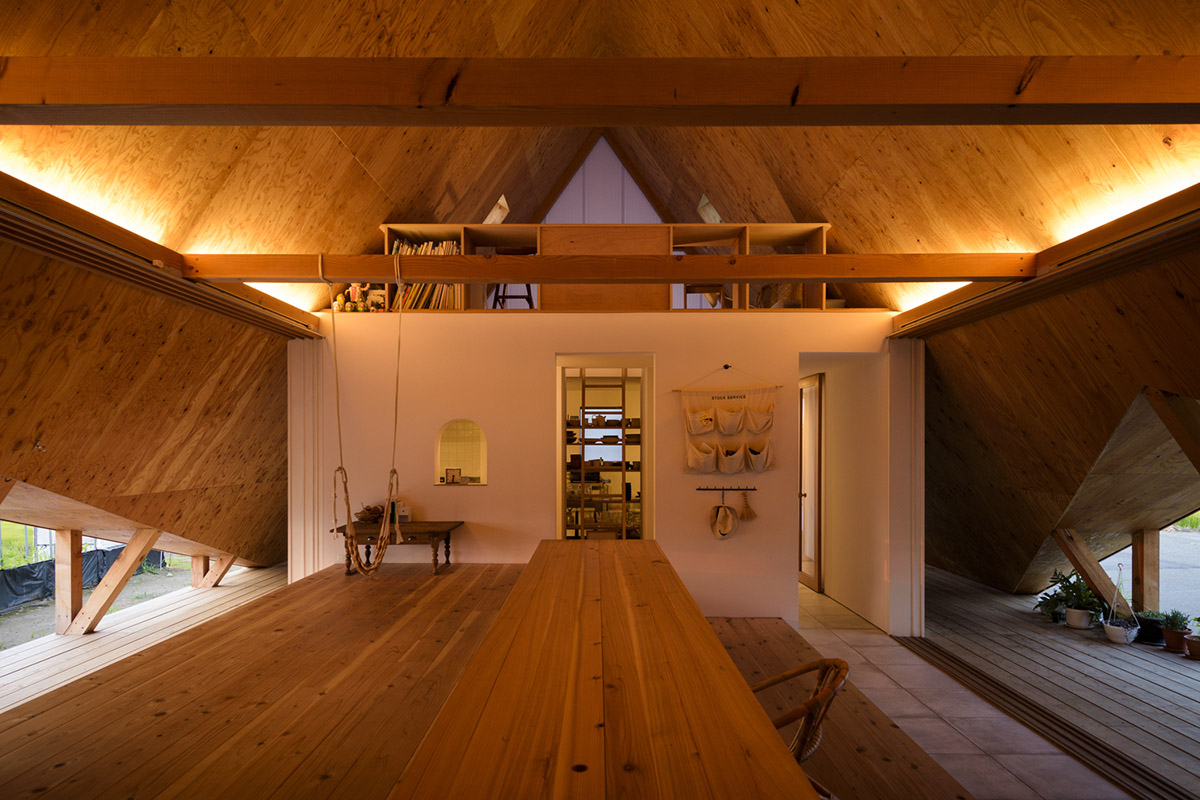 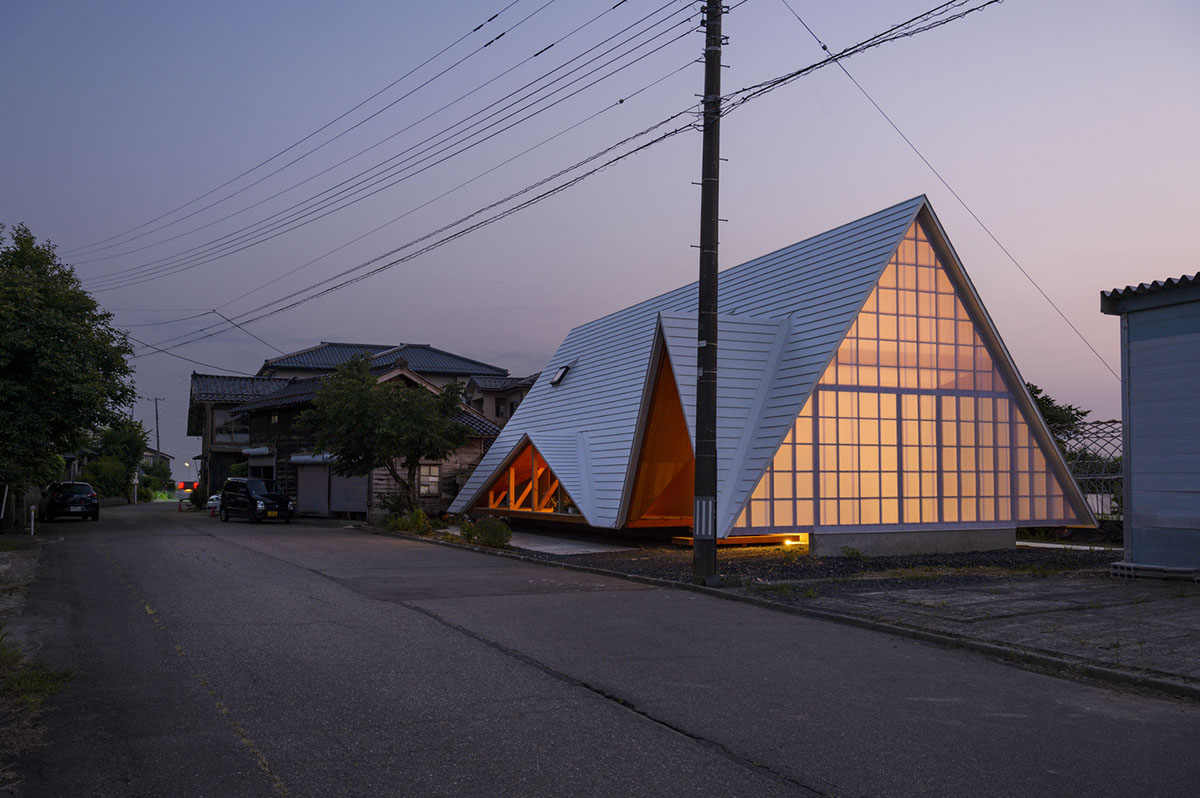 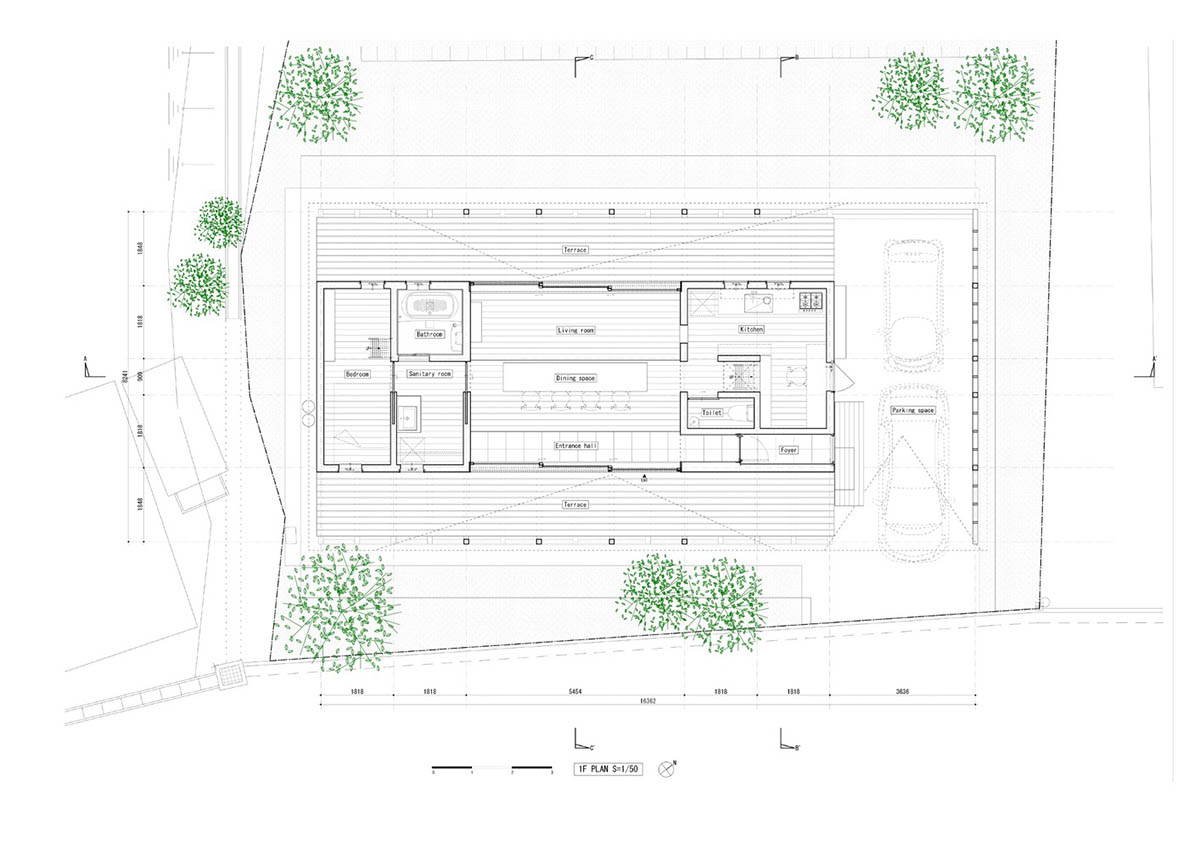 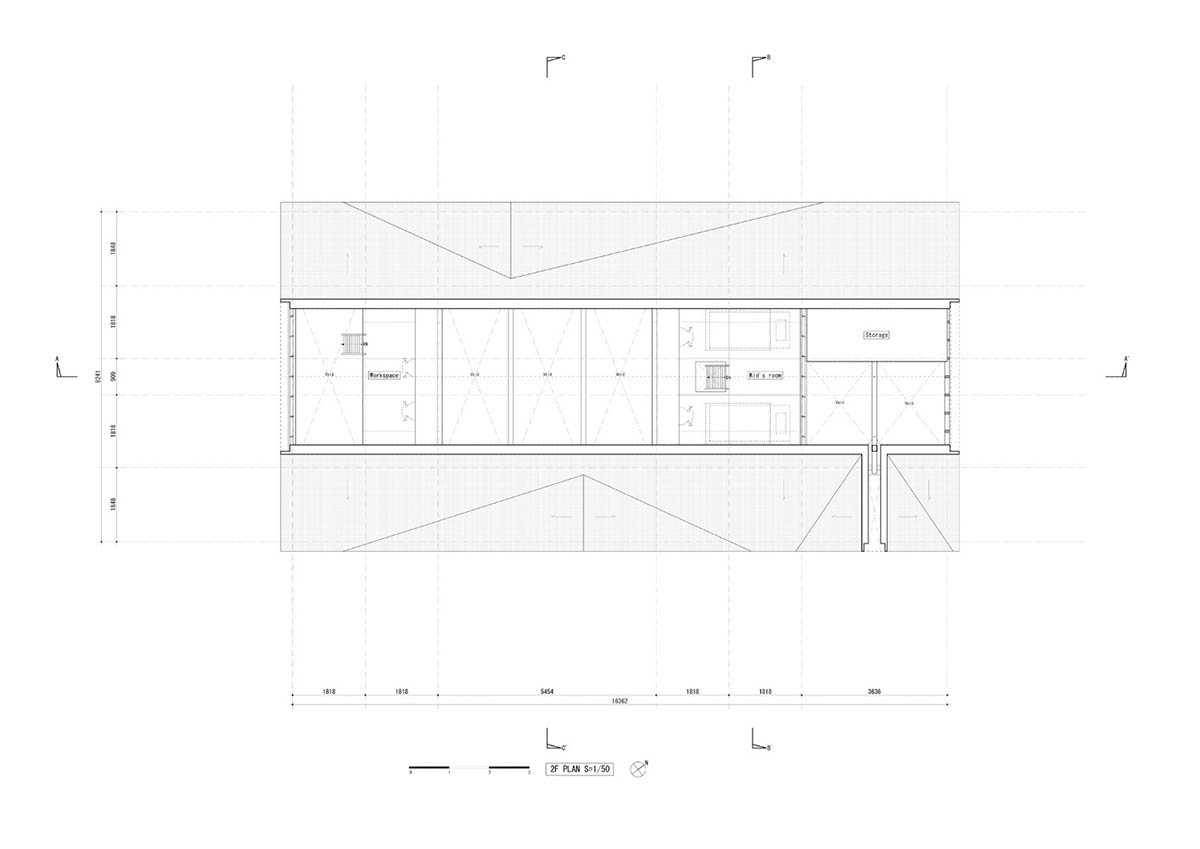 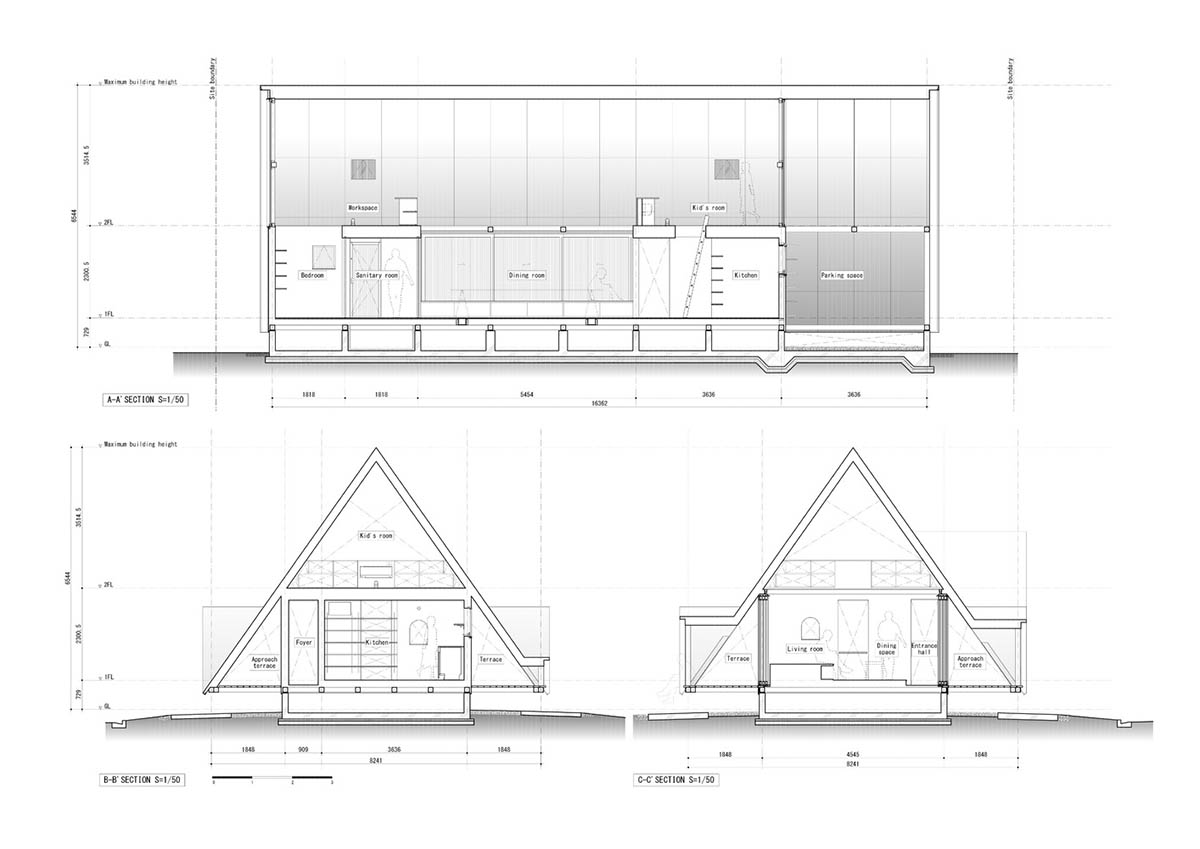