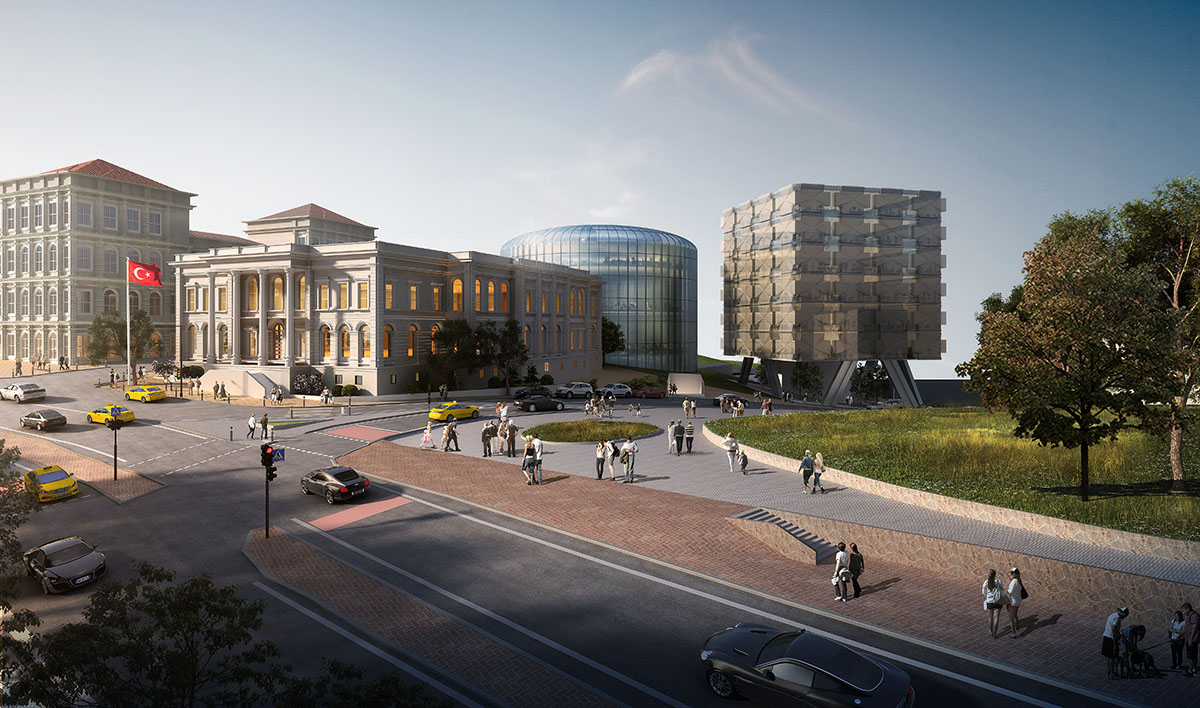 The competition invited participants to design the new Business School building, taking into consideration the needs of the competition program and the current educational demands, set carefully within its own campus. "The existing 1960’s designed building is a series of masses that are spread on-site, connected with walkway masses — the program provided in brief for the new building almost required to fill the whole site," said Aras Burak, founder of Building Office.

"There was also a height restriction to match the height of the neighboring historical Macka campus." 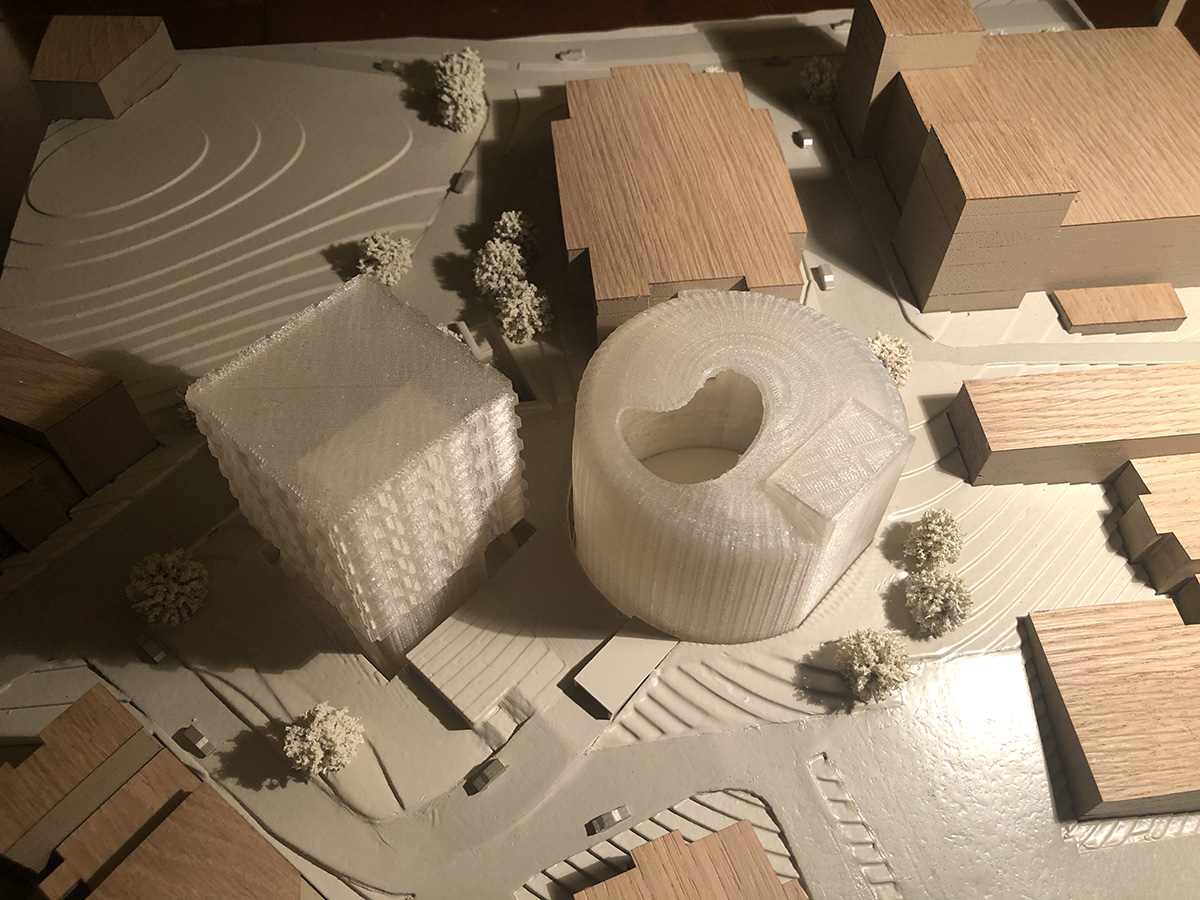 Between this historical Macka campus building and the new building, there is also a formerly Ottoman police station nowadays used by ITU. Building Office wanted to avoid having a huge mass begging for attention from the main street at the same time we wanted the new campus to be iconic and exciting for its students, academics. 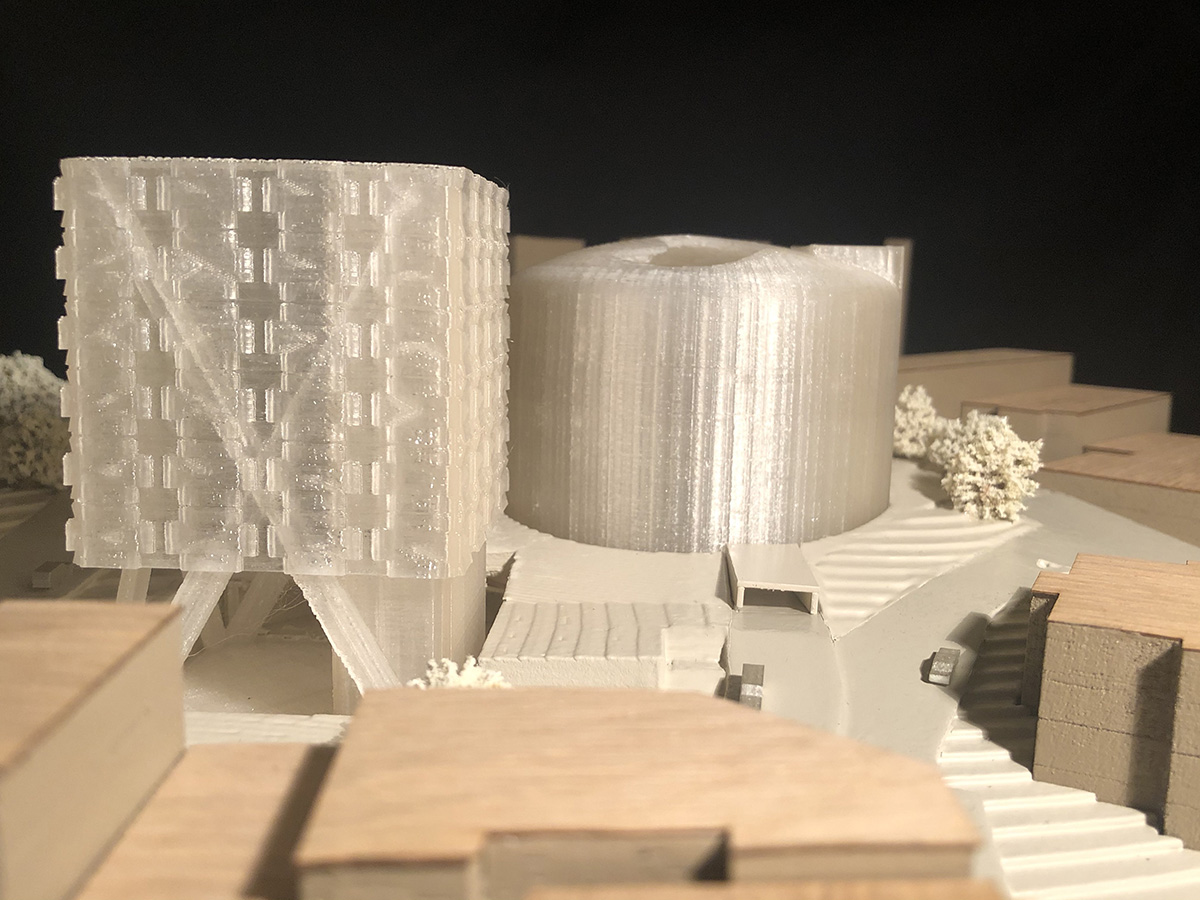 After analyzing the given brief, the studio decided to split all admin into one single building, orient it to the site edge, which also coincides with a great view of Bosphorus. 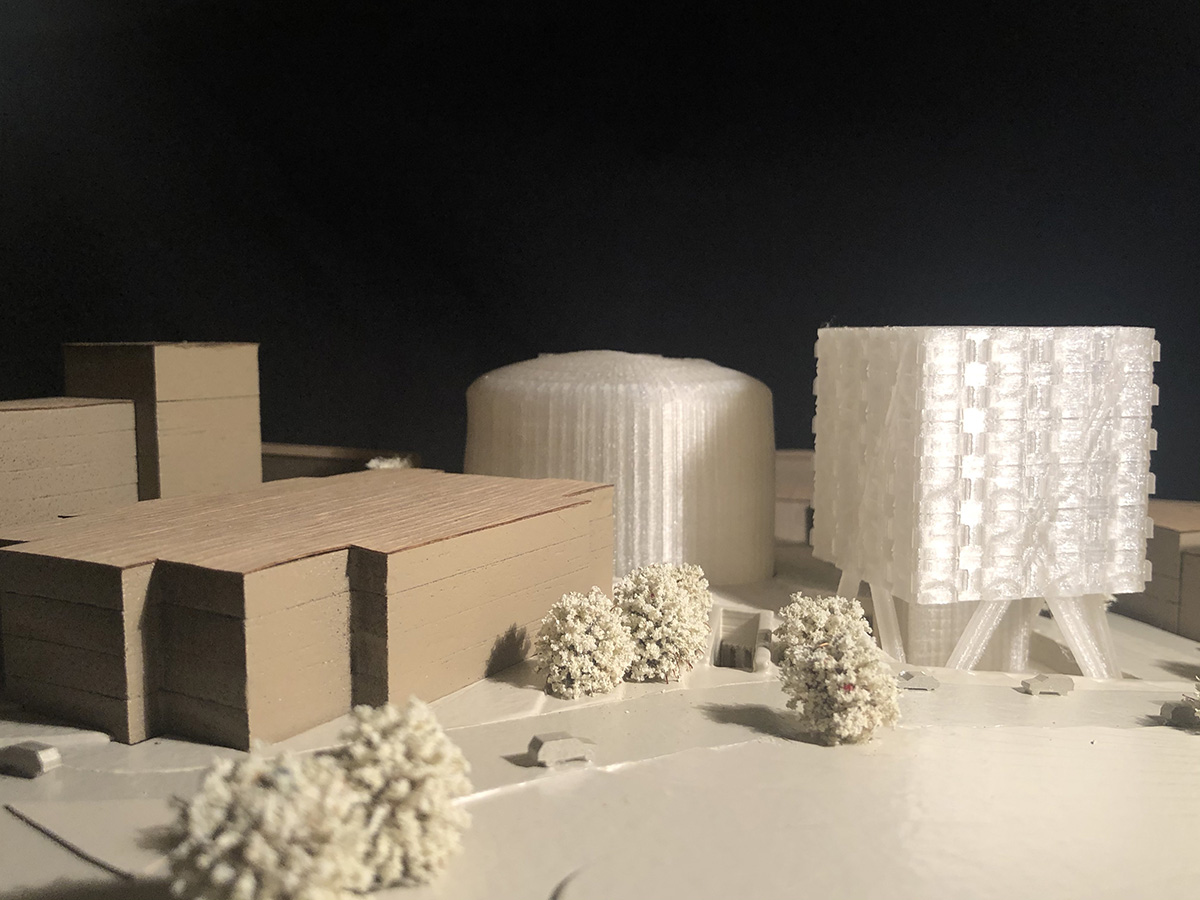 The rest of the program was catered for the students, where we thought the stacked mass of amphitheaters could efficiently work within the massing of a cylinder.

The connection between the buildings is thought to be within the podium level, where the ceiling of this podium meets the topographical edges of the site; therefore the podium seems buried underground. 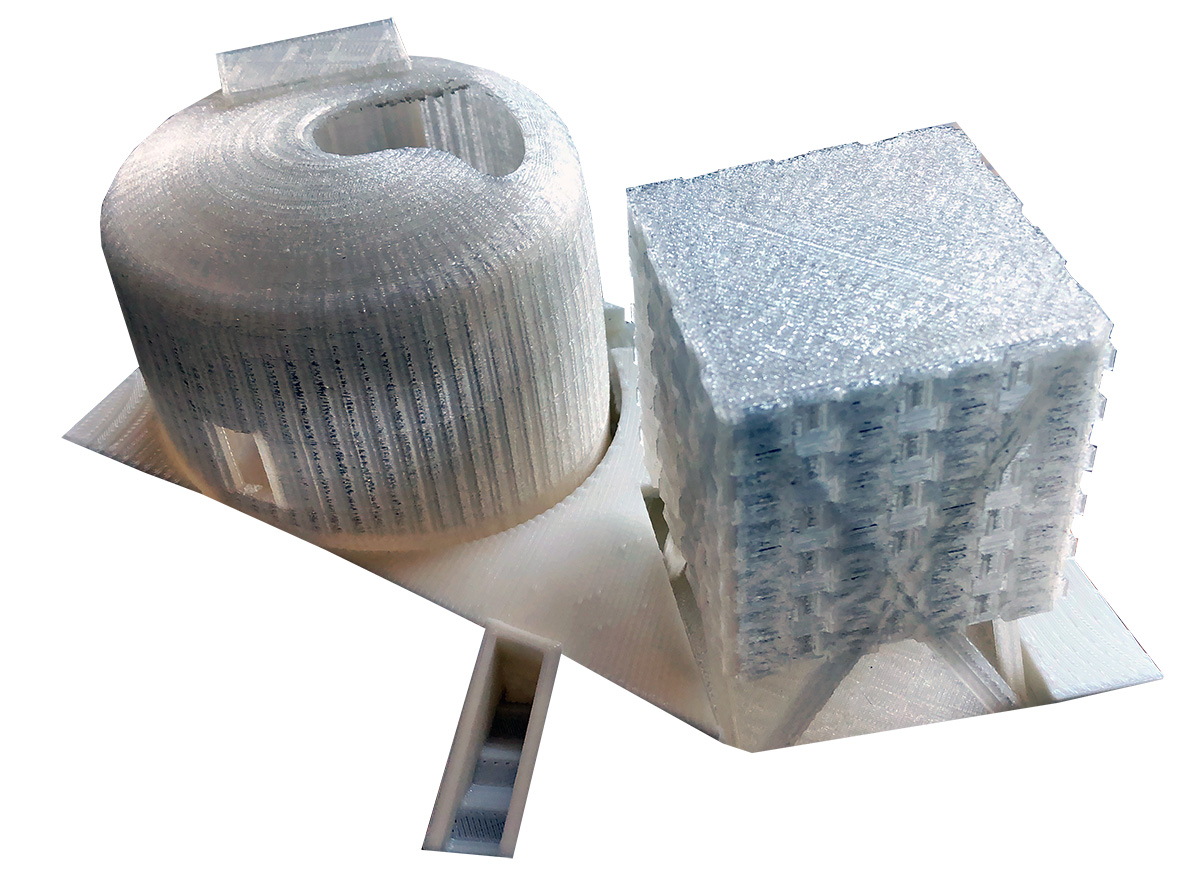 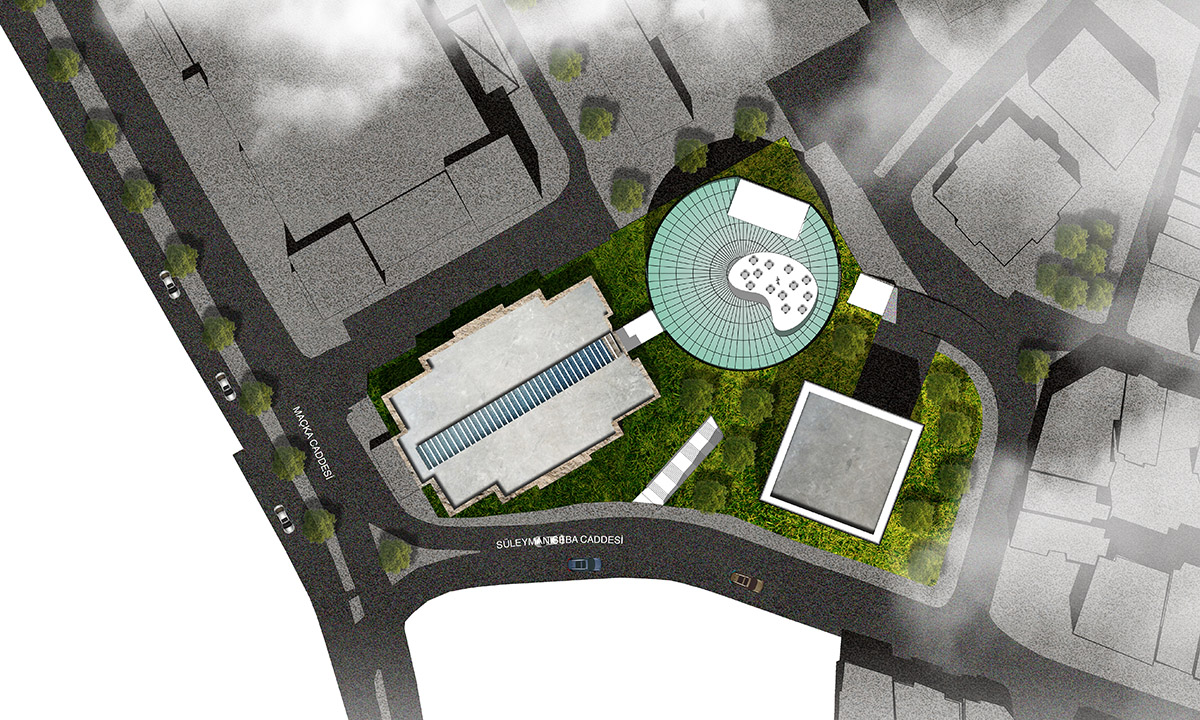 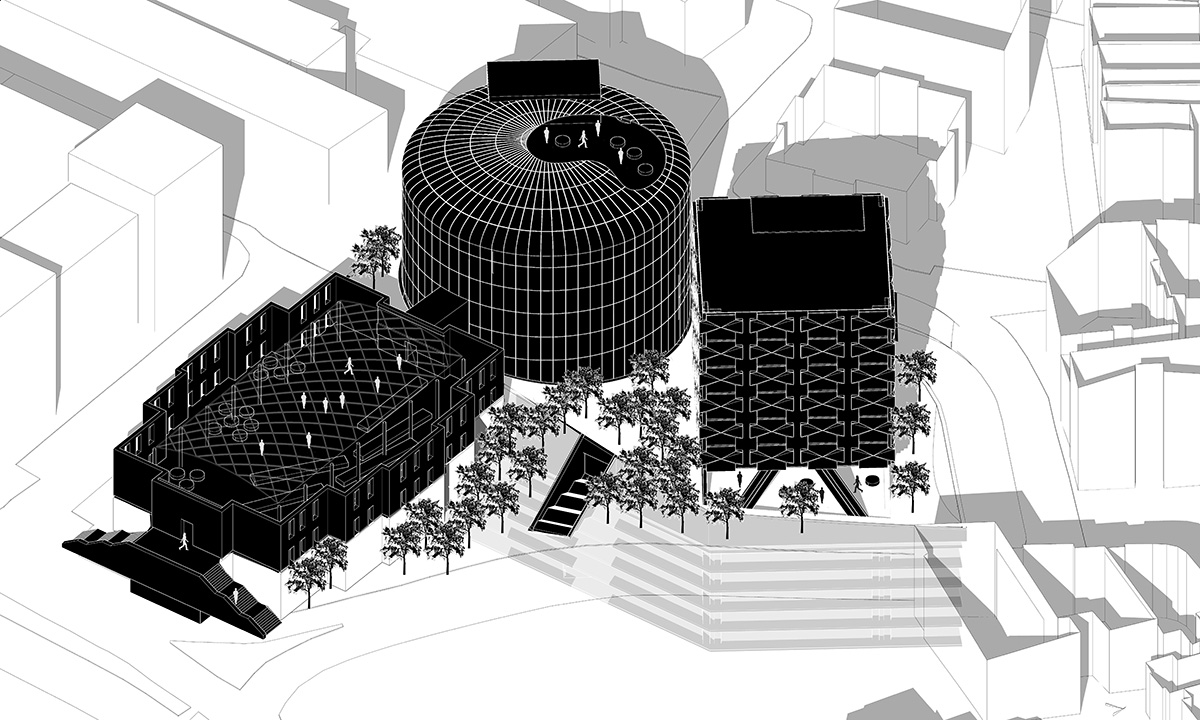 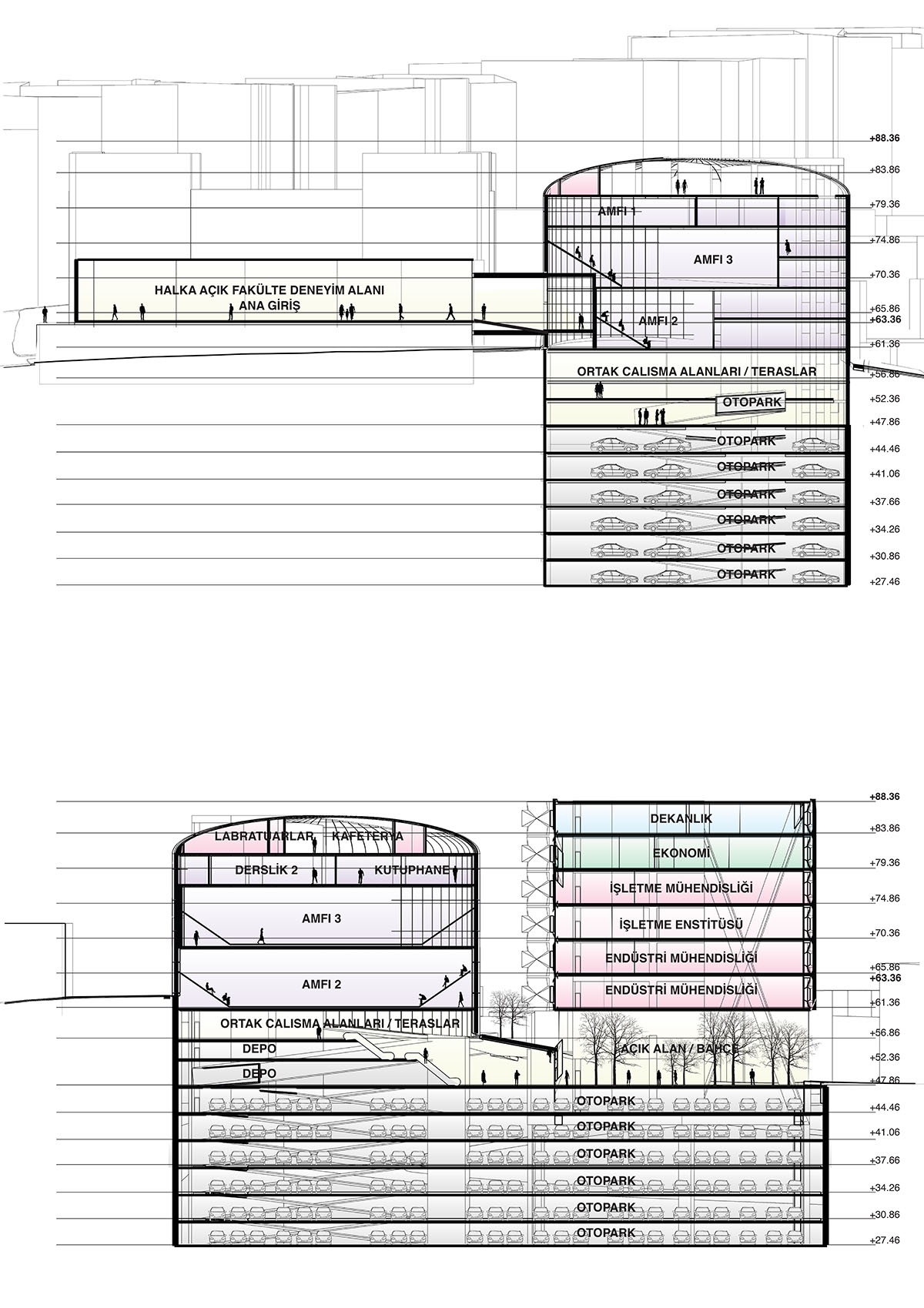 Building Office (BO), founded in 2006 by Aras Burak, who is Professional Member of WAC, runs offices in Turkey and Los Angeles. Building Office has won the Obama Center ideas competition by Chicago Architecture Center in 2015.