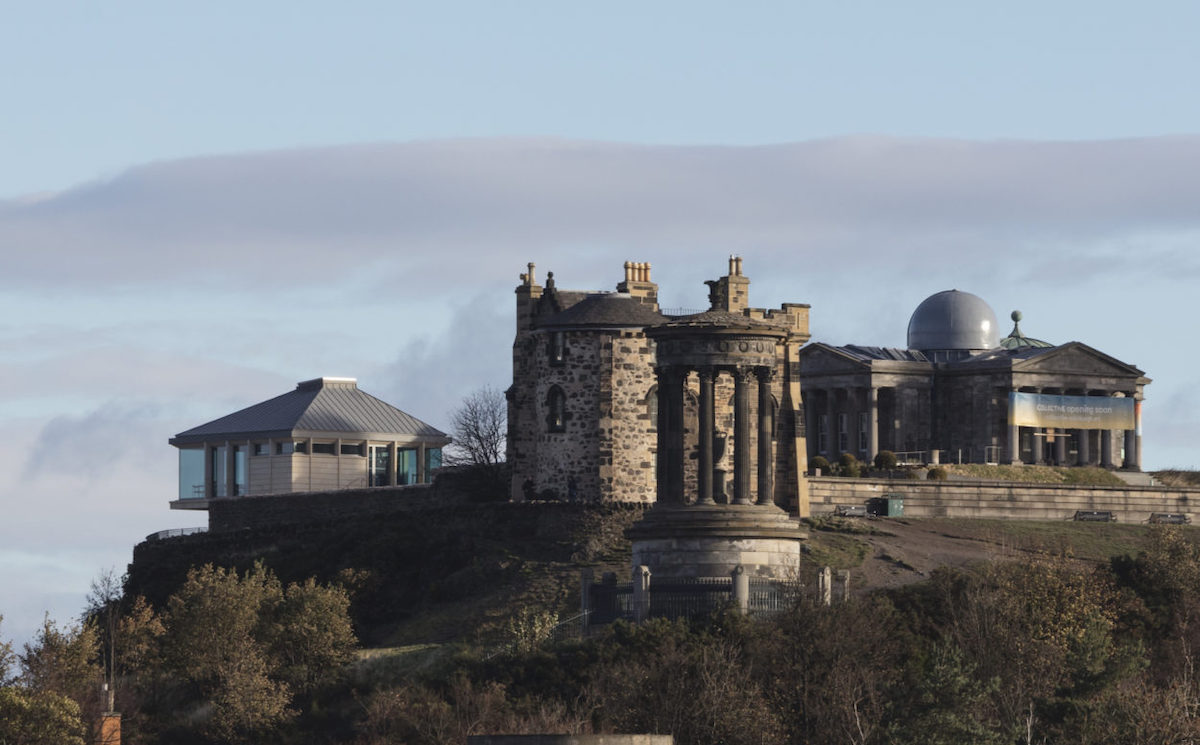 The historic city Edinburgh has gained a recent award-winning refurbishment project 'Collective' on its significant landmark Calton Hill with the help of the "Collective Architecture."

Initially, Malcolm Fraser Architects won the invited limited competition in 2014 and secured planning permission/ RIBA Stage 3. However, the project then moved to 'Collective Architecture' in 2015, and the practice completed it for their joint client 'City of Edinburgh Council' and contemporary art organization: "Collective".

Collective Architecture completed this extensive refurbishment project including the Category A Listed Calton Hill City Observatory, Transit House, Playfair Monument and Boundary Walls. The project has also built a beautiful new restaurant ‘The Lookout’ that cantilevers over the north-east corner of the boundary wall and offers spectacular panoramic views of Edinburgh and beyond." 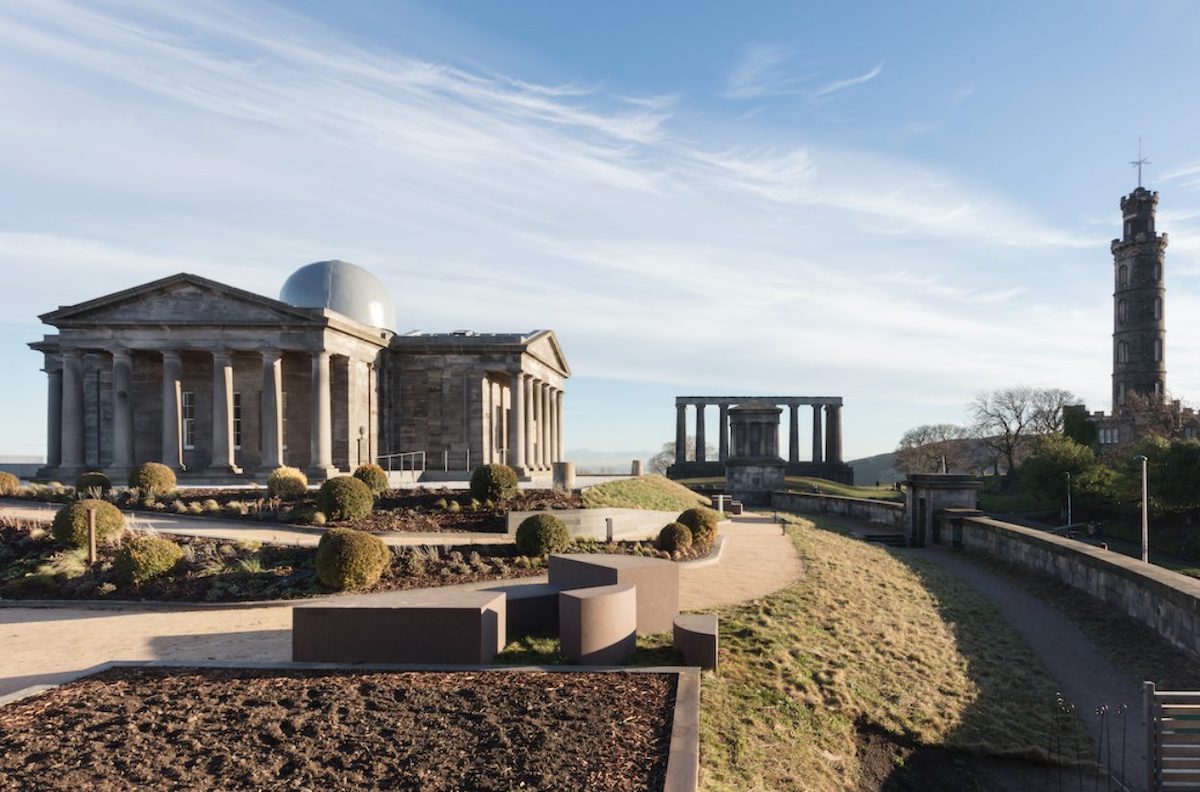 "Collective Architecture" has accomplished the design of the restoration project in two distinct phases, because of the requirement of expertise in both architectural conservation and contemporary architecture. They completed the extensive refurbishment of the 'Category A Listed City Observatory', 'Transit House', 'Playfair Monument' and 'Boundary Walls' after they finished the relocation of Collective to the City Dome on Calton Hill in their first phase. 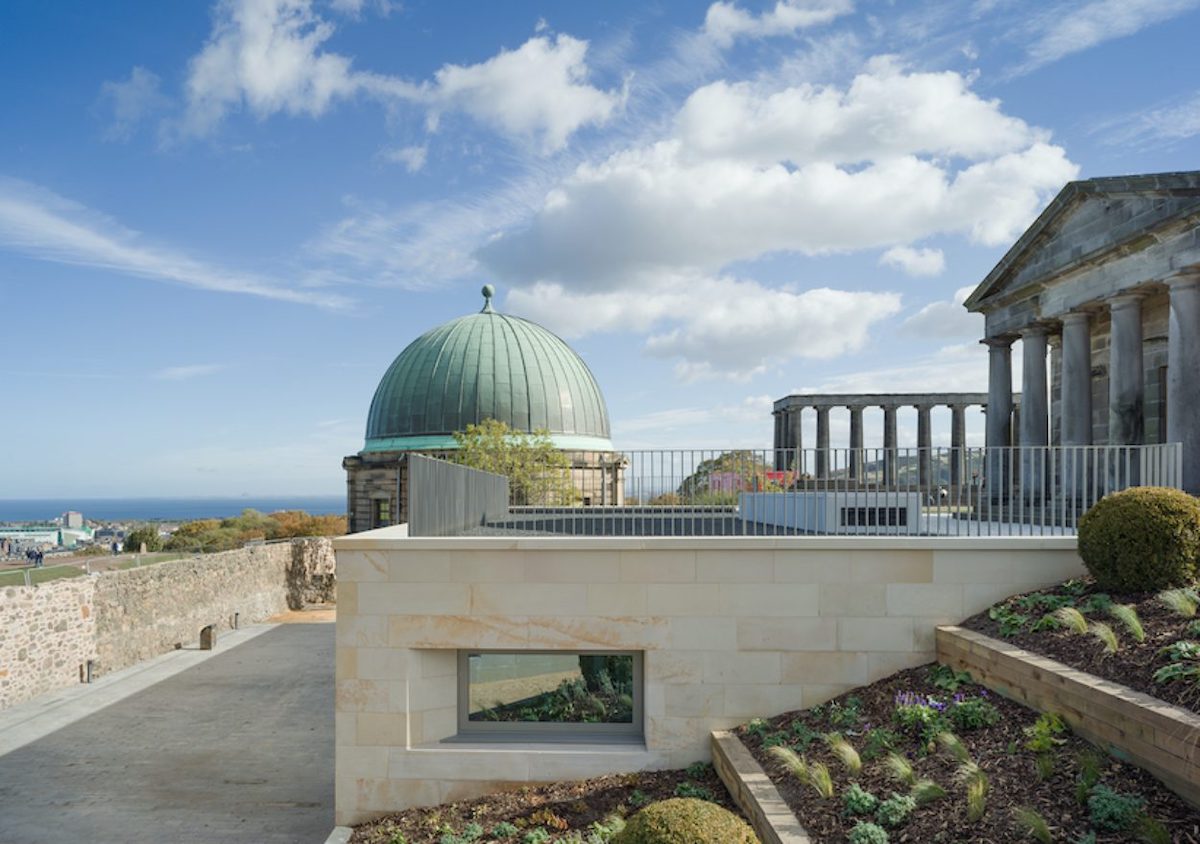 Besides; to ensure that they sit comfortably and respectfully alongside such significant Edinburgh landmark, the 'Architecture' accomplished the architectural quality and integrity of new designs that are ‘The Lookout’- the two-storey restaurant cantilevering over the north-east corner of the boundary wall, ‘The Hillside’- the new gallery excavating into the basalt mound to the north of the Observatory  and 'a new kiosk' welcoming at the East Gate.

"The connections between each building are then carefully knitted together by an extensive new landscaping scheme, developed with Harrison Stevens Landscape Architects, which allows the site to become fully accessible and open to all, for the first time in its 240-year history," said by the architecture practice. 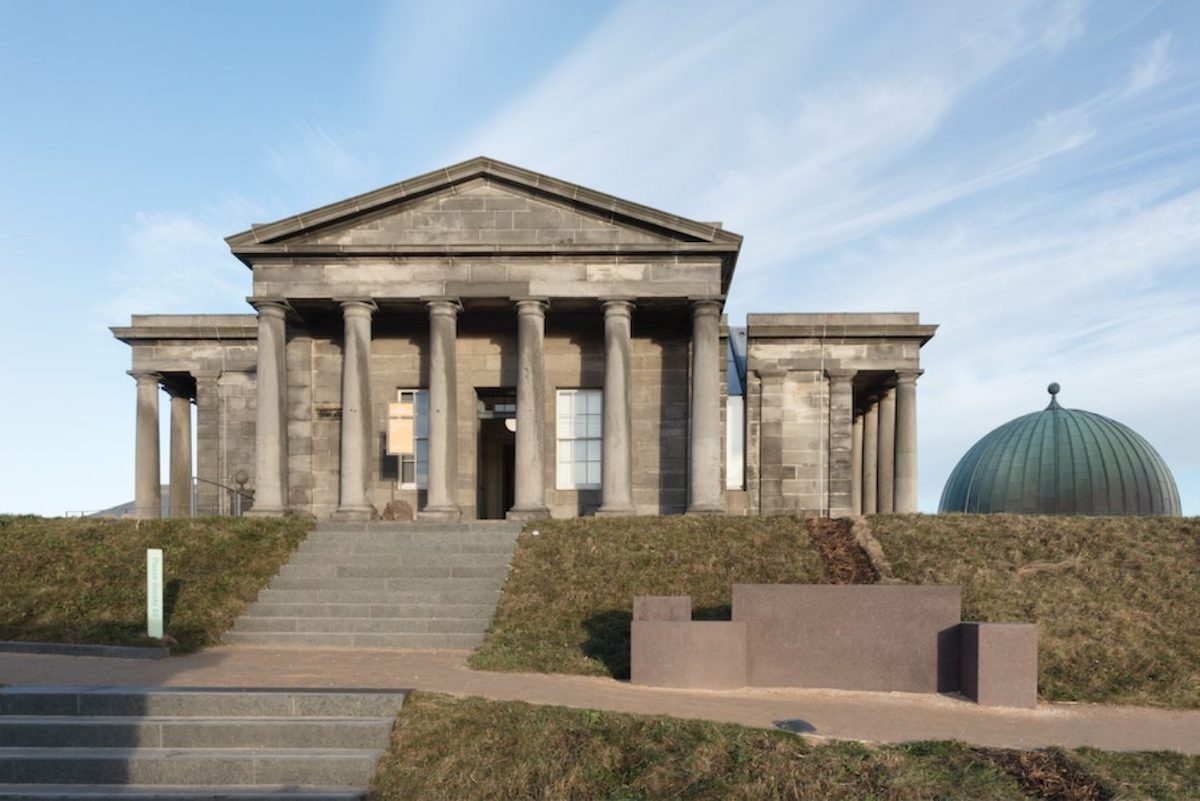 Edinburgh played a significant role in the Enlightenment. Likewise, the City Observatory has its central role in the development of the ideas of the enlightenment in Scotland. Therefore, "the client group wanted to reinterpret these ideas through the prism of contemporary culture," as pointed by the architecture.

Then, the architecture aimed to reinterpret what a "City Observatory" - acknowledging the astronomy as a forward-looking science- could mean today to this historic environment of Edinburgh, and they introduced the contemporary art which is a forward-looking discipline as well. 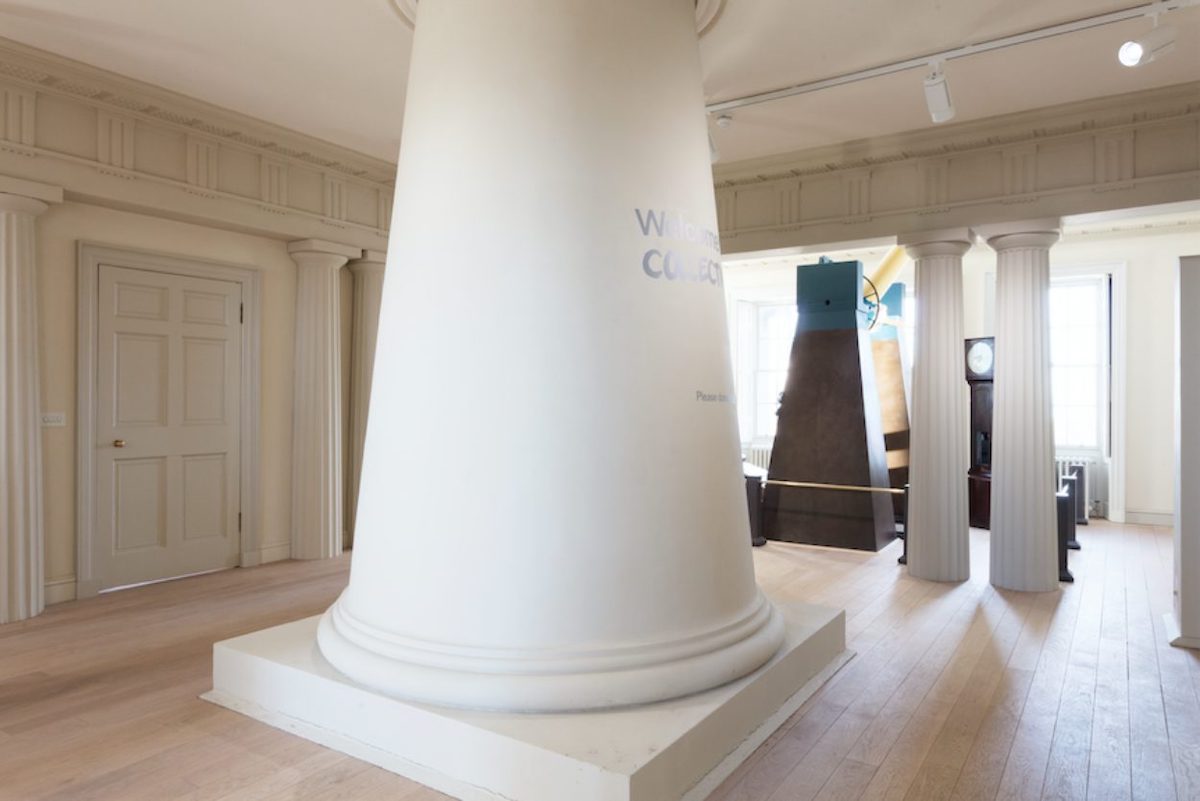 "The building will be used for the display of artwork, scientific instruments and Collective’s retail space. The adjacent Transit House predates the City Observatory, and in many ways is a simplified first version, with a single meridian slot, the same timber shutter system and scaled-down detailing. This space will be used by small groups as a workshop and gathering space and for the display of scientific instruments." 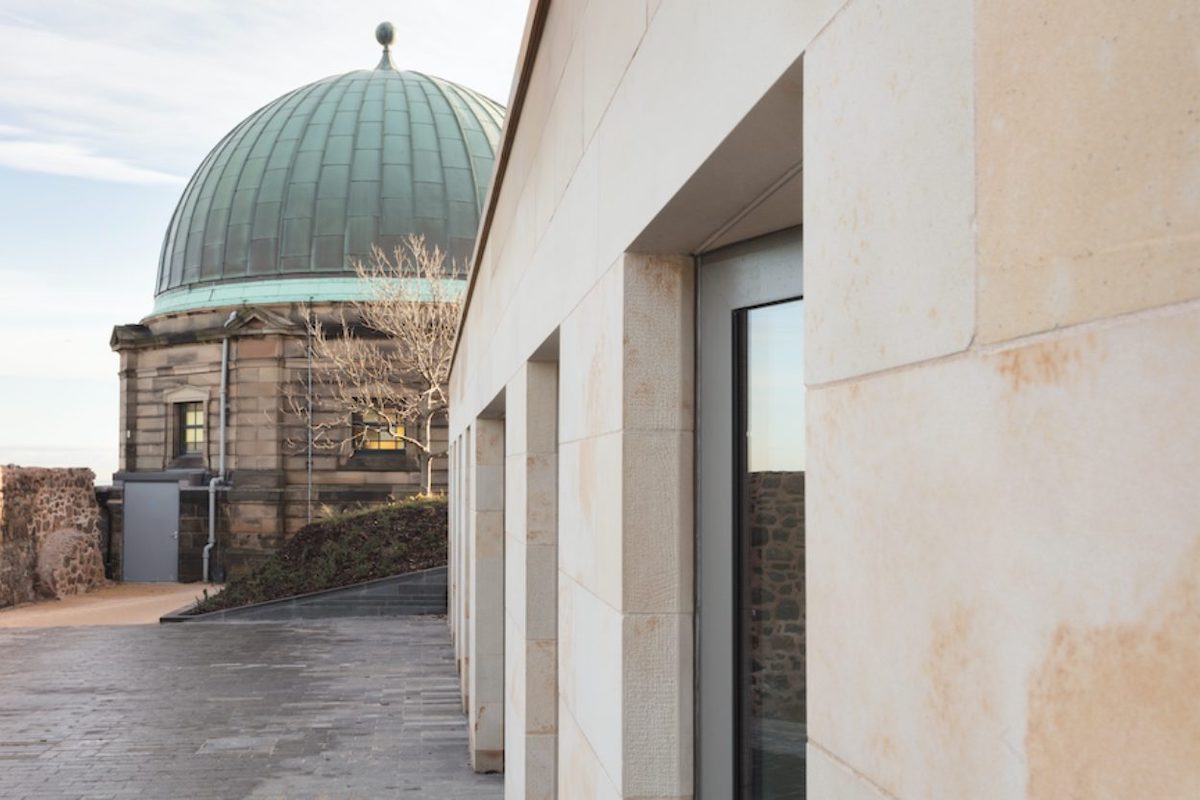 When developing their proposals, the Architecture "had the fantastic resource of a full, detailed set of original Playfair drawings to work with based on the original design by W.H. Playfair in 1818."

"This informed much of the conservation work, including reinstating the original interior plan form of a single central hall with double column arrangement; opening this up now allows light to flood into space on a perfect east/west orientation as Playfair intended," said the architects. 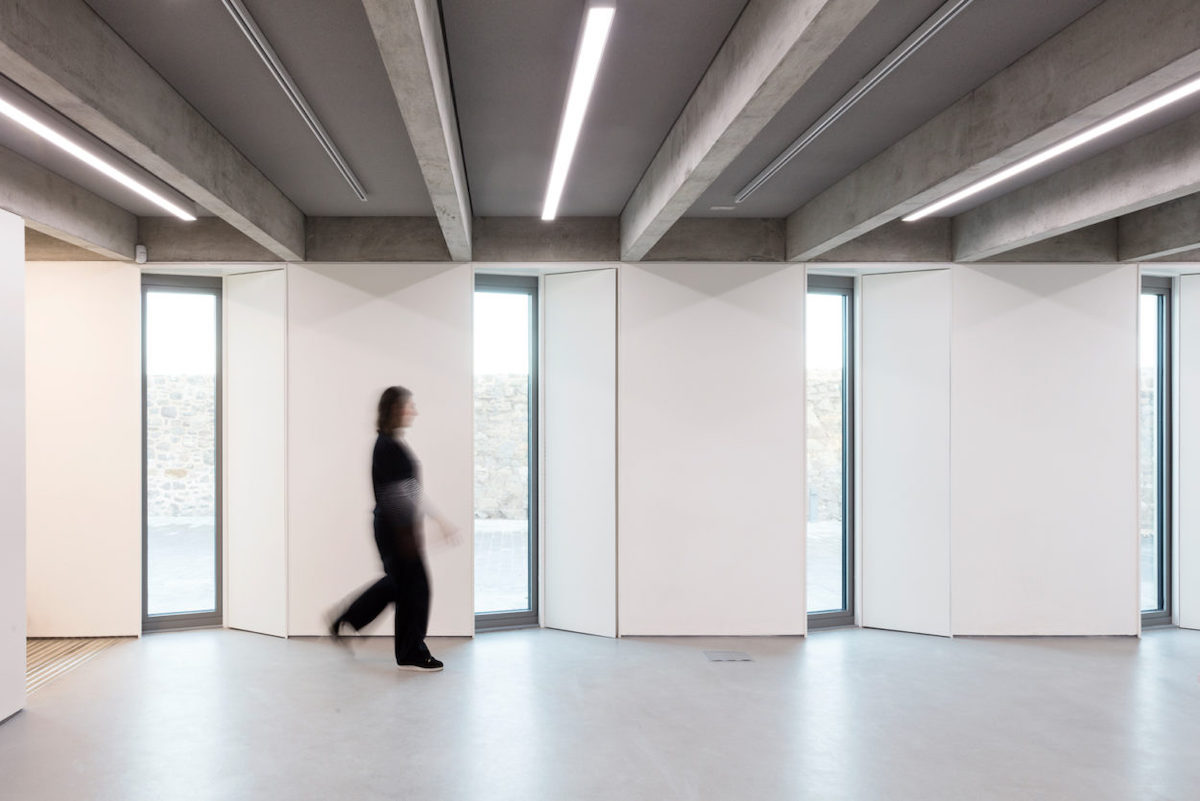 According to the architecture, a particularly striking feature of the City Observatory is "the meridian slots, which are two 180 degree slices into the roof and elevation of the east and west wings of the building which was once covered by timber shutters, to allow the building to be opened up to the sky. The renovation made open them, overhaul the shutter mechanism and glaze the slots." 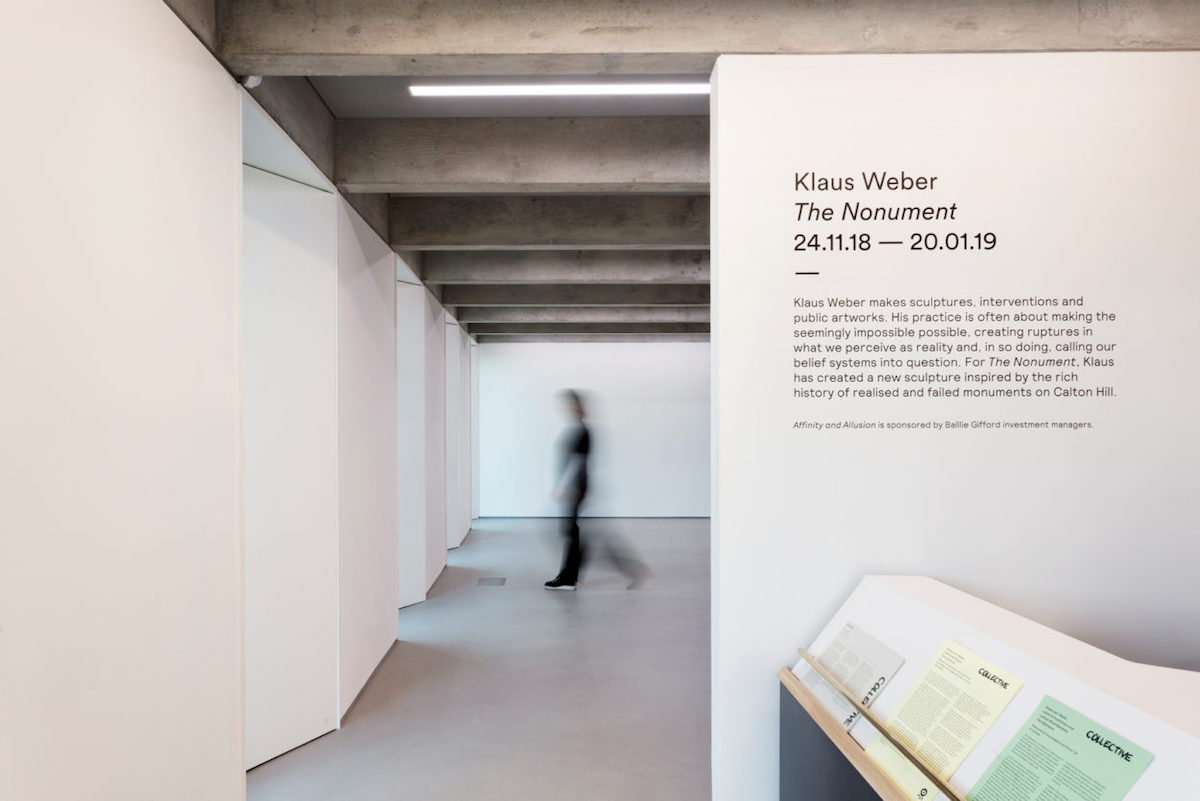 Though some thought this intervention a very contemporary attitude, 'Collective Architecture' in fact think that it is "a fundamental original element of the 200-year-old building design. On the other side, the newly built Hillside gallery is mainly for use by the Satellites programme, run by 'Collective Gallery' to support emerging artists in their first exhibitions. 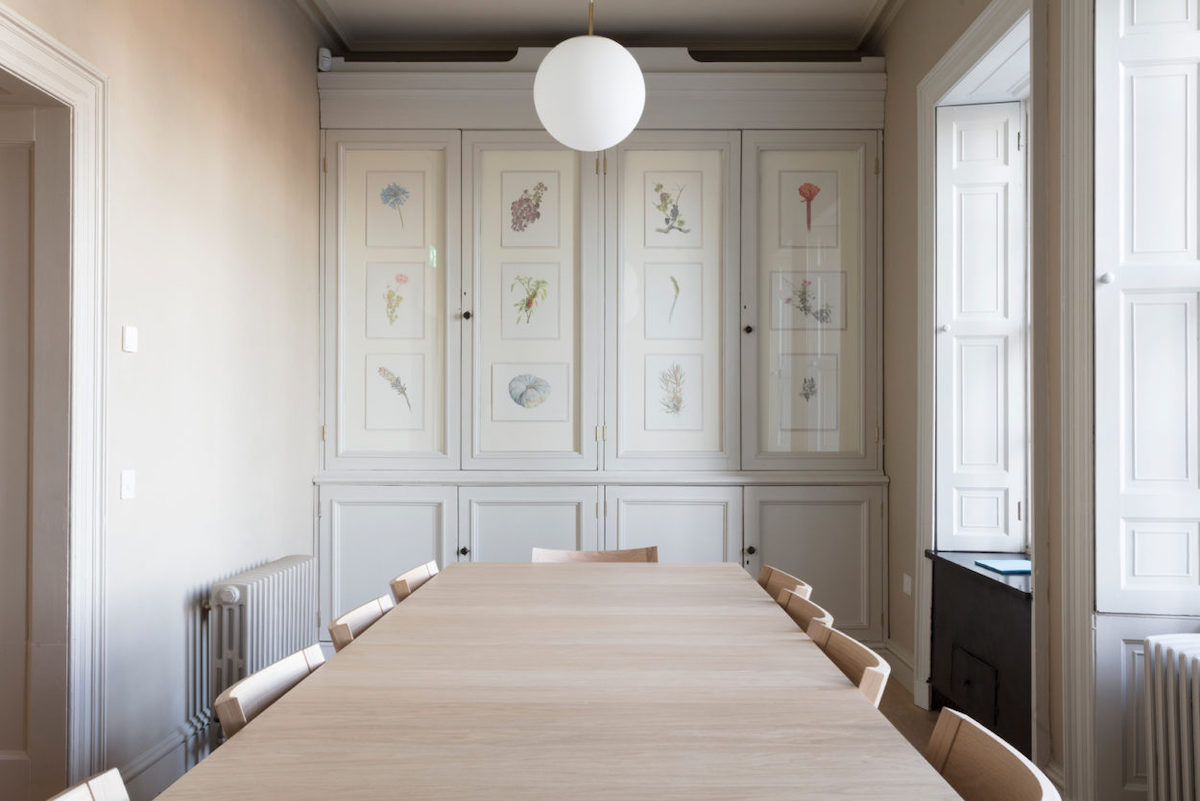 As explained by the architects, "the integration of a new gallery and office space for Gallery  was achieved by excavating into the hillside to the north of the City Observatory. This earth-sheltered building, which sits a storey lower than the Observatory, becomes integral to the landscape due to roof terrace above, and from here panoramic views from Edinburgh Castle in the west around to the National Monument to the east can be enjoyed." 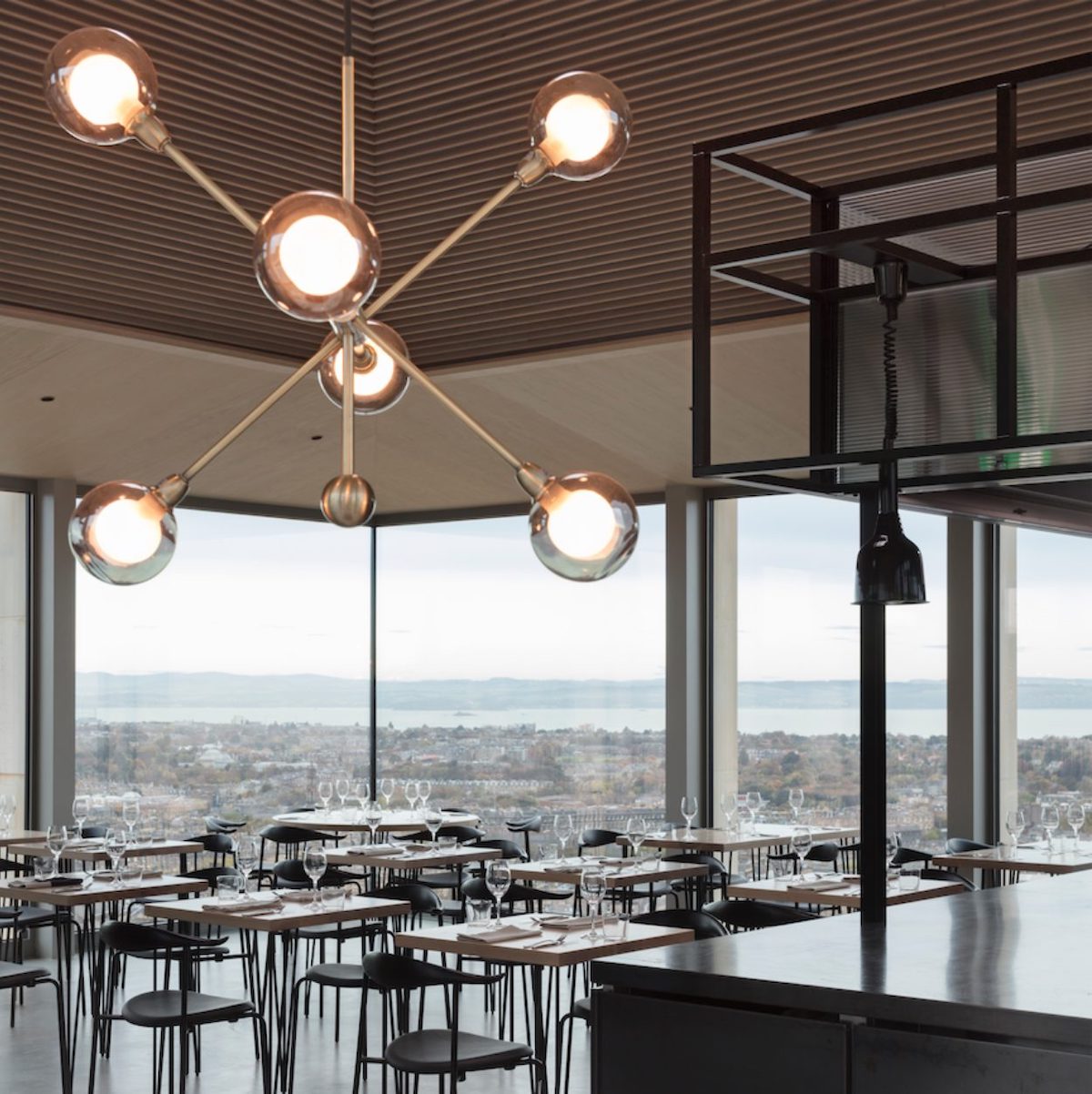 'Lookout' restaurant occupies the vacant north-west corner of the site. The architectural analysis of the history of the observatory presented that Scottish architect James Craig, who influenced by Scottish neoclassical architect and designer Robert Adam, designed the Observatory to look like a fortification with a wall and, to have Gothic towers at its corners.

Although the findings proved that Craig didn't fully realize this design plan, the later additions of the Playfair Monument and City Dome strengthened this principle. 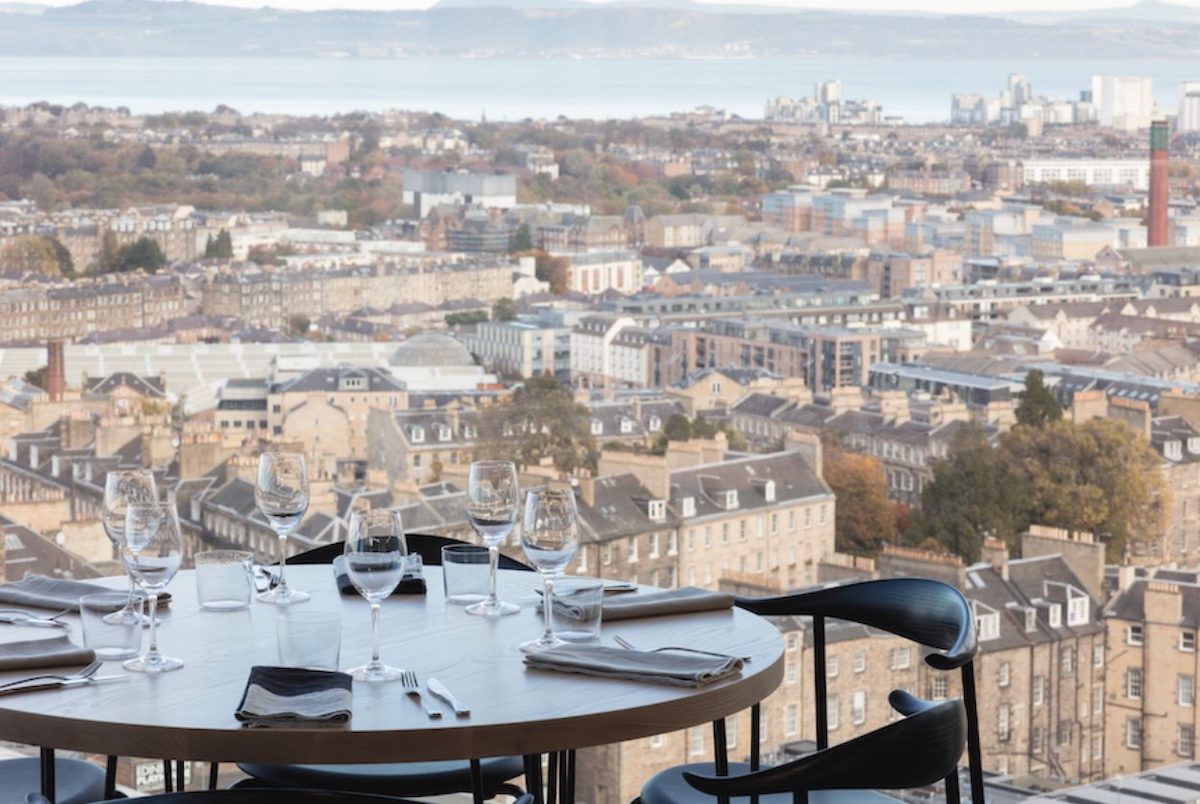 It is, therefore;  "the form of the restaurant is in geometric kinship to the Playfair Monument, which is in balanced diagonally at the opposite." So, as explained by the architecture practice; "projecting out with a bold manner over the boundary wall, the compound appears as a single storey from outside." 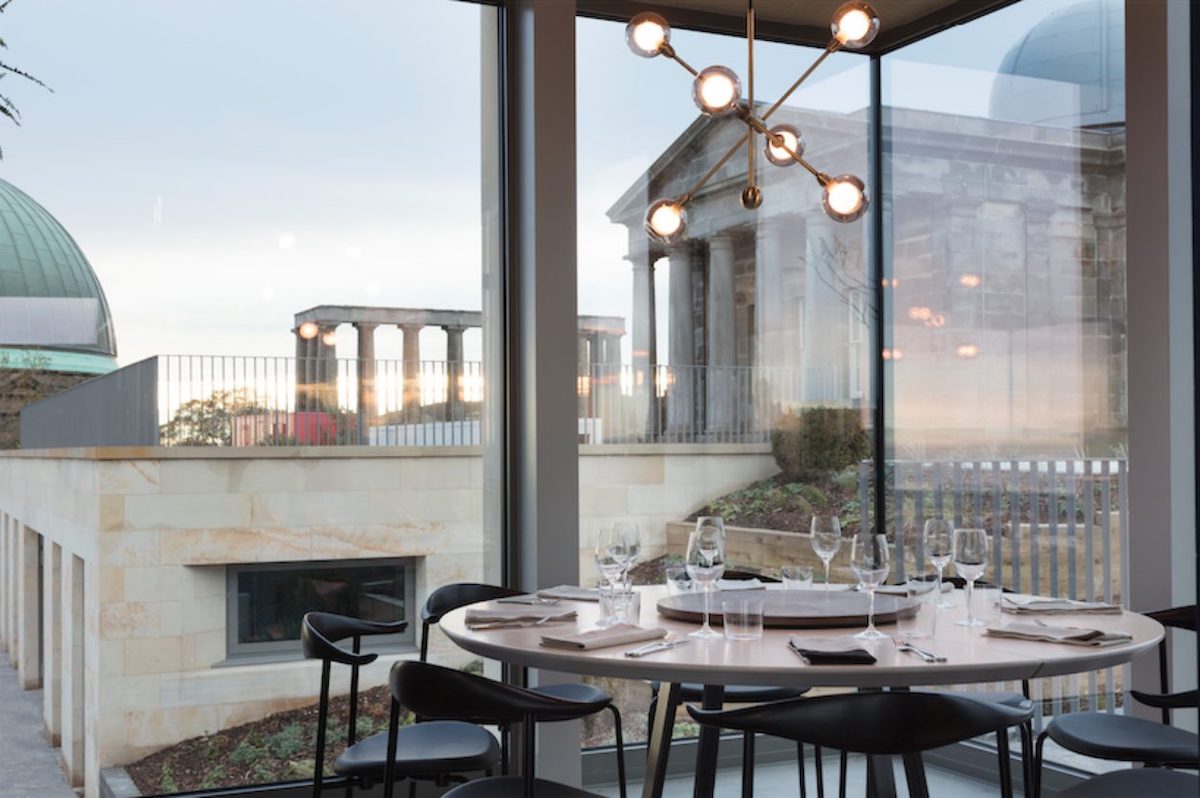 "A series of stone columns support the roof, set in an asymmetric arrangement to create a sense of anchoring the building back into the hill. The pyramid roof form is topped by a glazed oculus, to echo the form of the Observatory House, and to create a focus up towards the stars, accentuated by a stepping timber ceiling internally. Finally, the upper floor enjoys views focused either back towards the City Observatory or out across the city." 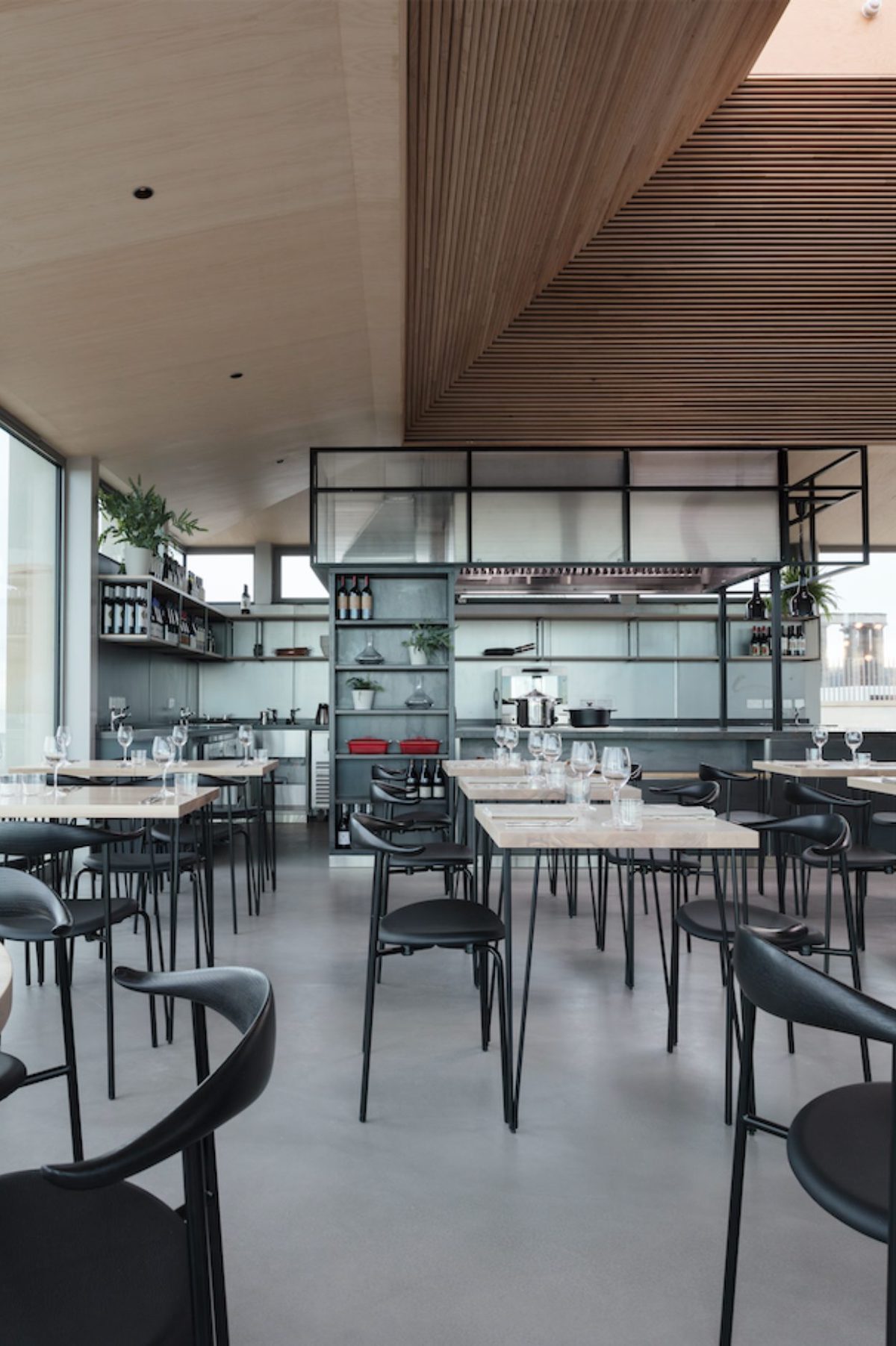 The interior design of 'Lookout'

'Lookout' required a careful and creative blend of sensitive conservation, contemporary architecture, and dynamic interior design. For Collective Architecture; "the historic sensitivity of the site had to be balanced with a hotbed of culture, resulting in a vibrant melting pot that embraces art and culture to provide a wonderfully theatrical dining experience." 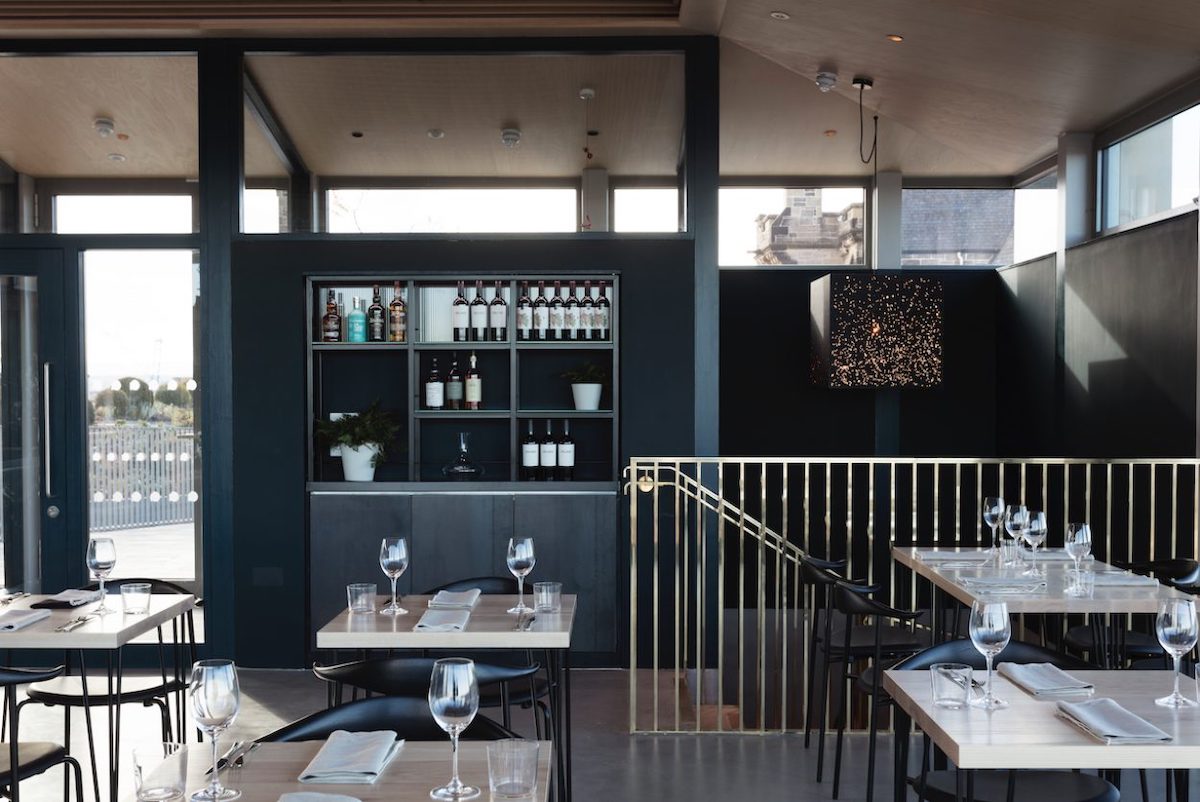 Therefore, the restaurant is "perched elegantly over the city, balancing technical skills and creativity. Floor to ceiling glazing allows patrons to focus on the surrounding views. The carefully restored observatory is visually connected to the restaurant interior by an elegantly fluted ceiling and, star constellation laser cut into a dramatic pendant that forms the perfect frame to view the night sky." 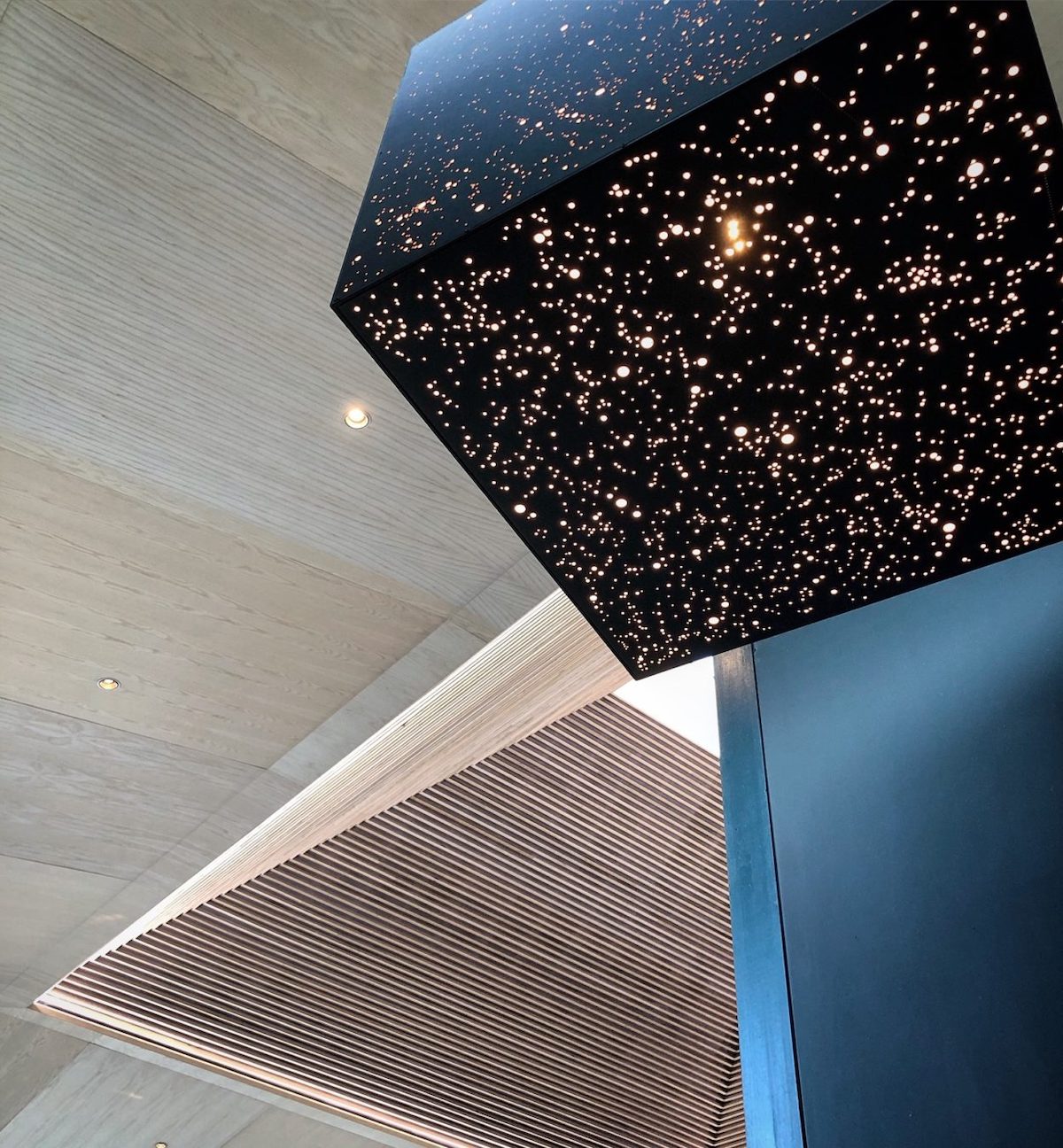 "This resultant interior is a true celebration of science and arts, leading a recharged contemporary Scottish Enlightenment. Collective Architecture and interior designer Adam Storey crafted rich storytelling formed around the site’s astronomical influences and the surrounding Scottish landscape. These stories are intended to inspire and excite diners with their unique dining moment, ensuring that they could enjoy stunning views. The restaurant needed to be able to work both day and night and complement the talented team from The Gardener’s Cottage." 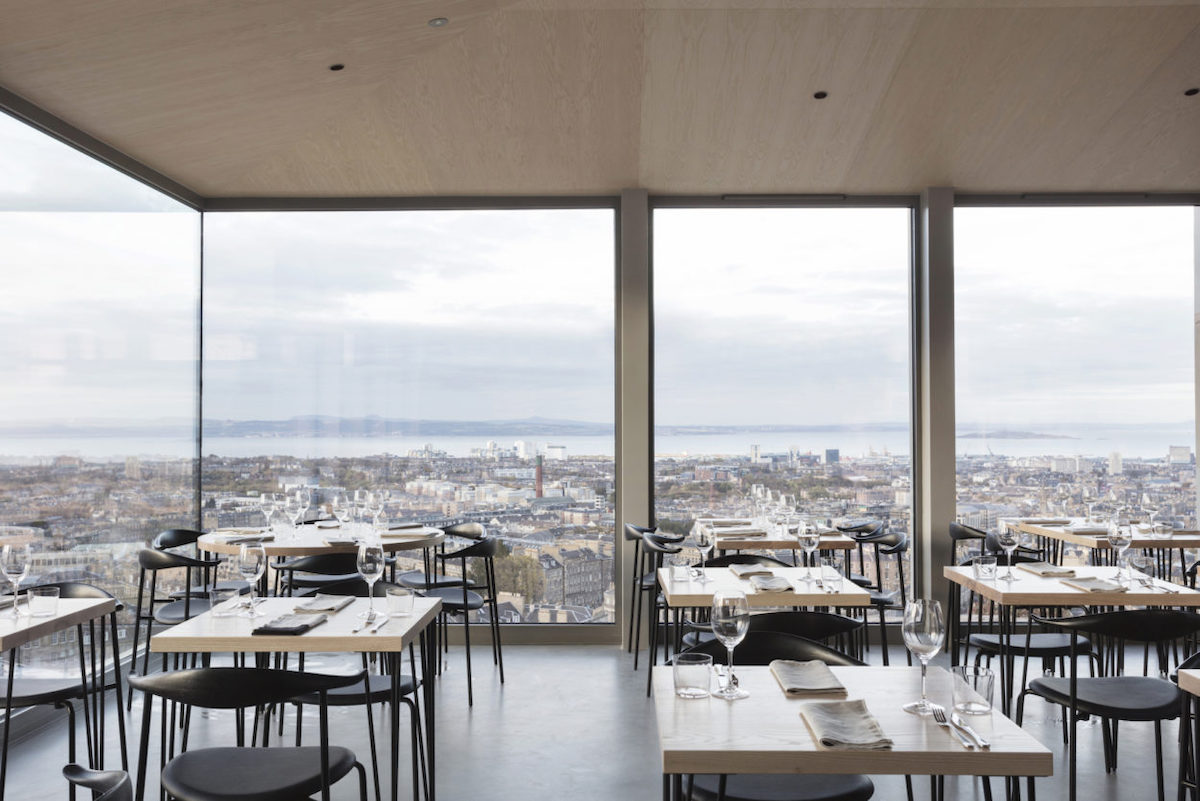 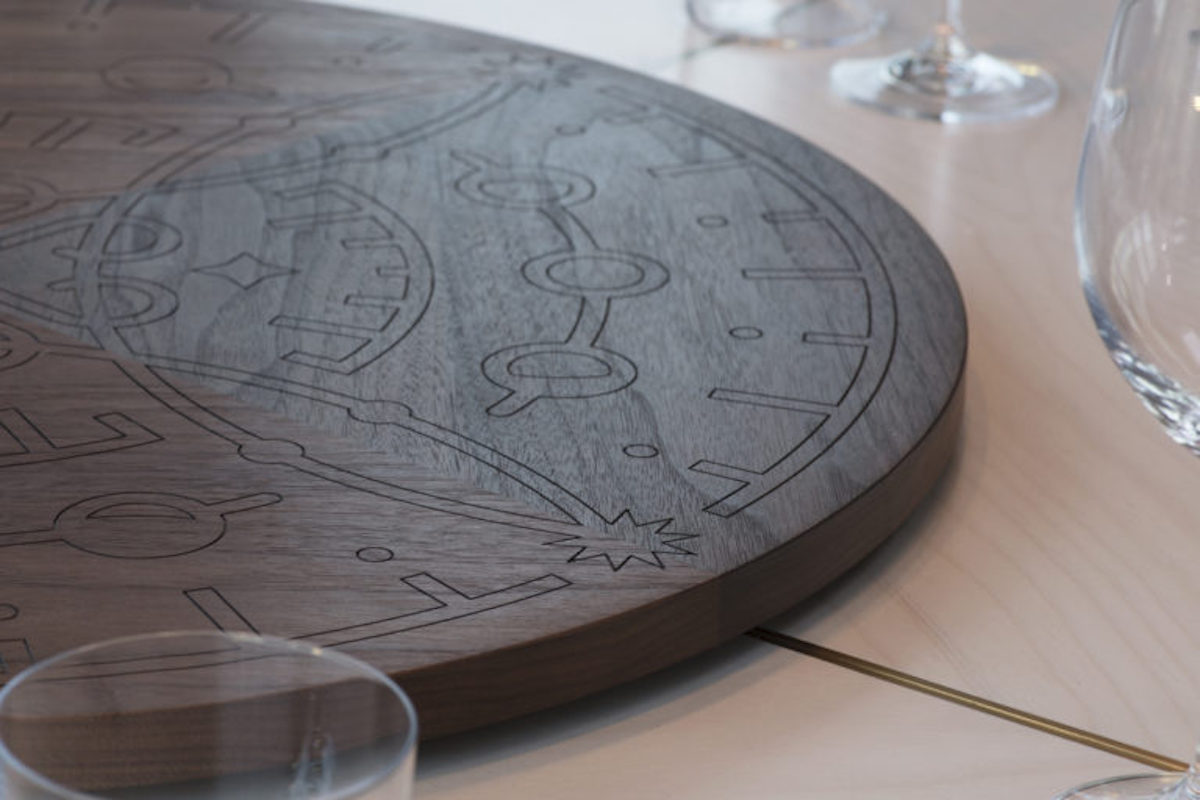