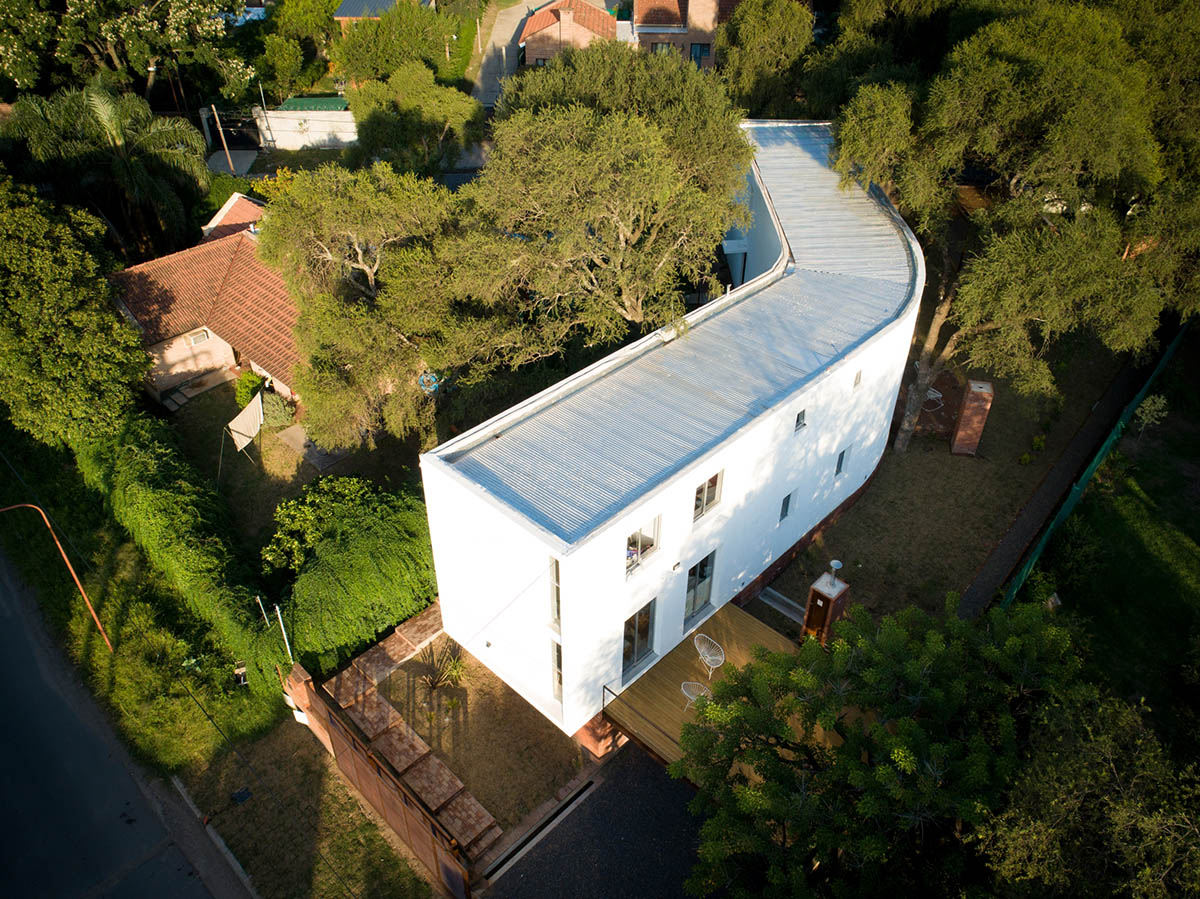 Andres Alonso Arquitecto has completed a rounded housing in a forest of Cordoba in Argentina, the building bursts from a lush green of the town which is mixed with old residential units.

Named Las Delfinas Housing, the 310-square-metre building was built for 3 housing units scattered on two floors with 2 bedrooms and a surface per unit of 100 square meter, intended to be sold. The chosen site has a lot of irregular geometry, with exits to two streets that join in the North corner, and have a difference of elevation on the fronts of 2.50 m. A hundred-year-old forest of white quebrachos carpets the land and its surroundings which, together with the residential character, constitute the essence of the San Alfonso neighborhood, located in the city of Villa Allende in the province of Cordoba, Argentina. 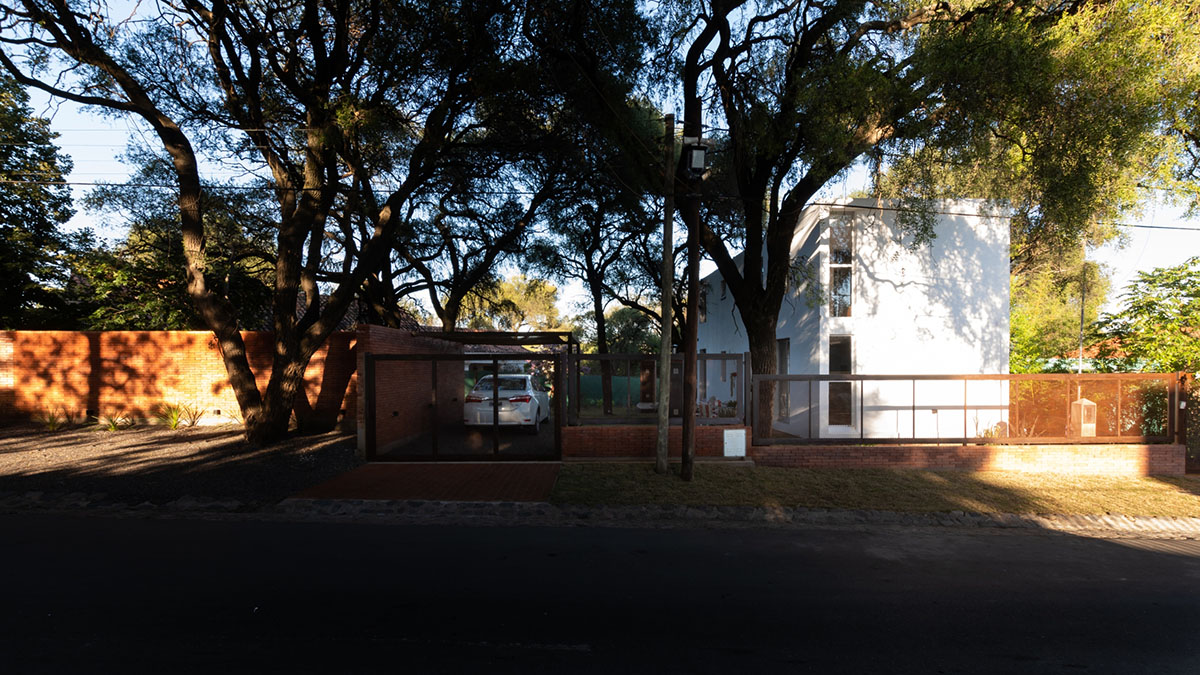 "The idea of an architecture being respectful of its surroundings derived in a simple approach that conforms to the existing, by means of a volume that crosses the land passing between the trees, compressing itself in its midpoint on its North face, to adapt to the geometry of the ground," said Andres Alonso Arquitecto.

"With a retreat of 3 meters on one of its sides, it allows a pedestrian circulation of footpaths, stairs and bridges, which generates the connectivity of the entrances, both public and private." The volume rests on a base of baked exposed brick, which levels the two streets, allowing to accommodate a double garage under the expansion deck of one of the units, while the garage of the third unit is accessed through the other street. The architects provide a courtesy parking space at another street, thanks to the push-back of the wall that limits the outdoor pool. 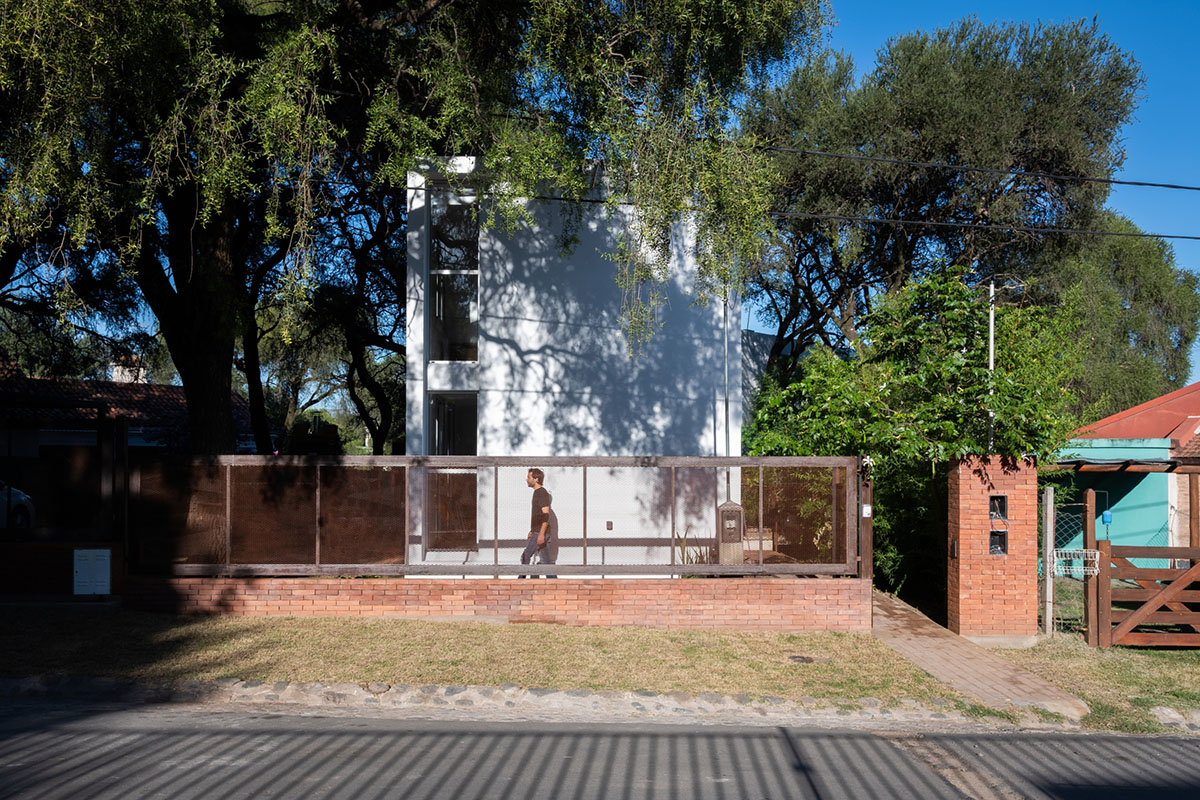 The units are resolved through a simple scheme that divides the social area to the ground floor, from the private area to the second floor. The communal space, where the pool and grill are located, was placed on the far side of the building wrapping it with a wall for more privacy. 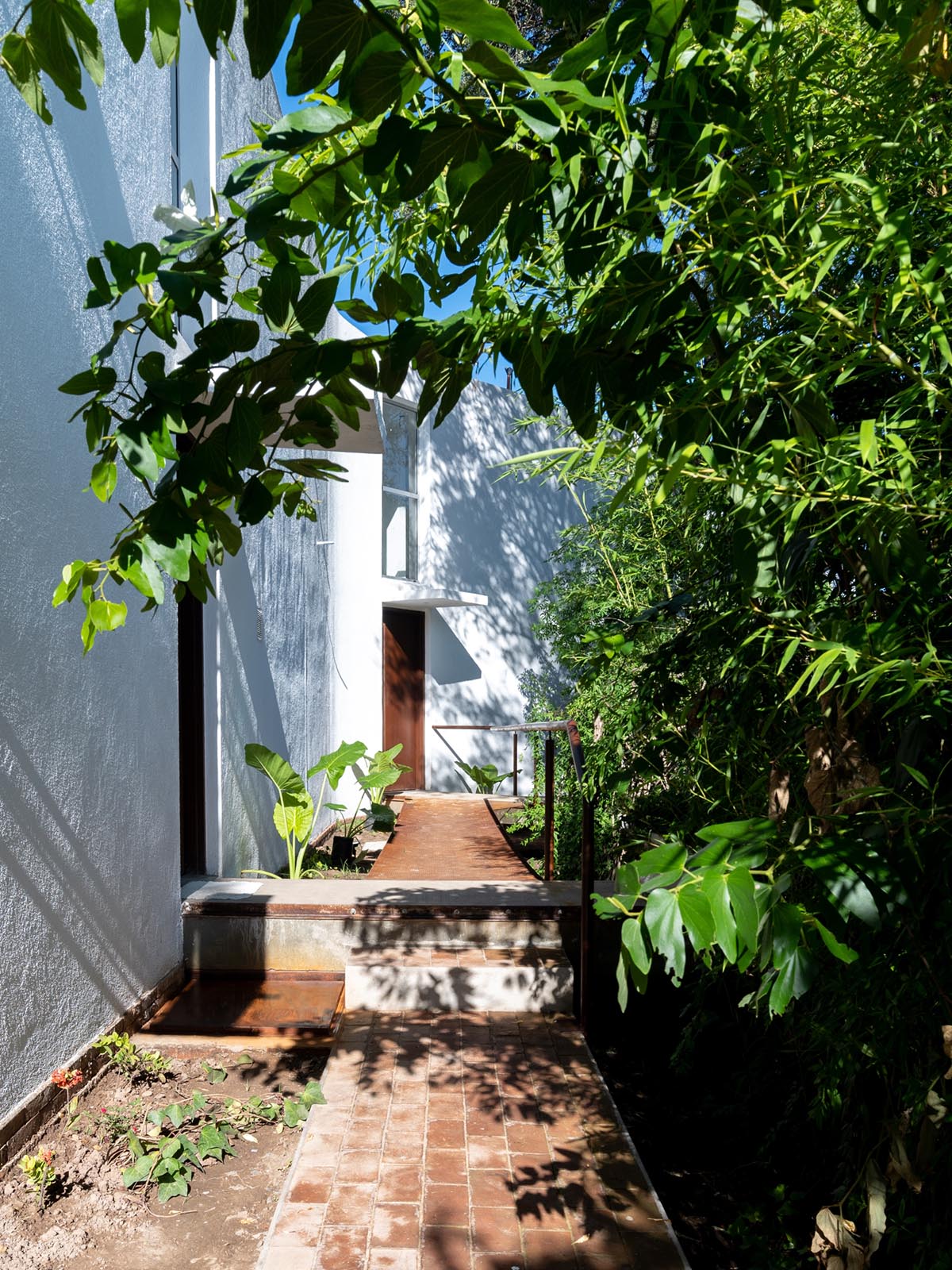 The morphology of the building generates an optical effect on the observer, being veiled to him one of its sides. This way, focus is aimed at the paradigmatic aspect of an era, which has a certain exhibitionism as one of its symptoms.

Through an architecture that suggests, without completely showing, it is intended to generate on the experimenter the desire to explore something of the enigmatic. 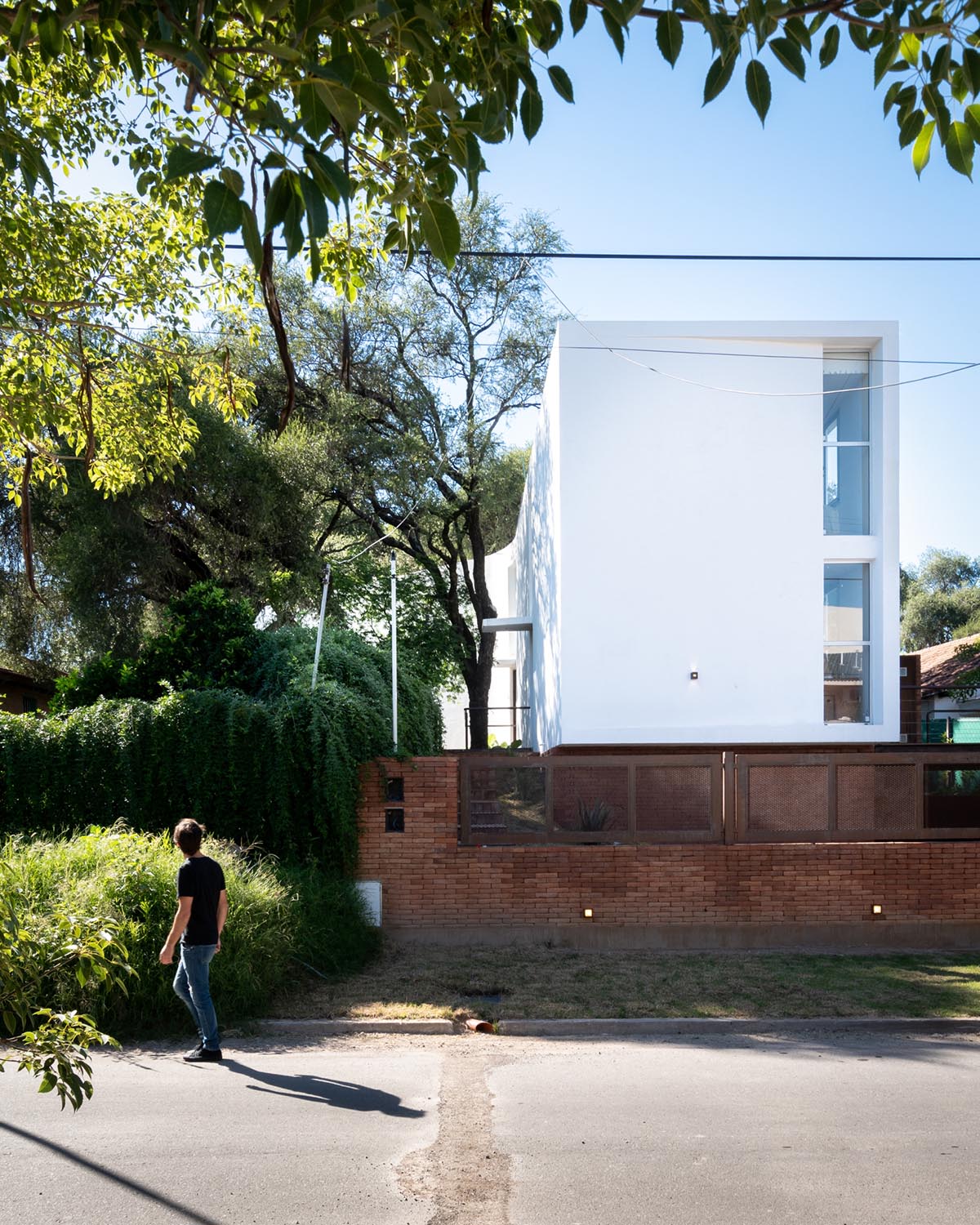 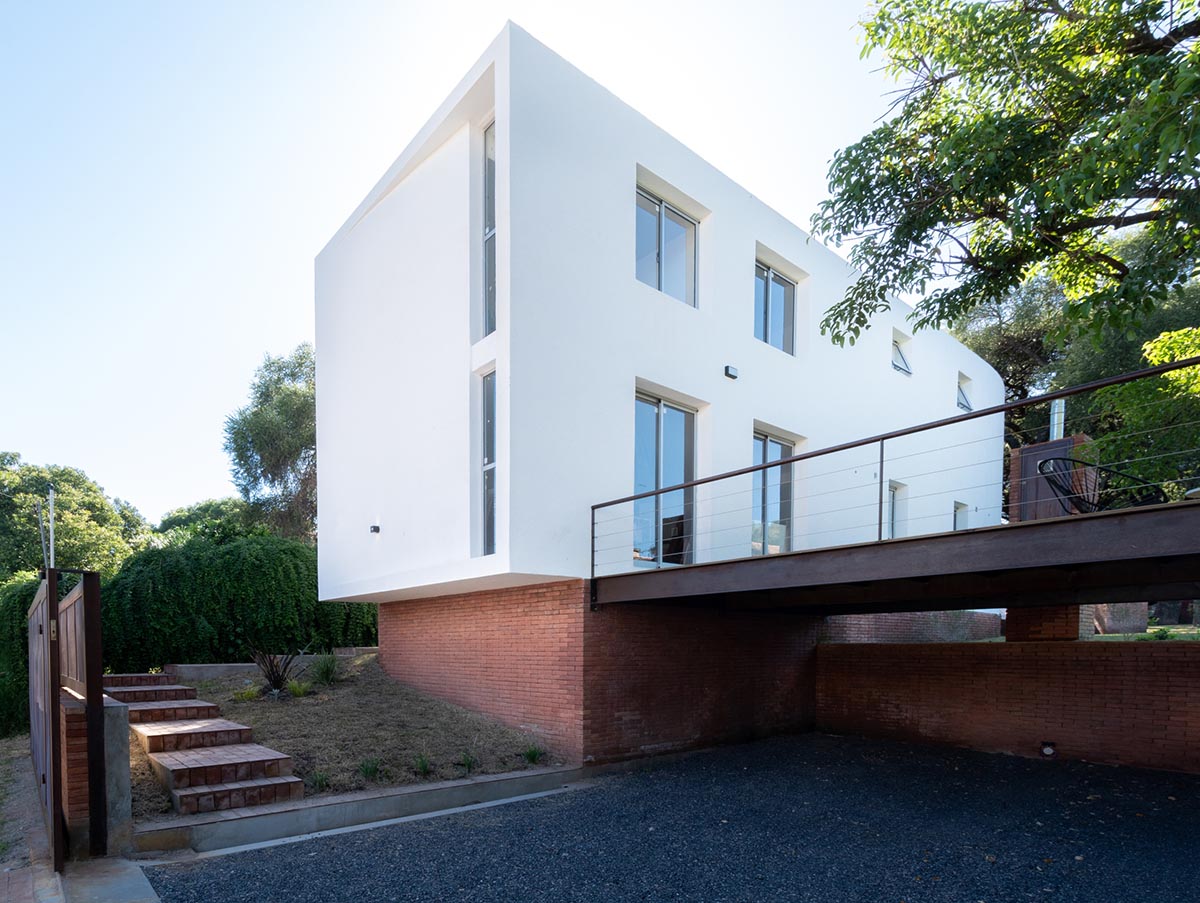 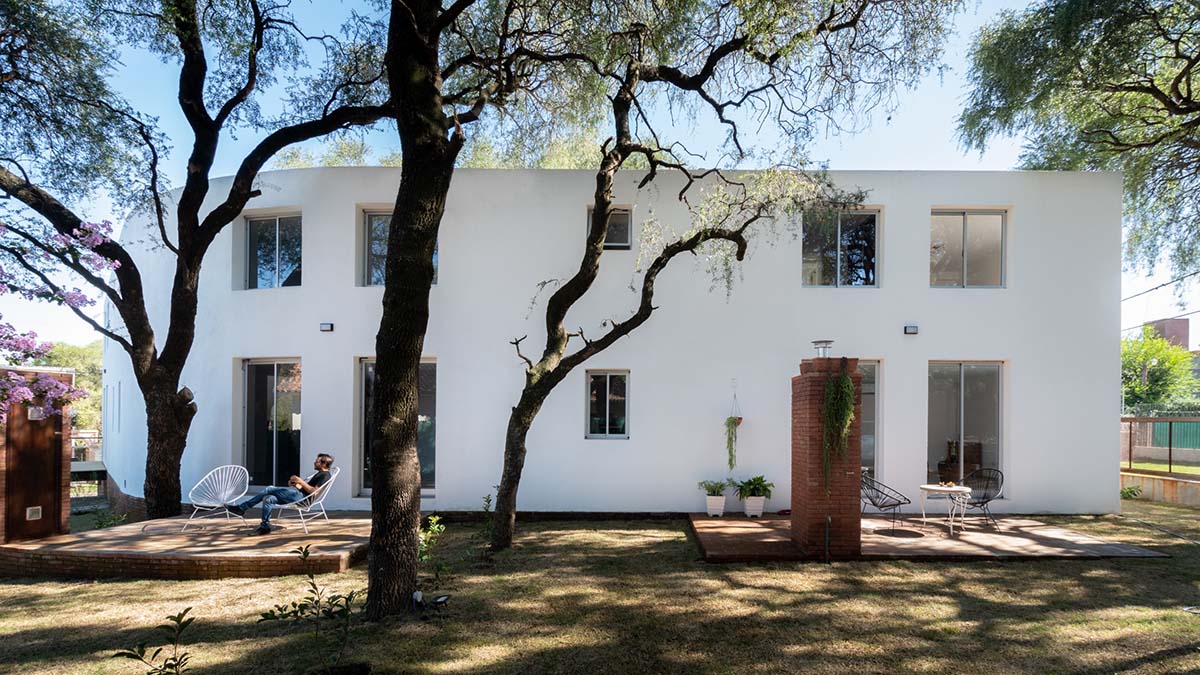 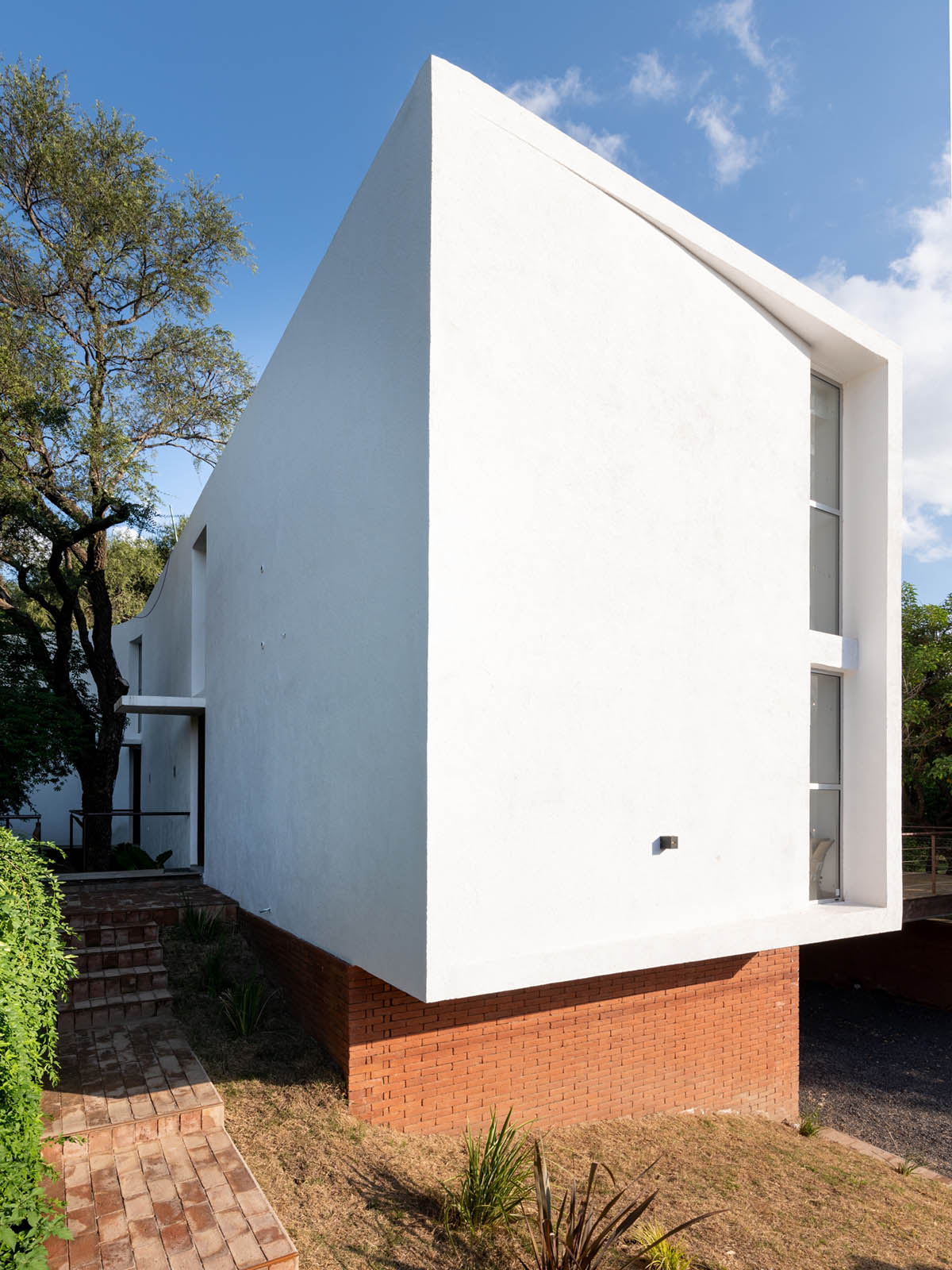 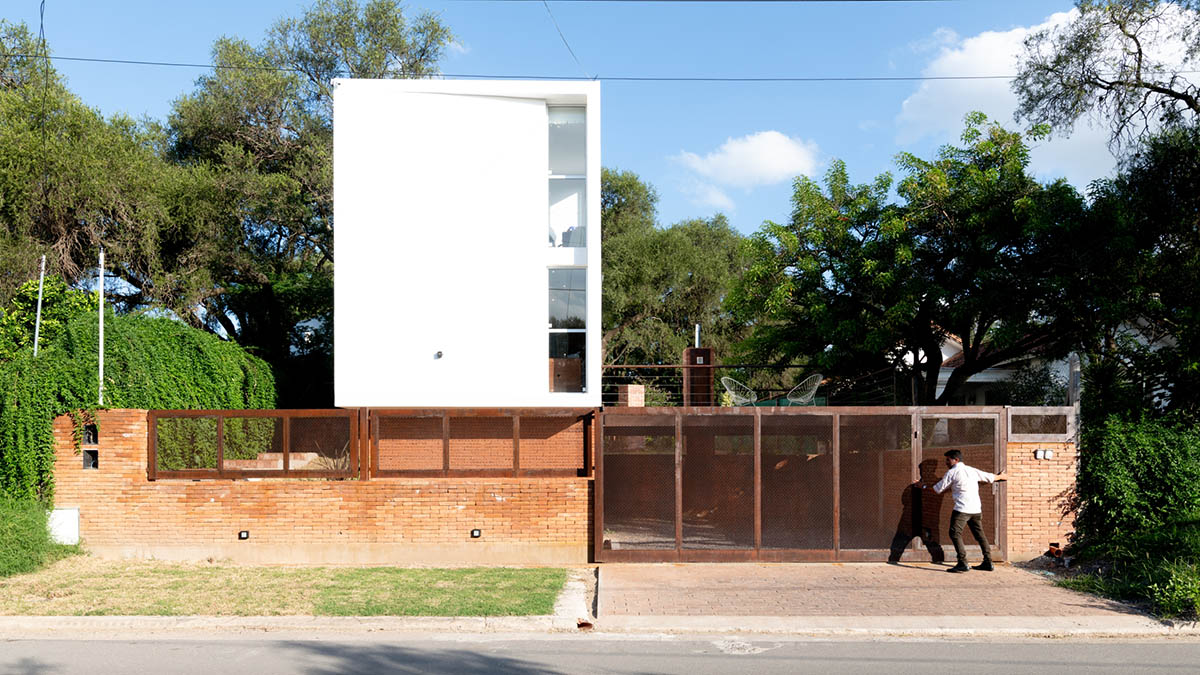 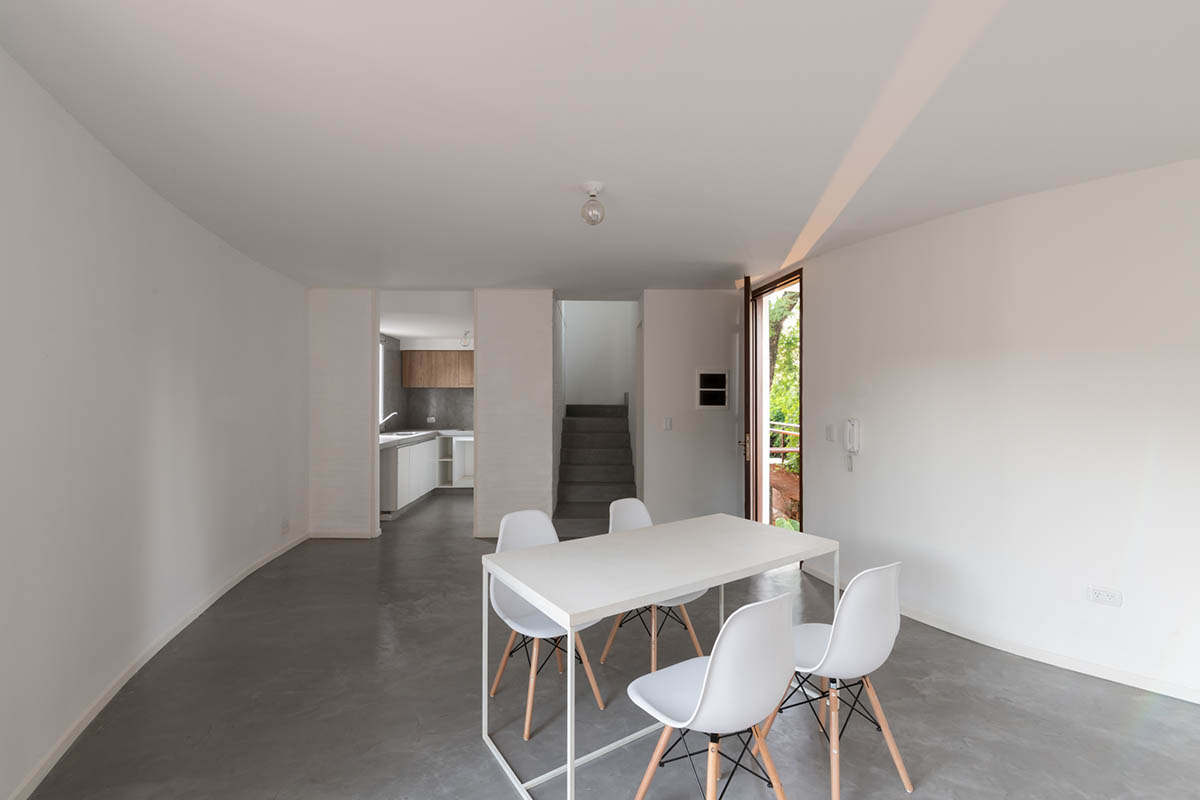 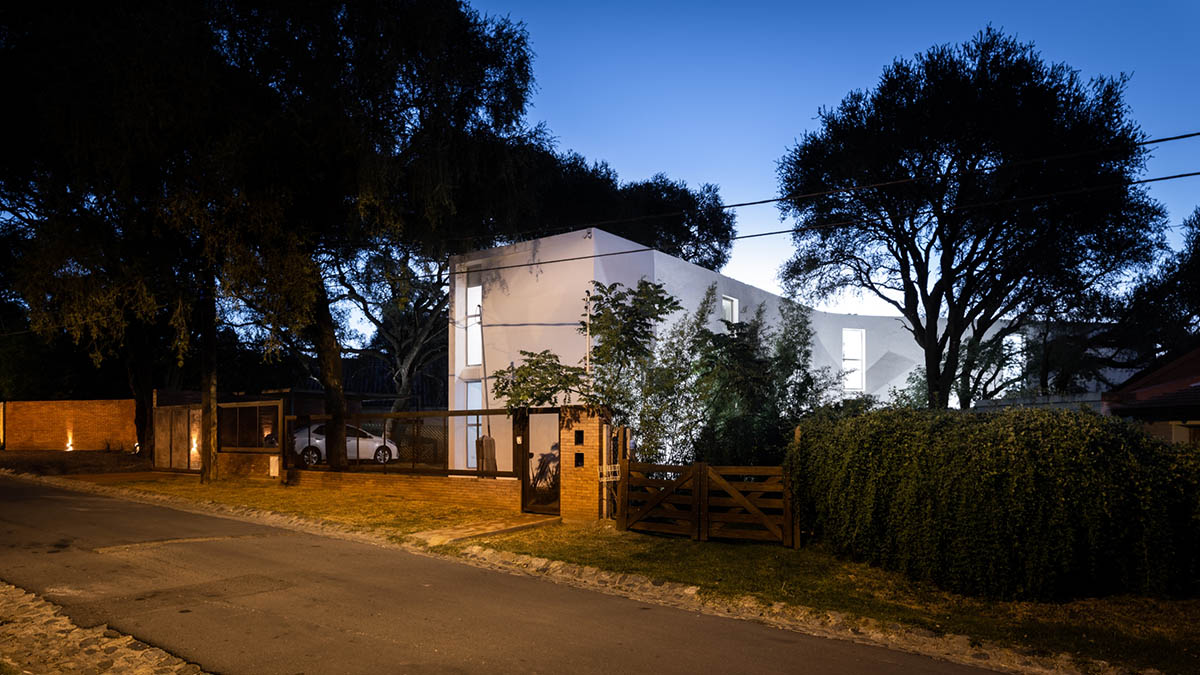 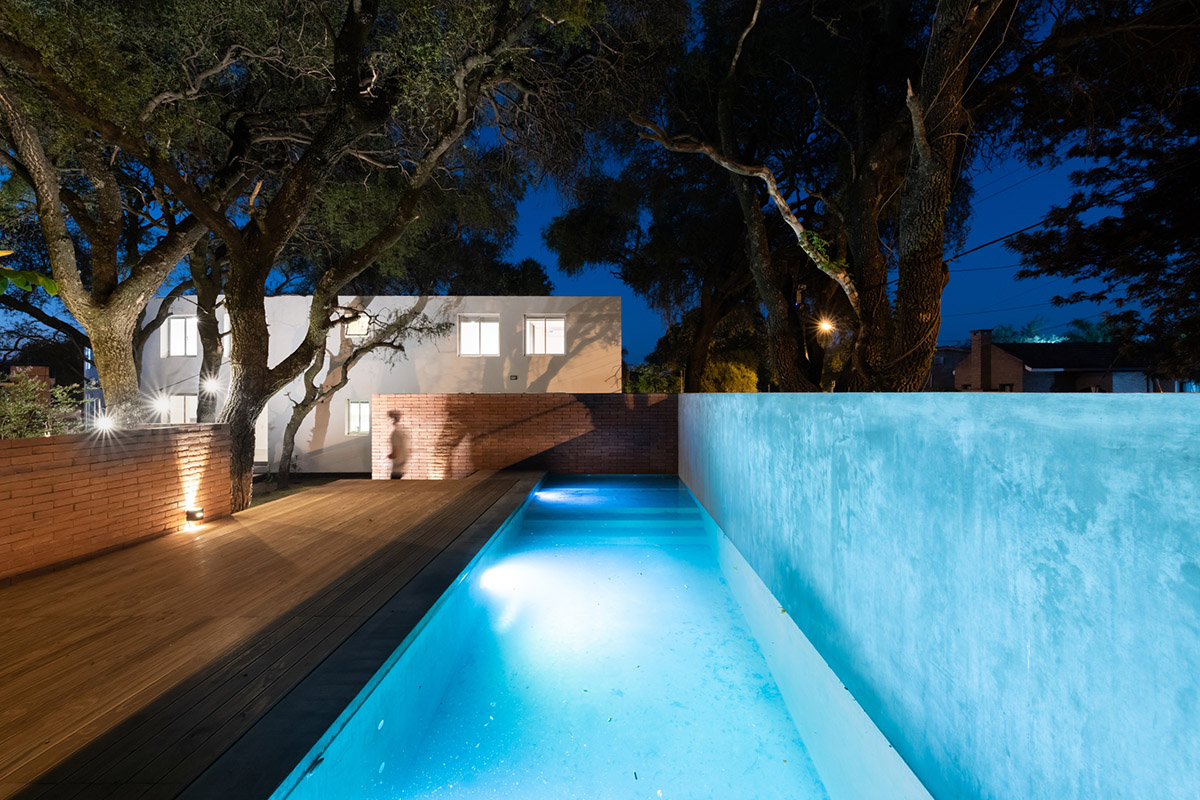 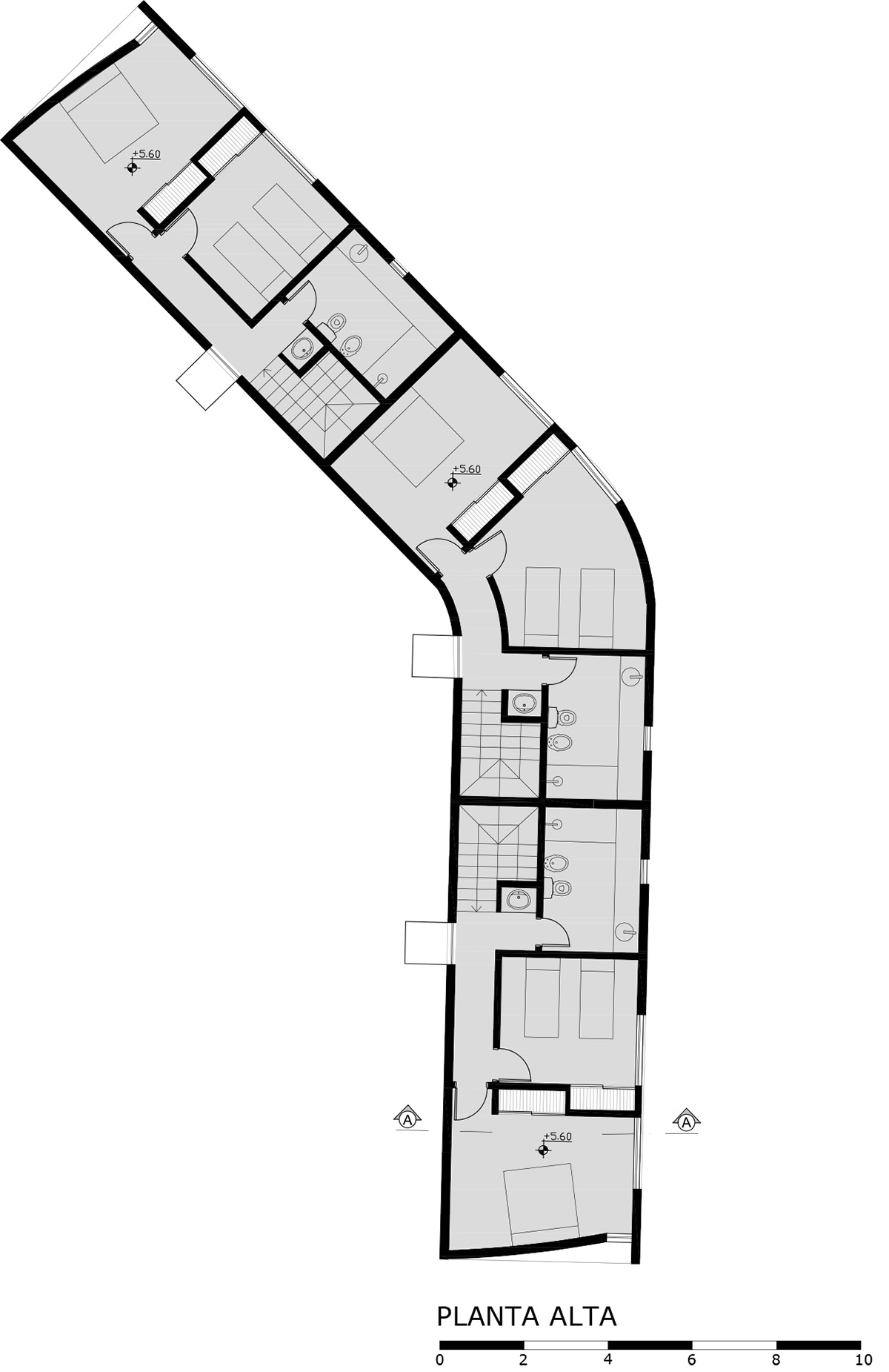