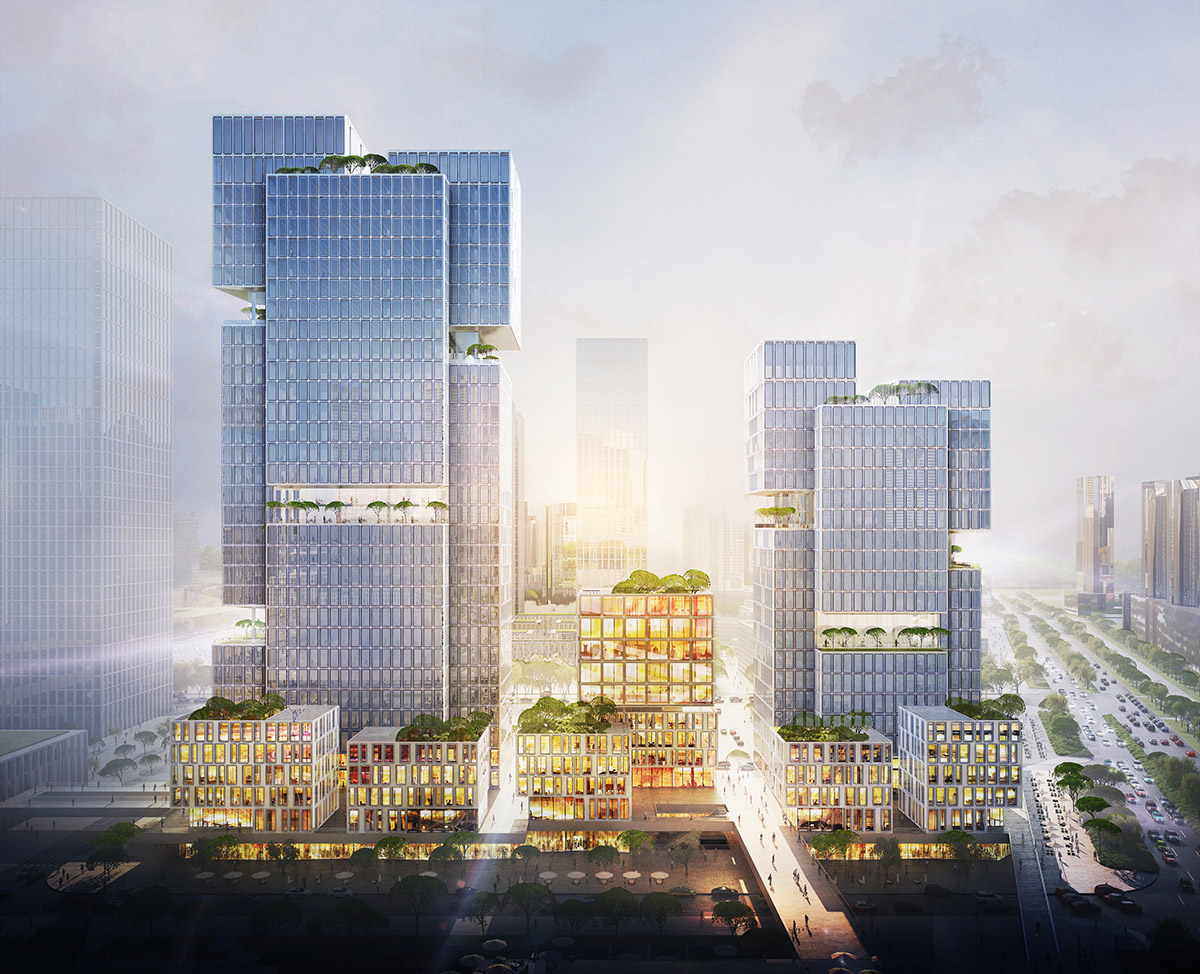 Architects von Gerkan, Marg and Partners (gmp) has won a competition to design new towers for the China Telling Communications Building, which will be built on the west of the city center, at the bay of Shenzhen, a new business district known as Super Bay City is being developed.

gmp stated that the jury was impressed by its ensemble of two high-rise buildings that are linked by a shared podium landscape. The form concept of two floating cubes, which symbolize the different business sections of China Telling Corporation, reflect the world of business in its widest sense. 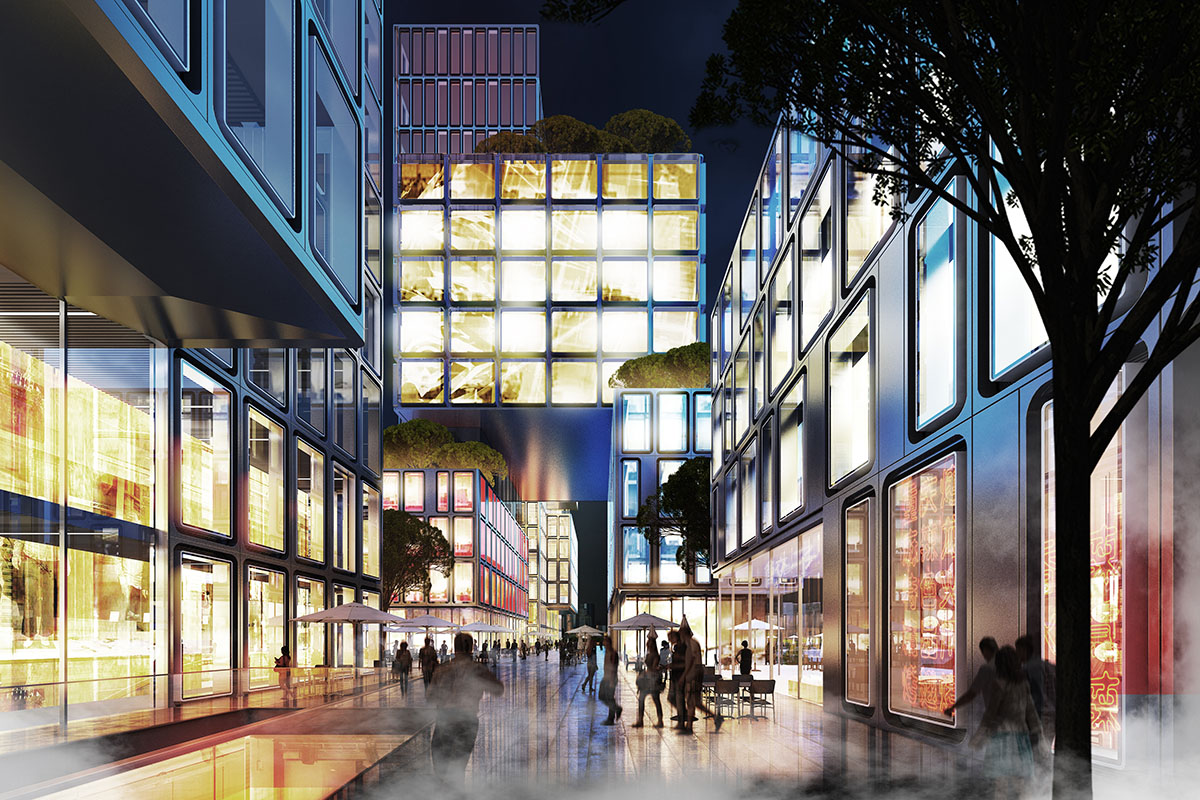 The urban zoning plan for the area between the bay and the Beizhoushan Wetland Park specifies a high-density urban quarter. In future, a broad north-south axis referred to as Central Park will link the ocean- front park with the wetlands to the north and include landscaping, plazas, and cultural facilities. In the block structure of the masterplan, the China Telling Communications Building occupies the north-east corner plot at the interface between Central Park and the wetland park. 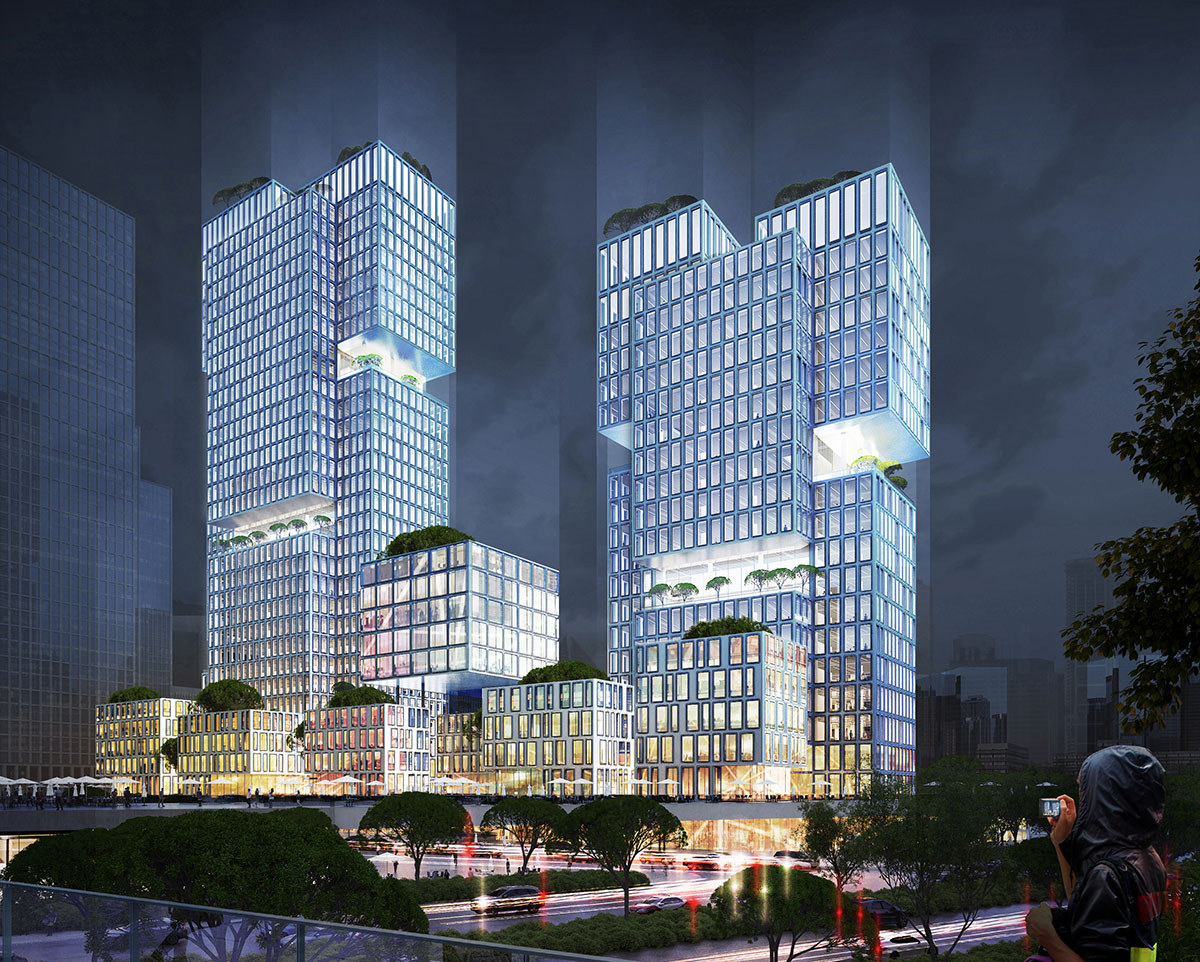 The urban zoning plan specifies high-rise buildings of up to 600 m that decrease in height along the green axis towards the north. For China Telling Corp., which specializes in hardware and software services for smart- phones and other mobile devices, gmp is developing two high-rise buildings with a shared base. 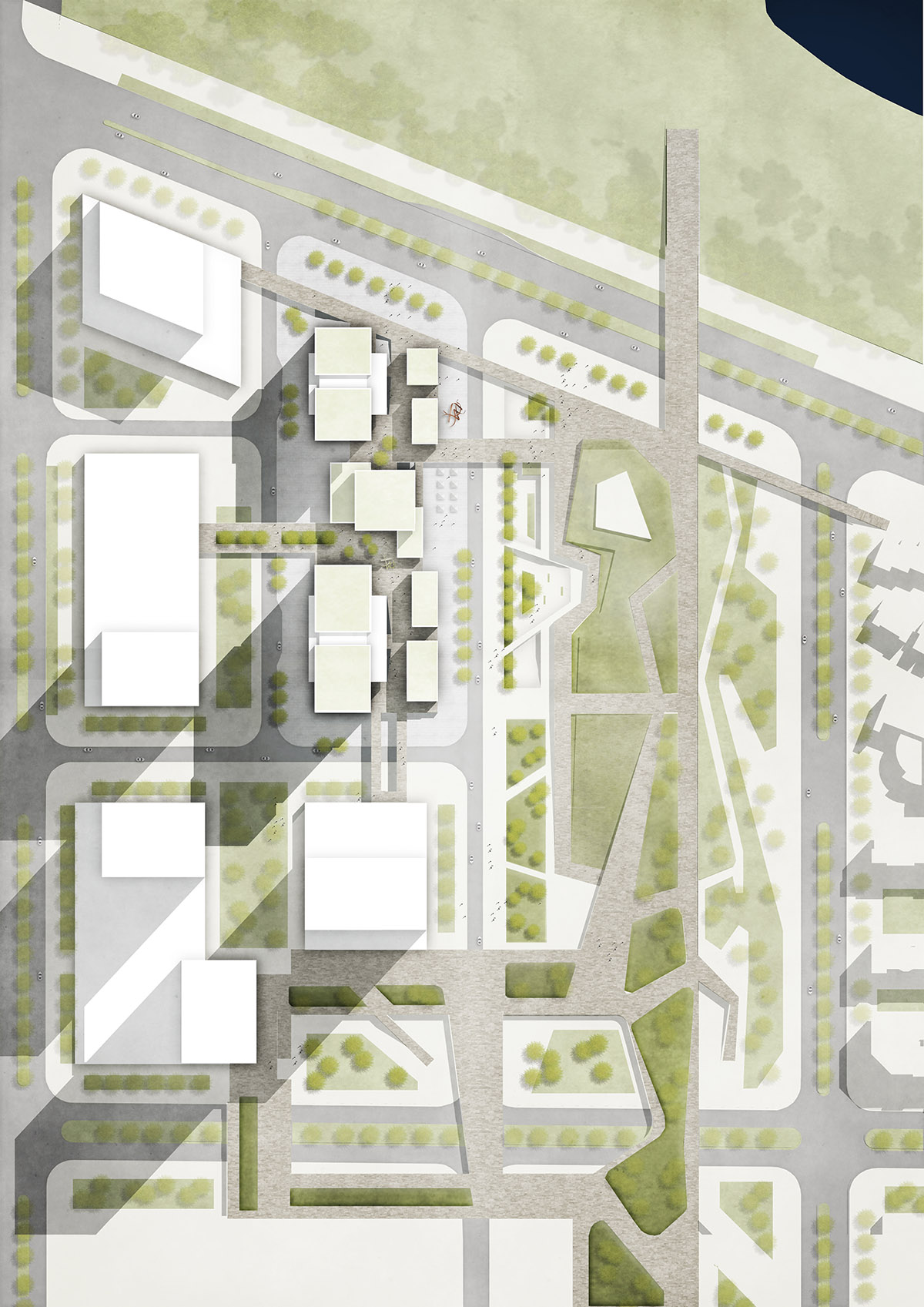 The south tower is 150 meters high and the north tower 100 meters. By designing the high-rises in the form of stacked cubes, the architects are creating "sky gardens" and "sky lobbies" at various levels. 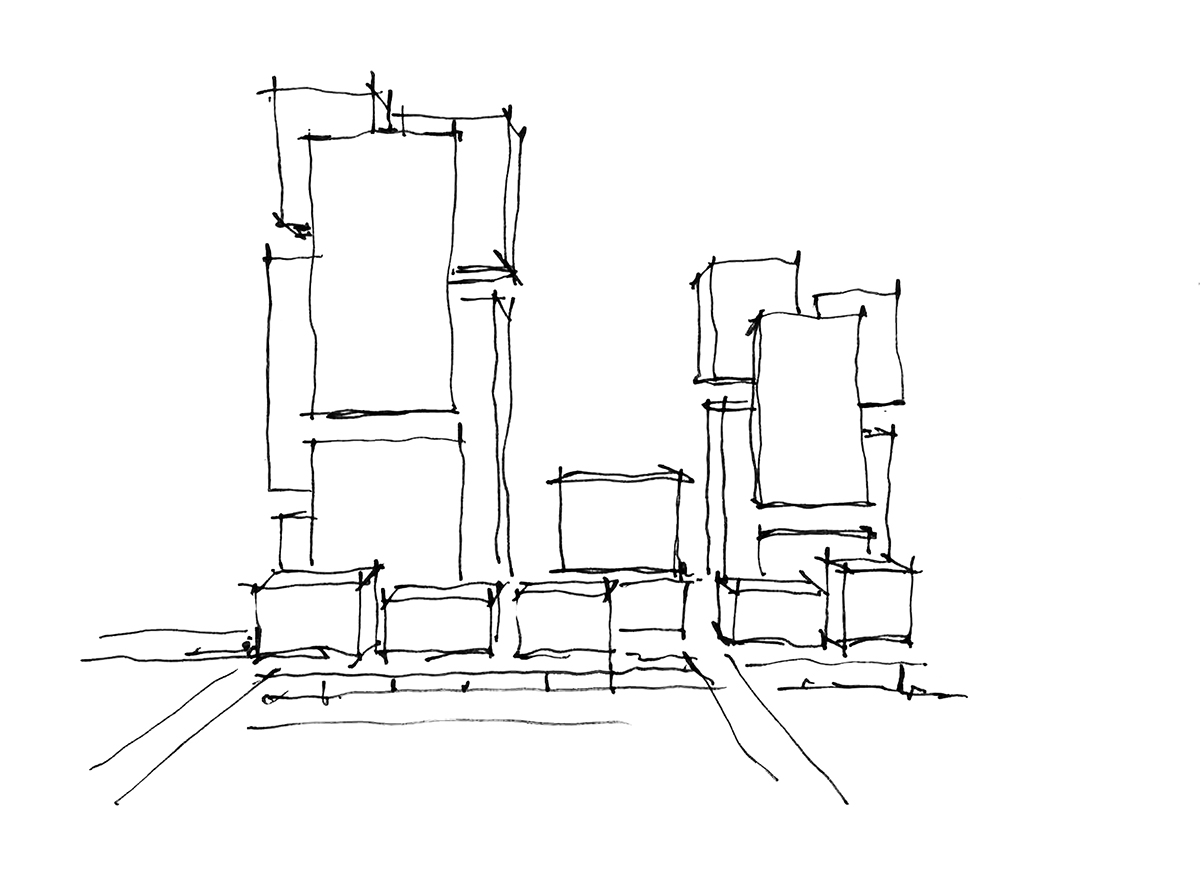 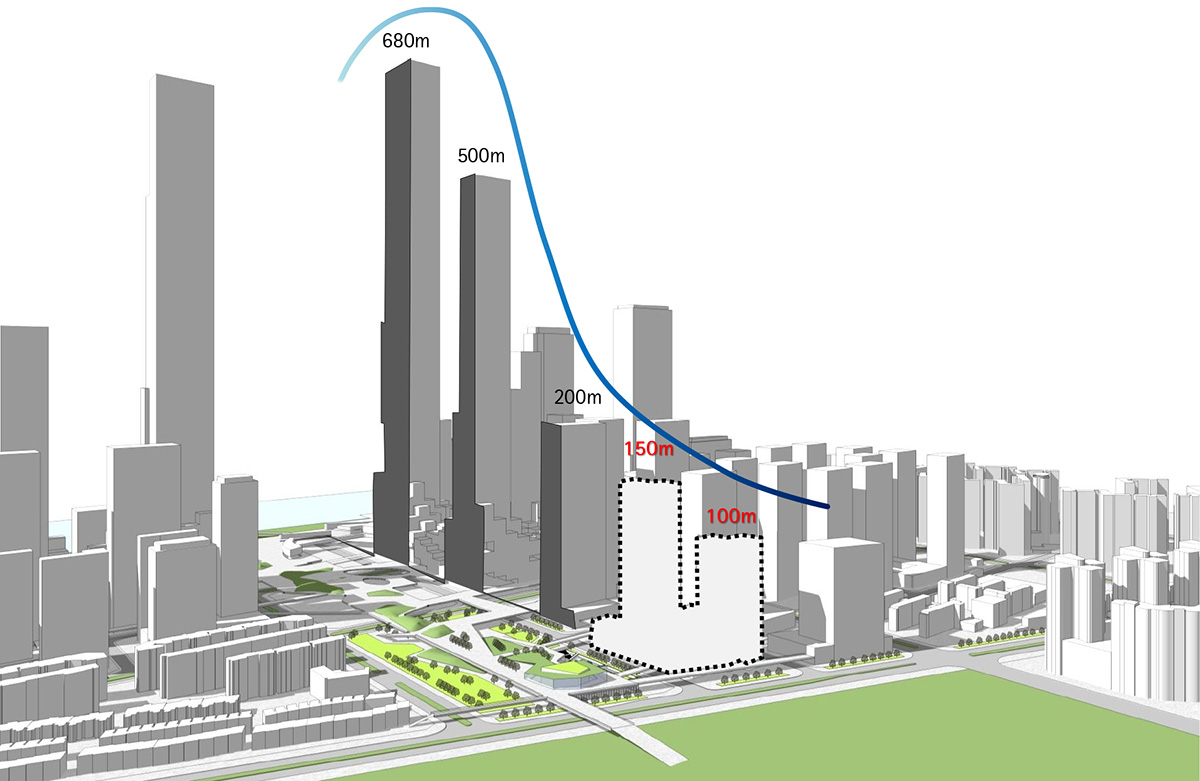 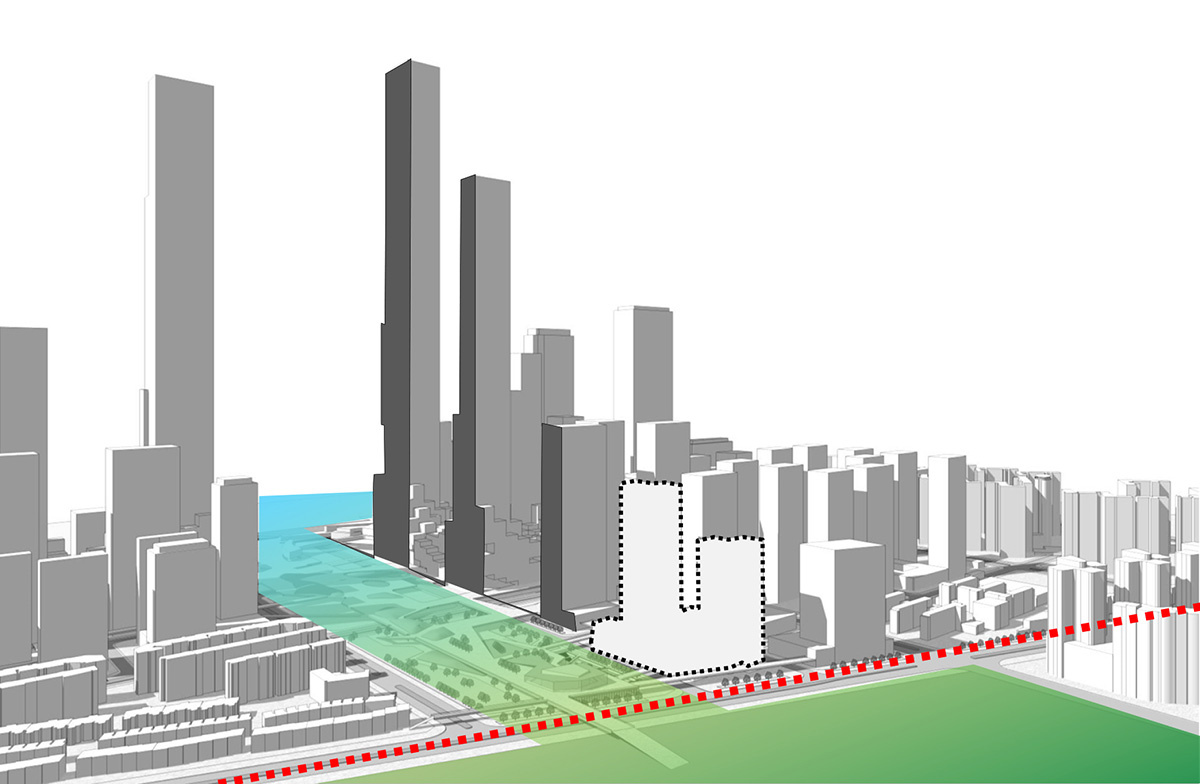 The podium building features smaller units and consists of several structures of different sizes. Whilst the first floor, along the road, provides space for retail outlets, the second floor—as a gallery level—is designed as a public boulevard.

Where this opens out to the quarter, plazas are provided that contribute to a diverse experience of space. Creating an urban flair at the gallery level, plazas, alleys, and footpaths connect with Central Park and the neighboring plots via pedestrian bridges, and thus characterize the new urban space.