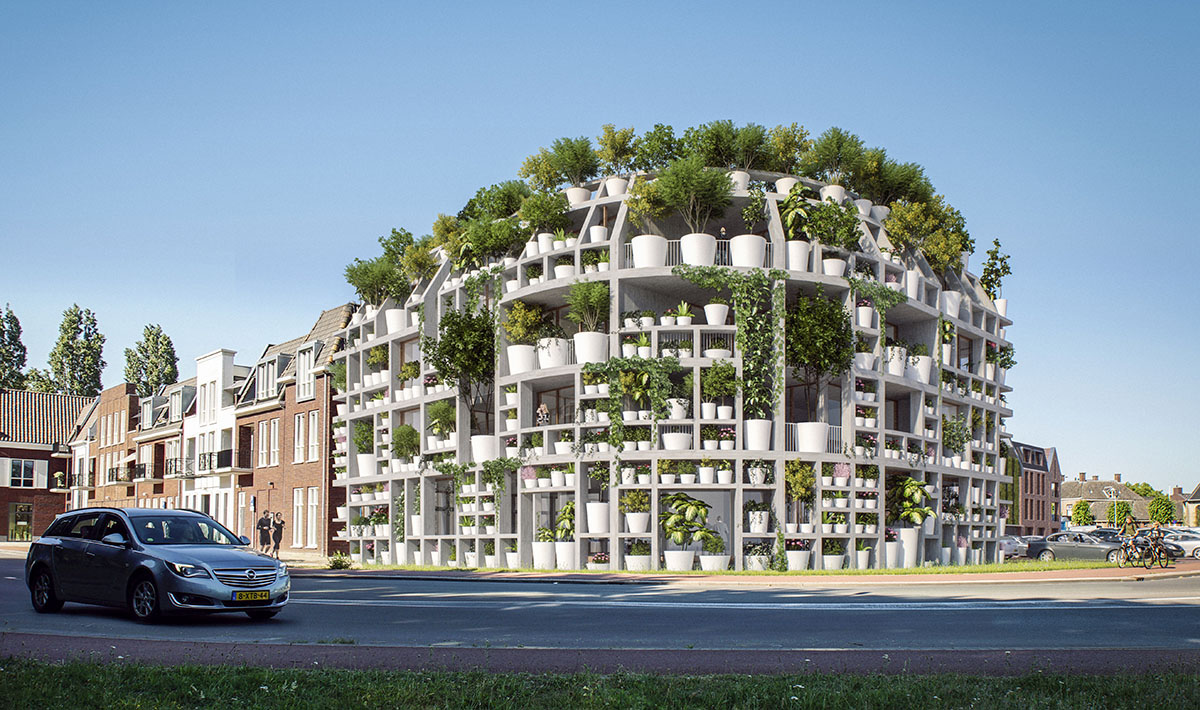 MVRDV has designed a real "Green Villa" that features a gridded "rack" system to cover the building’s entire exterior in a variety of plants. Designed as a small office and residential building, the new villa will be situated on a corner lot next to the Dommel river in the Dutch village of Sint-Michielsgestel, Netherlands.

Called Green Villa, the four-storey building adopts the urban form of the neighbouring buildings, while the plant covering helps it blend into the bucolic landscape of the nearby river, fields and trees. The building creates like a "3D arboretum" and shows how a building can be also "façade-less" while building environmental concerns with real greenery. 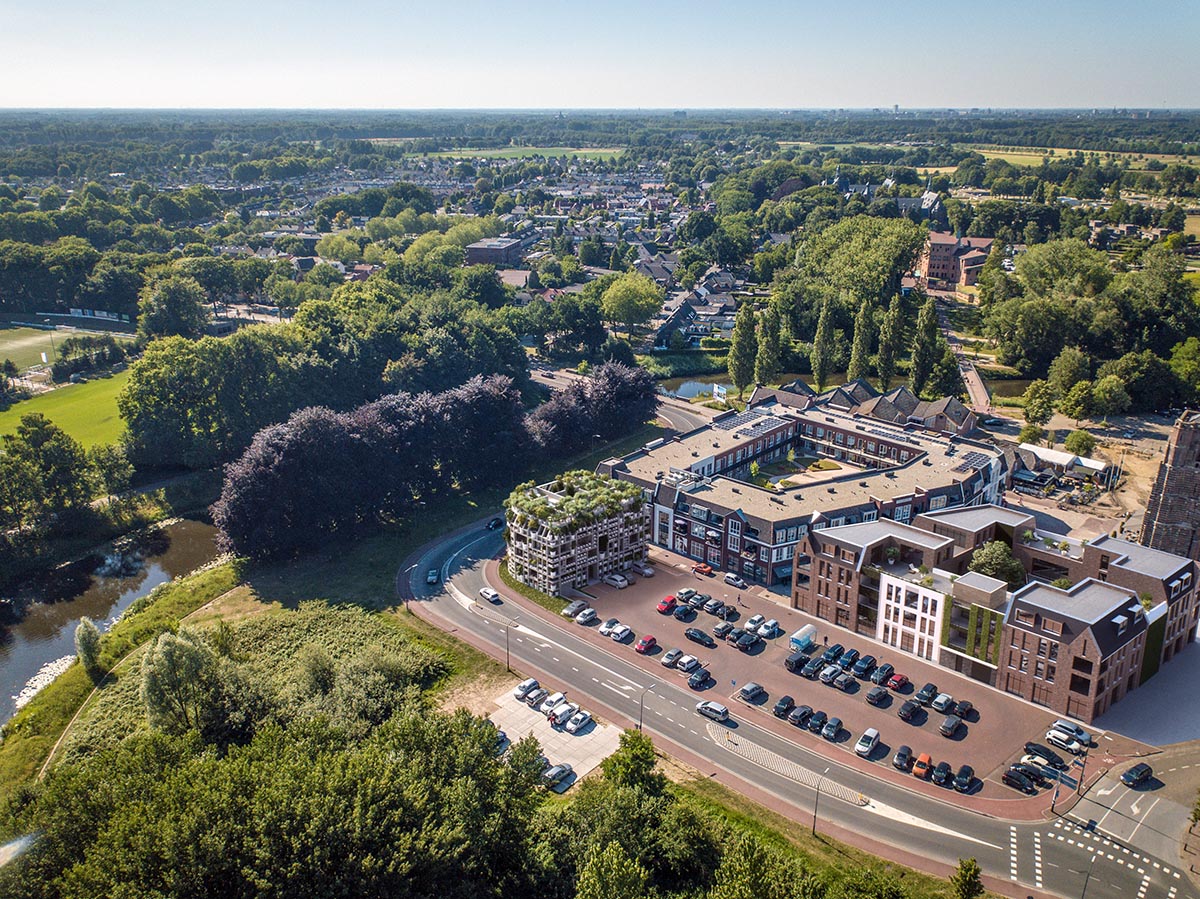 5 apartments will be placed on three floors above, and it will contain underground parking, the Green Villa develops one end of a surface car park on the southern edge of Sint-Michielsgestel.

The project was initiated and is being developed by MVRDV’s co-architect, Van Boven Architecten, who wanted to create a landmark project for the village while also being socially conscious and environmentally progressive.

"The design developed by MVRDV and co-architects Van Boven Architecten continues the formation of the street frontage on Adrianusplein, adopting the mansard roof shape of the previously constructed buildings," said MVRDV. 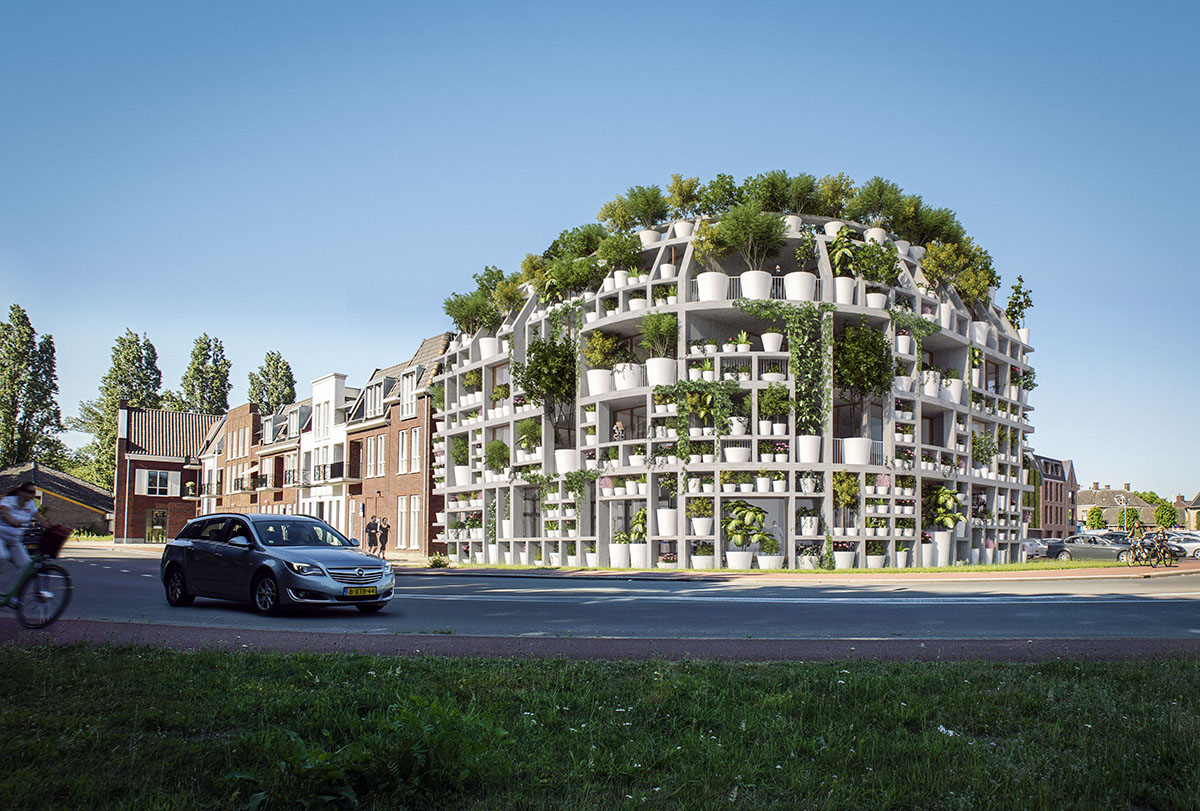 "Within this shape, however, the Green Villa diverges drastically from the other buildings on the street in its materiality; a “rack” of shelves, of varying depths, hosts an abundance of potted plants, bushes, and trees such as forsythias, jasmine, pine, and birch."

"This approach stems from MVRDV’s belief that sustainability implies not only a technological challenge, but also a positive change in lifestyle, with urban areas considered as a part of the natural landscape," the office added.

"This design is a continuation of our research into 'facade-less’ buildings and radical greening," explains Winy Maas, founding partner of MVRDV.

"The idea from the nineties of city parks as an oasis in the city is too limited. We need a radical ‘green dip’: as will be shown soon in a book by The Why Factory with the same title, we should also cover roofs and high-rise facades with greenery. Plants and trees can help us to offset CO2 emissions, cool our cities, and promote biodiversity." 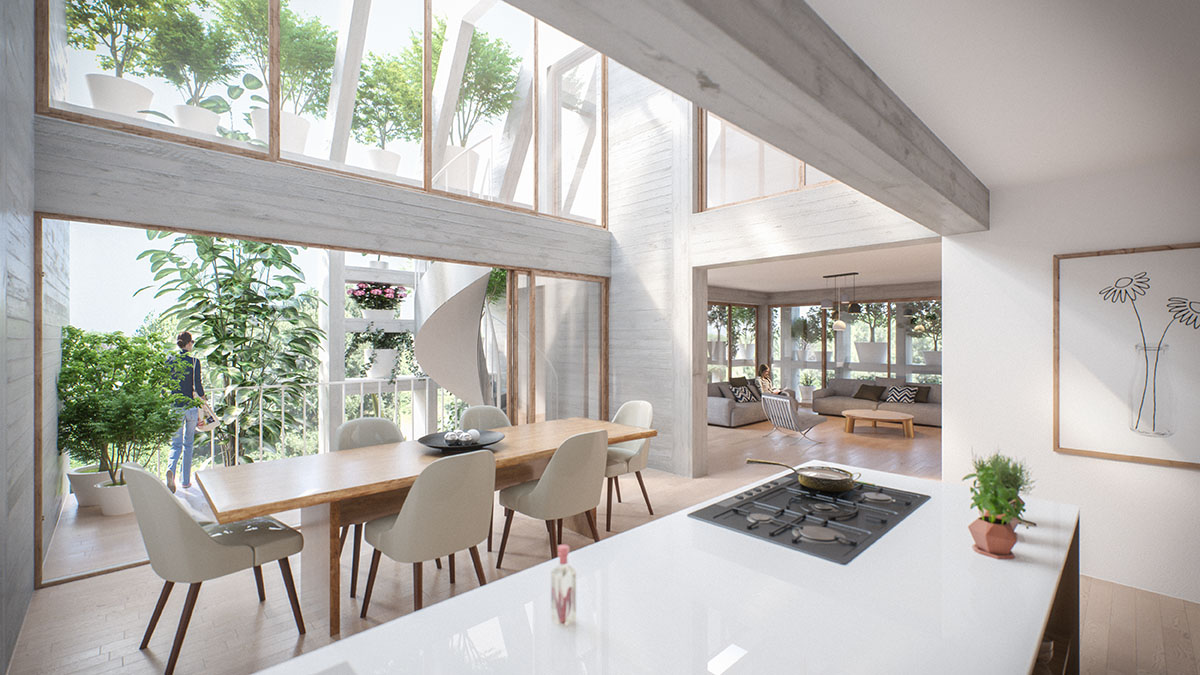 The structure of the Green Villa is based on a square grid four bays wide and three bays deep. MVRDV developed a catalogue of varying space modules, such as bedrooms and living spaces, to place within the grid. A similar catalogue is used to populate the façade, resulting in a three-dimensional arboretum, a plant and tree library, complete with nameplates and additional information.

The plant species are selected and placed with consideration to the façade orientation and the living functions behind, providing either privacy, shade, or views as required. A sensor-controlled irrigation system that uses stored rainwater has been incorporated into the planters, guaranteeing a year-round green facade.

The villa is the second project in which Winy Maas has worked with Theobert van Boven, the head of Van Boven Architecten. In 2016, they were jointly responsible for the design of the expansion of the local Gymnasium Beekvliet, where they both attended school.

"The Green Villa is also a personal project, because I went to school in Sint-Michielsgestel," added Maas. "Just like I did before with the Glass Farm, in my native village Schijndel, I am returning to the region of my youth. It is nice to work with Theobert again." 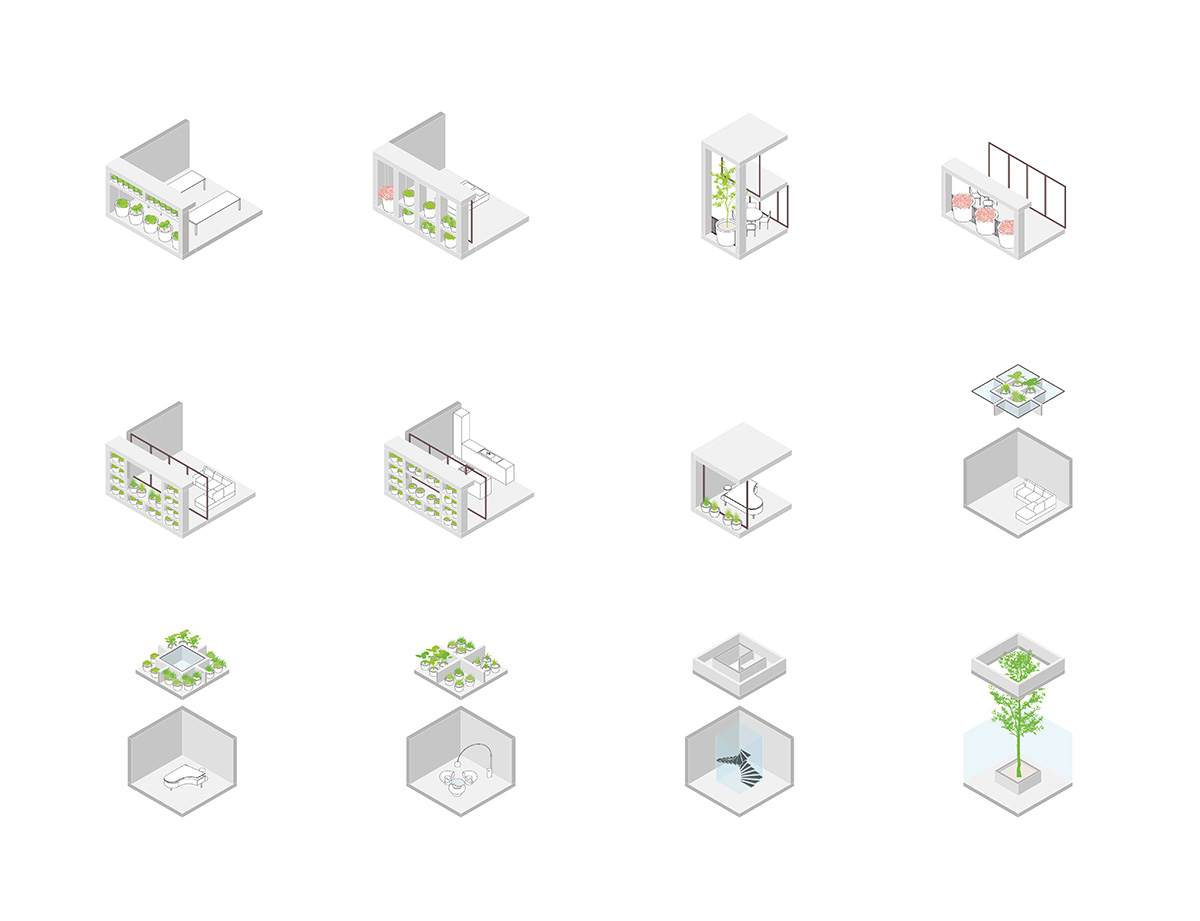