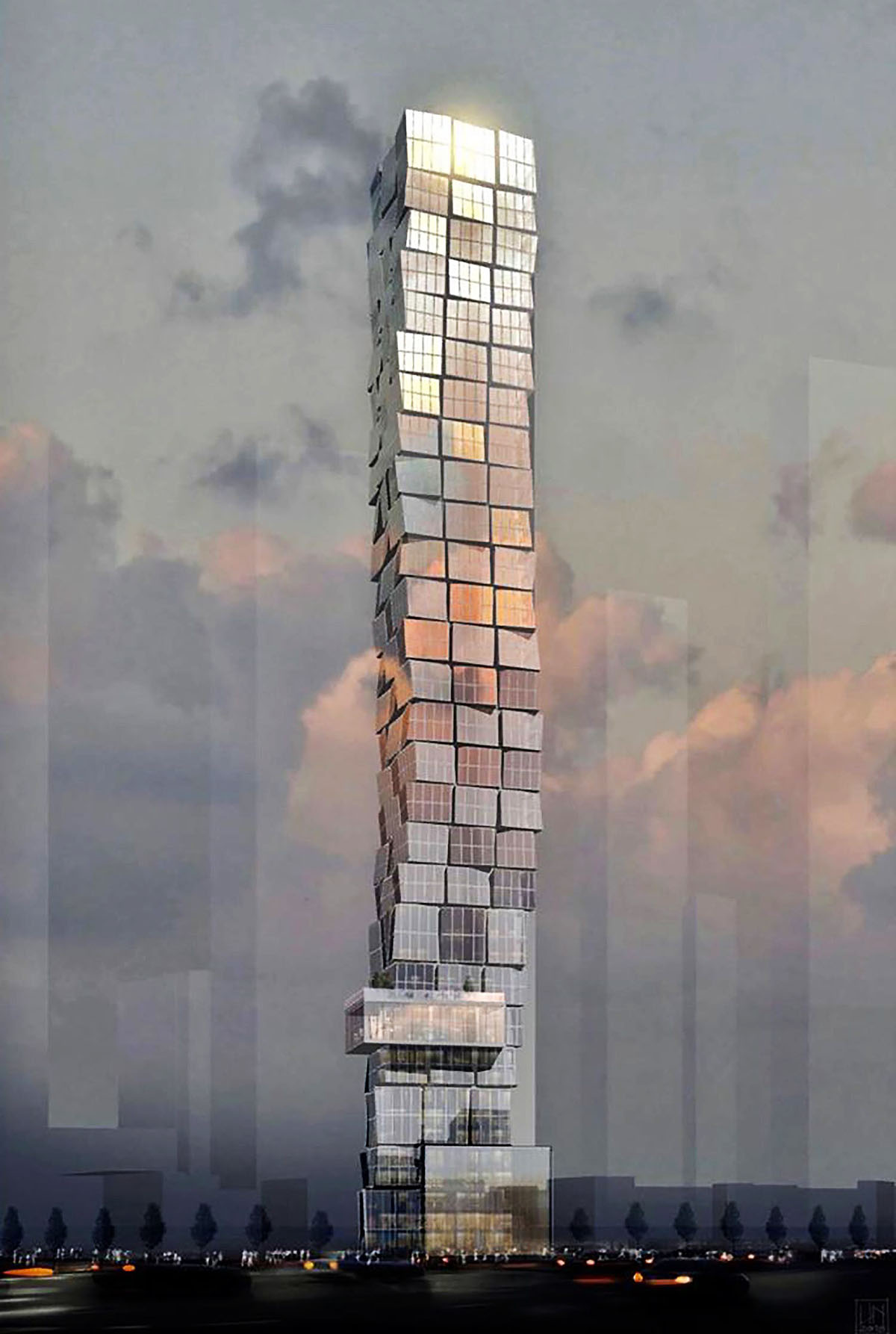 Design revealed for an undulating skyscraper in Hudson Yards, New York, the 487-foot-tall (148,43-meter) hotel is being designed by DSM Design Group and developed by Marx Development Groups.

Called 450 Eleventh Avenue, the design is slightly different from the previous iterations of design which was revealed last month, according to New York YIMBY. Compared to the previous one, the new renderings show that the new proposed skyscraper features more striking appearance with its wavy form and canted facade, it looks like a jenga game towers.

The project has already broke ground at site and is expected to complete for fall 2022. The skyscraper will contain a 531-room hotel for Starwood Hotels & Resorts Worldwide brand.

A series of stacked of boxes will form the structure above a big podium. It seems that all gridded units will have angled glass panels that can be shimmered at nights differently according to light.

Although there have not been released additional images about the tower, it seems that cantilevered portions of the gridded at each level will have its own terraces. A big glazed volume hitting the tower after the fifth floor will potentially function a bar or restaurant.