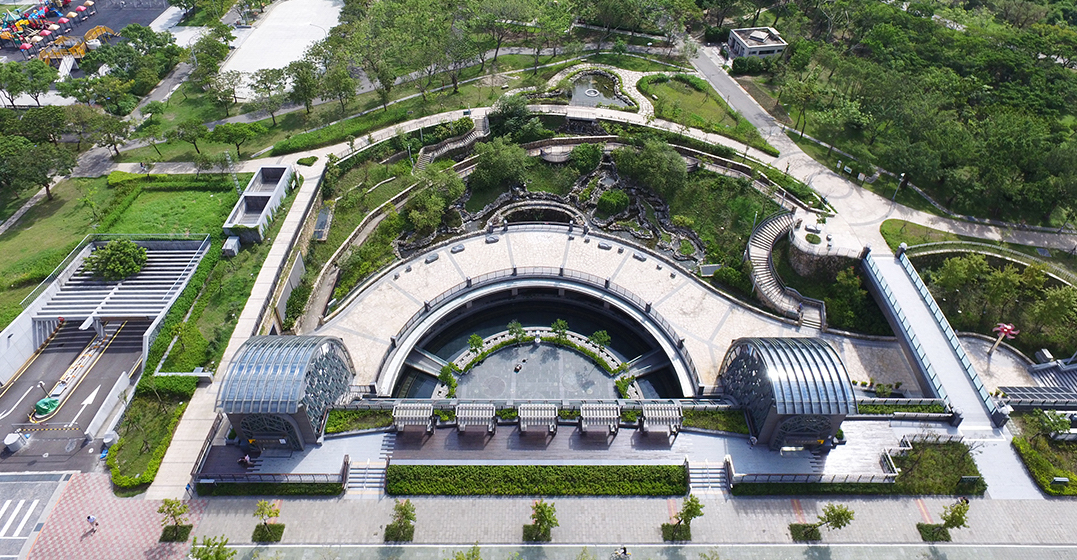 It has been 20 years since the metro system was first established in Taiwan’s capital city, Taipei. As an underground system, a station’s interactions with the city would often be limited to simple "matchbox" entrances protruding from the sidewalk—typical of many urban stations worldwide. When an expansion plan was revealed by the Bureau of Transportation in the form of a brand new metro line connecting the city’s most popular districts, the station site set next to the city’s largest green space (Daan Forest Park) presented a rare opportunity to explore a metro station’s potential for urban interaction through design. 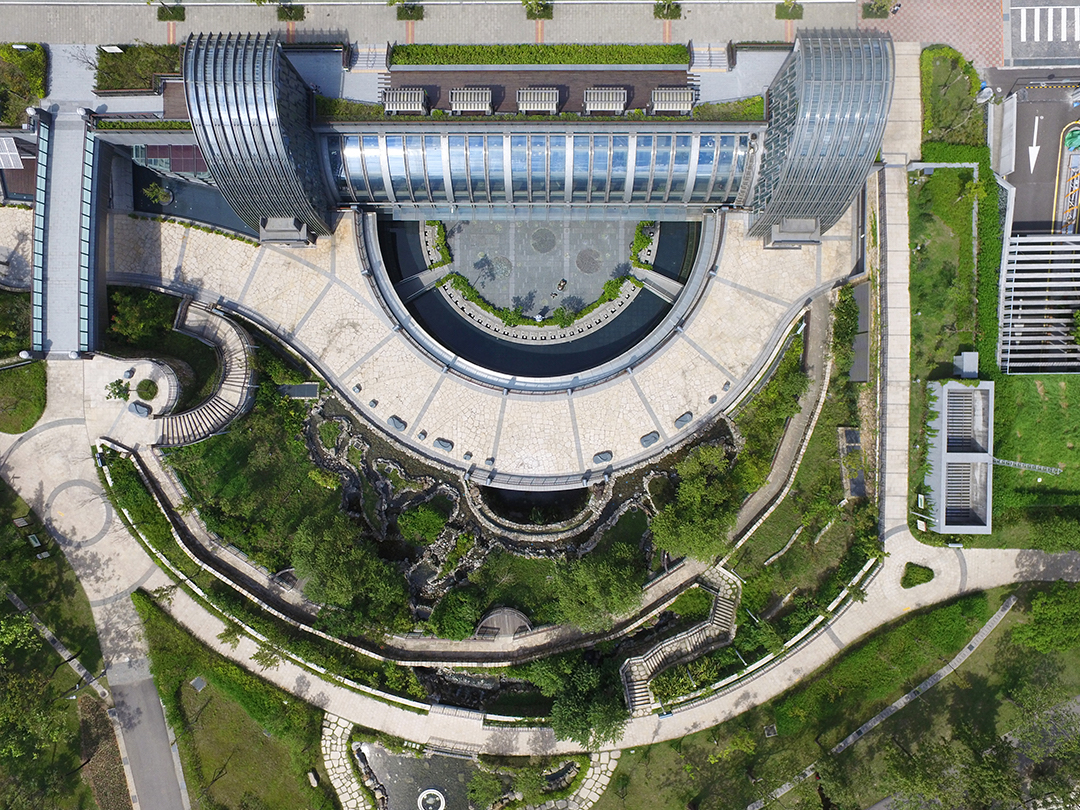 Aerial view to the North. Image courtesy of SCFC 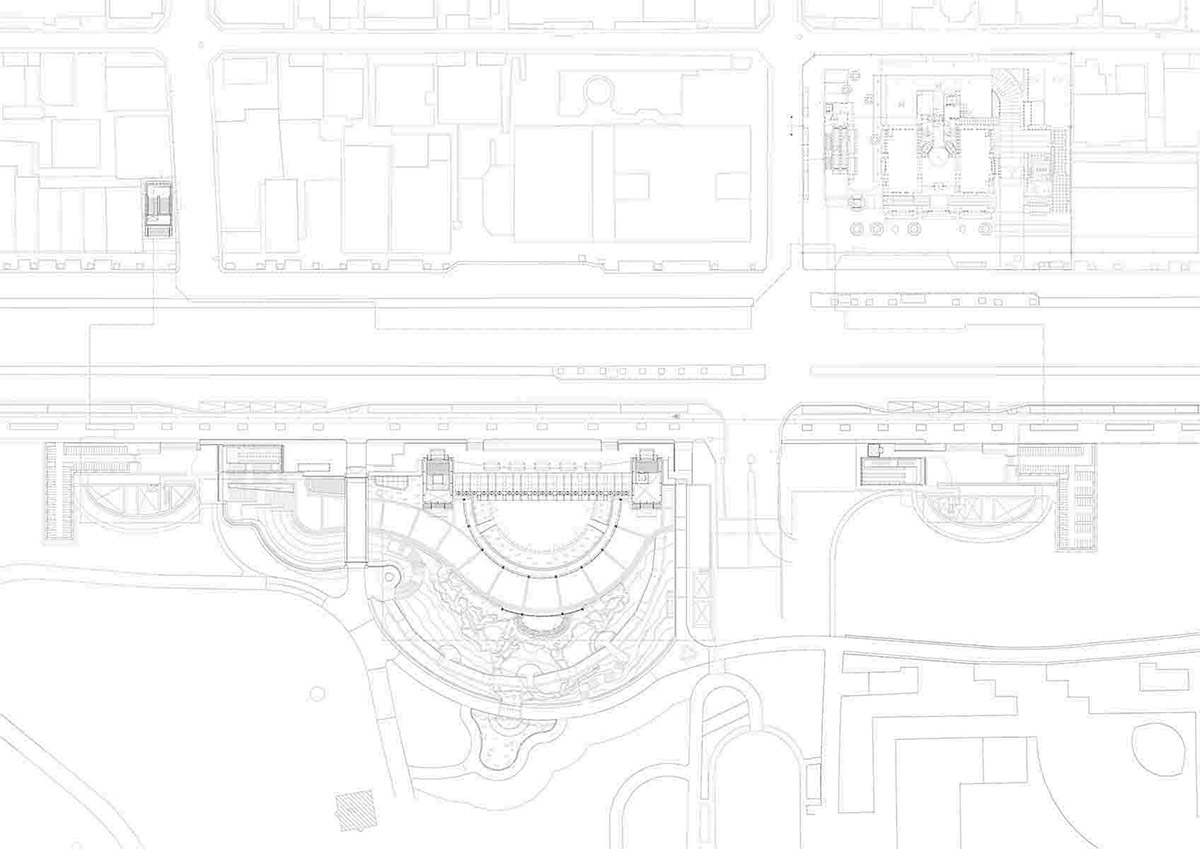 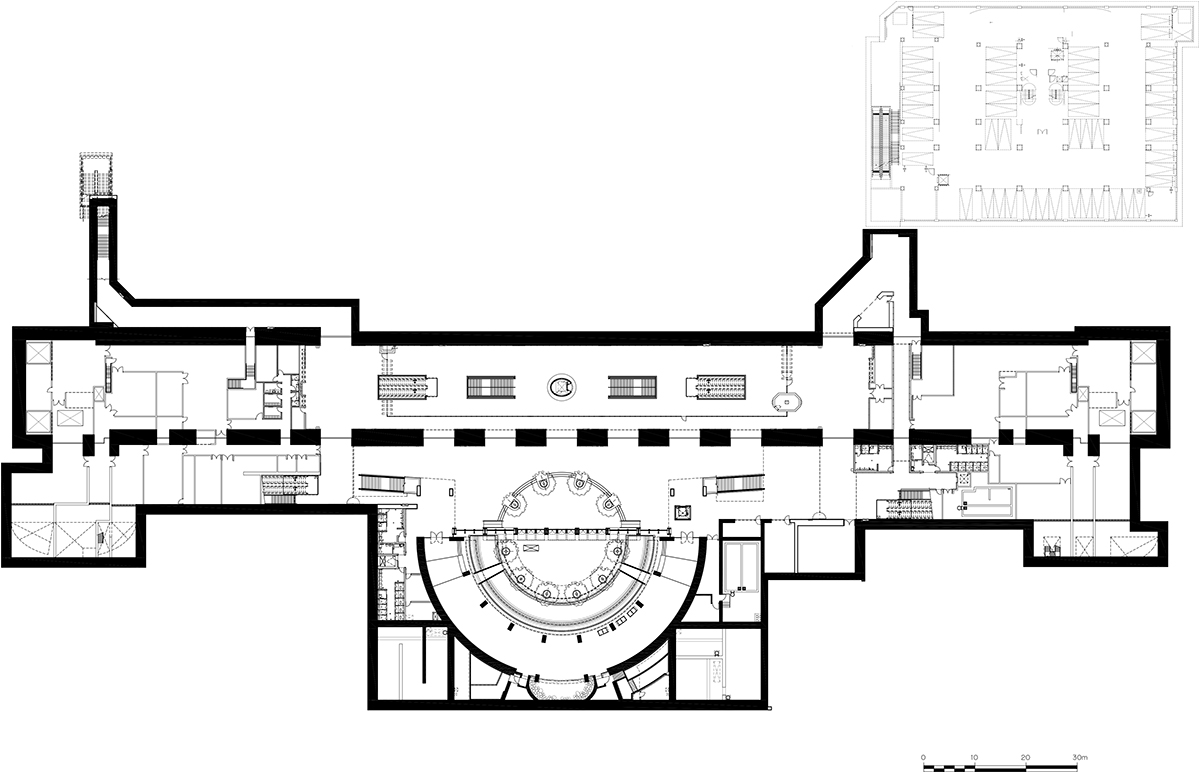 For the jurors, the scheme proposed by the design team of Che Fu Chang Architects during the competition was completely unexpected. Taking advantage of the site’s context, the team proposed to fuse the station with the park, breaking down the boundaries between Daan Forest Park and the public transit system. Enormous debates across government departments ensued, but ultimately, a decision was made by the city mayor to allow the proposal to pass.

The proposal aims to transform the metro station from a passive transportation service facility into a vibrant city hub, where generous porosity between the station and the park connects visitors and commuters to the surrounding urban park environment. Fusing the station with the park also provides opportunities for new access points, stimulating activity in otherwise inactive areas. The park is consequently more accessible, and the station more lively, providing convenient passage to multiple destinations. 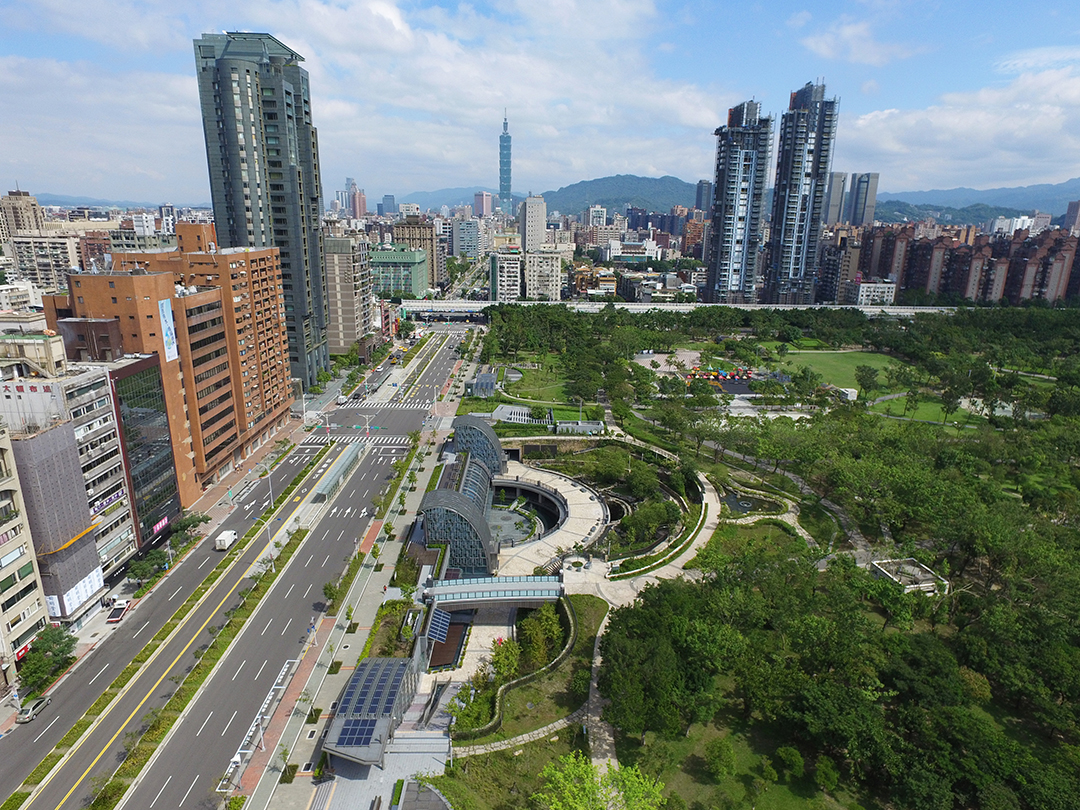 Aerial View to the East. Image courtesy of SCFC

The Daan Forest Park Station is imbedded into the park itself, merging with its landform. A semi-circular area of the park was excavated to create a half-bowl-shaped, multi-tiered sunken plaza, exposing about 100m of the underground station’s southern side and opening up the concourse levels to sunlight and open air, while also providing functional indoor and outdoor spaces for the park’s visitors to enjoy.

To enable wheelchair and stroller accessibility, a long, arc-shaped inclined path along the sloping sides of the excavated area connects the station and sunken plaza to the park above. A wooden platform beside the path provides space for a brief rest on the half-bowl slope, which is itself a composition of ponds and plants, shaded by trees. 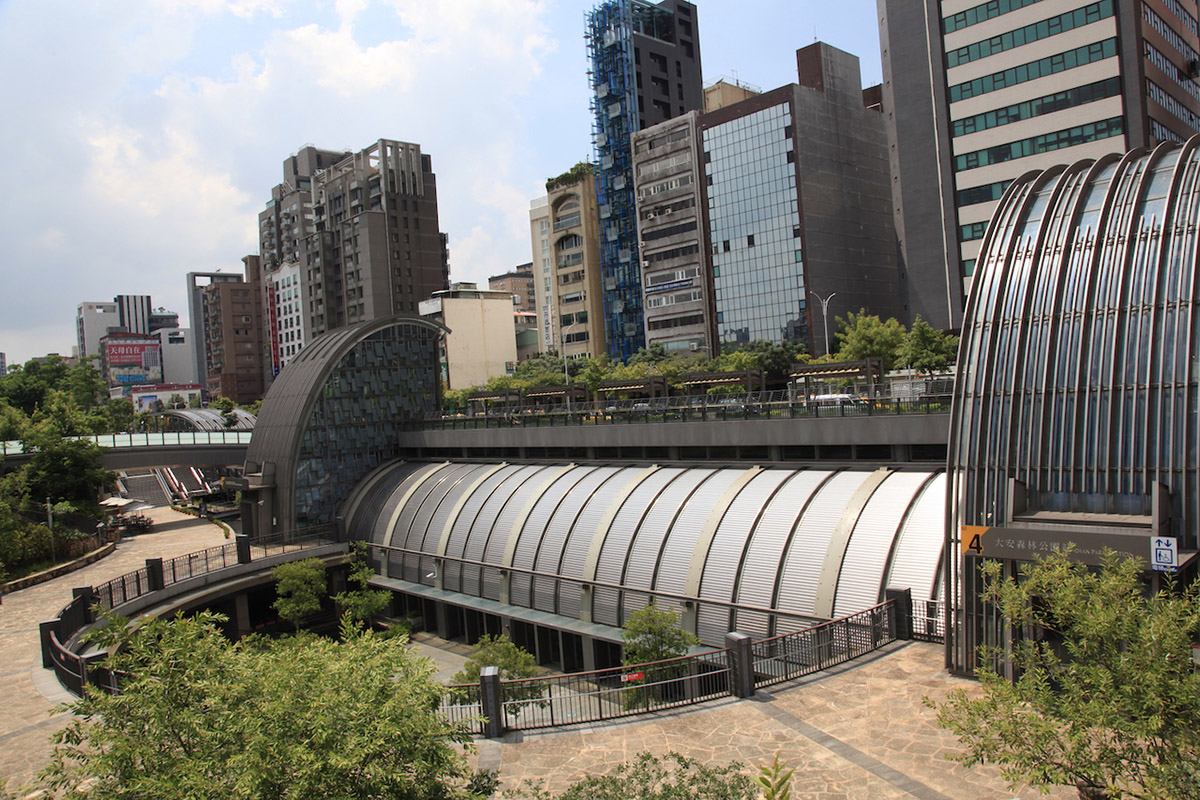 Due to open spaces and natural elements being so scarce in urban environments, the proposed design aims to minimize the impact of the station and its construction on Daan Forest Park. Visually, the station and its plaza (with the exception of two light-tower entrances at street-level) remain below ground-level, out of sight from most of the park’s pedestrians. The noise of people passing through the station or gathering at the plaza is also contained below ground-level, deflected by the plaza’s slopes and absorbed by its trees. While the station prompts increased local activity, the serenity of the park is preserved. 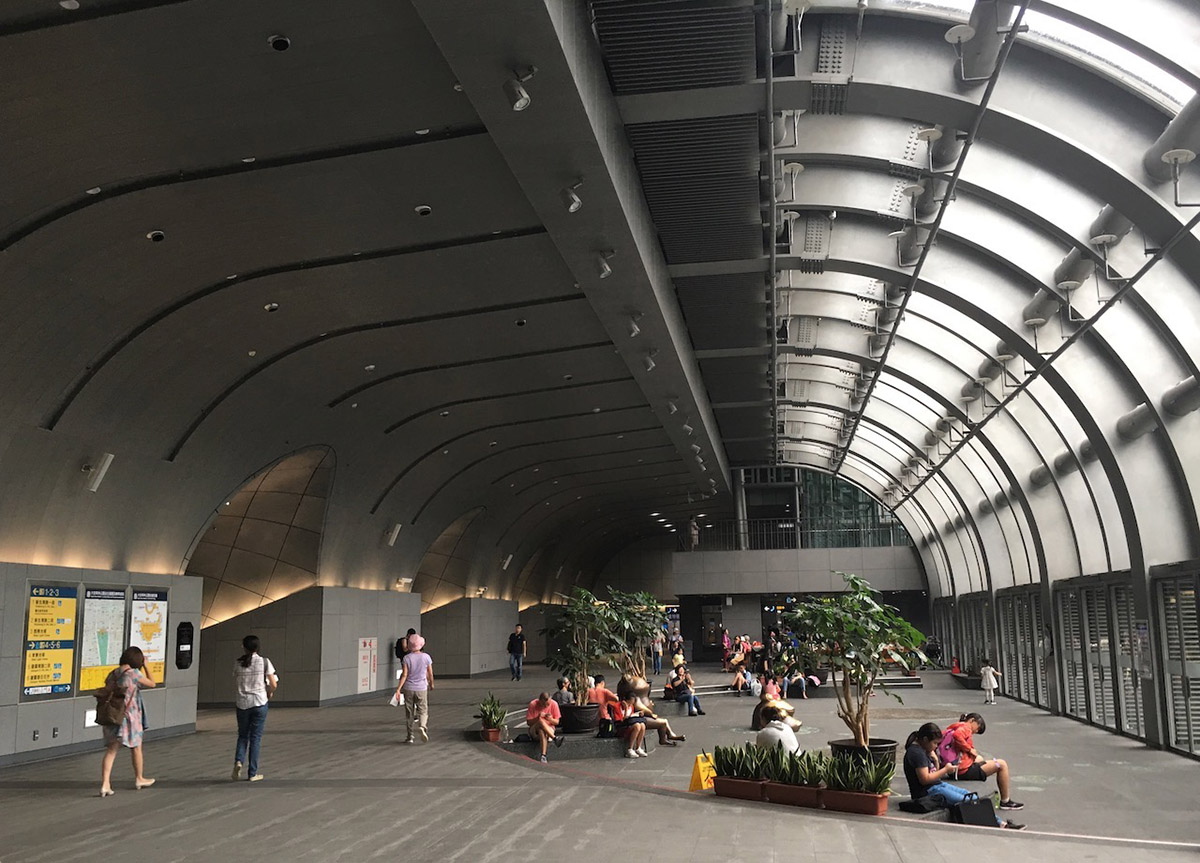 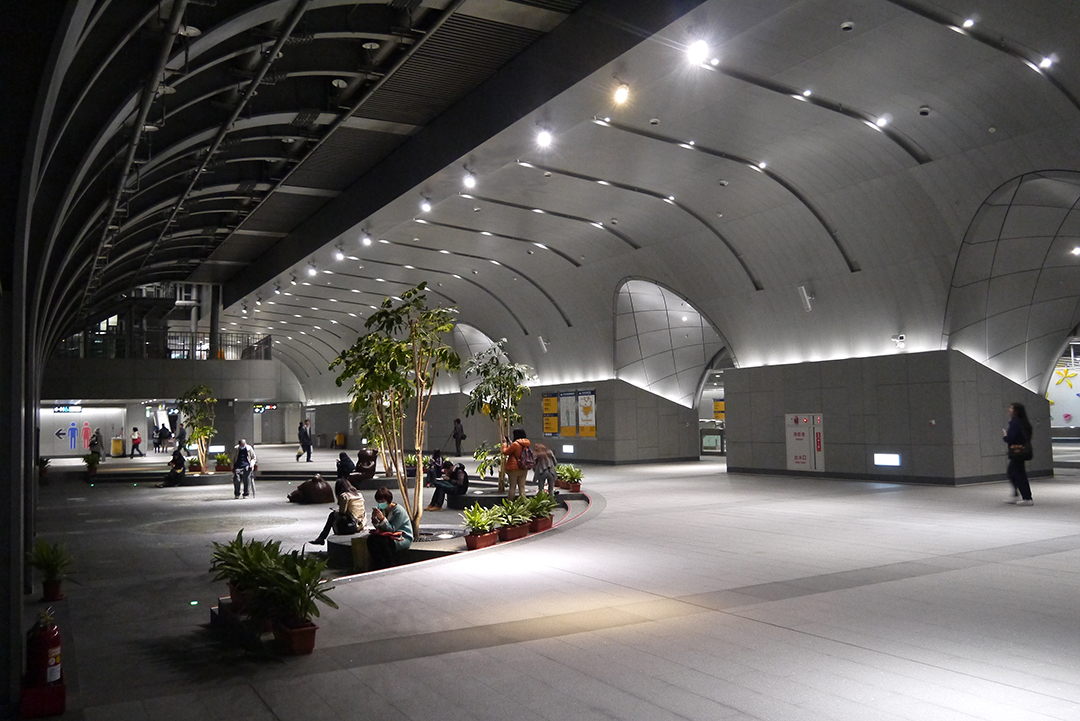 Arriving at the station, people are naturally drawn towards the open sky and fresh air of the park above. From the platform and concourse levels through the plaza and to the Daan Forest Park, the transition between indoors and outdoors facilitates the enjoyment of the surrounding nature, transforming a tedious daily commute into a more refreshing one. Perhaps the invigorated commuter may bring a piece of the park’s tranquility with them on their journey, and in some small way share it at their destination. 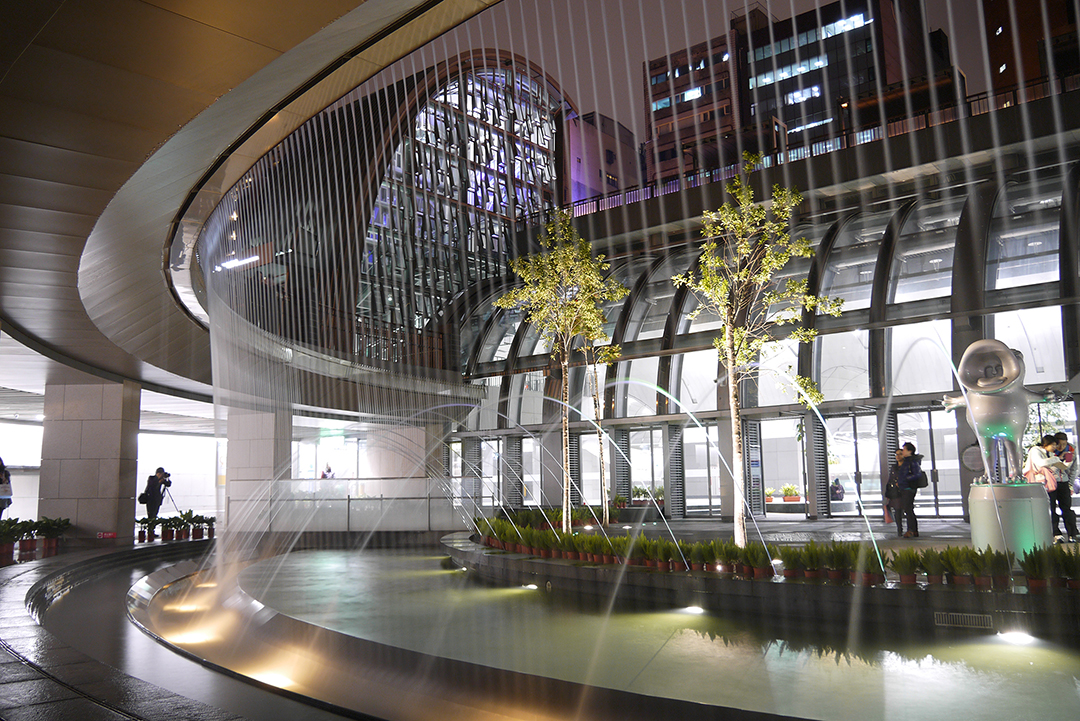 Sunken Plaza towards the Concourse. Image courtesy of SCFC 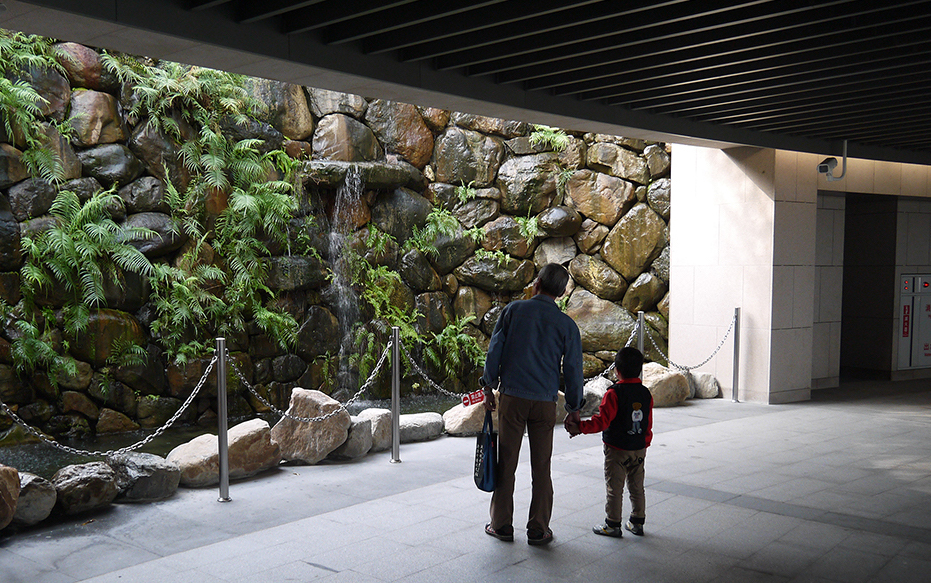 Bring the Park's Tranquility into Station. Image courtesy of SCFC

All images courtesy of SCFC except noted.