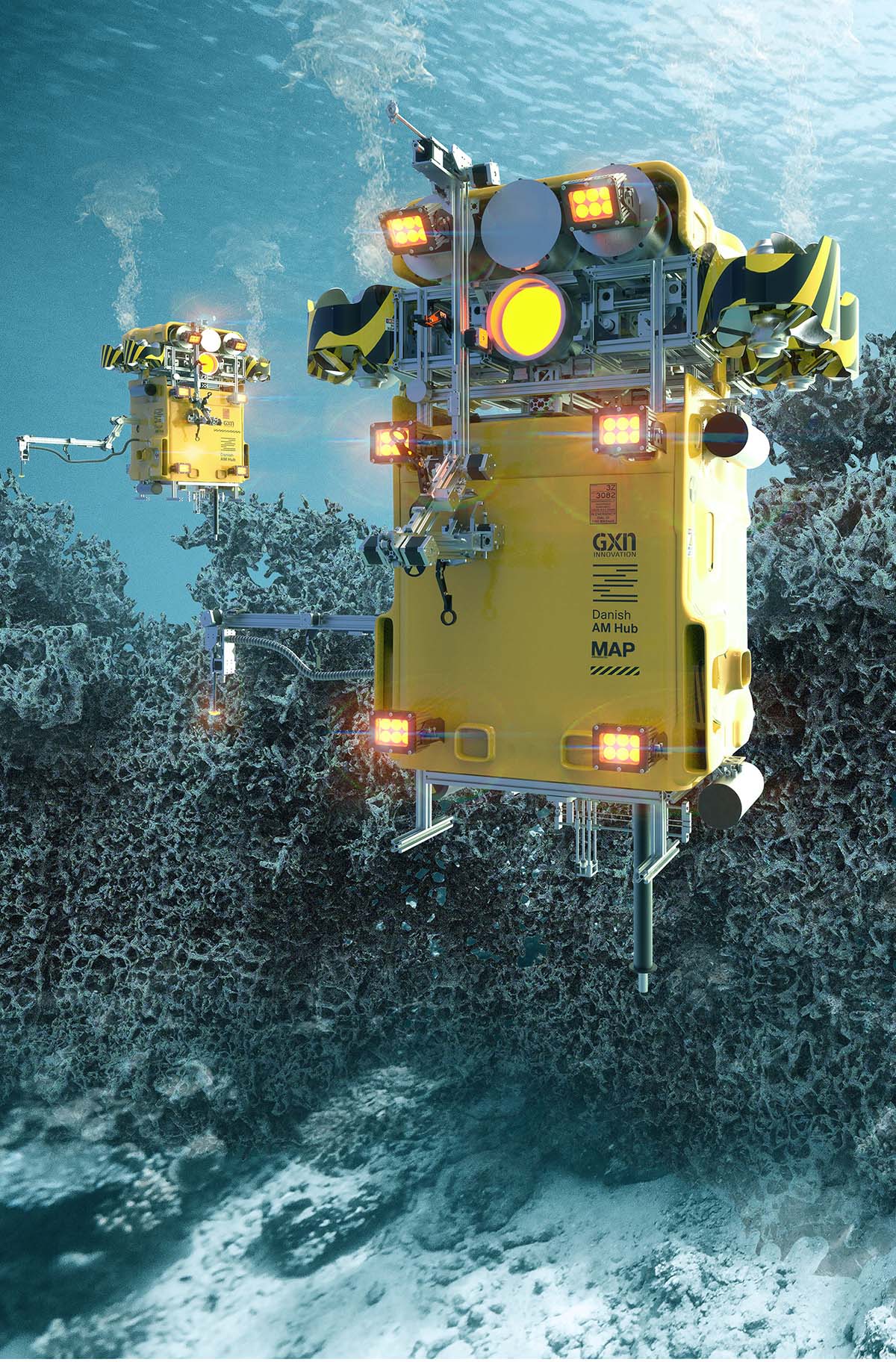 GXN Innovation, the independent research company of renowned Danish architecture firm 3XN, has envisioned mobile 3D Printing Robots, exploring how 3D printers can be made to move autonomously by creating physical and virtual hacks of existing printers in order to meet these global challenges.

Named Break the Grid, the project is developed in collaboration with the Danish AM Hub, Denmark’s platform for digital and additive manufacturing, and Copenhagen-based Map Architects. Buildings, infrastructure and cities across the globe are straining under the combined pressures of explosive population growth and a warming climate.

In this regard, a new research initiative will explore faster, cheaper and more efficient methods of responding to urban, social and environmental change through a series of mechanical and virtual hacks of existing 3D printers.

Break the Grid is part of the Danish AM-Hub Moonshots initiative, which focuses on the power of additive manufacturing technology to create a better world.

The project team identified three distinct scenarios for autonomous additive manufacturing, a crucial element of an imagined near future in which advances in robotics and machine learning have mobilized 3D printers to roam our natural and man-made environments, while solving pressing global challenges. 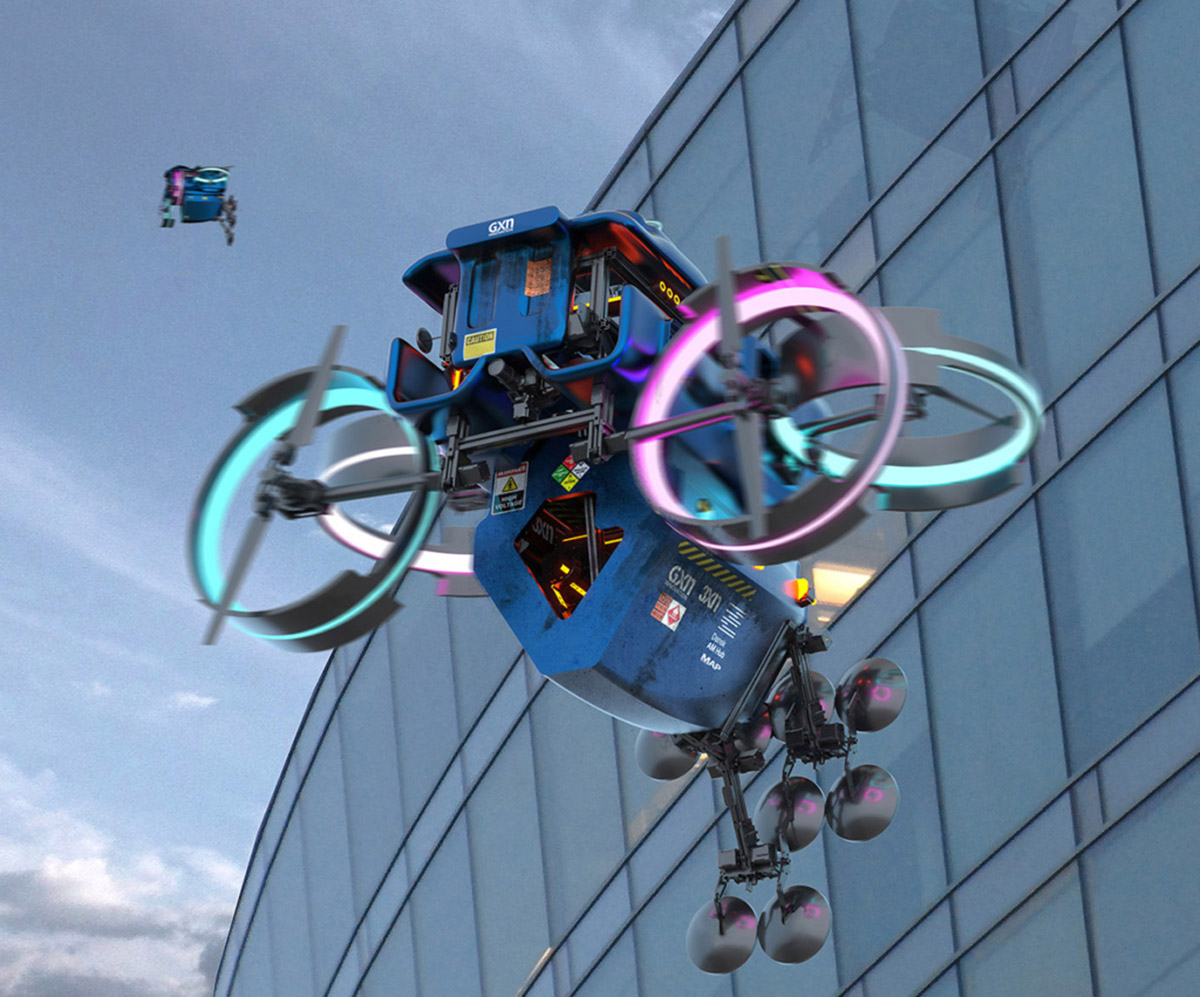 Working along with the Dansk AM Hub and roboticist Teodor Petrov, GXN has created a series of physical and virtual prototypes for 3D printing robots that "break the grid" of traditional additive manufacturing devices. These drones could one day help repair the thermal envelopes of high rises. Image courtesy of GXN.

The team used existing printing and sensing technology to create mobile mechanical prototypes of 3D printers. Based on these prototypes, the team explored virtual hacks for mobile printing on land, under water, and in the air.

"Freeing 3D printers to meet these challenges could be a revolution in the making," explained Kasper Jensen, Founder of GXN. "By enabling 3D printing robots to crawl, swim, and fly, we can address pressing environmental threats around the world at lower cost and with greater efficiency."

One global challenge that the proposal addresses is the current state of deterioration in our global infrastructure. Micro-cracks are a starting point for further damage to concrete infrastructure, as these cracks allow water and oxygen into the structure, leading to corrosion.

The project team hypothesizes that 3D printers can be used to repair these micro-cracks using a porous filler mixed with the fungus Trichoderma Reesei, which promotes the formation of calcium carbonate. Autonomous hexapods, the proposal theorizes, would be able to wander the length of urban and remote concrete infrastructures, scanning for structural integrity and repairing the micro-cracks before they lead to greater damage.

A second global challenge addressed by the proposal is the increasingly damaging effect of climate change on coastal habitats. More than 10% of the world’s coastal populations live less than 10 meters above seal level, and are becoming more vulnerable to coastal storm surges and catastrophic tsunamis. Inspired by a specialized adhesive produced by oysters, researchers have developed synthetic glues with the same properties.

GXN and its partners envision underwater 3D printing ROVs that would mix this glue with ocean floor sands, and create a wet-setting binder used for printing artificial reef structures to protect the coasts and also provide vital habitats for marine life. 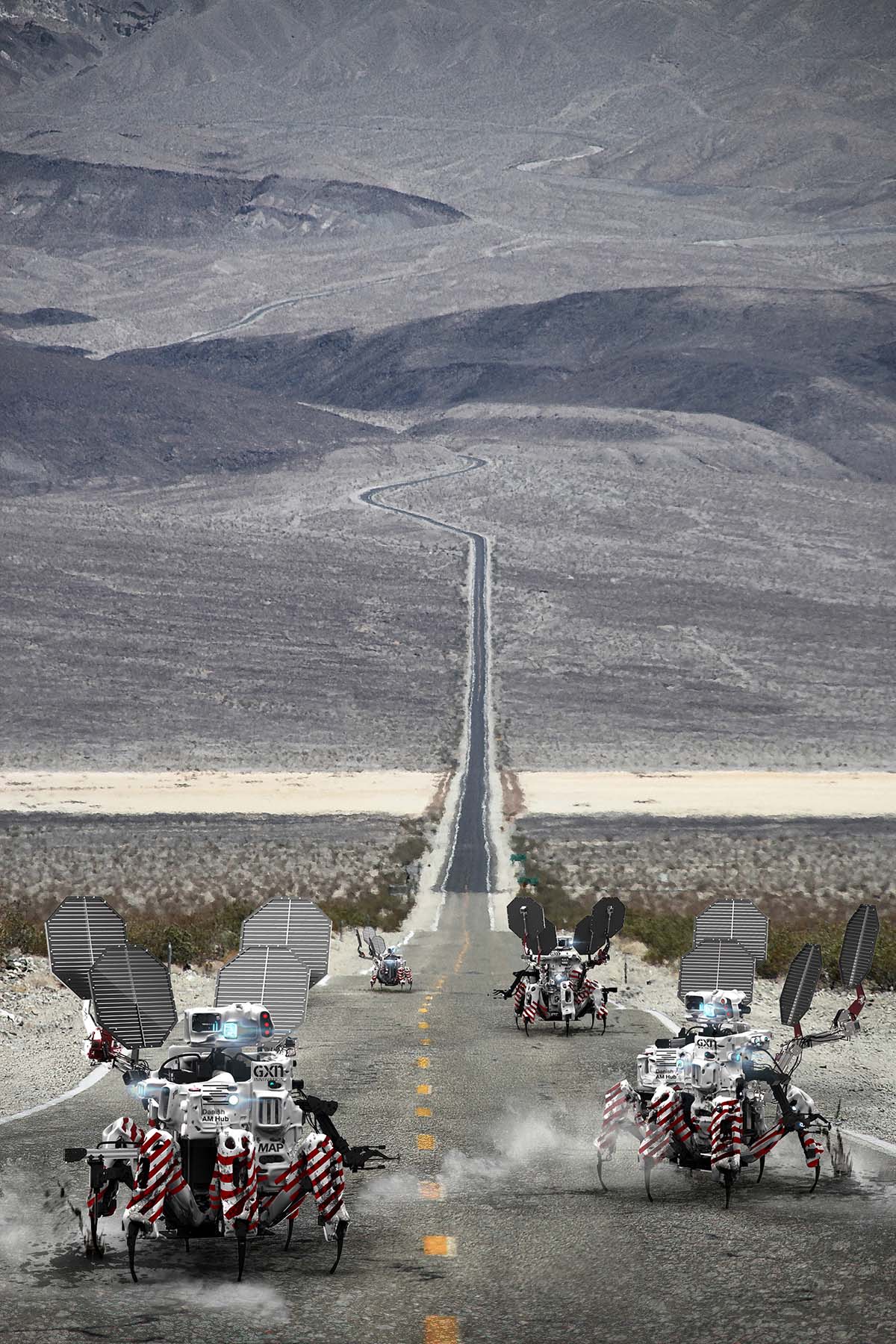 On land, fungus could be 3D printed into micro-cracks to maintain infrastructure and prevent any further damage. Image courtesy of GXN.

The third global challenge addressed is the significant heat and energy loss that results from aging high-rise buildings in major cities. Many existing facades require repair or better insulation to combat degradation and energy loss. Researchers are exploring how functionally graded materials could combine glass with high-performing polymers to provide new thermal insulation to old buildings.

Break the Grid conceives of a drone-based printing system for identifying and filling thermal bridges in these older, high-rise buildings, allowing for efficient material-based solutions on a case by case basis, with lower investment requirements and minimal human interaction.

"We hope to inspire the additive manufacturing industry to envision new possibilities, which will require combining design and technology to shift our values and our current ways of thinking."

GXN Innovation was established in 2007 as the independent research company of 3XN architects. GXN seeks to advance new approaches to environmentally beneficial design in all its diversity and across its material, technical and social dimensions.