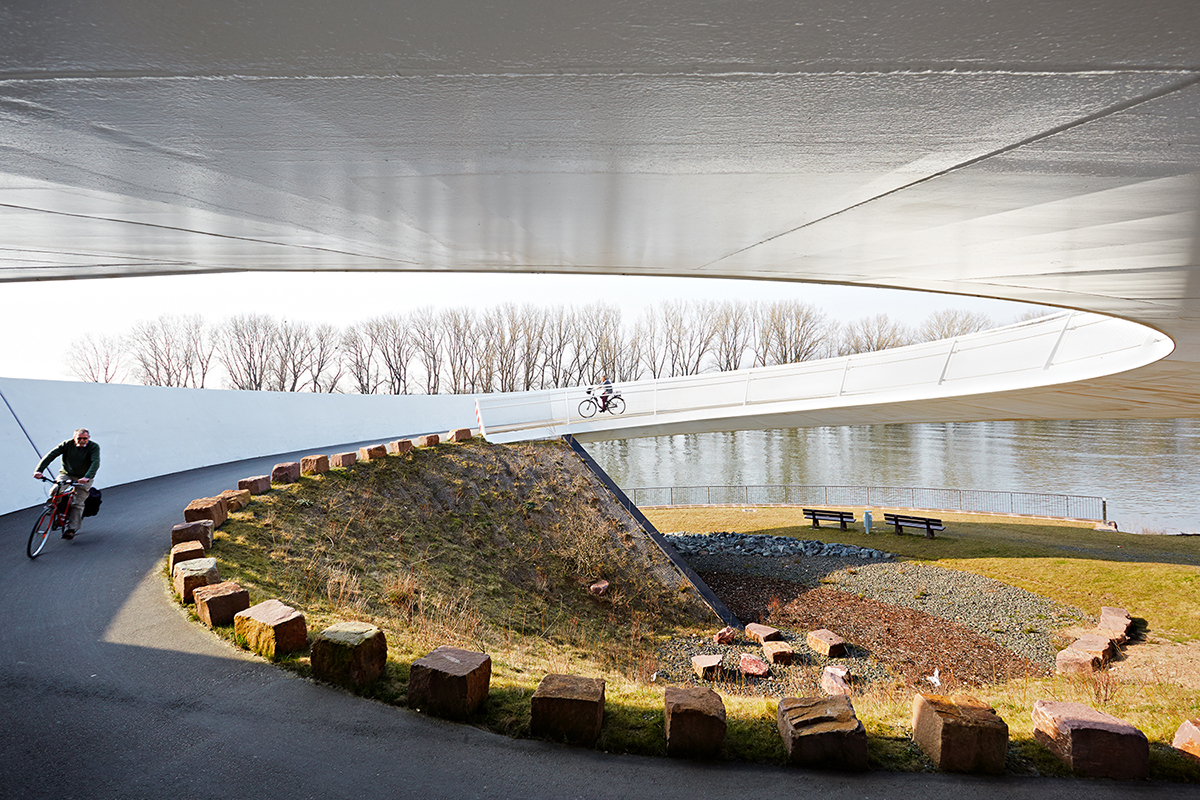 The Bicycle Architecture Biennale (BAB), curated by NEXT architects, has been opened on Monday 17th June in Amsterdam and the event is the second annual festival organized as a showcase of cutting edge, visually striking and high profile building designs that are facilitating bicycle travel and transforming communities around the world.

The Biennale is conceived and run by BYCS, an Amsterdam-based social enterprise that works internationally to accelerate cycling progress. 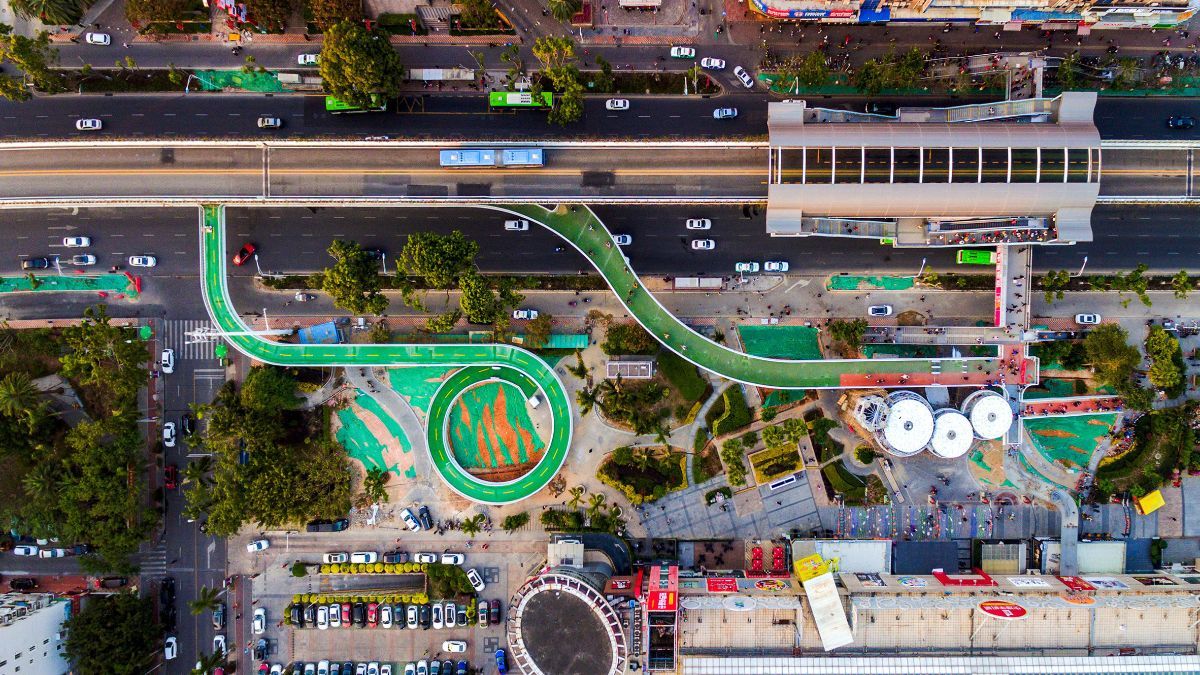 The event will showcase a total of 15 projects - from nine countries. Projects were selected on their ability to demonstrate how design solutions can go beyond the functional, and also lead to healthier lifestyles, more inclusive communities, a cleaner environment or a more sustainable economy. Organisers hope it will inspire new ways of thinking about how to create cities fit for the future.

The projects in the BAB are comprised of curated projects, along with - for the first time - projects selected from a global open call application. 11 of the chosen projects are fully constructed designs, whilst four are design concepts or plans. 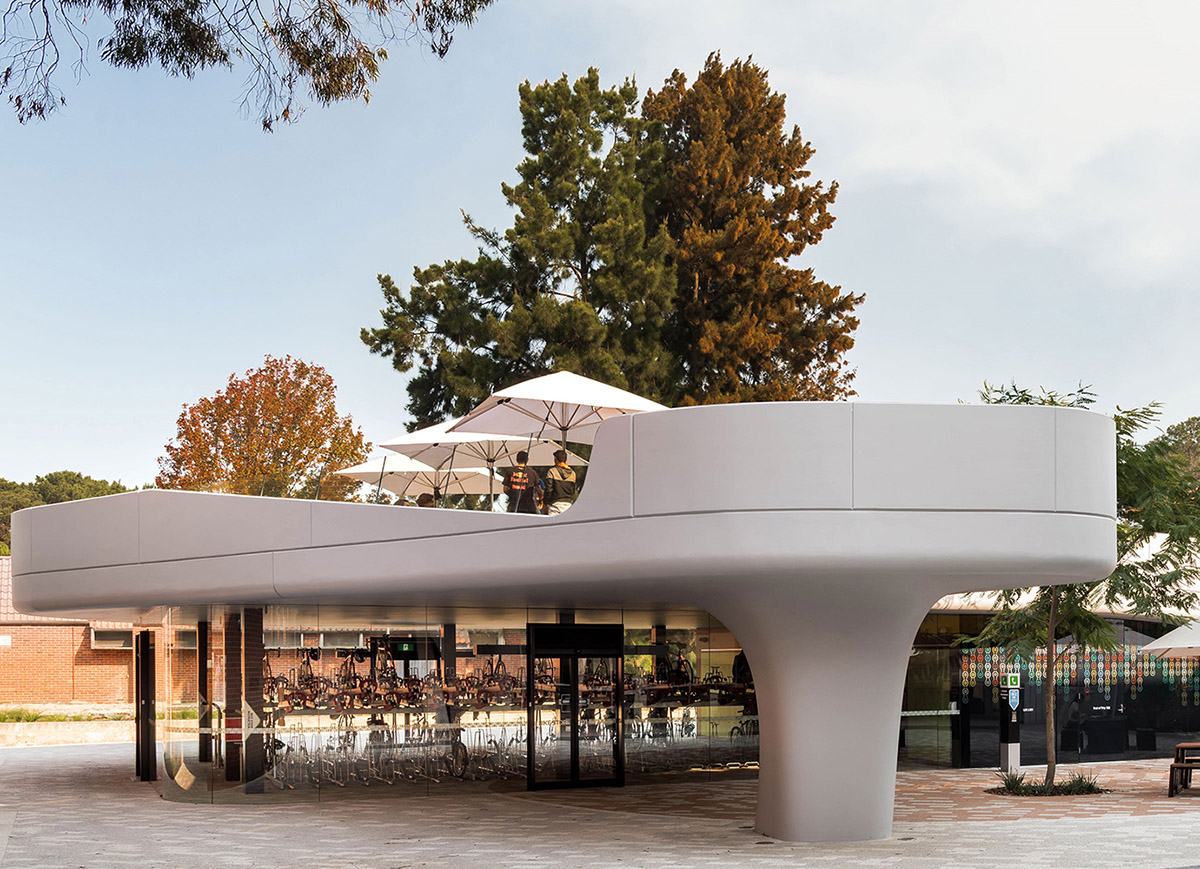 The exhibition is organized by three themes: Routes, Connections and Destinations. These themes reveal the variety of ways that cycling transforms people and places, and try to convey the balance between moving and staying that bicycle architecture employs to create thriving, livable places.

"We proudly present some amazing achievements in the field of bicycle architecture; the designs convey the balance between moving fast and healthily but also slowing down to create thriving, livable places. Bicycle architecture can be used to experience the environment in the form of routes, to bridge barriers in the form of connections, and to create destinations where people and cultures come together," said Bart Reuser, founding partner at NEXT.

"Most encouragingly, the selected projects not only come from places with mature cycling cultures but also from places that lack that ideal context but are still showing what is possible. That makes us hopeful that inspiring examples can arise everywhere." 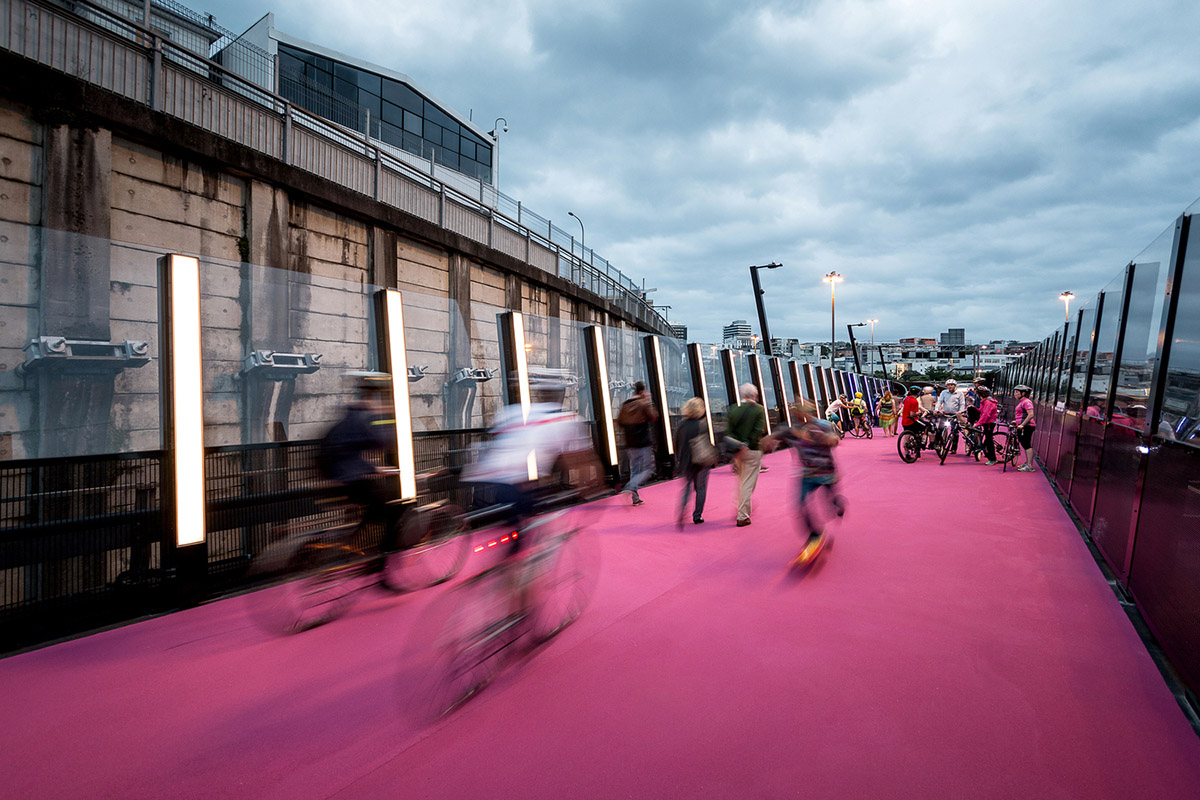 Selected projects include 4 from the Netherlands, a country still leading the global cycling movement, with around 43% of people cycling every day.

Bicycle architecture there is helping to facilitate the ever-growing number of cyclists, and integrate cycling more seamlessly into every aspect of urban life. Projects include the groundbreaking bike parking at Utrecht Central Station, the largest in the world, soon with space for 13,500 bikes. 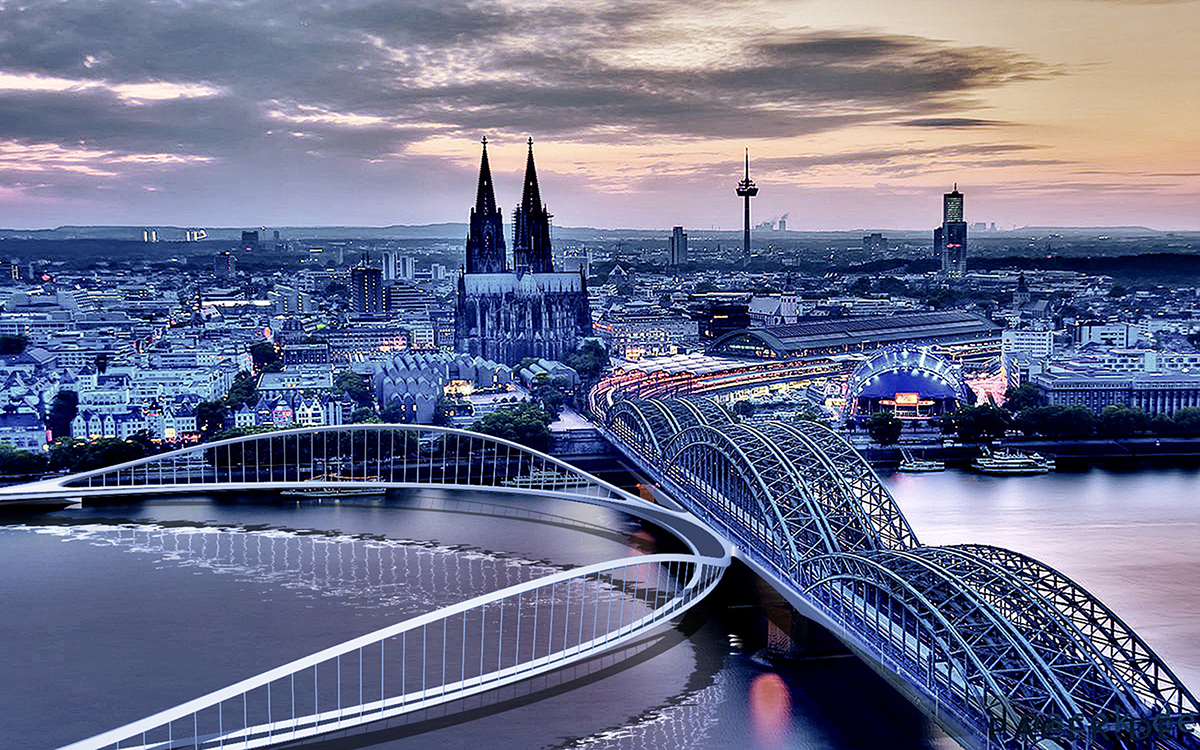 Projects also come from communities where architecture performs a more inspirational role, revealing the many benefits of prioritising cycling if more support is given. This includes the iconic Bicycle Skyway that carries riders on an elevated 8km path through the city of Xiamen in China.

"Cycling is much more than a transportation solution for cities. By improving mental and physical health, addressing air pollution and climate change and by bringing communities together in dynamic ways, it is also a powerful force for transformation. 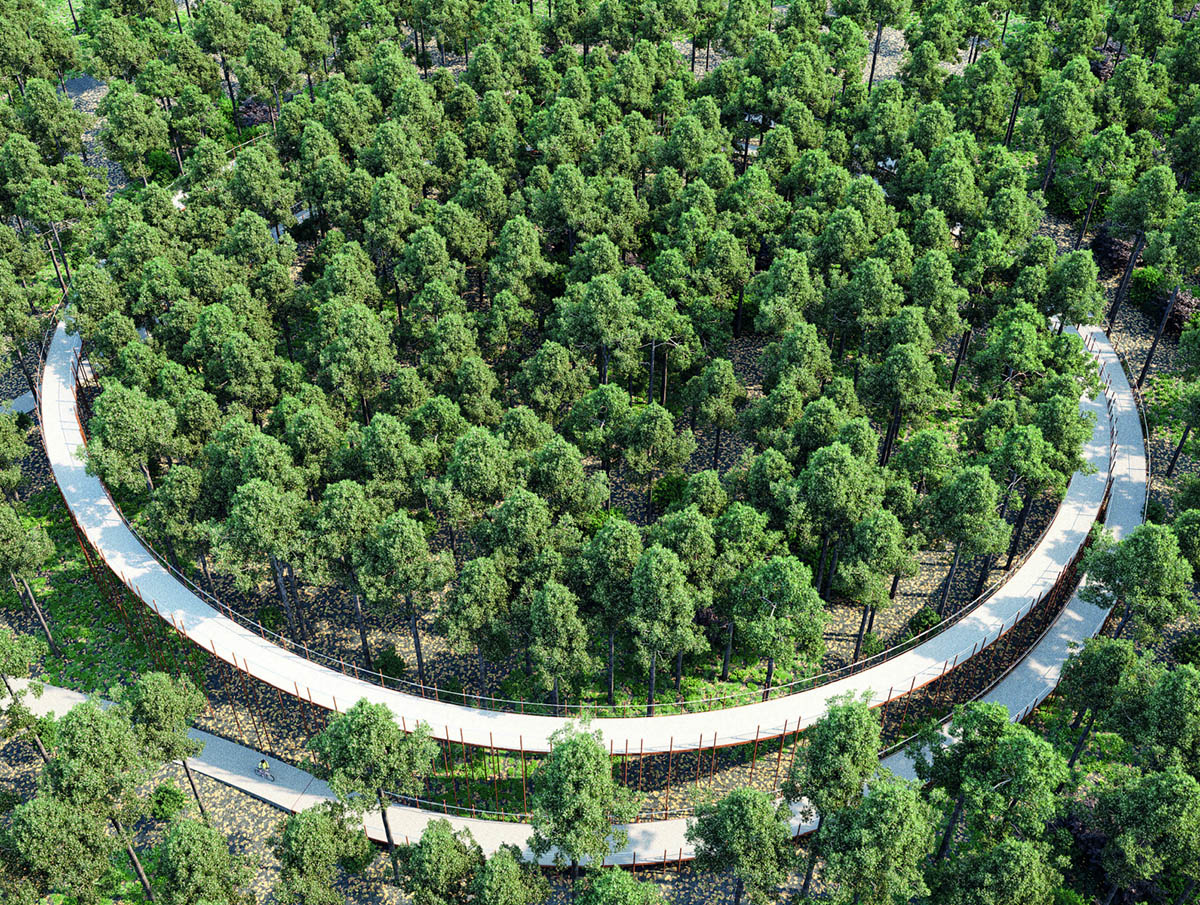 Every city or neighborhood has the potential to become a success story through cycling. With this biennale, we want to offer the inspiration to make that happen, so we hope many cities will take up the offer to host the BAB on its international tour," said Maud de Vries, CEO at BYCS. 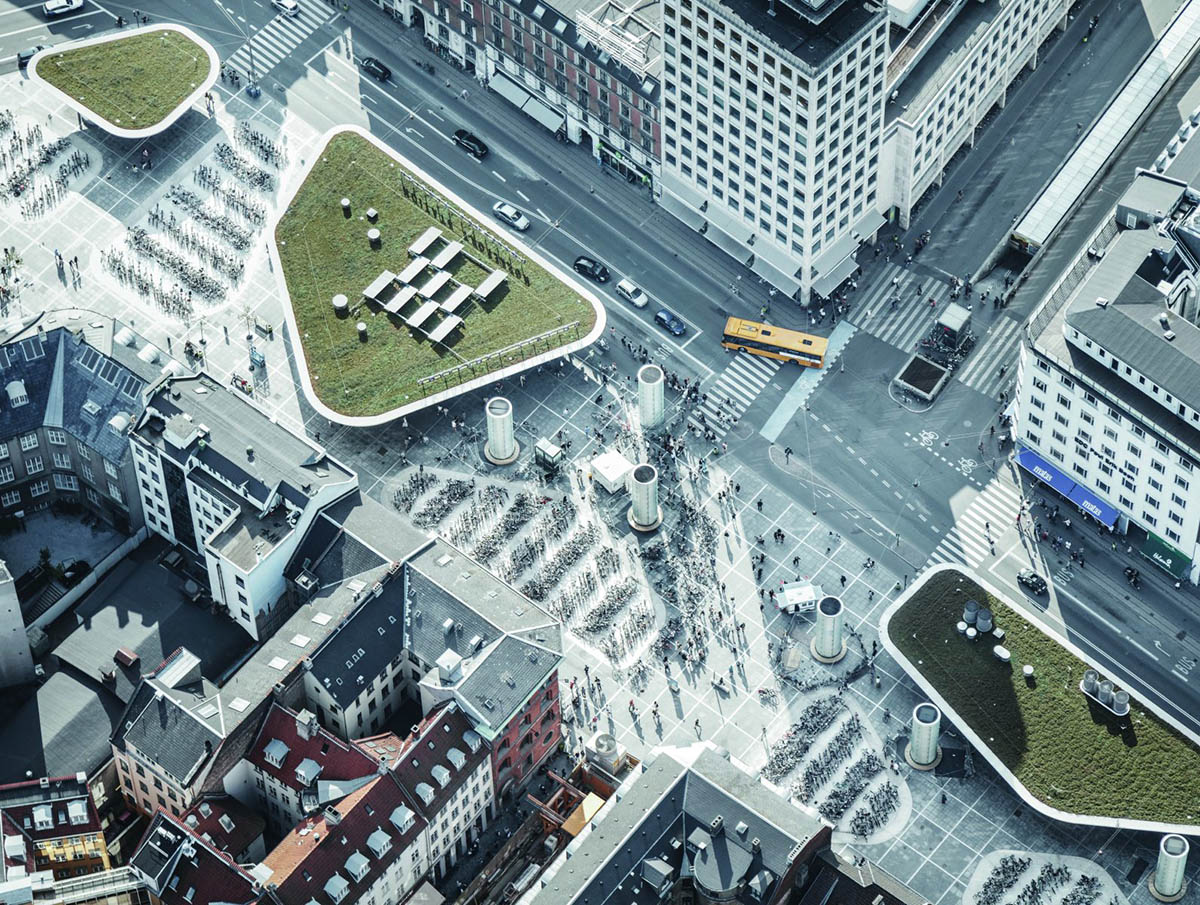 The BAB will form a flagship event next week at WeMakeThe.City, Amsterdam’s multi-venue citymaking festival. It is on display at Circl, in Zuidas from 17 to 21 June. It will then tour internationally at major architectural and citymaking events. Cities or organizations that wish to stage the BAB in its two year run are encouraged to contact BYCS.