The country house between tradition and contemporary 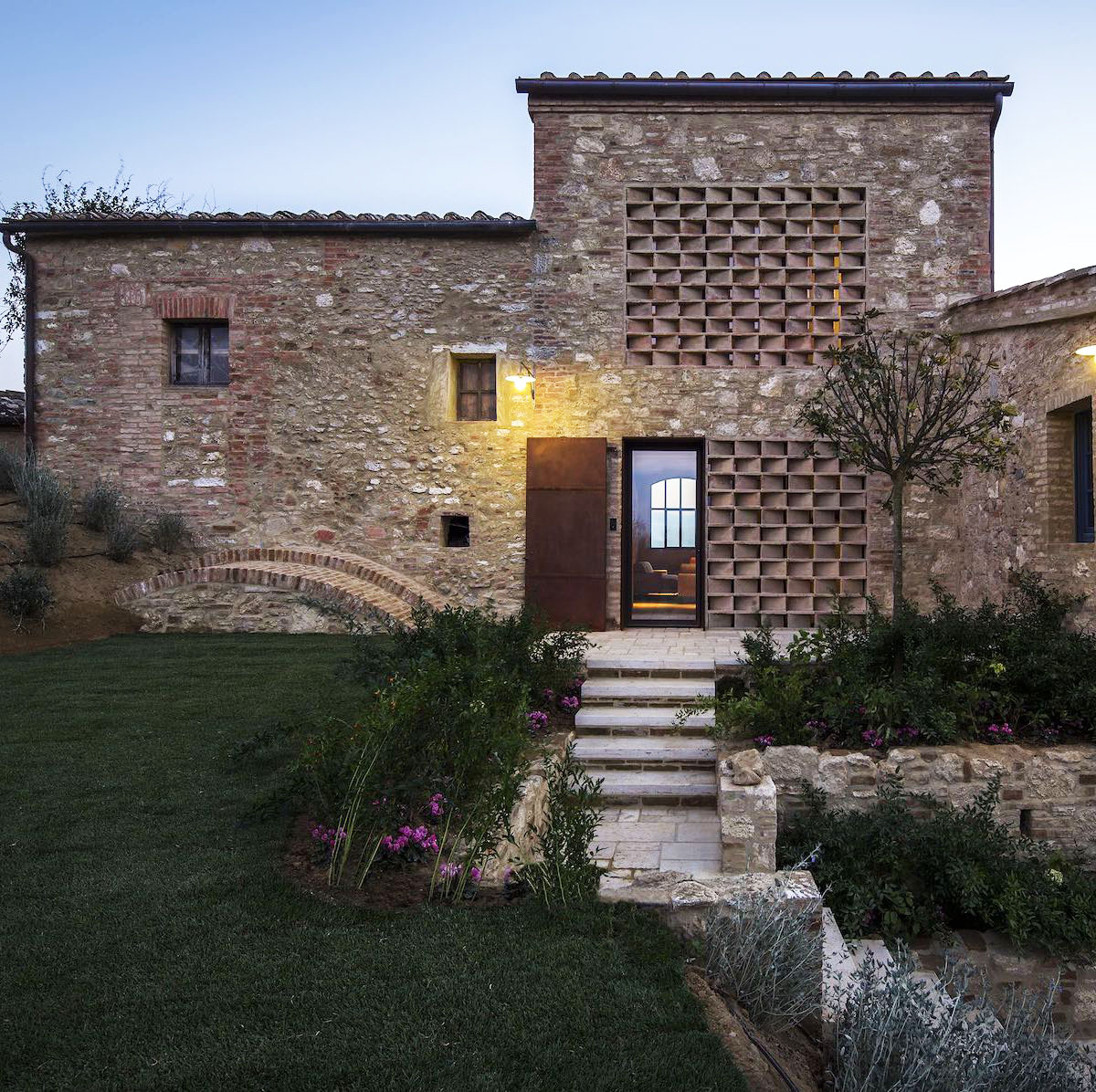 In the landscape just between Emilia Romagna and Tuscany there is our wanderings in search of places, people and traditions to share, we discovered a farm just past the Emilia border, in splendid Tuscany more specifically; in the Siena countryside a country house can perfectly match Italian tradition and contemporary architecture.

The cottage is called "Podere Navigliano" and it was renovated by Ciclostile Architettura, a studio of young architects based in Bologna. 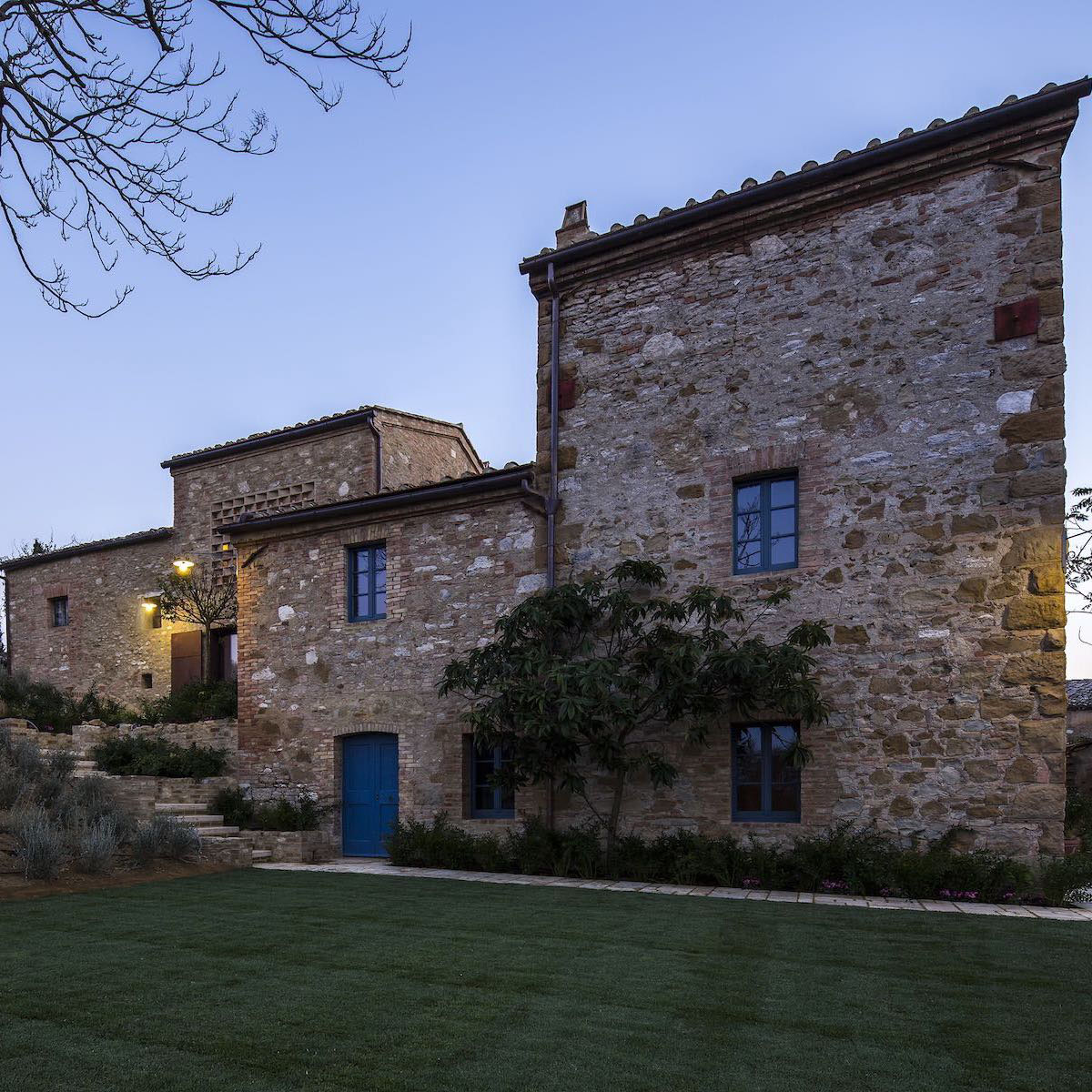 Podere Navigliano is an antique tuscan farmhouse in the heart of Sienese Clays where nature and history are the undisputed protagonists. This project is the evolution of thought Smallness that characterized all previous projects of the office.

In this case, especially the materials but also the attention to the historical context and the environment are at the heart of the project; the reinterpretation of traditional elements has allowed to find a new language, a new aesthetic inseparably linked to the tradition. 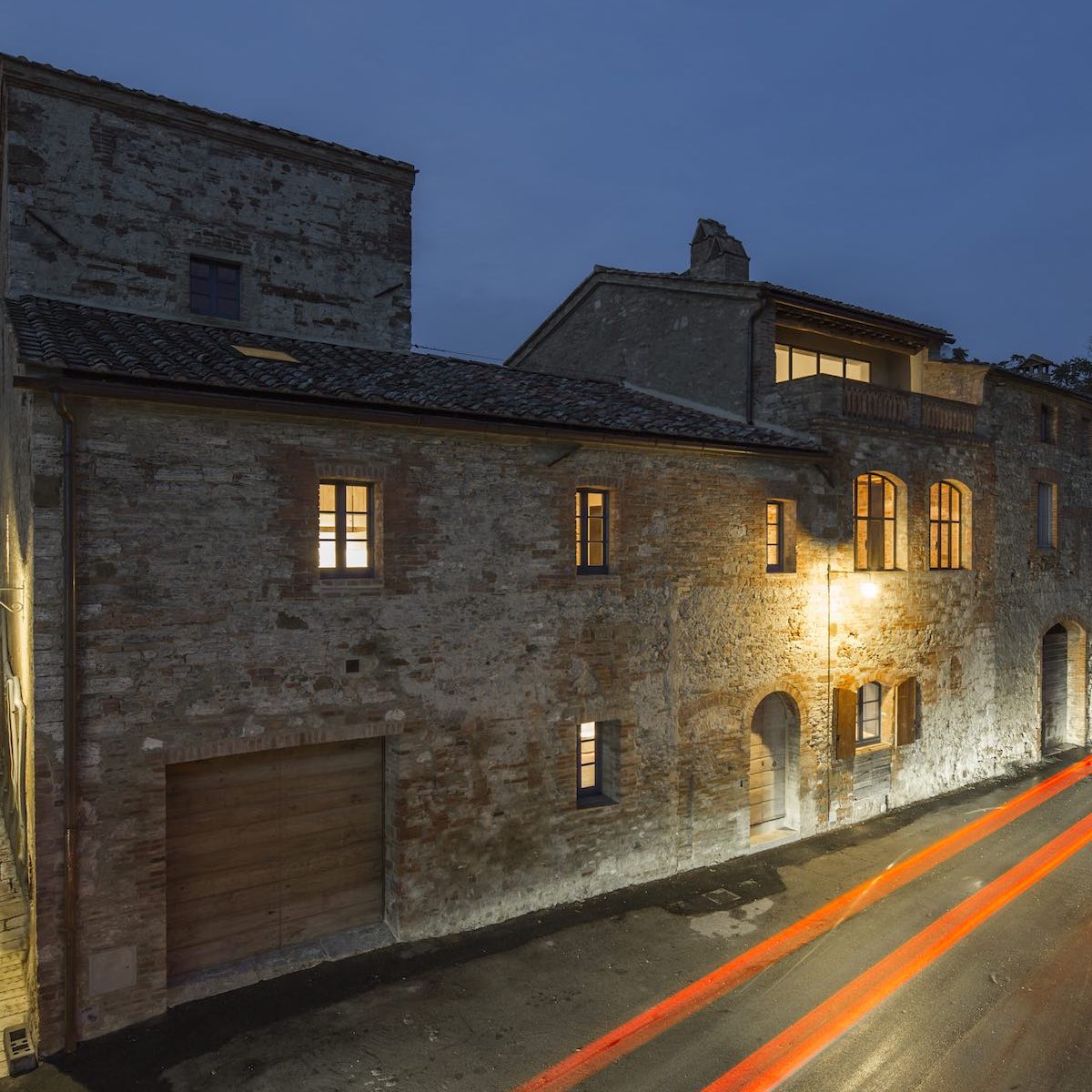 "Smallness" in this context means the ability to find, edit and innovate materials, construction techniques and technologies specific of the site. The design effort was aimed at the definition of a project that can interact with the environment and the tradition but at the same time, to create a surprise showing a new beauty, and rediscovered in the elements of tradition itself. 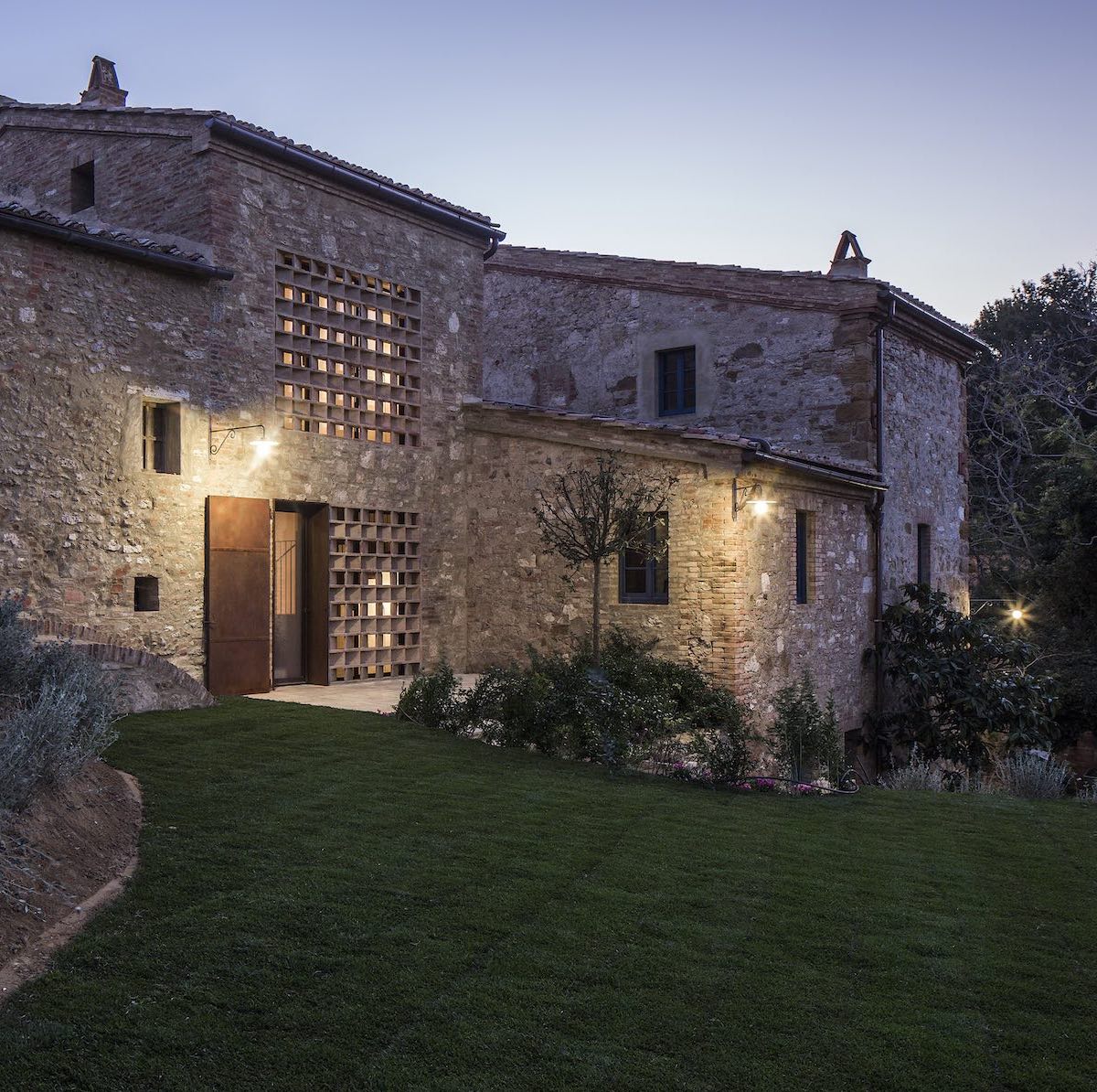 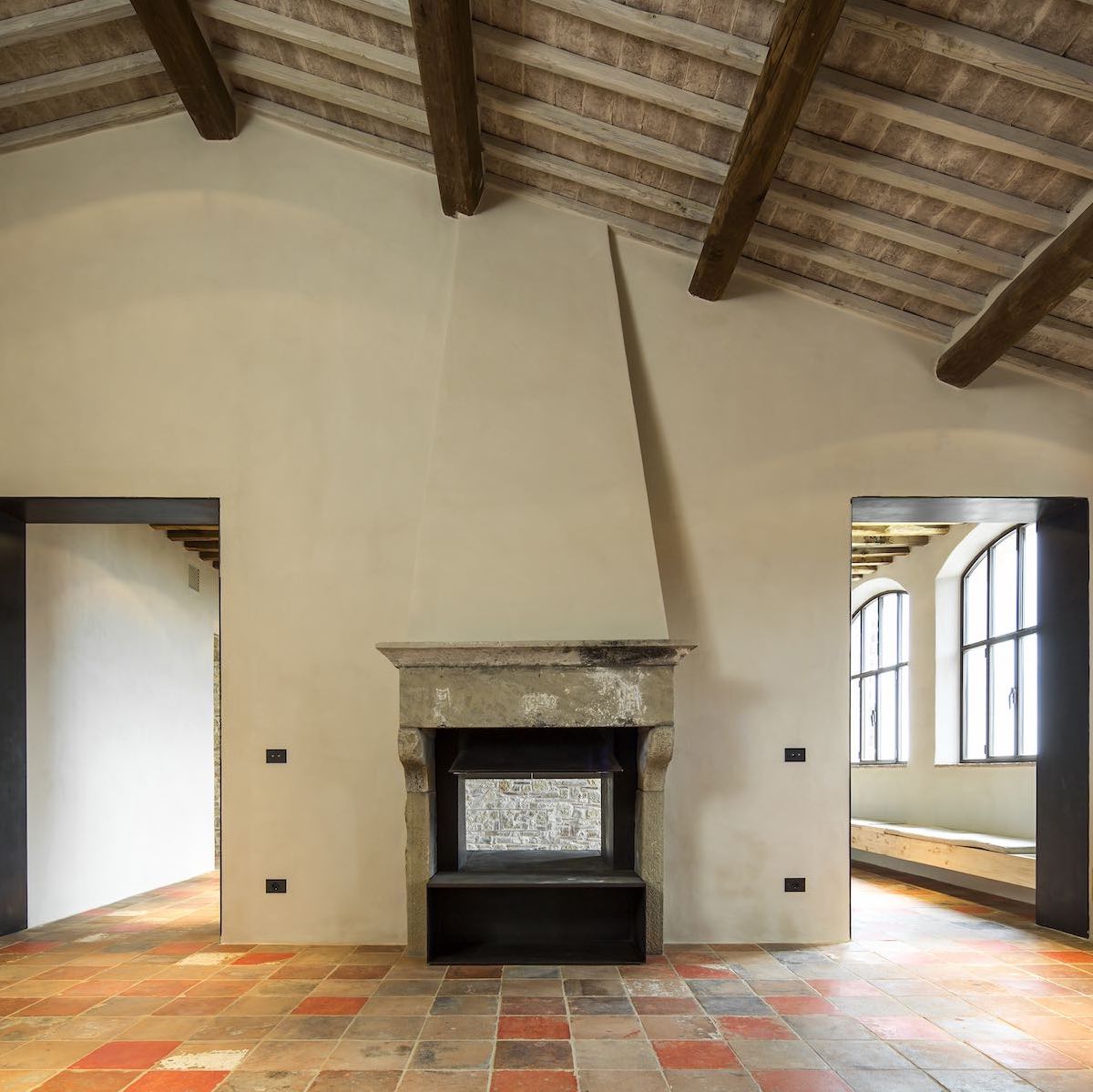 "On the ground floor, intended for local service, was selected the resin that is adopting the previous clay pavement and well suited to the new features," said the architects.

"In the living area on the first floor had originally brick floors of low quality, following the demolition of all interior floors for structural reasons, it was decided to revive the brick; our research has led to the choice of different stock of brick recovery of the same size mixed in a new pattern to obtain a more appearance," added the firm. 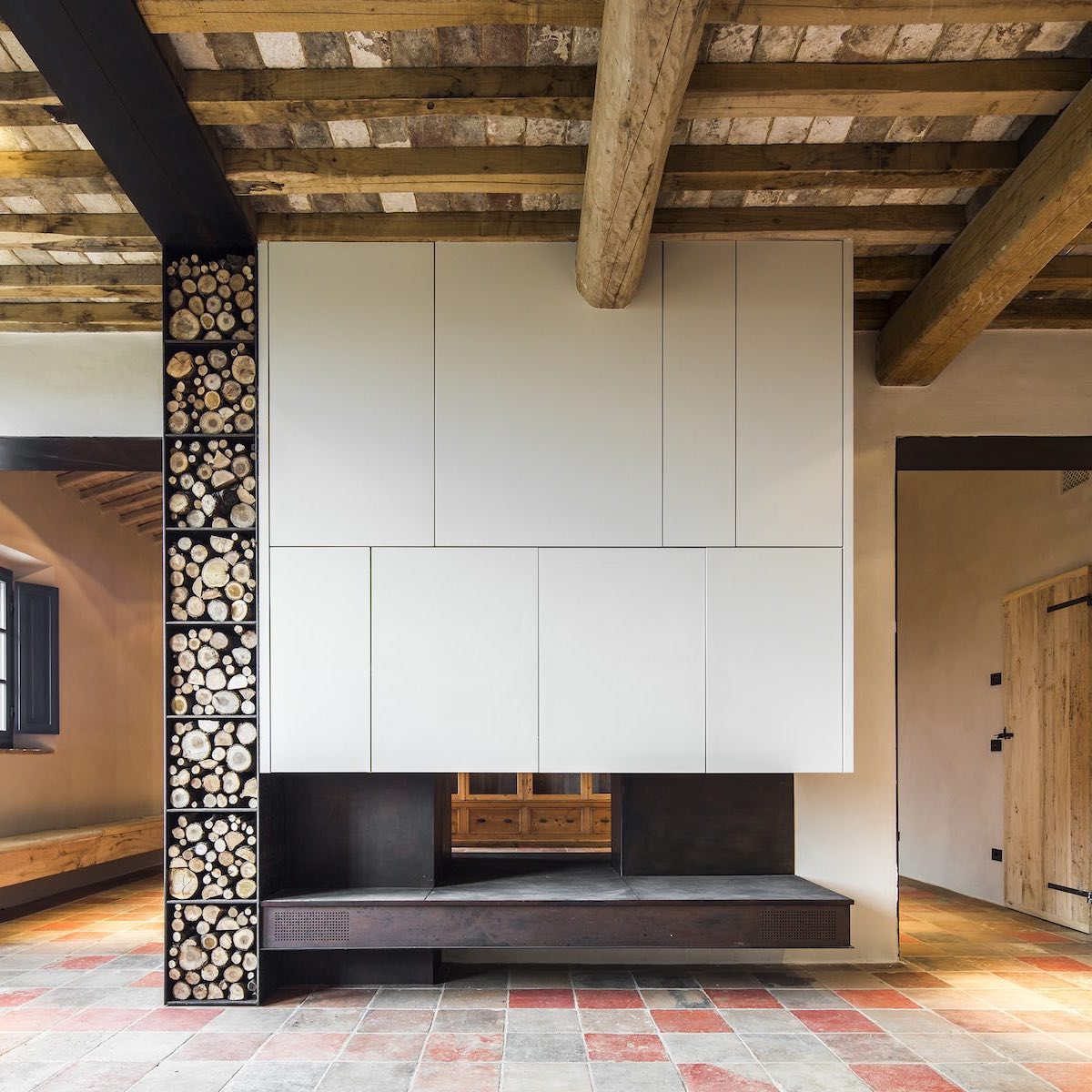 On the first floor and the second floor, in the bedroom, they tried to reinterpret the tradition of woodworking proposing a cross and a diamond design recreated with the same logic of the brick floor, by assembling elements from wooden planks recovery of different essences, thus obtaining a pattern varied and uneven.

All the walls are finished with natural lime lying in traditional way in an irregular manner; to emphasize the beauty of the material has been chosen was decided not to paint the walls but to let the natural colour of lime. 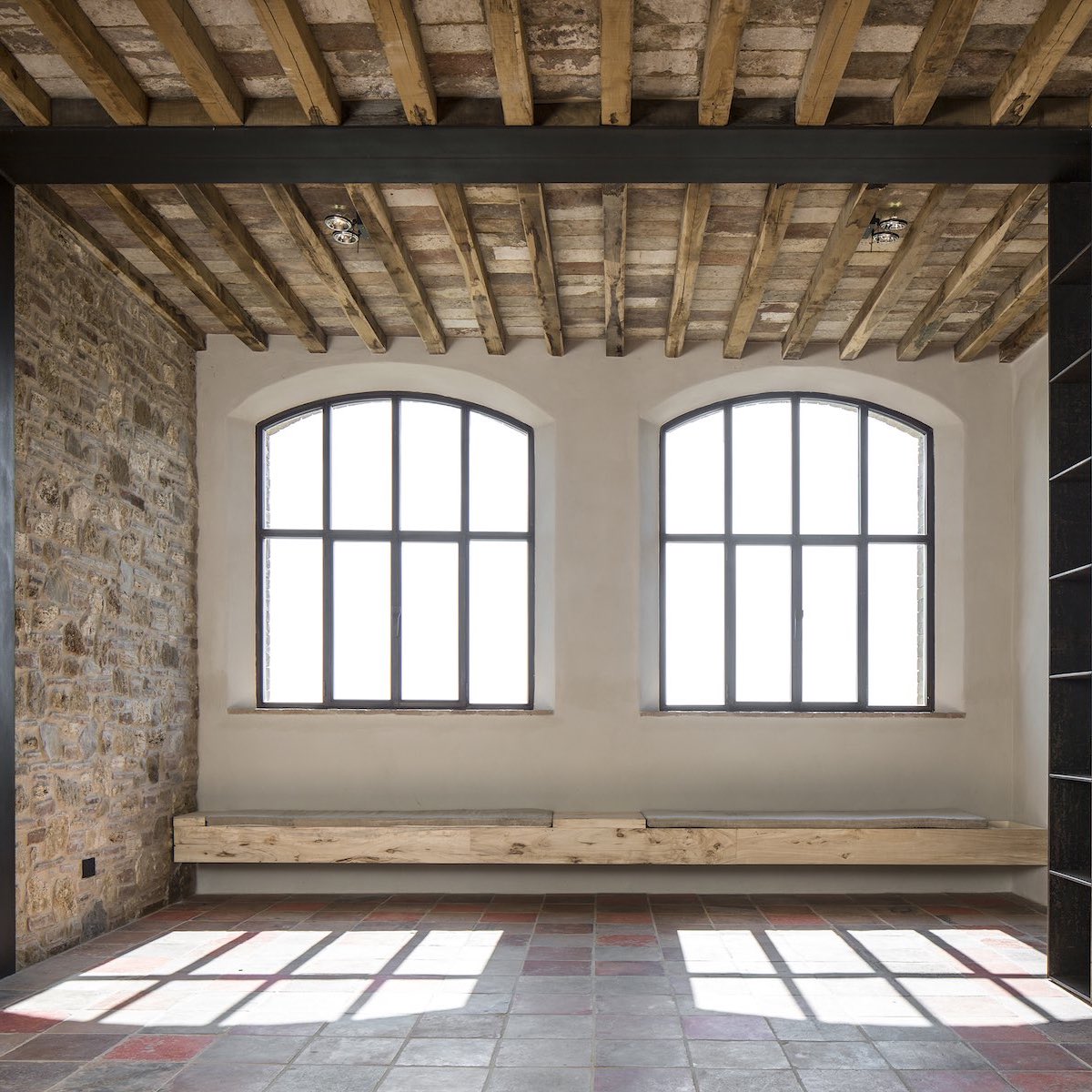 All external facades have been treated and restored with the same lime and reproduce the aesthetics of its place except the facade of the main entrance that for structural reasons, it was rebuilt, in this case it was decided to change the system facade by inserting the element of jealousy used to illuminate the stairwell behind. 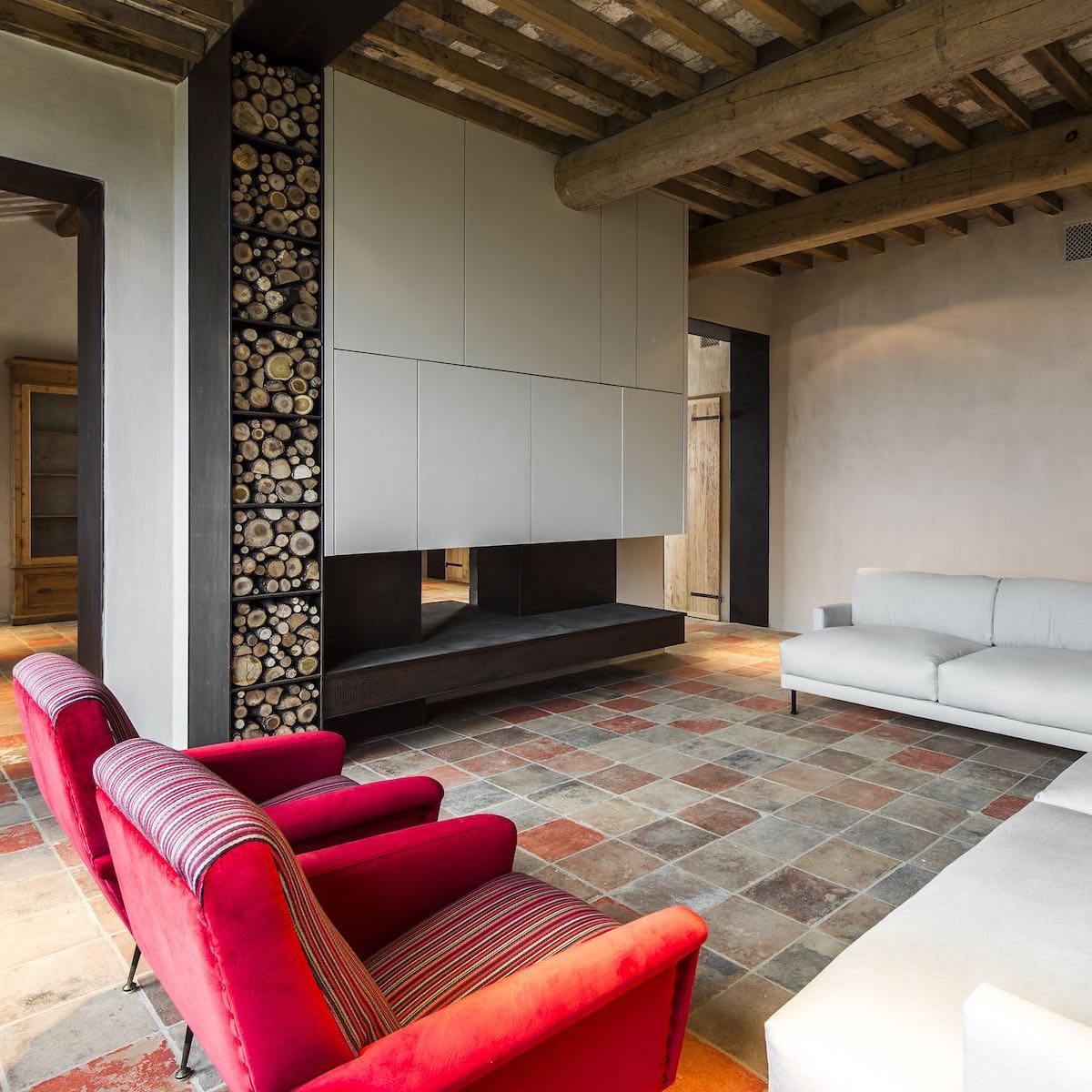 The project has involved the renovation of a farm of 600-square-metre spread over three levels: a ground floor that was used as a stable and service areas for agriculture, a first floor that housed two apartments and a second floor, consisting of two turrets, at the service of the apartments. 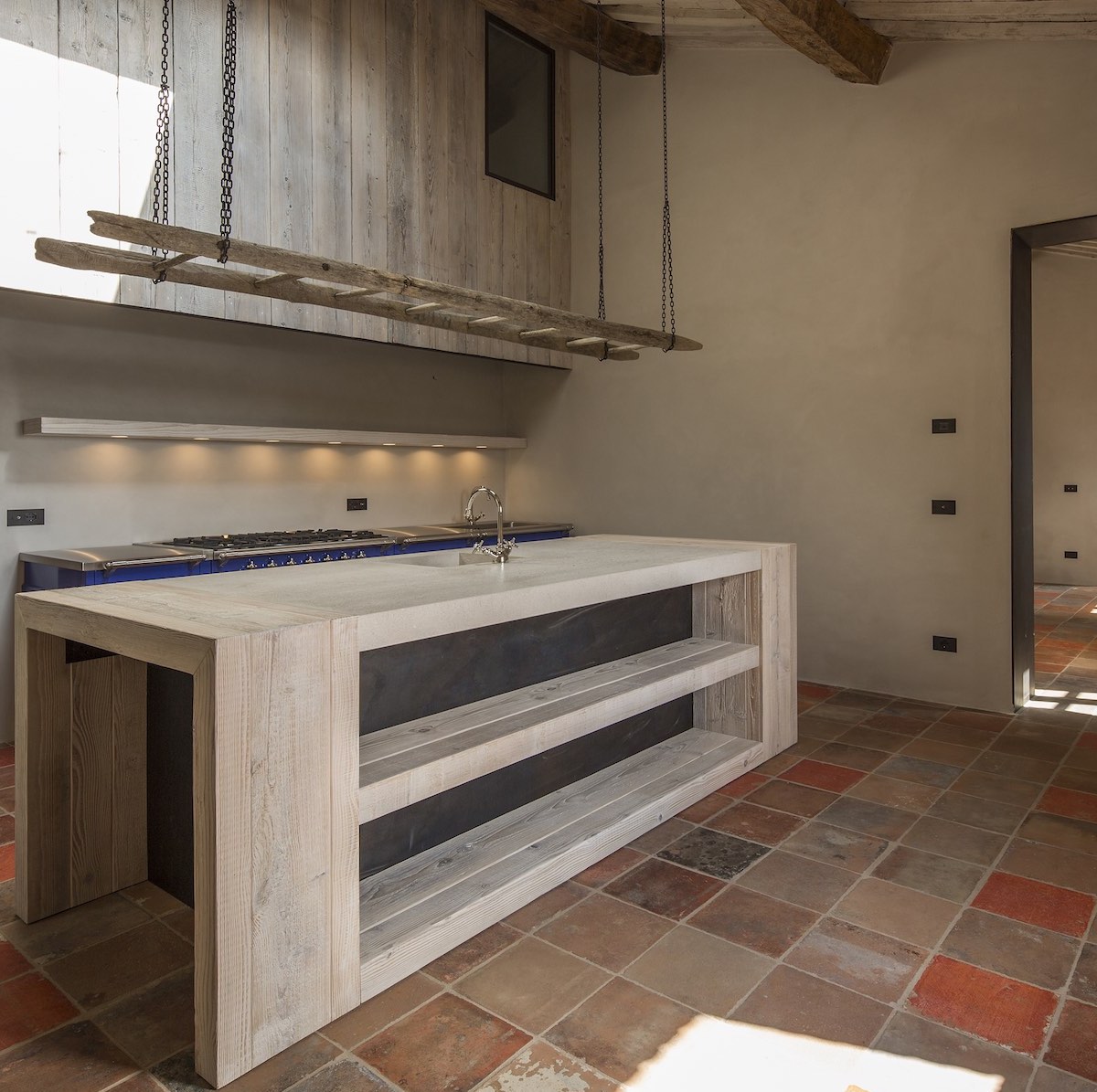 Through a new arrangement of the interior was recreated a single dwelling trying to respect the essential characteristics of the traditional type, which is why in the ground floor have been localized service spaces (tavern, laundry, SPA, garage), in the first floor the living area that overlooks the valley to the south and two suites that overlook the most intimate private garden, in the two towers were located the most valuable suites. 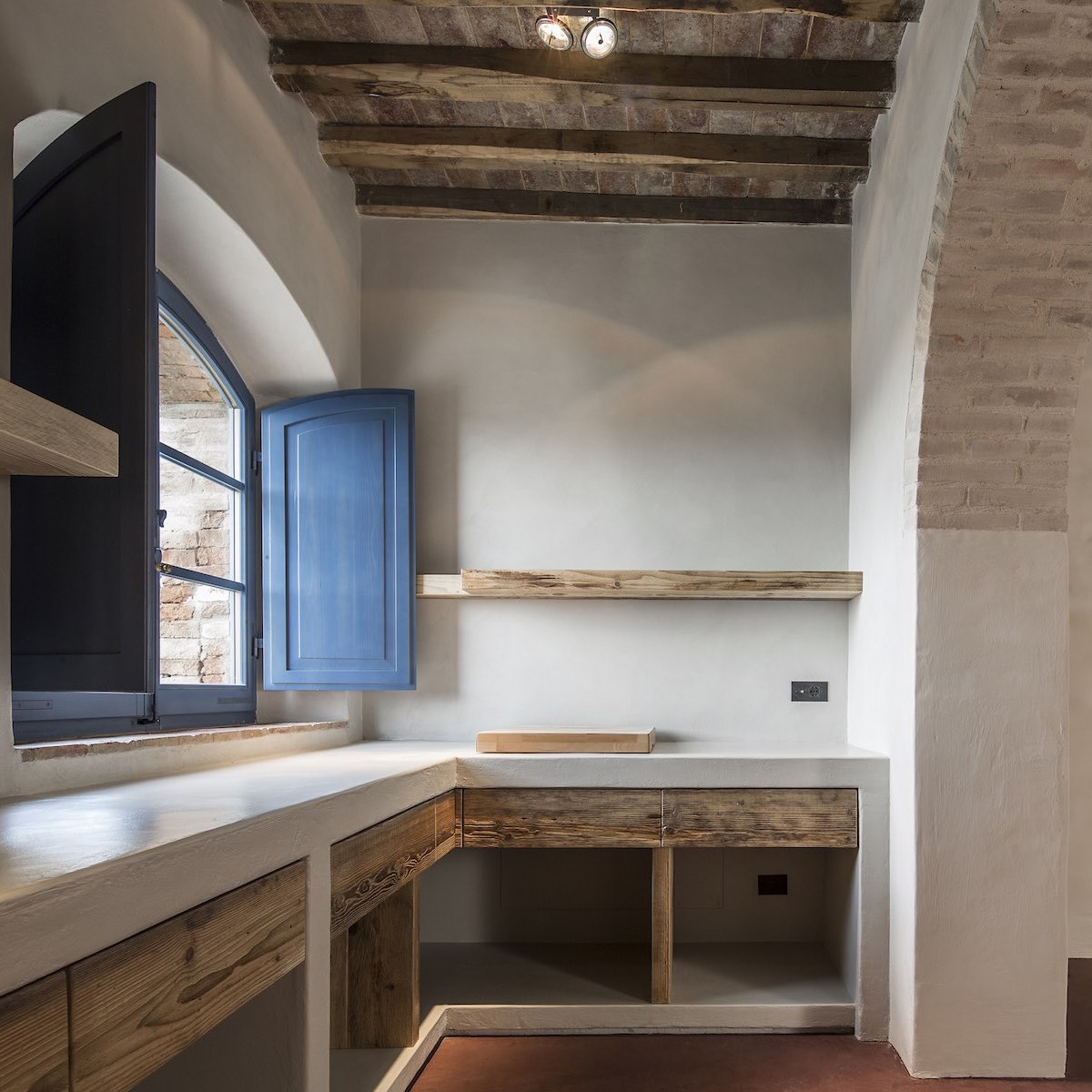 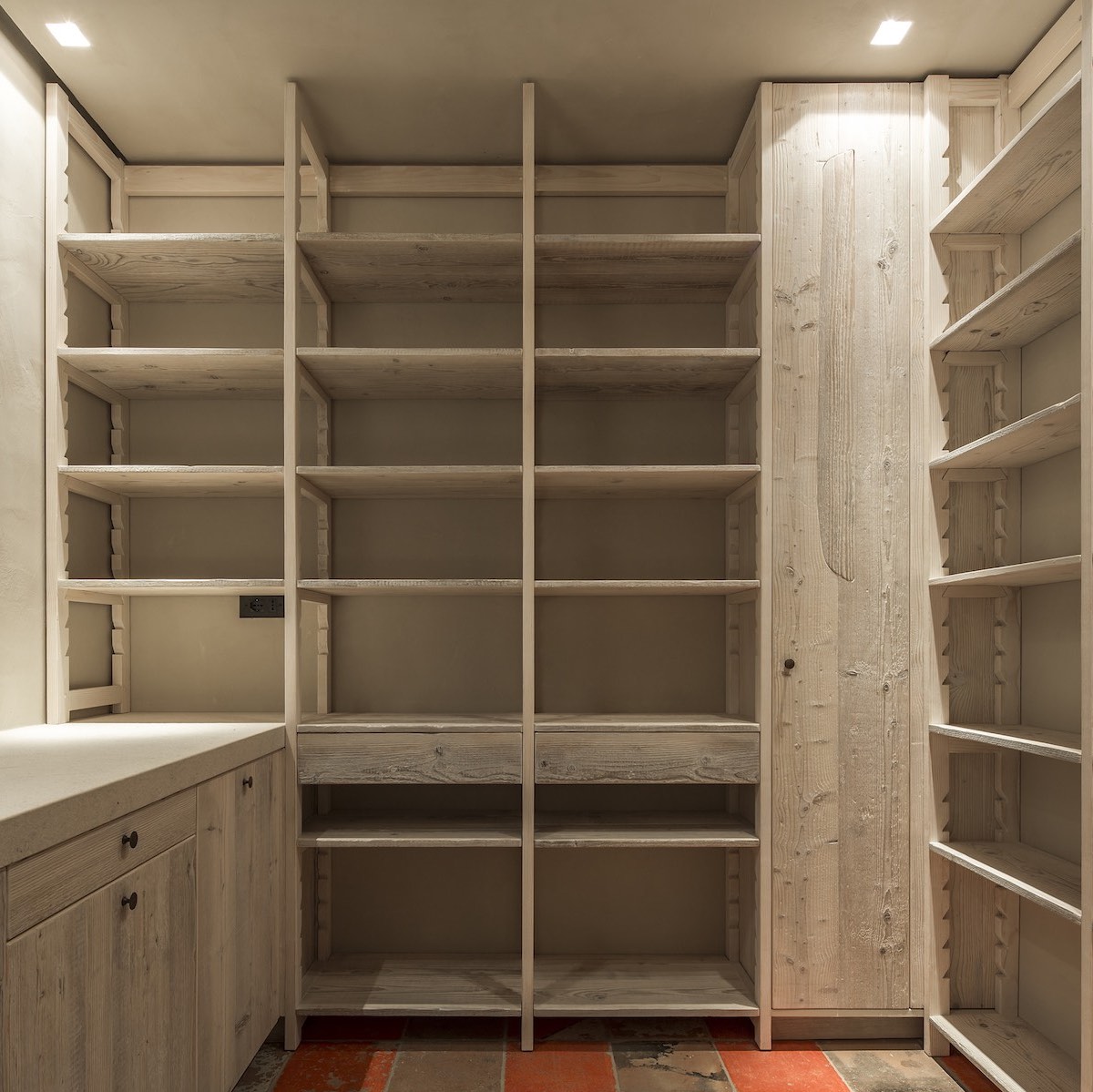 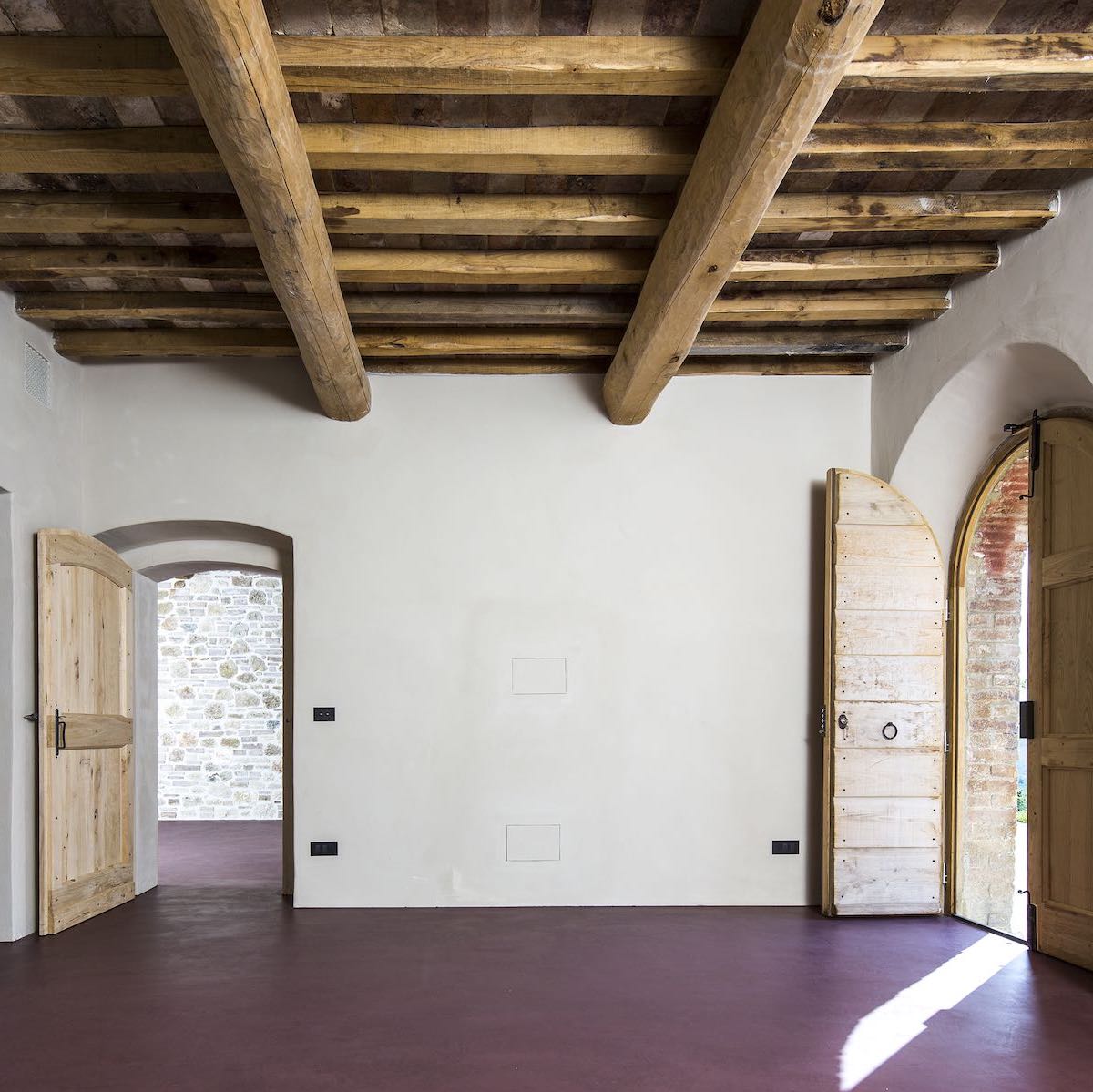