The Frank Gehry Papers cover more than thirty years of his singular career and includes comprehensive material on some of his best-known projects. The acquisition is part purchase and part gift.

''Frank Gehry is undoubtedly the world’s most famous living architect. This extensive archive, covering the first three decades of his illustrious career, offers an in-depth look at the genesis of Gehry’s distinctive style and includes many of the projects for which he is internationally known,'' said Thomas W. Gaehtgens, director of the Getty Research Institute. ''The Getty Research Institute’s architectural holdings, especially in modern and contemporary architecture and design from the West Coast, are unparalleled and widely used. This standout addition connects with threads throughout these collections, and I’m sure it will quickly become an indispensable resource for researchers and curators. At the Getty, we have enjoyed a long, fruitful relationship with Mr. Gehry for many years, and we’re so proud to give this archive a home and to further his rich legacy.'' 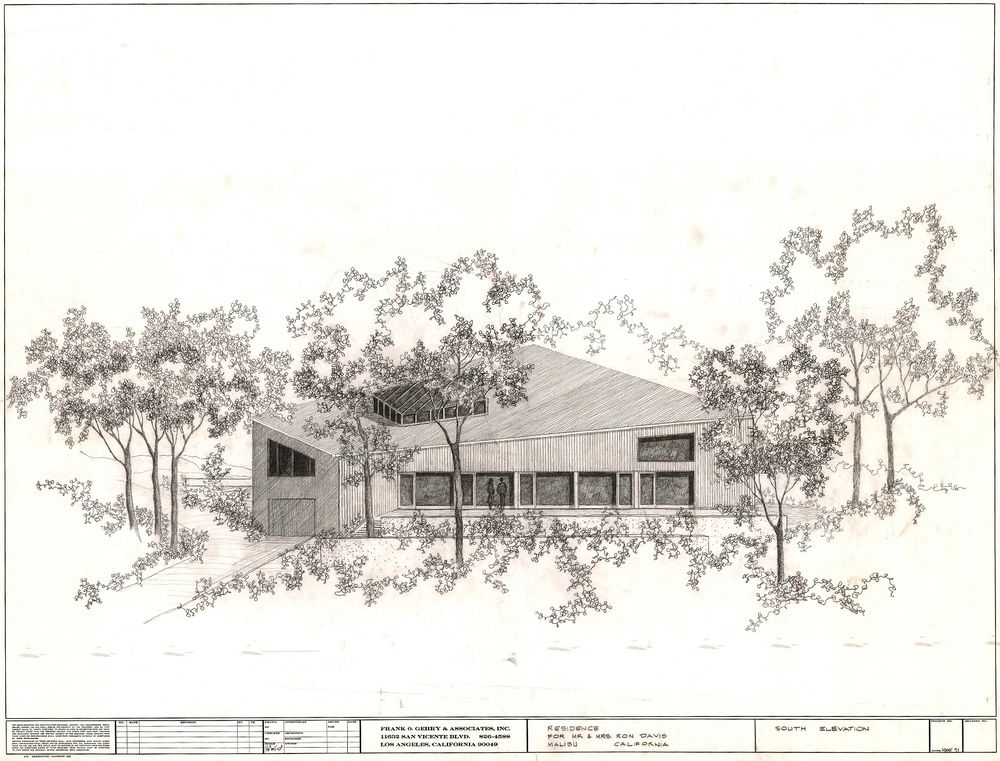 The archive encompasses the period from Gehry’s early graduate studies to the 1988 competition entry for the Walt Disney Concert Hall, the success of which marked Gehry’s entrée into a global architectural elite. (Gehry won the prestigious Pritzker Architecture Prize the following year, in 1989.)

The collection also includes materials produced after 1988 for projects which were initiated before that date, including construction documents and models for the Disney Concert Hall (completed in 2003), early design drawings for the Grand Avenue Project (still in development), and materials relating to later phases of projects which had begun much earlier (Loyola Law School, 1520 Cloverfield, and the Gehry Residence in Santa Monica, to mention a few). In total, these documents offer a comprehensive portrait of the emergence and rise to prominence of Gehry’s architectural practice over a 30-year period. 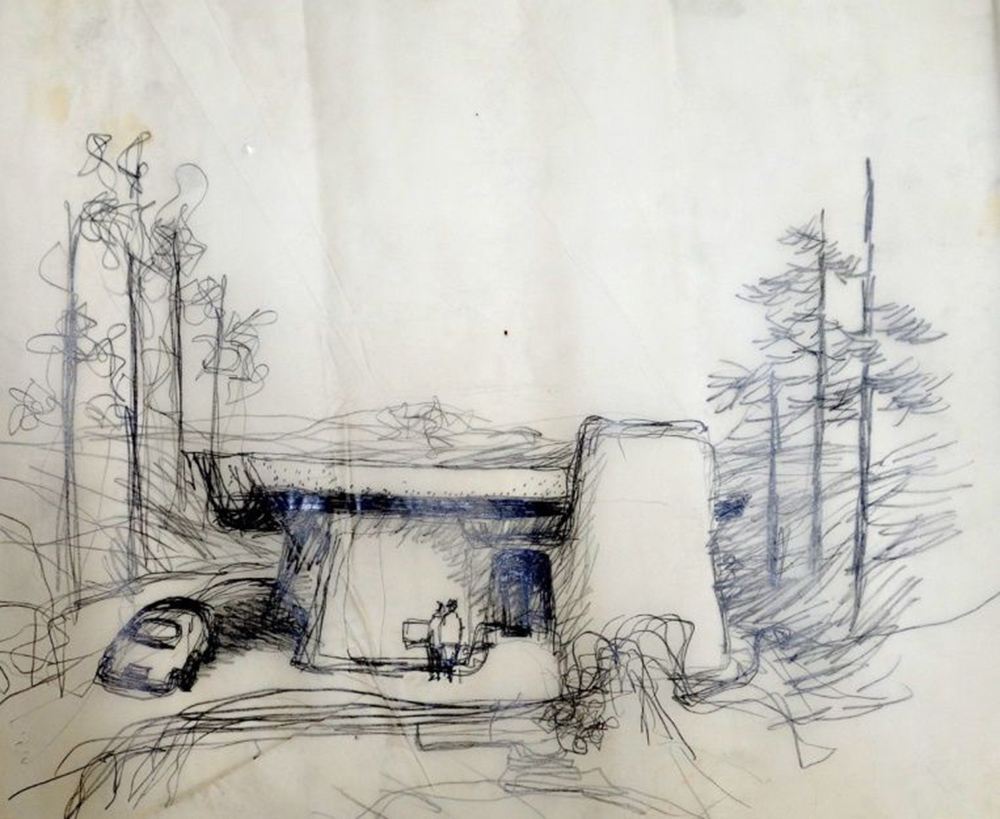 These digital files pertain to designs for the Vitra Museum (1989), the Disney Concert Hall, and the Grand Avenue Project.

''I’m honored by the attention of the Getty Research Institute delving into the history of my work, my beginnings, and other things that I never thought anybody would be interested in,'' said Frank Gehry.

''I’m very moved that this great institution, with its resources to search for the best examples of creativity in our world, has found me an interesting party. I will be forever grateful.'' 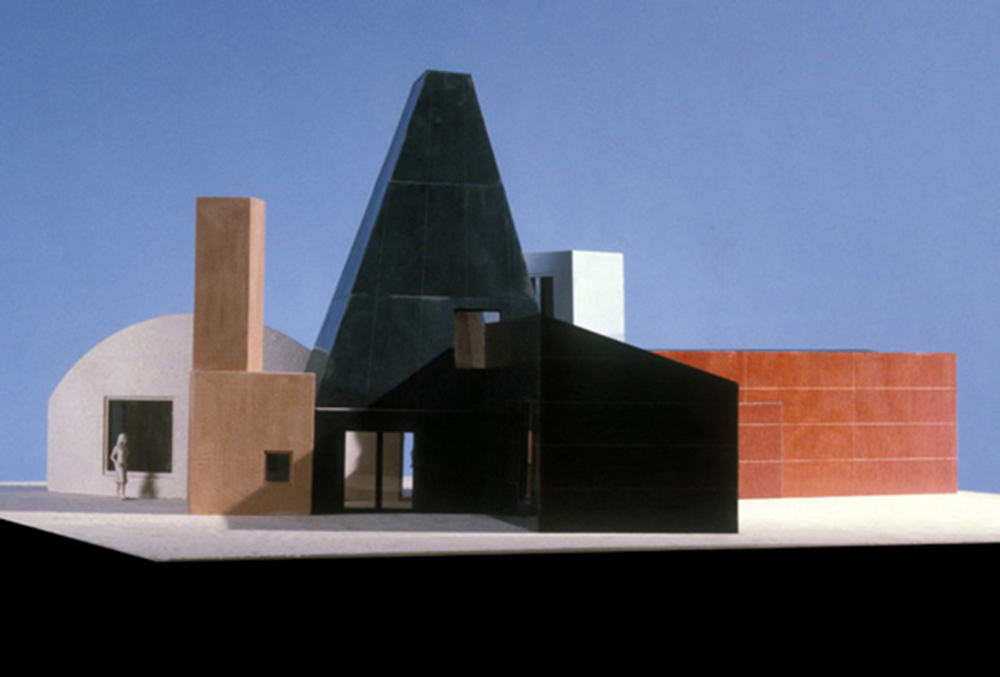 Selections from this archive, including drawings, a model, and photographs of the Walt Disney Concert Hall (2003), will be on view in the upcoming Getty Research Institute exhibition Berlin/Los Angeles: A Space for Music on view April 25 through July 30, 2017. This exhibition celebrates the 50th anniversary of the sister-city partnership between Berlin and Los Angeles by exploring the Berlin Philharmonic (1963), designed by Hans Scharoun, and the Walt Disney Concert Hall.

Both buildings have captured the public's imagination, becoming signature features of the urban landscape of their respective cities. Focusing on the buildings' extraordinary interiors, this exhibition brings together original drawings, sketches, prints, photographs, and models to convey each architect's design process. Berlin / Los Angeles demonstrates how the Berlin Philharmonic and the Walt Disney Concert Hall were pivotal in fostering a strong resonance between architecture and the city.

> via The Getty Research Institute