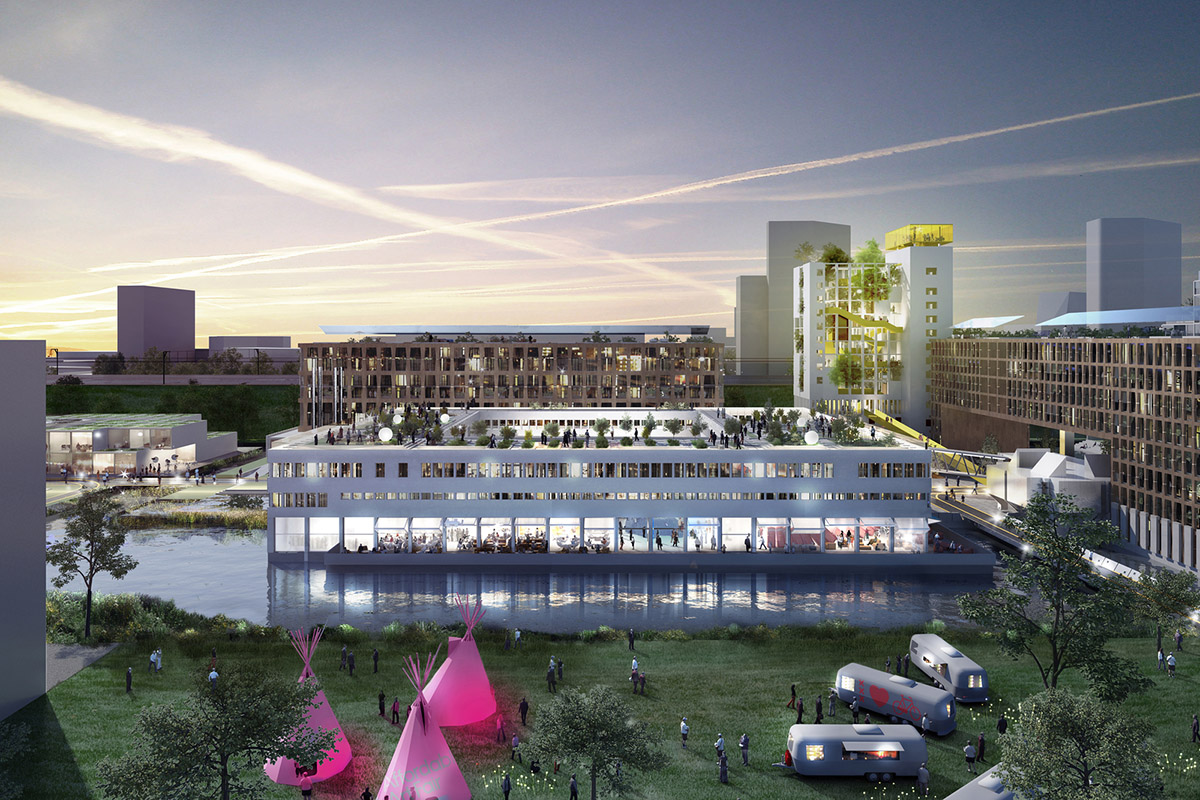 OMA has unveiled its vision for a new masterplan to transform Amsterdam's former prison complex into a new civic and cultural hub, in collaboration with FABRICations architects and LOLA Landscape.

The former Bijlmerbajes in Amsterdam was originally built in the 1970s and the complex is located in the South-East of the city. In this major transformation, OMA will work on the 7.5 ha (75,000-square-metre) masterplan as well as the design of a significant portion of the 135,000-square-metre building development. 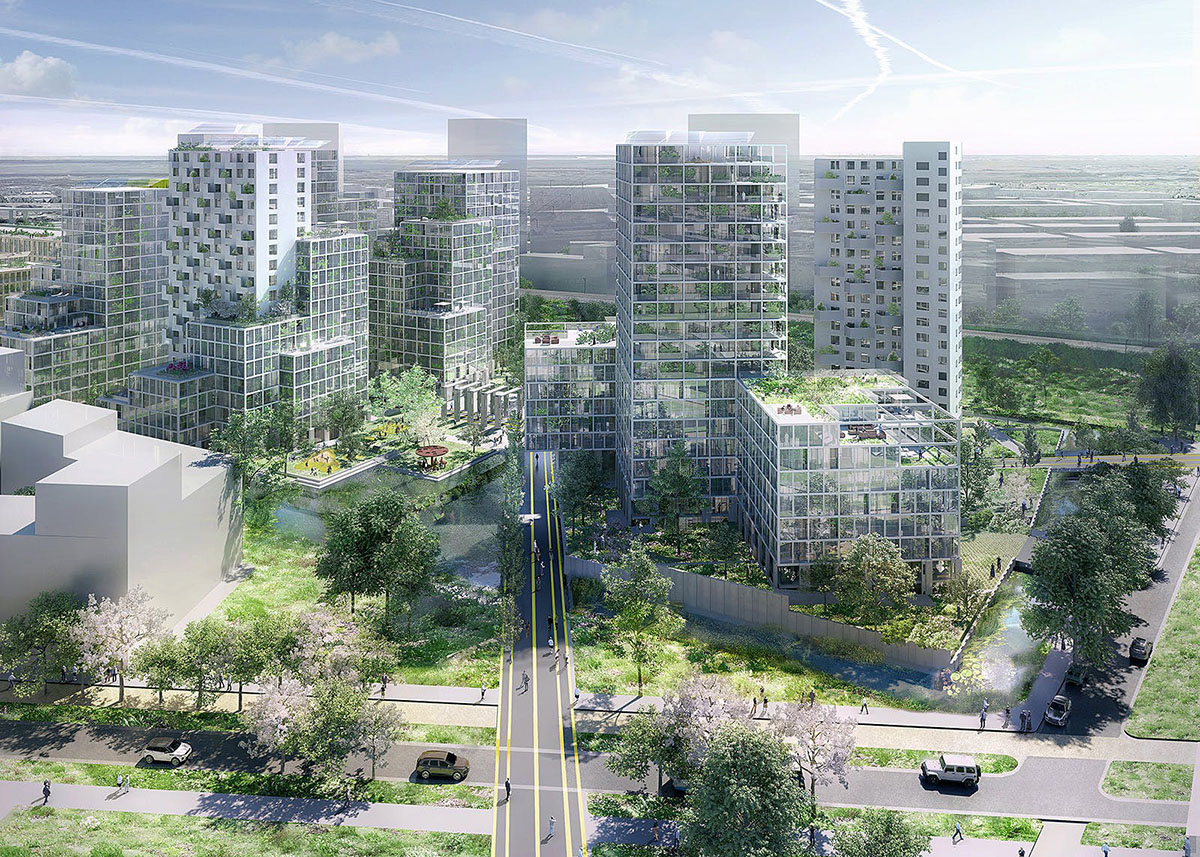 OMA's team, led by partners David Gianotten and Reinier de Graaf and project architect Mariano Sagasta, will closely work with the team of AM Real Estate in this vast development. 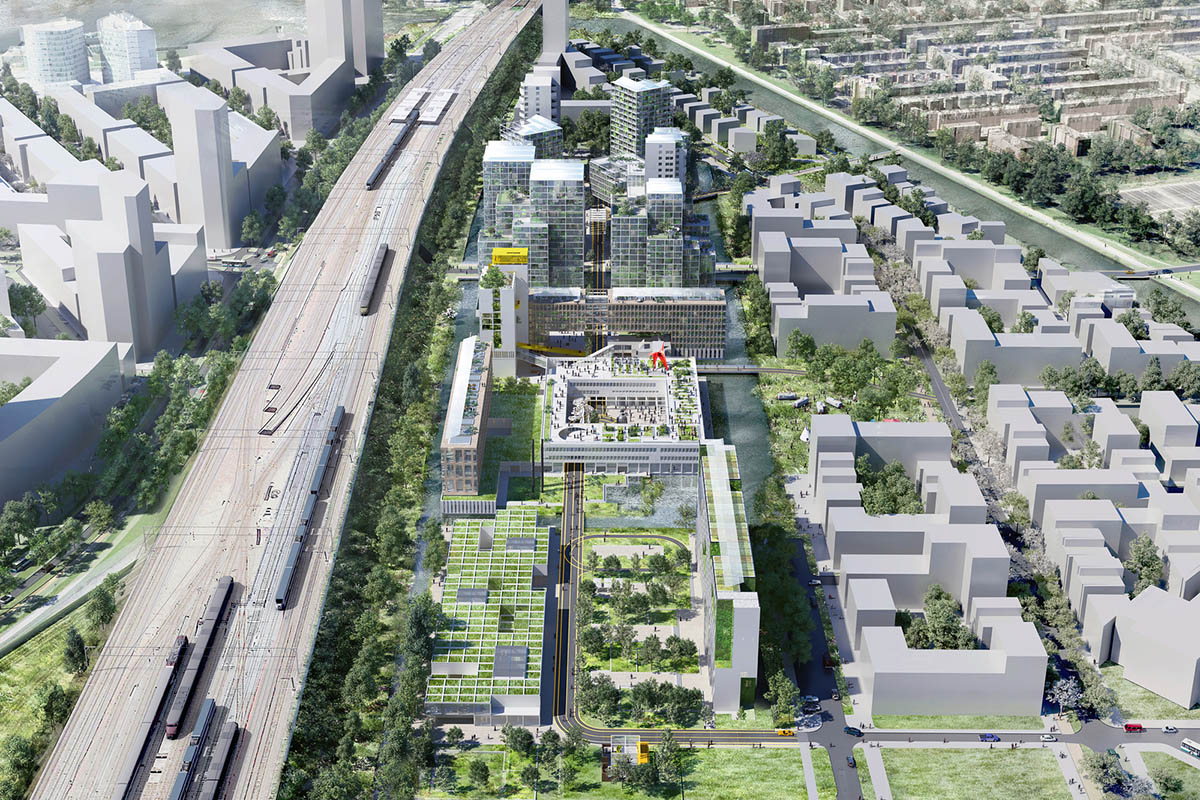 The original prison master plan is comprised of six linked towers and an administrative building, with a series of courtyards and separate gardens. OMA's masterplan, preserving the island character of the prison enclosed by walls, connects towers at several positions through new pedestrian and cycle bridges. The studio will also design a large car-free environment - named Bajes Kwartier - with gardens and areas for recreation and fitness. "The towers of the Bijlmerbajes have been a landmark in the periphery of Amsterdam for decades. With the city’s urban expansion to the north, south, east and west, the prison complex has gradually become a geographic center of Amsterdam’s new urban development, and can develop into a vibrant civic and cultural space," said OMA. 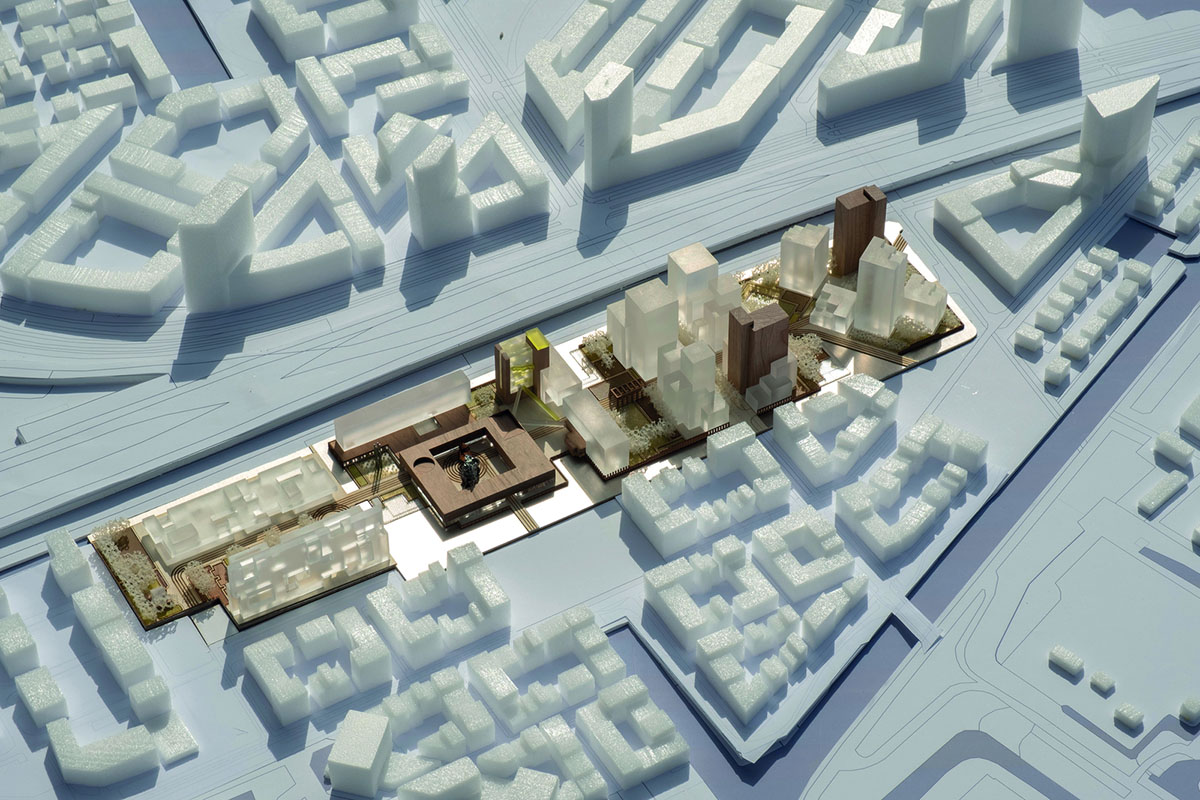 OMA aims to reuse of building materials as a key part of the redevelopment plans - the studio will use prefab elements from the existing walls and reuse them as cladding for new residential buildings, prison bars will be used as balustrades, and the cell doors are to become edge panels for the new pedestrian bridges. The project is scheduled to begin in early 2018. 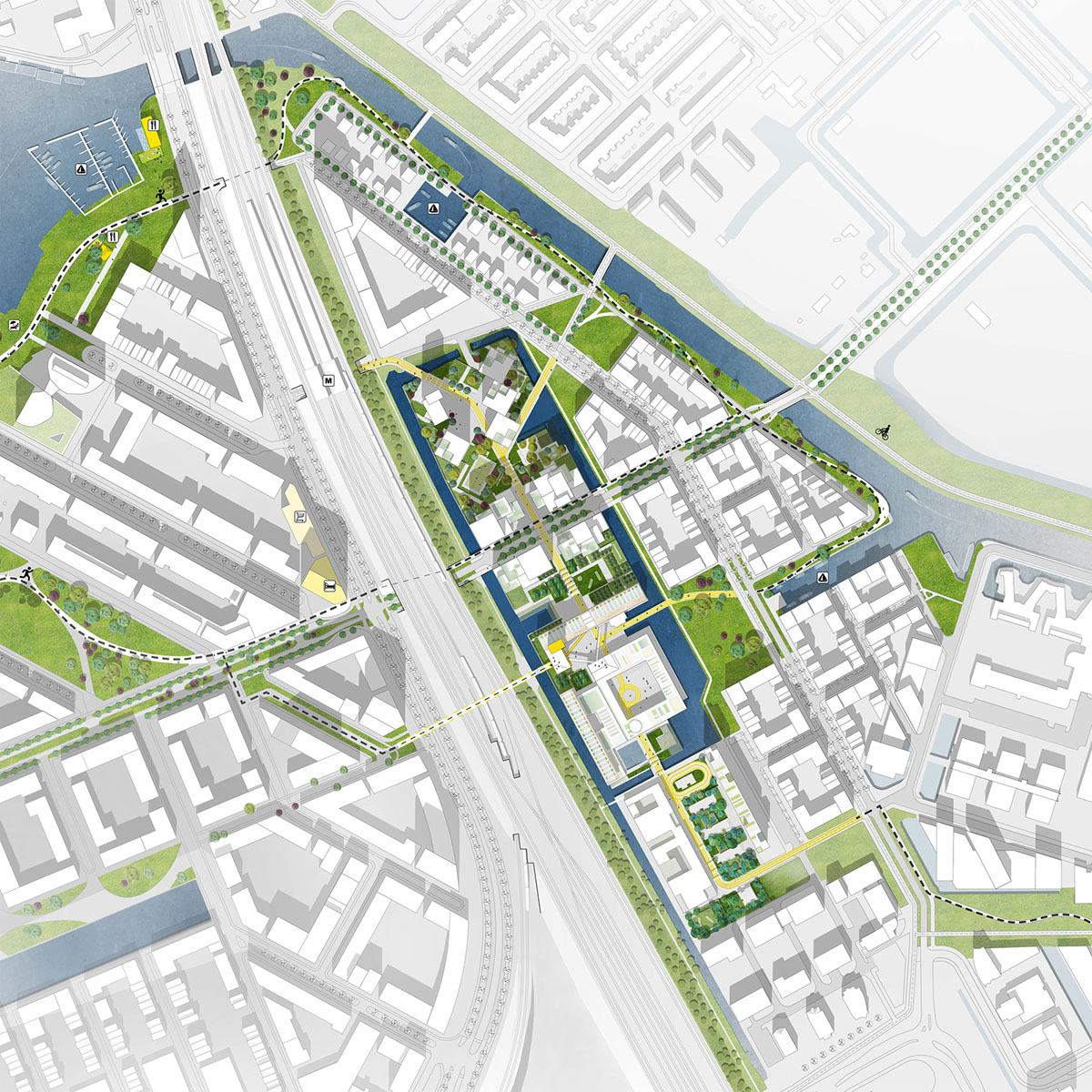