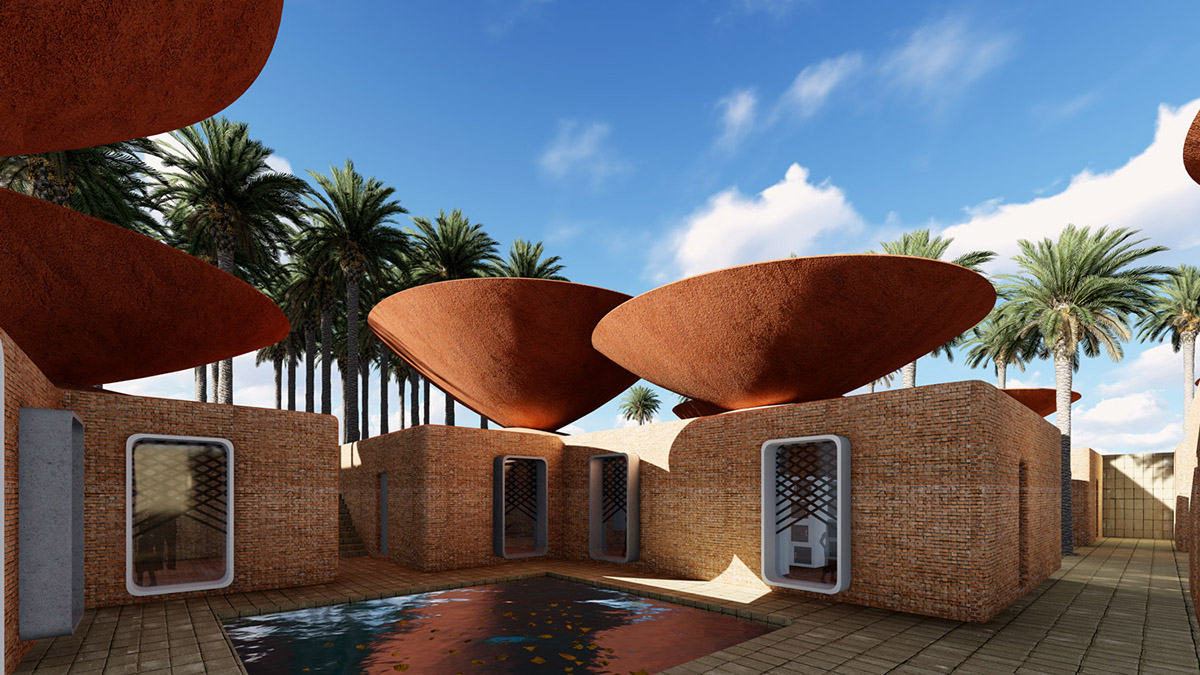 Several bowl-shaped concave roofs are specially proposed for an Iranian school to collect rainwater in arid and hot areas in a proposal designed by BMDesign Studios. Iran-based architecture office developed a double-roof system with steep slopes made of local materials.

The studio also believes that this technique can be applied in any arid areas where where a lack of water could lead to mass displacement in the future. The one-story cubic complex was designed as a Primary School with 6 classrooms located in the city Jiroft, the capital city of Kerman Province in Iran. The cubic volumes, covering a 720-square-metre area at site, are built from local materials such as Iran's typical material - brick.

The complex creates contrast with its exploded white-coloured windows on the facade. The concave roofs of the school also create an extra shading and allow air to move freely between it and the inner shell acts as a cooling mechanism for both roofs. 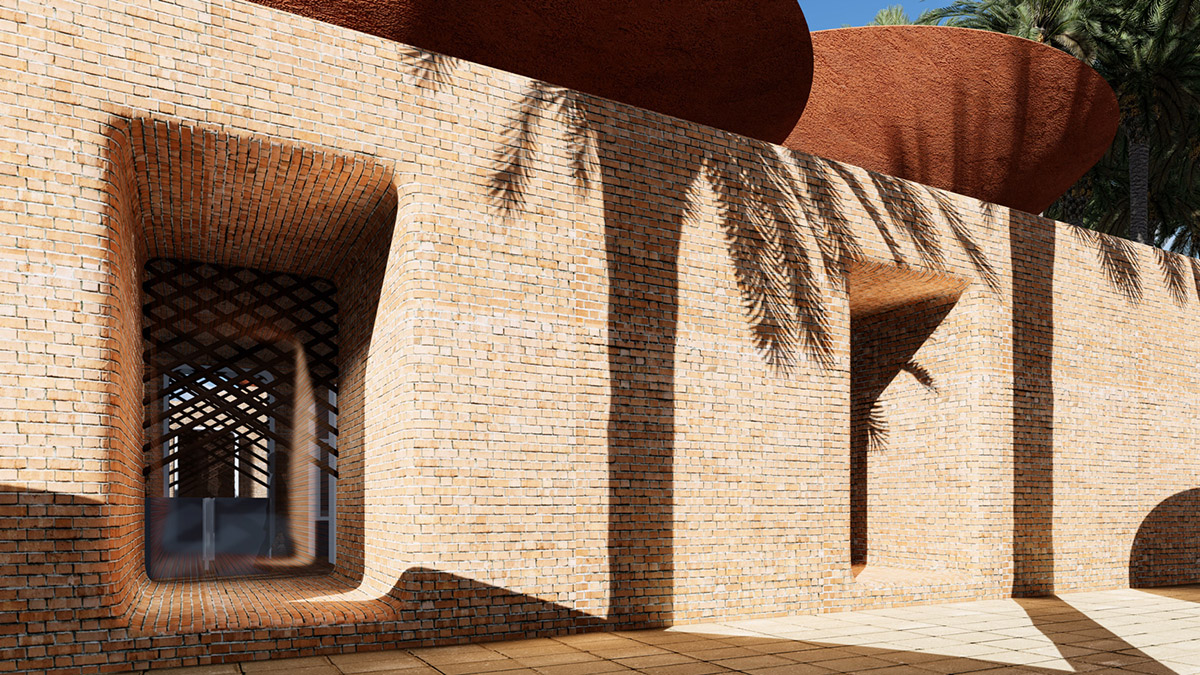 "Because precipitation in this area is less than one-third of that of the world average, and evaporation is more than three times higher than the world average, the concave roof system is designed to help [make] even the smallest quantities of rain [flow down] the roof and eventually coalesce into bigger drops, just right for harvesting before they evaporate," said the architects. The architects calculate that at a school with 923 square meters of concave roof area, it is expected that 28 cubic meters of water could be collected, with an efficiency of about 60 percent. Further research for the system will focus on maximizing this efficiency. 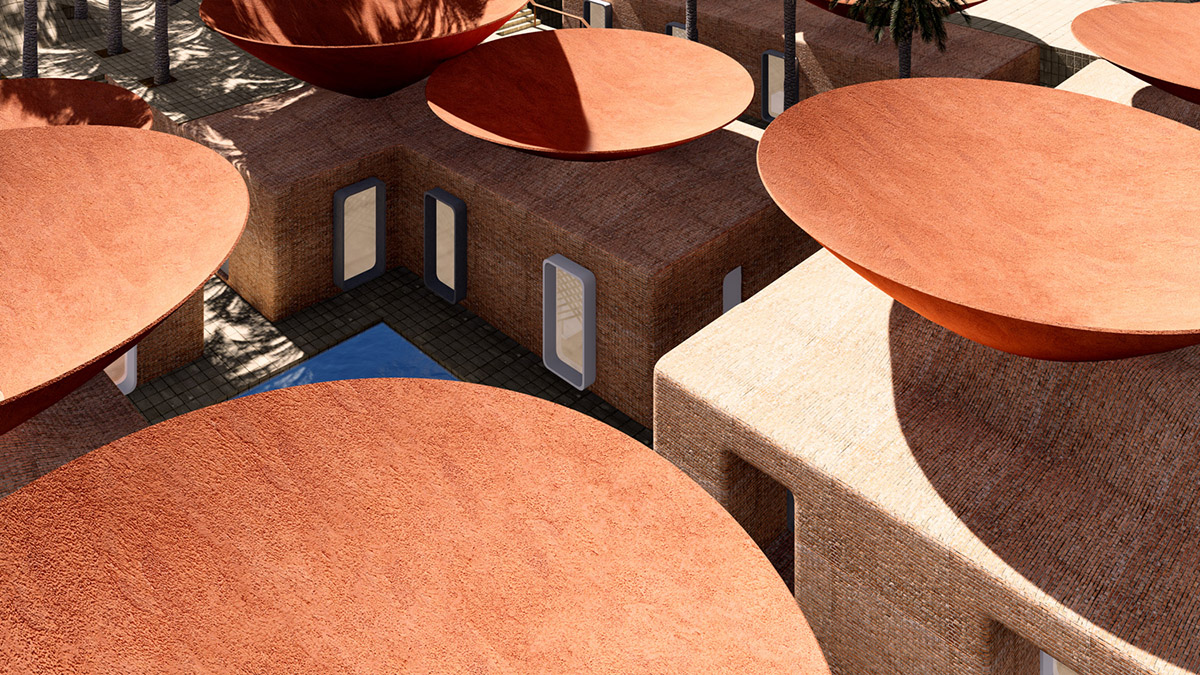 The school complex also includes reservoirs connecting to the collection systems will be placed between building walls, allowing for further control of temperature fluctuation of indoor spaces due to the heat storage capacity of water, all of which will [lower] the overall carbon footprint of much-needed air conditioning in this harsh environment. 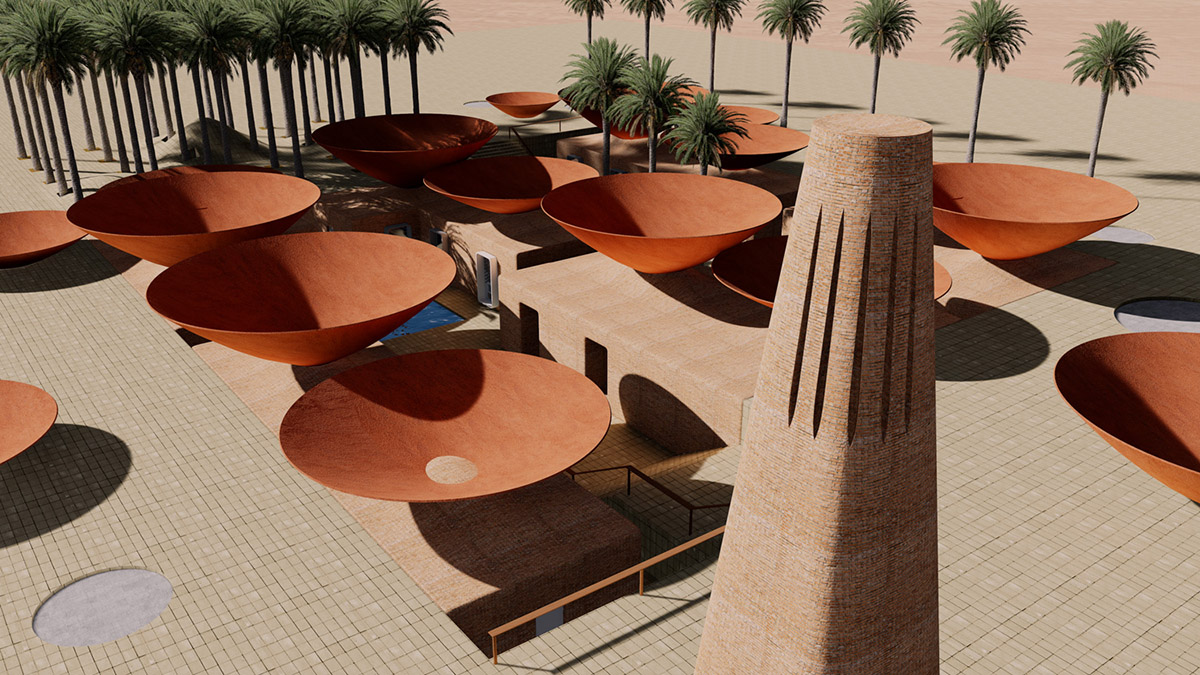 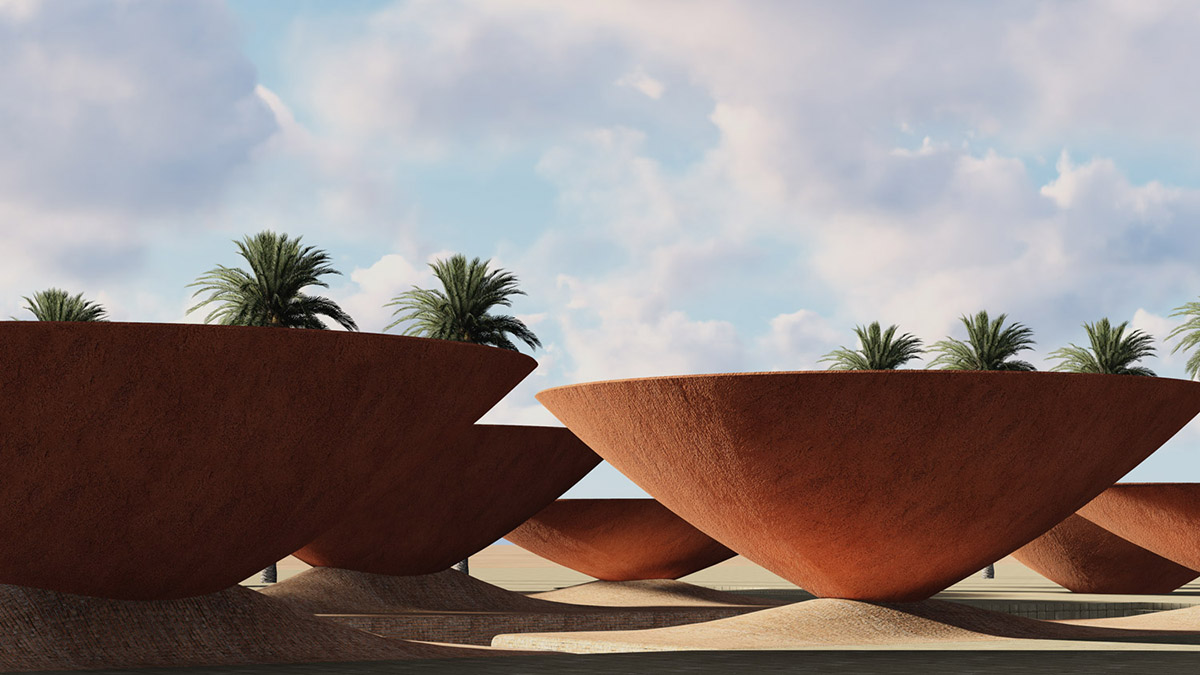 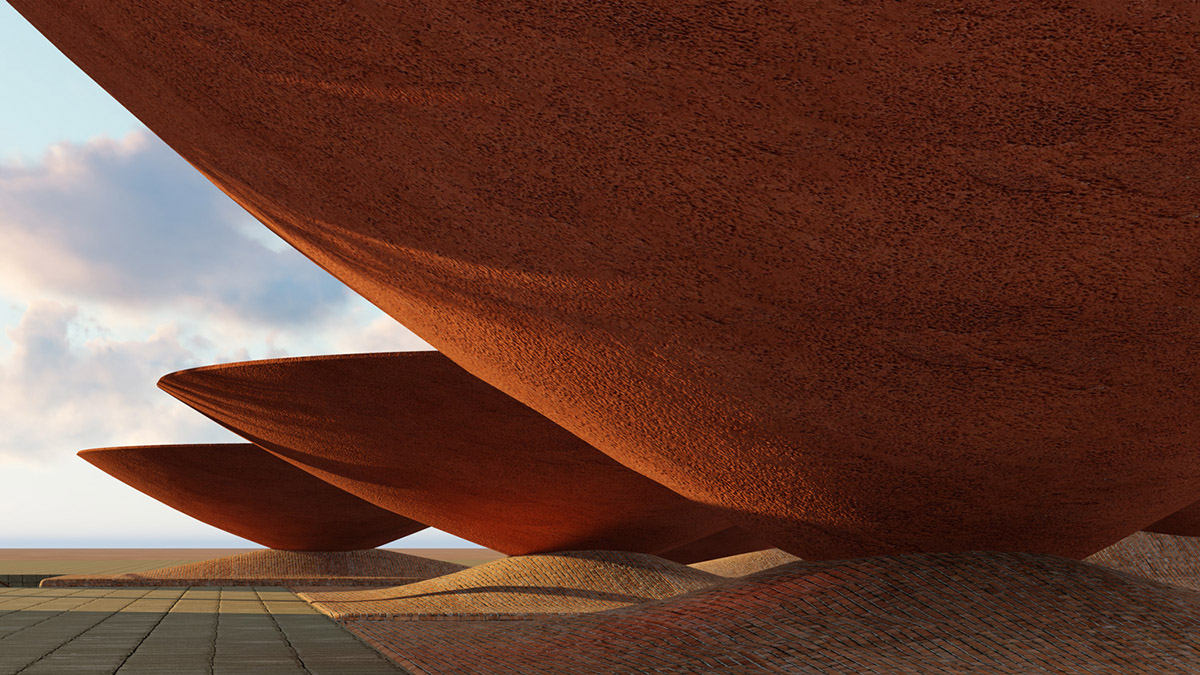 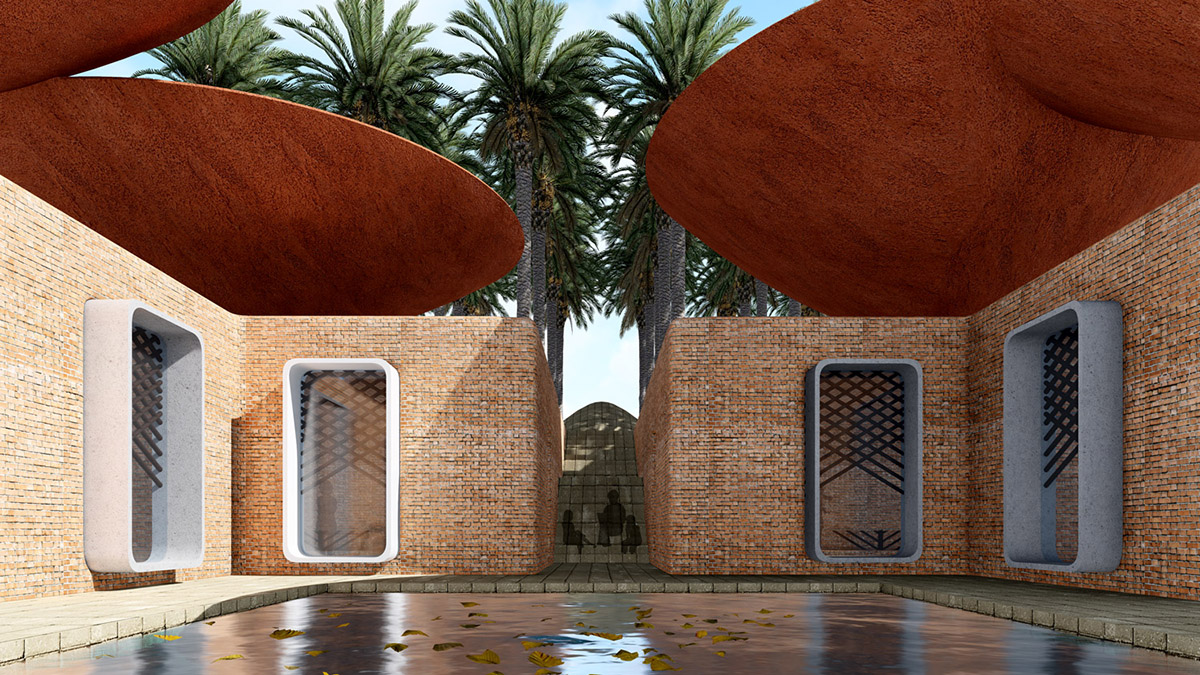 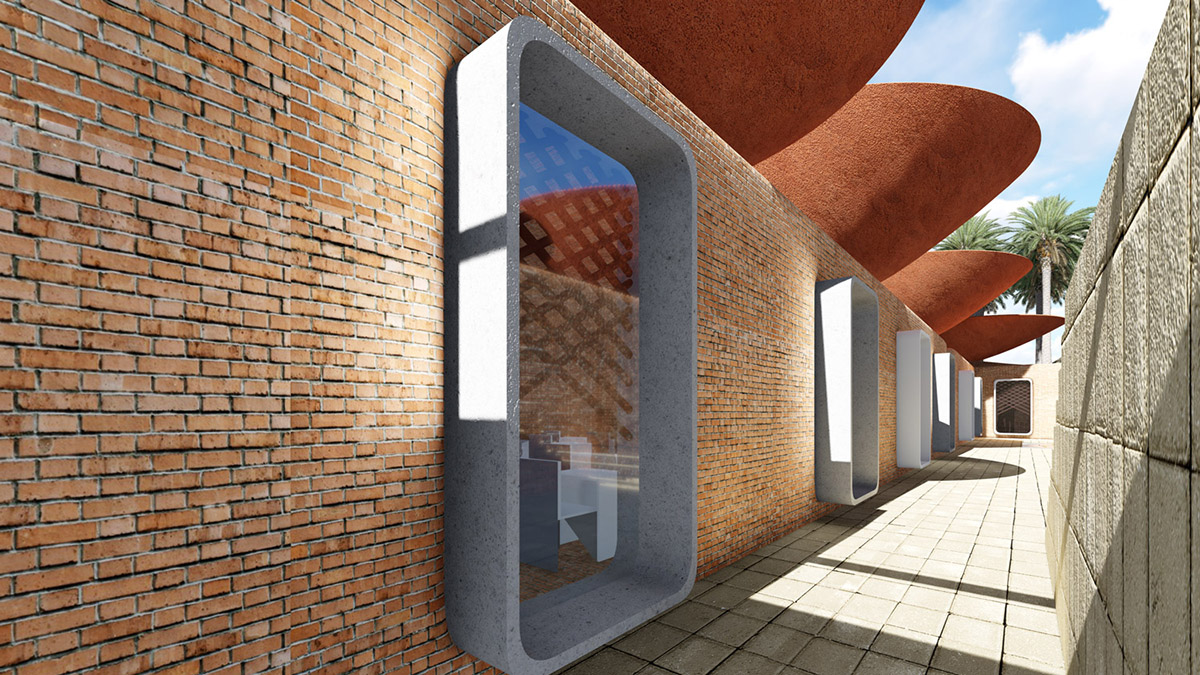 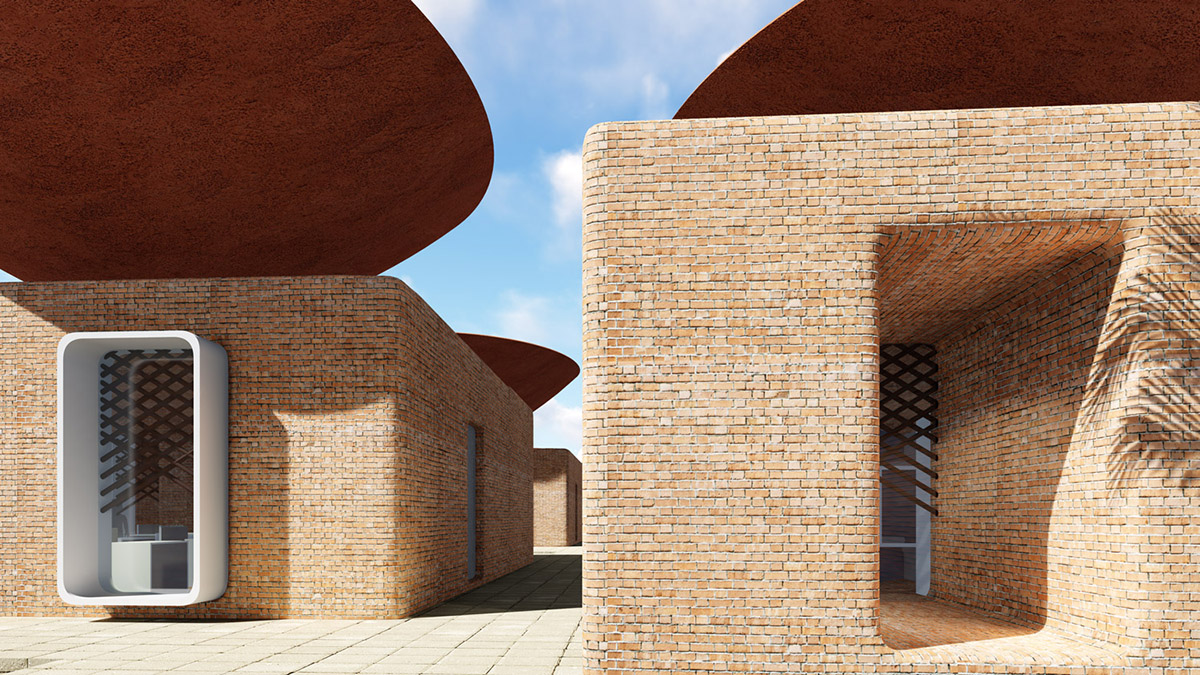 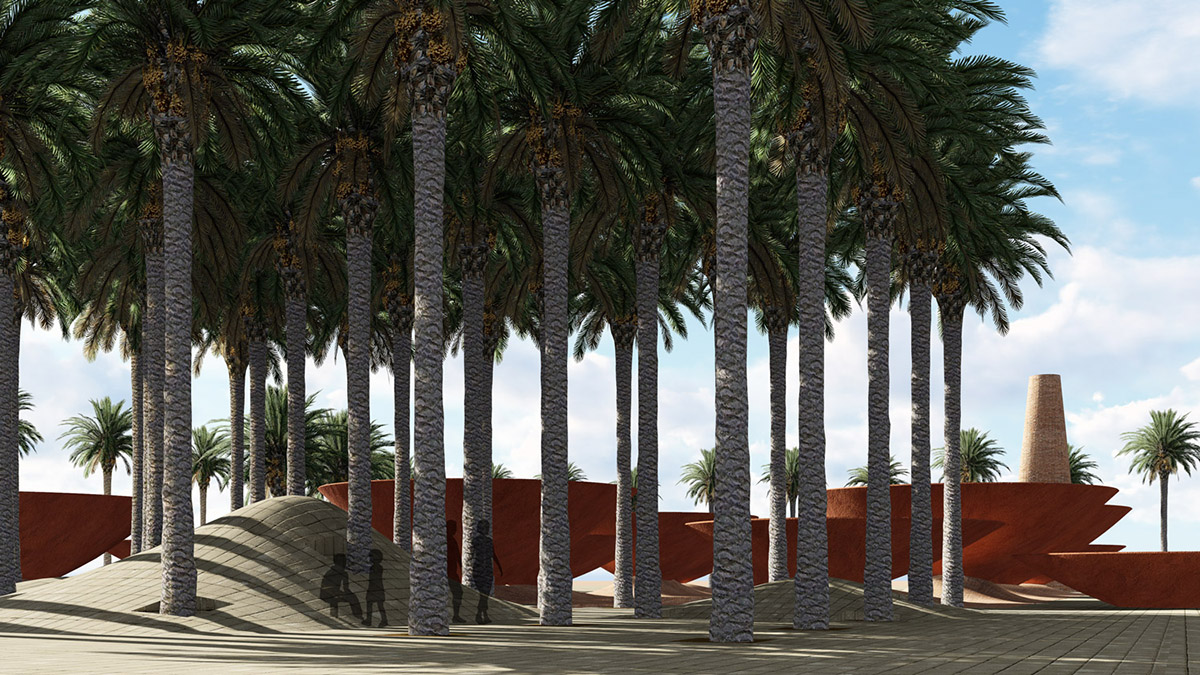 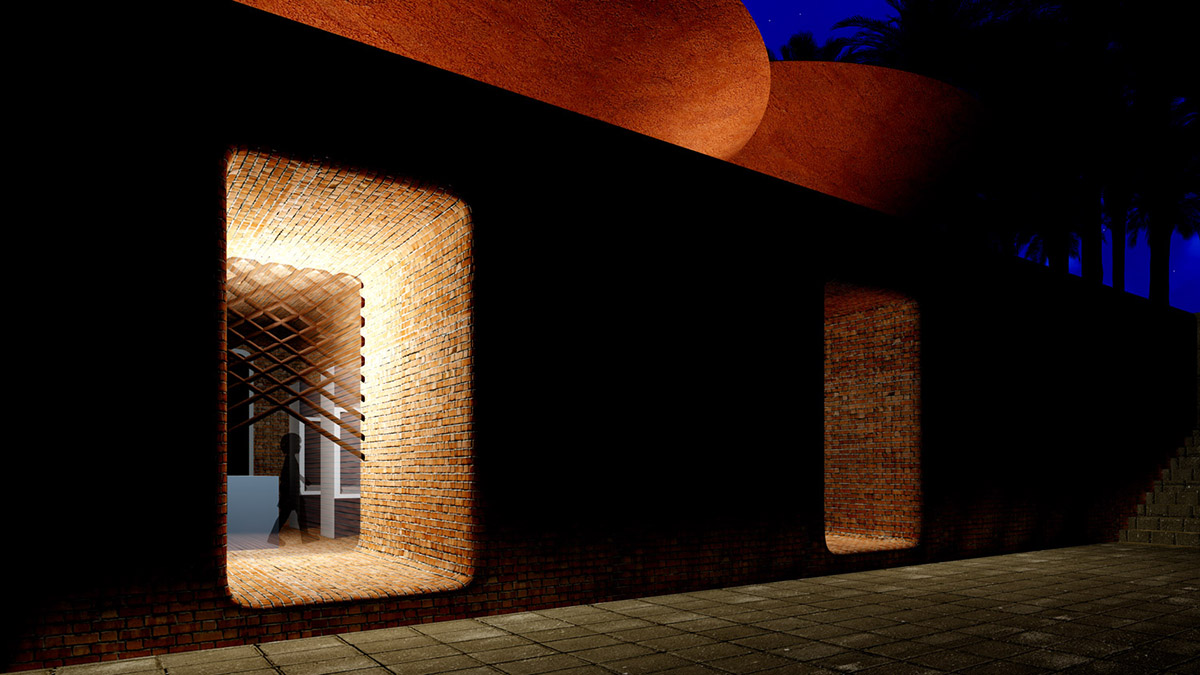