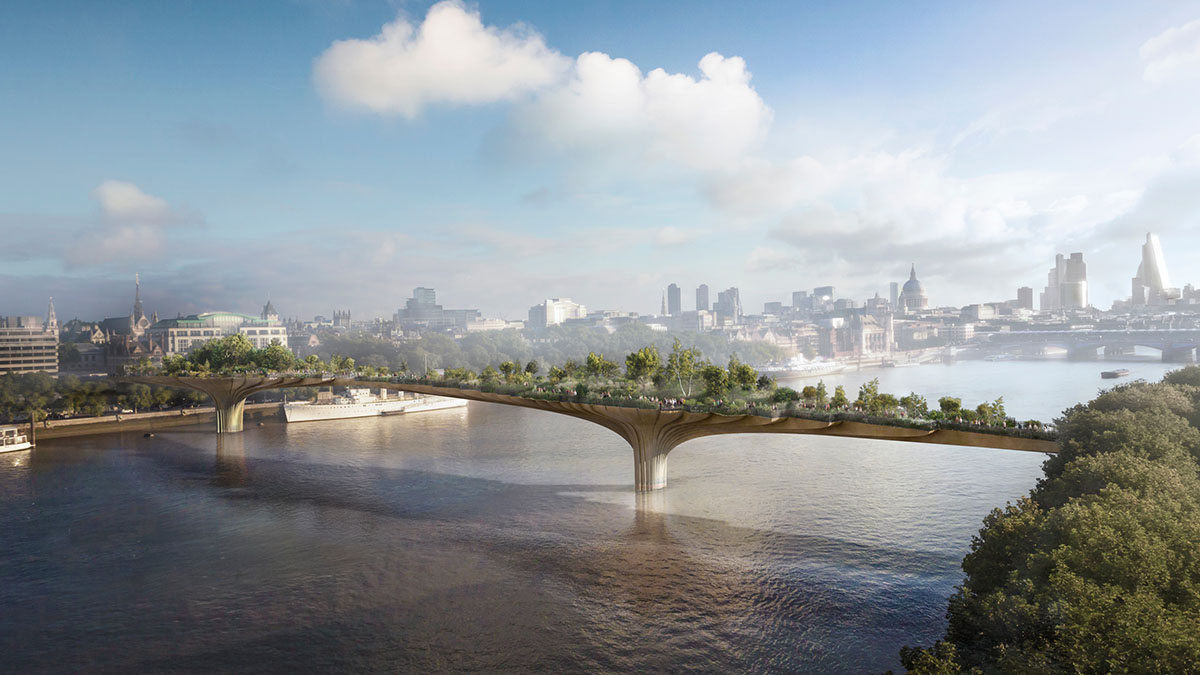 The Garden Bridge Trust, the charity established to build and run the proposed Garden Bridge in central London, has informed the Mayor of London, as well as Transport for London (TfL) and the Department for Transport, who have both allocated public funds to the project, of its decision. 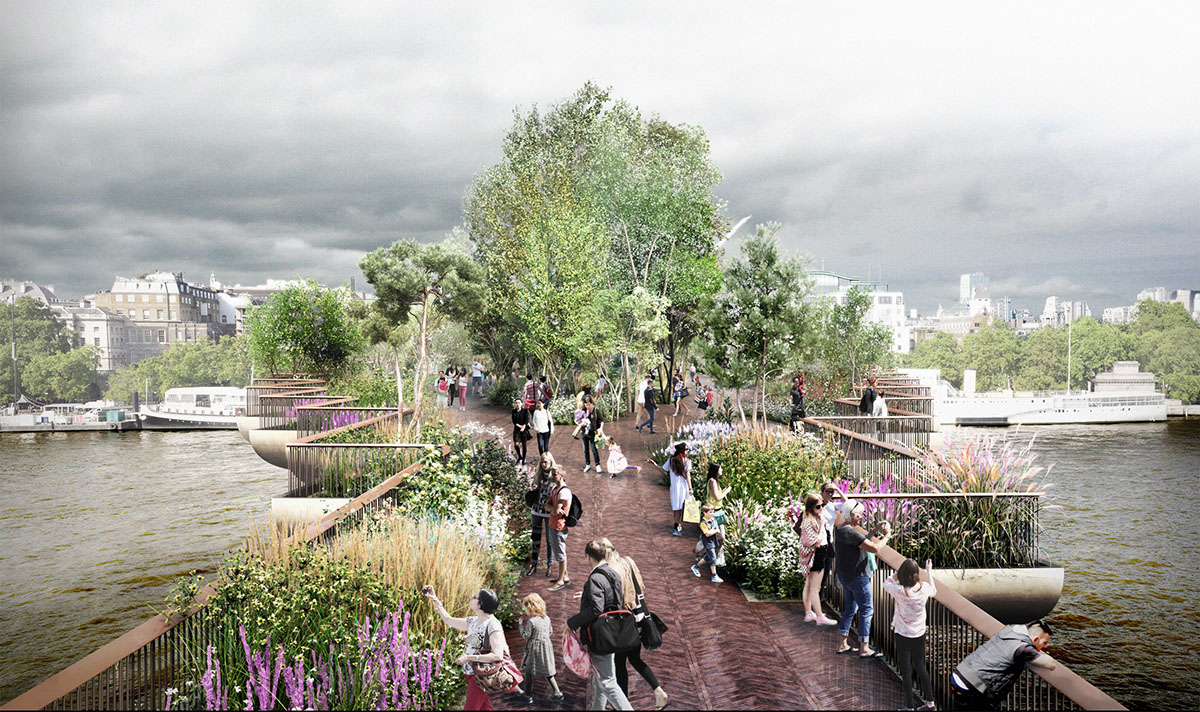 "The Trust has had no choice but to take this decision because of lack of support for the project going forward from the Mayor," stated in a press release published in Garden Bridge’s website.

"On 28 April, Sadiq Khan wrote to Lord Mervyn Davies, Chairman of the Garden Bridge Trust, stating that he was not prepared to sign the guarantee for the annual maintenance costs of the Bridge, a condition of planning consent, despite previous assurances given about his support for the project," added the Garden Bridge Trust. "Since then the Garden Bridge Trust has examined in detail all options available to it. This included discussions with a potential benefactor who was keen to provide the required guarantee. It also had further discussions with the Government."

"Unfortunately, the benefactor concerned and the Trustees have all concluded that they cannot proceed with what was always designed to be a public project in the heart of the capital without the support of the Mayor of London." 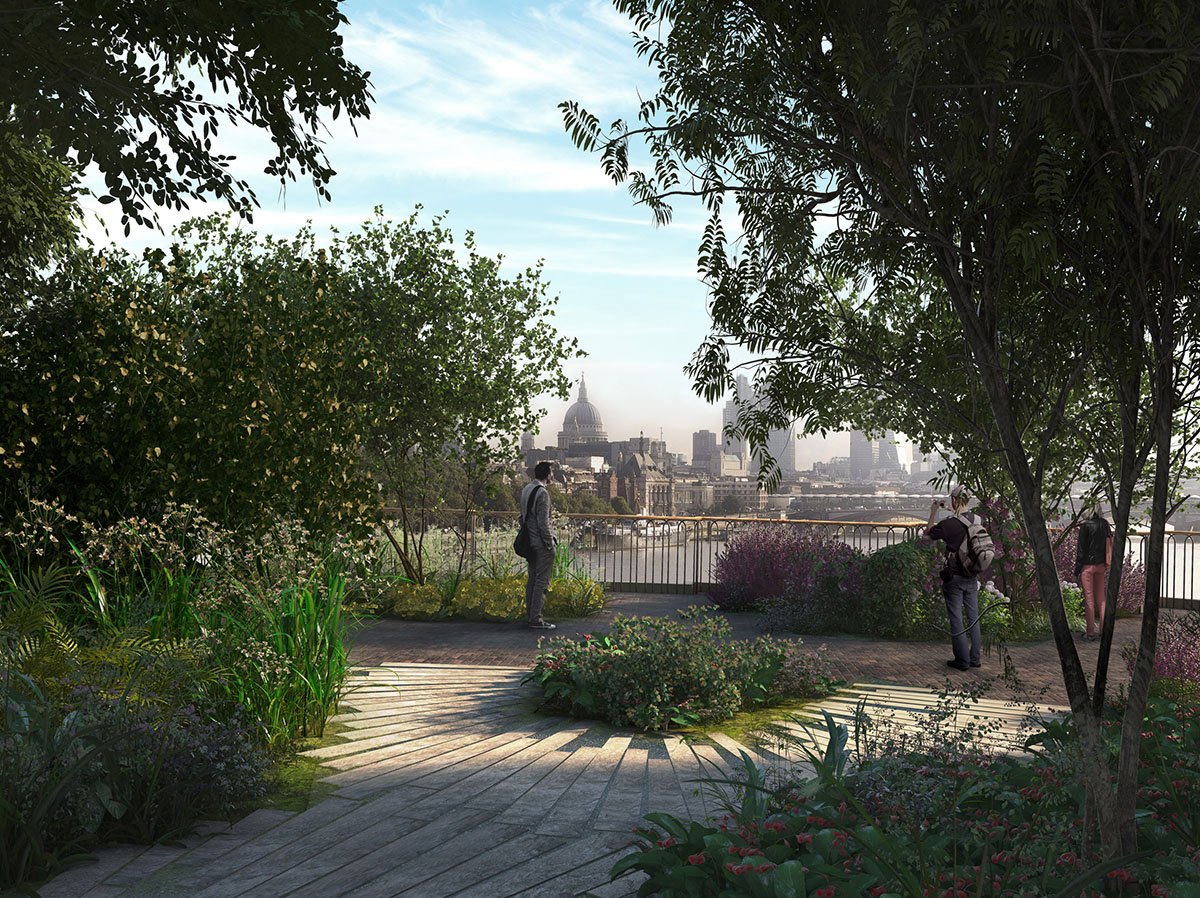 The Garden Bridge was first revealed in 2013 and it was always discussed to set the correct management framework and budget for the project.

It was expected that the project would cost £200M in total but the Garden Bridge Trust has lost two major donors within this period and has only secured £69 million in private funding pledges, leaving a gap of at least £70 million. 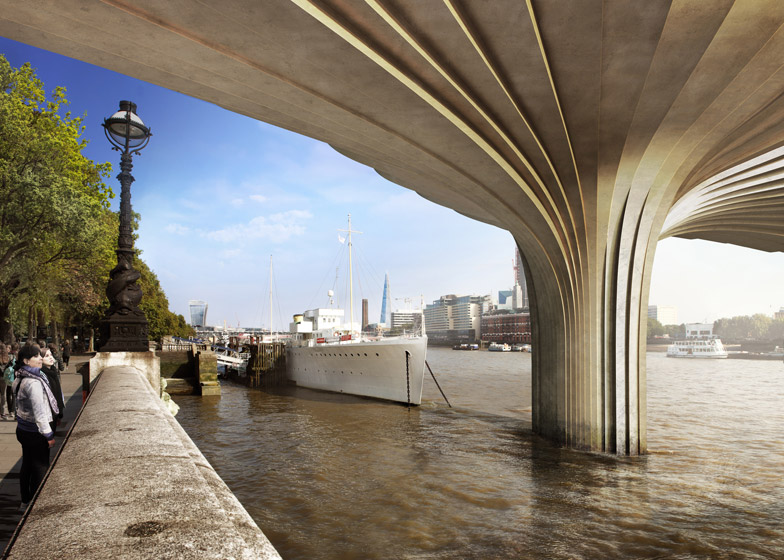 Lord Davies has today written to the Mayor outlining the reasons why the Trust has taken this decision.

"It is with great regret that Trustees have concluded that without Mayoral support the project cannot be delivered. We are incredibly sad that we have not been able to make the dream of the Garden Bridge a reality and that the Mayor does not feel able to continue with the support he initially gave us. We had made great progress obtaining planning permission, satisfying most of our planning conditions and we had raised £70m of private money towards the project,” said Lord Davies, Chairman of the Garden Bridge Trust.

"The Garden Bridge would have been a unique place; a beautiful new green space in the heart of London, free to use and open to all, showcasing the best of British talent and innovation. It is all the more disappointing because the Trust was set up at the request of TfL, the organisation headed up by the Mayor, to deliver the project. It is a sad day for London because it is sending out a message to the world that we can no longer deliver such exciting projects. 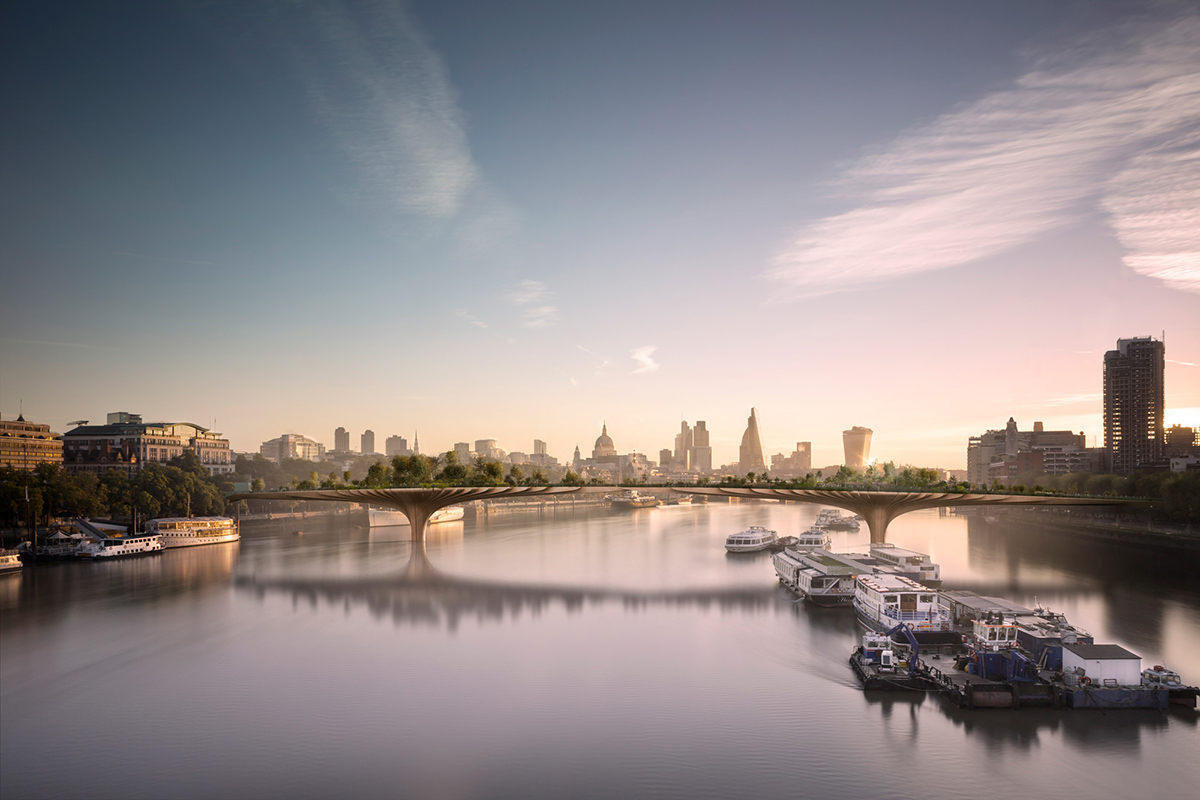 "I would like to thank our donors and supporters, who gave us unstinting help and support along the way."

The Garden Bridge was aimed to develop new pedestrian links across the River Thames - the scheme was planned to connect North and South London with a garden. This massive planted walkway would have been a new piece of landscape and added to London’s rich and diverse horticultural heritage of heathlands, parks, squares, allotments and community gardens and support many indigenous river edge plant species, if it was successful.

Last week, Mayor of London Sadiq Khan admitted and announced that the £50M of taxpayers' cash has already been spent and lost on the scrapped Garden Bridge and there is no way to retrieve the money back.

In April, Margaret Hodge, a Member of Parliament, submitted an independent report on investigating proper management plans over public funds and conducting the procedures about the project, the report was already pointing out that the funds spent for the project were not well managed.

According to the latest decision of The Garden Bridge Trust, the project will now be formally closed and the closure of the project includes terminating contracts, and concluding donor funding agreements.