After the place of the Lucas Museum of Narrative Art selected to Los Angeles’ Exposition Park in January, the new detailed images and plans have been revealed by the City of Los Angeles' Department of City Planning to show how the museum building adapts to the site.

MAD Architects continues to work on plans for its $1-billion George Lucas' the Lucas Museum of Narrative Art, which will house Lucas' personal collection of fine art and popular art and will be the keystone of the visual storytelling in a setting focused on narrative painting, illustration, photography, film, animation and digital art, as stated in the museum's website.

The $1-billion museum is privately funded by George Lucas and his wife to build this tremendous, futuristic museum building and park land. The museum is a record-breaking candidate in history with the highest budget after Peter Zumthor's LACMA is slated to cost $650 million, or The Oscars Museum's budget is announced to cost $388 million, just adjacent to LACMA.

MAD's new renderings show very minor changes on the museum building while the office doesn't play with general form of the building. The LMNA is situated at Exposition Park in Los Angeles and it will occupy approximately 400,000 square-foot space with gallery, theatre, education, offices and restaurant functions.

The museum reaches to 115 feet (35 meters) in total height with four-story, raised up amorph-shaped legs. The LMNA includes two levels of parking below the museum and a separate below ground parking structure with up to three level of parking located South of the museum building.

The LMNA offers visual and functional connections with the Natural History Museum to the Northeast, Museum park to the East, and the LA Memorial Coliseumm to the East, from the public roof garden. Visitors will be able to experience panoramic views of the surrounding exposition park and USC campus, downtown LA, and surrounding mountains beyond. 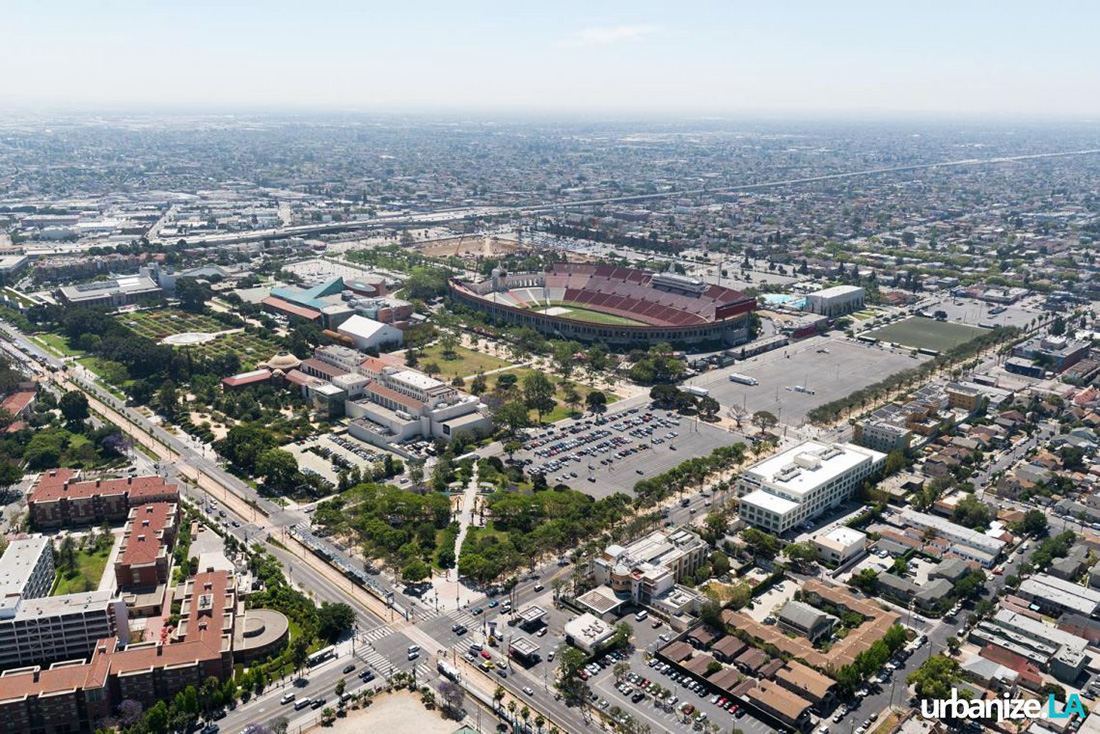 The exterior surface of the building is smooth and organic, reflecting the surrounding neighbourhoods and landscape, guests to the museum, as well as the public - will be reflected in the metal façade, highlighting a surreal and dynamic experience.

The building features an elevator ascending from the transparence glass museum lobby - visitors will begin a journey through the sculptural space, distorted reflections will follow guests cinematically as they transition from reality into the fantastic world of Narrative Art. 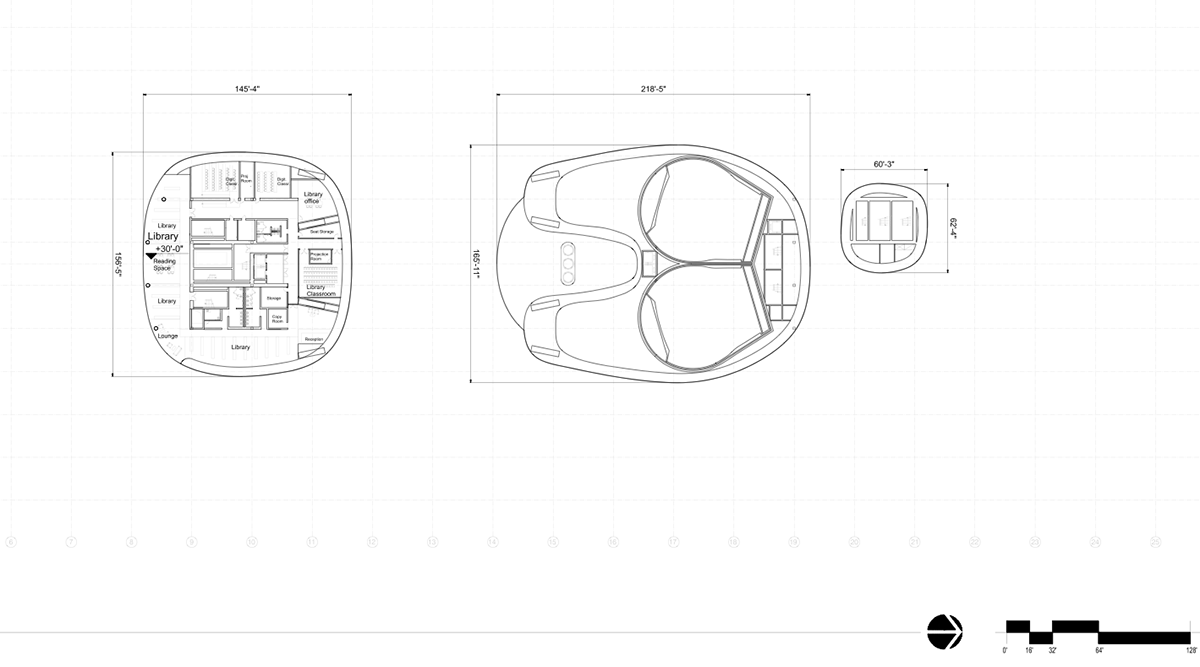 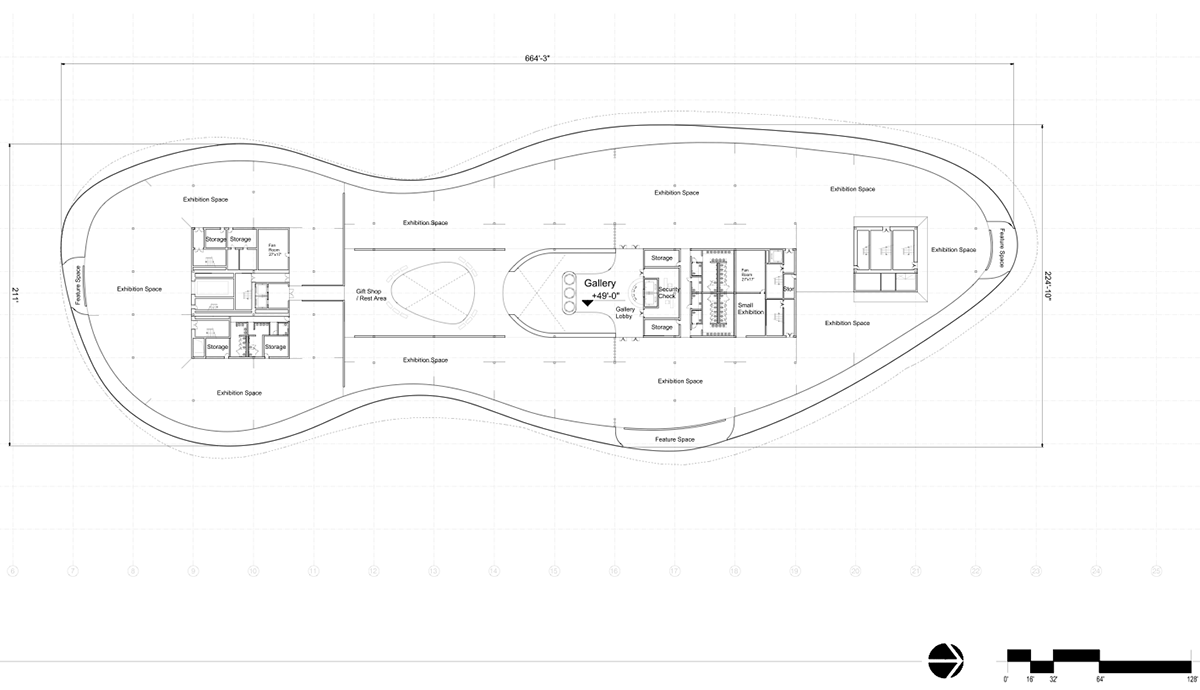