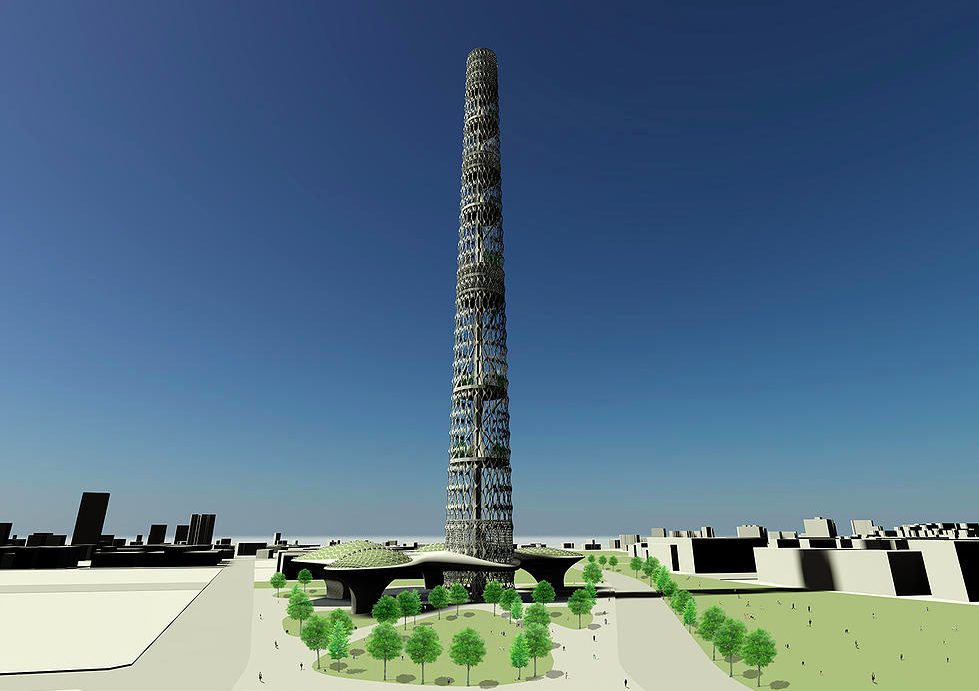 Taiwan Tower is the project which includes observatories, museum and park in Taichung, Taiwan designed by Himematsu Architecture ,the project also brings a new focus to the ecological crisis in 21st Century.

The positioning of the plan is to be a “Gateway City”. The theme of “four large centers and one feature” is adopted as a turning point for future urban development and encompasses a large park, large campus, large exhibition center, and the Taiwan Tower.Taiwan Tower will become a new landmark for both Taichung and Taiwan.It will be integrated with 21st-Century building technology to honor the local building traditions and symbolize the new Taiwan spirit. 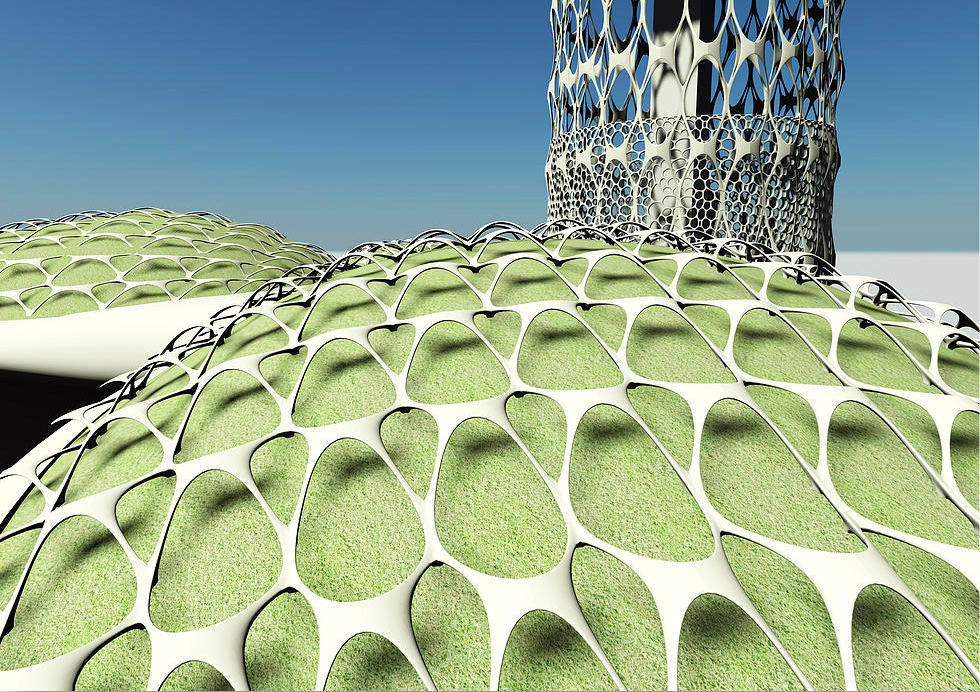 The Creation of Tower Of Vein is aim that Taichung becomes environmental city and declares world-leading existence against environmental problem.Human faces environmental problems, global warming, waist of natural resource and ecological system crisis in 21 century.It is also caused in East Asia accomplishing rapid economical development.Development of Taichung is based on geographical condition between grand mountain area at east and vast sea at west. Tower of Vein respects the natural environment and undertakes role of connection among citizen, society and natural environment for the future. 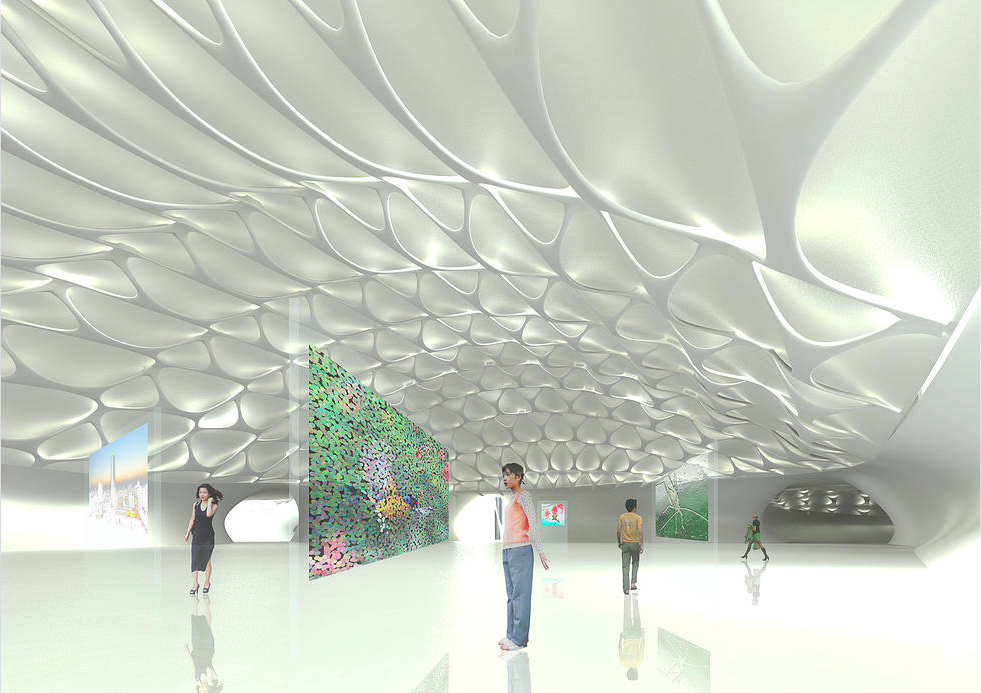 Optimizing natural factors:Nature, water, grass and tree, is used for part of architectural material.Porous structure declines heat loads by air passing through it. 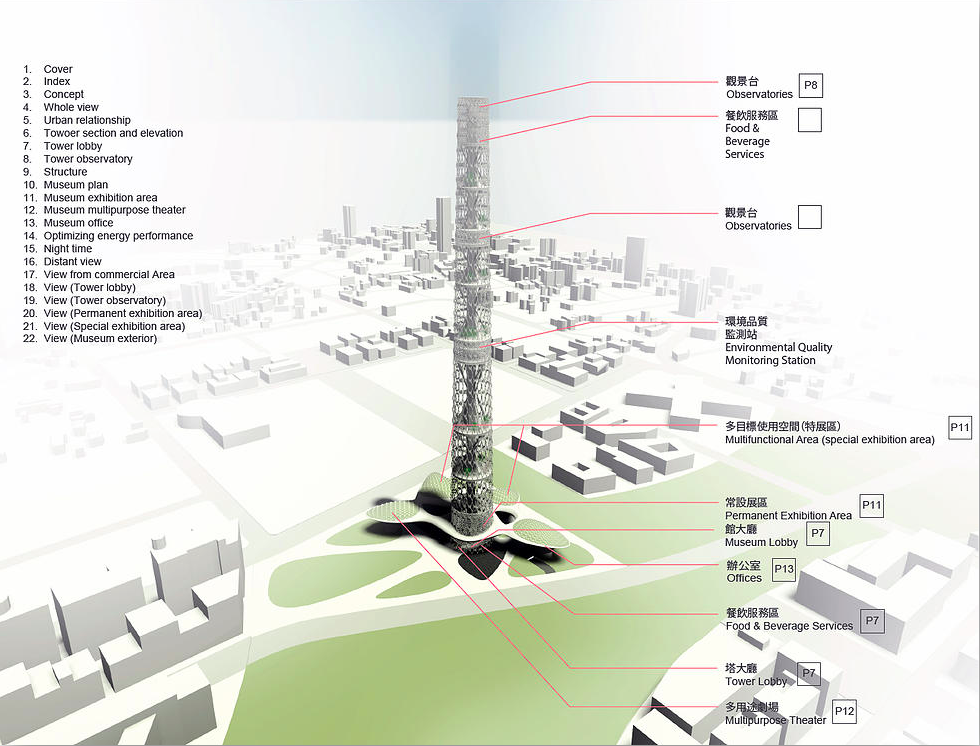 Respects for Nature:People can view the relationship between natural surrounding and urban area dynamically from observatories. 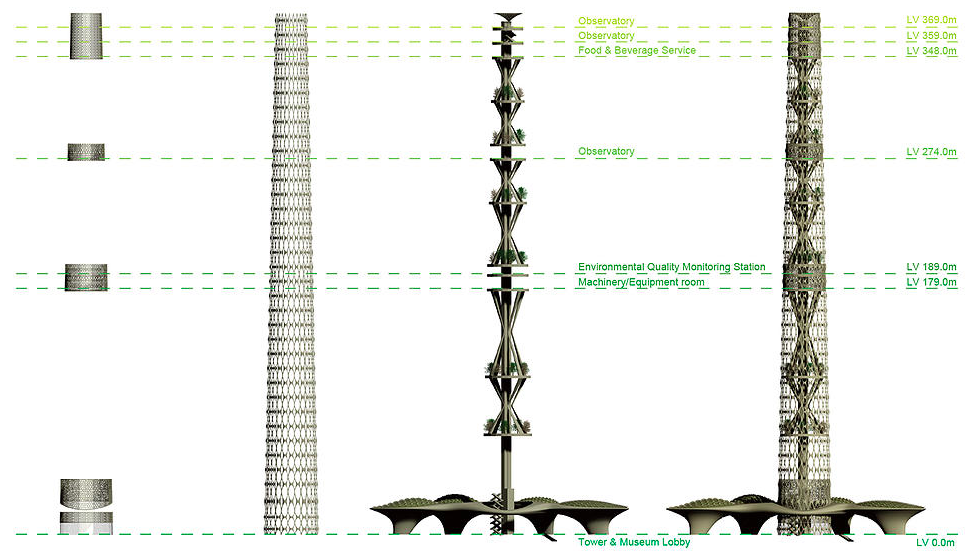 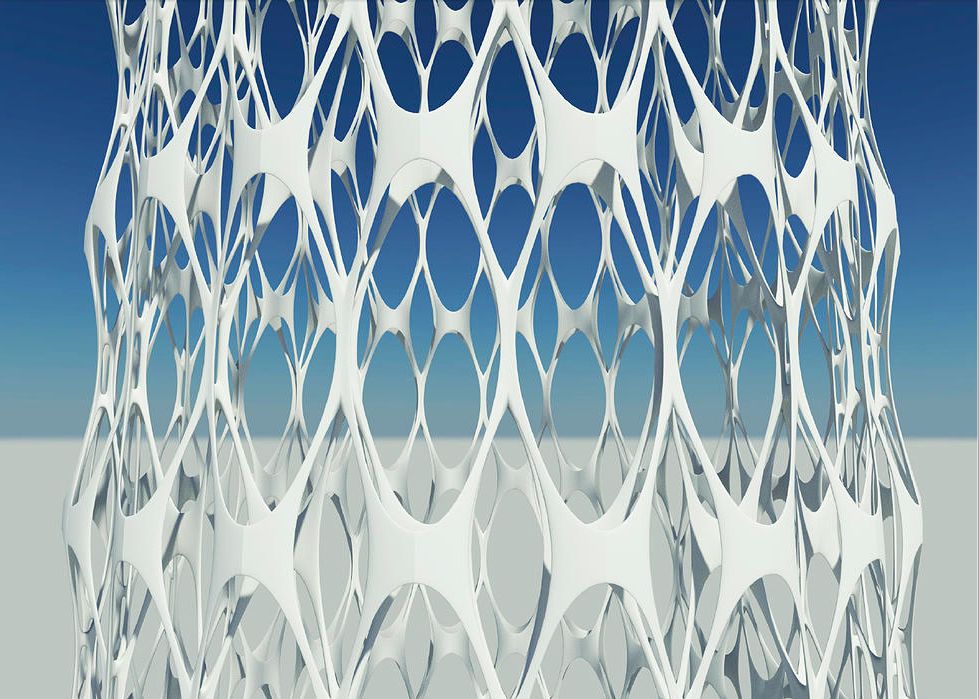 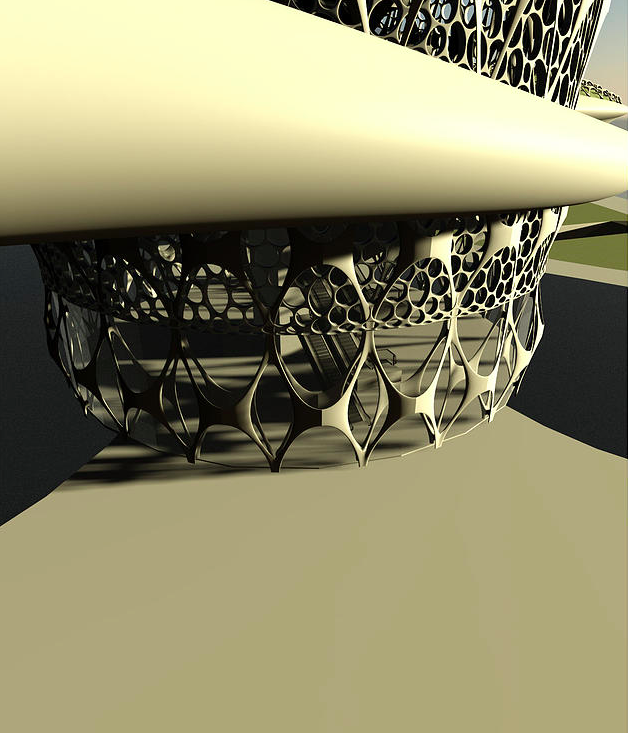 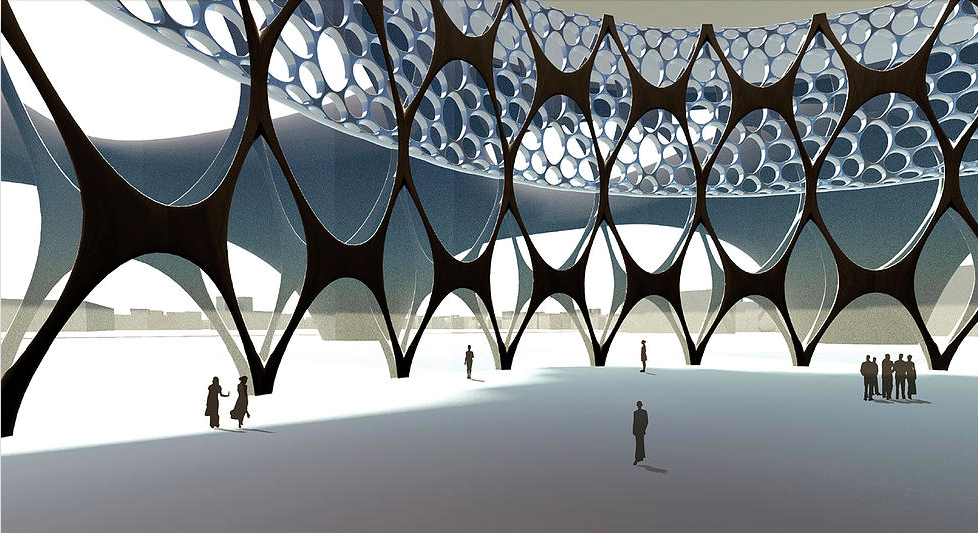 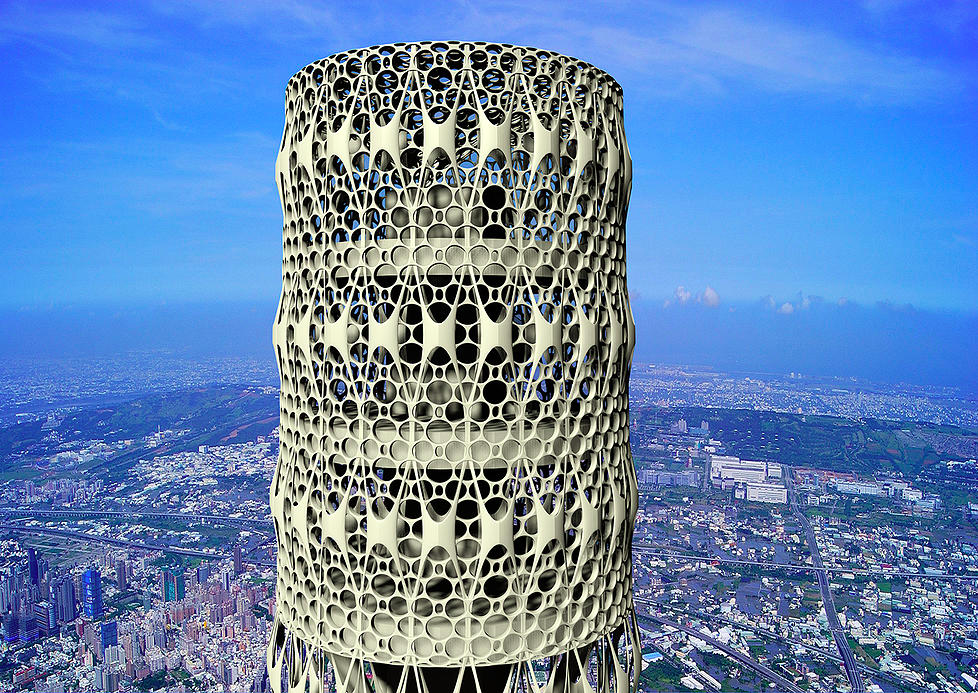 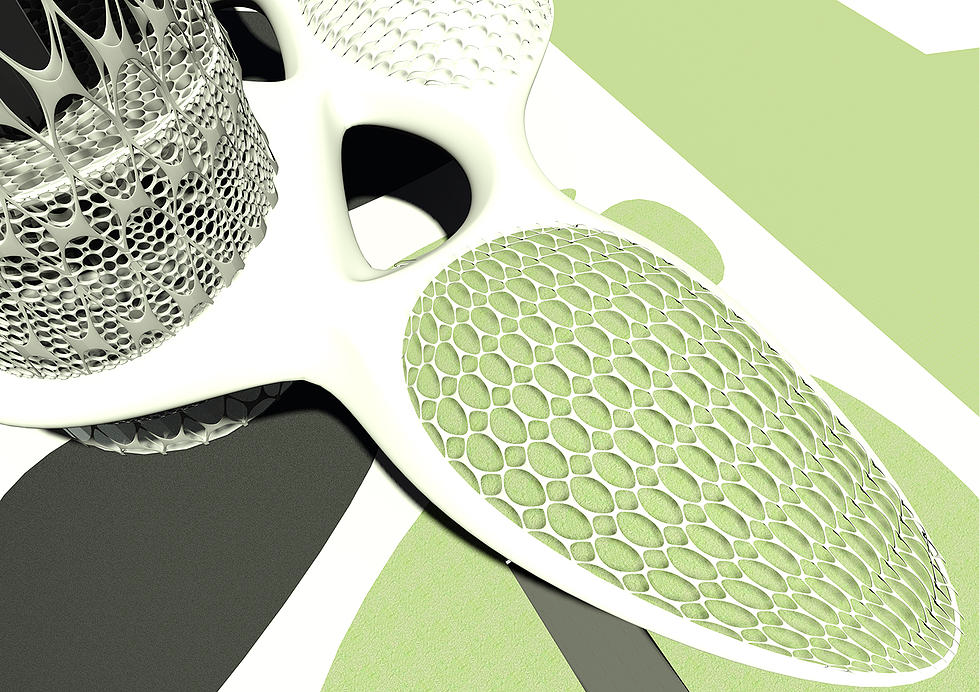