Inspiring Spanish architecture & design events to look out for in 2018 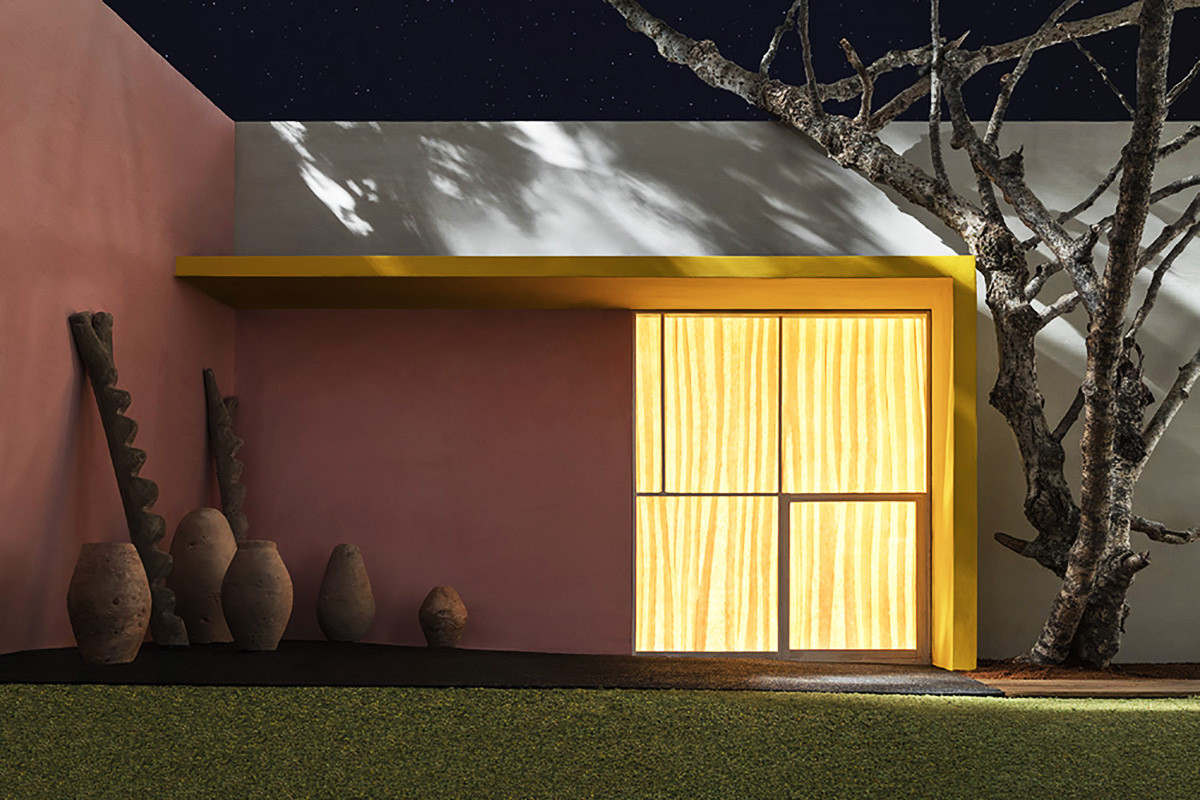 The quality of architecture and design events held in Spain throughout 2017 was very high even by Spanish standards. As we come to the end of the first week of the new year it appears that the momentum gained in the past 12 months will continue well into the new year. In this article, some of the most inspiring events already announced, or branching across from last year into this, are briefly discussed. 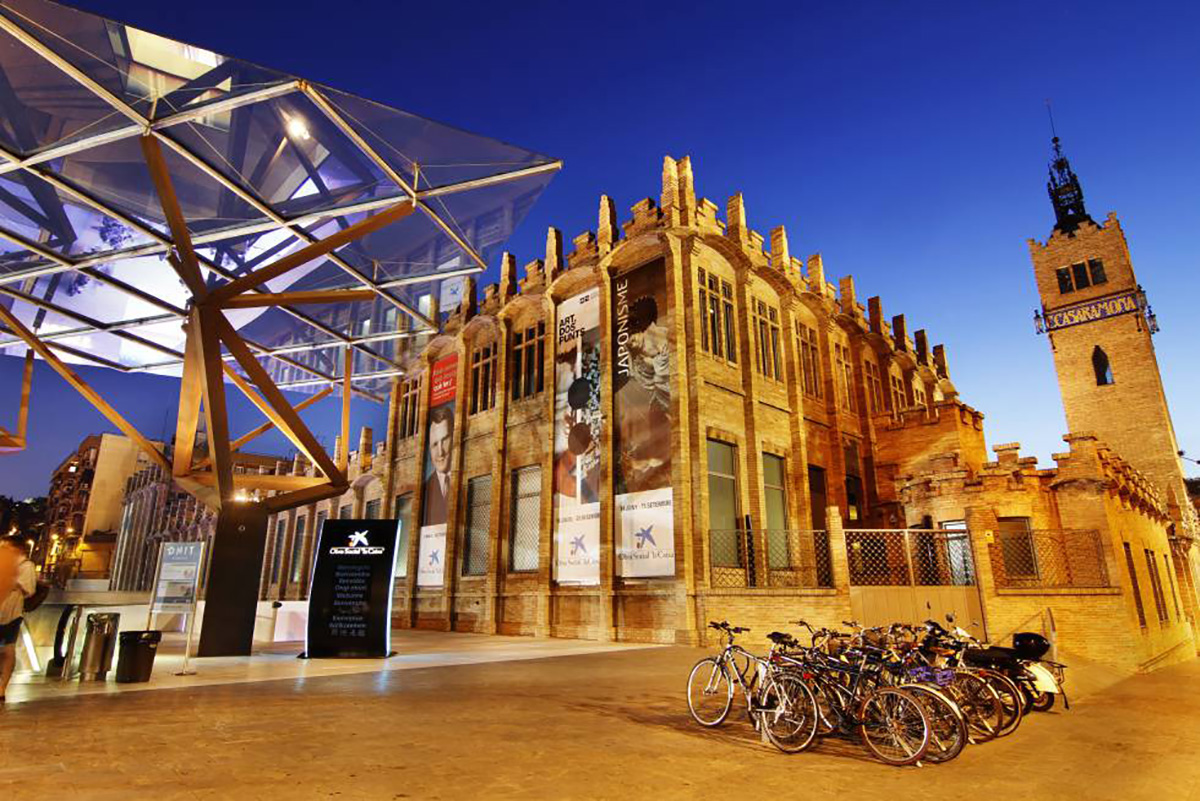 Any visitor to Barcelona will doubtlessly have seen or visited some of the remarkable buildings by Catalan Architect Puig i Cadafalch. The impressive list of his completed works include Casa Amatller, Fabrica Casaramona (currently Caixaforum Barcelona) and Casa Martí (currently the location of the famous restaurant "quatre gats").

2017 was the "Year of Puig i Cadafalch", celebrating 150 years since his birth. In this exhibition, the photographer Ramon Manent i Rodon attempts to offer a unique view of some of the seminal works of the Catalan architect.

Now in its 4th edition, the festival of architecture and design of Logroño invites visitors to rediscover spaces of interest in the historic city through the medium of 12 ephemeral installations which join interior patios, hidden spaces and plazas which go unnoticed in typical daily life.

Some of the pavilions from last years event can be viewed in the above video. Notable installations included in the 2017 festival included the project." Restoration of the cloister at the church of Santa María de Palacio" by Guillermo Santomà, a project which attempted to fictionally complete the renovations carried out by architect Gerardo Cuadra from 1988 to 1996.

The installations for this years event will be announced on the 20th January, following a competition which ran until 27th December. 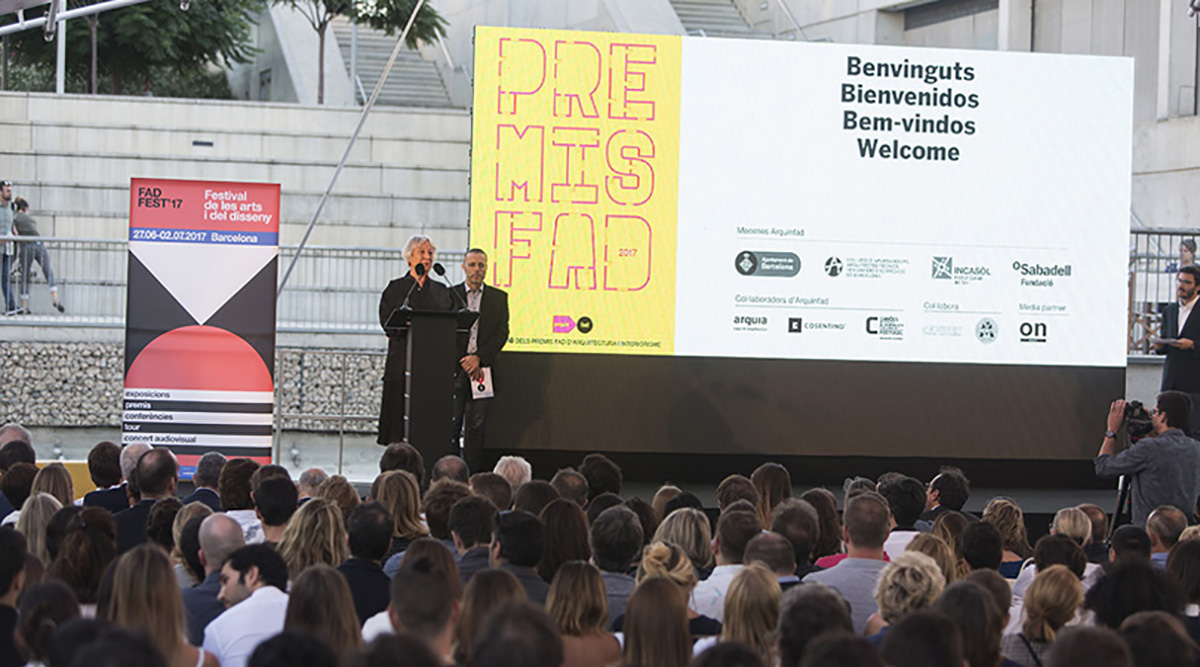 The award also has a category for “thinking and criticism”, which is now in its 13th edition. Works accepted for this category should be published works completed in the Iberian peninsula with an original publication date during 2017. 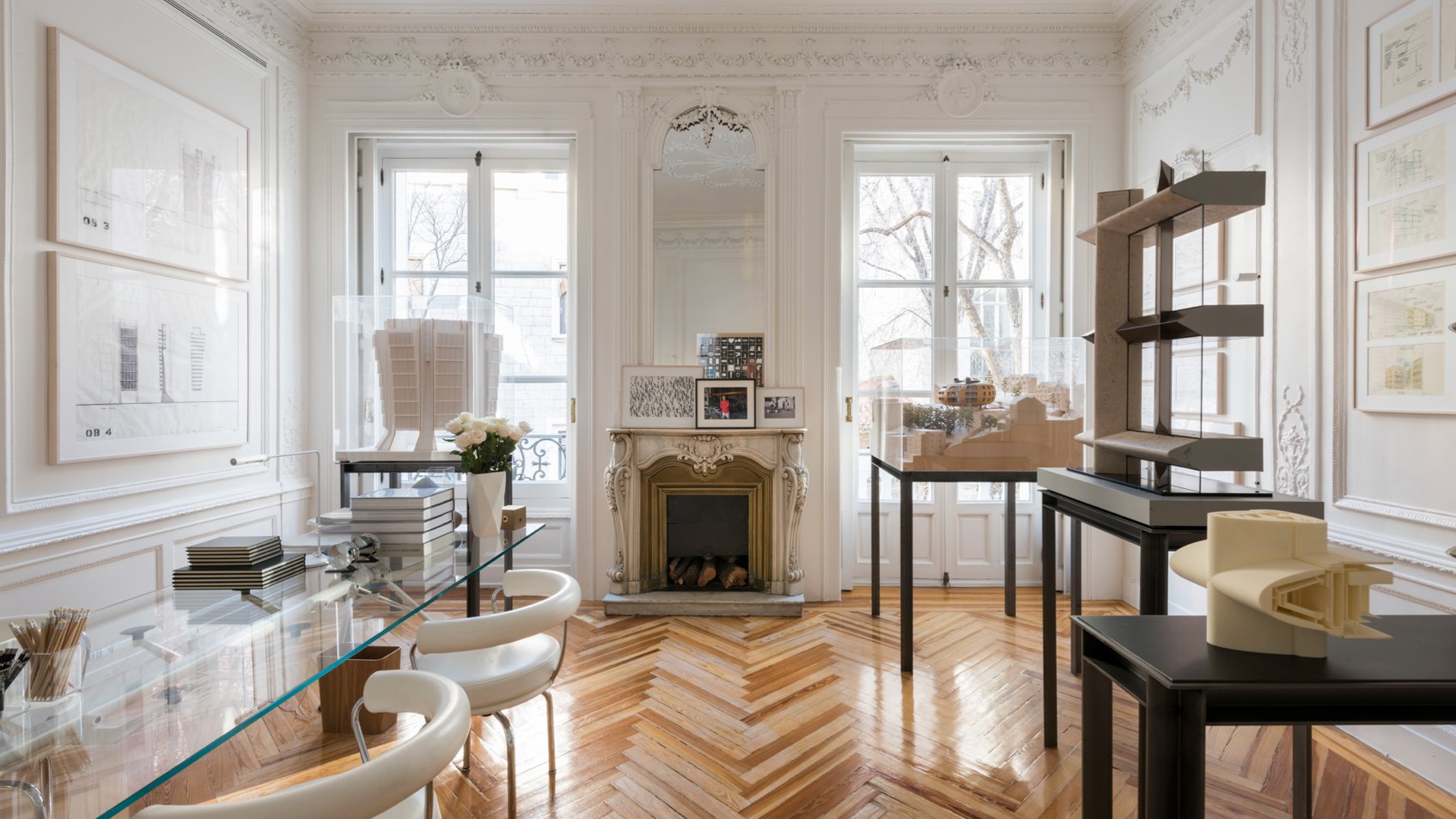 The Norman foster foundation was set up in Madrid in June 2017 to promote interdisciplinary thinking and research. In this, the foundations first digital x annual workshop, a public debate between key architects and thinkers will be held as part of a week long event held in the Madrid base of the foundation.

This exhibition, a co-production by the Barcelona design museum and Caixaforum, presents for the first time in Spain an extensive election of the work of the viennese Architect. The exhibition presents the aesthetic revolution created by Loos, best known for his work “ornament and crime”, and his explorations into the concept of the "Raumplan."

Works shown in the exhibition come from the Hummel collection from Vienna. The exhibition, currently running in Barcelona, will later be shown in the Caixaforum culture centre in Madrid from march until the end of June. 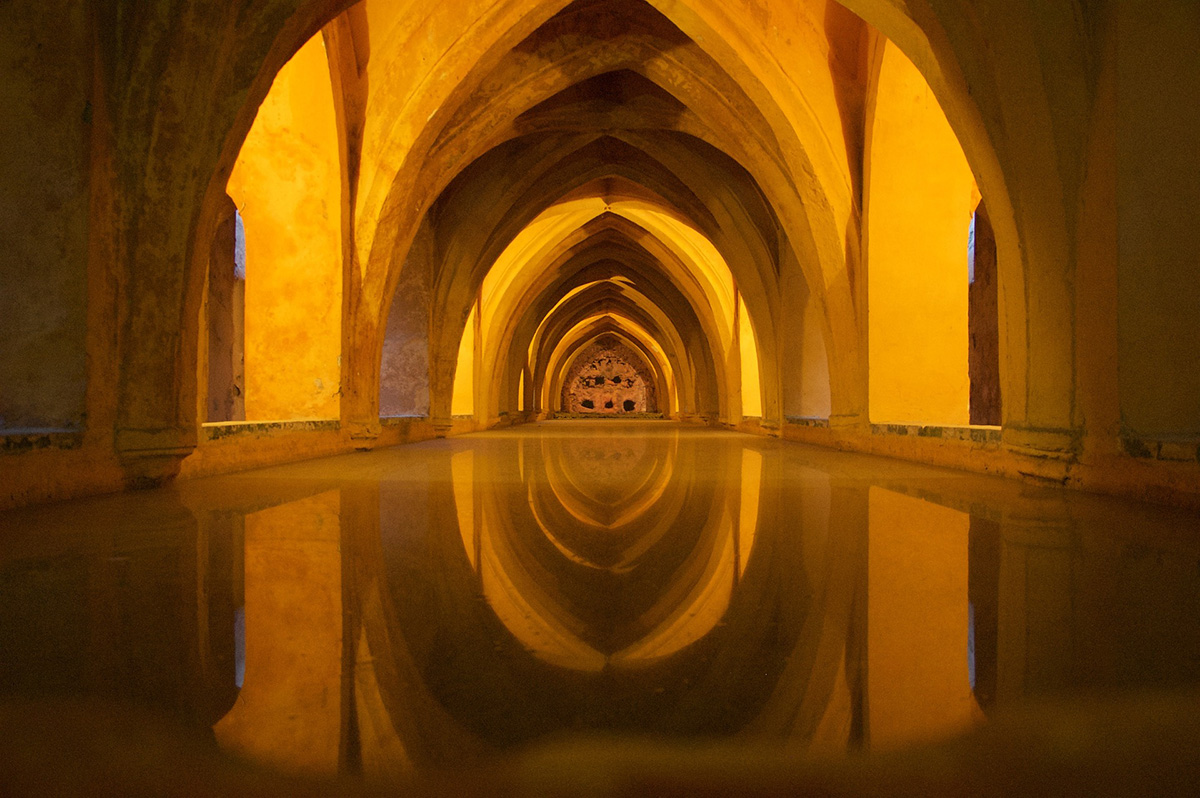 Real Alcazar, seville, one of the destinations on the "architectural adventures Iberia tour". Image © Pixabay

The Iberian peninsular is dotted with a wealth of breathtaking Architecture, ranging for beautiful Moorish architecture in Granada, colourful ceramic clad houses in Lisbon and Gothic architecture in Madrid. One of the hardest choices to make when considering a visit to either Spain or Portugal is not why but instead where you should visit.

This tour, provided by global tour company “Architectural adventures”, presents lovers of Architecture with the incredible opportunity to view the full wealth of buildings that the peninsula has to offer in a once-in-a-lifetime 15 day journey across 12 cities and 2 world heritage sites.

The tour across the Iberian peninsula will be led by two architectural experts, Joachim Moreno PhD and Daniel López Pérez Phd. 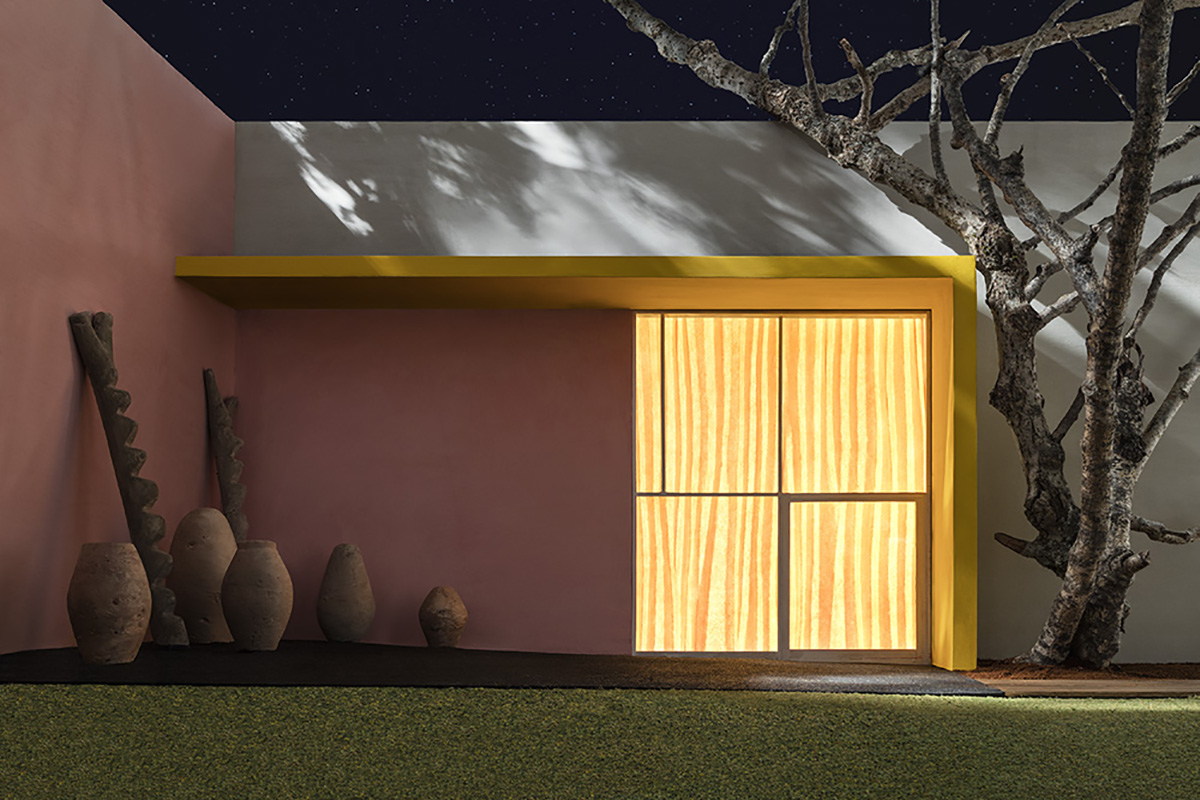 Yellow overhang with patio by James Casebere. One of the works on display in the "Emotional Architecture" exhibition. Image © James Casebere

In this exhibition, held in the "Helga de Alvear" gallery in Madrid the American visual artist James Casebere presents a body of work began in 2016. Inspired by the Mexican architect Luis Barragán, Casebere has returned to his career-long exploration of architectural interiors. Here, Casebere focuses on the use of color, dramatic light and simple planar surfaces in Barragan's work.