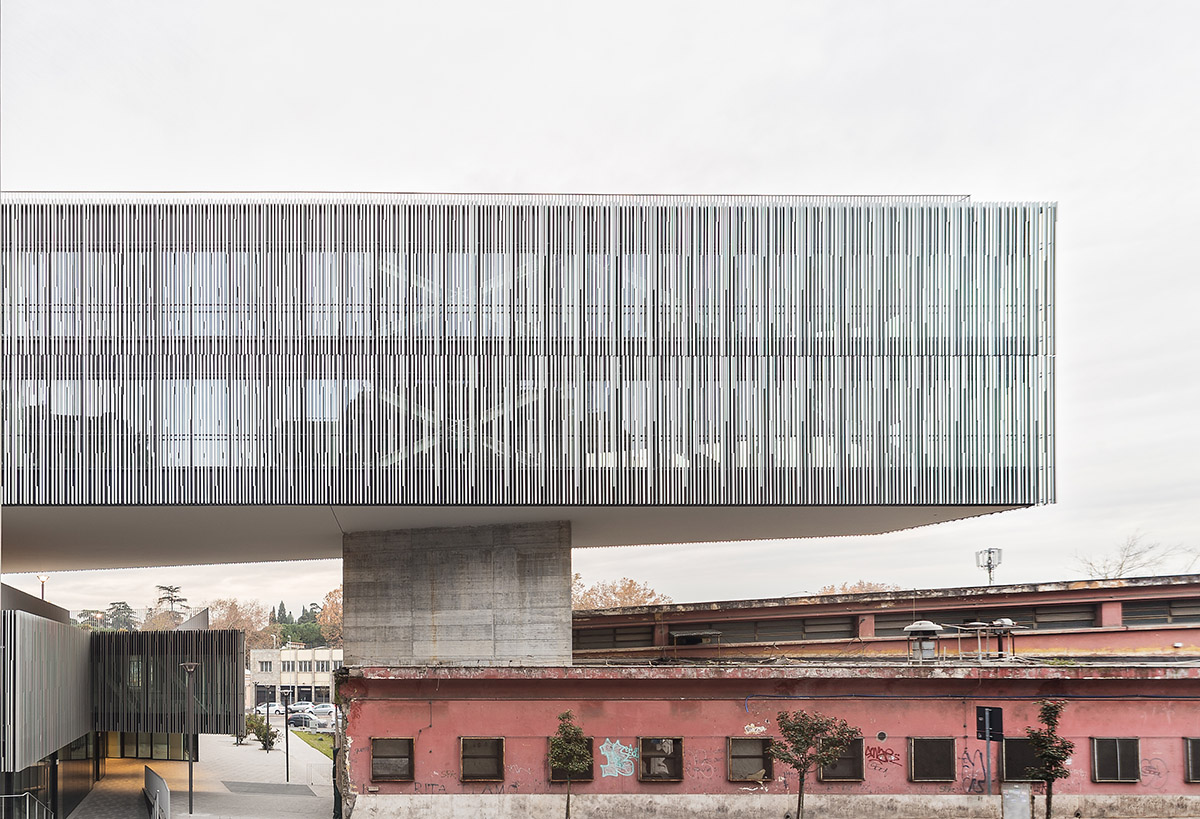 The new mixed-use structure of Labics touches some of the neighbouring buildings and reaches a large part of the city with its giant scale. It is often difficult to design such top-level structures in relation to their surroundings.

But if this is one of the basic design principles of the office, it becomes inevitable that the structure is fragmented, linked to many spaces or buildings, foster new connections and at the same time, seems to modern, clean, simple and elegant. 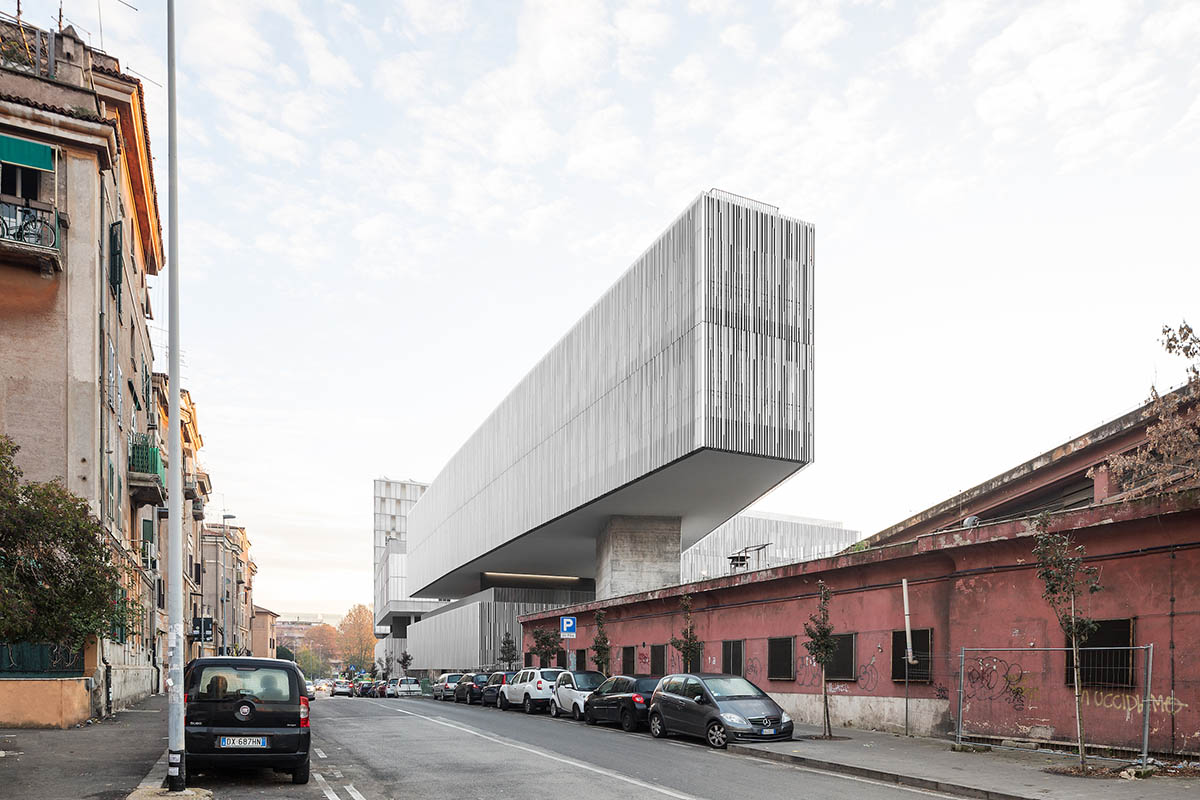 Rome-based architecture office Labics has completed the new mixed-use complex in the eastern part of Rome, as part of a regeneration plan on a triangular plot, which is located between the modernized train station Tiburtina,the ICP (public housing) Tiburtino quarter, the Verano Monumental Cemetery and Piazzale delle Province. 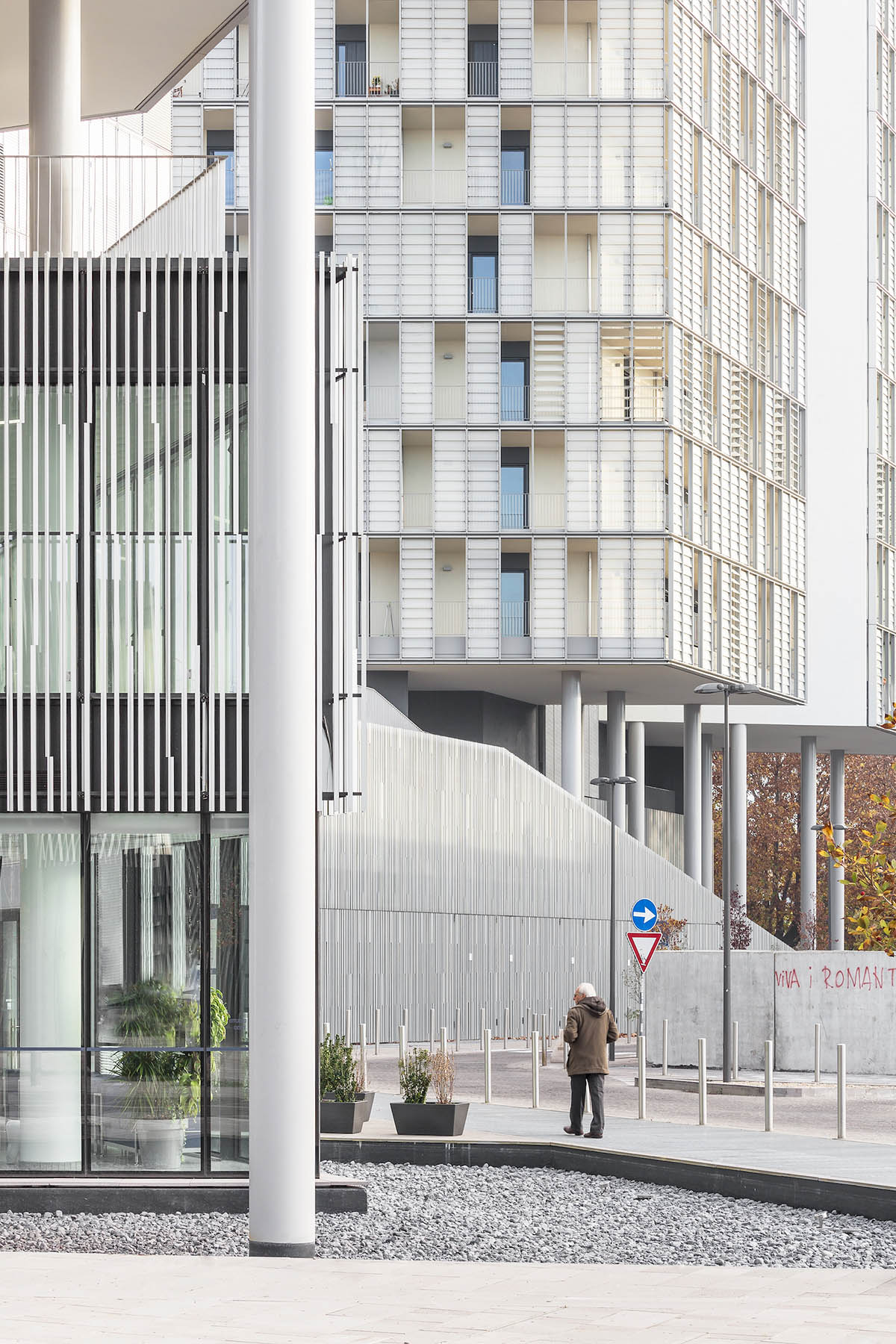 Named City of Sun, the 11,800-square-metre building is composed of various program functions, including residential units, offices, retail spaces, public library (but not yet built) and parking.

Creating a workable public space sits at core of design, and based on this, the mega units are gently scattered thoughout the plot, some of them consisting of underpasses, some of them defining a new public space. 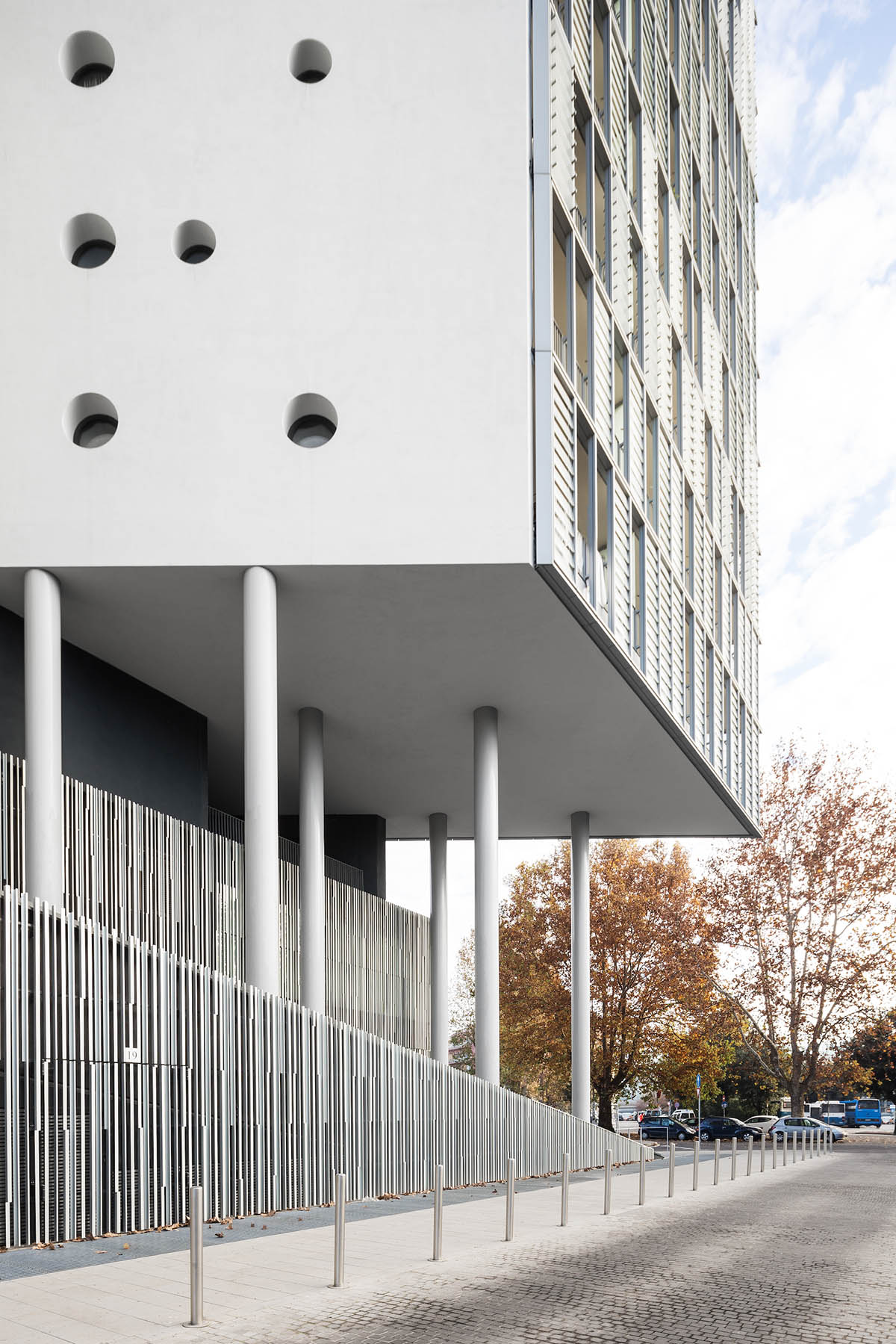 The office won a competition launched by the Municipality of Rome in 2007, as part of the actions undertaken by the capital’s administration to enhance some of the areas used as a depot by the local public transport company.

The project, led by Maria Claudia Clemente and Francesco Isidori, covers a patch of land previously occupied by the ATAC (the public bus company in Rome) depot. 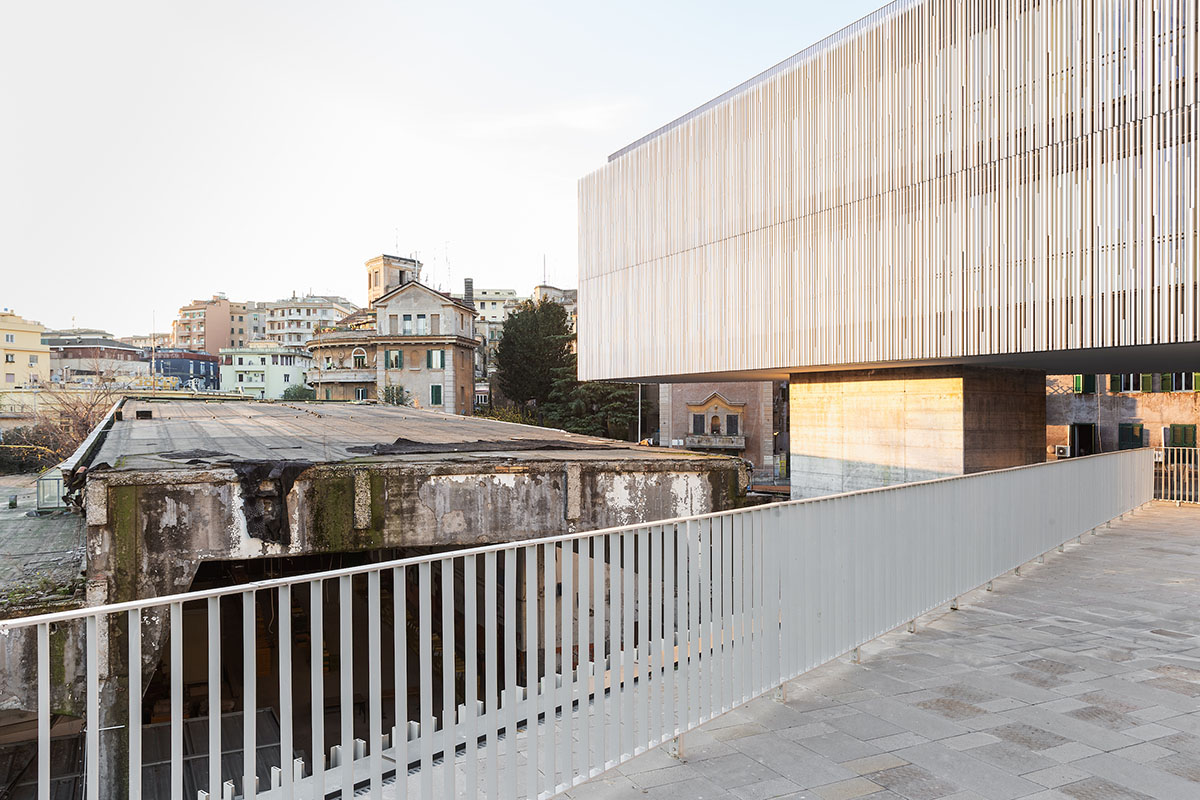 The key aspect of the project is that the scheme is completely designed as "an open project focused on sharing and interconnection with the dynamics of the neighborhood, located on the edge of the city centre," stated the office in its project description. 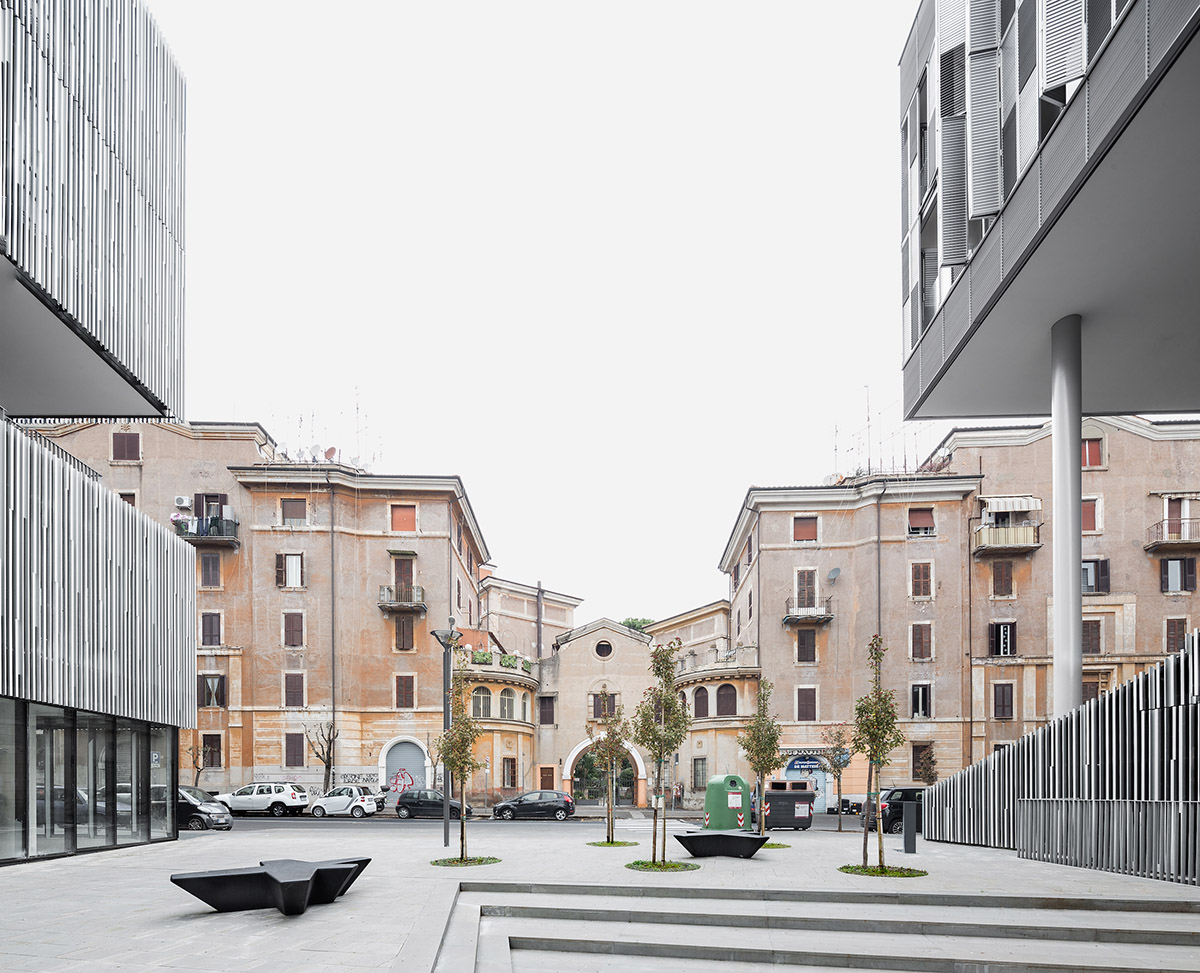 The studio produces a study of the geometries, composed of the solids/voids relationship and a meticulous reading of the local identity, starting with the neighboring Tiburtino II quarter as the basic design principle, the project develops a complex system of relationships between spaces and heights. 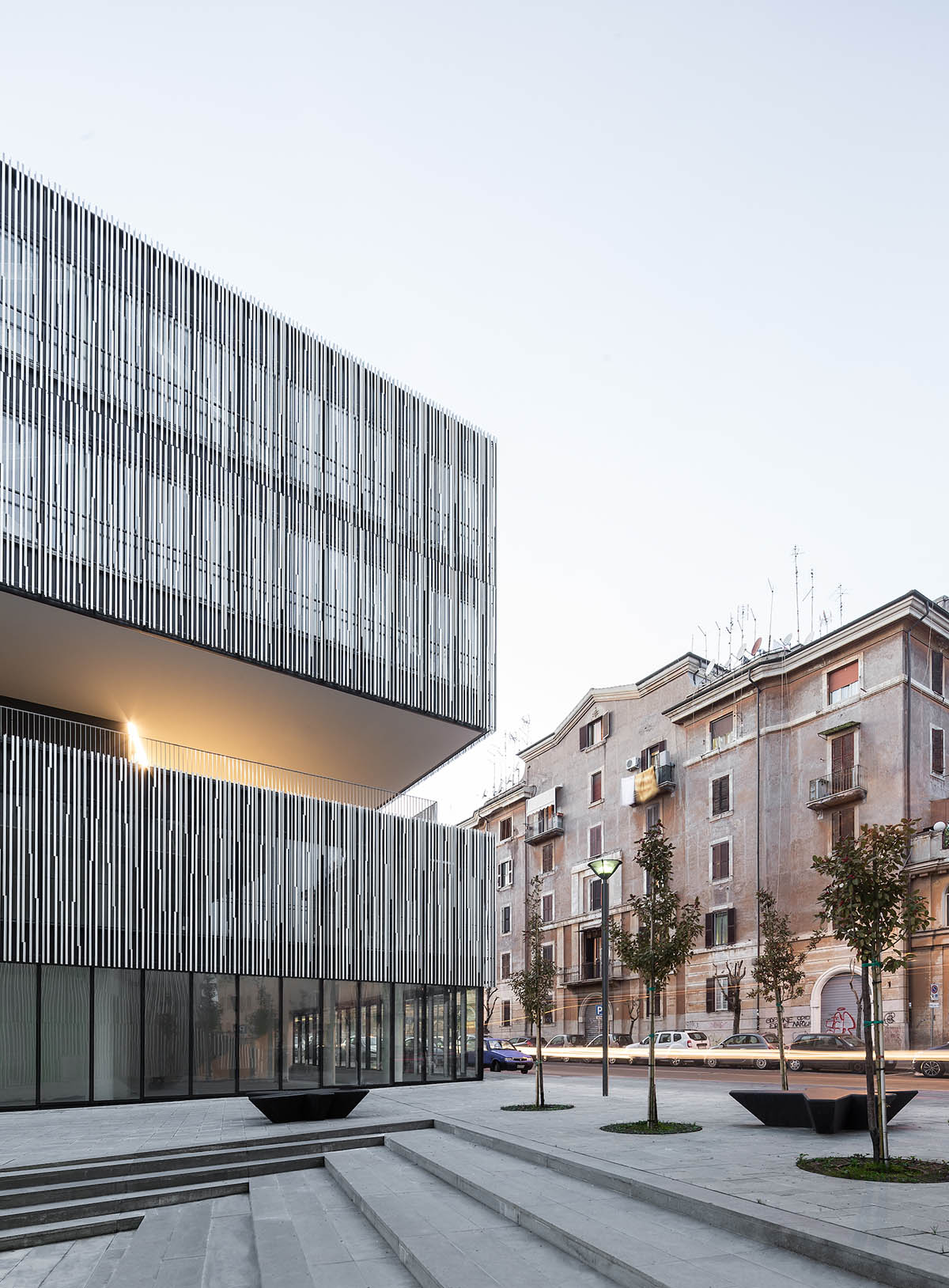 “City of Sun is a highly specific project. It arises and belongs to the context in whichit is situated; unlike many contemporary projects that are cloned like marketing products, it could not be located in any other place," said Maria Claudia Clemente and Francesco Isidori of Labics. 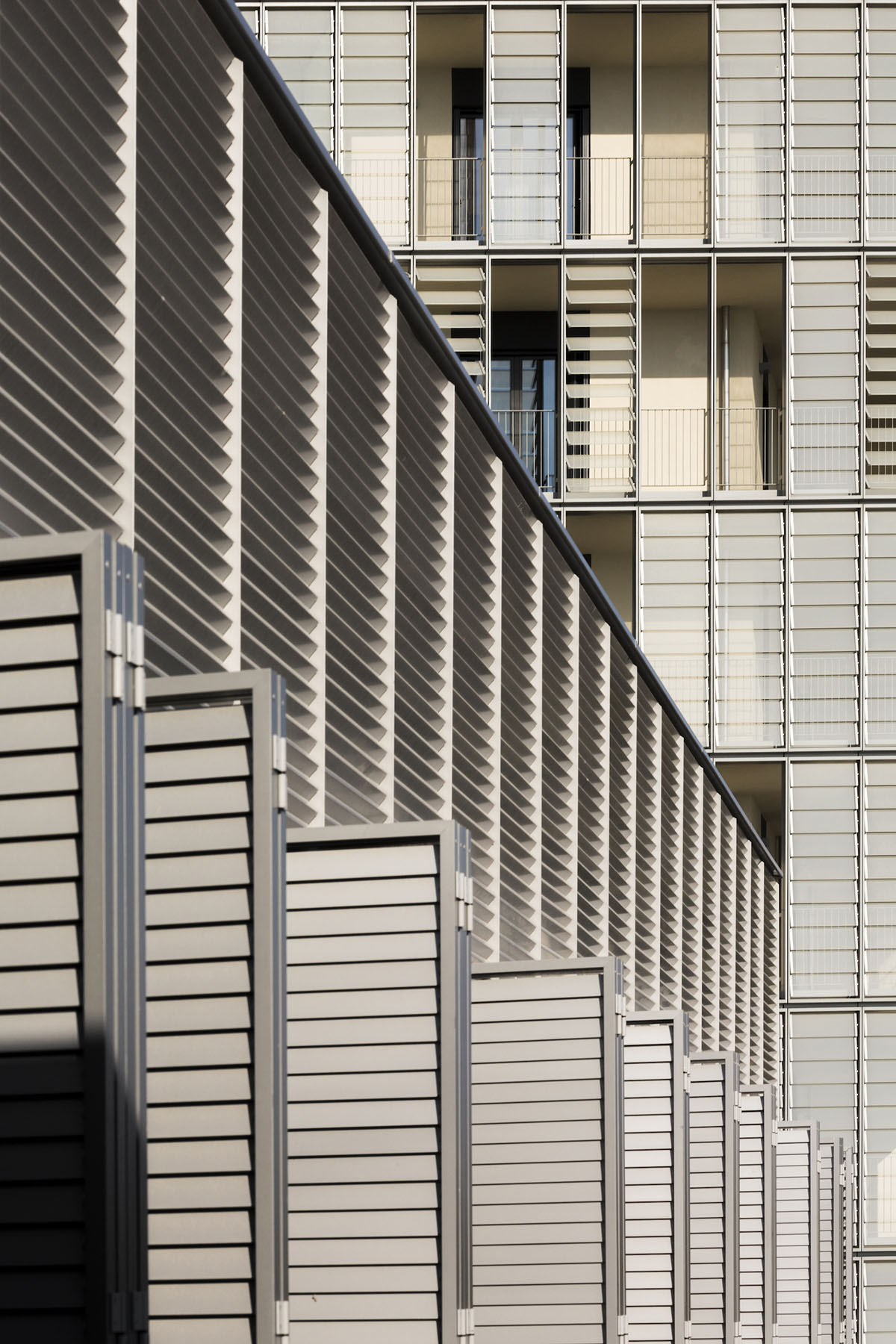 "Its layout, geometries, dimensions, and the solids/voids relationship arise from a careful reading of the context, both at the urban scale – in that it is located on the edge of the established city – and, primarily, local scale, in the intensity of the dialogue which interweaves ith the neighbouring Tiburtino II."

"Even the articulated morphology of the public space, which represents the heart and real structure of the project, arises in a certain sense from the context, in addition to the desire to experiment with new forms of relationships between architecture, the city and public space," the architects added. 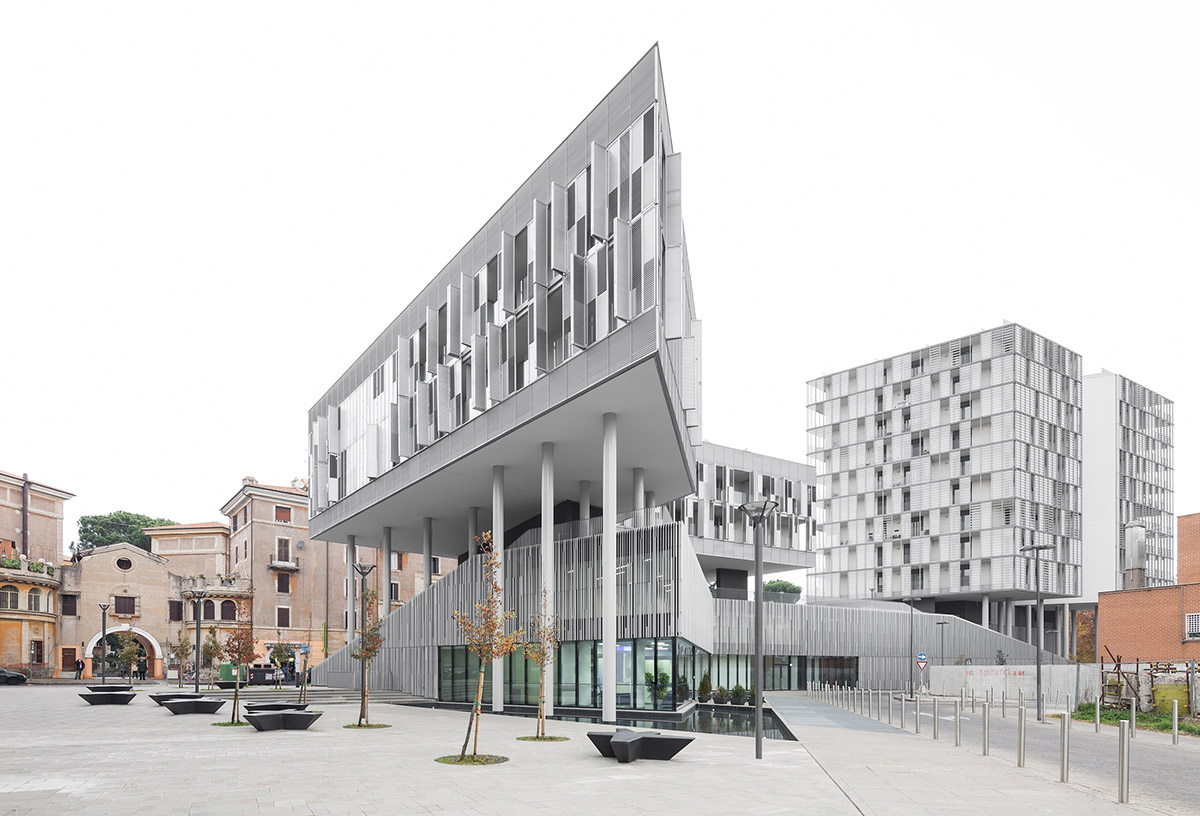 The multifunctional program of the building is reflected with a spatial arrangement, providing a commercial area at street level with office spaces above.

On the façade, the studio uses slight overhangs and aluminium sunshades, made with commercial profiles pre-assembled into 4 different geometric combinations: the result is an effective composition and an original pattern. 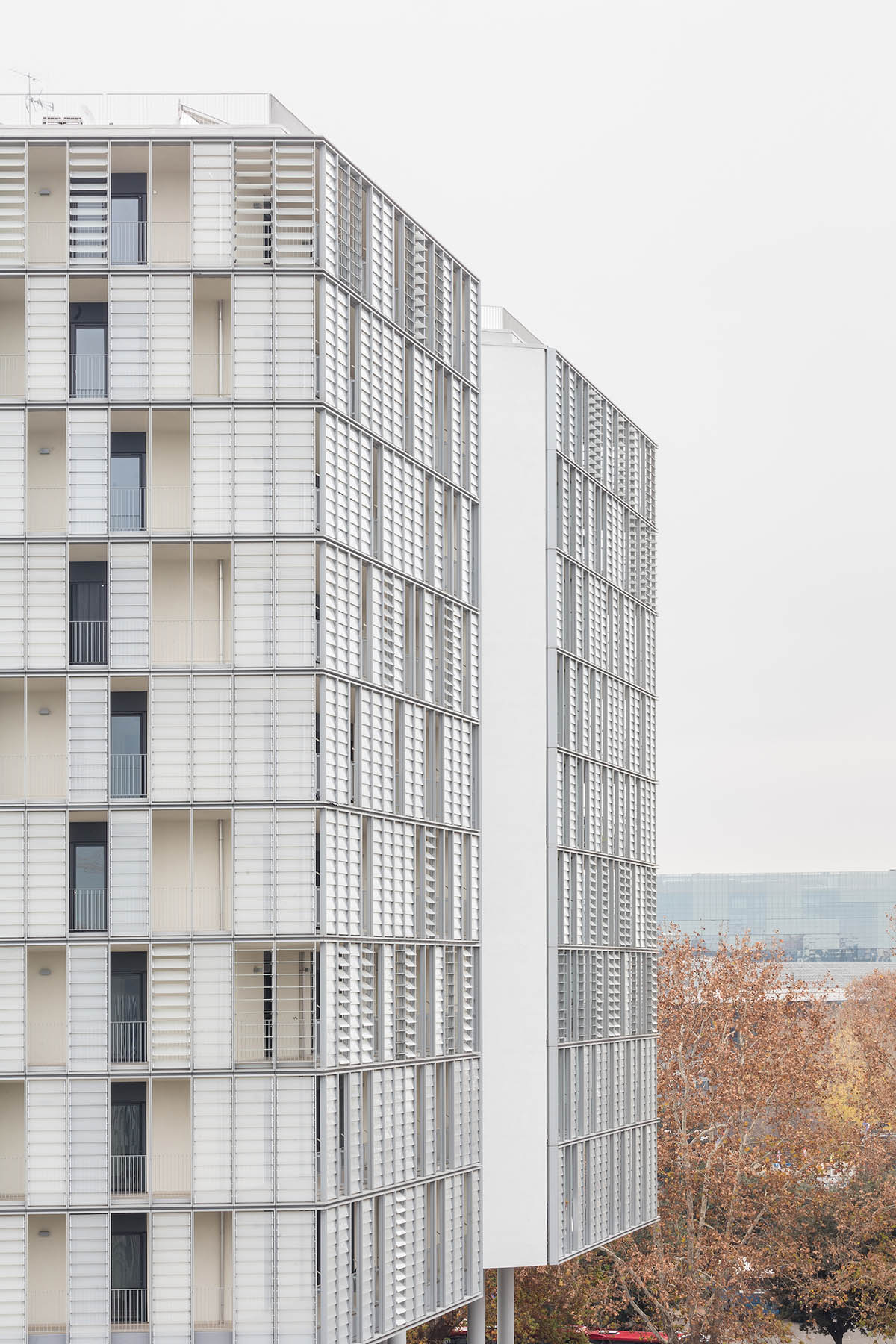 The project offers two types of residences:"urban villas" and "tall houses." The 8 urban villas, 100 and 160 square meters in size, are distributed over two floors plus a roof terrace and are designed as real single-family homes. 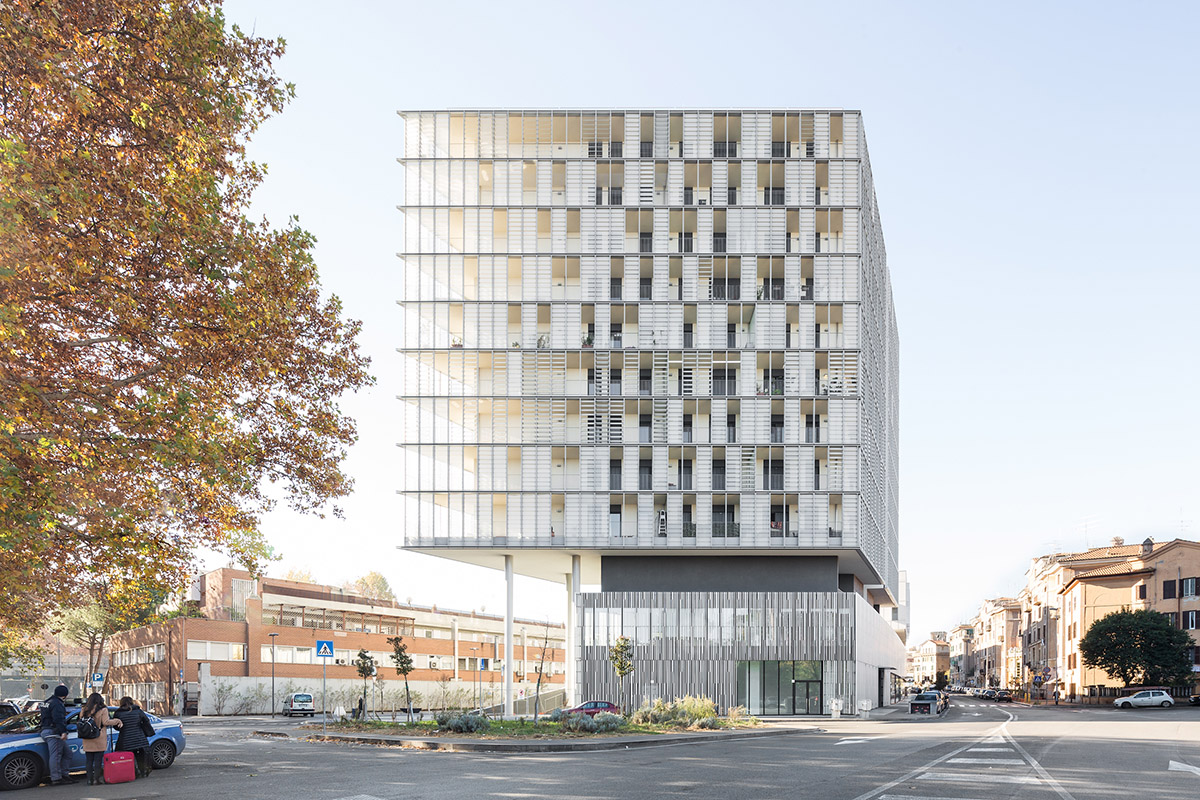 They are situated in the block occupying a central position on the lot of land. The tall houses, simplex accommodations of various sizes, are located in the tower volume east of the lot, with 9 levels above ground.

They complex houses 72 apartments ranging from 40 to 120 square meters. The loggias of these apartments vary in depth according to their orientation. 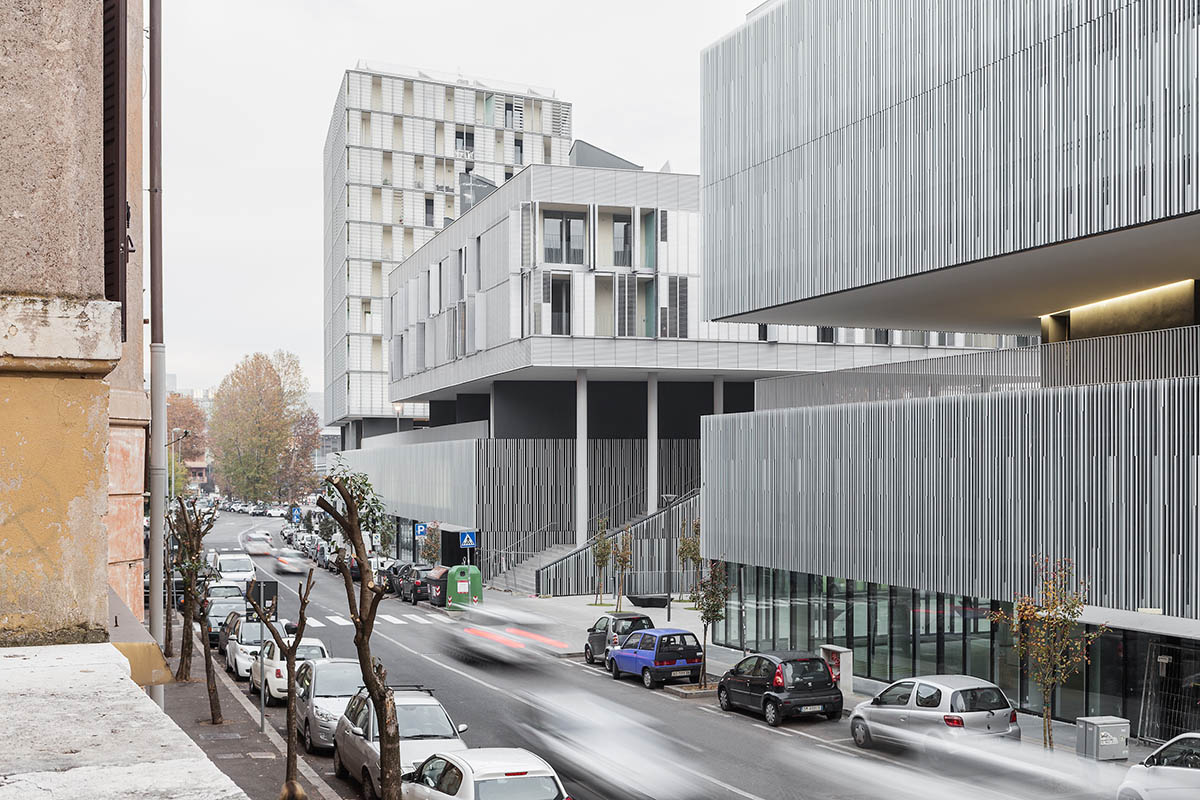 The library (not yet built), located at the head of the triangular lot, is made up of reinforced concrete shelter, now painted red, designed in 1937 by the engineer Mario Loreti, which over the decades has become an identity element for the neighborhood.

Groundbreaking in 2010 led to the discovery of archaeological finds, including a monumental mithraeum, water conduits, mosaic floors and paving stones. 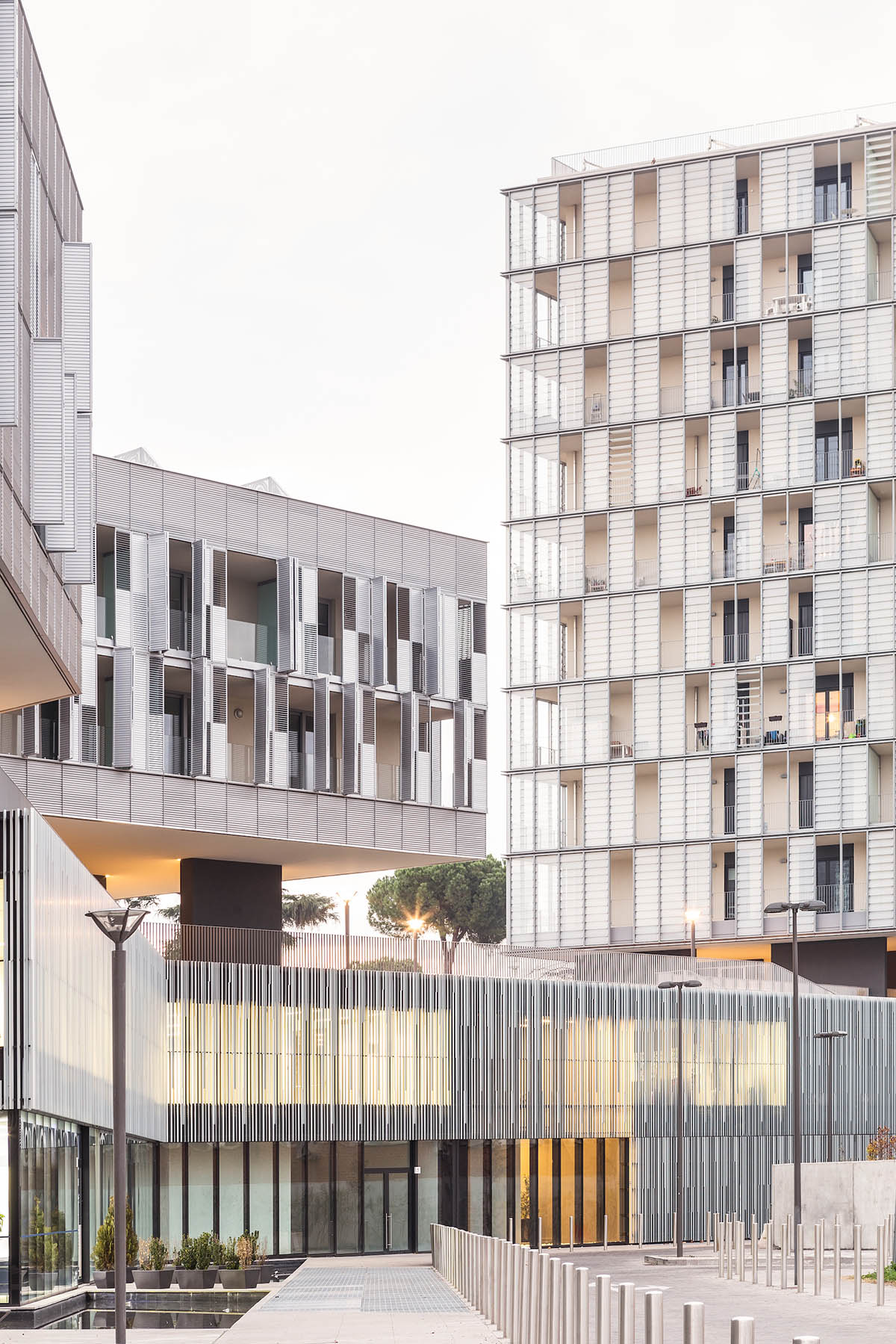 These finds were included in the design and now represent a “hortus antiquario” open to the city and also visible from the high terraces. The historical layering discovered in the area further develops the layout conceived by Labics and expands the skillful spatial composition that guided the definition of the project.

As the architects of Labics point out, “the most important aspects of an urban regeneration project are the relationship with the context and the creation of shared spaces capable ofrooting the project in the local community.” 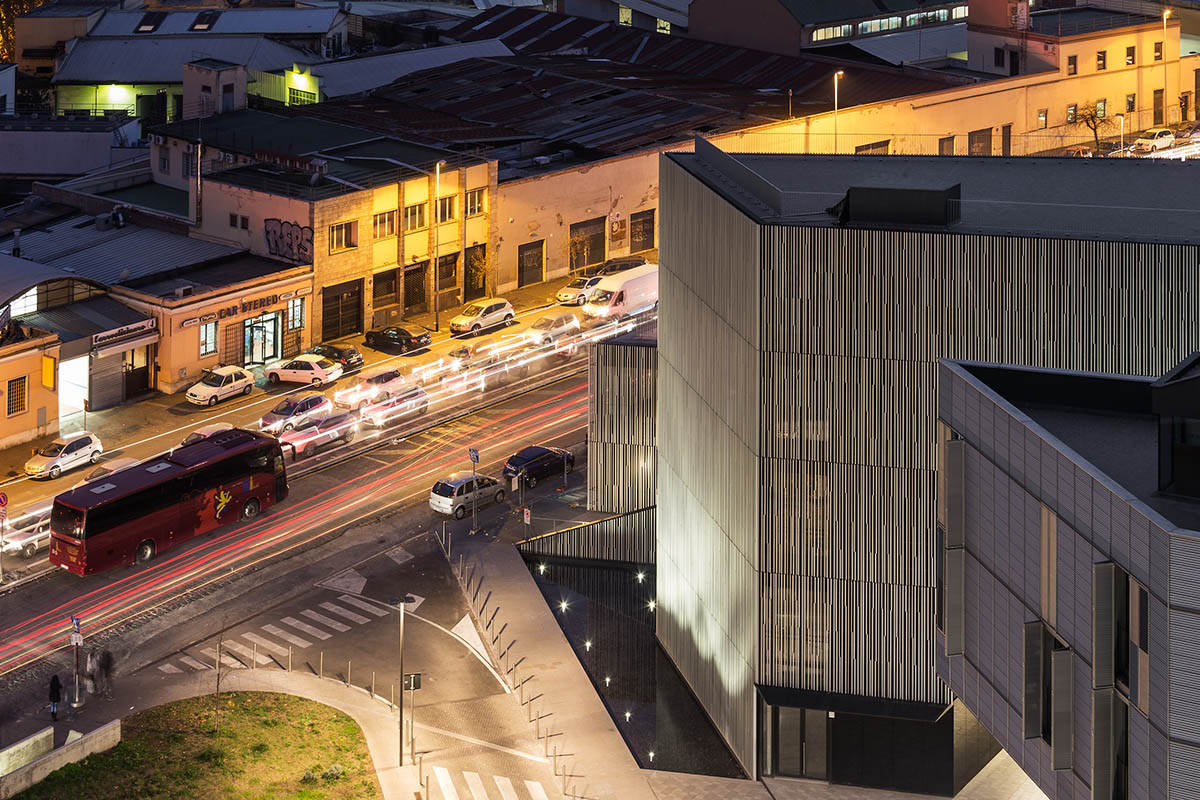 "This is the perspective in which the extended study of the local urban fabric, in large part twentieth-century, should be seen. In particular, the lot on which the competition focused falls within the immediate vicinity of the ICP Tiburtino II quarter, a low-cost residential complex dating back to 1926/1928 and organized in blocks, the work of Giorgio Guidi and Innocenzo Sabbatini. Moreover, the latter designer came up with the design of the buildingto which City of Sun ideally intends to pay homage with its name," stated the office. 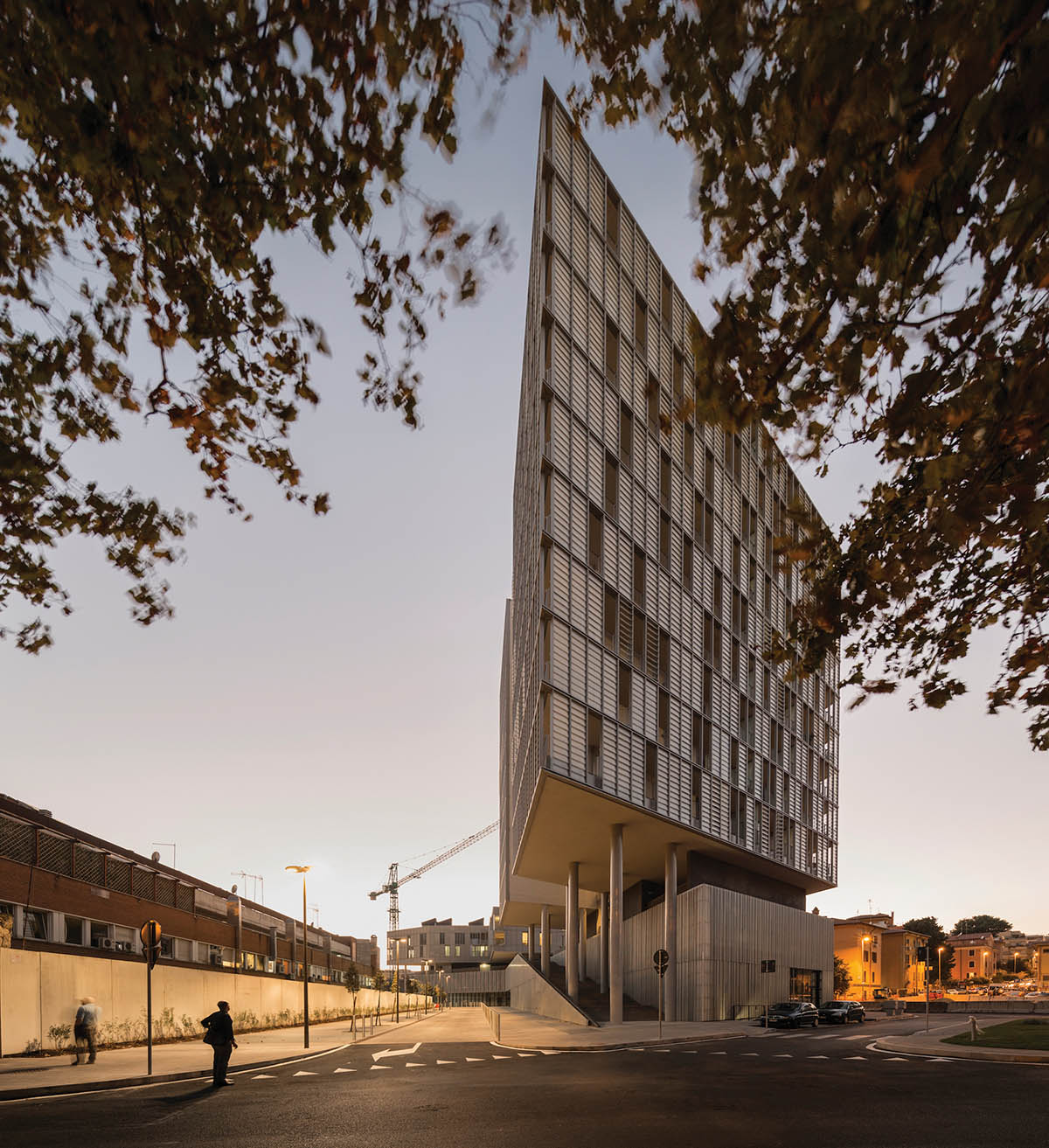 Plexiglass model of the project 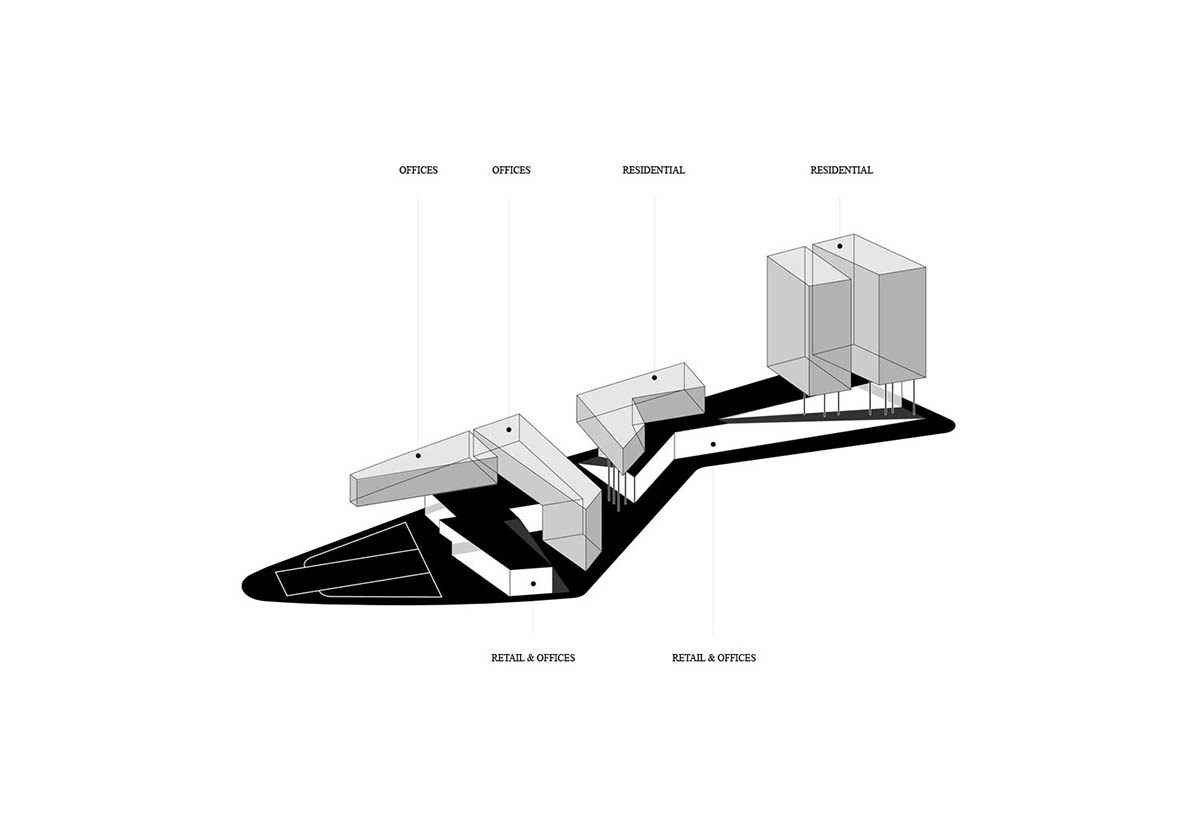 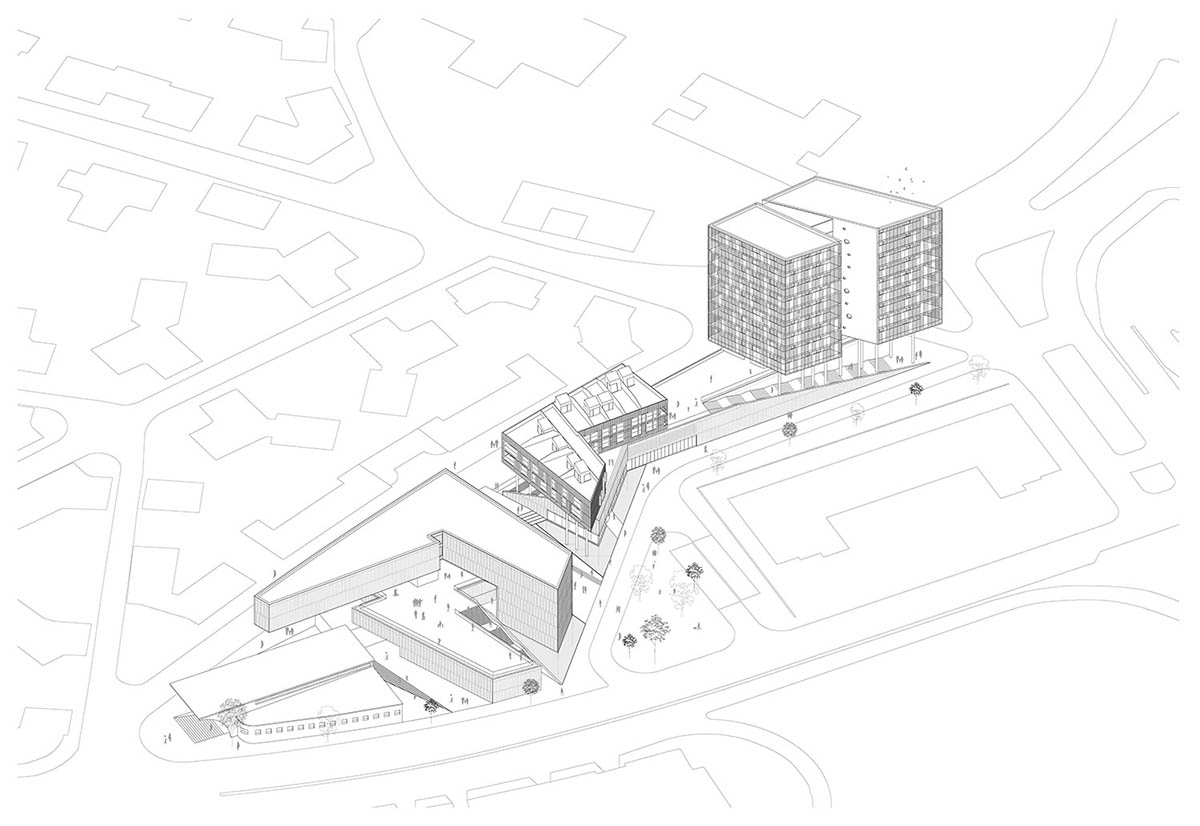 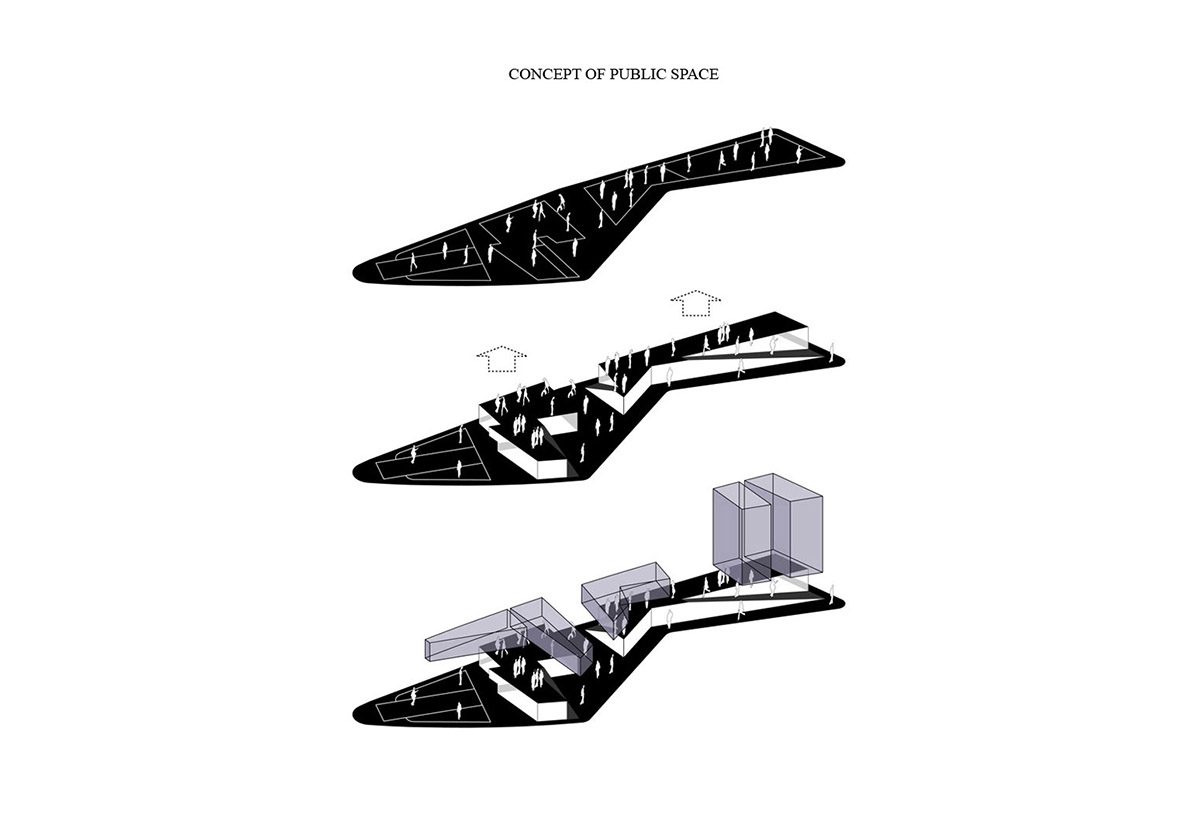 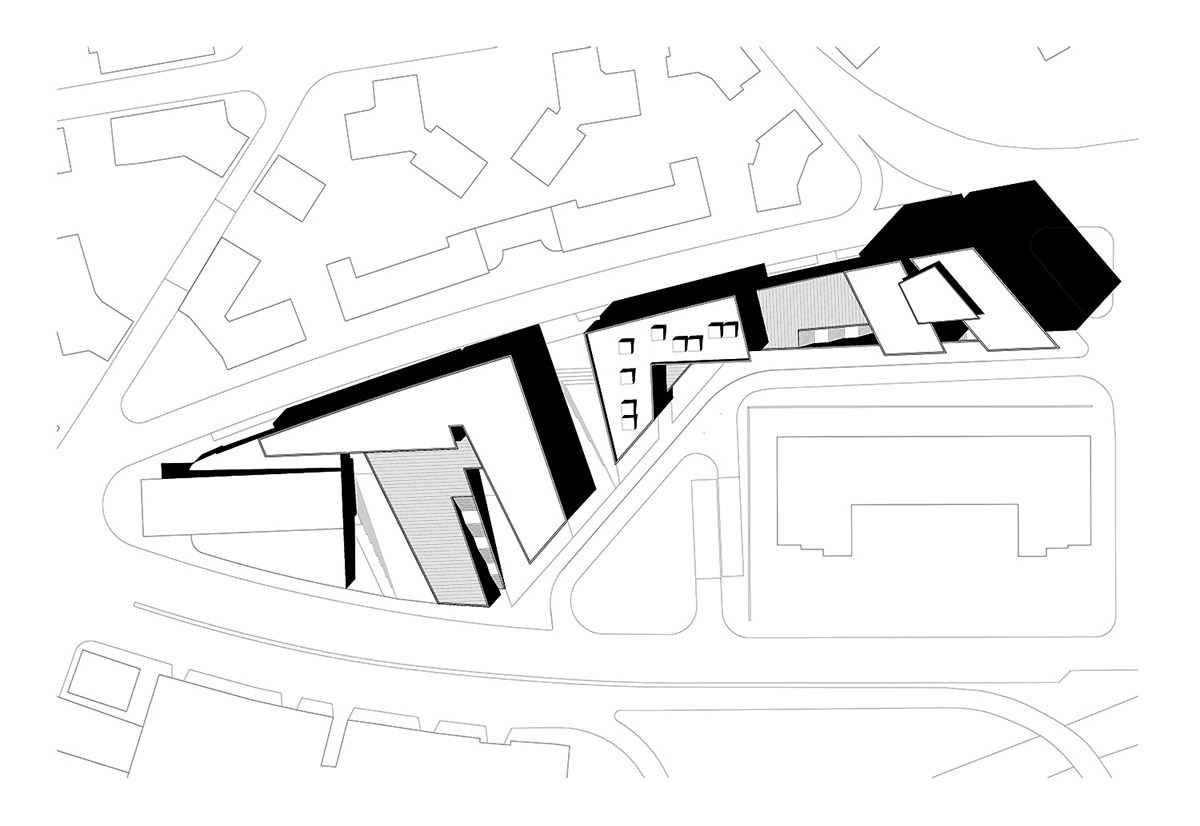 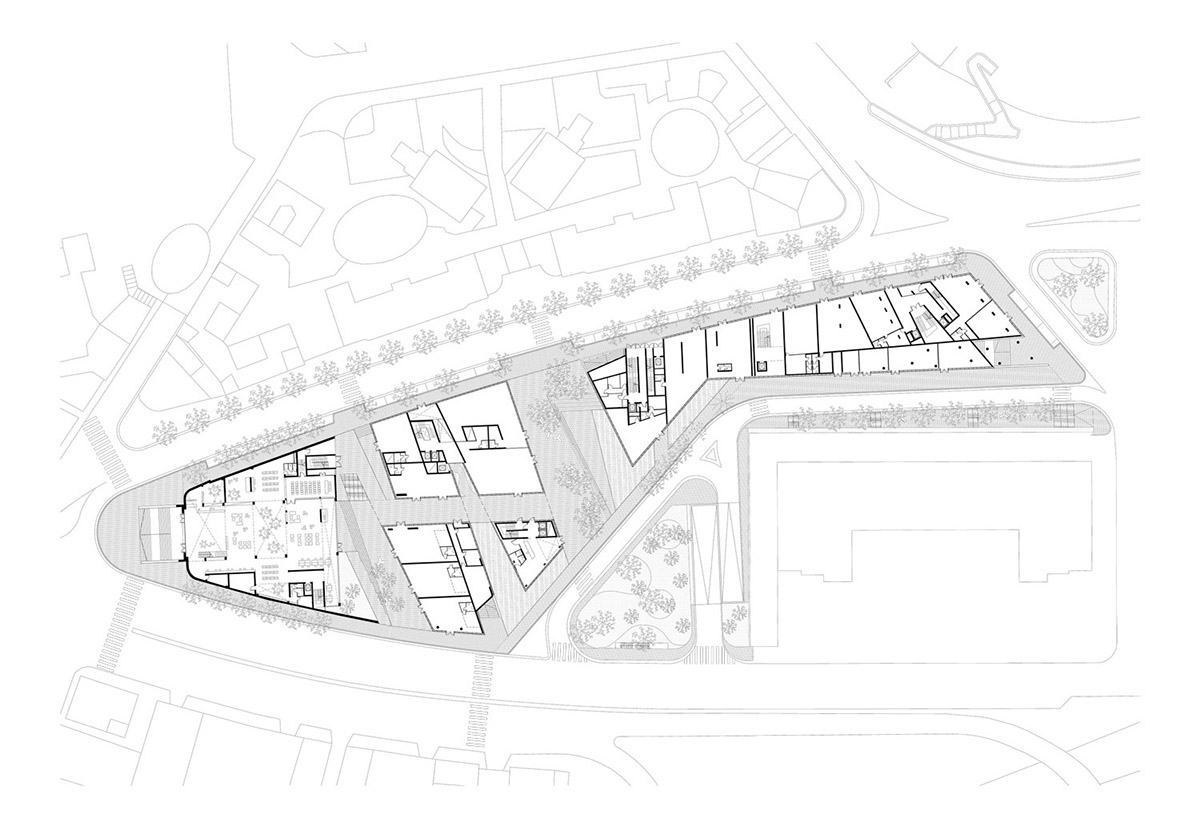 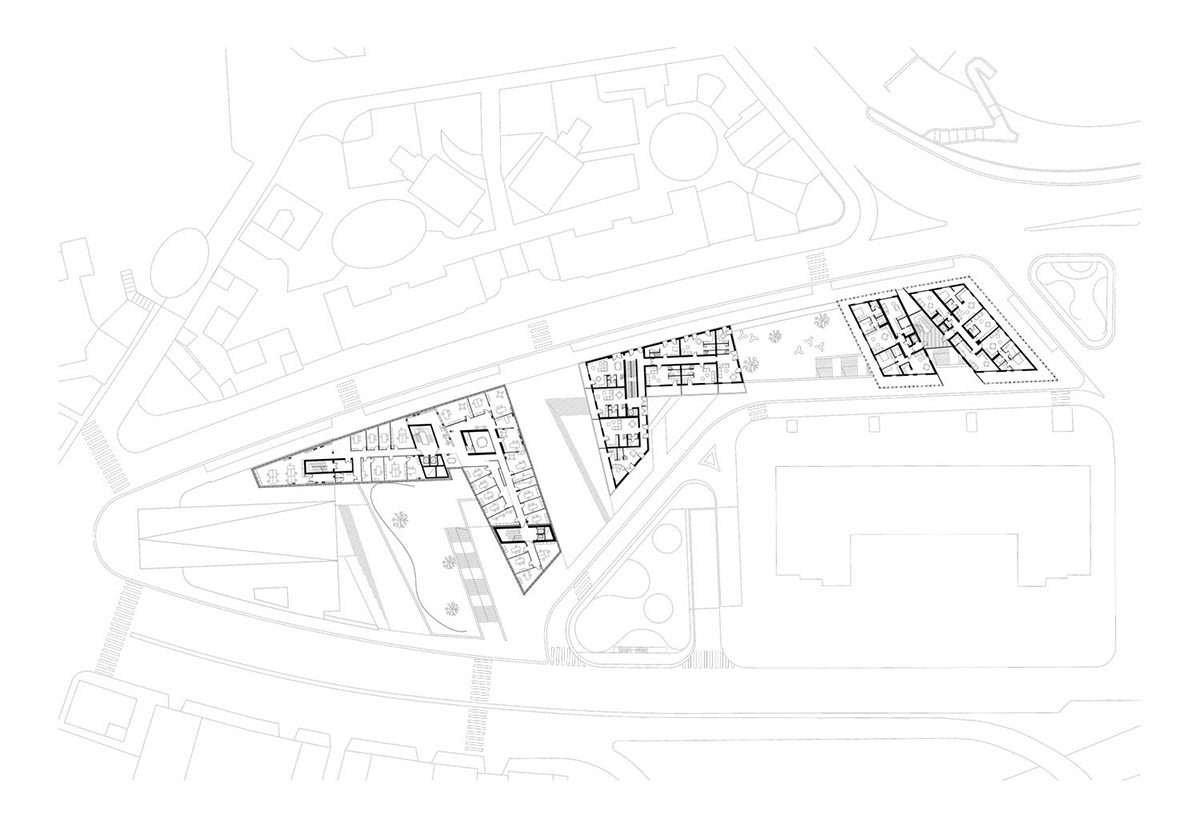 Labics, based in Rome, is an architectural and urban planning practice founded in 2002 by Maria Claudia Clemente and Francesco Isidori. The studio produces different types of projects, specifically in Italy, but also other cities of the world.

The studio's design approach integrates the theoretical approach with applied research, the field of interest of the office extends from the interior small scale to the scale of urban masterplans, going through the different scales and complexities of the project.

Name of the project: Città del Sole / City of Sun