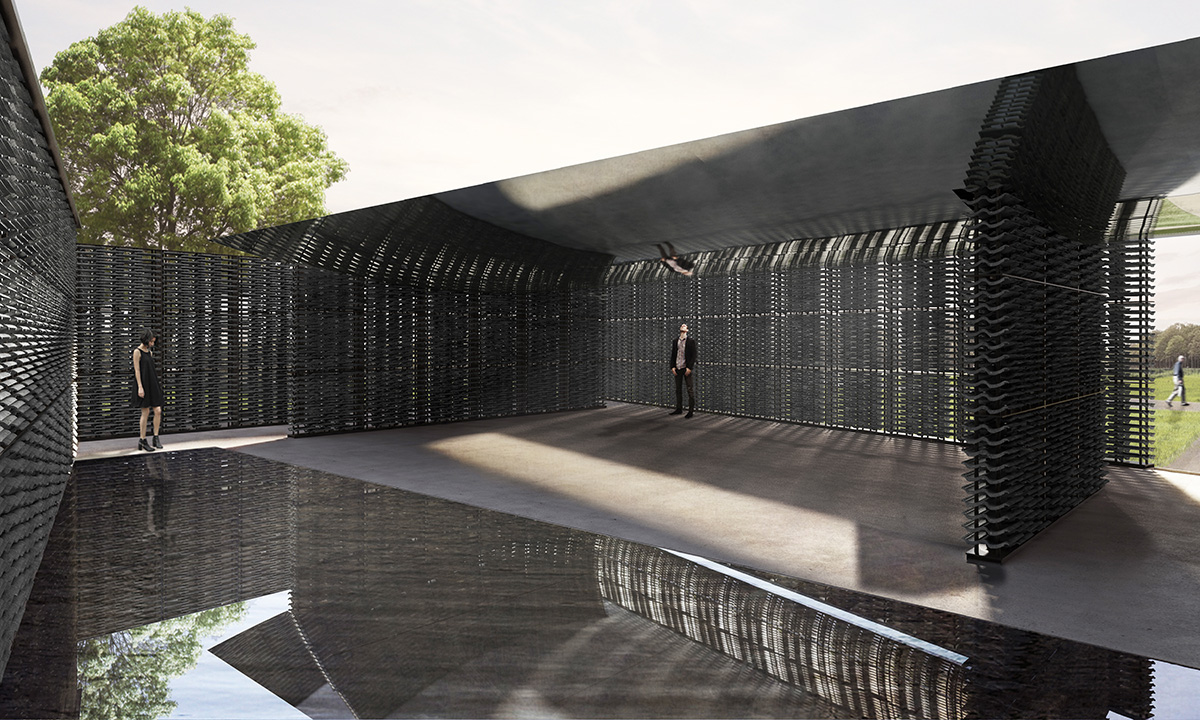 Mexican architect Frida Escobedo has been selected as the designer of the 2018 Serpentine Pavilion, which will be on view from June 15, 2018 to October 7, 2018 in London's Kensington Gardens.

Escobedo's design proposal described as "harnessing a subtle interplay of light, water and geometry, her atmospheric courtyard-based design draws on both the domestic architecture of Mexico and British materials and history, specifically the Prime Meridian line at London’s Royal Observatory in Greenwich," by the Serpentine Galleries. 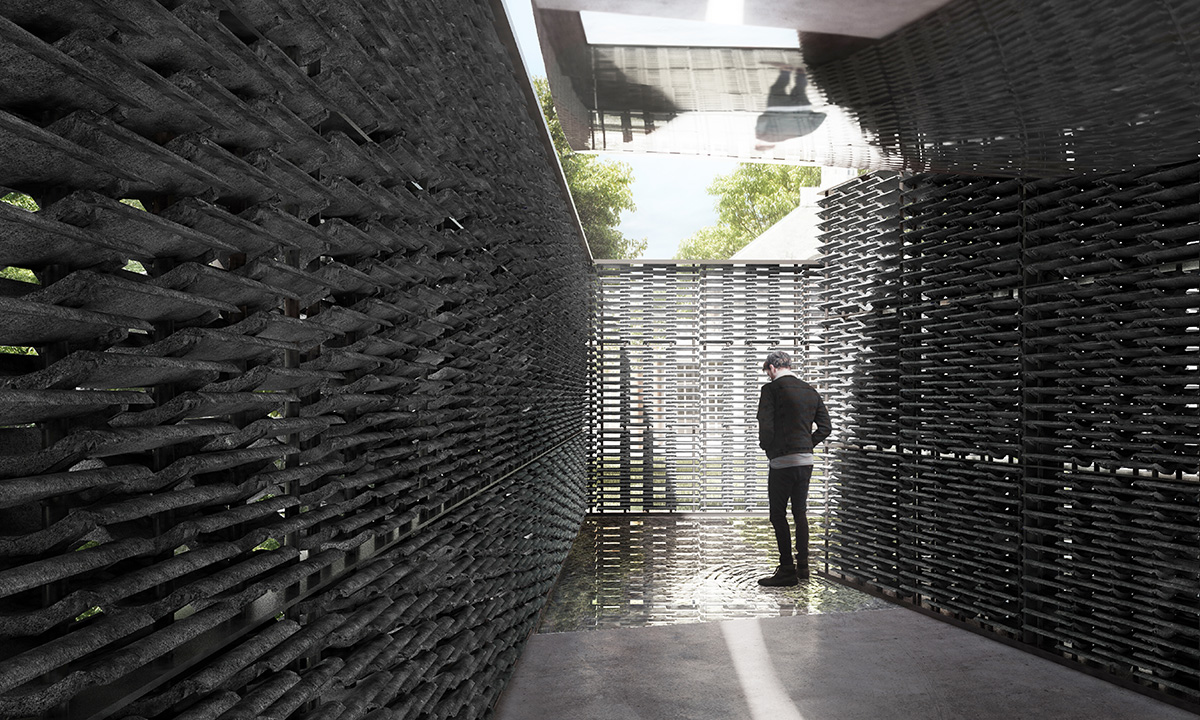 "Escobedo’s Pavilion will take the form of an enclosed courtyard, comprised of two rectangular volumes positioned at an angle."

"While the outer walls will be aligned with the Serpentine Gallery’s eastern façade, the axis of the internal courtyard will align directly to the north. Internal courtyards are a common feature of Mexican domestic architecture, while the Pavilion’s pivoted axis refers to the Prime Meridian, which was established in 1851 at Greenwich and became the global standard marker of time and geographical distance," stated in a press release. 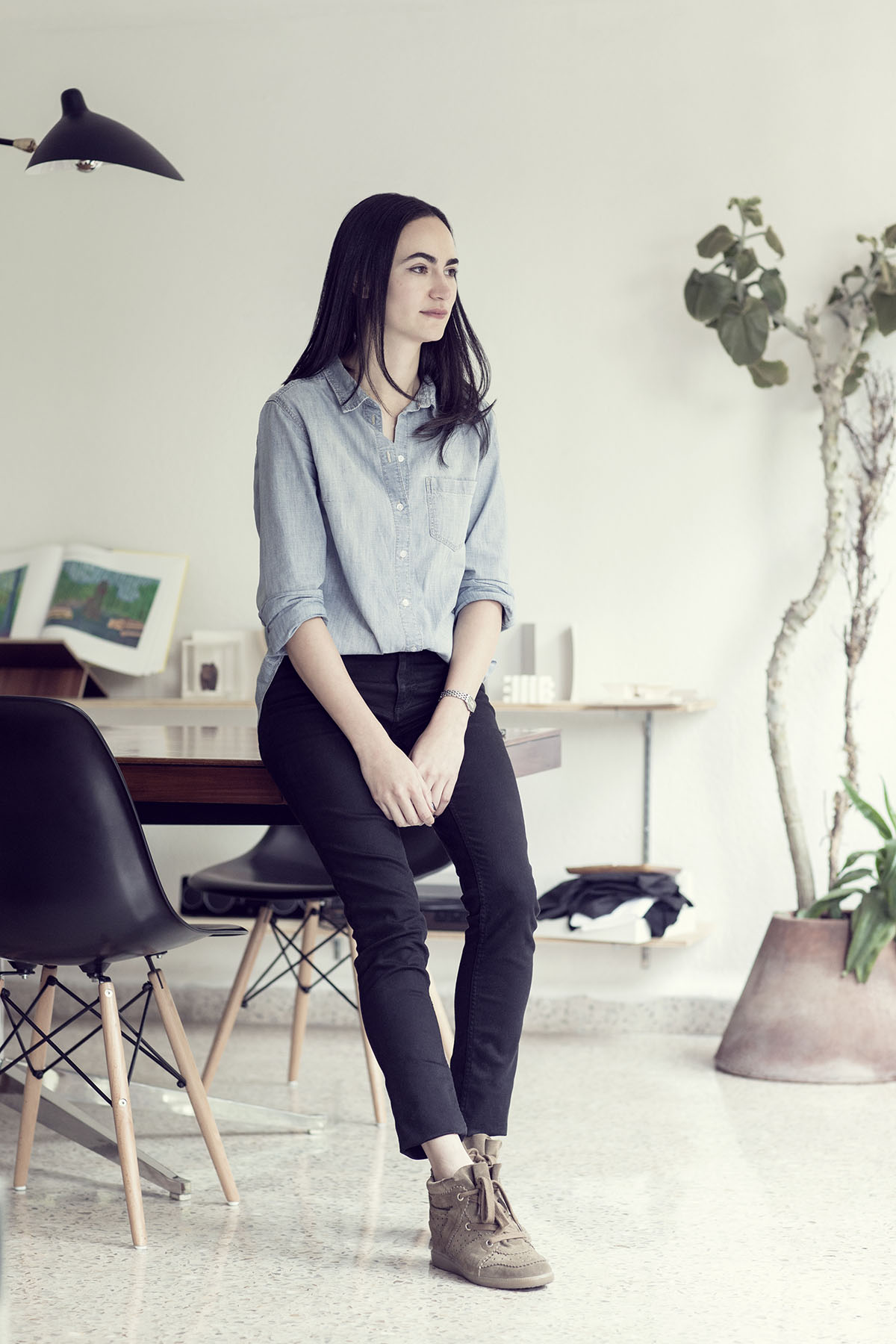 The Pavilion will be made up of British-made materials in construction and dark colours and textured surfaces will be applied to create softly chaotic but also playful space.

Commonly known as "a celosia" – a traditional breeze wall common to Mexican architecture – will here be composed of a lattice of cement roof tiles that diffuse the view out into the park, transforming it into a vibrant blur of greens and blues. Two reflecting elements will emphasise the movement of light and shadow inside the Pavilion over the course of the day.

The curved underside of the canopy will be clad with mirrored panels, and a triangular pool cast into the Pavilion floor will trace its boundary directly beneath the edge of the roof, along the north axis of the Meridian. 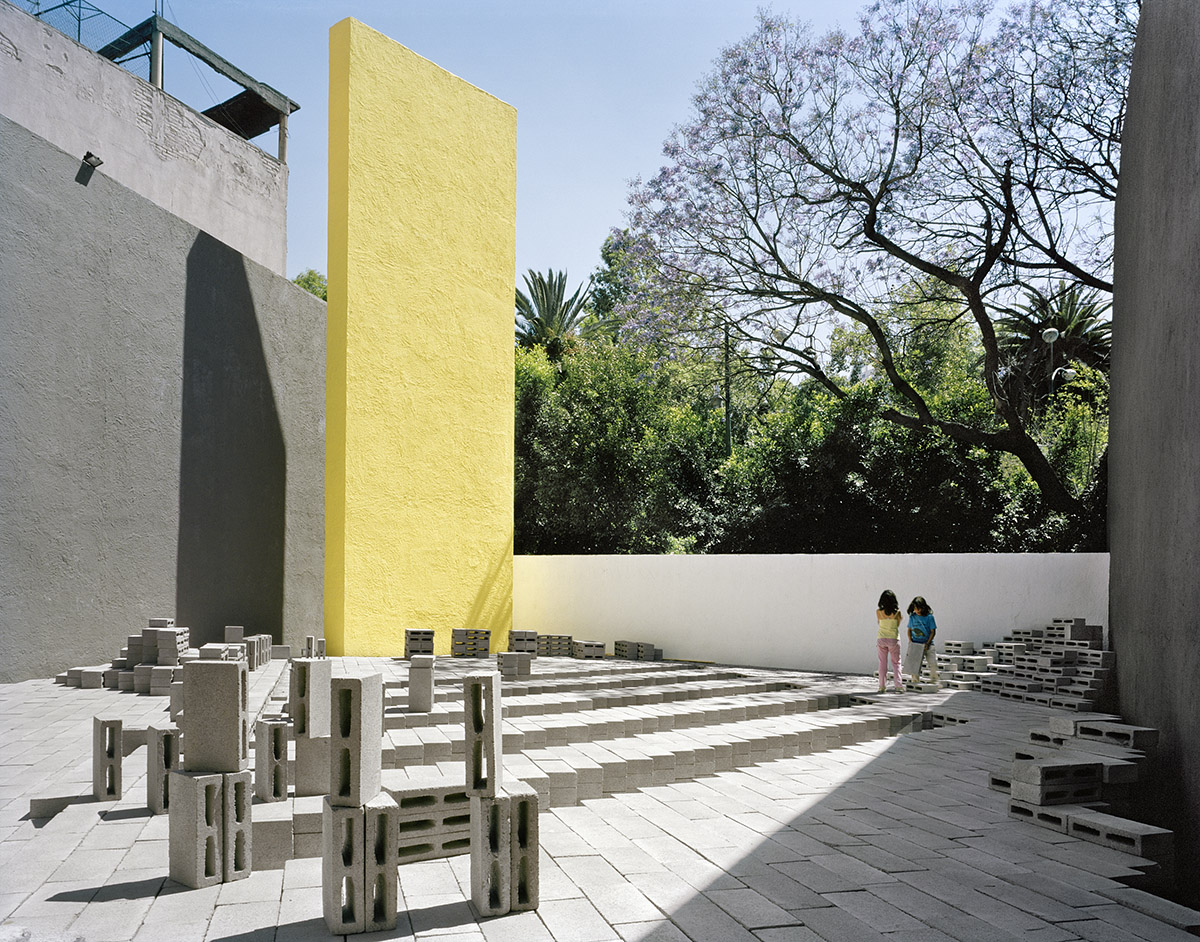 As the sun moves across the sky, reflected and refracted by these features, visitors may feel a heightened awareness of time spent in play, improvisation and contemplation over the summer months.

"My design for the Serpentine Pavilion 2018 is a meeting of material and historical inspirations inseparable from the city of London itself and an idea which has been central to our practice from the beginning: the expression of time in architecture through inventive use of everyday materials and simple forms" said Frida Escobedo.

"For the Serpentine Pavilion, we have added the materials of light and shadow, reflection and refraction, turning the building into a timepiece that charts the passage of the day," she added.

Escobedo’s prize-winning work in urban reactivation ranges from housing and community centres to hotels and galleries. In 2006, she founded her practice in Mexico City, with significant national projects including the Librería del Fondo Octavio Paz and an extension of La Tallera Siqueiros gallery in Cuernavaca. 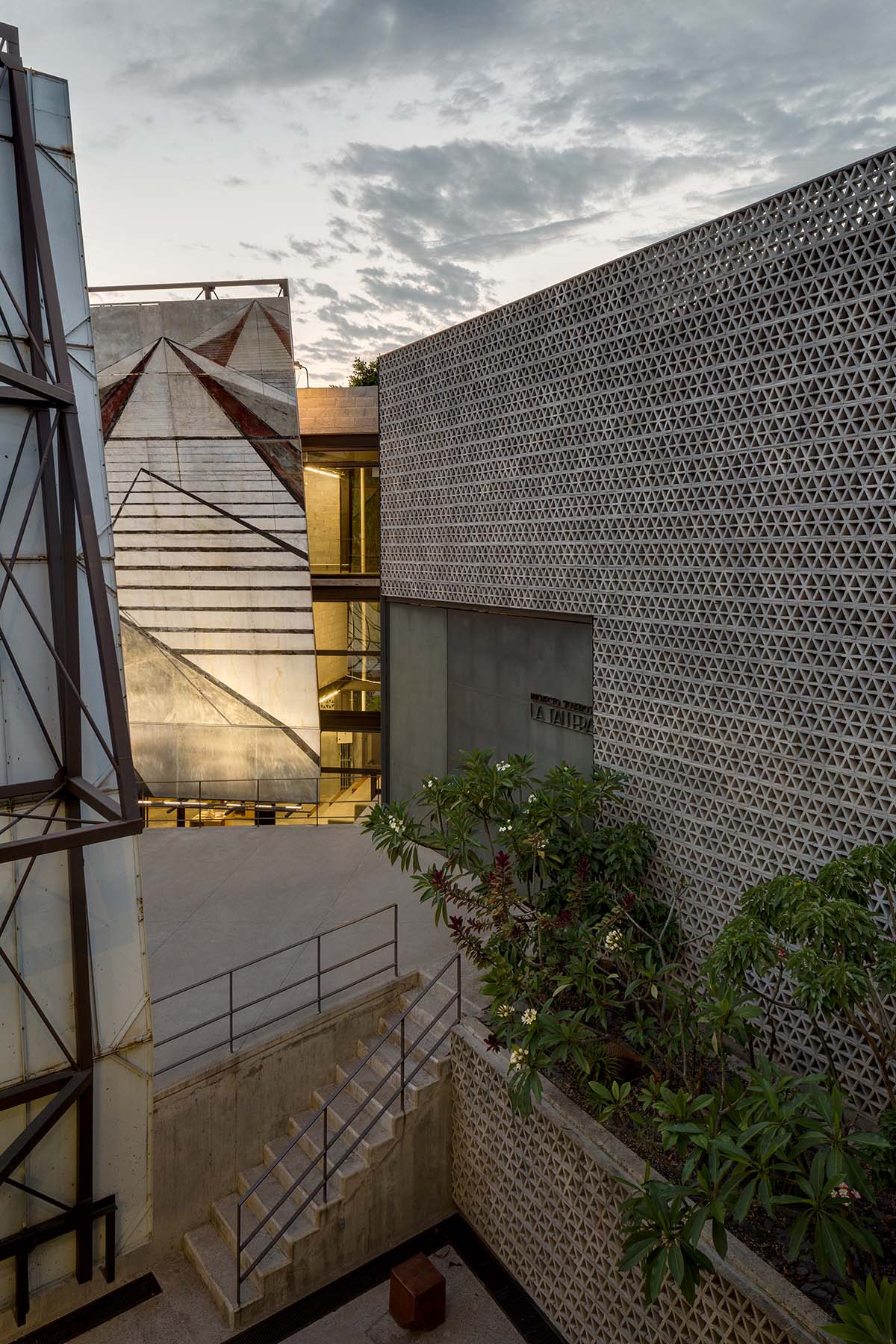 Her designs have featured at the Venice Architecture Biennale (2012 and 2014), the Lisbon Architecture Triennale (2013), and in San Francisco, London and New York. Recent projects include Stanford University’s Graduate School of Business and social housing projects in Guerrero and Saltillo, Mexico. She lectures nationally and internationally, and has won multiple awards and accolades.

"We are delighted to reveal the designs for Frida Escobedo’s Serpentine Pavilion, which promises to be a place both of deep reflection and dynamic encounter. With this bold interior, Frida draws history into the present and redefines the meaning of public space," said Serpentine Galleries Artistic Director, Hans Ulrich Obrist and CEO, Yana Peel.

"We hope visitors of all ages will create their own experiences in the Pavilion this summer as we continue in our aim of bringing the urgency of art and architecture to the widest audiences." 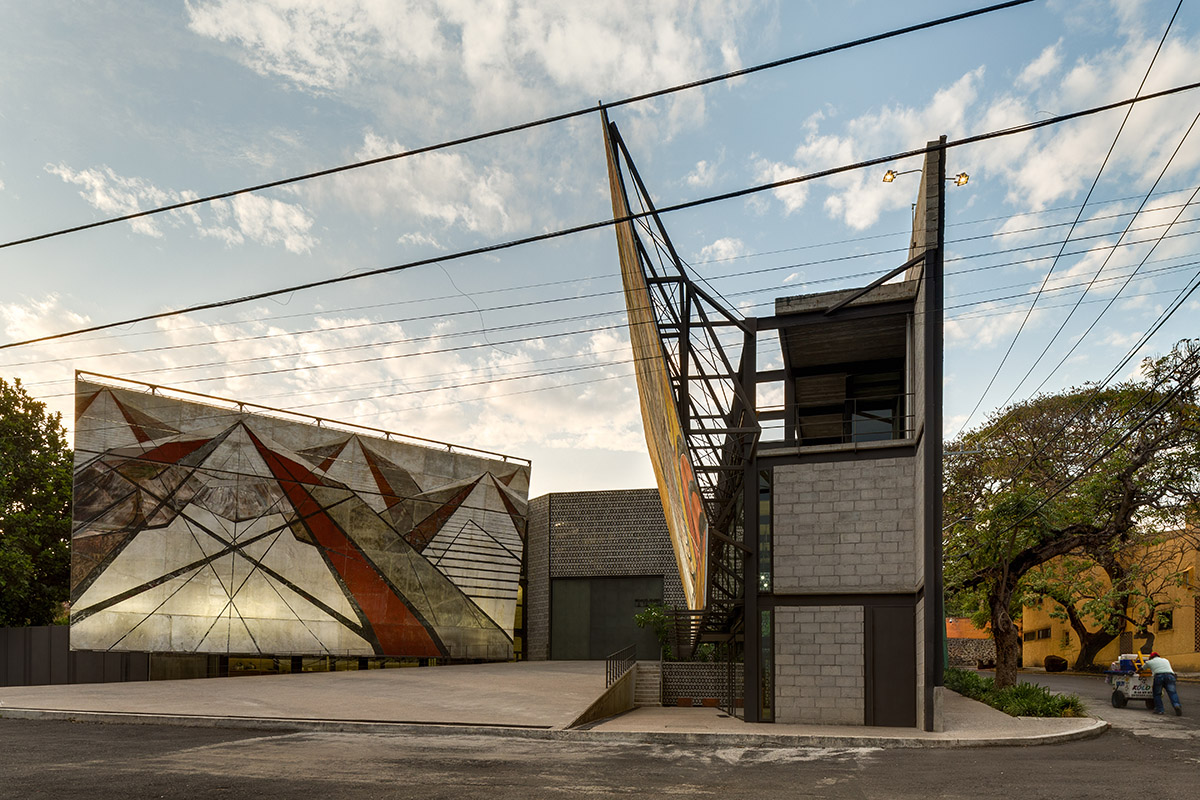 The selection of an architect, someone who has consistently extended the boundaries of architectural practice but is yet to build in England, is led by the curatorial approach that guides all Serpentine programming: introducing the urgency of art and architecture to the widest possible audiences.

The Serpentine Pavilion is one of the top 10 most visited exhibitions in the world. There is no budget for the project, which is realised entirely through sponsorship, in-kind support and the sale of the Pavilion.

Last year, Burkinese architect Diébédo Francis Kéré' designed the 2017 Serpentine Pavilion in which the structure is surrounded by indigo-blue walls, made of a series of triangular modules.