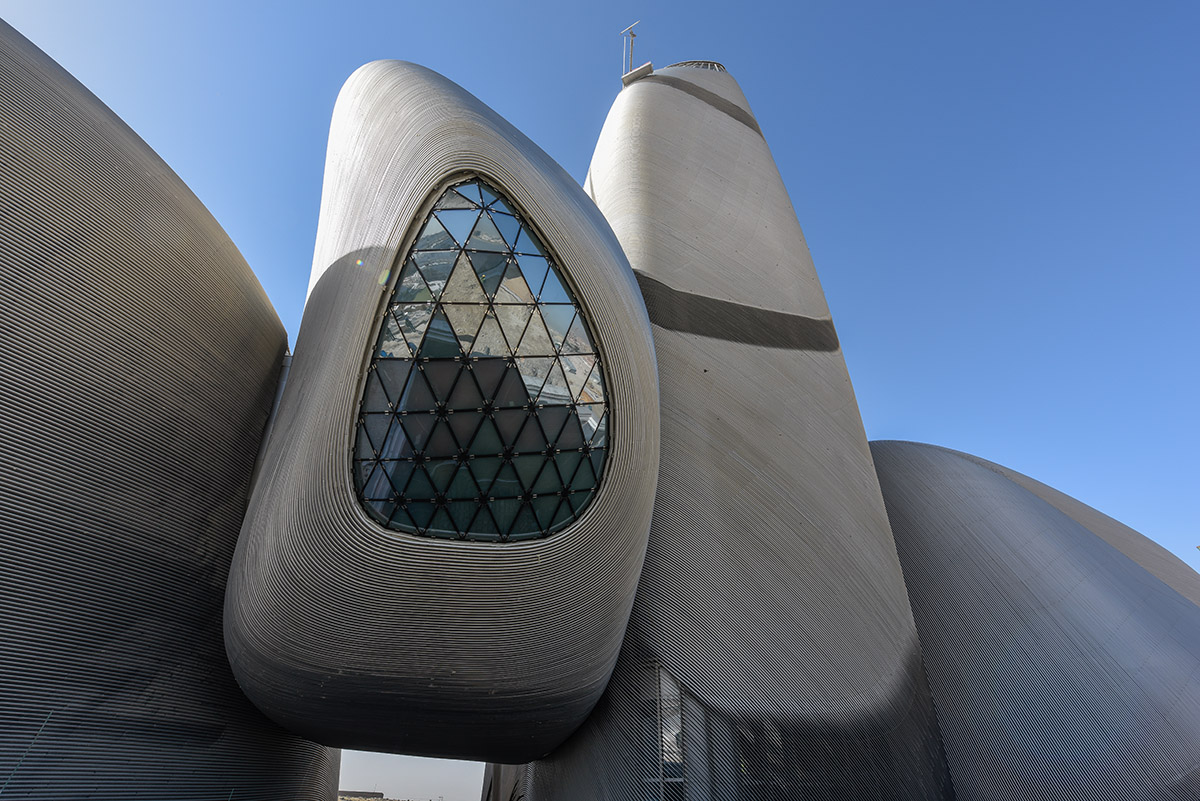 Global Norwegian architecture firm Snøhetta has revealed its new images for King Abdulaziz Centre for World Culture made of soft pebbles with clad in stainless steel tubes, which is nearing completion in Dhahran, Saudi Arabia.

The King Abdulaziz Center for World Culture is conceived as bold new initiative on the part of the Saudi Aramco Oil Company to promote cultural development within the Kingdom. Snøhetta won an invited architectural competition in 2007 and Snøhetta’s design will be an ‘emblematic’ building embracing a wide range of cultural activities. 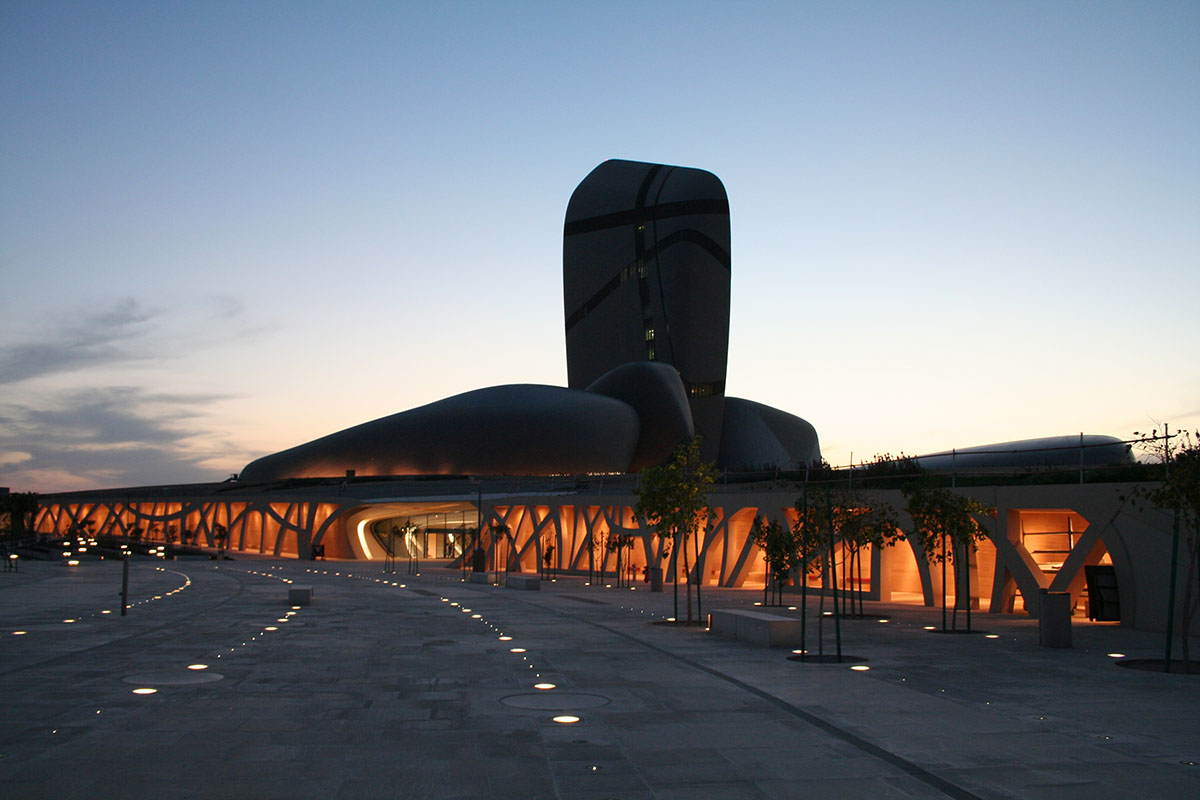 It has pebble-shaped 5 bodies cutting fluid space on the ground, but its centre, defined as inner void, will consist of archive and museum functions, which is derived from a concept both introverted and extroverted entities. 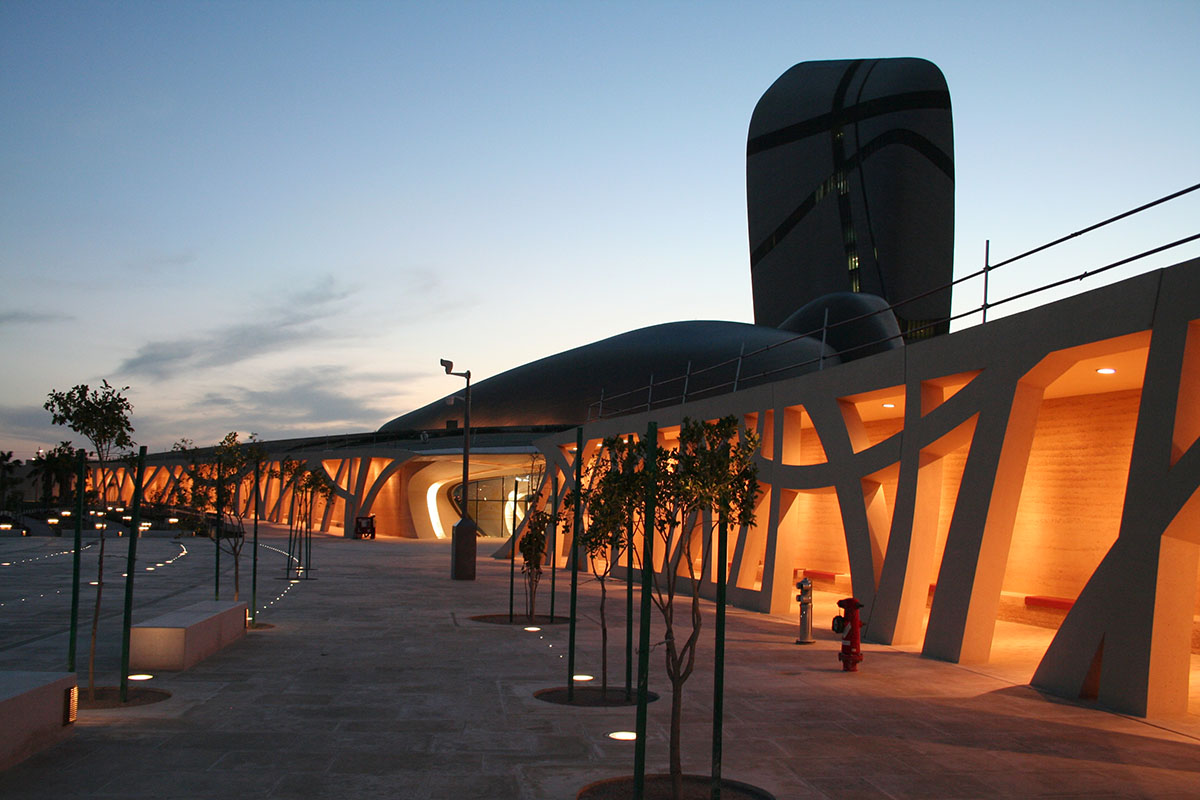 The cultural center will provide for a wide range of activities serving the local population and becoming a cultural landmark on a regional, national, and global horizon. This iconic building, consisting of a number of individual and discrete components, will comprise auditorium, cinema, library, learning centers, museum, and archive. 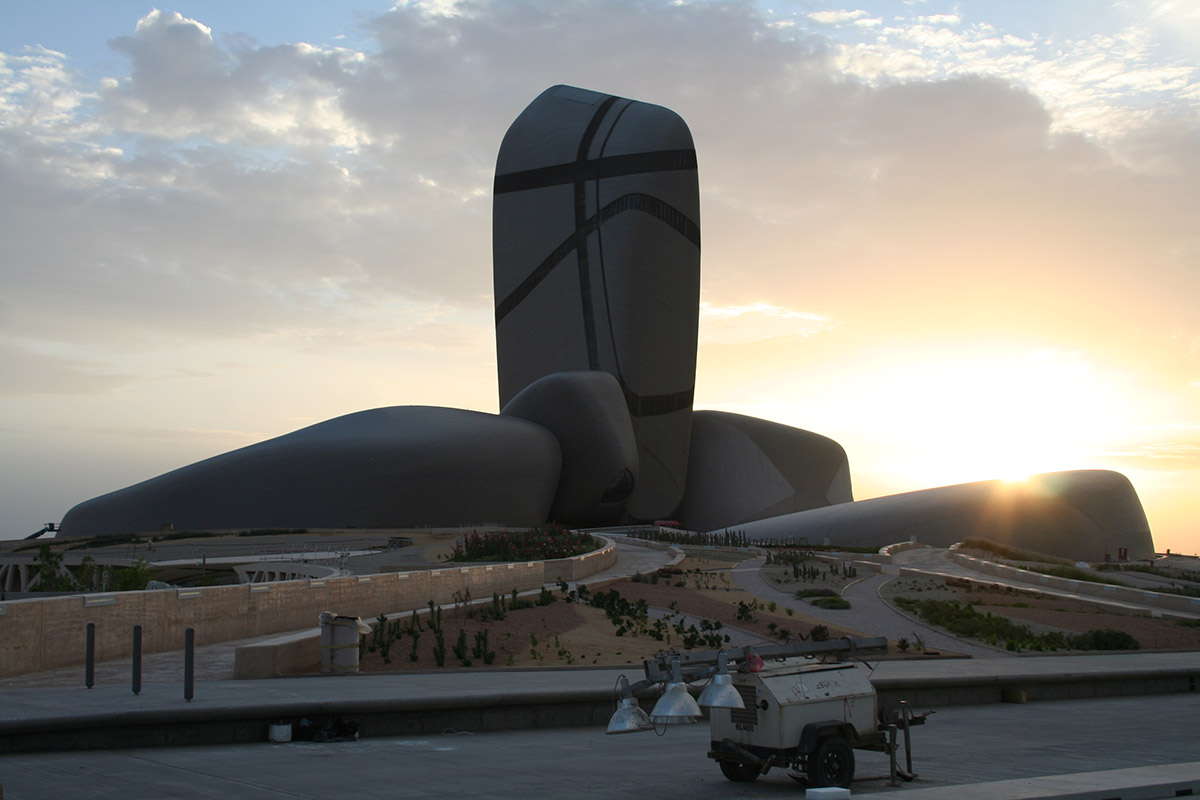 The auditorium will seat 930 visitors and will provide for a wide range of events ranging from opera, symphony concerts, musicals, and speeches etc. Together with the smaller cinema, this will be an unrivalled venue for the performing arts in the Kingdom. The library will become a center for learning, containing some 300,000 books on open access, and catering for all ages and categories of users. The great exhibition hall will accommodate large scale travelling exhibitions, as well as providing the setting for social events, banquets, and conferences.

The museum and archive facilities connect the vibrant cultural life of the center to the past and to the very roots of the society from which this center is conceived. The construction was started in  2008 by King Abdullah. 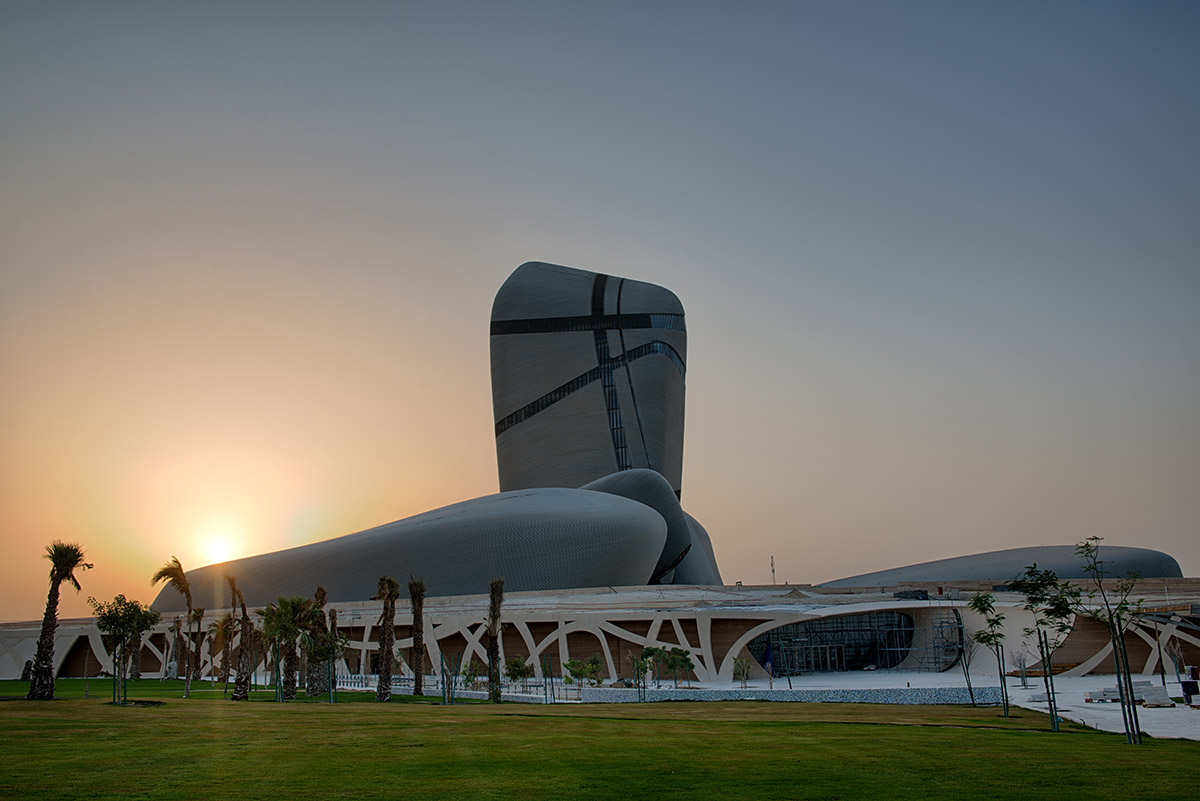 The King Abdulaziz Center for World Culture’s architectural concept is based on a merge of past and future melt in the present with diversity and unity. Even if the building’s architectural expression seems as introverted, the building digs down into the past and reaches up into the future. 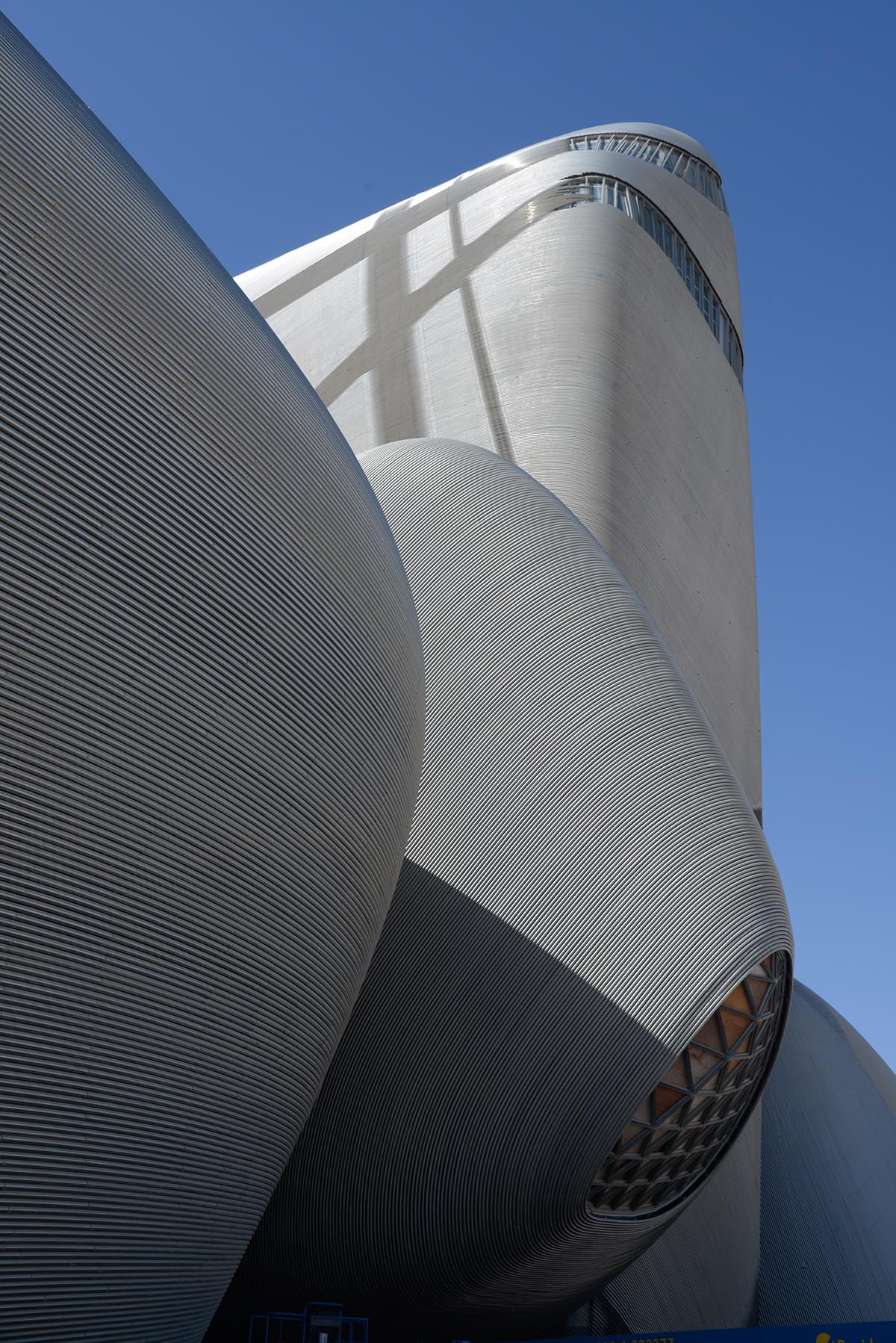 ''Located below the grade, the museum and archive becomes a true repository of knowledge in protective surroundings and stored for posterity. In contrast, the Library, Children’s Exhibit, and Visitor Centre are expressed as beacons to scholars across the world,'' says Snøhetta. 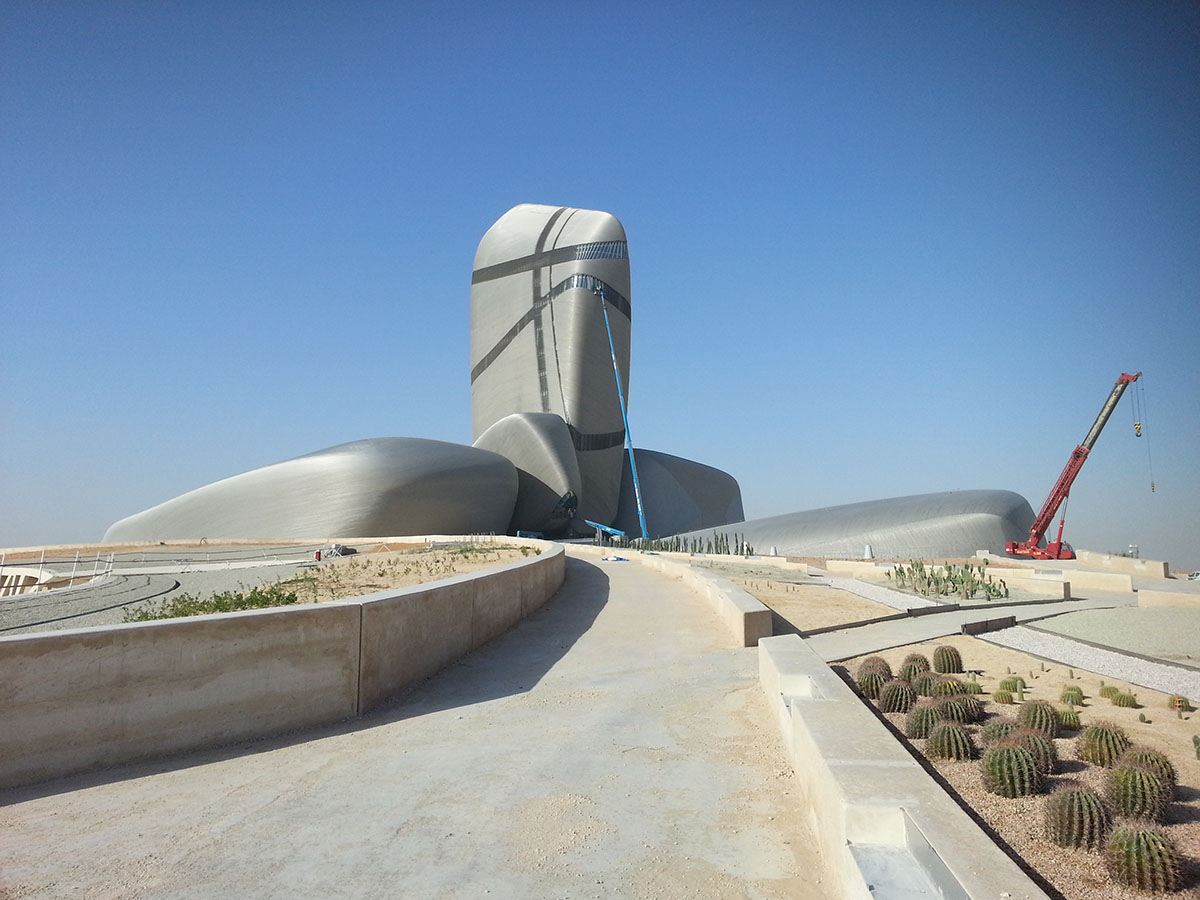 ''This design takes the form of a complex composition, consisting of a number of individual and discrete components. Balance and harmony is created through interdependence. Each component is fashioned as a unique and tailor-made entity, conforming to and expressive of its own individual needs and requirements.''

For the building each part can be endlessly adjusted to suit the individual and specific needs. This form for flexibility is not general or universal, but specific and individual. 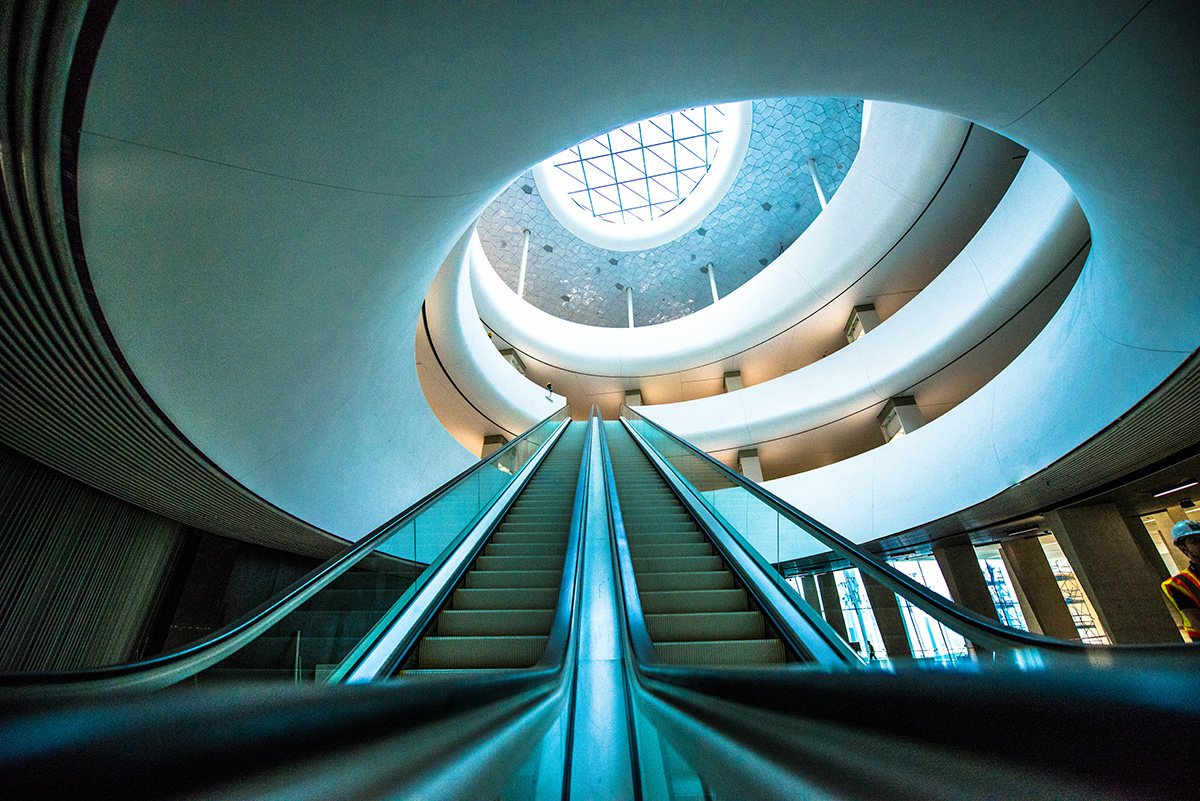 Snøhetta’s building stands out in a reddish patchwork desert landscape interspersed with low slung plaster buildings. Most of the earliest productive oil wells in Saudi Arabia were drilled in this area. The Cultural Center is expected to be completed in 2017 and an opening date is not yet announced. This will be Snøhetta’s third project to complete in Saudi Arabia. The firm’s other project Riyadh Metro Station in Riyadh is still under construction, providing new type of transport system with a vibrant public space. The Riyadh Metro Station is also expected to be completed in 2017. Snøhetta’s Makkah Metro C-Line Stations in Makkah is still under construction and completion date is not yet announced by the firm.

Snøhetta’s other project in Saudi Arabia include Jeddah Public Transportation Program Proposal, which is a competition proposal revealed in 2015.

Snøhetta, led by two founding partners Craig Dykers and Kjetil Trædal Thorsen, is responsible for designing landscape and interior of The King Abdulaziz Center as well as its architecture.