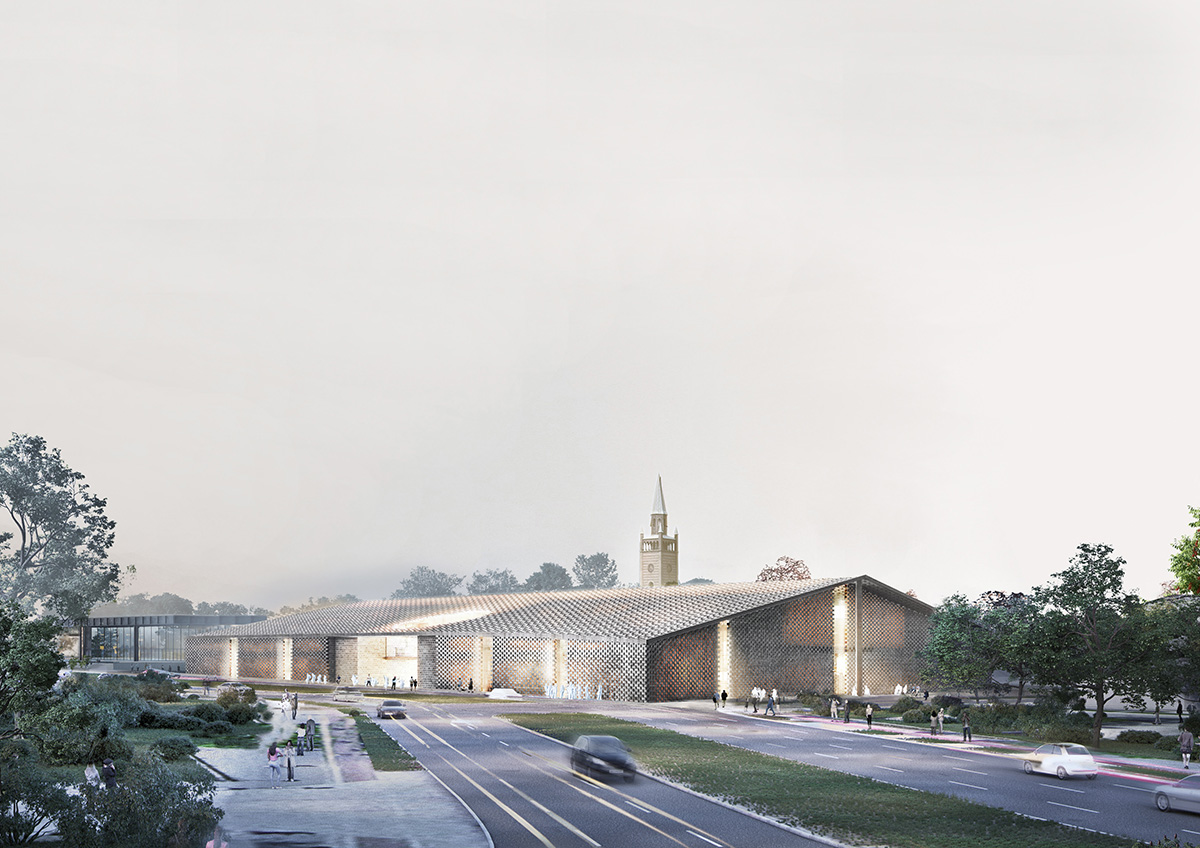 The winning proposal was chosen from 40 international submissions. The President of the Prussian Cultural Heritage Foundation, Hermann Parzinger, said ''this design considers museum architecture with a completely new approach and will write history.''

The decision was announced by jury chair Arno Lederer on Tuesday night. The Swiss architects saw off in the competition Lundgaard & Tranberg Arkitekter A / S of Copenhagen (with the landscape architects SCHØNHERR A / S, Copenhagen) and the Berlin office Bruno Fioretti Marquez (with Capatti staubach landscape architect, Berlin), won the second and third prize. 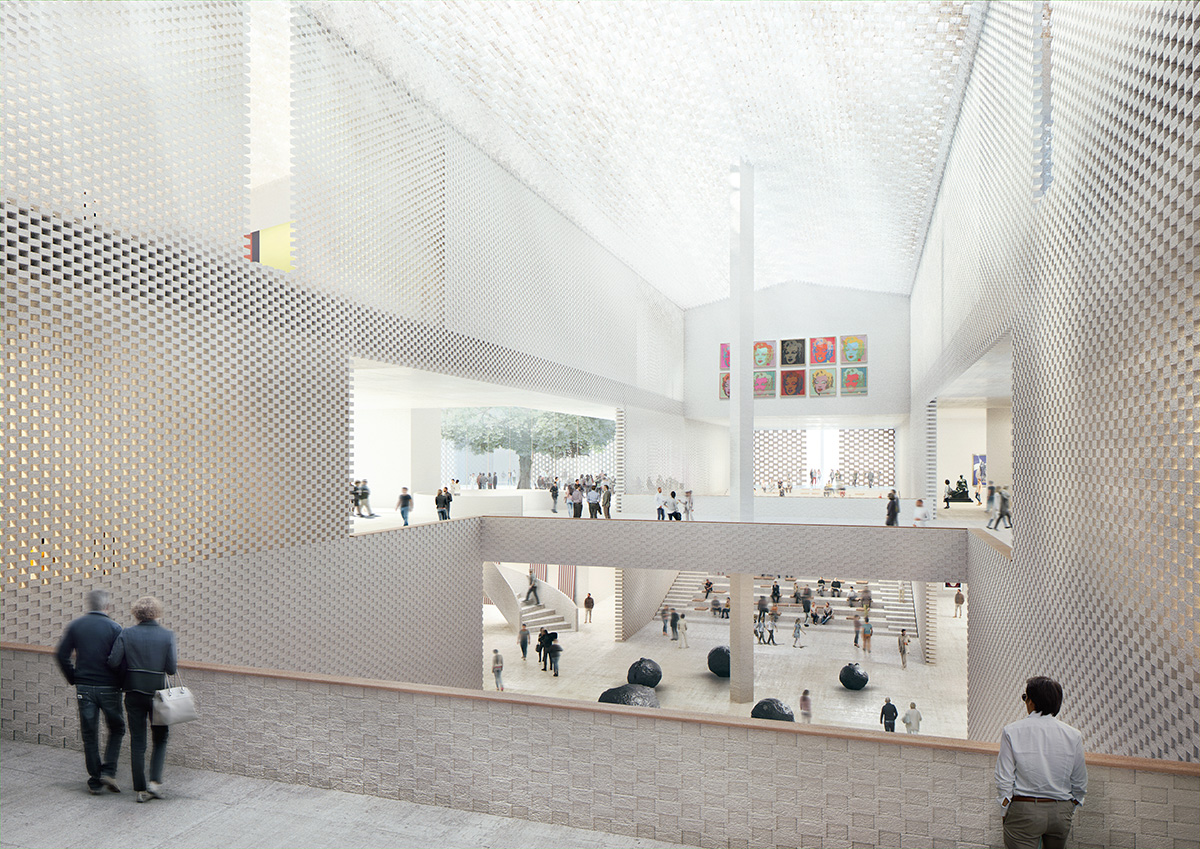 In their explanations Herzog & de Meuron write about a house referring to what made of a house, which they want to build for the art of the 20th century: "Is it a warehouse? Or a barn? Or maybe a train station? Is not it rather a temple with exactly the same gables as the Old National Gallery of August Stüler? 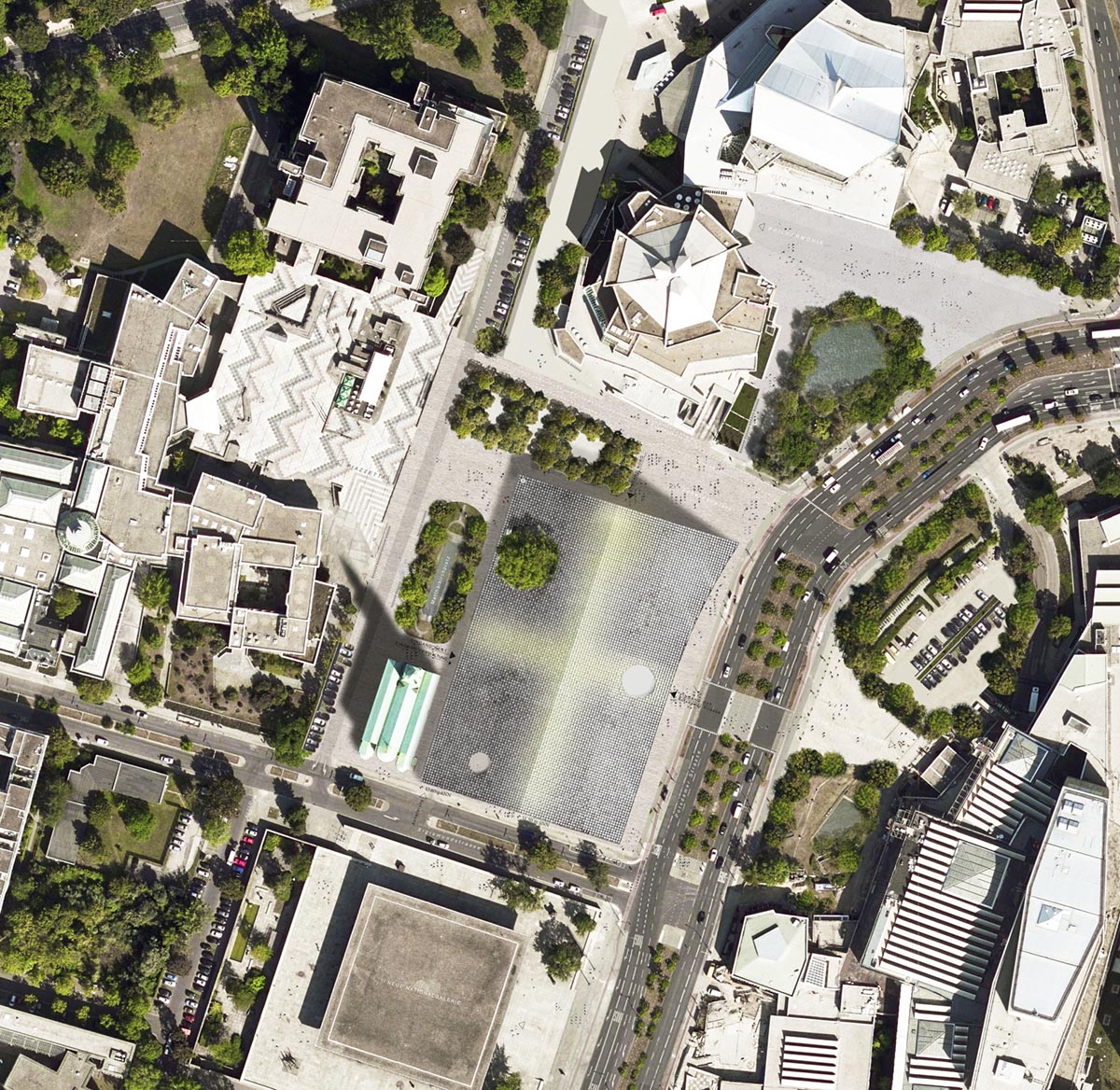 In Herzog&de Meuron's concept, visitors walk out of two intersecting inner streets, which open up the museum spaces that are located in four quadrants. Through the large saddle roof and the high central boulevard light is to enter the building. On the "crossroads" large-scale works of art can be displayed, above the central axes there are four exhibition rooms, which reach to the roof.

The studio also said: "There is a direct access to the media room in the Giebelfeld to the Philharmonie. Events can also take place outside the usual opening hours. [...] The development of the individual quadrants is possible directly from the boulevards. At the same time, all the exhibition rooms are internally connected, so that a single course can be offered alternatively.'' "A cafe and a restaurant are planned in the north-eastern quadrant with the listed plane tree.'' 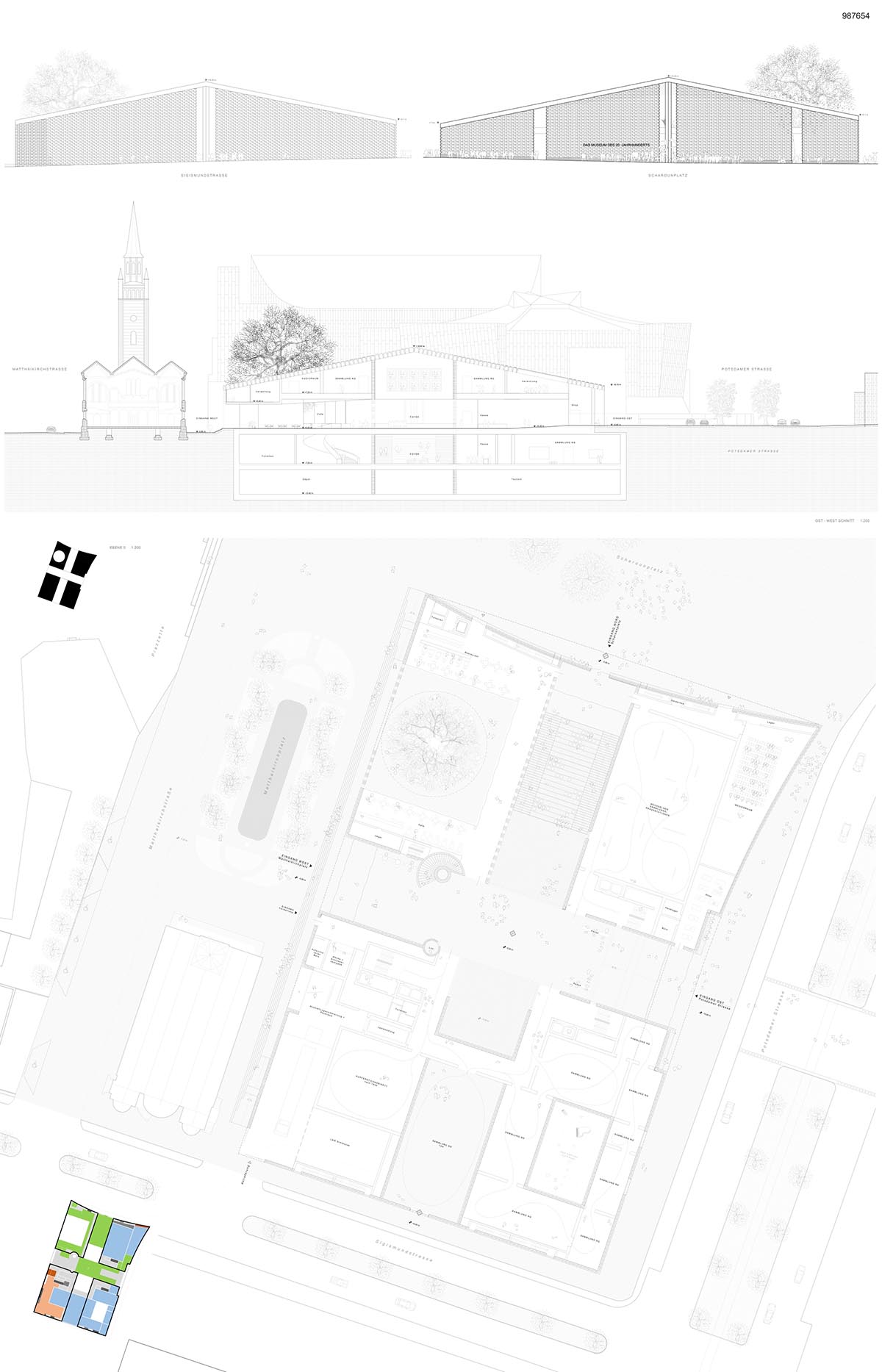 The Museum of the 20th Century will be built at the Berlin Kulturforum, located next to the Berliner Philharmonie and the Neue Nationalgalerie. The project will be realised in collaboration with Vogt Landschaftsarchitekten. The proposals for the design competition will be shown in the Kulturforum from 18 November 2016 to 8 January 2017. 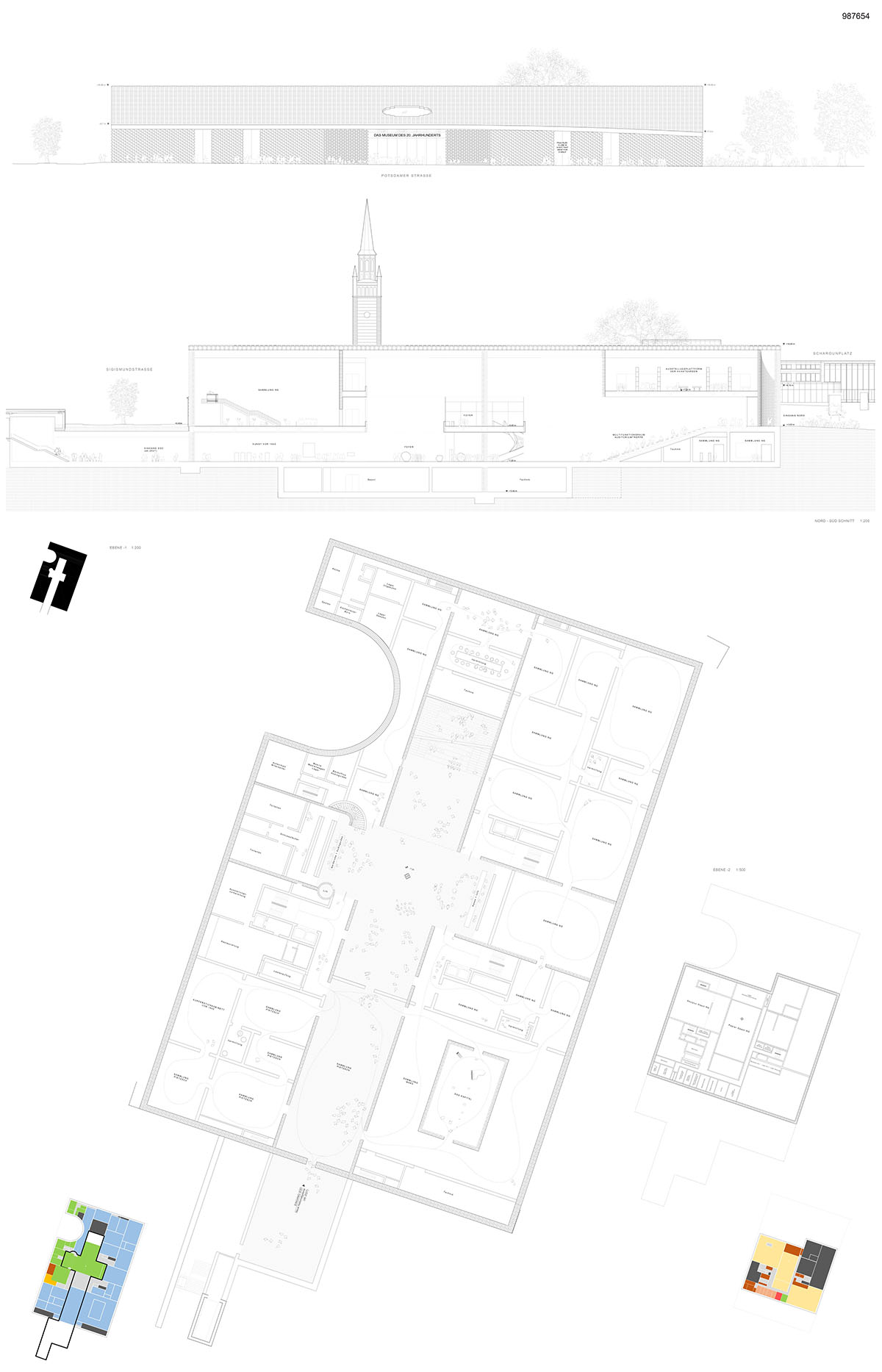 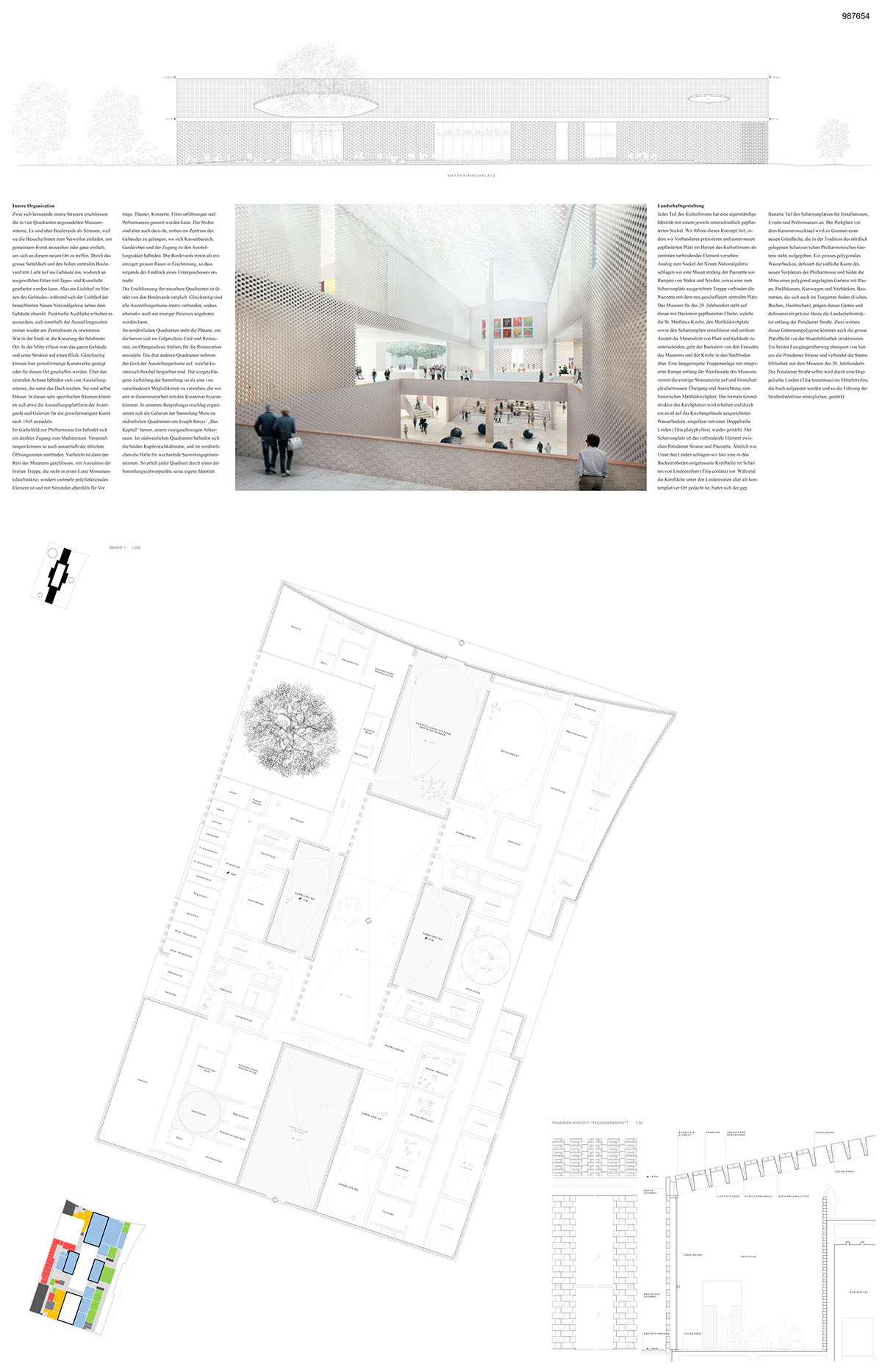