Los Angeles, Dubai and Turkey based architecture firm Building Office has revealed its proposal for Planetarium, which will be located in the city of Kirsehir of Turkey. The project features many different geometrical forms that are embedded into plan according to different programmes. A structural framework wraps up those elements as a fixing architectural structure, which turns into a new sculptural artistic piece in the context.

The internal organization and the look of the Cacebey Medresesi in Kirsehir was the nucleus for the design of our Planetarium project. Cacabey is made out of different components expressed on the exterior, forming one single building. 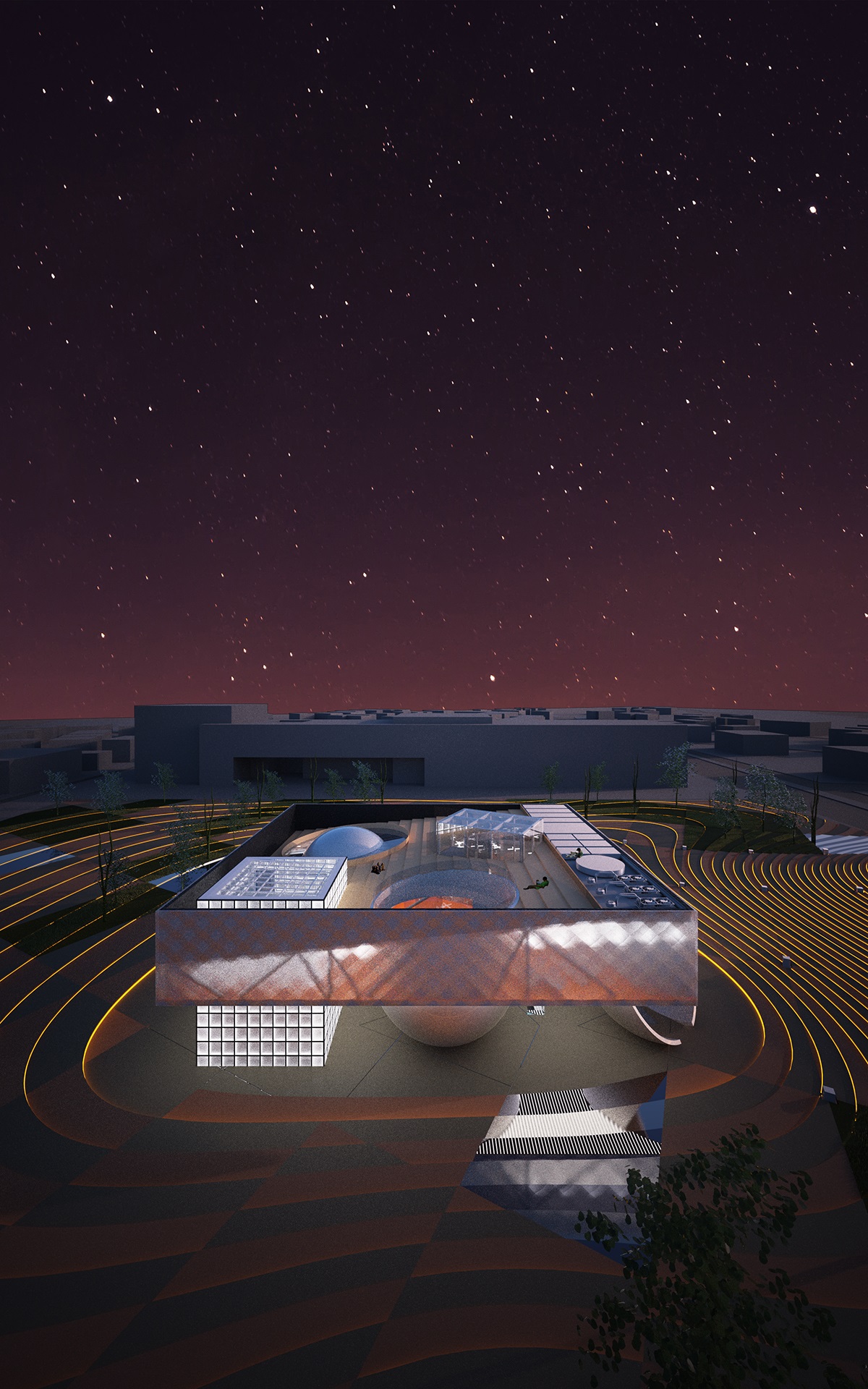 These components are taken to the new site and are re-defined programmatically as the entrance, ticket hall, observation hall, projection room and the library for the planetarium. They are spread within a sequence on the given site with no sense of directionality or given overall form to the building. The only defining principle of the sequence was where the journey starts and ends.

The center points of the components are connected with sheer walls creating a necklace which define and frame the interior for the ground level - not letting the daylight in at all. The second floor sits above all, like an egg-tray fixing the components into their position, acting as the roof terrace for the building. All the program requiring daylight is located at the second level. 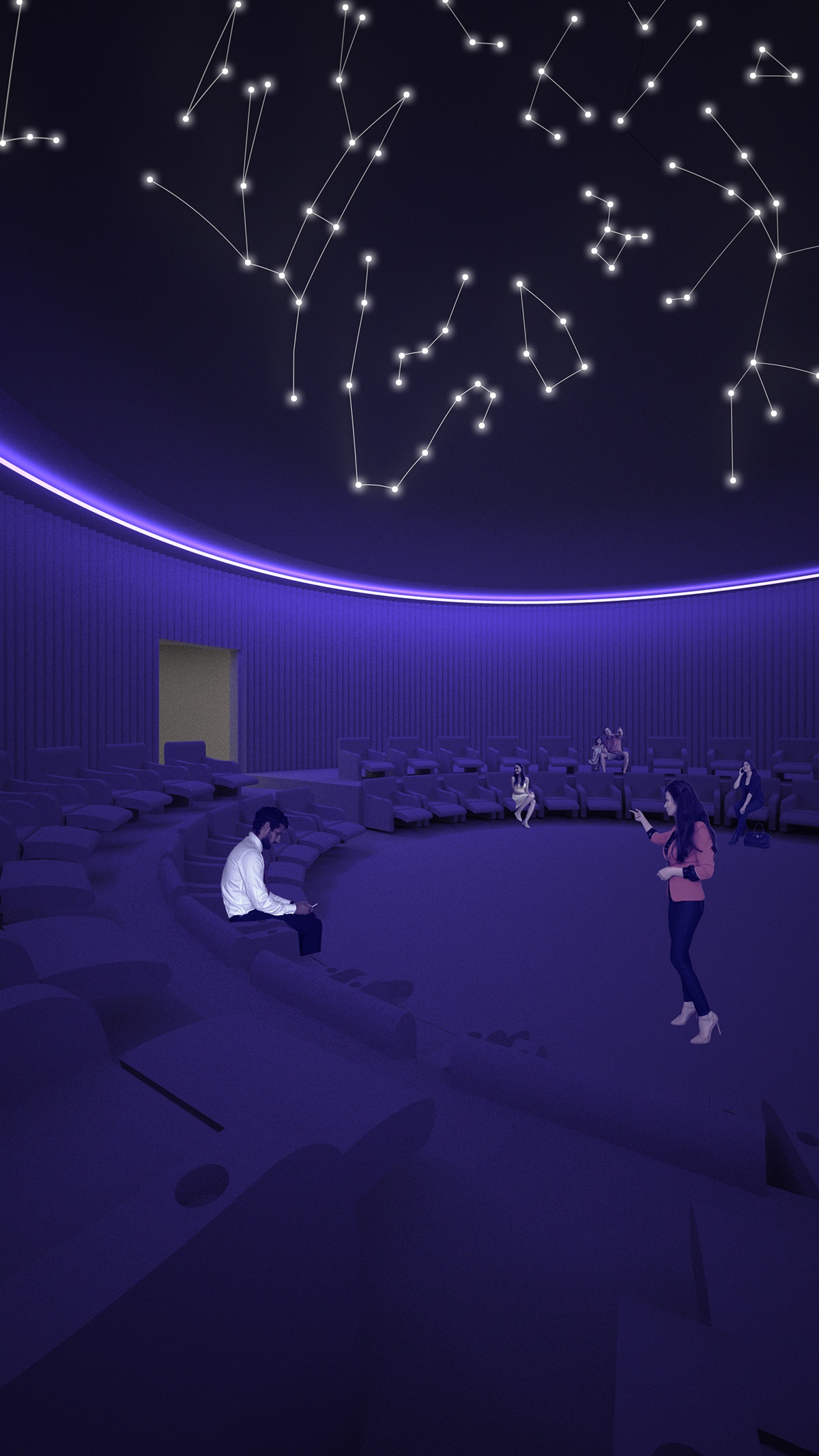 The roof terrace - at third level- is planned as a 24/7 observation deck for the public use in the form of a amphitheater, as a semi-public space - which has its own spiral staircase letting public skip the ground floor and access the roof immediately anytime of the day. Walls frame the terrace intentionally letting only the observation of the sky. 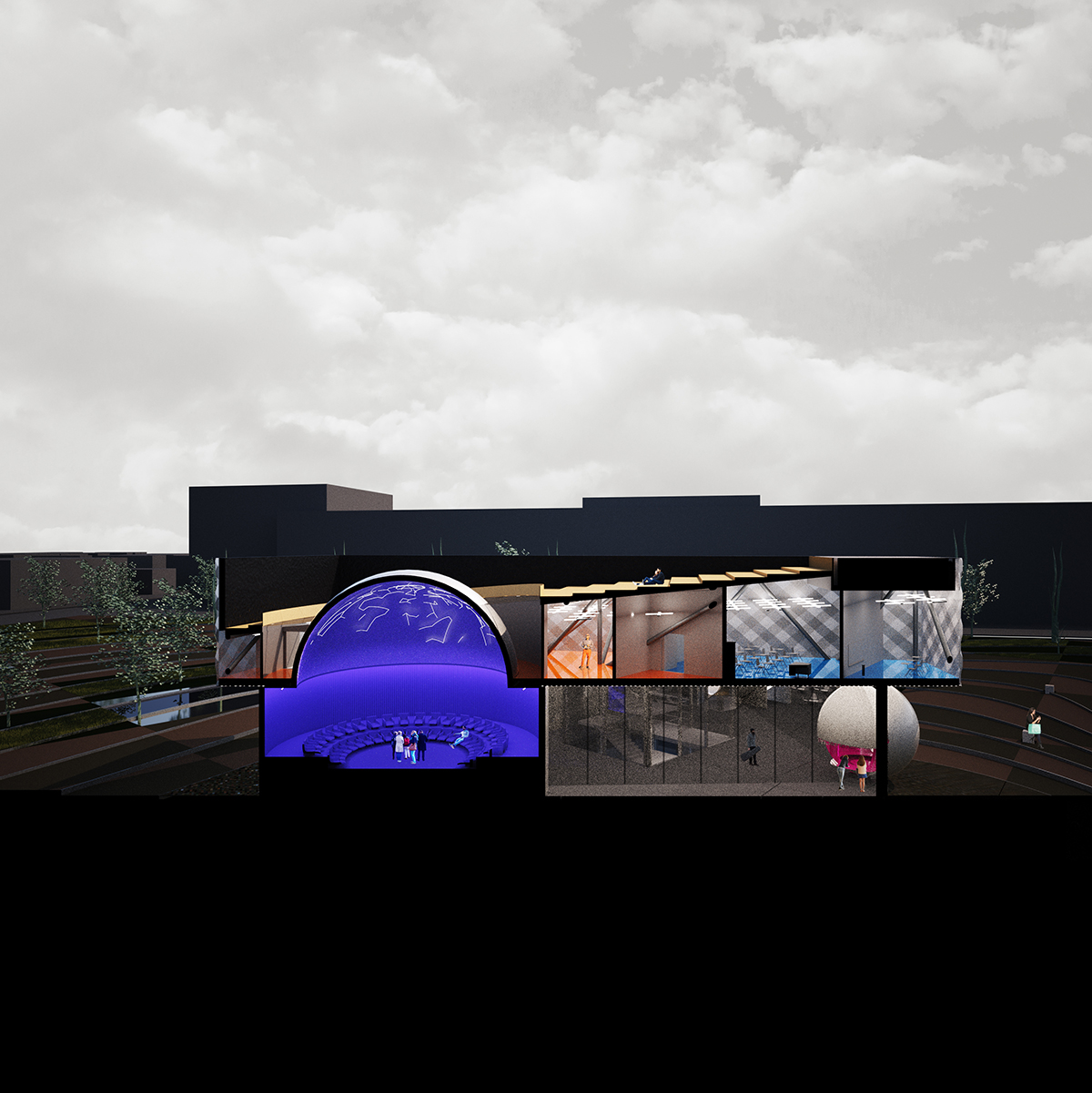 The facade is made by a single translucent component that repeats in two directions via operation of flipping, wrapping the entire second floor. This translucent component would allow daylight to diffuse into the classrooms and offices at the second floor. It would also allow the components forming the building to be expressed on the facade by their shadows. The inhabitable, deep steel frame forms the structure of this level. 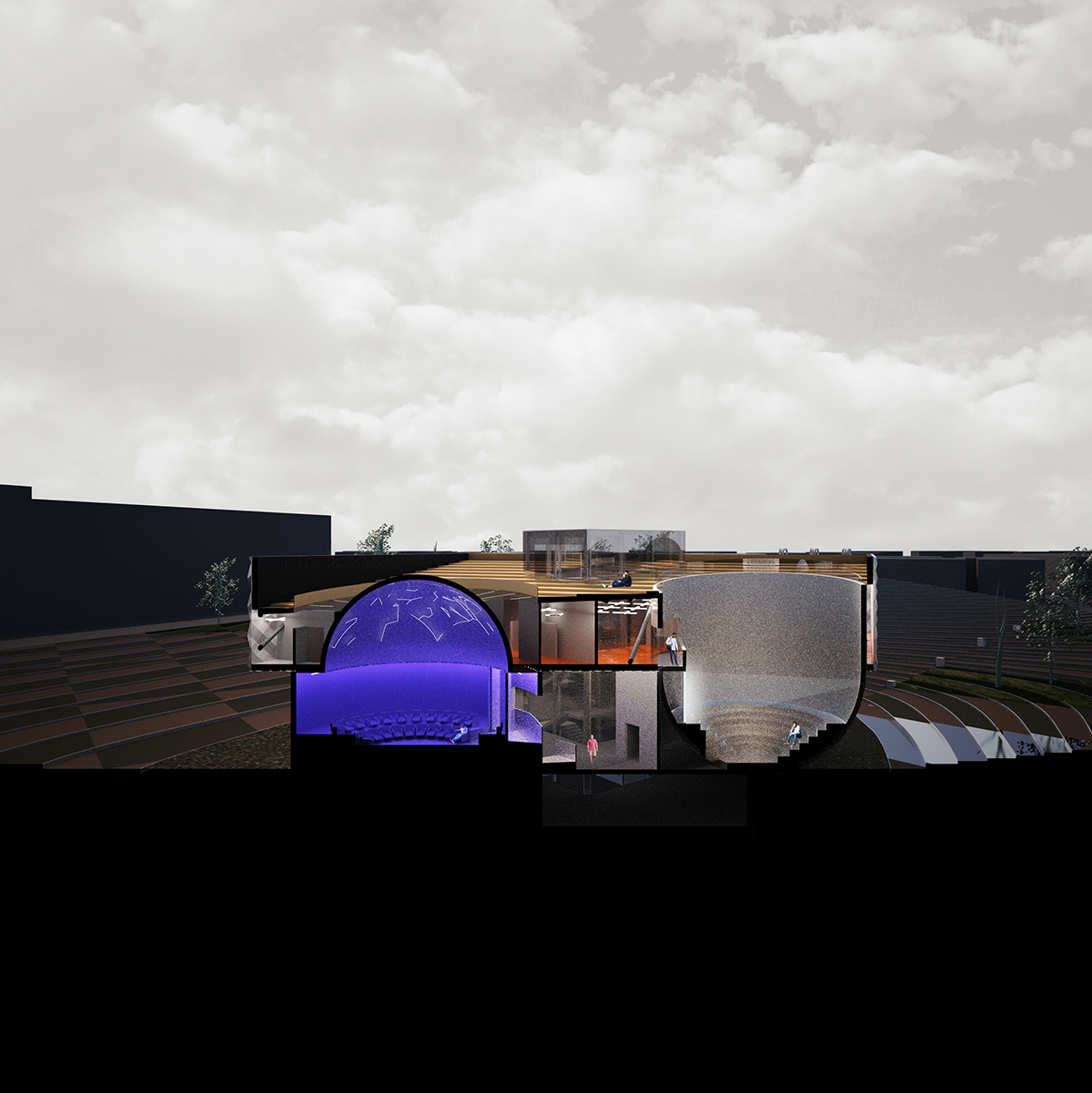 The studio uses the landscape with a car park at the ground level therefore the fabric like landscape bulges at the entrance of the underground car park. This hill like situation allows public to experience the building in different perspectives including the view that hints the presence of a secret public space, the terrace above the building. 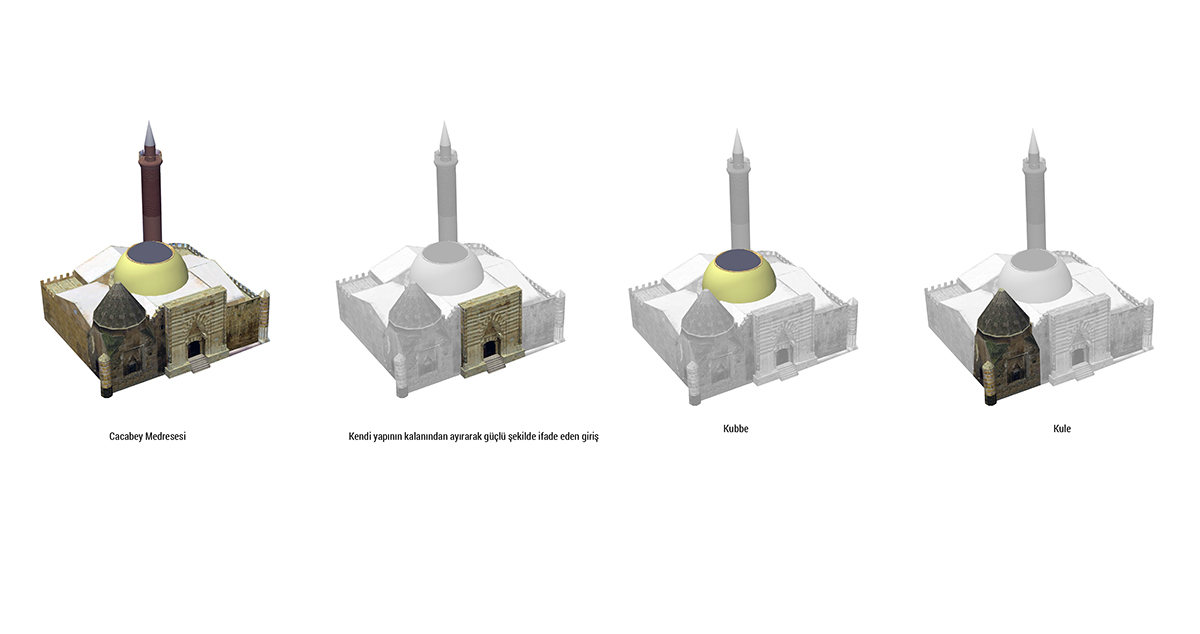 Kirsehir Planetarium, with its ripples of landscape as echoes of its building boundary is designed to be a brand new public space that connects the new mosque with the new cultural center and the rest of the city as a cultural public plaza for Kırşehir. 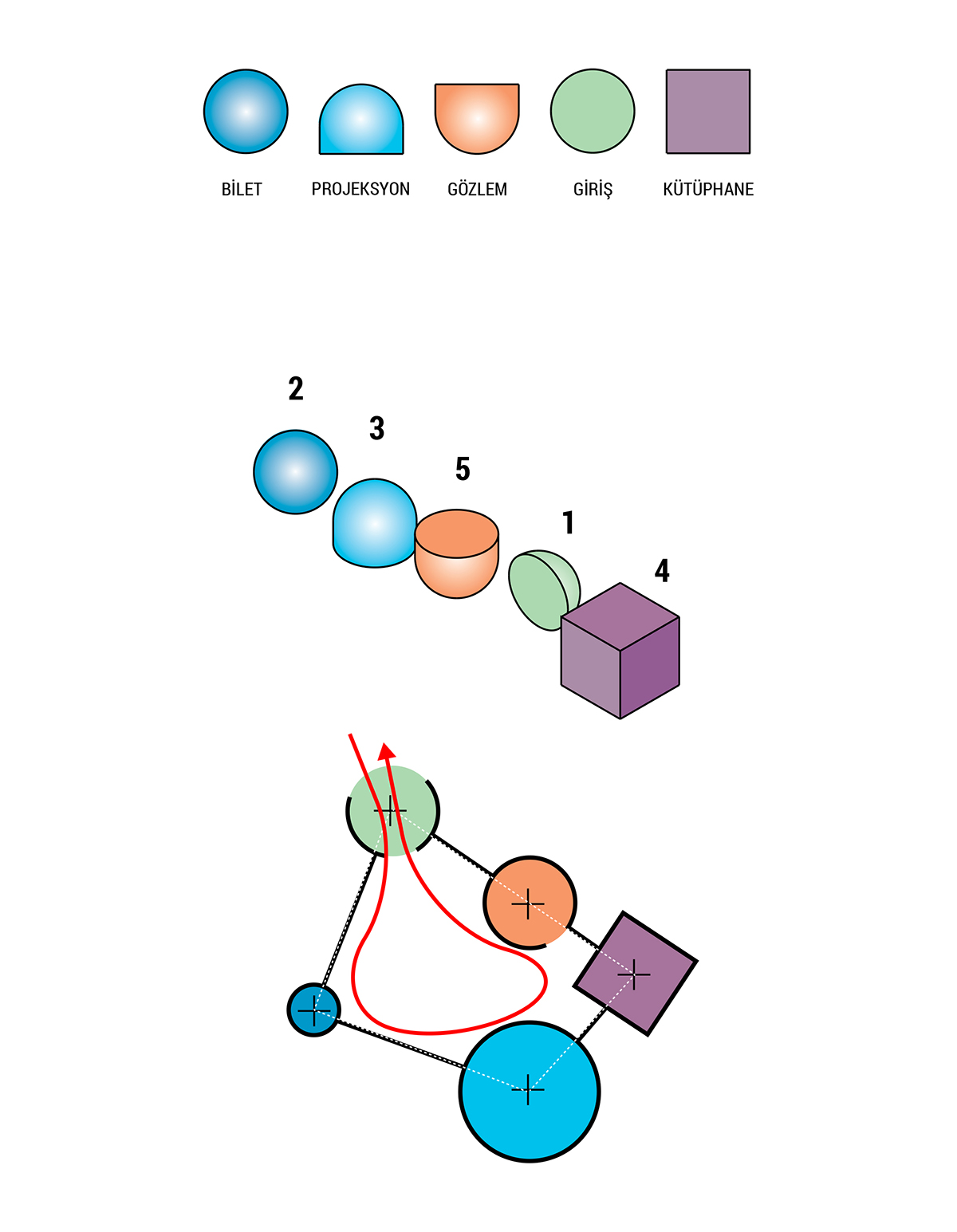 Building Office, led by Aras Burak and Aris Kozmidis, creates different types of projects in different scales and programmes without any architectural style. The office is also introducing Book of each project including essays, drawings and visualizations in progress, which can easily be found and purchased on the BoOK page. 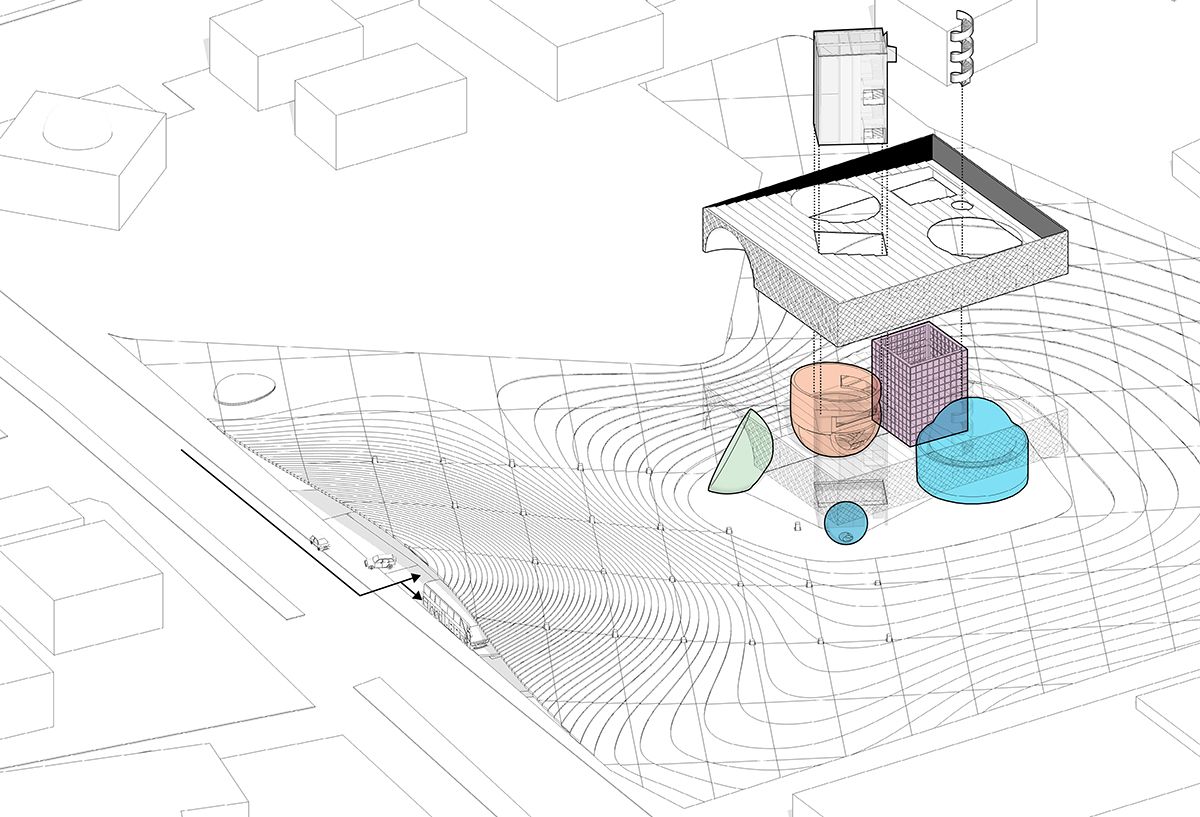 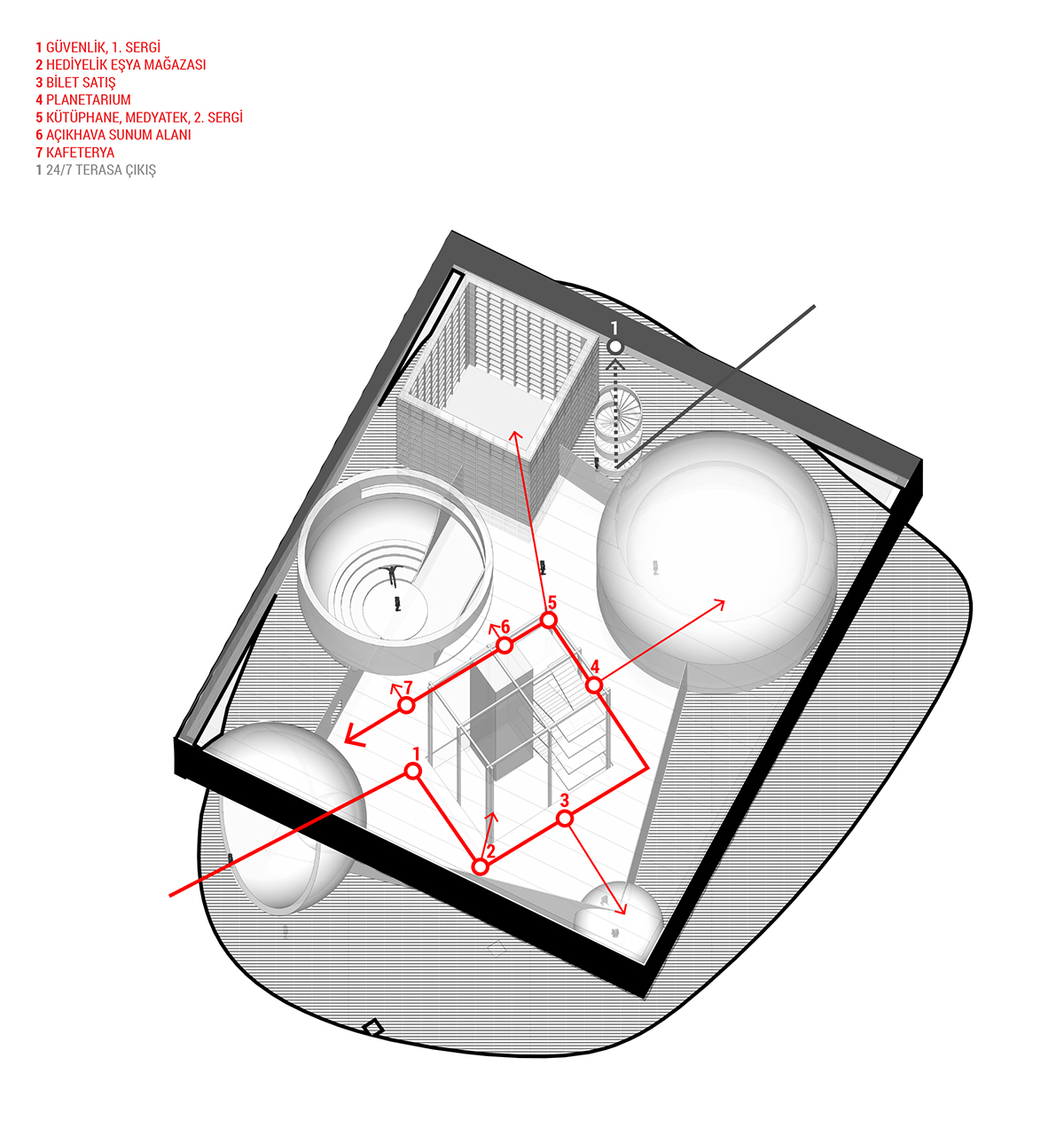 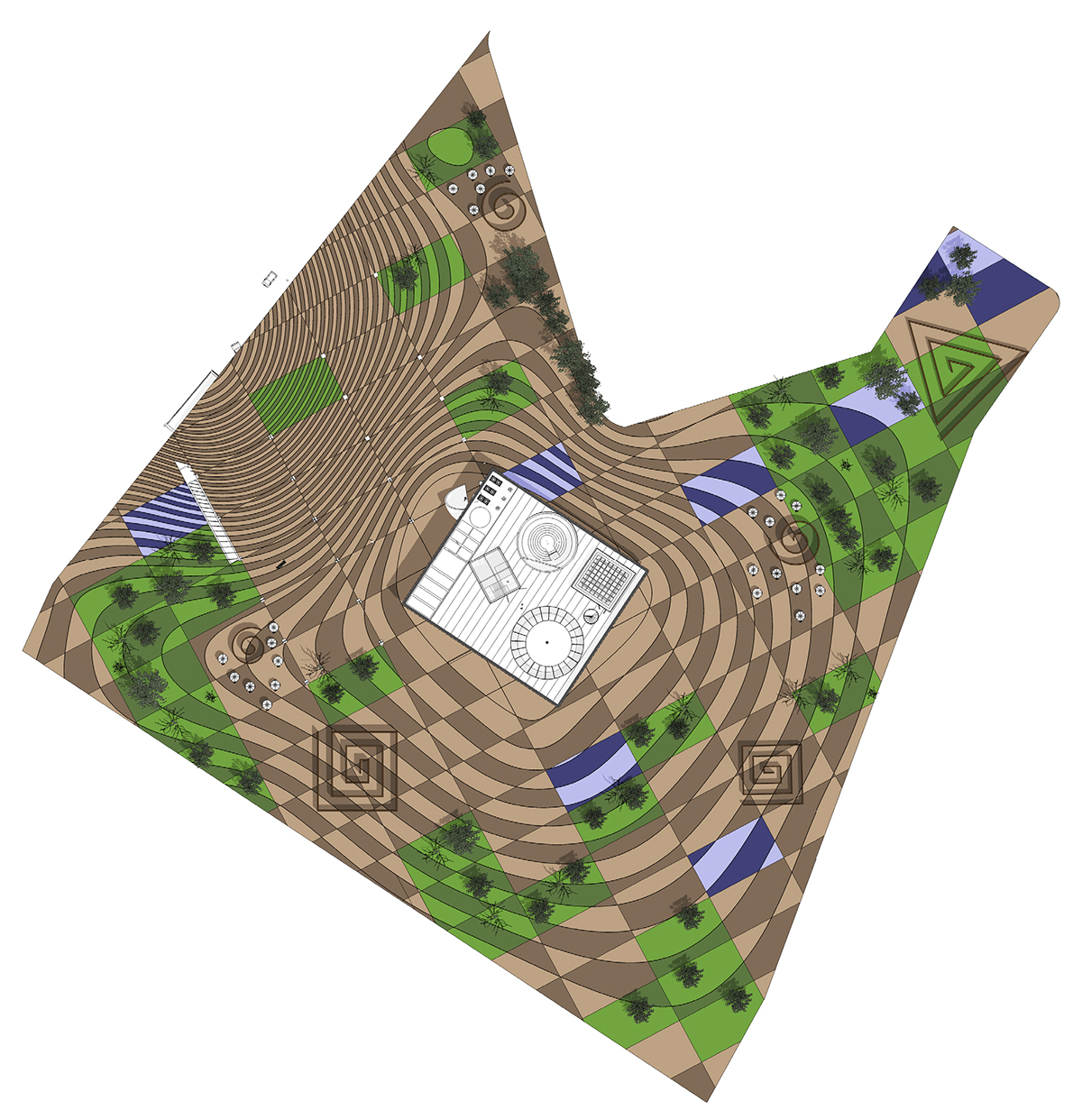 Plan with the existing landscape 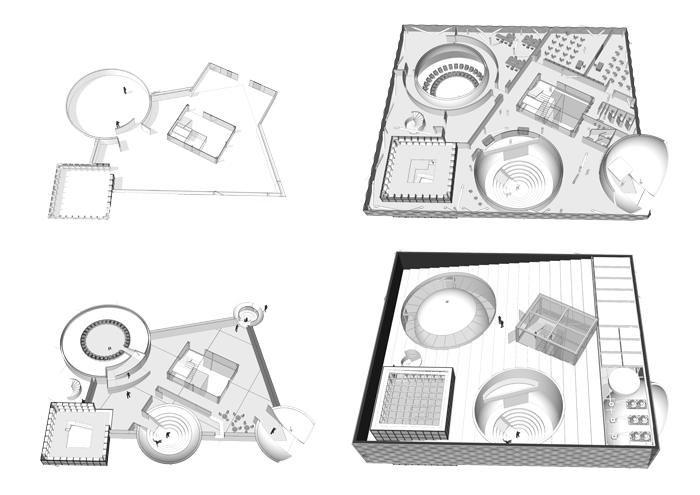 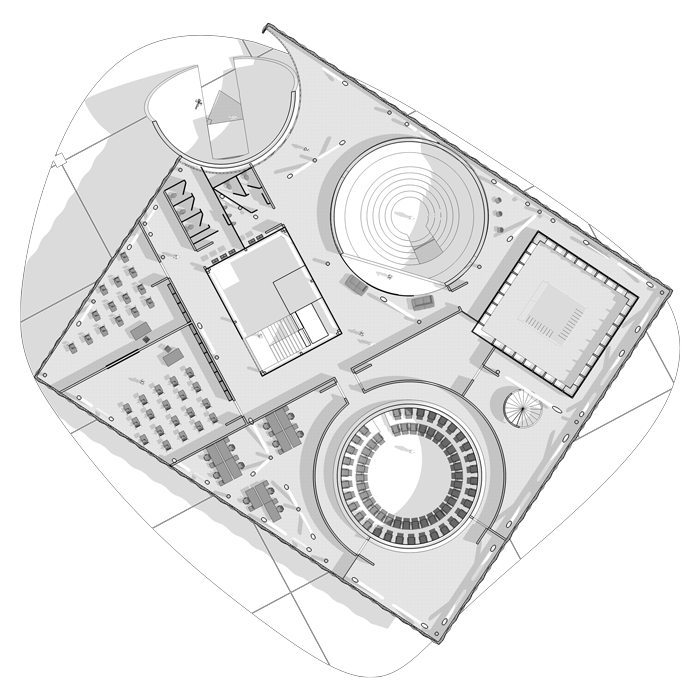