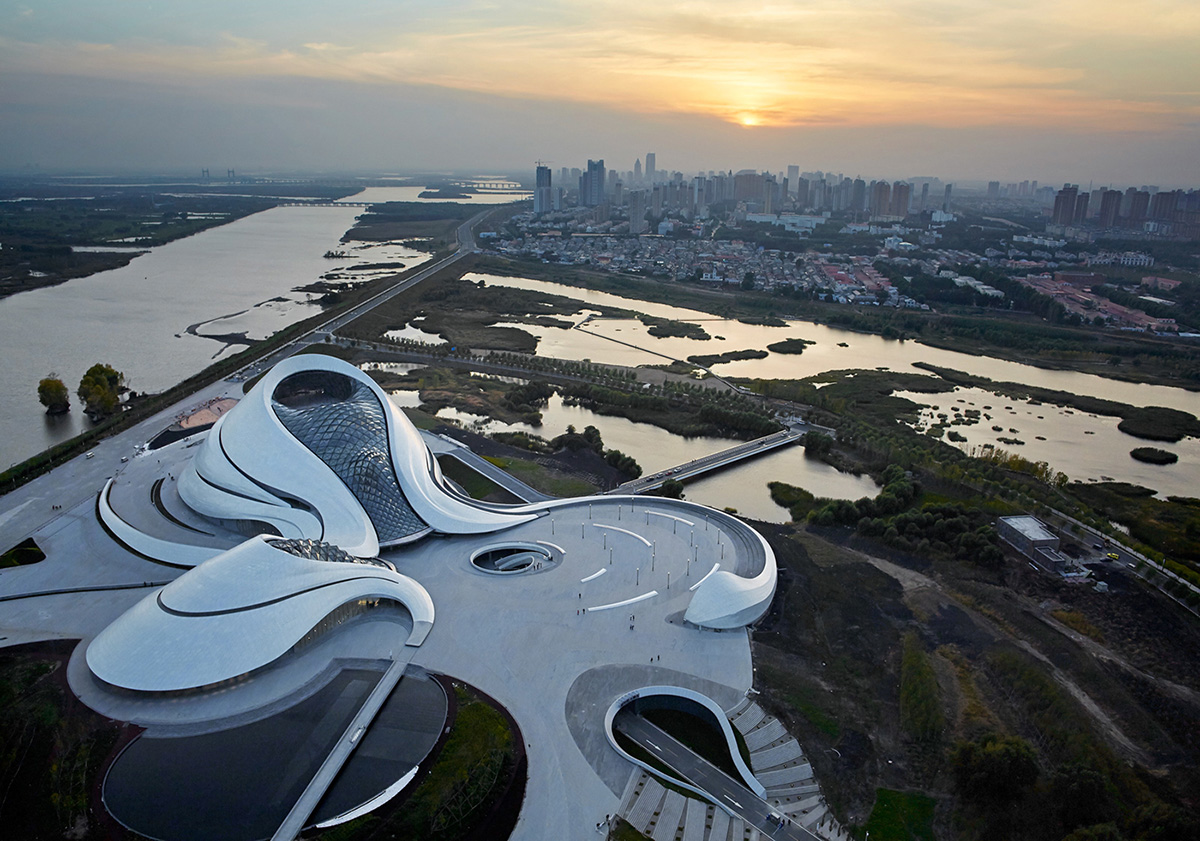 MAD Architects' Harbin Opera House has finally been completed, located in the Northern Chinese city of Harbin. In 2010, MAD won the international open competition for Harbin Cultural Island, a master plan for an opera house, a cultural center, and the surrounding wetland landscape along Harbin’s Songhua River. The sinuous opera house is the focal point of the Cultural Island, occupying a building area of approximately 850,000 square feet of the site’s 444 acres total area. It features a grand theater that can host over 1,600 patrons and a smaller theater to accommodate an intimate audience of 400. 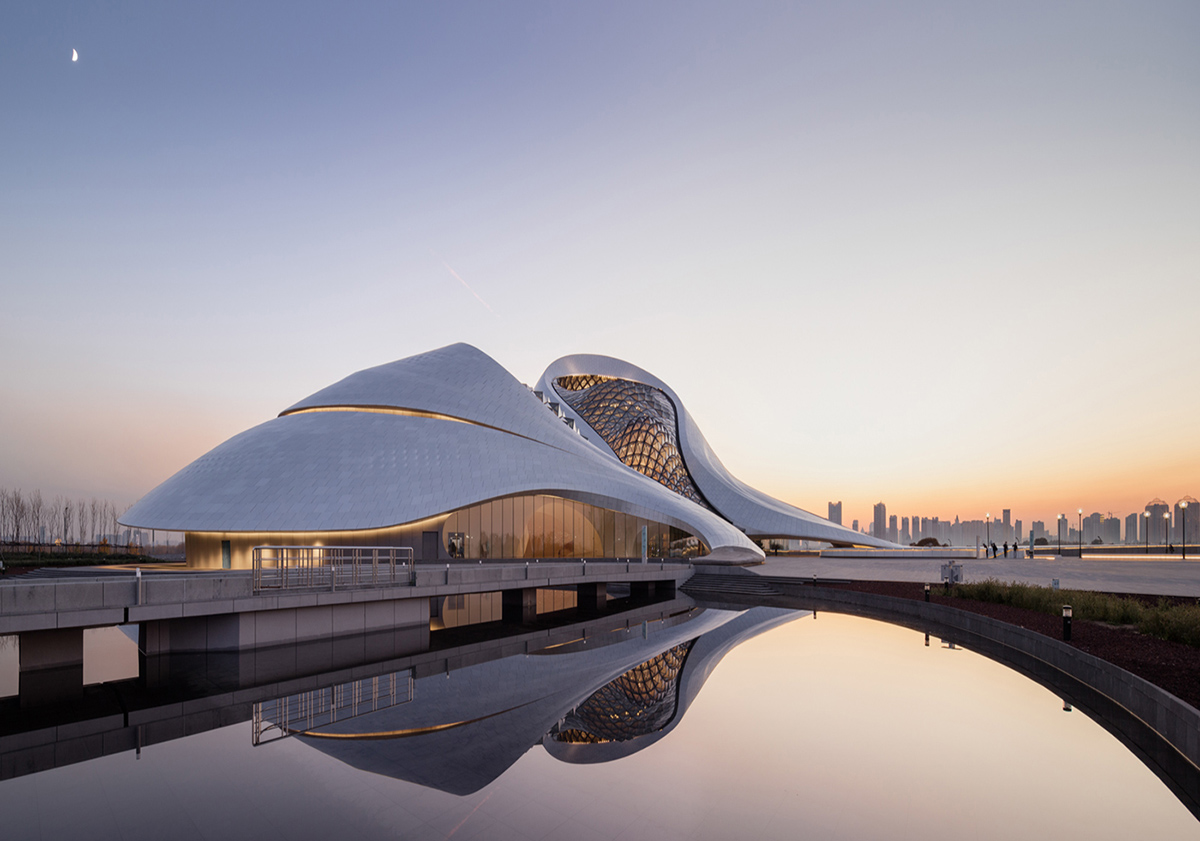 Embedded within Harbin’s wetlands, the Harbin Opera House was designed in response to the force and spirit of the northern city’s untamed wilderness and frigid climate. Appearing as if sculpted by wind and water, the building seamlessly blends in with nature and the topography—a transfusion of local identity, art, and culture.  “We envision Harbin Opera House as a cultural center of the future – a tremendous performance venue, as well as a dramatic public space that embodies the integration of human, art and the city identity, while synergistically blending with the surrounding nature,” said Ma Yansong, founding principal, MAD Architects. 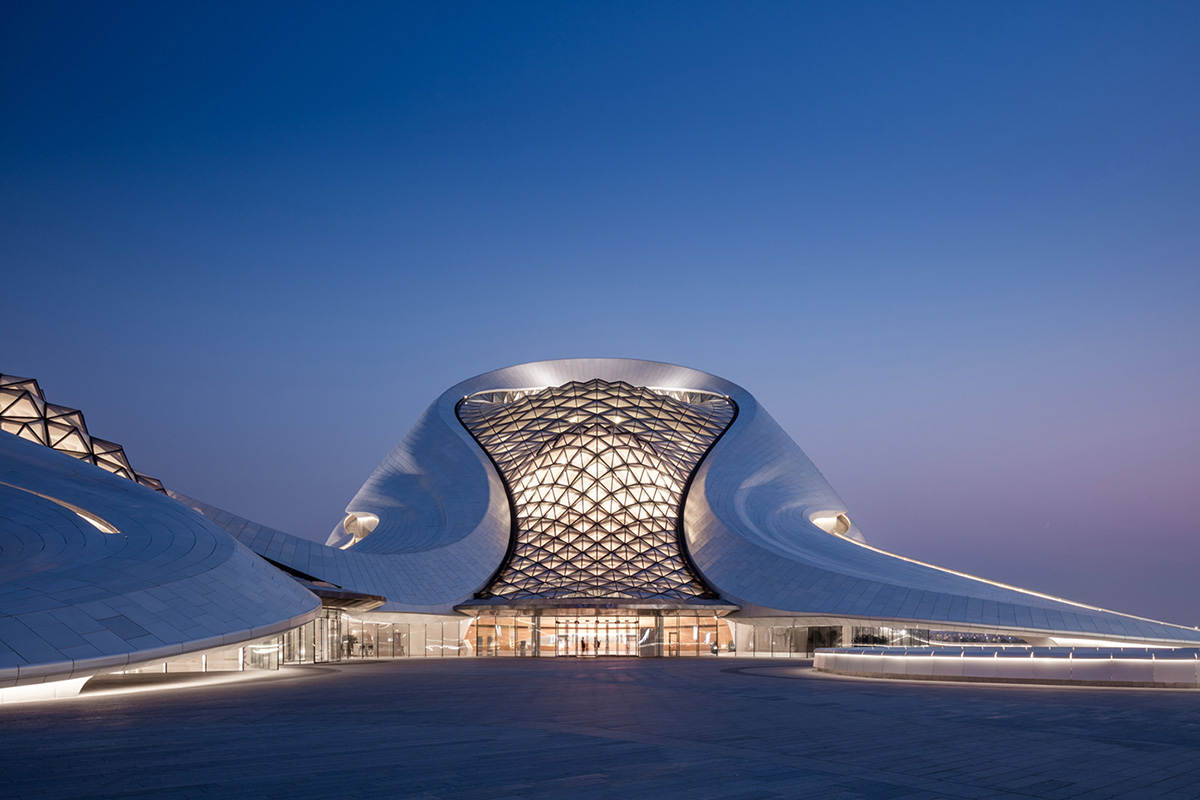 MAD Architects' design approach shows that on the exterior, the architecture references the sinuous landscape of the surrounding area. The resulting curvilinear façade composed of smooth white aluminum panels becomes the poetry of edge and surface, softness and sharpness.  The journey begins upon crossing the bridge onto Harbin Cultural Island, where the undulating architectural mass wraps a large public plaza, and during winter months, melts into the snowy winter environment. 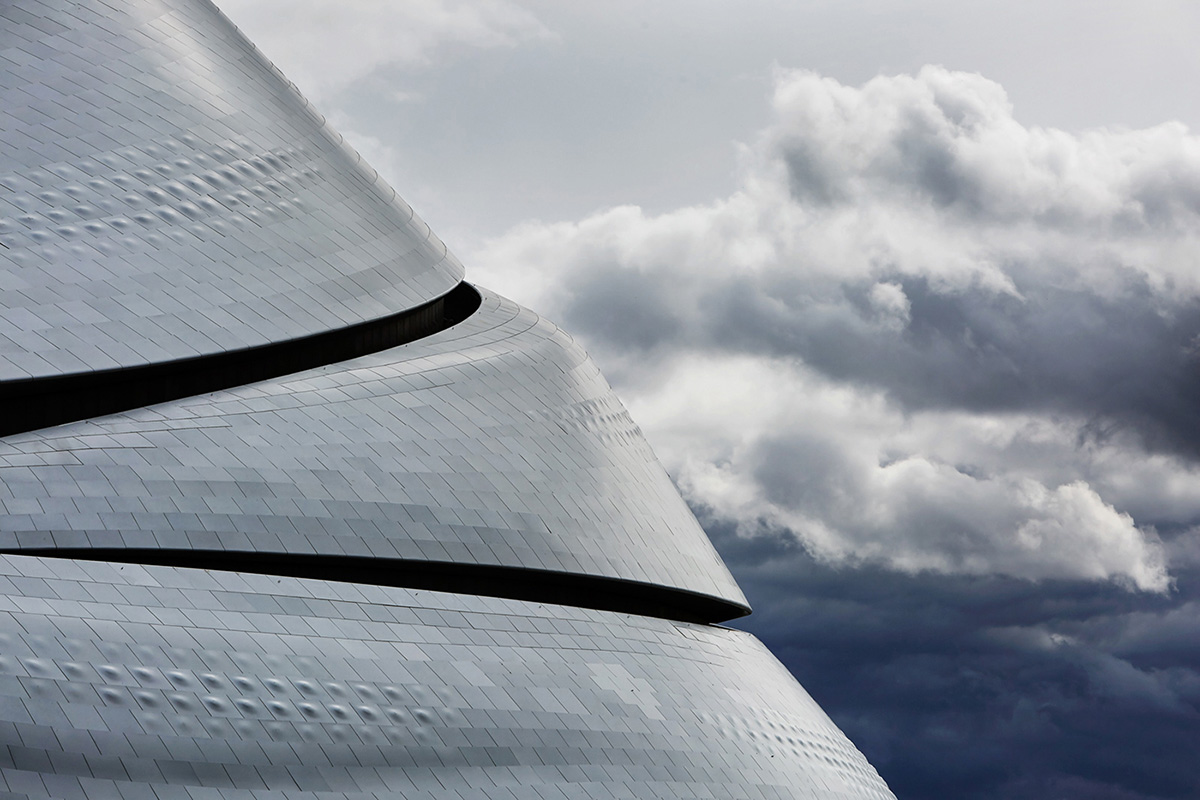 Surpassing the complex opera house typology, MAD articulates an architecture inspired by nature and saturated in local identity, culture and art. As the Harbin Opera House deepens the emotional connection of the public with the environment, the architecture is consequently theatrical in both its performance of narrative spaces and its context within the landscape.

The façade in contrast to the Harbin skyline. image © Hufton+Crow 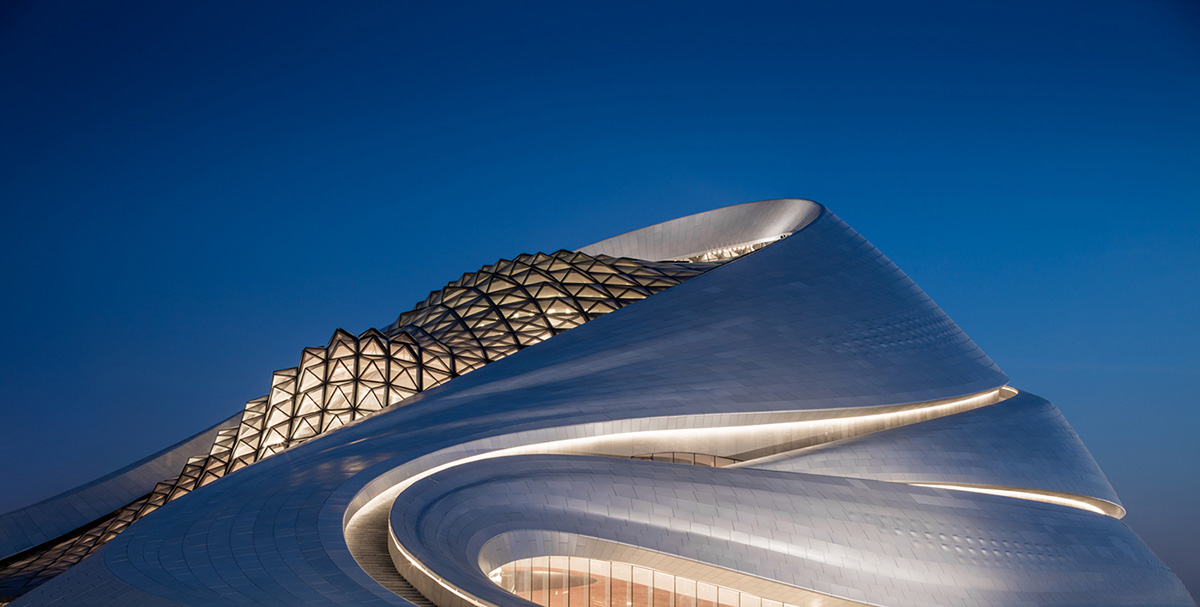 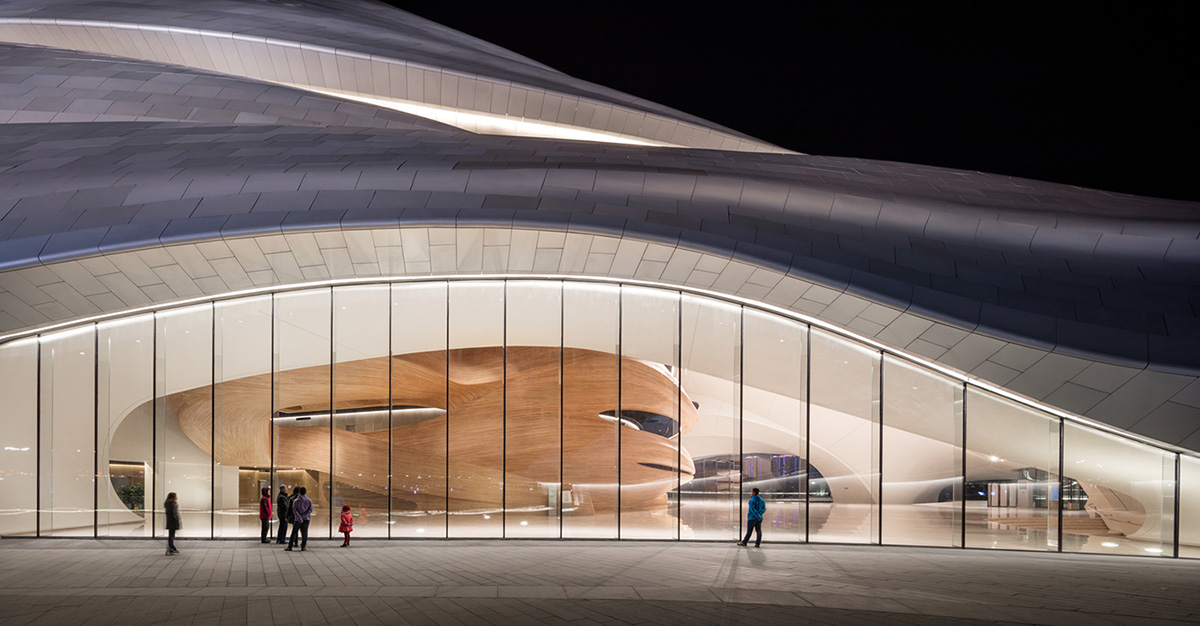 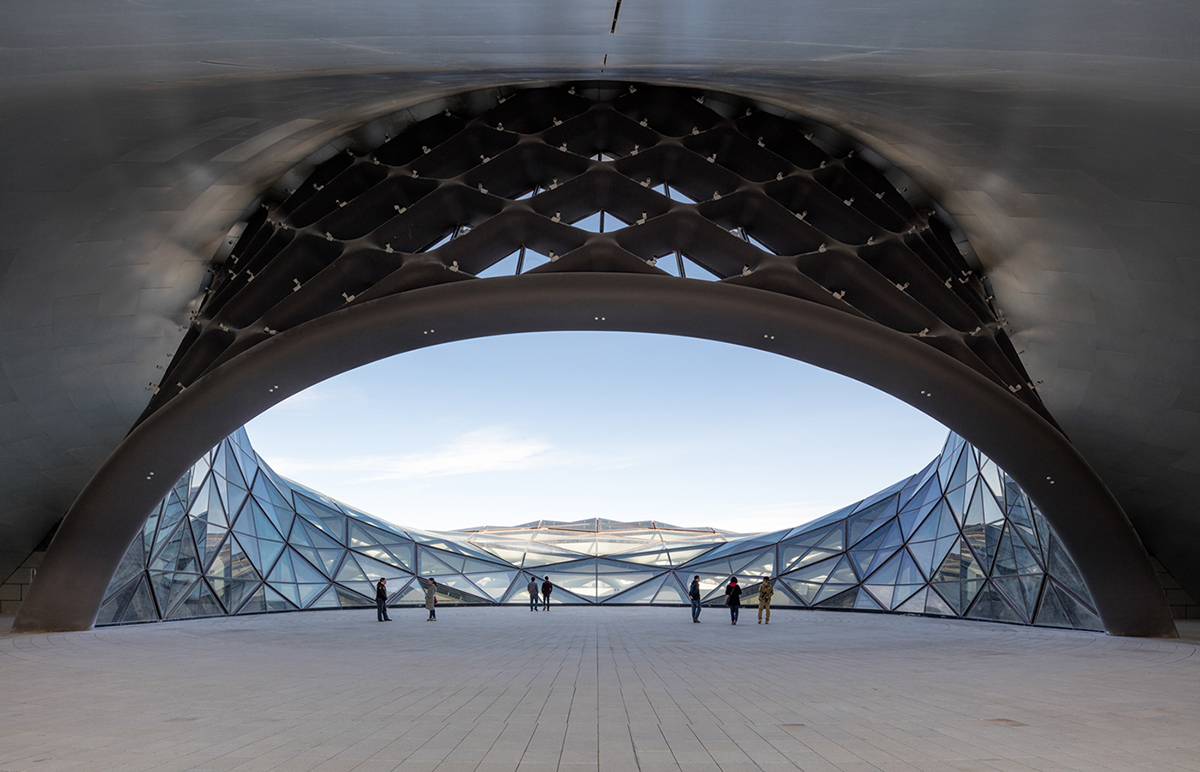 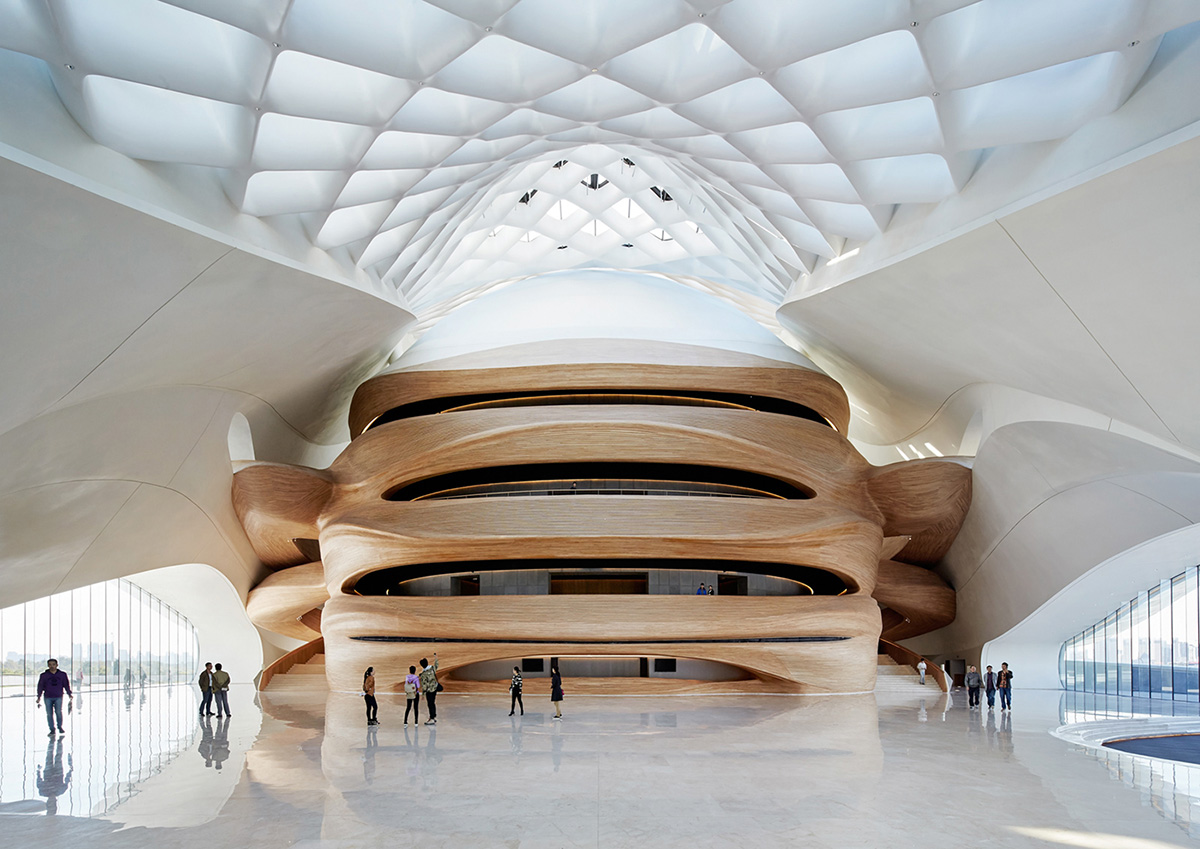 the lobby of the grand theater. image © Hufton+Crow

the lobby of the small theater. image © Hufton+Crow 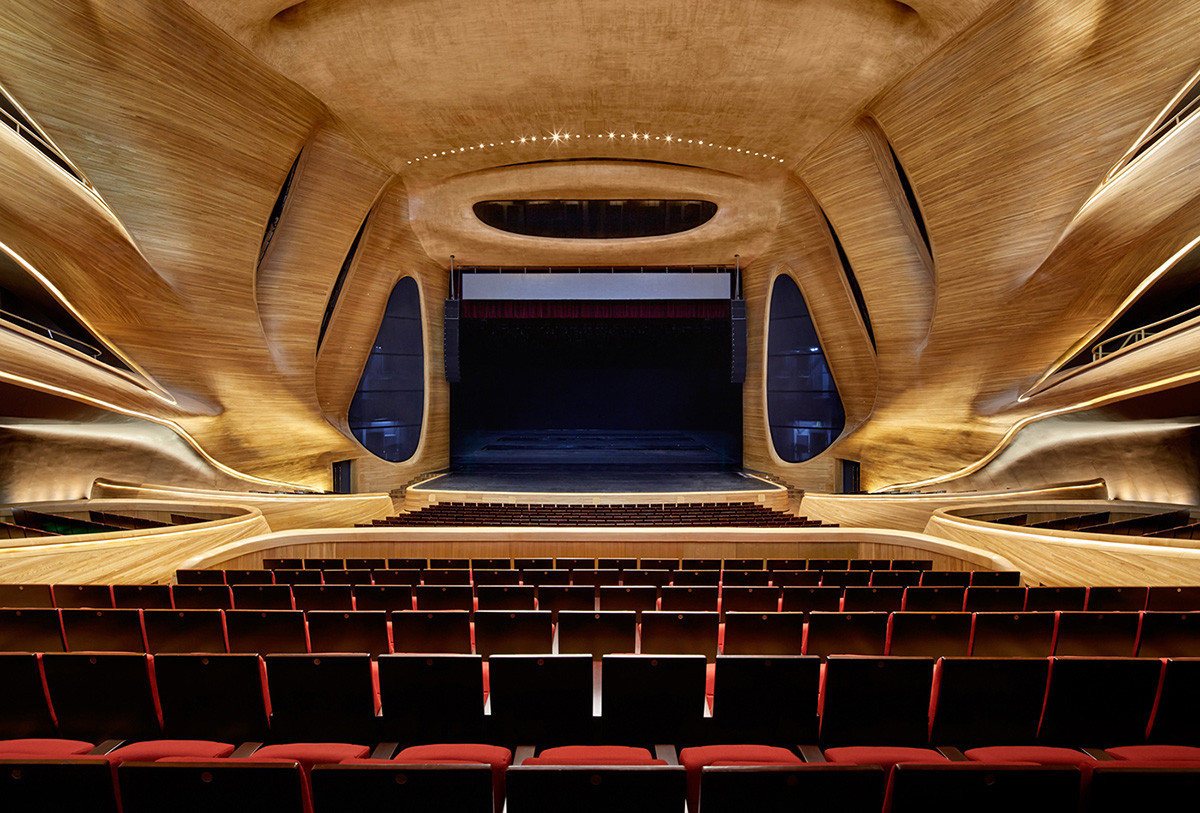 view of the grand theater’s main stage and the proscenium. image © Hufton+Crow 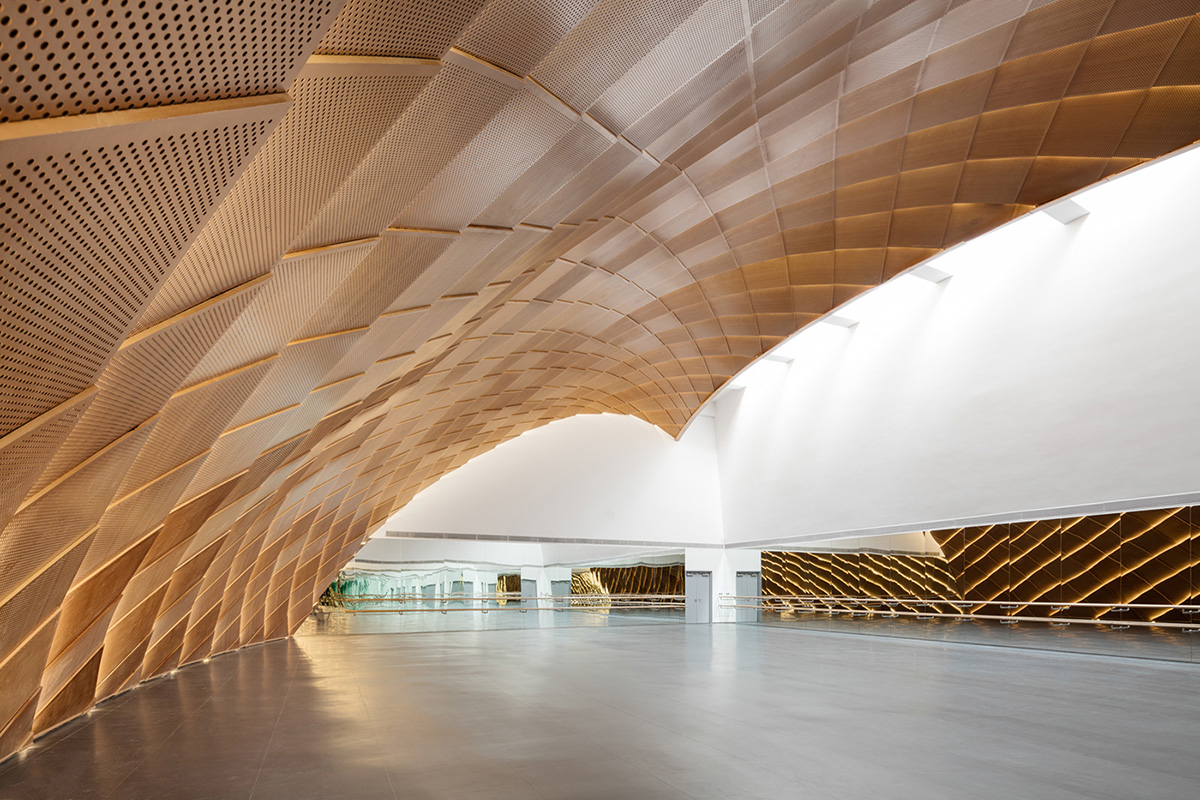 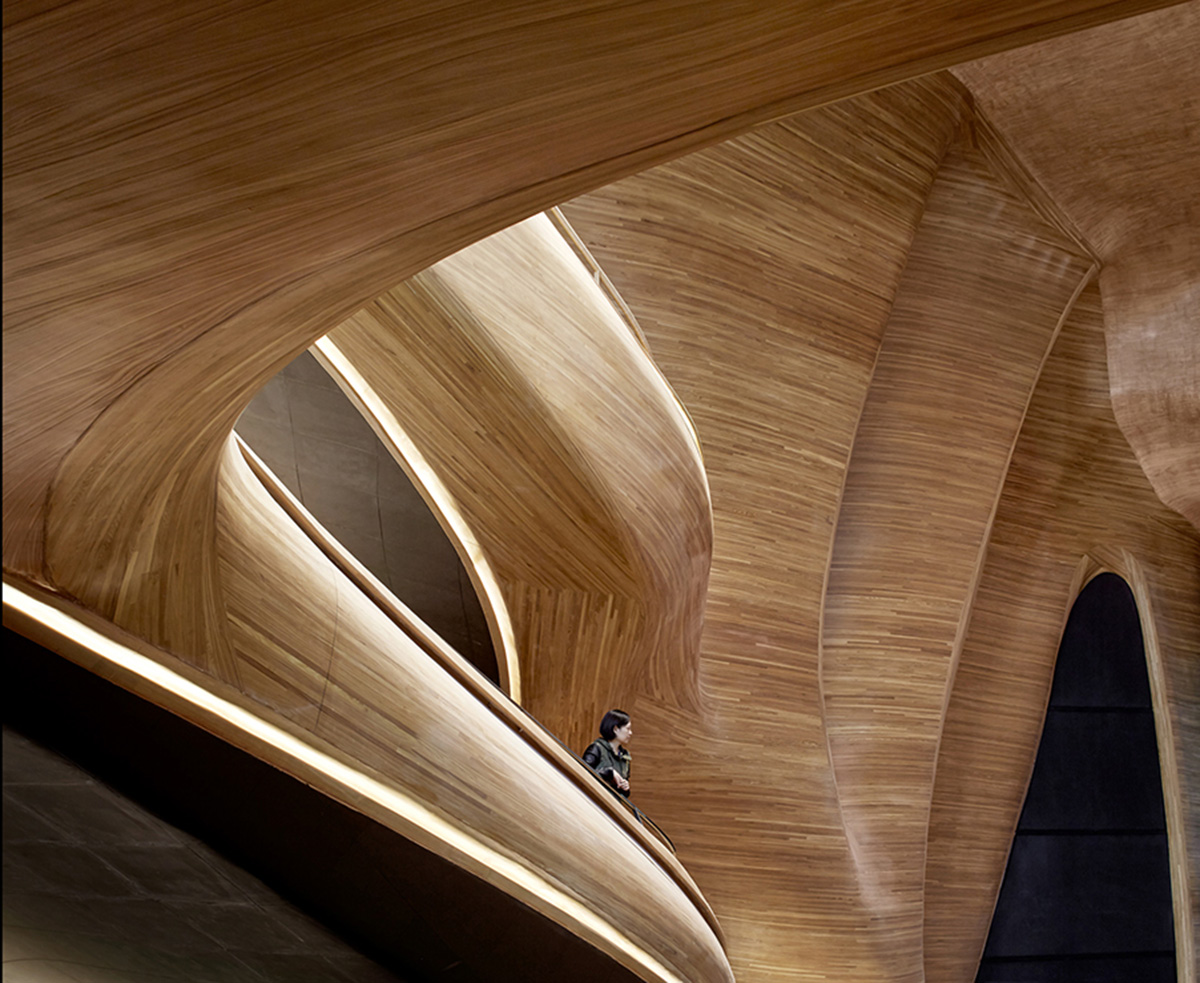